There are a lot of ways that you can spend a special night in Nova Scotia. Never is that more true than on New Years Eve. We have everything from formal balls, to big bands, to 5-course dining to DJ’s spinning hits from the 80’s through to today. 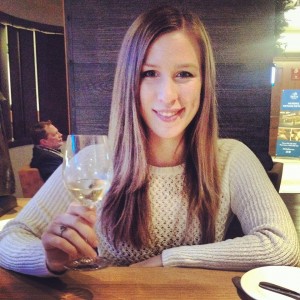 But for Drew and I, our favourite way to end a year is together with good food, good wine, and space to reflect on the year that’s just past. This year, while we were putting together our first Local Traveler NYE Guide, The Harbour City Grill invited us to spend New Years Eve with them.

We have been to The Harbour City Bar & Grill before, most recently for the launch of their $25 Lobster Dinners (yes, you read that right!). We stopped in during the Chowder Trail in 2012, and even before this blog was created, dinner and a night at The Delta Halifax has been a welcome retreat. We use to escape there when life was getting hectic for a working vacation, because really, what gets the creative juices flowing better than a clean room, a pool & hot tub area, and people watching over dinner (just us?). 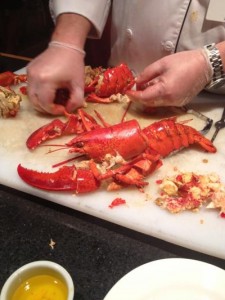 But back to New Year’s Eve…

We opted for the earliest seating they had, keen to get in before the rush. And because it was New Years, we started dinner with cocktails, two apple-based winter creations with a little kick. 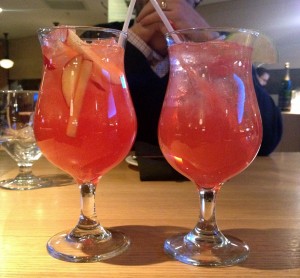 The cocktails didn’t quite hit the spot for us, but we had come prepared. The Harbour City Grill has a great year-round program that gives diners free corkage on ANY BOTTLE OF NOVA SCOTIA WINE! It is one of the many ways that Harbour City is working to support the buy-local movement here in Halifax. For a place that sees more than 150,000 tourists each year, it’s a powerful way to encourage visitors to dive into our local wine scene. 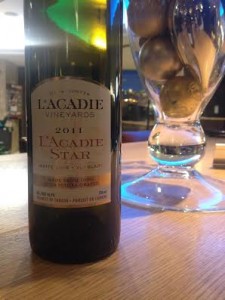 We took a quick peek at the buffet and planned our attack route – 5 trips in total; one for appy’s, one for dessert, and one for each meat dish that had been prepared for the night.

The food hit the spot. I could have spent the whole night on appy’s, a mix of local smoked fish, cheese, and salads, while Drew was all about the prime rib. But what I want to talk about most is the staff. 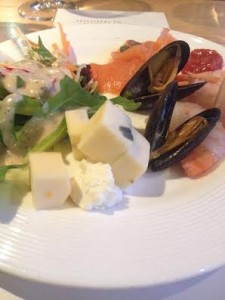 The staff were all amazing. The bartended had me in stitches as I eavesdropped on his conversations with other guests, and we had not one, but three people circulating the room and checking in on us and other diners to make sure we were having a great experience.

Drew and I spent two hours eating and finalizing our resolutions for 2014:

With all of our talk about our 2013 accomplishments, I was left wondering what The Harbour City Bar & Grill was most proud about in 2013. So I asked…

But as exciting as 2013 was, they’re keen to top it in the new year. They plan to establish Harbour City as a place to wind down and relax after work with a continued focus on their “Run to the Grill” Happy Hours and to continue to offer great options to visitors and Haligonians looking for a great dinner experience before heading to the Metro Centre or downtown.

Note: As you can probably tell from our bio, title, and blog content, we are fierce supporters of the maritime provinces.  We love our little corner of the world dearly, and we want to show you as many amazing things to see and do here as we can. The Harbour City Bar And Grill invited us to spend New Years with them, providing our meal free of charge, a huge help in enabling us to continue providing posts on amazing places close to home. The opinions in this post are our own.