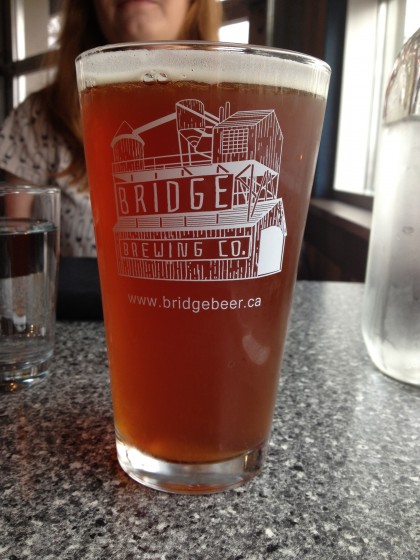 Click here to return to our NS Craft Beer Guide

North Brewing Company (formerly Bridge Brewing) is a Belgian style craft brewery in Halifax’s North End. It was started by Peter Burbridge, a young entrepreneur and brewer. Their shop has a fun, community feel – in fact, all of their logos and design work were created by friends and neighbours in the North End. All beer is unfiltered, unpasteurized, preservative free and naturally carbonated. North is working to become a zero-emissions brewery.

North Brewing explained the name change in a recent interview with The Chronicle Herald. They were experiencing confusion on social media with another Bridge Brewing company in Vancouver, and wanted to make sure that they had their own identity before they increased production. In February 2014, they doubled their original production of 1200 litres a week. They have plans to further increase production to around 5,000 liters a week. North Brewing was named Best New Business of the Year (2014) by the Halifax Chamber of Commerce.

We Recommend: Trying out the Gus 65m Ale right across the street from the brewery at it’s namesake location, Gus’ Pub.

Click here to return to our NS Craft Beer Guide