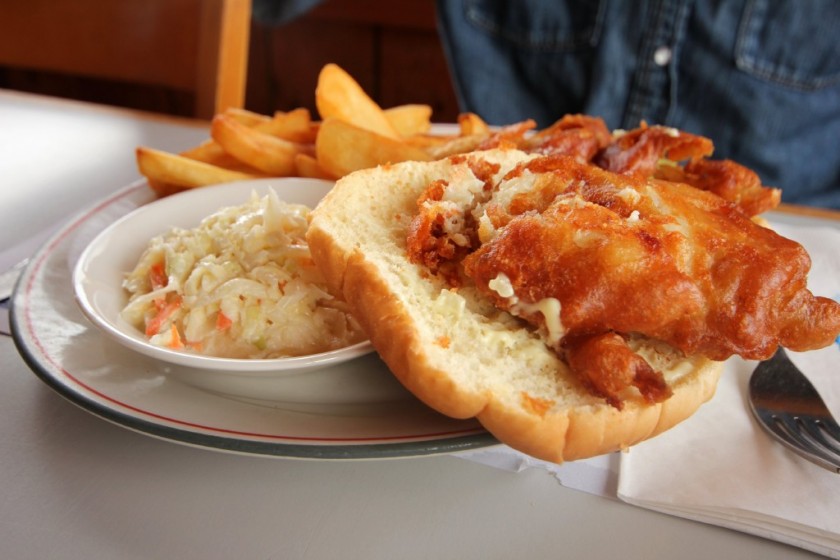 The Sou’wester is a family-owned restaurant located in iconic Peggy’s Cove, Nova Scotia. The restaurant has an ideal location, with a view of the rocks, the lighthouse and the Atlantic.  The thick wood beams and nautical touches are what you’d expect (and want) from a place that shares its name with a fisherman’s hat. 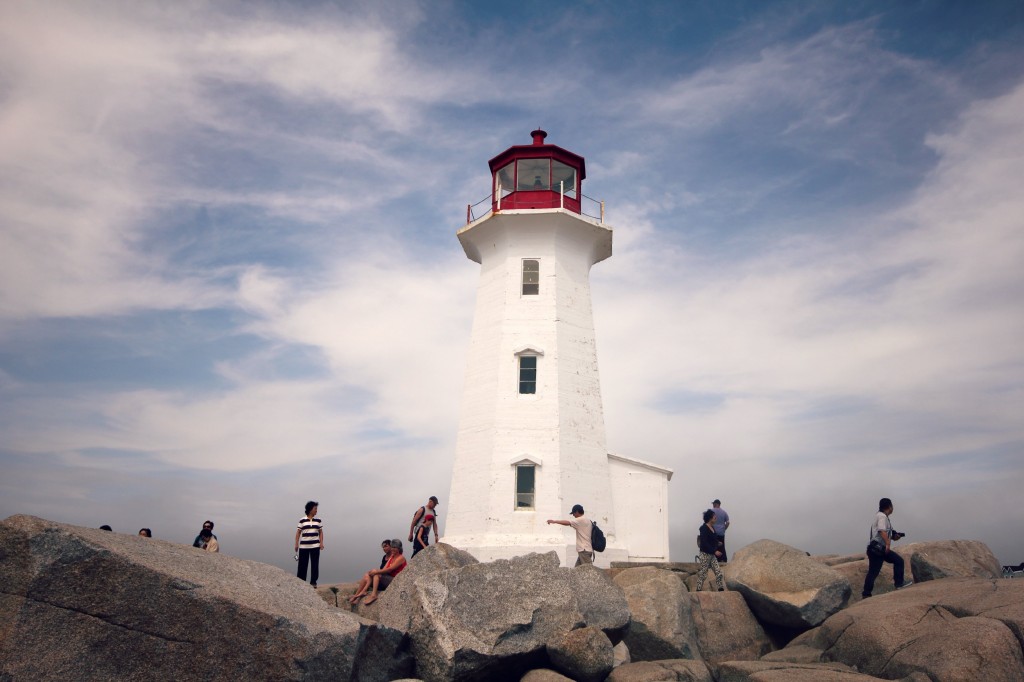 Because this is such a tourist destination, we were ready for some seriously overpriced menu items, and we were very pleasantly surprised.  At $10 for the haddock burger platter and $11 for the chowder, the menu is more than reasonably priced.

The haddock burger had a satisfying crunch to its batter, and had a nice layer of tartar sauce.  It came with those thick steak fries that are good for dipping in anything, even tartar sauce.

Unfortunately, we were pretty disappointed with the chowder.  The warm rolls that came with it got it a point, but we found the chowder was really overcooked, and just didn’t taste fresh, at all.  Our advice: stick with the haddock burger, the chowder got a 6.5/10.