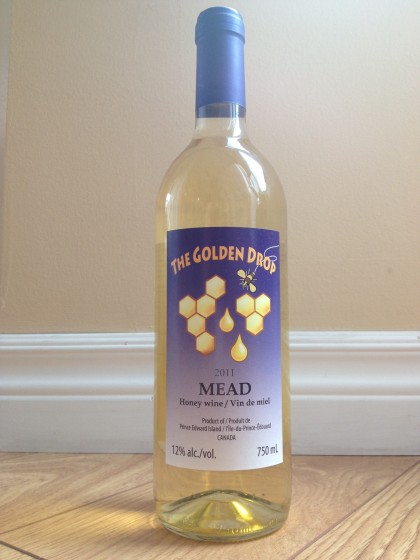 I’ve made mention before of how my literary choices have often directed my travels.  I particularly enjoy historical fiction, especially from the Middle Ages or earlier.  So I end up reading about a lot of people who drink mead.

Based on the descriptions, I always thought that mead was something like moonshine, as fiery as it would be sweet with its hint of honey.  But, I’ve never come across it to find out for myself, so I was pretty excited to find out that there is a place in Canoe Cove, Prince Edward Island that produces Mead, we had to add it to our travel itinerary. Honeydew Apiaries is only about 20 minutes southwest of Charlottetown on Canoe Cove Road.  An apiary is a bee yard, and this one has over 200 beehives.  The owner, Daniel Ficza, began beekeeping as a hobby in his native Switzerland, and it was something he continued after he immigrated to Canada.  He bounced around a few places, including Hants County in Nova Scotia before ending up on PEI. Here on the island Daniel and his family produce a wide variety of items, from the mead, to church candles to, of course, jars of honey.  Mead is, in fact, simply wine made from fermented honey.  Honeydew sells their mead in regular wine bottles, which can be bought at the Charlottetown Market and LLC locations.  Daniel let us sample it and it was much smoother than I had expected.  We picked up a 750mL bottle and could not resist getting a large jar of his honey, too. Honeydew Apiaries also sell candles, skin cream and lip balm. They don’t have a website but can be reached at honeydew@pei.sympatico.ca