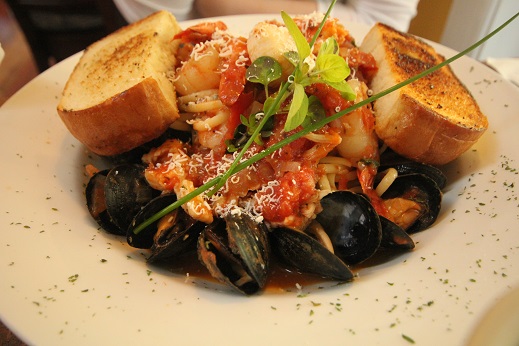 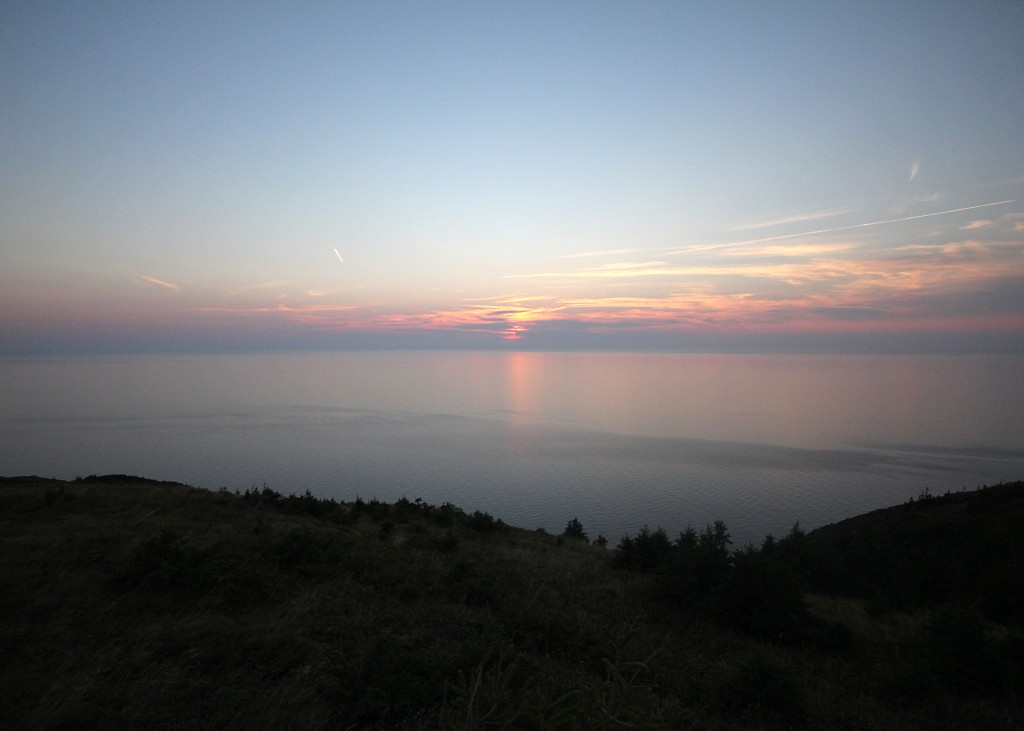 Main Street is one of the few restaurants in Ingonish, but it is a testament to the phrase, “Quality over quantity.” This family-owned and operated restaurant opened its doors in 2002, and has become a fixture in the local community. The father works the kitchen, the mother takes care of the bookkeeping and their daughter looks after the service. 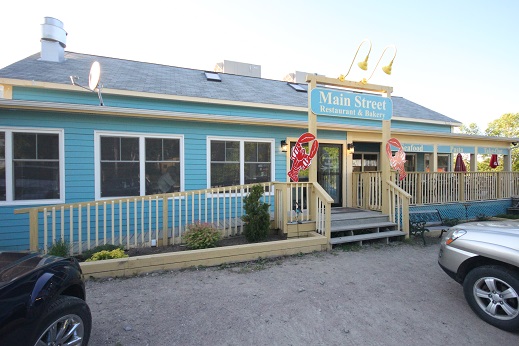 Main Street, as its name indicates, is located right on the main road through Ingonish, and not far from Ingonish Beach. It has a large patio area out front and along one side, and an attached bakery on the other side. Inside, the high ceiling gives it a spacious feel. 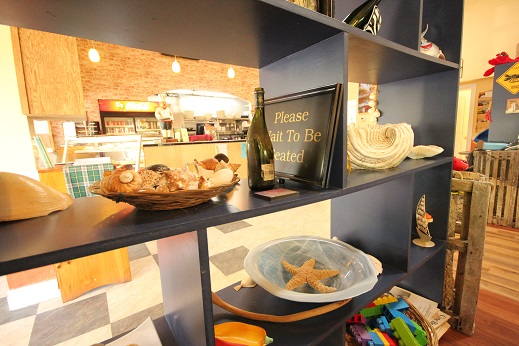 The décor speaks to the coastal community, with things like lobster traps and netting, and it also features a flat screen TV on the wall to catch the game (I was there in the middle of Stanley Cup playoff season). 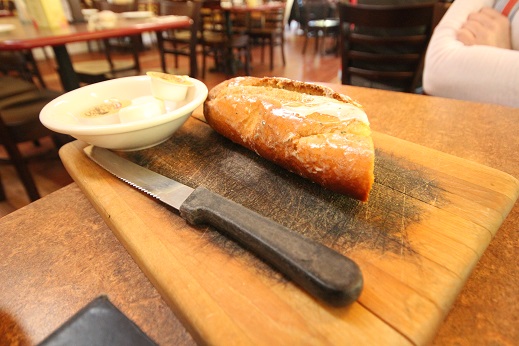 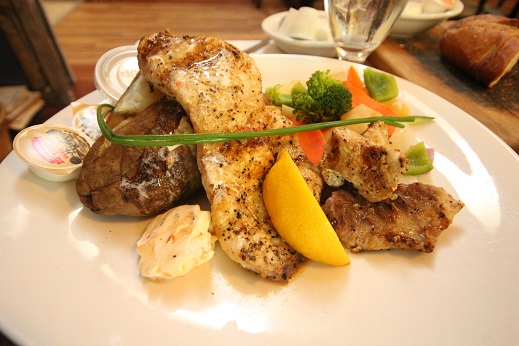 Our server was friendly, and never failed to refill our coffee and water. He offered a few suggestions when I asked for something seafood, likely inspired by the restaurant’s décor. I settled on the shark steak with baked potato, mostly because it was caught at Neils Harbour where I was that afternoon.

The shark was seasoned with Montreal steak spice and came with steamed vegetables along with a choice of potato. The portion was generous, and well worth the $18.95.