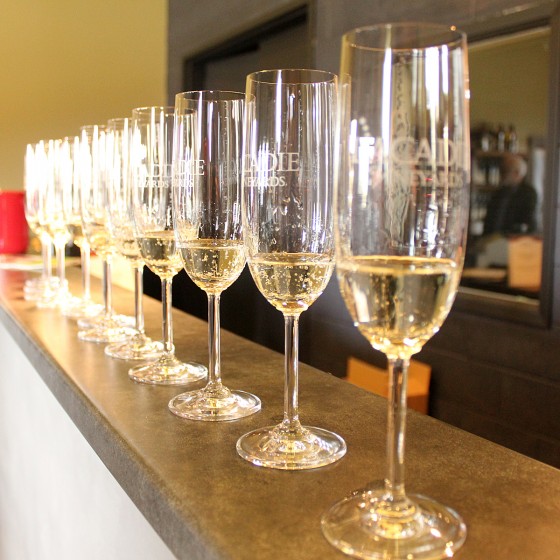 Drew proposed to me down on the waterfront, just down the street from our first place, and a spot that had many great memories. The first thing we did (besides me saying yes and beginning to make my way through my phone list to share the good news) was to pop into Bishop’s for some wine. We wanted something special, to which they suggested L’Acadie sparkling. I still have the empty bottle.  It was my first NS sparkling, at a time that I still believed I did not like NS wines, but the L’Acadie was a game changer.

Two and a half years later, on our honeymoon, L’Acadie was a key stop on our Walking Winery Tour. I got to meet Bruce Ewert and his wife, Pauline Scott, and hear all about their impressive wine history and their big move from BC to Nova Scotia.

In 2004 the pair, known as one of Canada’s most experienced sparkling winemakers, moved to the Annapolis Valley from British Columbia, with stints along with way in the wine regions of Australia, California and Ontario. His mission when he landed here was to start Nova Scotia’s first certified organic winery, L’Acadie Vineyards.

Now, nine years later, Bruce Ewert has achieved a big milestone. His newly released 2012 vintages marks the first year that every bottle proudly bears the certified organic logo of a rising maple leaf and is controlled by the Canada Food Inspection Agency. 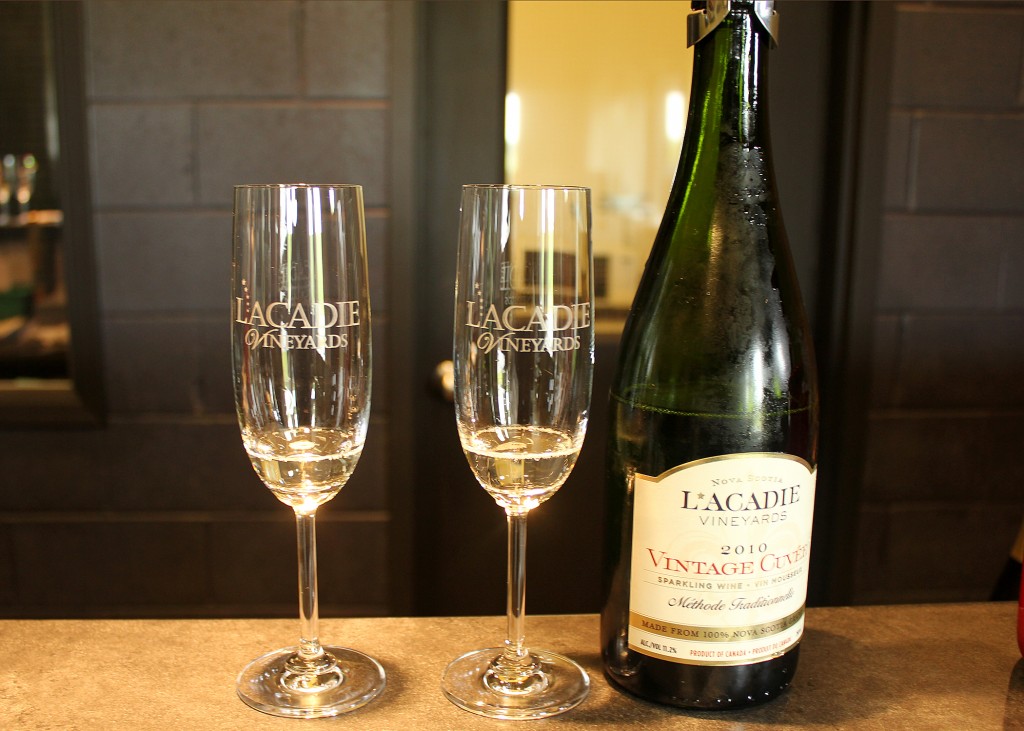 2012 marked their largest harvest to-date, with a mix of grapes grown on their estate as well as from their four Nova Scotia contract vineyards who help supply the balance of the grapes required for L’Acadie’s wines. 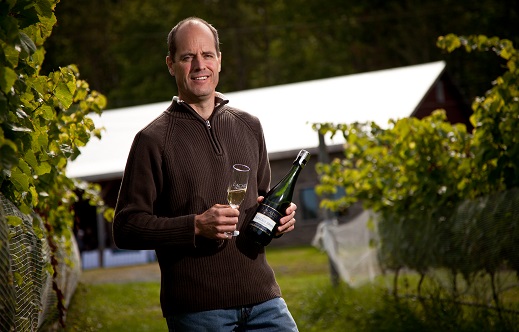 In a recent press release announcing the achievement, Bruce expressed his excitement.  “It’s a real milestone. It takes three to five years for vineyards to produce grapes and to become certified. It has been a long road and we’ll be celebrating at our winery’s anniversary this summer.”

“I would not grow grapes any other way, ” Bruce says. “We use composted manure, compost teas and seaweed extracts which help with soil enrichment and maintain healthy microbiological life and earthworm populations. We use no pesticides, fungicides or chemical fertilizers whatsoever, on any of our vineyards”.

The winery is open to the public seven days a week, from 11 am to 5 pm at 310 Slayter Road in Gaspereau, just outside of Wolfville. If you can’t make it up, why not raise a glass to their achievements at home?  Their wines are available at the four private wine stores in Halifax- Bishop’s Cellar, Cristall Wine Merchants, Premiere Wines and Harvest Wines and at select NSLC stores throughout the province.