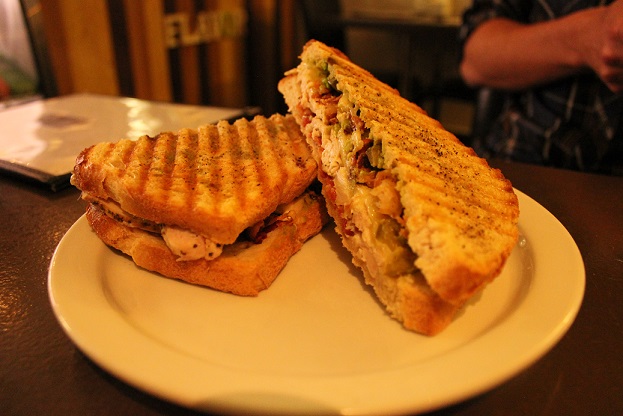 I’ve been hearing about Flavor (@CBFlavor) since it opened five years ago, whispers of a place that was changing the food scene in Sydney with local and gourmet options.  Flavor is the brainchild of Scott and Karry, two well-travelled teachers with a dream of opening their own bistro-style restaurant in Cape Breton. 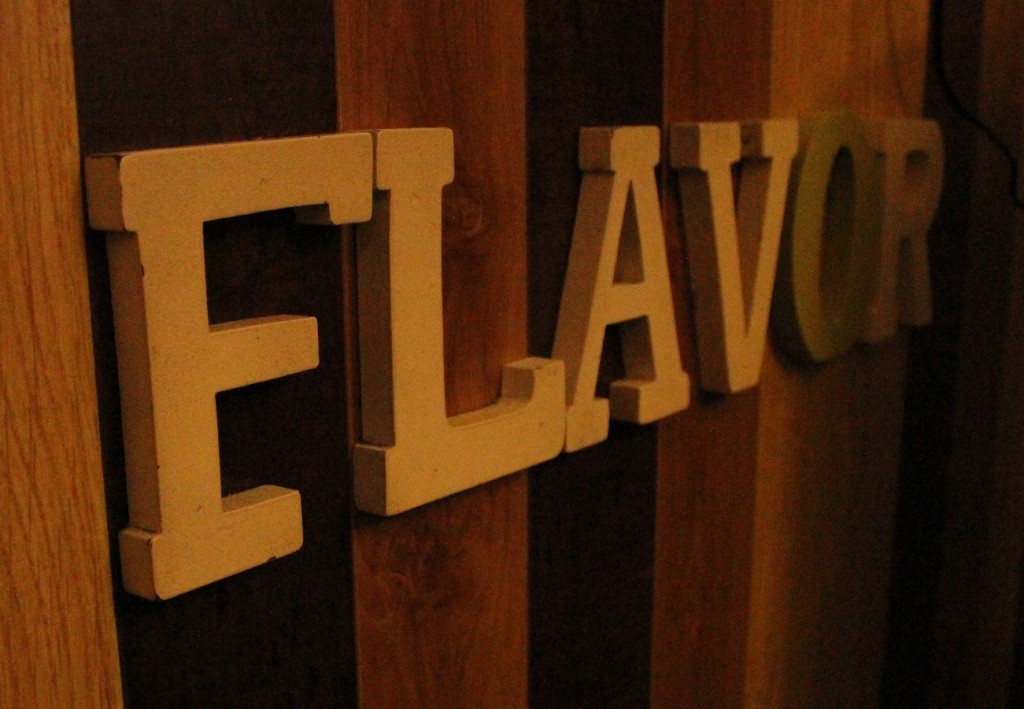 In 2007 that dream came to fruition with the launch of their first location in downtown Sydney. The original restaurant drew on cuisine inspiration from France, Italy and Greece.

Today there is not just one but two locations, now that Flavor 19 has opened at the Lingan Golf Course on Grand Lake road.  Each location has a unique but equally impressive menu catering to the different tastes of their downtown clientele and their golf course customers. 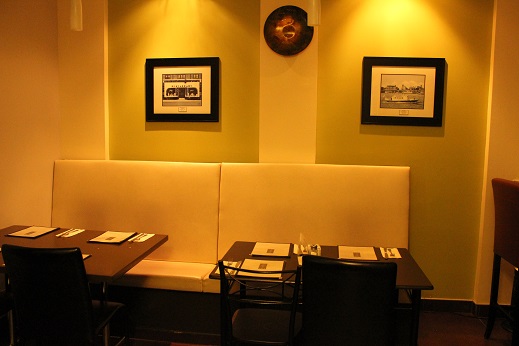 We dined at the downtown location, a small, cozy, cool space with room for about 20 people.  The menu is an eclectic mix, with everything from steak to sandwiches to pulled pork to build your own curry.  They even have a full paleo menu, one of the many customer suggestions that got incorporated into the menu.

The coolest part about Flavor is how much they care about their customers, and how much it is reflected in the menu and service.  The staff not only goes above and beyond, they are constantly seeking feedback and opinions about their menu and service. They recently held a contest called “The Great Grilled Cheese Challenge”.  Customers submitted ideas for unique grilled cheese sandwiches and each week, two of these sandwiches were selected to go head to head in a week-long battle for the most votes.  The winning sandwich by sales was named the weekly victor, with the creator receiving a $25 gift card.  It ended with a final battle between the weekly winners, an epic battle for the title of ‘the grilled cheese guru’, complete with a trophy and a $100 gift card.

Prior to that, they had their chefs dream up gourmet sandwiches with customers voting for their favourite. The winner was called Joe’s Flavor Bomb, a gigantic sandwich filled with chicken breast, smoked bacon, onion frites, jalapenos, fresh guacamole, fresh mozzarella and mayo (I want one now!).  Drew opted to start with the Flavor Bomb, while I went with a Roasted Tomato and Basil Crostini with balsamic drizzle on gluten free bread. 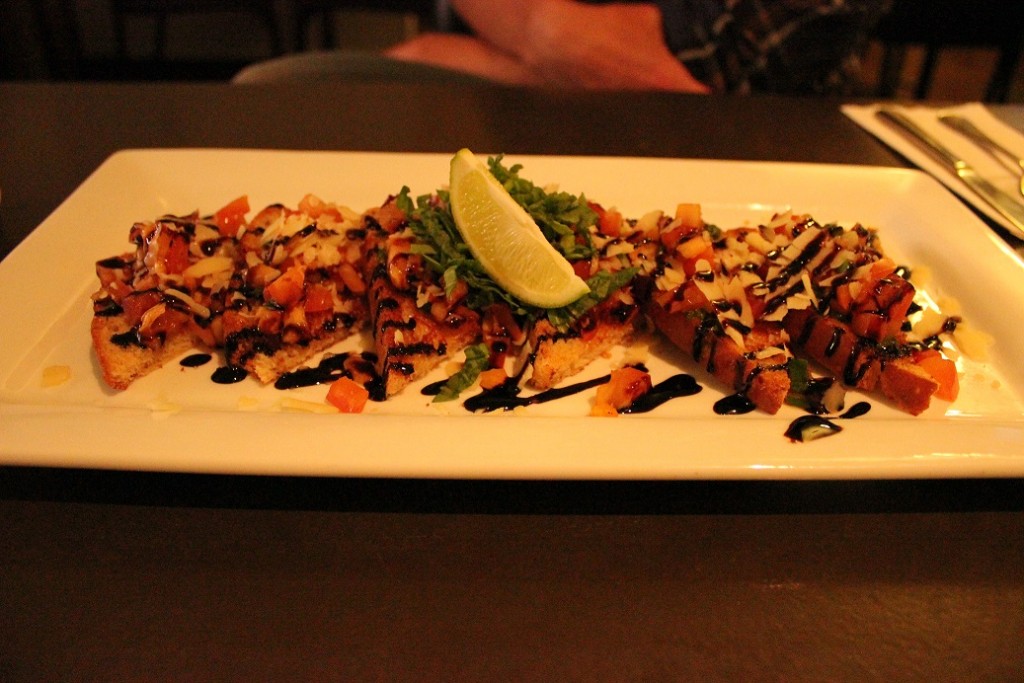 Both starters were delicious, and very filling, so we decided to just split a main course.  We agreed on the steak with root beer pulled pork and sweet potato home fries, one of the paleo options on the menu. 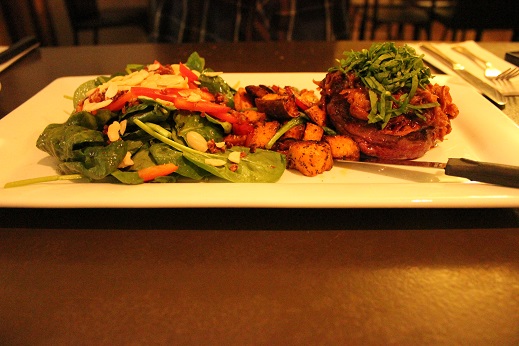 This was my favorite part of the meal. The steak was cooked to order (rare in our case) and the pulled pork was rich, juicy and braised to perfection in a sweet, salty sauce.  We just barely finished the plate between the two of us, but still found room to try their gluten free cheesecake with what tasted like a candied graham cracker crust and topped with berry preserves (can you blame me?). 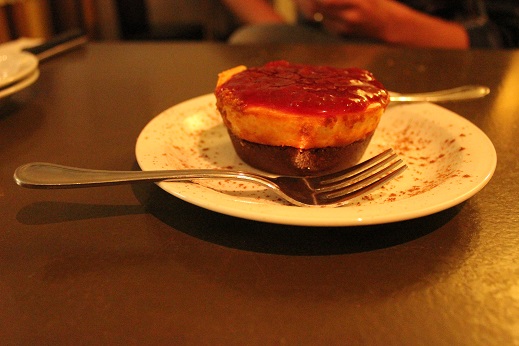 Flavor uses local foods (much of it from the Baddeck Market) as often as they can, and if you dine there in the fall during harvest the menu is overflowing with local goodies.

Prices ranged from $17 to $27 for their dinner options and $7 – $15 for lunch.  Over the past few years, Flavor has been recognized by various organizations including recognition as the best business expansion, and the people’s choice award for best place to dine in 2010 and 2011. They were also recently featured on You Gotta Eat Here.