It wasn’t a happy story that led to the creation of Tears of Glass.  Not unlike the seaglass that makes up her creations, Brenda Reichel’s company was shaped by the water.  A few years ago, Brenda was living in Churchhill, Manitoba when she received word that her son had gone missing.  A few days later, they discovered that he had drowned near their home in Inverness.

“You never really heal over the loss of a child, you learn to cope and that’s just what I did,” Brenda says. 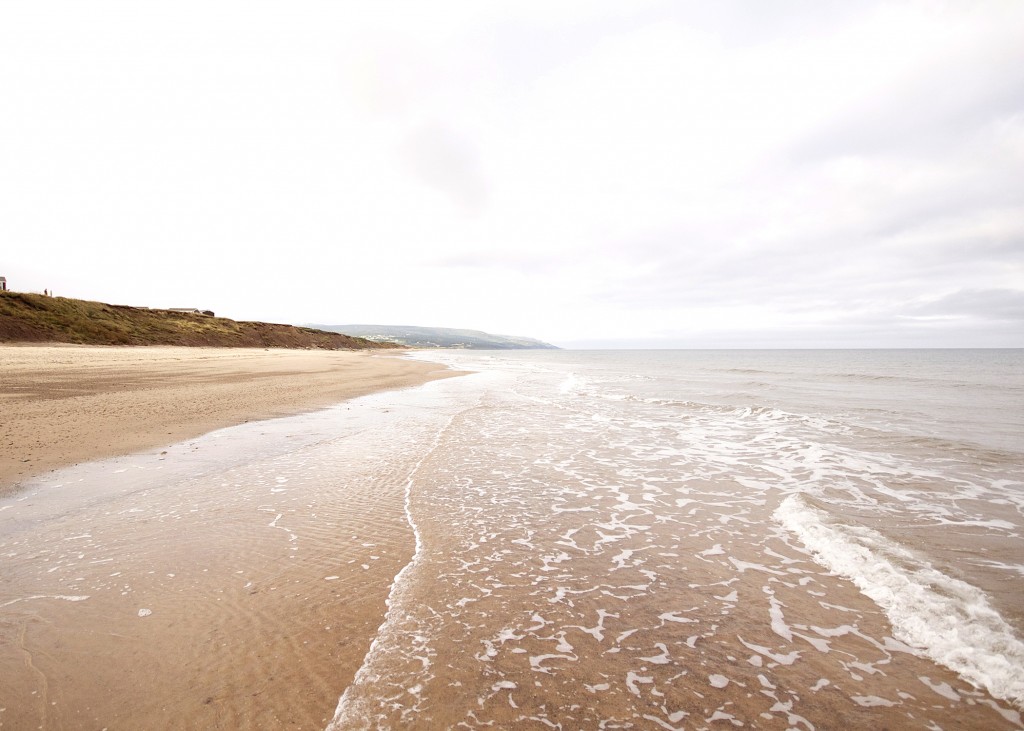 To help her cope, Brenda returned to Inverness and started walking the beach and picking up seaglass.  There, she found that she was not alone.

“I’ve met so many people that also find their peace in this way.  Everyone has a story walking on the beach looking for answers to cope with their tragedy. It can be very spiritual,” Brenda says.

She started making jewellery from the seaglass she found on her walks.  Pretty soon Friends and relatives started bringing her their own pieces of glass to weave into jewellery.   “That is how I came up with the name “Tears of Glass,” Brenda says.  “I shed many tears walking the beach and so have many others. When I make my jewelry it takes my mind off everything else and I just concentrate on making that piece.”

Tears of Glass specializes in creating unique, one of a kind jewelry pieces using local, hand combed sea glass.  Her studio is located in Inverness.  She says that the stunning colours and the local beaches inspire her creations and fuels her imagination.

Brenda’s studio overlooks the ocean. “In a given day I may see whales jumping, foxes playing, and bald eagles swooping down for fish and eels. We have the most gorgeous sunsets, every night there is a new pallet of naturally coordinated colours to inspire me,” she says.

But just as much as her work is inspired by nature, it is also inspired by her story and the stories of the people around her. Her Gloria collection is based off of a close friend who recently lost her 26 year battle with breast cancer. Brenda describes Gloria as a great friend who had a passion for collecting sea glass along the shores of Inverness.

“Gloria would visit me in my studio and I would design jewelry for her daughter, granddaughters, and sisters with some of her very rare sea glass finds. She was a very classy lady and I bring that into my designs for this collection,” Brenda says.

“I would explain that it could be from shipwrecks and they would get all excited at the thought; maybe the Titanic! That’s when I decided to make this collection,” she says.

While the collection incorporates multiple details from the Titanic era, she was most inspired by a specific story from the 1912 tragedy.  Brenda couldn’t make it into Halifax during the 100 year commemoration for the Titanic, but her sister went and would call her every day to tell her about it.

During that time, Brenda read a story about three passengers, a mother and her two sons.   “Her sons were in their teens so they wouldn’t have been able to get on the lifeboats.  She convinced her sons to jump off the ship and try to grab a life raft once they hit the water.   In the end, she lived and they died,” she says.

The story struck a note with Brenda who couldn’t help but wonder how she would have felt.   She dedicated the Titanic collection to her.

Brenda believes that each piece of sea glass is unique and tells a story. She uses her art to take customers to a place where they can feel the sand between their toes, smell the ocean air and hear the crashing of the waves.

“I see so many visitors come to our island from a big city and you can see the stress on their faces. They are so wound up like a clock and after spending time on the beach they are transformed, similar to how the ocean transforms the sharp raw edges of the glass into a smooth elegant gem.”

Her work is striking a note with both tourists and locals –  and recently with celebrities.  Over the past year, Brenda has displayed her jewels at TIFF and at the Golden Globes.  She was also invited to showcase at Cannes.

“Both events were so busy.  I met celebs and writers and producers. People loved it, and many shared memories of picking seaglass on the beach as a kid. It was nice to bring a smile to their faces.”

With locals, tourists and celebrities alike flocking to Brenda’s work, it is inspiring to see how calm, warm and in ways, philosophic she stays about her work and her medium.  She believes that we can relate to seaglass because in many ways we as humans go through the same process.

“A glass, broken, discarded, unwanted, gets in the ocean tossed around weathered, rounded, smooth and then becomes beautiful again. We can relate to this because like the glass we get smoothed and molded overtime after going through life’s difficult situations that are thrown at us”.