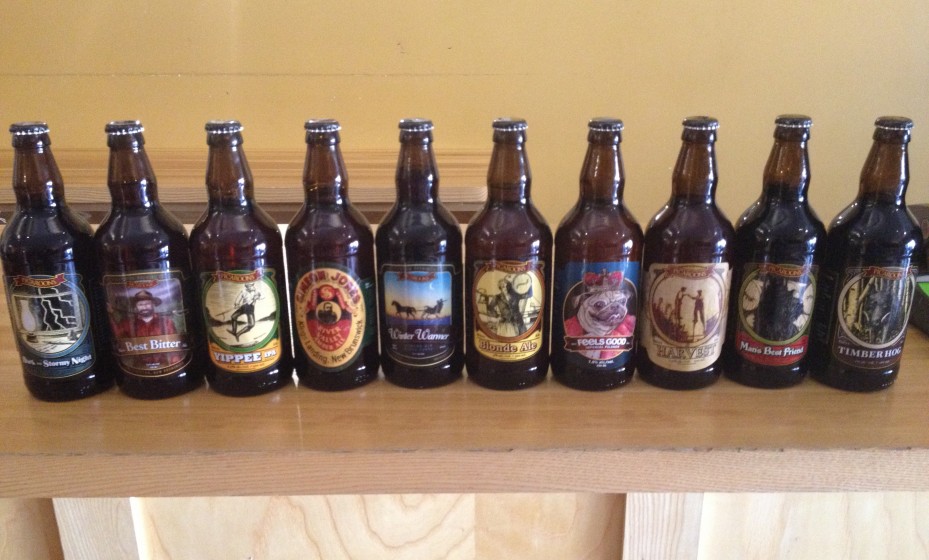 We were introduced to Fredericton’s Picaroons Brewery (@Picaroons picaroonspub.com) at this year’s Seaport Beerfest. Their seasonal Melonhead was a great, refreshing summer beer, good enough to pique our curiosity as to how the rest of their brews measured up. In October I found myself in Moncton with an opportunity to check out the famed Tide & Boar Gastropub and was very pleased to see they had Picaroons Timber Hog on tap. Having gone 2/2 for enjoyable beer, I was looking forward to a late November trip I had planned that would take me through Fredericton, so I could get into the full line.

Picaroons is one of the Maritimes’ longest running breweries (since 1995). If you’re in Fredericton, you can find them down on Queen Street, where you can get singles or 4-packs of their 500mL bottles or refillable growlers. Unfortunately, there’s no place to sit and enjoy a pint straight from the tap here, but many bars and restaurants in New Brunswick have it on tap.

I popped next door to The Garrison (since closed due to a fire) and had a sample of each of the six Picaroon beer they had on tap, but I noticed they had 10 different bottles in their fridge so I picked up one of each to bring home. Many of our friends have become craft beer enthusiasts, so I let them know I was bringing home some treats for us to try. We’re also big Risk enthusiasts (“the game of world domination”), so we set up a #RisknPicaroons evening for that Saturday. 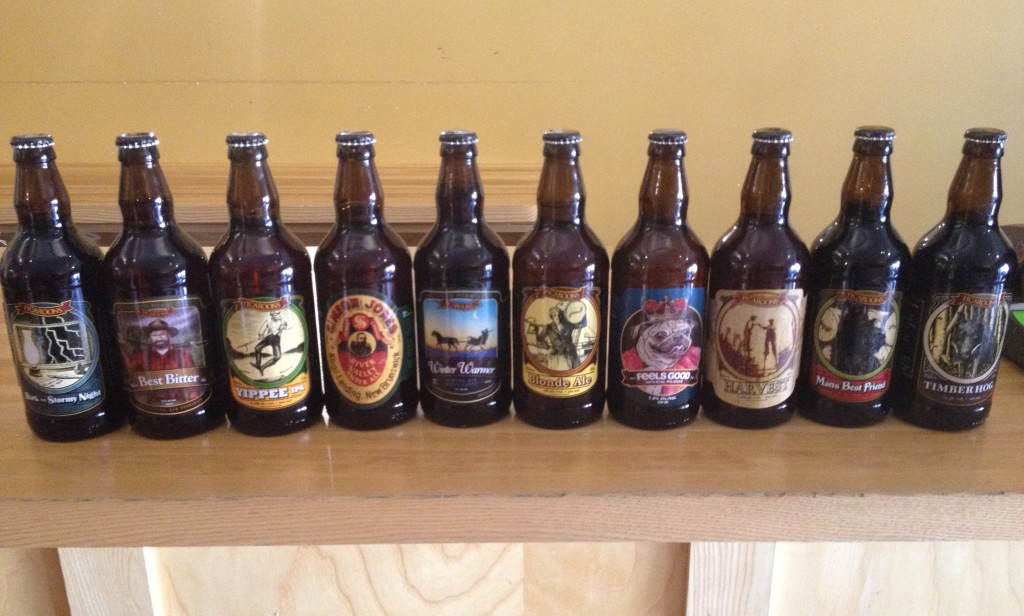 We put the beer in order from lighter to stronger, as best we could. We realized once we tried the Harvest Ale that it was a bit hoppier than we expected (a good thing!) so it maybe should have been later in the list, but as you’ll see from the scores, it didn’t seem to impact anyone’s enjoyment of the Feels Good Imperial Pilsner that followed it.

As a disclaimer, none of us claim to be beer experts, but we’re certainly all craft beer enthusiasts. We also knew that our tastes for beer covered the spectrum, so we were interested to see how our appraisals of each beer compared. We worked out a simple scoring system out of five for each of three categories: appearance, flavour and overall enjoyment. Here’s how the beer measured up once we averaged out our scores. 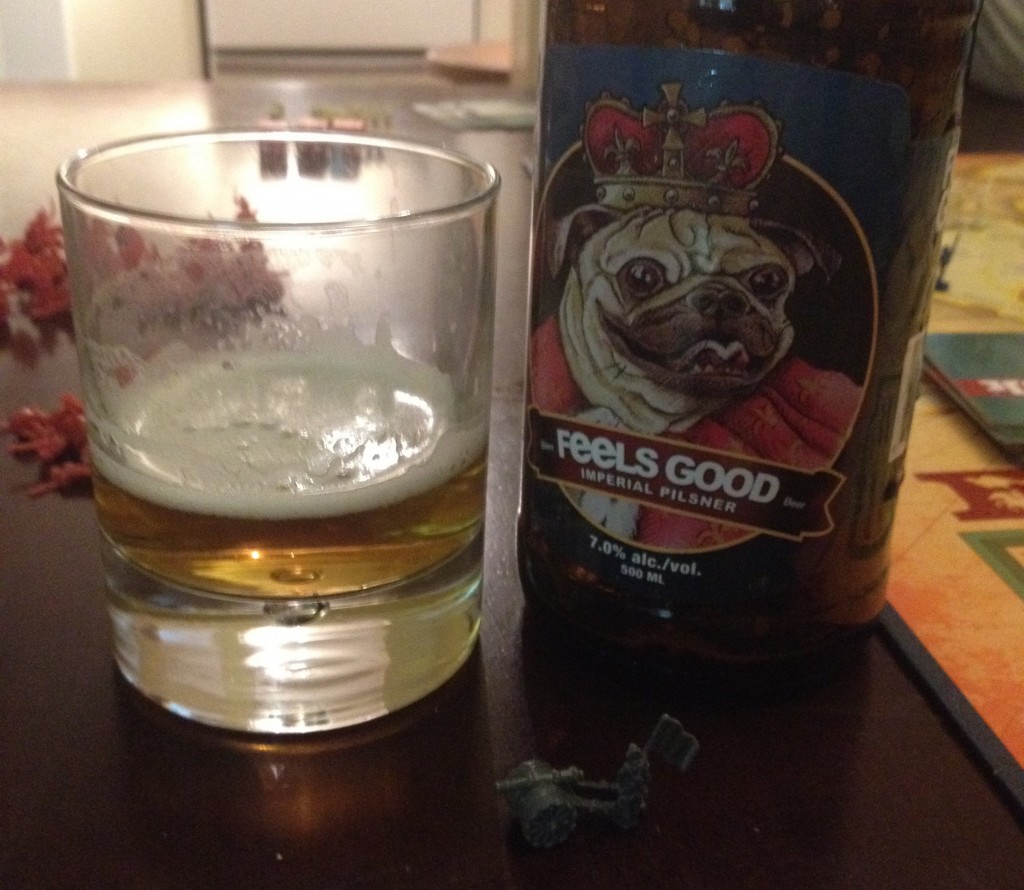 The clear overall winner was the Feels Good Imperial Pilsner. It looks crisp, light and clean, just like a Pilsner should, and its taste match its appearance. It was closely followed by a couple dark beers from the other end of the spectrum, the Timber Hog stout and the Dark & Stormy Night dark wheat. Personally, I’m still a big fan of the Yippee IPA, hoppy with a hint of grapefruit for balance. 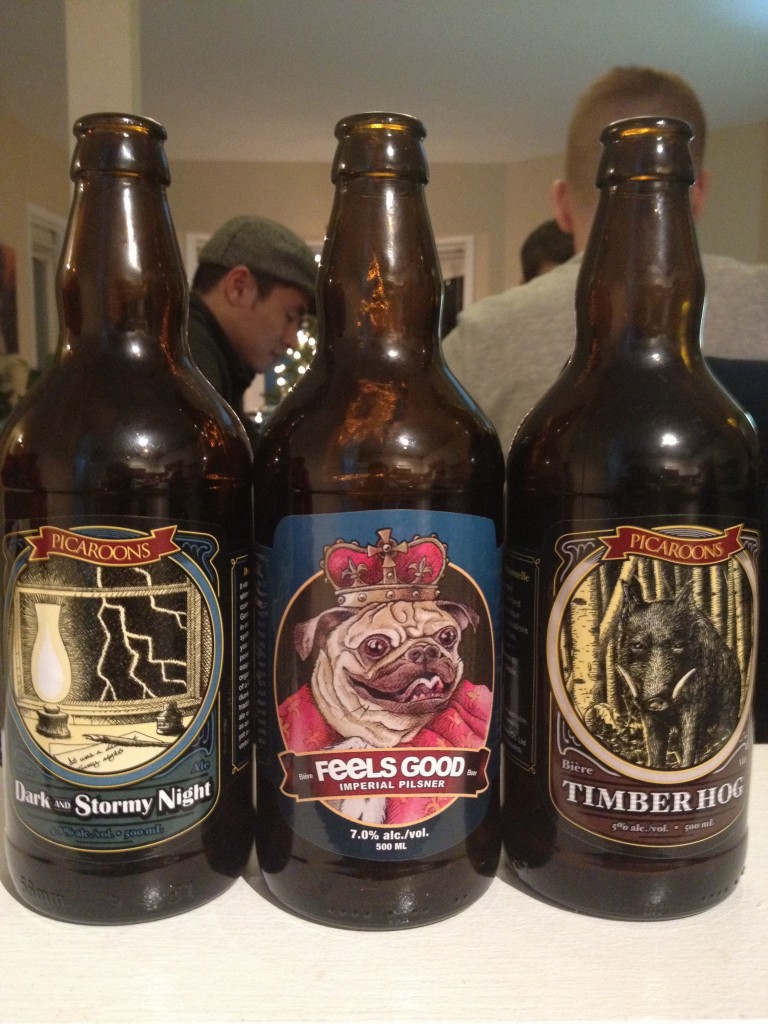 In Nova Scotia, you can find Picaroons at certain NSLC locations, Bishops Cellar and on tap at Maxwell’s Plum.