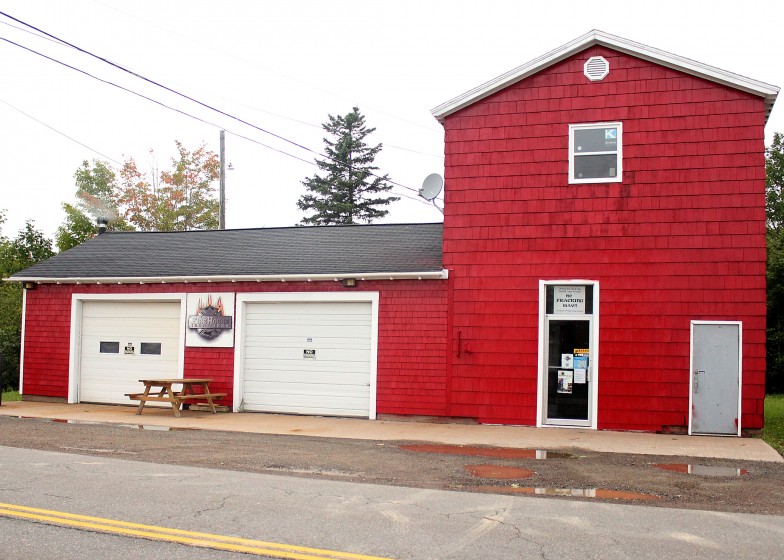 One of my favourite series of books is a Dream of Eagles by Jack Whyte. It details the creation of Excalibur, King Arthur’s legendary sword, told from the perspective of a blacksmith. Since reading this book I’ve had a casual fascination with the art of blacksmithing. So, when I found out that there was a blacksmith shop in Whycocomagh that offered workshops to teach smithing skills, I instantly added it to our must-visit places.

Firehouse Ironworks (@FireHouseIron) is a fully operational traditional smithy located in Whycocomagh. The owner, Grant, had an obsessive hobbyist’s interest in blacksmithing for years. It wasn’t until he was working as a machinist out west that he realized that he’d like nothing more than to come back east and work for himself, doing what he truly loves to do. He set up shop, literally, in Whycocomagh, a First Nations reserve in Cape Breton near Bras D’or Lake. The community welcomed him with open arms, and you can find much of his work around the area.

We arrived at 11 in the morning and met Grant and John. We had a lot to see in Cape Breton and had planned a loose itinerary, starting with an hour at Firehouse. Grant and John quickly proved to be two of the most fascinating people we have had the pleasure to meet, and our planned hour quickly turned into three. 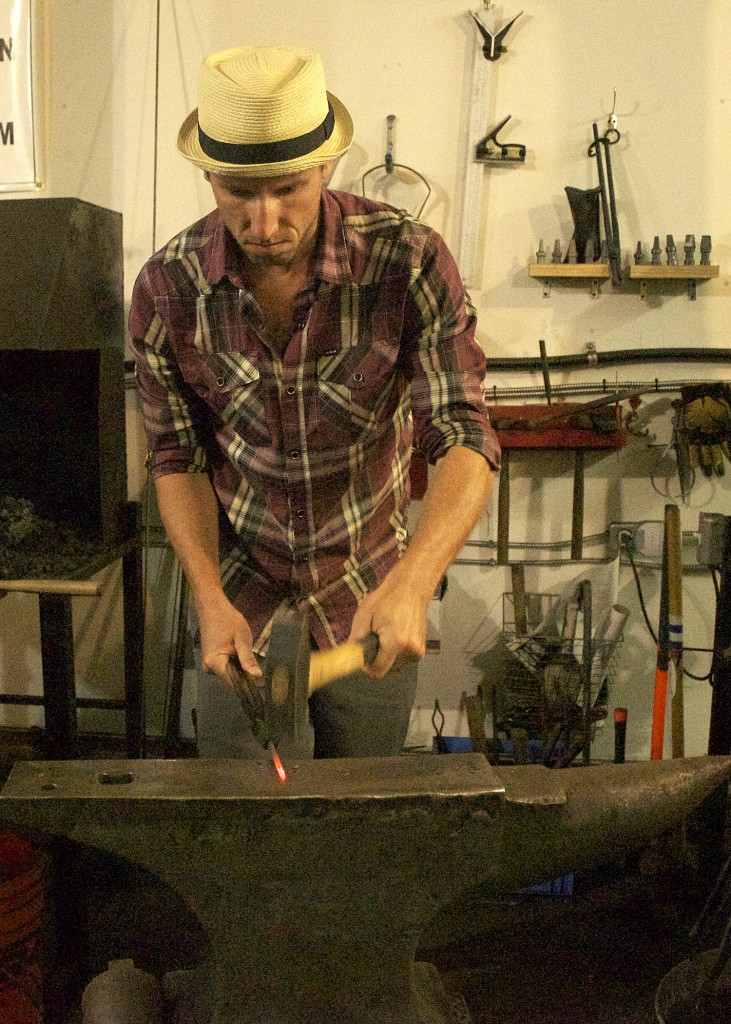 I got to talk to John for quite some time while Grant was explaining the shop to Gillian.  He chronicled his life as a blacksmith that began 50 years ago at just 12 years old. Since then blacksmithing has taken him to the Greek isles, Northern Africa, the Middle East, the Khyber Pass and on frequent trips to Latin America. 50 years of experience has left him with a self-assuredness and a talent, even an artistry which may be unrivalled in Canada. 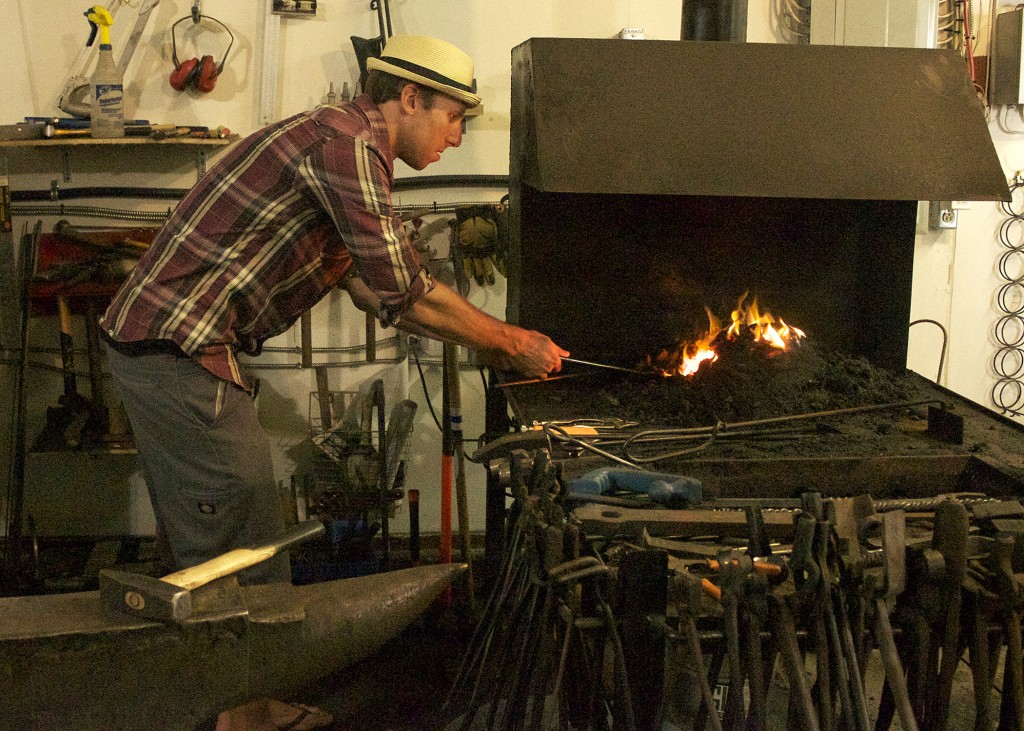 It is clear that these two love what they do. They take pride in their work and through that have become exceptionally good at it. In addition to their talents, they showed impressive patience as they taught this noob to bang out a fish hook. The simple task that took me over an hour was one that Grant hammered home in a minute. (Well, 1:23, including heating time.  Check out the video below).

My ego took as much of a beating as the iron, but a little humility never hurt anyone. I can’t wait to go back.

Firehouse Ironworks offers year-round workshops for those looking to try their hand at smithing. Courses range from one day to one week. A nearby motel offers a discounted rate for those taking a course. You can also opt for the professionals to take the lead with a custom piece from Firehouse.