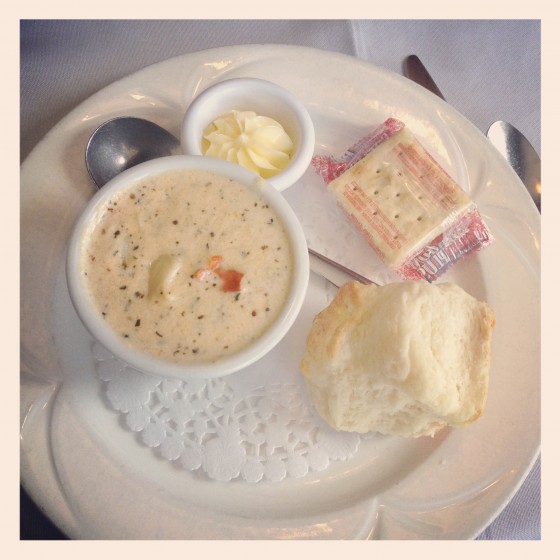 We’re on the Taste of Nova Scotia Chowder Trail! Read on for our thoughts on three South Shore Chowder Trail locations: 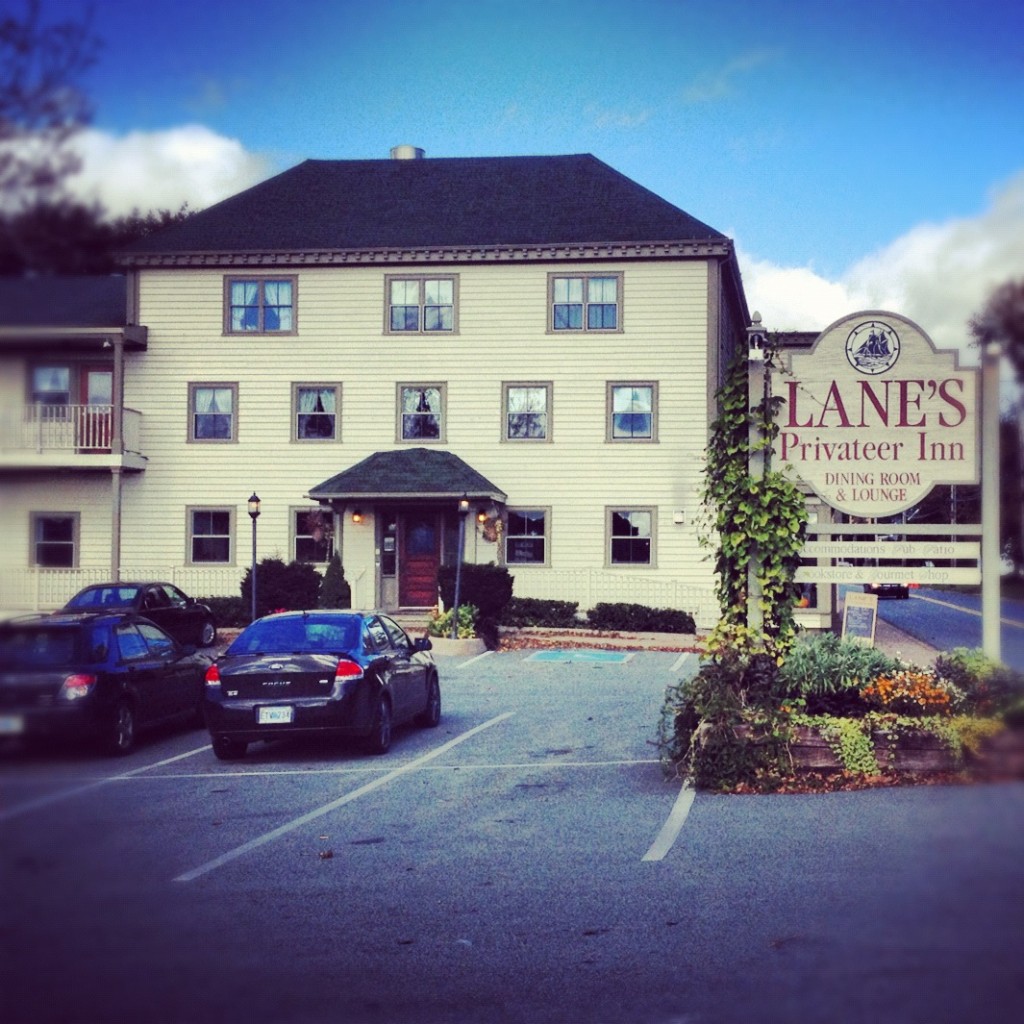 We visited Lane’s Privateer Inn two years ago when we first started The Local Traveler NS.  At that time we fell in love with Liverpool’s waterfront, which Lane’s overlooks, enjoyed their chowder and discovered locally-brewed Hell Bay beer.

Since then, we’ve been on the Taste of Nova Scotia  Chowder Trail, and have switched our beer-drinking practices to almost exclusively locally-crafted beer.  We were looking forward to reacquainting ourselves with Lane’s offerings with our now experienced palettes. 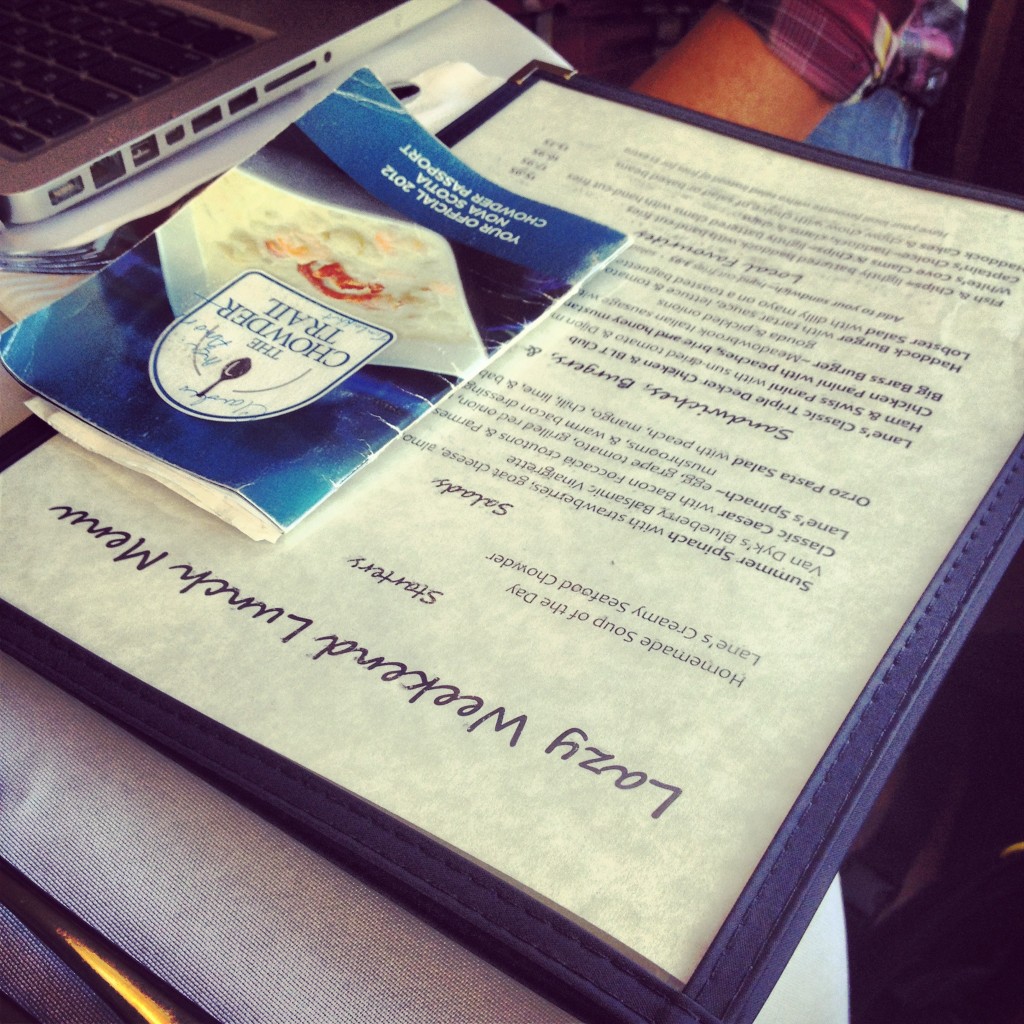 The chowder was $8.95/bowl.  The base was cream and herbs, with lobster, haddock, large scallops cut in chunks, and potatoes.  It came served with a homestyle biscuit, butter & crackers. We paired it with a Hell Bay English Ale which was amber with a nice finish and just a hint of bitterness. 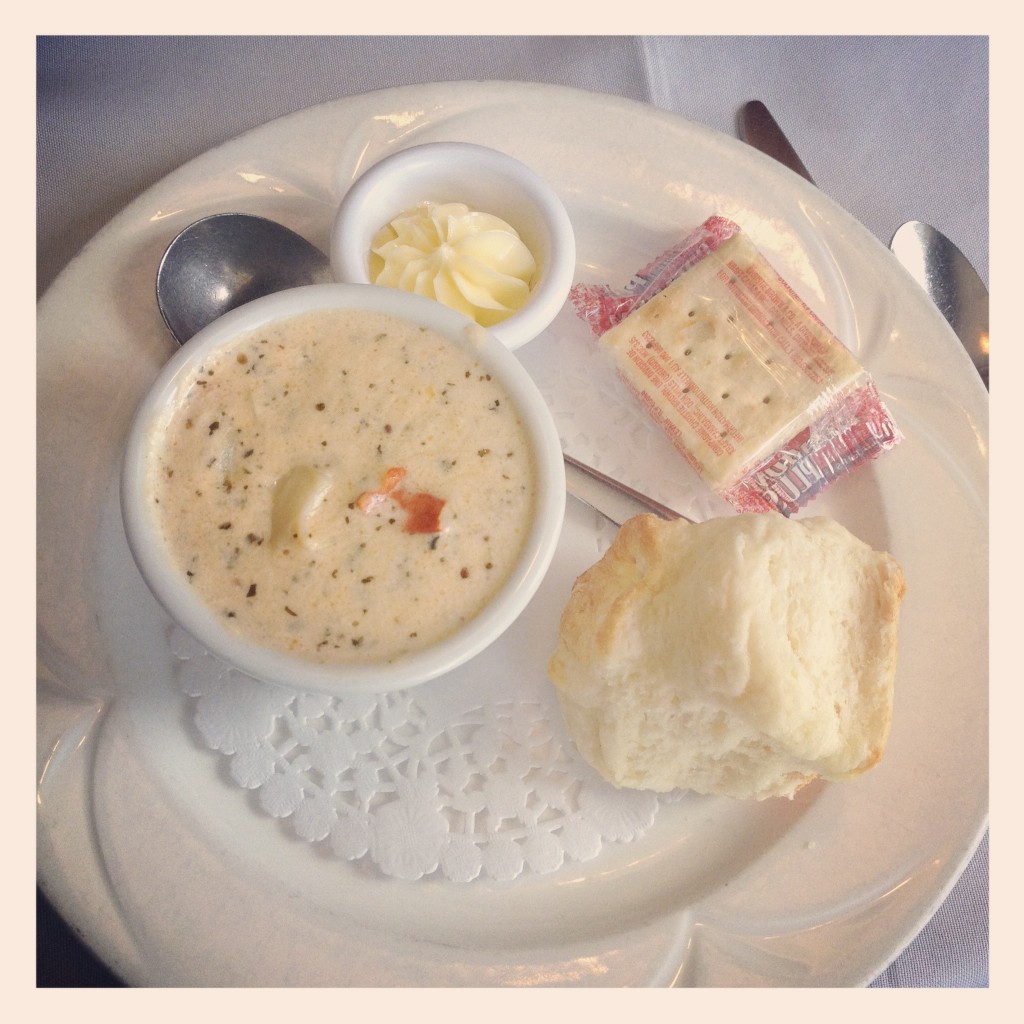 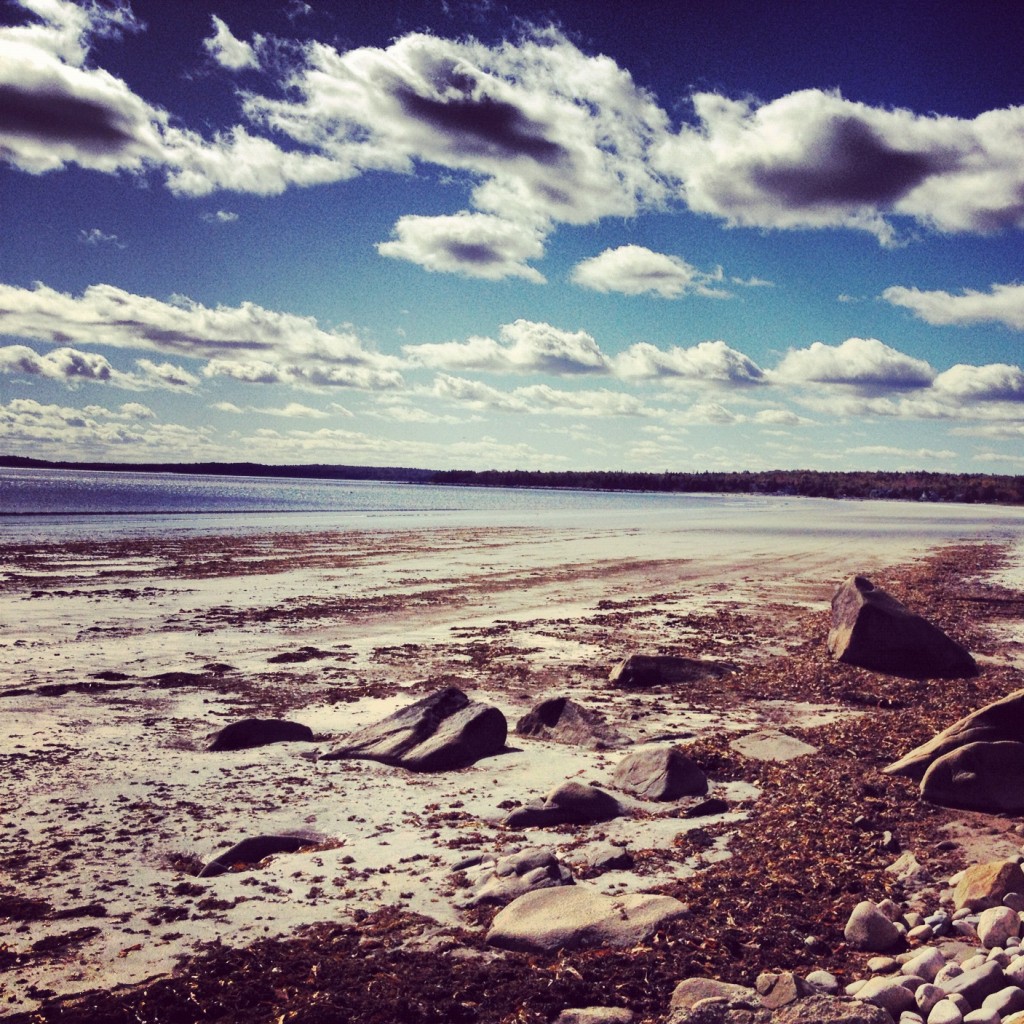 We arrived at the Quarter Deck only to find out that it was already closed for the season.  While we didn’t get to enjoy any chowder, we took some time to check out the property.  We came back for a visit in 2014 and it was even better than it looked. Read about our experiences at The Quarterdeck Beachside Villas and The Quarterdeck Grill. 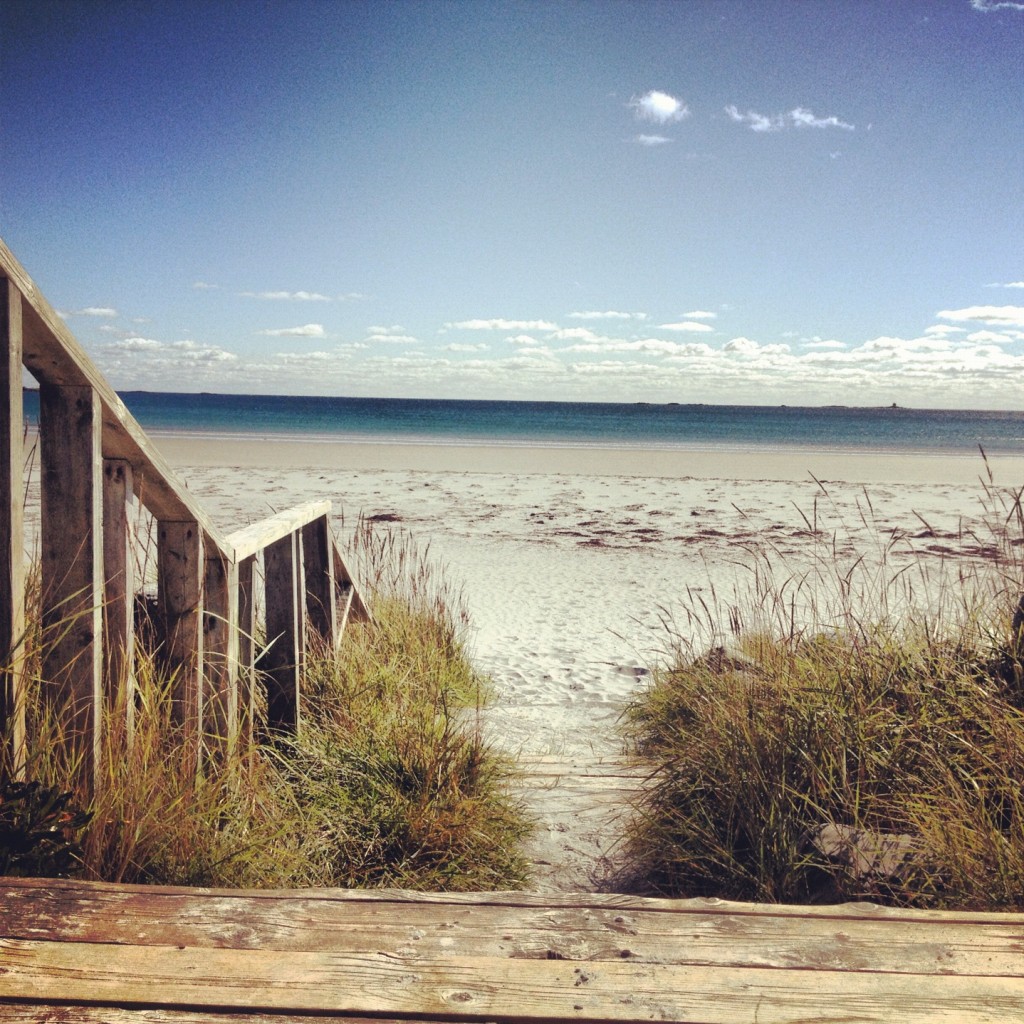 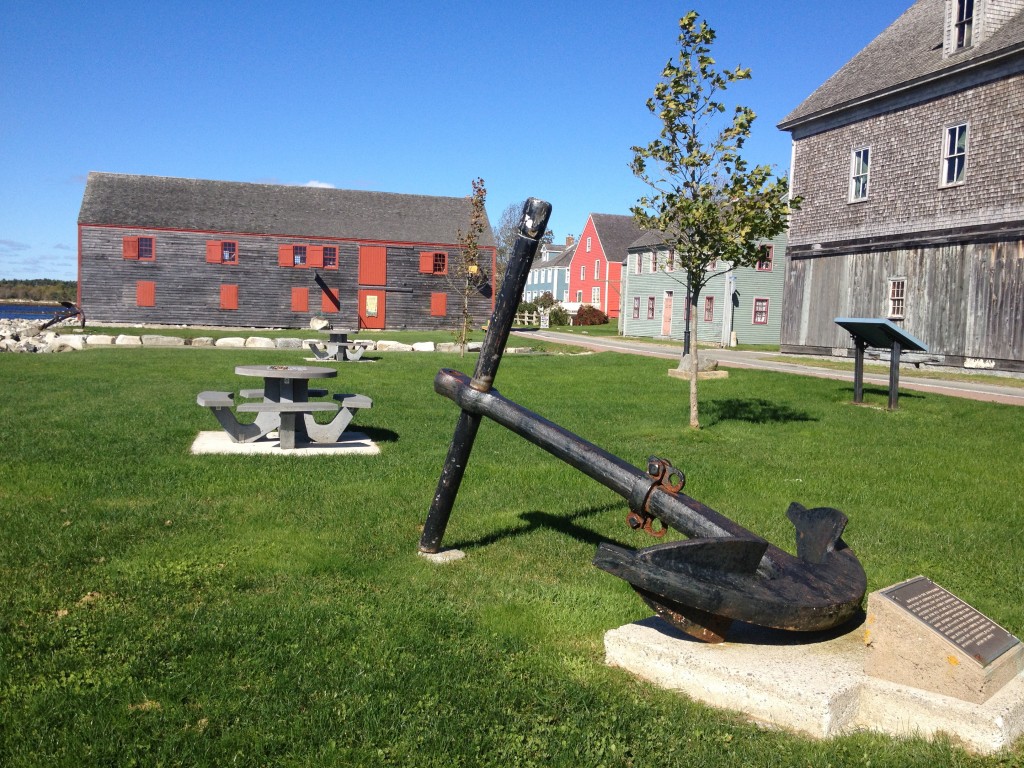 The Taste of Nova Scotia chowder Trail brought us to Shelbourne for the very first time.  After pulling into town, I wished we had allowed a bit more time for sight seeing.  The town is bucolic with stunning water views.

Charlotte Lane is a little restaurant just off the main street.  The interior is sunny and bright with lots of orange and yellow hues.  They use wine bottles as décor, with many bottles of NS wines featured throughout the small space, including one whole wall of wines. 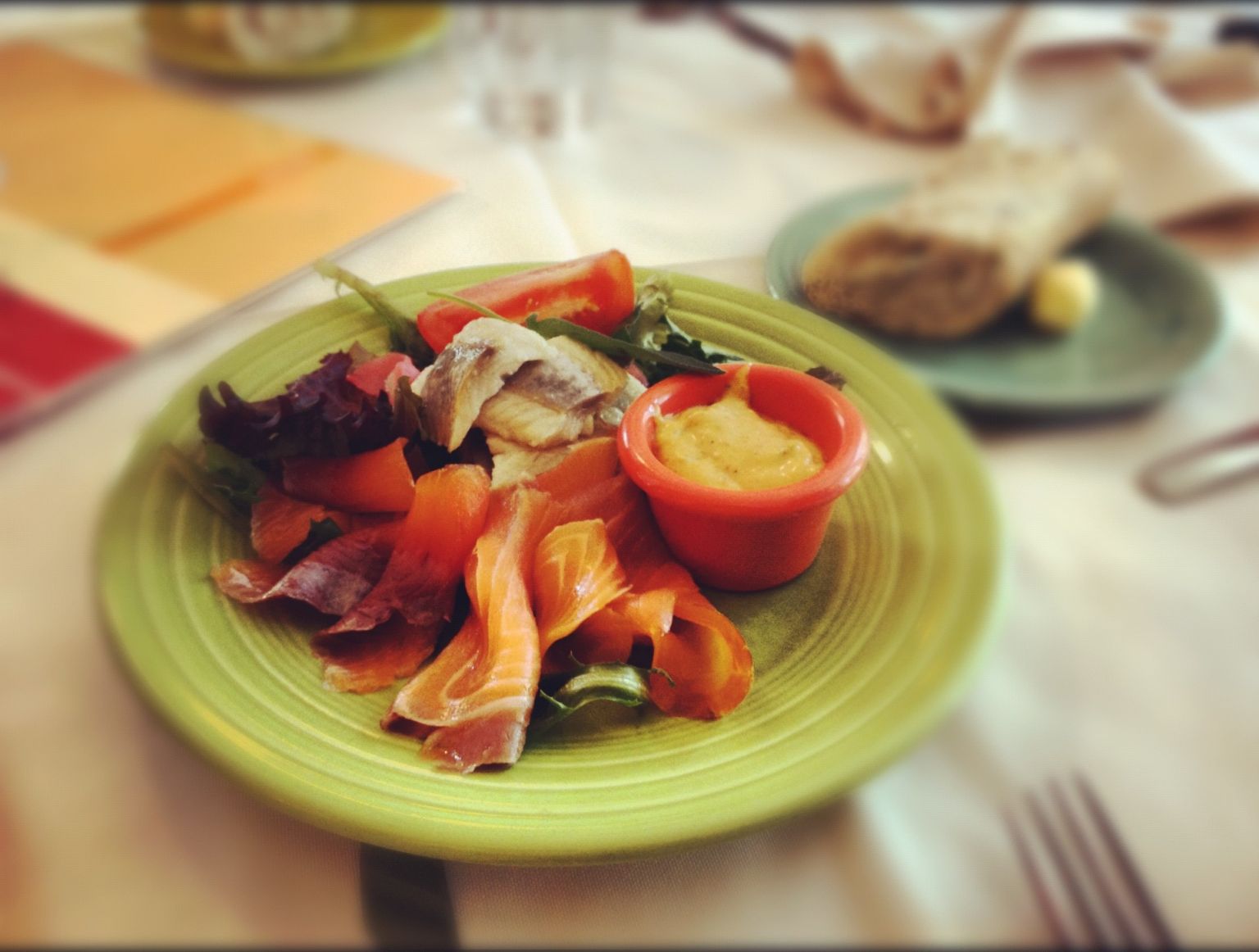 We were only going to order the chowder until we saw the South Shore Fish Sampler on the menu, a platter of locally smoked and marinated fish with chipotle lime mayo.

Bread was served in advance, a mini-baguette per person.  The chowder included scallops, shrimp and haddock in a cream base for $9.50.  We weren’t in love with the chowder, it was just a bit too plain for our taste, but we loved the fish sampler.  A companion along for the ride was very pleased with his Chicken Caesar, which had curry croutons and just the right amount of dressing. 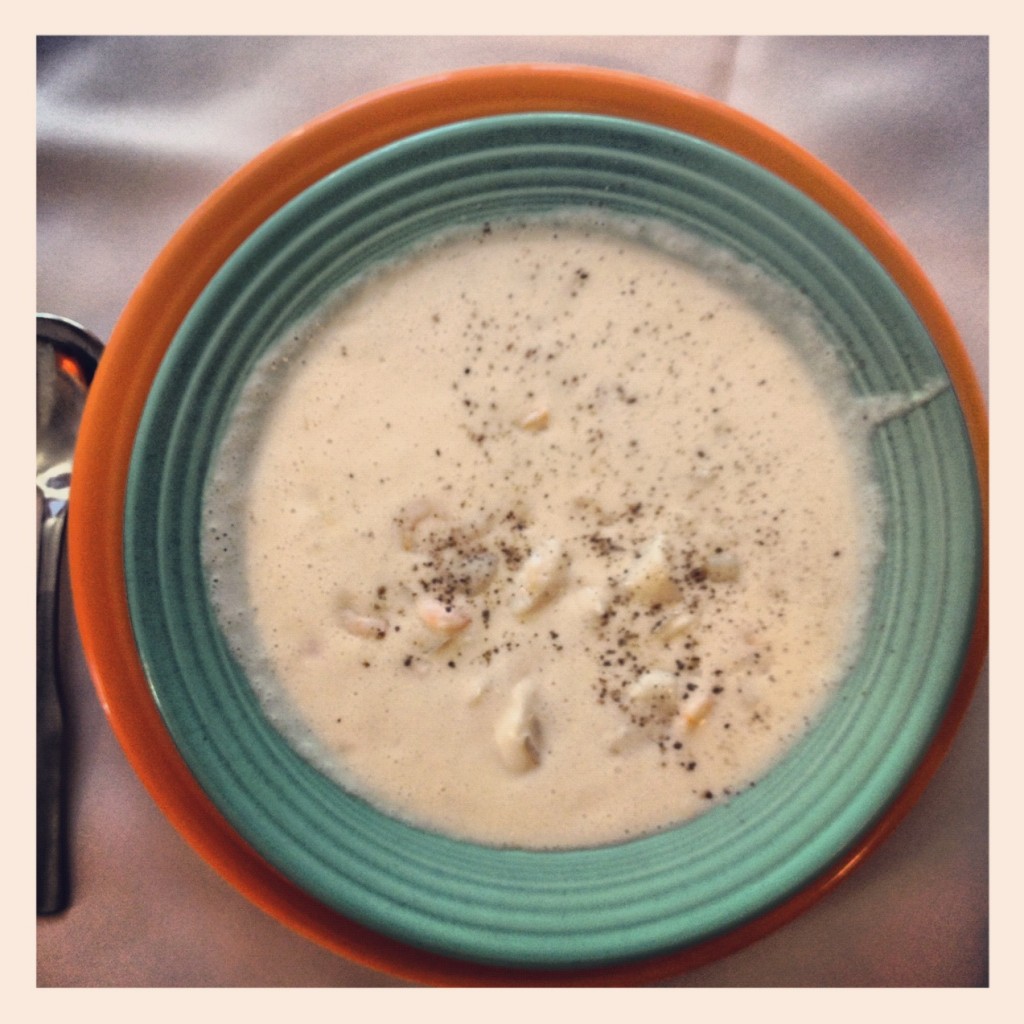