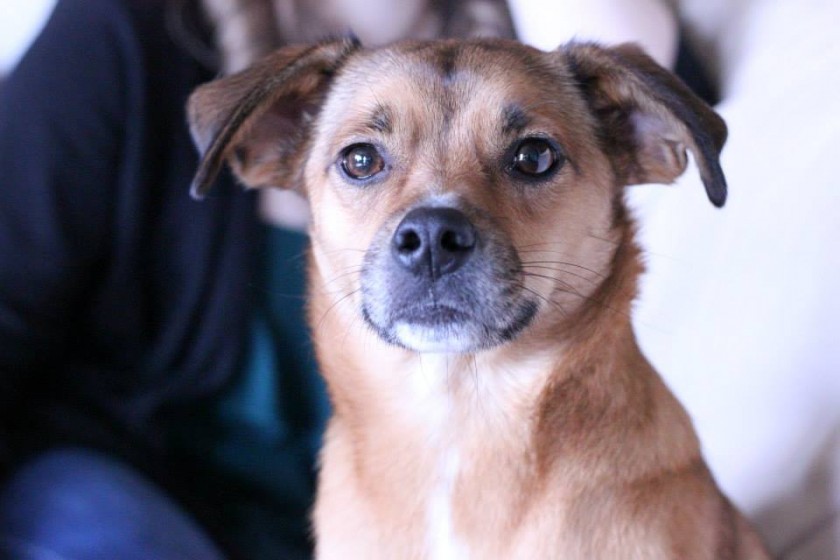 As our readers know, we have just had the most incredible summer full of Nova Scotian adventures, from campgrounds to hotel suites, fish and chip stands to wineries and cycling the South Shore to hiking the Cabot Trail.  We even got married this summer.  Still, through all of our adventures, we had the nagging feeling that something was missing.  That is, until we met Charlie. 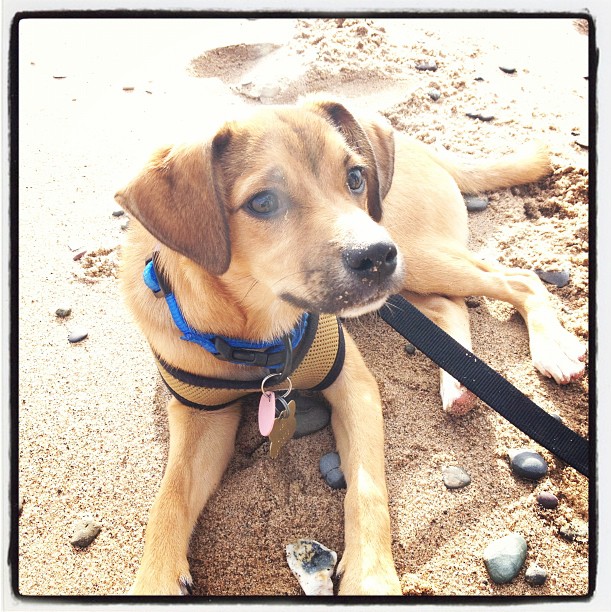 I grew up with dogs, mostly German Shepherds, but also a Belgian and a Dachshund.  Gillian, on the other hand, grew up in a cat family, but we’ve noticed a pattern of increasing envy whenever we saw people walking their dogs.  A month ago we had to dogsit for Gillian’s cousin, and that was the nail in the coffin. 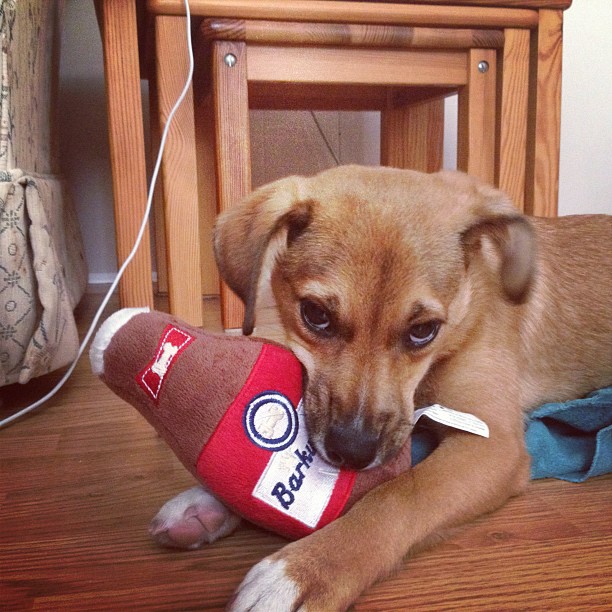 We had been ‘casually’ browsing the SPCA website for about a week when a photo of a Shepherd mix puppy leaped out at us.  We didn’t even have to look at any of the other dogs, we were already on our way to the shelter.  We arrived to discover that he was enroute to Bark in the Park, an annual event at Shubie Park that is kind of like a mixer for dogs and their owners.  We raced to get there, as we were told that there would be dozens of people looking for dogs and he was going to be a top pick.

Seeing him in person confirmed that he was the dog for us.  I mean, just look at this guy. 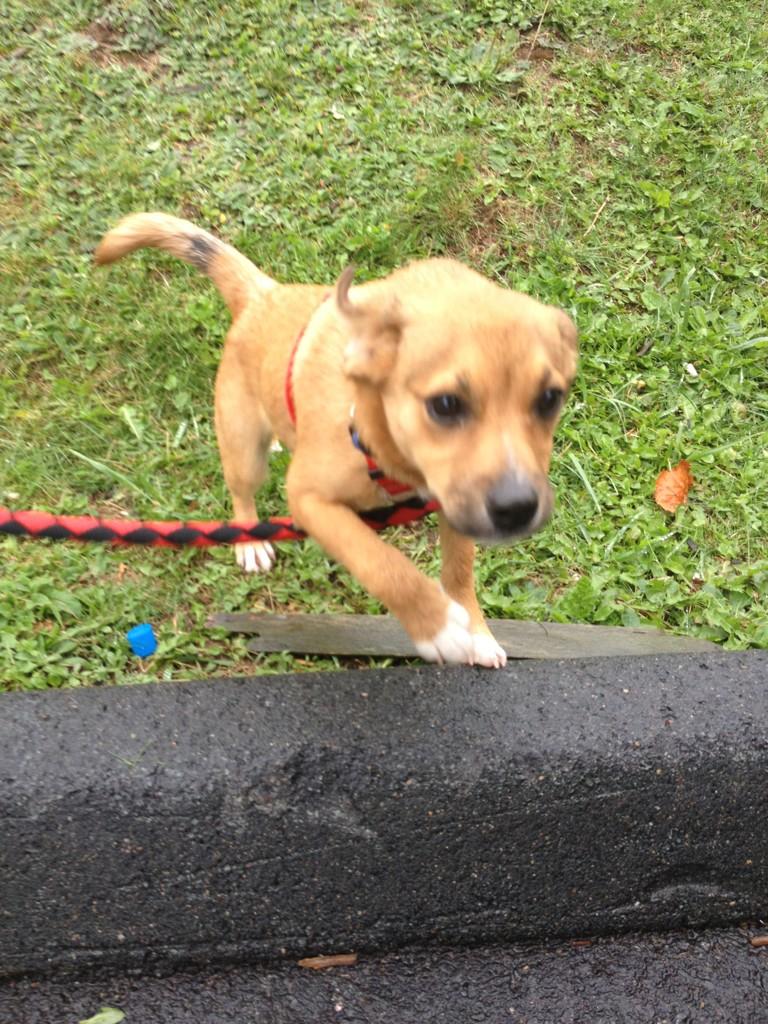 We got to the park before anyone else and had to hold each other back from rushing the staff during set-up.  When we did talk to the staff, we found out there was one application in already, so we spent a tense week waiting for word.  Finally we got the call. Our application had been approved, our references checked and the first family decided now wasn’t the time for a dog.  Within a week, Charlie was coming home with us. 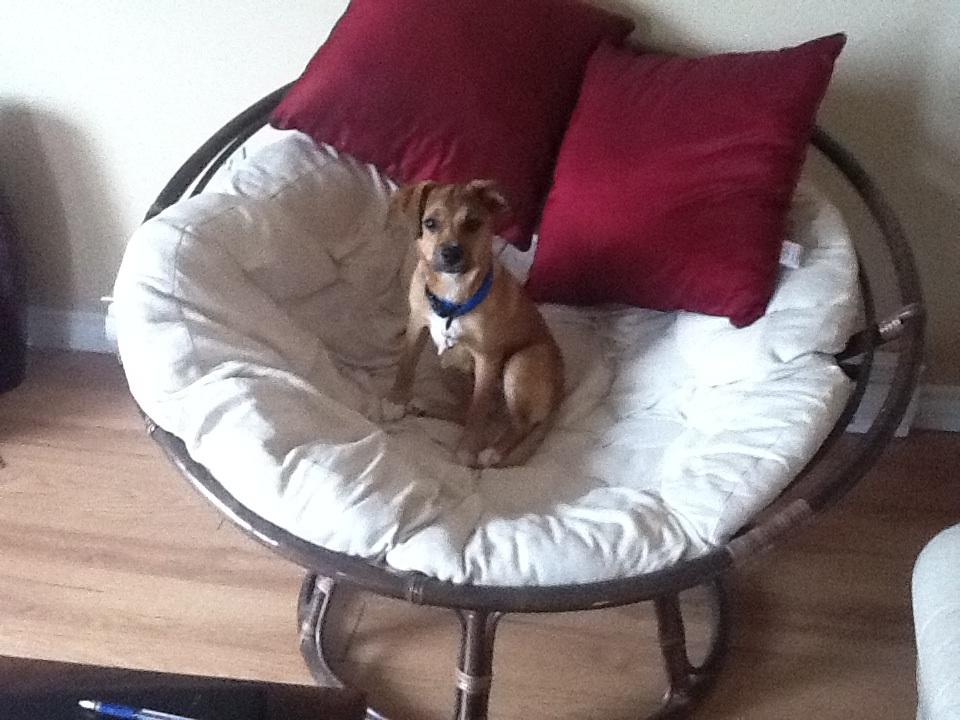 We spent the first two weeks getting to know each other, and now we’re taking him for his first Local Traveler adventure.  First we’re in Pictou County for the Thanksgiving weekend to visit family, and then heading directly to Cape Breton to finish our CB #ChowderTrail and take in some of Celtic Colours.  Then we’re back to Halifax for a quick turnaround before we go west along the South Shore to Yarmouth, loop back around the Acadian Shore to Digby and then back through the Annapolis Valley for the harvest. 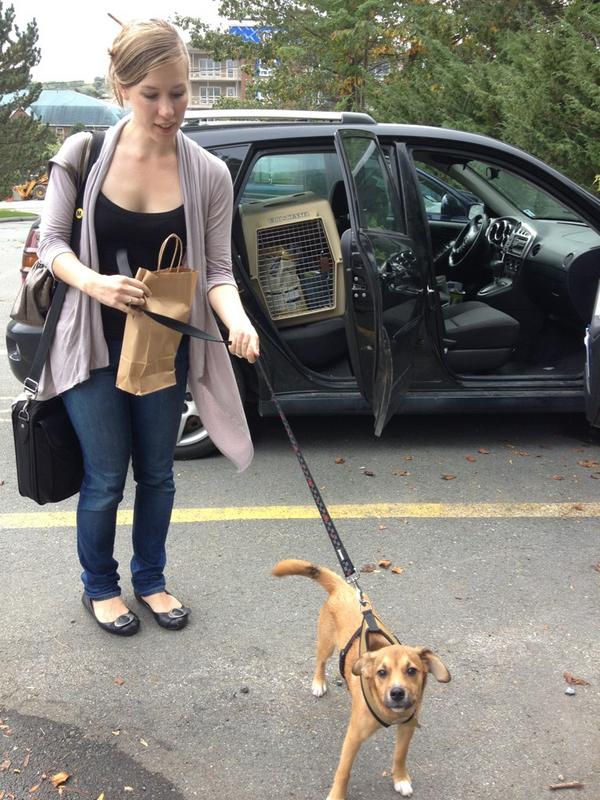 Now that Charlie is part of the family, expect more coverage of pet-friendly accommodations and activities in Nova Scotia.

What is your favourite pet-friendly vacation spot?