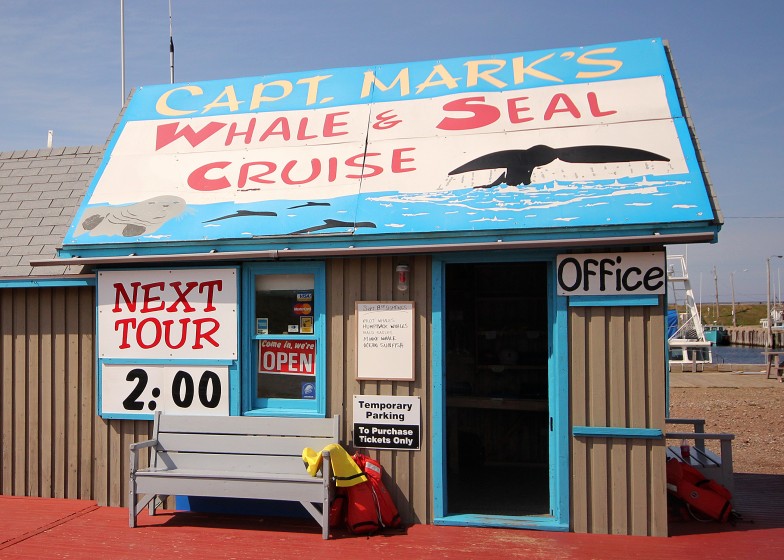 Cape Breton was a world of “firsts” for me. I hiked the skyline to watch the sunset, saw two moose, tried snow crab and stayed in a Canadian hostel. And while all of those ‘firsts’ were exciting and memorable, my favourite part of the trip was going whale watching. 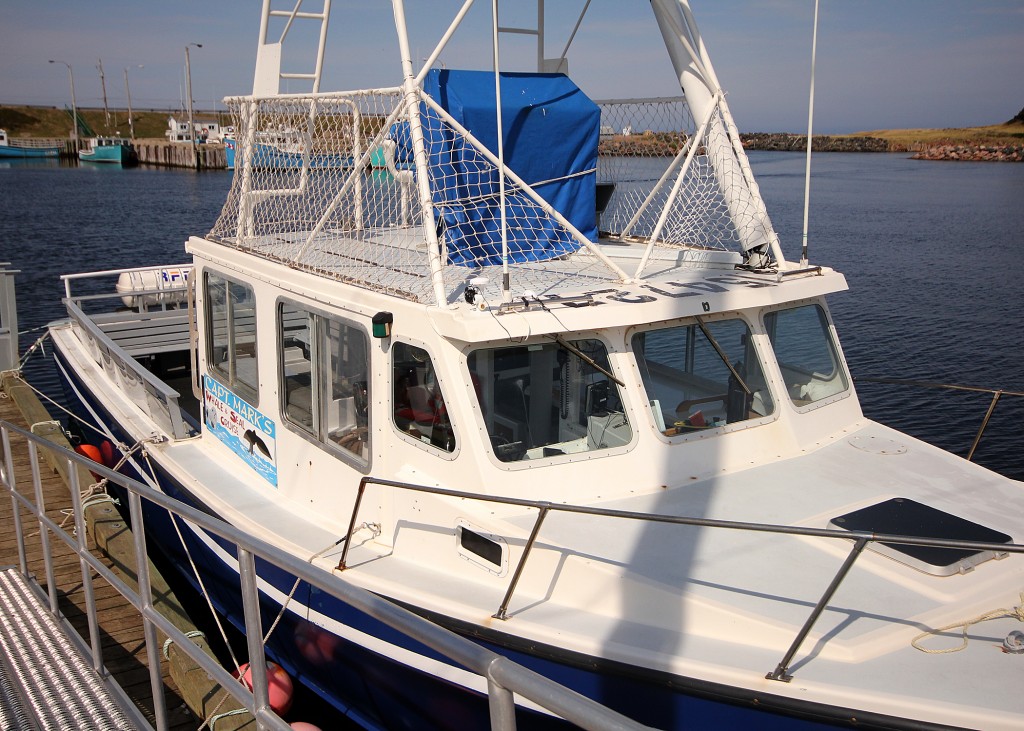 As with so many of our more adventurous activities, Drew had been whale watching before, while I had not. We selected Captain Mark’s Whale and Seal Cruise in Pleasant Bay. Captain Mark has two tour options, a 42-foot cabin cruiser, and a 28-foot zodiak. The day we were there, we rode in the zodiak, a small vessel that allows riders to be close to the water. He offered the front of the boat to a little girl and when she shied away, we both jumped at the chance. 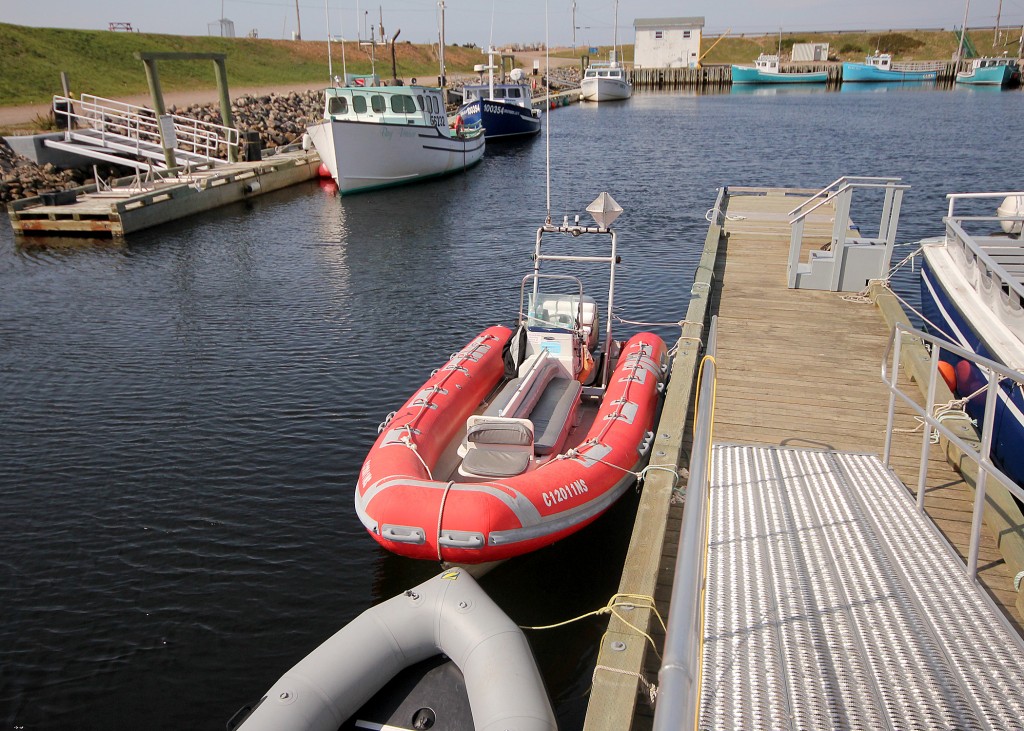 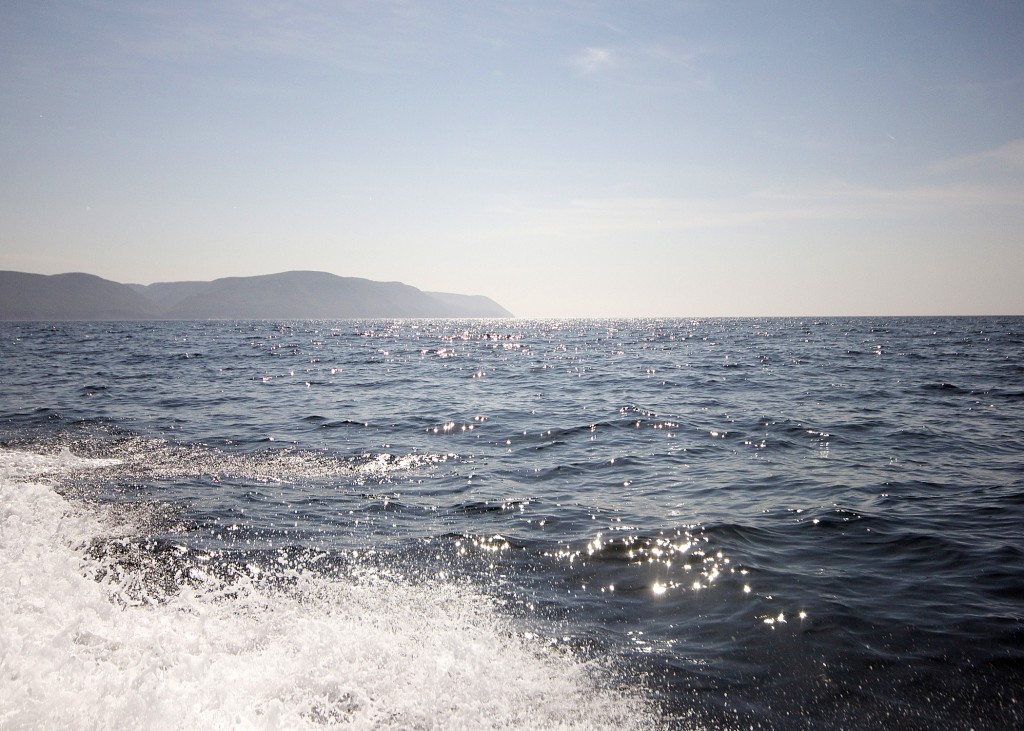 Being on the zodiak was an adventure in itself. We both leaned over the front of the boat as it bounced and raced through the water. It didn’t hurt that it was a perfect fall day, sun shining with just a light breeze. The sun hitting the water made it look like a million little mirrors on a canvas of sapphire. 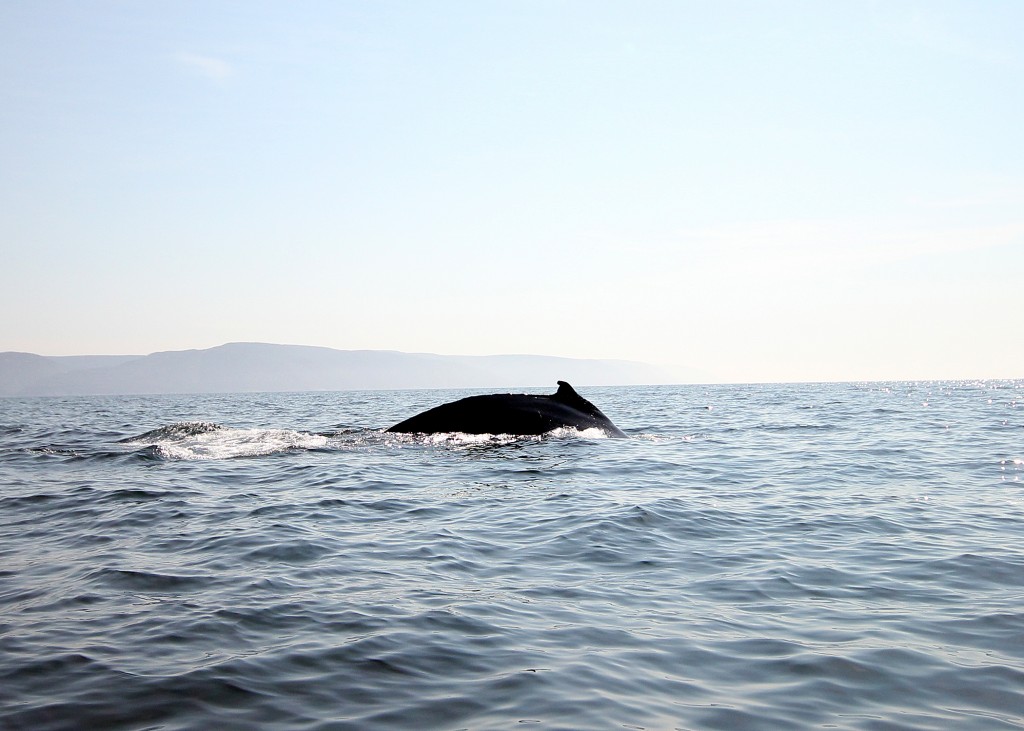 The captain told everyone that as soon as we saw a whale to scream and point. Within minutes we saw the first whales surface. We rushed towards them, slowing down far enough away not to disturb them. It turned out to be a pair of humpback whales. We followed along beside them for 30 minutes, watching in awe as they surfaced every 5 – 10 minutes. At times they were only meters from the boat. Our captain used time in-between surfaces to teach us a bit about humpbacks.

Here is some video that we took during the ride.

The rest of the trip was spent touring around Pleasant Bay. We stopped for a bit in a cove so that some of the Australian passengers could take a dip in the Atlantic. While we didn’t see any other whales, we did see a school of fish and a bald eagle. I could have spent the whole day lounging on the boat, feet dangling in the water, but after two hours out, it was time to return to shore. 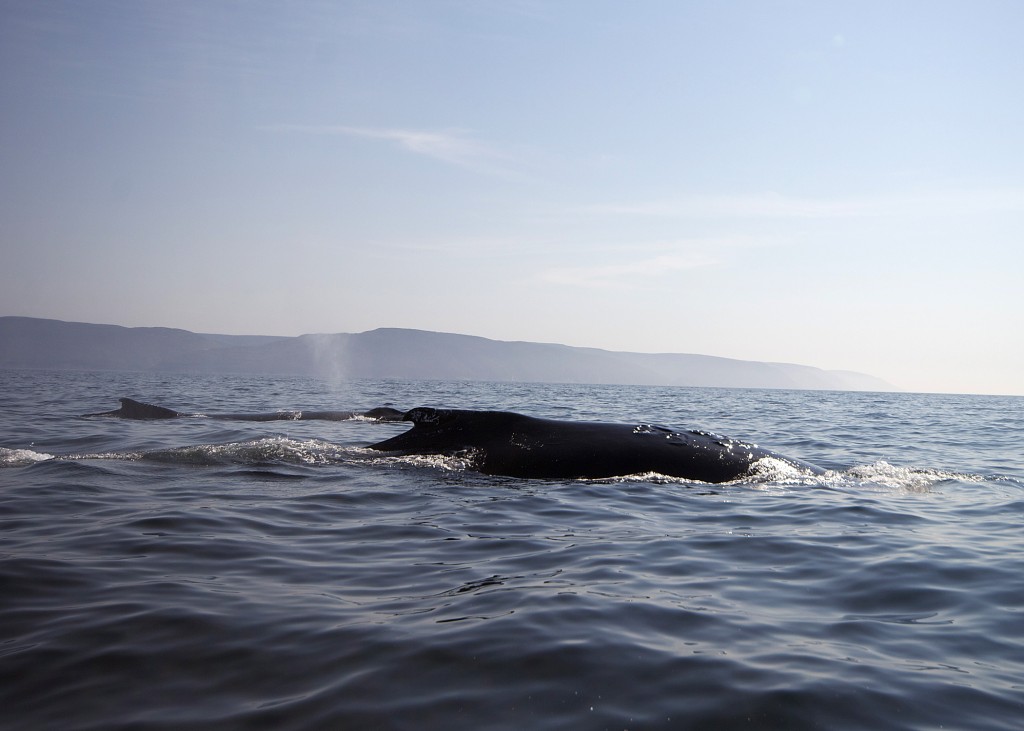 Captain Marks has been open since 1994. According to their website, they boasts one of the best success rates in the world. Their success is so good, that their sign says that whale sightings are guaranteed. We saw humpback whales, but the most common sightings are Pilot, Finback, Minke and Humpback with the occasional Atlantic White-Sided Dolphins, Basking Sharks and shy Harbor Porpoises.