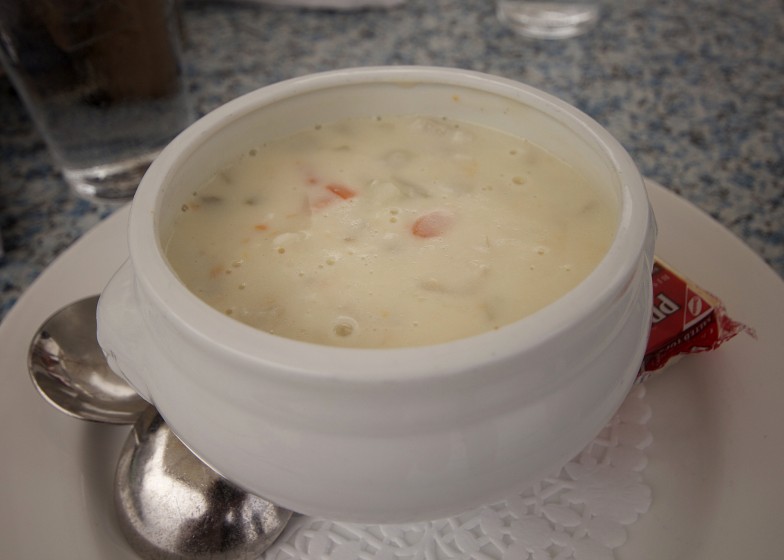 We began our Cape Breton Taste of Nova Scotia Chowder Trail expedition in Baddeck at the Bell Buoy Restaurant and Supper House.  With warm weather fading fast, we have to admit we didn’t even think to look inside before grabbing a seat on their large patio.

We did, however, look at the menu, something you should not do if you are determined to eat 6 bowls of chowder in one weekend.  We were tempted to order one of their lobster rolls, but when we found out the chowder was a whopping two and a half cups we backed down.  After all, we have to save some things for a second visit. 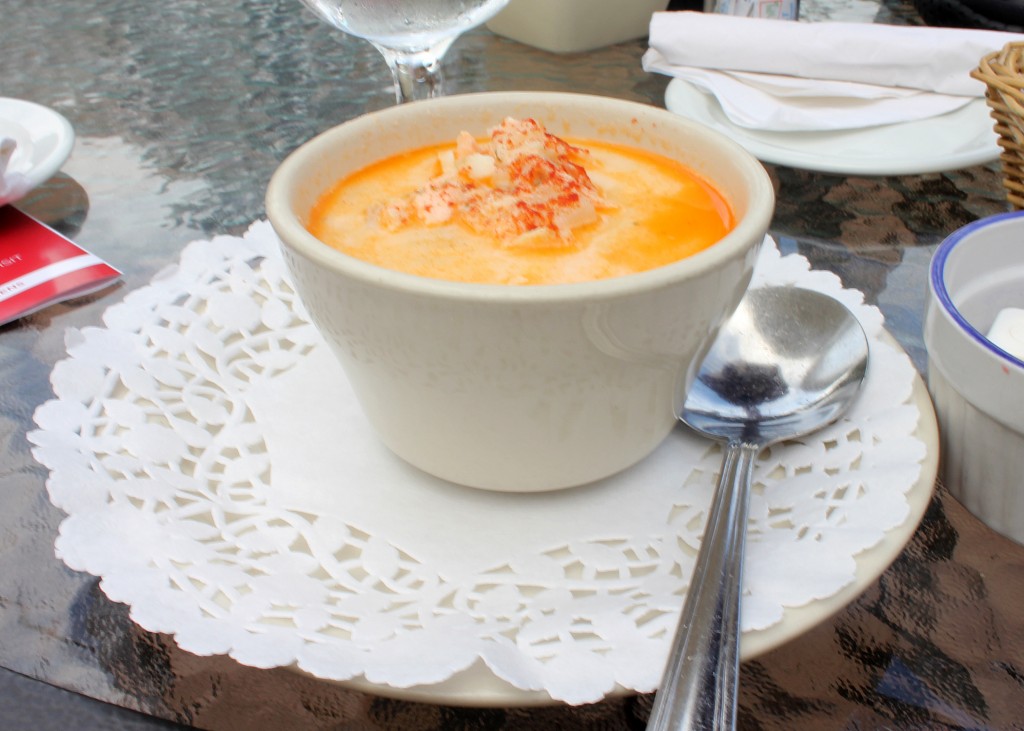 The chowder came served with a basket of fresh bread and had so much fish in it, it was difficult to get a spoon in. The broth had a strong seafood taste in the very best way, leaving no doubt that you were eating seafood chowder.  It was filled with scallops, haddock and salmon, and potatoes cooked enough to melt in your mouth.  We thought t was well worth the $15 price tag, and gave it 8.8/10.

We were on the Cape Breton leg of the Taste of Nova Scotia Chowder Trail the first full weekend of September, a week after the Lakeside Restaurant at Inverary Inn closed for the season.  The silver lining was that they accommodated us by inviting us to enjoy their chowder at the Thistledown Pub.  The Thistledown is a cozy, dim pub with great live music.  It was one of our favourite parts from our stay at the inn last March. 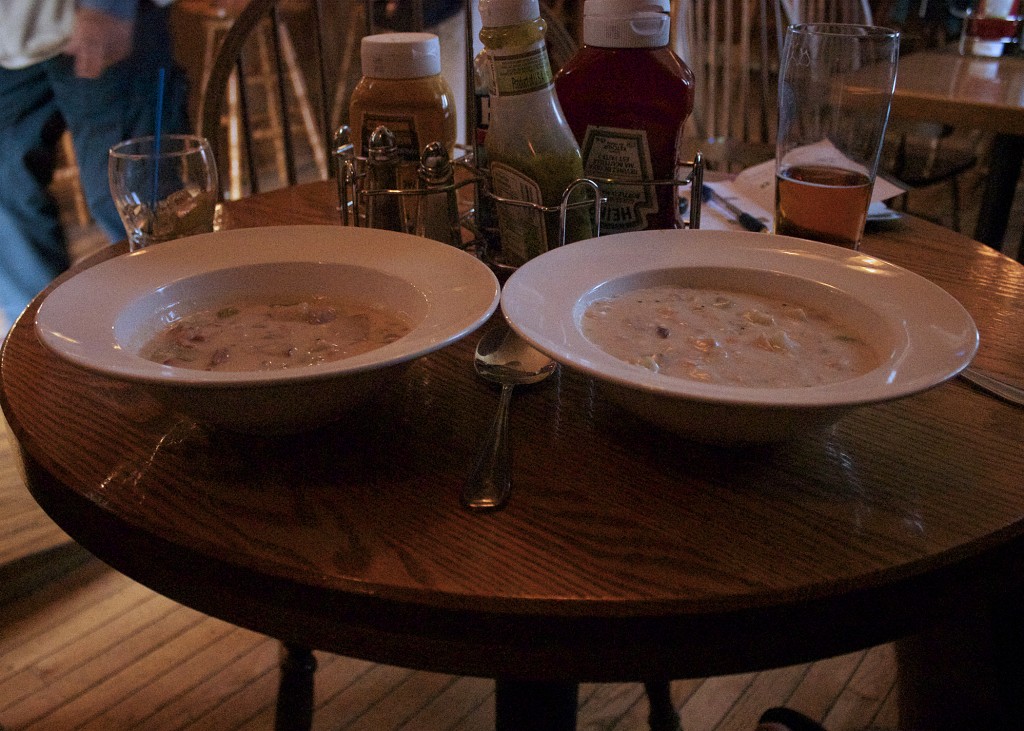 Live music and a specially brewed Garrison Inverary Pale Ale were icing on the cake.  We made ourselves comfortable in a corner booth and ordered the seafood chowder ($7) along with their baked brie ($11).

The seafood chowder was the thickest, richest, heartiest bowl we’ve had yet.  It is most definitely a meal.  To be honest, it was so thick that even though I know there was seafood in it, I couldn’t tell you exactly what kind of fish there was.  It was filling and it tasted great, an easy 9/10. It was also the second cheapest bowl we’ve had on the trail so far.  I could’ve used some bread to clean my bowl after. 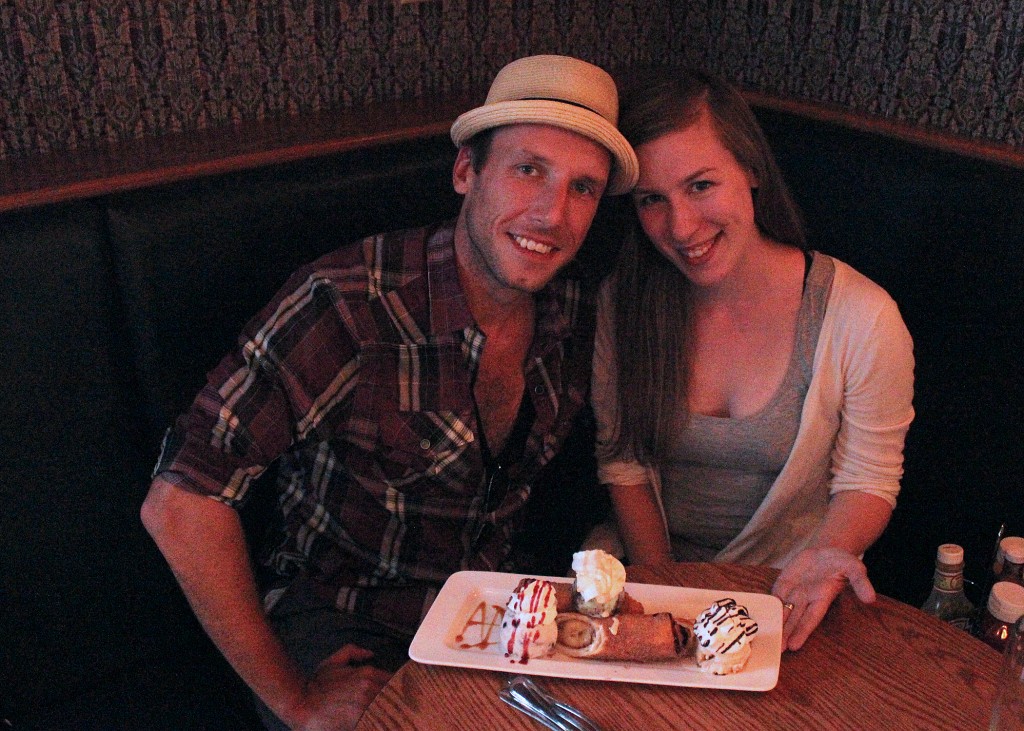 As you can see, we strayed from our willpower come dinnertime.

Inverary also makes a lobster chowder, and try as we might, we couldn’t resist.  It wouldn’t really be fair to rate it against other seafood chowders as it includes a full pound of lobster and the broth is infused with brandy.  To put it in perspective though, after agreeing on a 9/10 for the first bowl, Gillian named the lobster her favourite of the two (and hoarded most of the rest to herself).