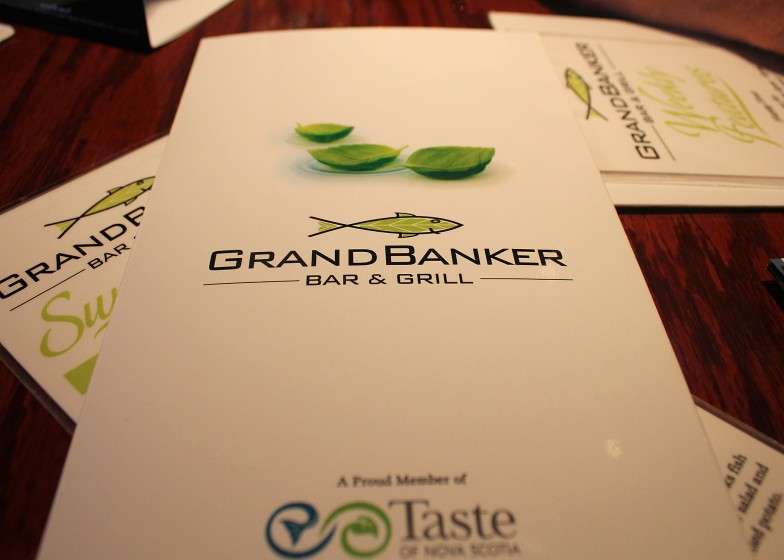 There have been some really brilliant things happening in the tourism industry in Nova Scotia recently.  From our NS wineries posts, readers will know that we’re big fans of the Winery Passport.  We’ve already visited ten of the twelve wineries featured, and after my mother’s guest post featuring Jost and trying Petite Rivière’s Tidal Bay, we’re eager to visit all twelve.

Luckily, we’ll be able to pursue another NS touring mission once we’ve completed the wine passport, thanks to The Chowder Trail.  This is a booklet featuring 35 restaurants throughout Nova Scotia that are renown for their tasty chowder.  Last weekend, we decided to get a jumpstart on the Chowder Trail when we visited Lunenburg (which has its own tourism passport featuring great deals) by sampling what The Grand Banker and The Old Fish Factory had to offer.

I previously covered The Grand Banker in my South Shore Fish & Chips Tour post.  Their fish & chips were head and shoulders above the competition, and it took all of my willpower to avoid ordering it again.  Instead, we ordered the beer-steamed mussels to split with our chowder, paired with a Propeller Pilsner for me and a Grand Banker Ale courtesy of Molson for Gillian.

Not to be outdone, the chowder set the bar for all the chowders we will be trying on the trail.  The passport gives you the option of rating the chowder out of ten and keeping notes to explain your score.  We gave the Grand Banker’s chowder 9/10.  We had ordered a cup, but it was the size of a bowl at most places and still came with garlic bread to clean the bowl (often places will only offer crackers for a cup).  It lost a point for not being quite as creamy as we like it, but the flavour was so good we didn’t need to add pepper and it was loaded with clams, mussels and shrimp.

After touring around Lunenburg and working our appetite back up, we stopped into the Old Fish Factory for chowder round two.  This time we ordered a bowl to split, and Gillian paired it with a Pina Colada (suggested by @EmilyErin77 on twitter) to enjoy on the beautiful waterfront boardwalk.  Though the chowder scored points for lots of huge pieces of haddock, it was short on shellfish and wasn’t nearly as creamy as we like it, plus it was an extra $3 for the baguette.  We gave it a 7.5/10, but are looking forward to returning to try some of the other menu items.

Like the Wine Passport, the Chowder Trail has a draw for prizes once you’ve visited a certain number of spots.  Five or more stamps mean you’re eligible for $500 gift certificate from Clearwater Seafoods, 15+ for a weekend getaway at Chanterelle Country Inn & Cottage and 25+ for a Grohmann seafood knife set.  In all, 35 restaurants are featured.  Two down, 33 to go!