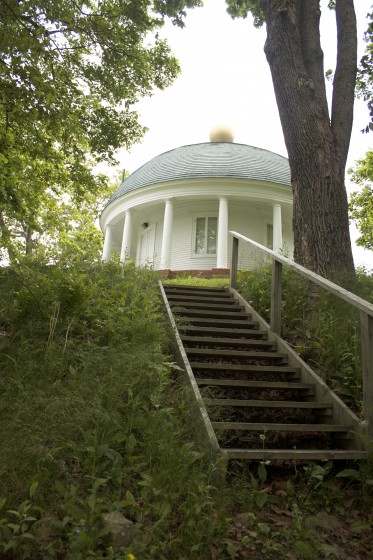 Welcome to the fourth installment of day trips and vacation spots in HRM accessible by bus (and bike!). Today we’ll take you on the #80, or what could be easily called ‘The Seafood Route”.

The 80 starts at the Scotia Square terminal and takes you past some awesome spots in the downtown core, but for the purpose of this post we’re going to start the trip at the Superstore on Joseph Howe Drive. There are many excellent routes for downtown adventures (try the #1 for downtown and the #42 for Robie Street), and the #80’s best bits are further along.

Note for cyclists:  Cycling distances begin at the Superstore on Joseph Howe Drive.  Take care merging onto the Bedford Highway as there are many lanes and traffic tends to be heavy here.  Also, from Hatchery Park to Fultz House, follow the walking route rather than going on Hwy 101 (it’s prohibited for cyclists).  The #80 does not have a bike rack so if you’re cycling out, you’ll be cycling back.

Jim’s Family Seafood Restaurant  (2.9km)
There is a LOT of great food on the #80 route, starting with Jim’s. It offers home style cooking (if your hometown was made up of a group of fishermen, Greek, and Italian residents) for a good price and an even better view. They have awesome deals on seafood, with most entrees ringing in between $10 and $15. The patio overlooking the Bedford Basin isn’t open yet, but we’ve been assured that it won’t be much longer.  If you like fried fish, get the seafood platter.

Tomaso’s Pizza (2.9km)
Also in this area is Tomaso’s Pizza (@tomasospizza). Opened in 1969, Tomosa’s claims to be the oldest pizzaria in Halifax. The owner is originally from Italy, and while we didn’t have the chance to stop in for a slice, the pizza looks pretty good. We were especially interested in the Pesto Sopresa and the Spinaci and Galo Arrostito.

Nature’s Cove General Store (3.9km)
When I first discovered that I couldn’t eat wheat, I had a really hard time finding some decent bread. That is, until a kindly stranger heard my laments and suggested Nature’s Cove. Nature’s Cove is an awesome little shop chock full of local, organic, natural and all around good for you products. Over the weekend, we also learned that they are currently installing the means to offer fresh-scooped ice cream, and some cooking gear to be able to make more in-house creations.

Prince’s Lodge (The Rotunda) (5.7km)
I was really looking forward to covering this route specifically for the Rotunda. For years, I have driven by this funny little round building and wondered what on earth it could be. Thanks to @1_car_guy, @anthonymartinNS and @Steamwrksdesign, our questions were finally answered.

As it turns out, this whole area once played host to Prince Edward and his French mistress Julie St. Laurent. What was once a huge estate fell into disrepair in the late 1800’s, and was broken up and sold into lots. The circular building that can be seen from the road (the Rotunda) is an old music room. If you go into the park you will also see the ‘Heart Shaped Lake’, which Edward built for his mistress.

It seems that Hemlock Ravine was a bit of a lovers playground for the pair.  What all of this taught me is that being a king’s mistress is the way to go.

Hemlock Ravine (5.9km)
@aldelory suggested we check this one out, and we’re glad we did. You could easily spend the whole day here. The park is huge with a network of well-groomed trails (@halifaxtrails).  This is a great spot for couples to go for a walk (or for kids to pretend they’re Robin Hood).  We’ve added a few pictures but you really have to see this one for yourself.

Fisherman’s Market (5.8km)
From this point on, you really start to hit the seafood portion of this adventure. Fisherman’s Market (@fishermanshfx) is a great stop if you plan to bring some lobster home for dinner. When we were there, they also had some samples of their spicy smoked salmon. ☺

Clearwater (7km)
Down the road from the Fisherman’s Market is another fish market at Clearwater (@clearwatersea). As soon as you enter you are stopped short by their starfish display of live lobster. The proximity of the two markets makes it easy to compare options and prices so we suggest visiting both. One thing that we liked about Clearwater is that they have stocked the store with tons of seafood trimmings (butter, cornbread, spices, cream) making it a one-stop-shop for a lobster dinner.

They have a cozy room for hosting wine-tasting events, complete with dishware for food pairings. For bigger events, you can rent the whole store and have two bars going at once. This would make a very unique event space.

Battered Fish (7km)
Across the street from the Fisherman’s Market is a pop-up Battered Fish (@tbf09). We have had battered fish from the Waterfront and Scotia Square locations a few times now, and are big fans. The portions are big and well priced and the fries are a perfect mix between McDonalds and Homecut style fries. In addition to some great food options, they have an impressive array of vinegar options.

Esquire Restaurant (7km)
Since we are well versed in Battered Fish cuisine, we opted for a quick bite to eat at the Esquire Restaurant (@esquirebedford). This place is an old standard in HRM. It is everything you could want in a diner (except for local beers, which is unfortunate).

We tried the lobster chowder upon the recommendation of the two Coast ‘Best Of’ Chowder signs in the doorway (2008 and 2009). While it’s been a few years since they’ve made the best of list, we can see why the chowder has caused some commotion in the past. It is thick, creamy and loaded with lobster.

DeWolf Park (9.1km)
If you’ve ever been to Bedford Days, you’re familiar with DeWolf Park. The Bedford Basin park is named after Vice-Admiral Harry DeWolf, arguably Canada’s greatest naval officer. The park features a fair-sized green area, children’s playground, a boardwalk and signs that share historical facts that date back almost as far as the known beginning of the planet. One thing to take note of at DeWolf was the view of the infilling currently taking place in the Bedford Basin. The project is dumping pyritic slate into this unique ecosystem and has been making some pretty alarming changes. To read more about it check out here. You can also follow the citizens’ group on twitter @savebedfordreef

Thai Ivory Cuisine (8.9km)
Just past the street down to DeWolf Park is what may be the best Thai restaurant in HRM, Thai Ivory Cuisine. We have gone out of our way (i.e. to Bedford) to get their red and green curries. The best time to go is over the lunch hour to take advantage of their awesome lunch deals. Well worth the trip here.

I never thought that I was all that into old buildings, but Scott Manor House may have changed my sentiment. Built in 1767, it is the only full two and a half storey, gambrel-roofed colonial structure in Nova Scotia, and possibly in Canada. It also has two original mortarless, loose field stone chimney bases. This attraction is free to visit, but only open in July and August (we lucked into a visit during a special event). There is a tea room on-site that offers tea and assorted sweets between 2 pm and 4 pm.

Fish Hatchery Park (10.7km)
Just around the corner from Scott Manor is Fish Hatchery Park. As the name suggests, it was once the site of a large fish hatchery. Considering it’s right next to the main route, it’s a very peaceful little area that would be a great place for a picnic or to read a book. There is a 2 km walking route from here to Fultz House in Sackville. If you are not looking to shop in downtown Bedford, we suggest stopping at Manor House, heading to Fish Hatchery Park, and then taking a hike to Fultz house before bussing home.

Downtown Bedford (11.7km)
If you continue along on the bus, you will come to Downtown Bedford. This little shopping area has a lot to offer.  Most people are familiar with the original Pete’s location (Drew’s parents used to make pilgrimages all the way from New Glasgow to get hard to find British favourites) and the original Chicken Burger. You will also find the Sunnyside Restaurant (a great, deluxe greasy spoon) the Riverside Pub (a popular watering hole), the Freak Lunchbox candy shop and Uncommon Kids.

Fultz House (13.6km)
Fultz House is a small seasonal museum that pays tribute to more than 200 years of Sackville history. The museum wasn’t yet open on this trip (Open July-August), but we took the opportunity to wander the immaculately kept grounds. We had a great time exploring the property, which is filled with old-fashioned gardening tools, an original cooperage and a working replica of A.J. Smeltzer’s Lower Sackville blacksmith shop.

Even though this was our longest post to date, there are tons of cool things we have left out. If you take a #80 day trip, we’d love to hear what you liked the most.

Note: If you’ve been dreaming of an outdoor wedding, a few of these spots (Hemlock Ravine, DeWolf, and Fish Hatchery) can be booked with a Facilities Rental Contract through the city.

Be sure to check out our other #LocalTravelHRM posts on the #15 Purcell’s Cove, the #60 Eastern Passage and the #21 Lakeside!