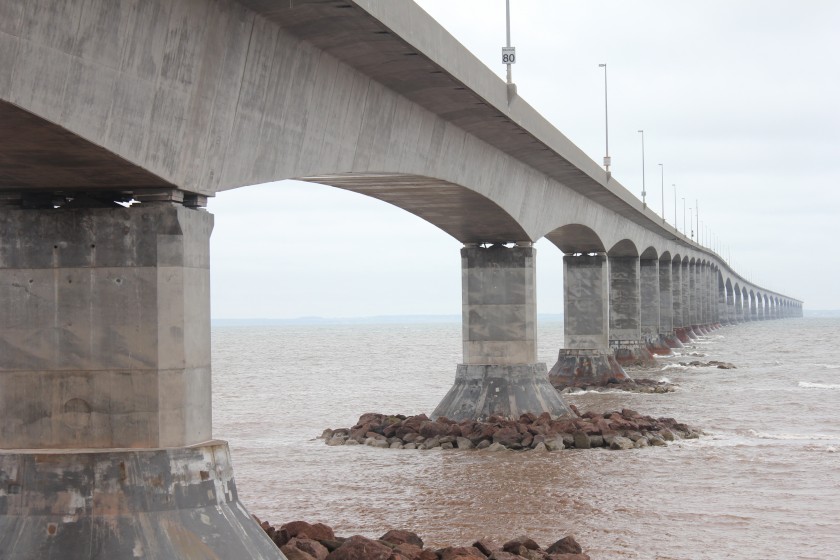 After much persuasion, the survivor man want-to-be half of our relationship convinced me that camping in June was a good idea.

Camping, in his books, involves whatever you can fit into a large camping backpack. In this case, that was a two person nylon tent (without a tarp), one cocoon sleeping bag, pillows and two blankets. Making matters worse, I packed the blankets without asking about the other contents, so ‘blankets’ ended up being two thin twin sized fleece blankets. My definition of camping has always included the following: a hard top pop-up trailer with a water and electric connection, close proximity to a heated pool, three beds with mattresses, as many blankets as will fit, an outside covered area to act as an eating area, a camp stove, toaster and a large assortment of breads, muffins, spreads, bacon and eggs.

However, hotel rates for June were unseasonably high ($210 for double beds) making camping his way seem like a great idea. We arrived at KOA Camping around 3:30. The grounds were well kept, there was a large main cabin with a few supplies and some ping pong tables and we soon found out that there were several sites available right on the water. When we asked about the water sites, the staff member told us that water sites were more expensive – $32 compared to $26. Sold.  The site itself was on a mini ledge overlooking the water. It was very large and secluded, with a fire pit and a big red picnic table, and plenty of room to park. After settling in and putting our feet up to read in the camp chair, we noticed we had a visitor… Not to worry though, apparently the only thing in danger from these crafty visitors are unattended shoes and of course unattended food.

Just down to the street, we found a local butcher selling organic, locally grown, gluten free sausage. Picked up a 6 – pack of hot Italian, a case of corona from the LC and settled into the fire for the evening. The sausage were better than any that we had ever had before, making it especially heartbreaking losing three to the fire from defective cooking sticks. The actual camping part was far less pleasant, ending with me sleeping in the back seat of the car and him using the cocoon sleeping bag as it was meant to be used.  That was cold weather and poor planning on our part, though.  The campground itself was beautiful, the canine visitors adorable and the food delicious.