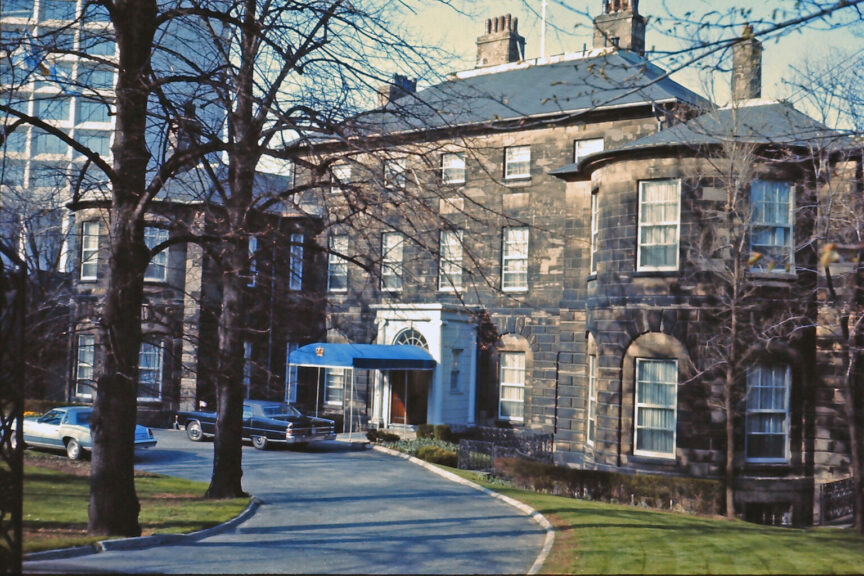 This collection is photos taken in Halifax in the 1970s, of buildings on Barrington Street heading north from South Street. In the 19th century this was Pleasant Street, the road to Point Pleasant.

A brick building at the corner of Barrington and South never seemed to attract much attention. I think it might have housed some federal government offices (maybe they had secrets). Imagine if it had been adapted to new uses; cozy commercial on the ground floor, magnificent suites with high ceilings on the third. But it was demolished and replaced by aggressively nasty looking apartments. 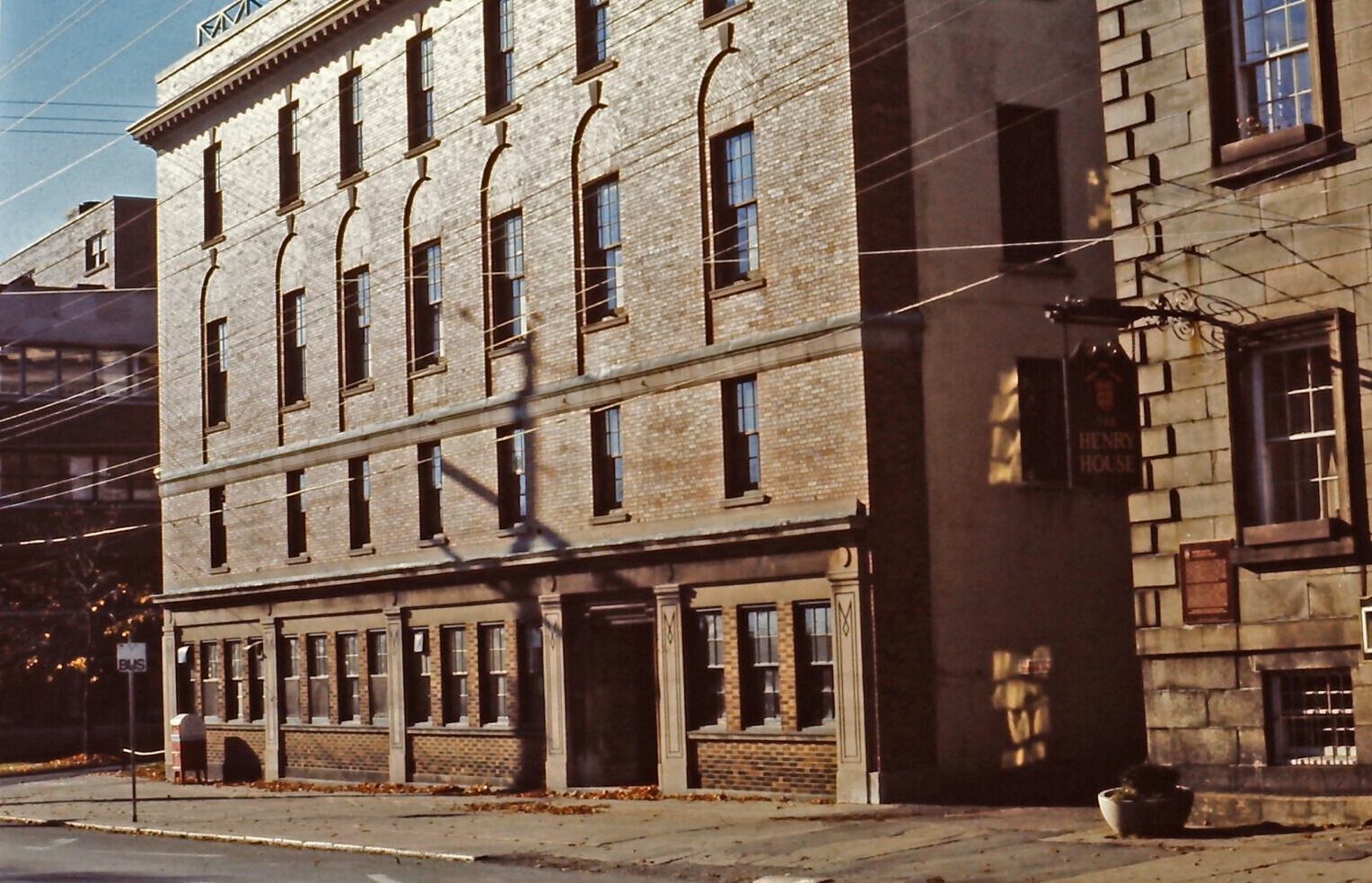 Next door is the Henry House, at this time a fine dining restaurant with a picturesque pub, the Stone Jug, in the original basement kitchen. 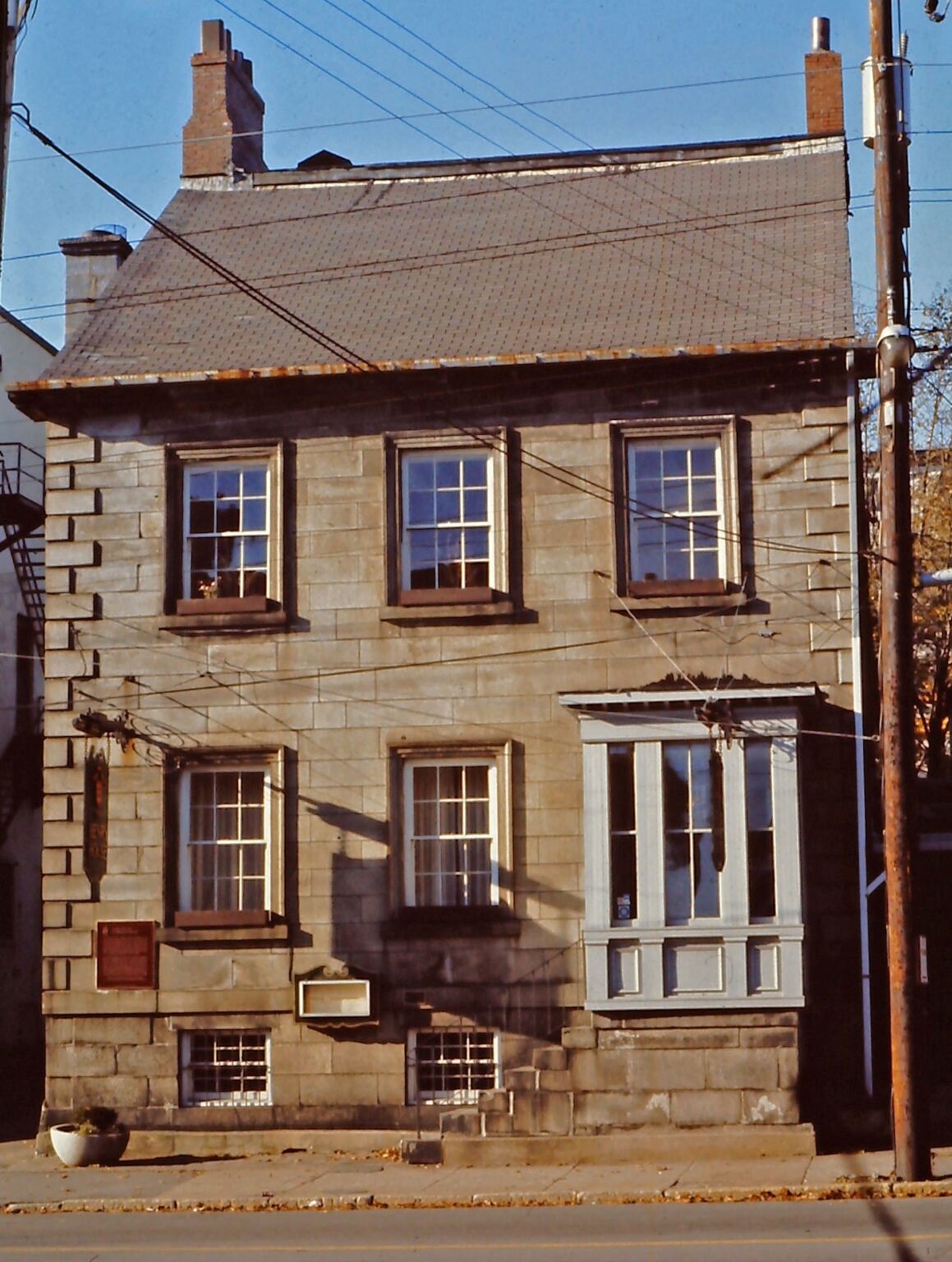 Most of these photos were taken to help me learn the vocabulary of old Halifax masonry. For example here: precisely cut granite for the façade, dressed ironstone on the sides; wonderfully random sized granite window surrounds. 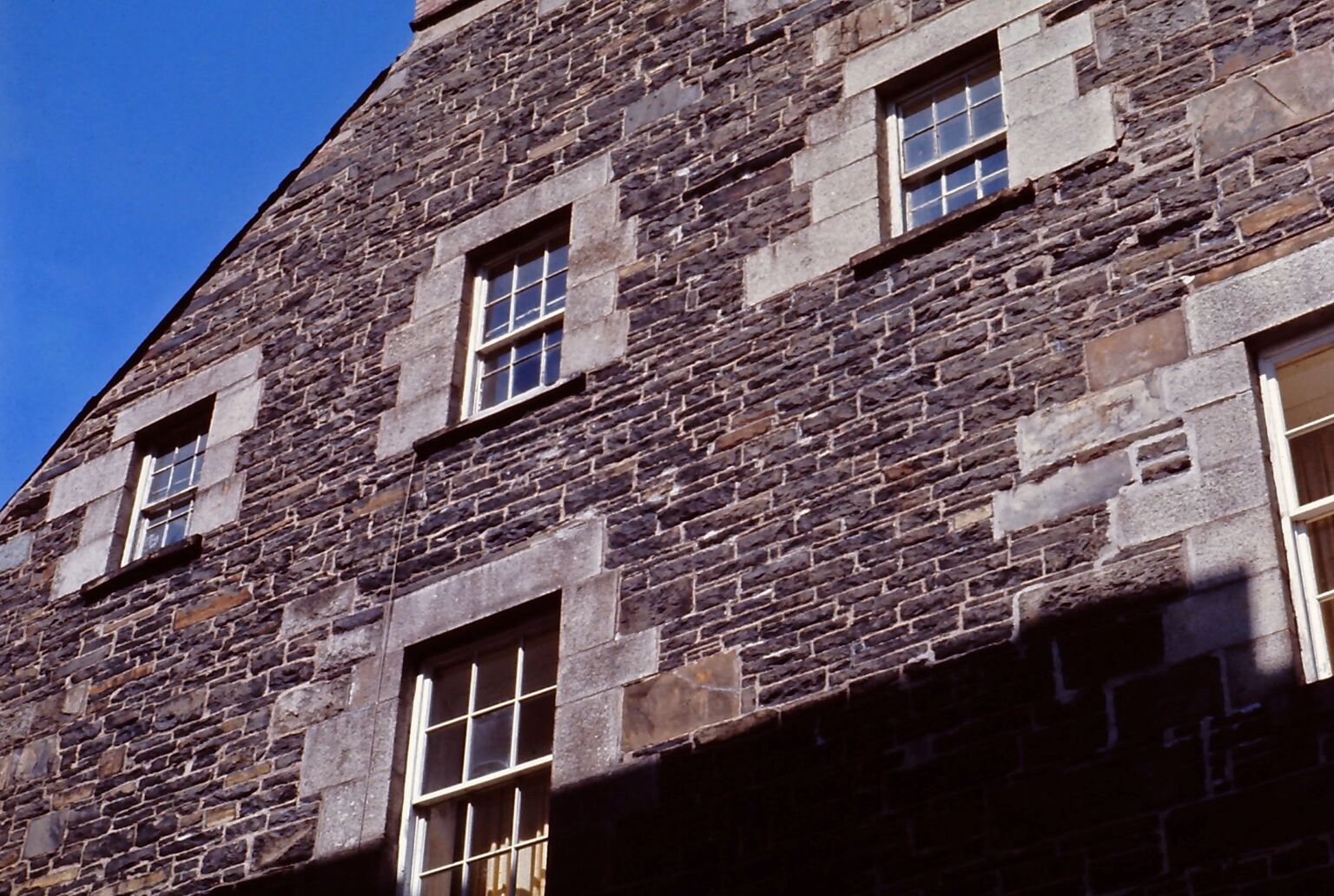 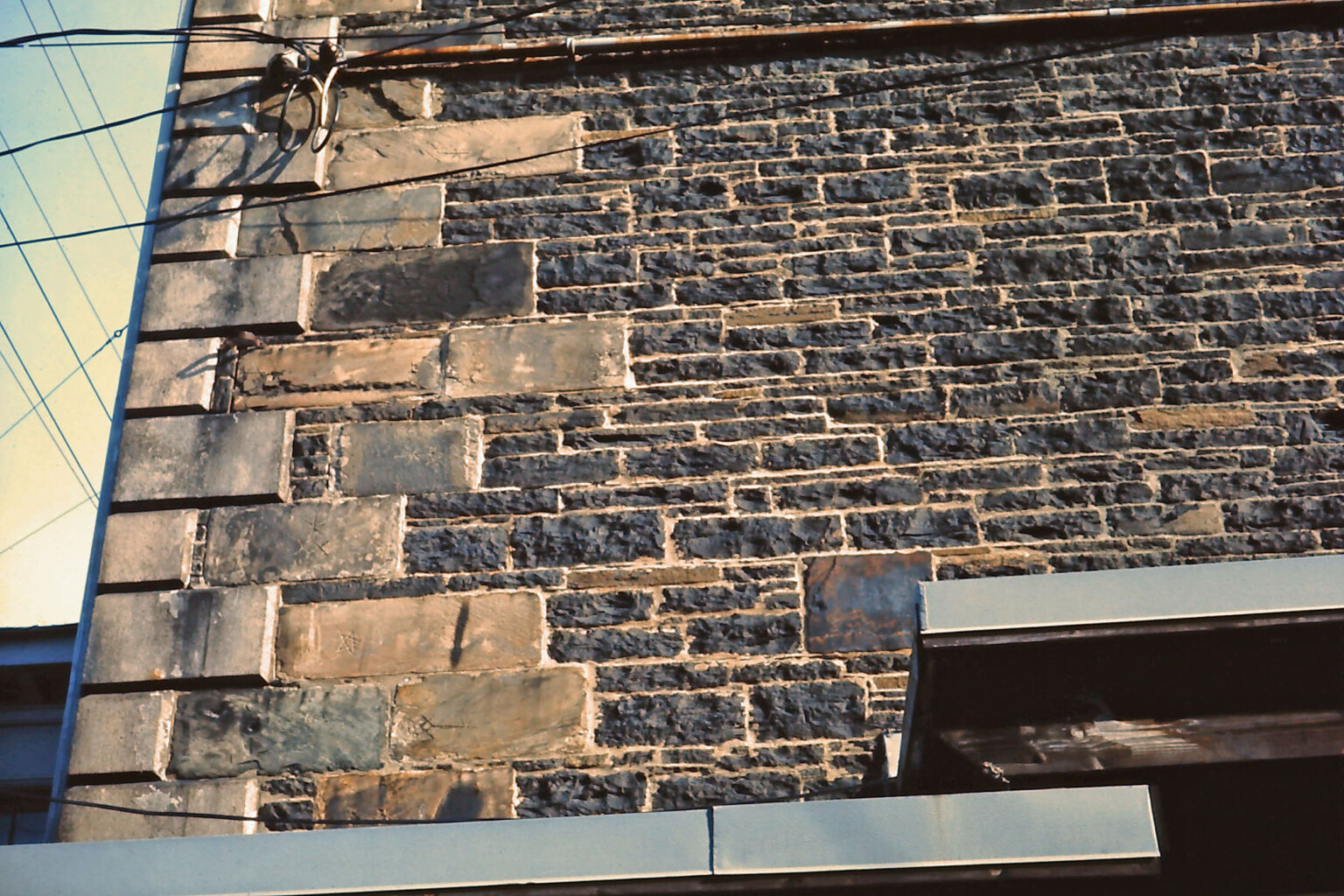 The Gerard Hotel was always a mystery. I’ll bet there are stories. 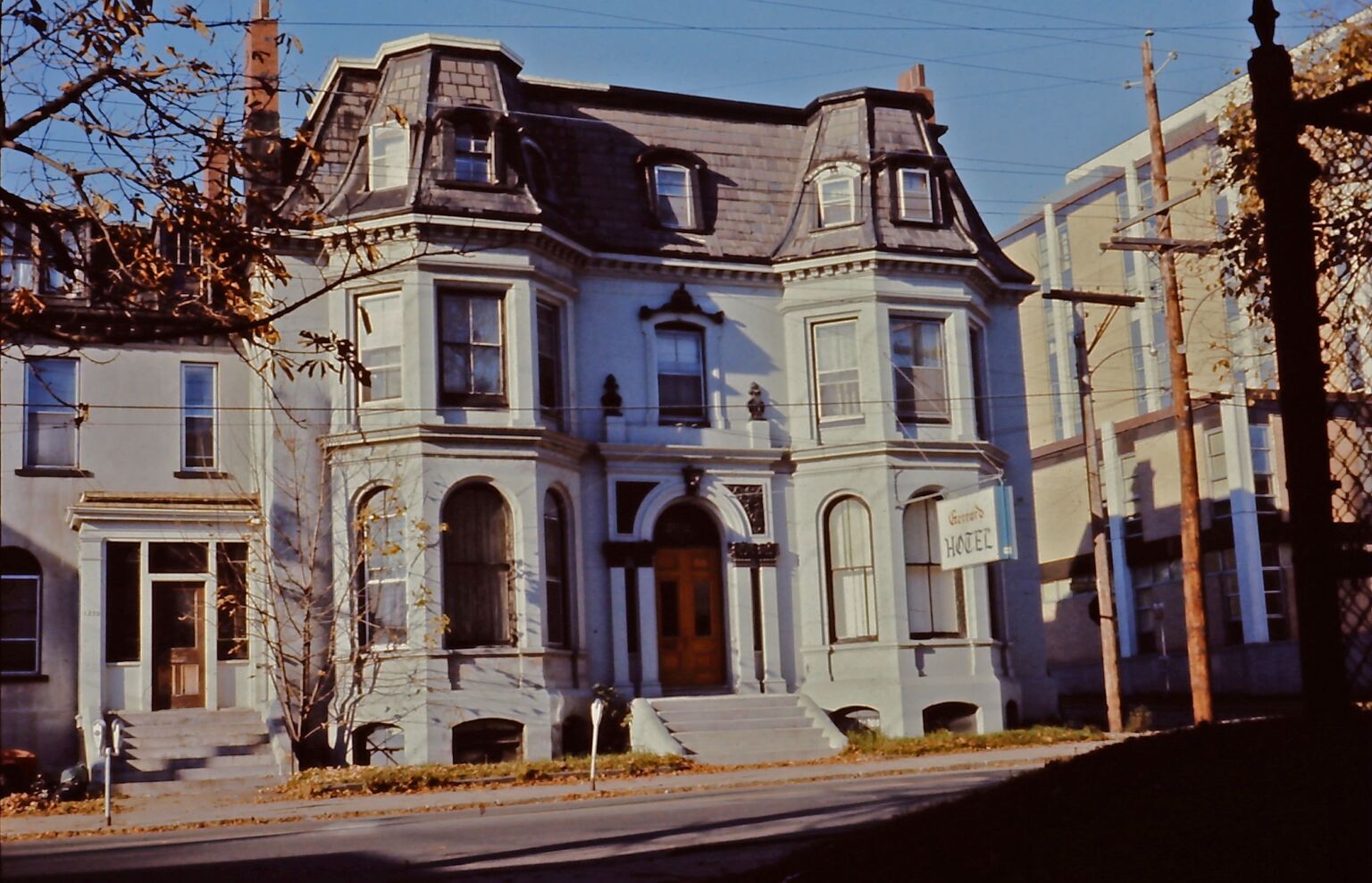 Across the street is a row of five substantial brick residences put up by a developer in the 1860s (imagine that). In1977 the one on the right was The Mission to Seamen, with a tidy little infill that included a garage and a chapel; notice the stained glass cross in the big west facing window. The organization is now called The Mission to Seafarers and has relocated to the Seaport. 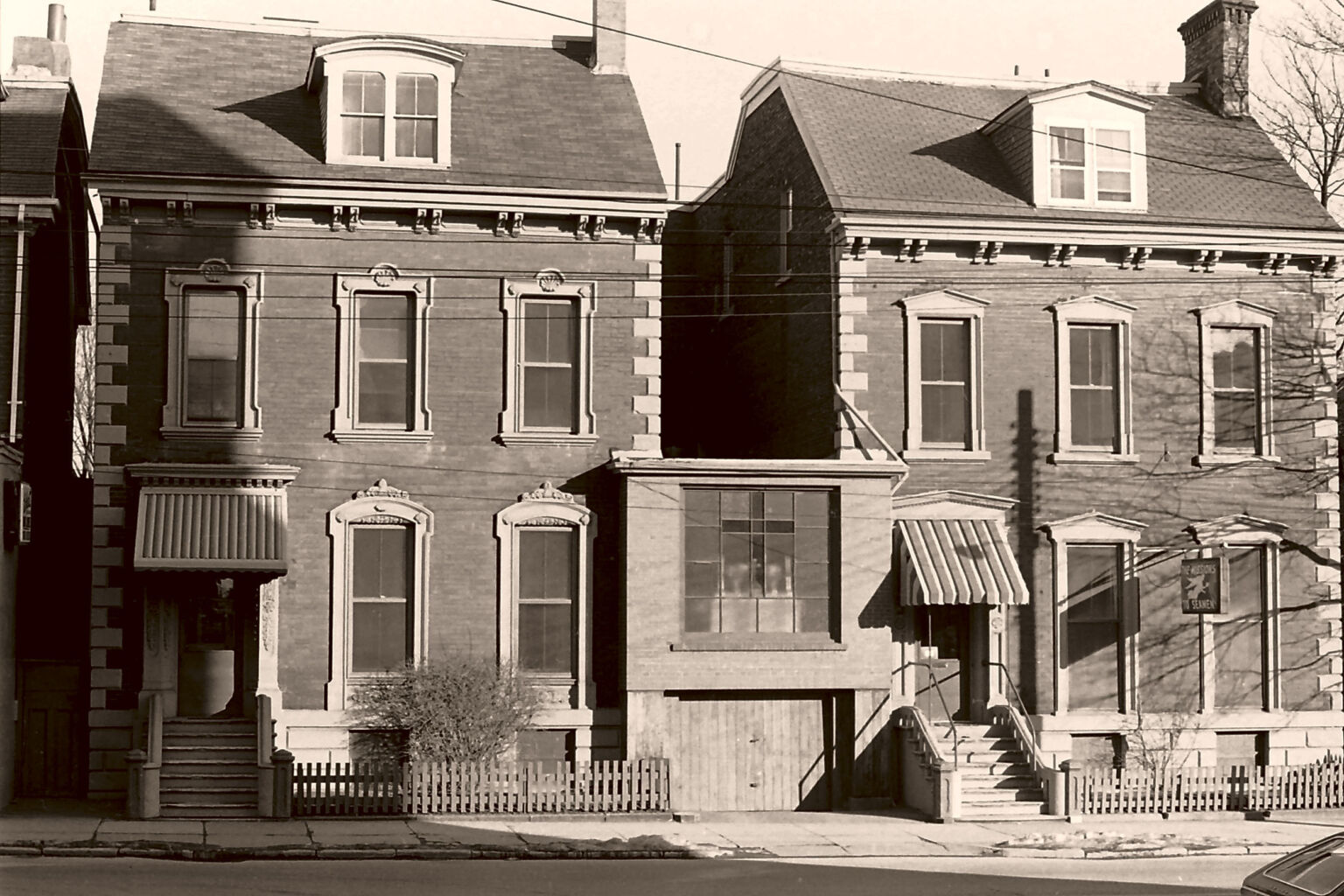 Beyond Morris Street are more brick residences from the latter half of the 19th century. This one belonged to Arne Benson who came from Norway and introduced Halifax to therapeutic massage. He also had a dance band, and his daughter was Head Girl at QEH when I went to high school. 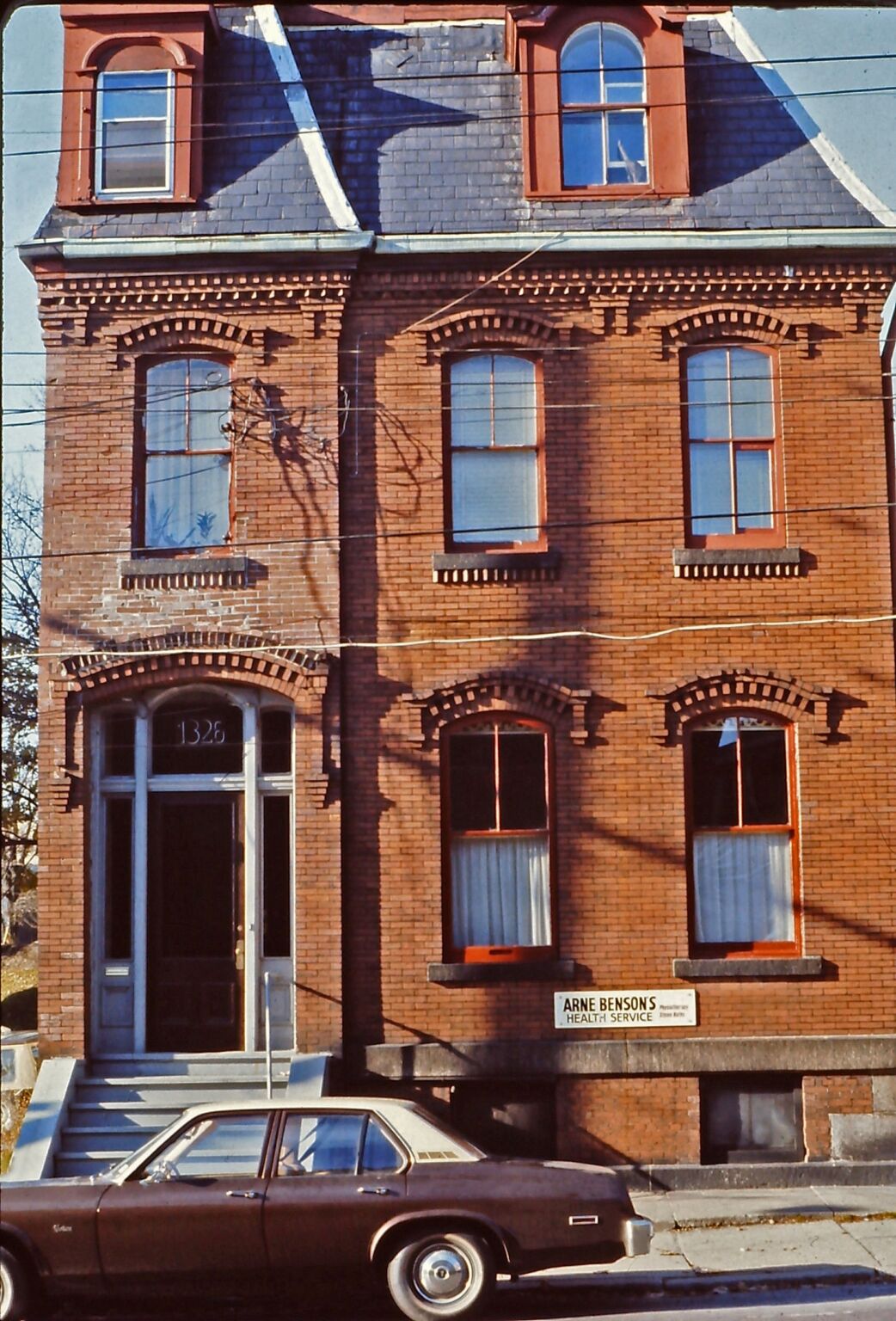 The other half of Arne Benson’s building had been removed at some point, so I’ve flipped the picture to approximate what the original house must have looked like.  Could have used a few more of these double houses around town. 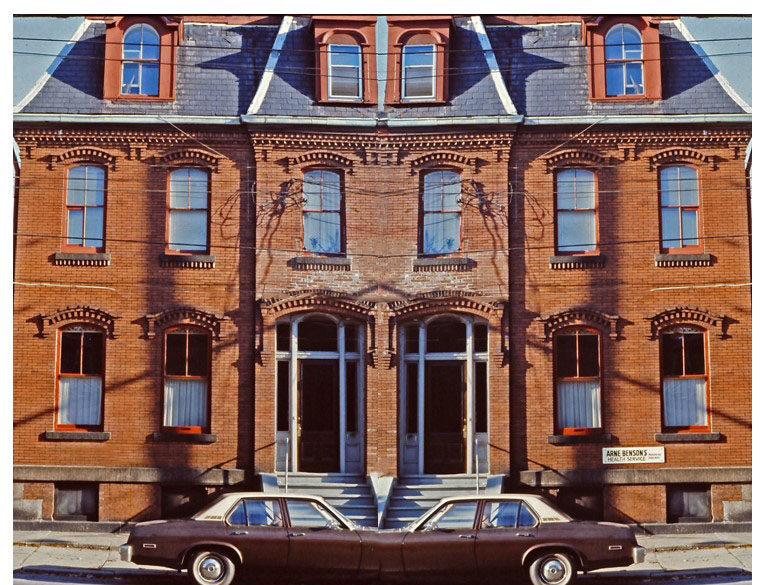 The Technical College had offices in this building but it would soon be delightfully renovated as the residence for the college president. 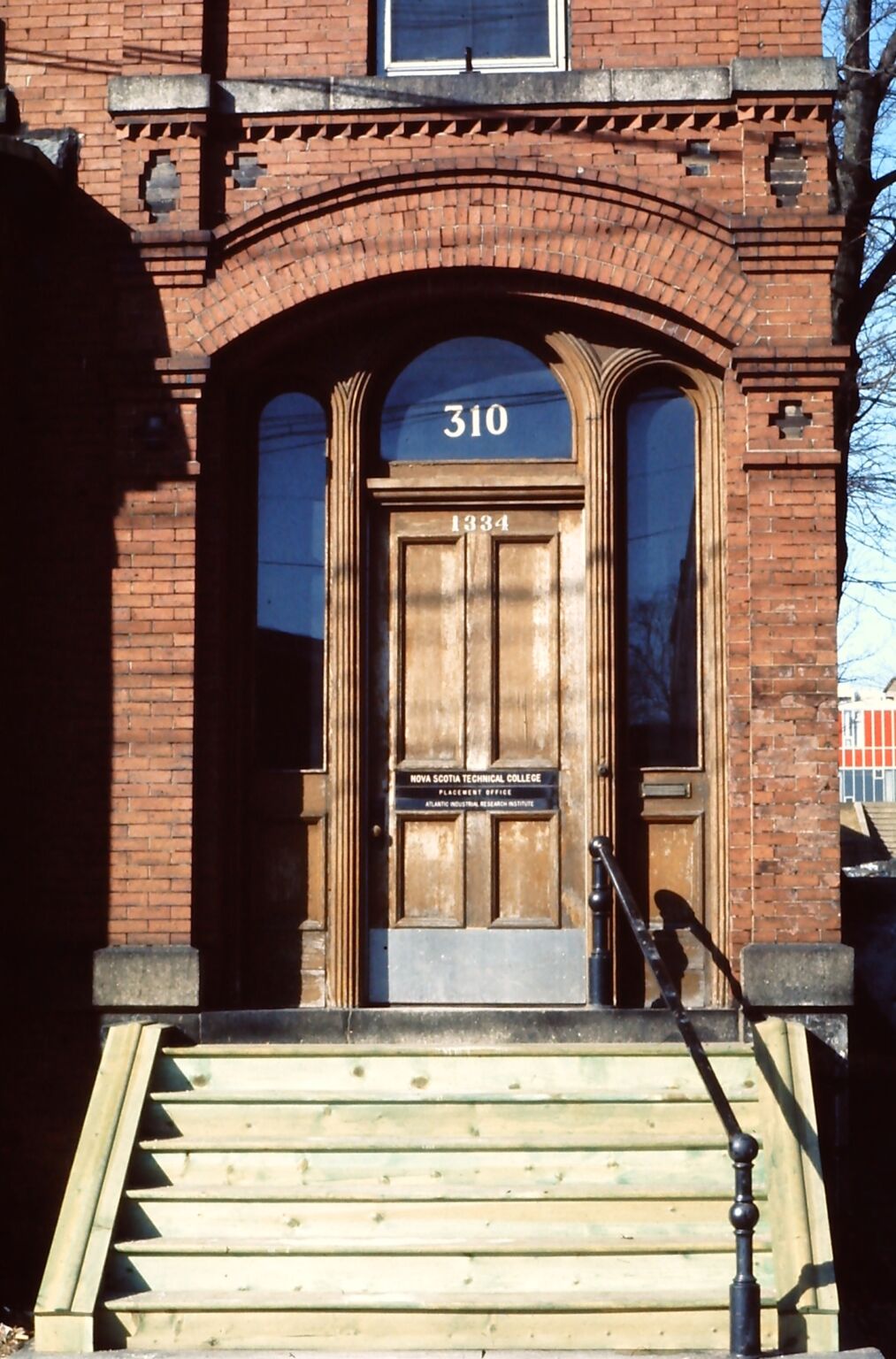 Larry Richards, a professor in the School of Architecture, produced an astonishing design that inserted modern forms and colours into the Victorian interior. It felt like a moment in Milan. 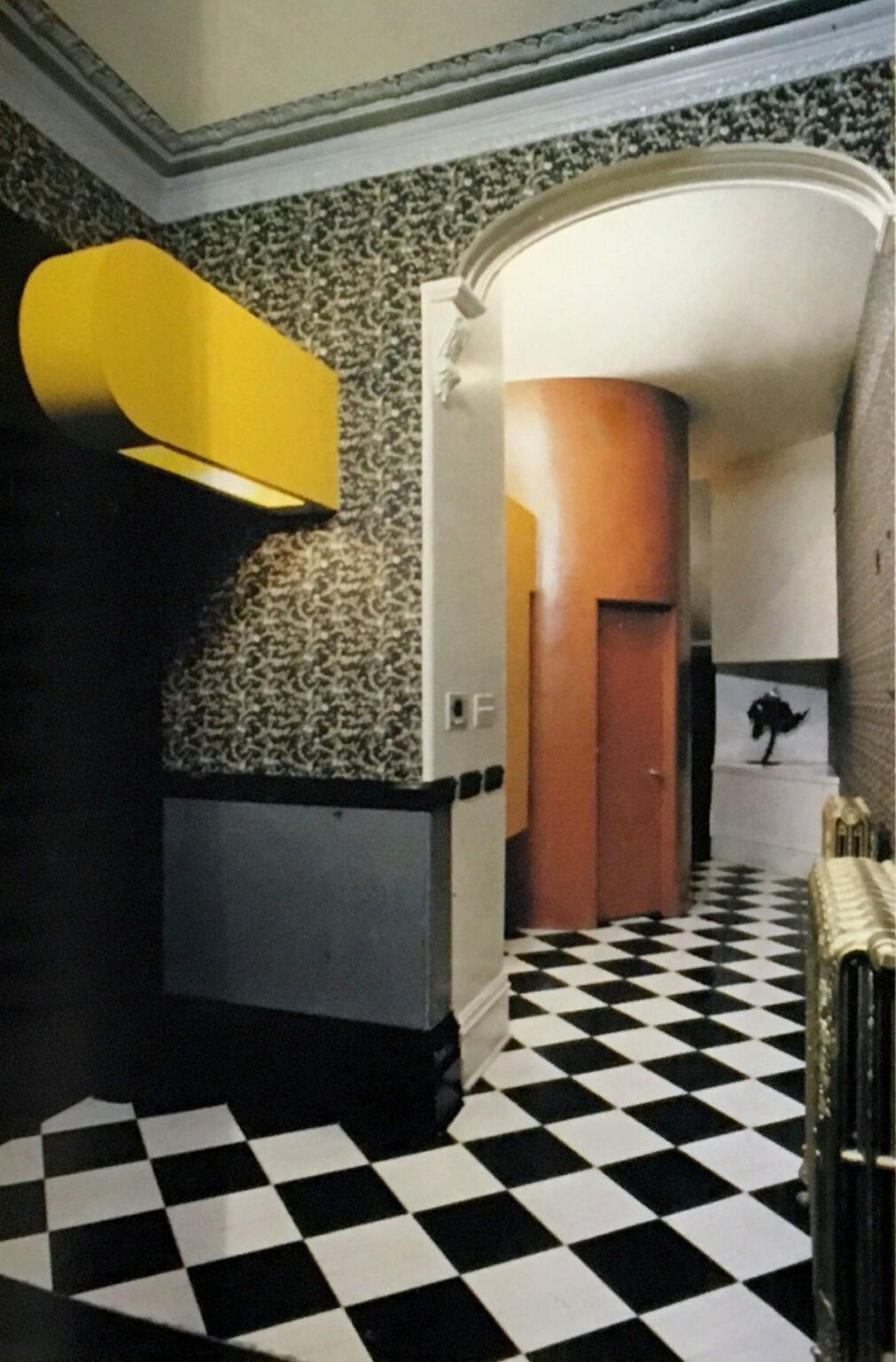 That’s the president’s residence on the left, next to a very conservatively designed residence built in 1864, also used for offices by Tech. 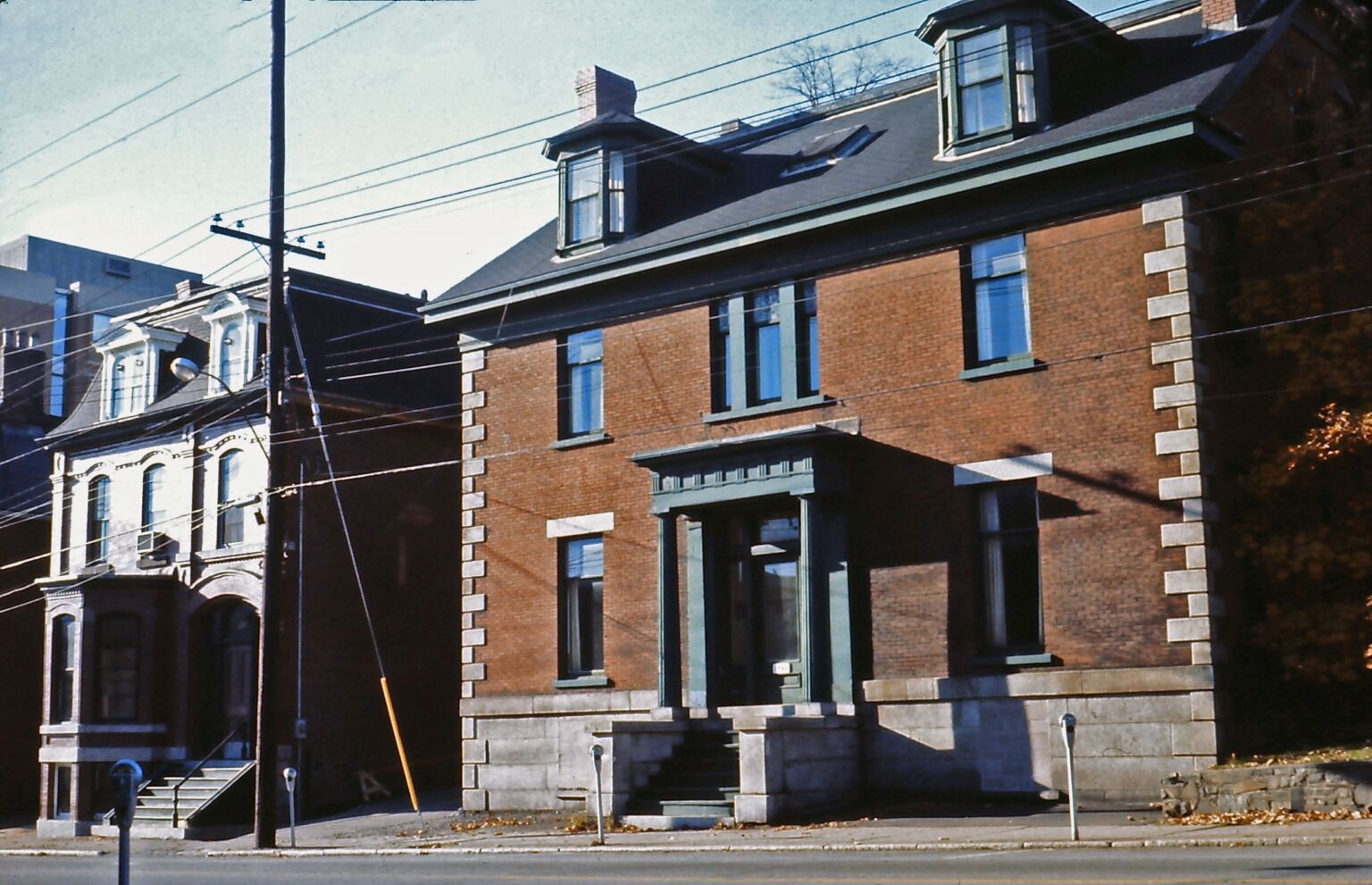 Across the street are three residences with character. The first two started out with formal Georgian elegance. They had their roof lines modernized in the 1880s because someone said it would make them look stylish and youthful. Mutton dressed as lamb made obvious when a sweet little French chateau moved  in next door and showed them how a Mansard roof should be worn. 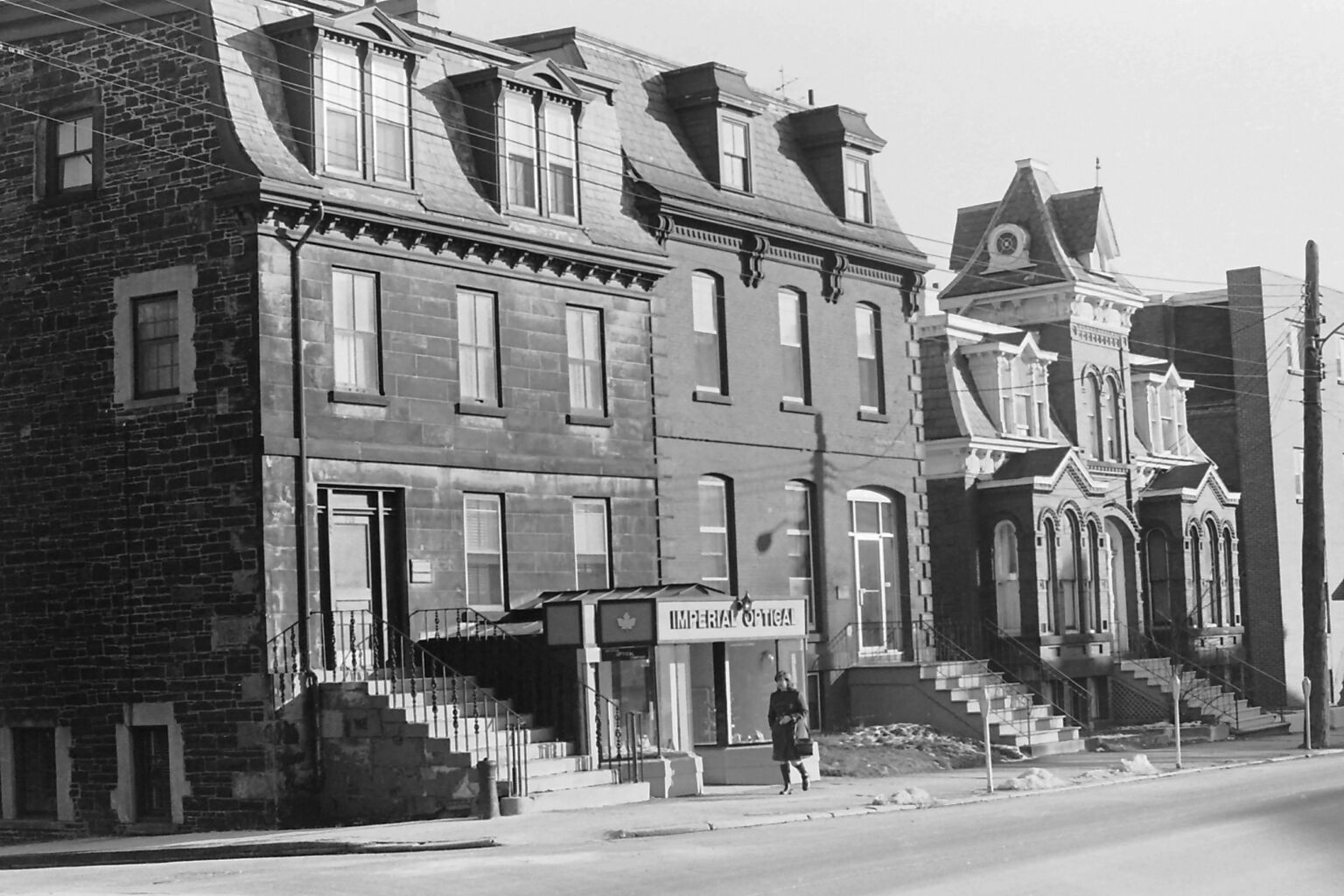 The side wall of the corner house records many ideas. Can you see the original roofline? An eye doctor had his office on the main floor and a clever shop front was added for the store selling glasses in the basement. 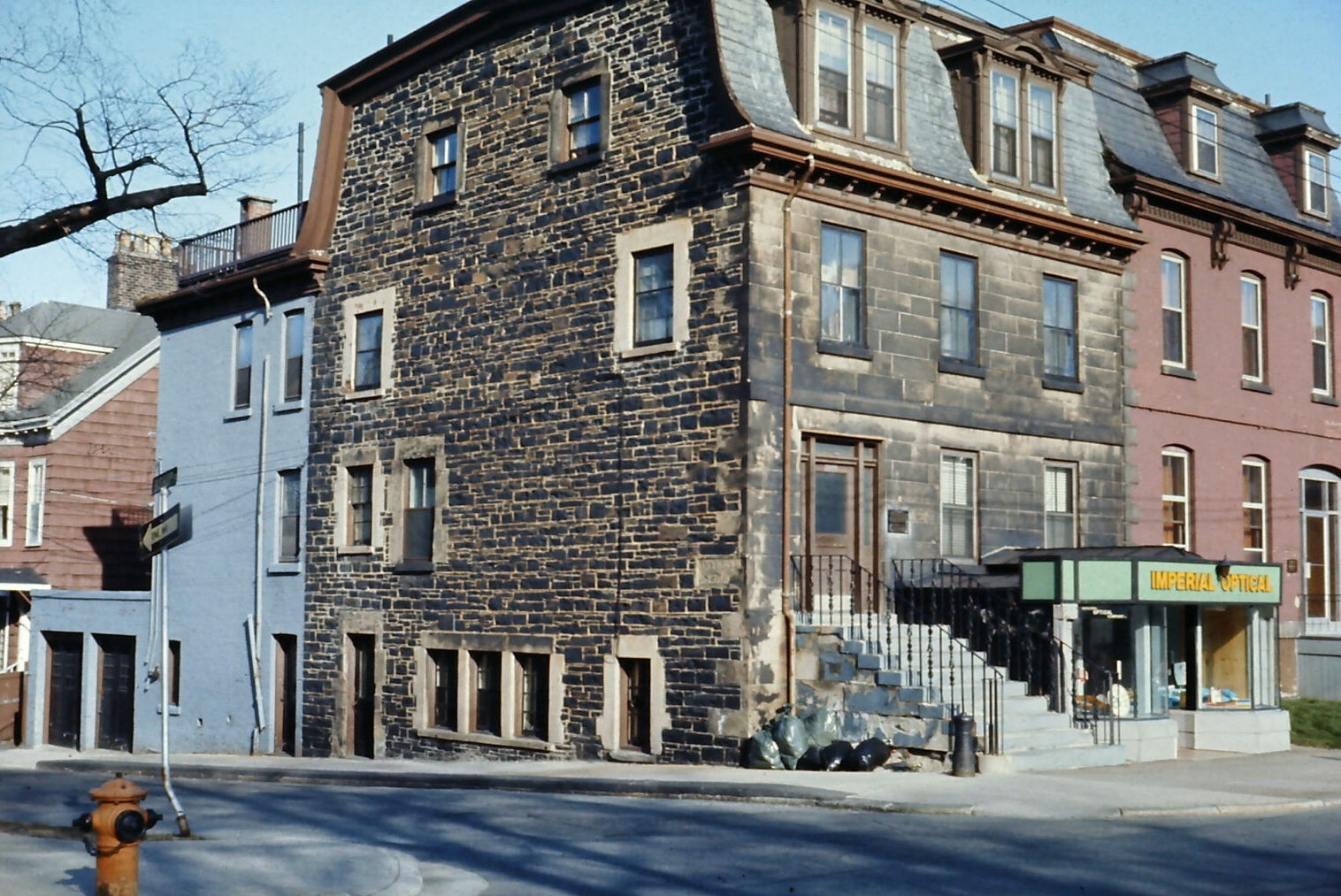 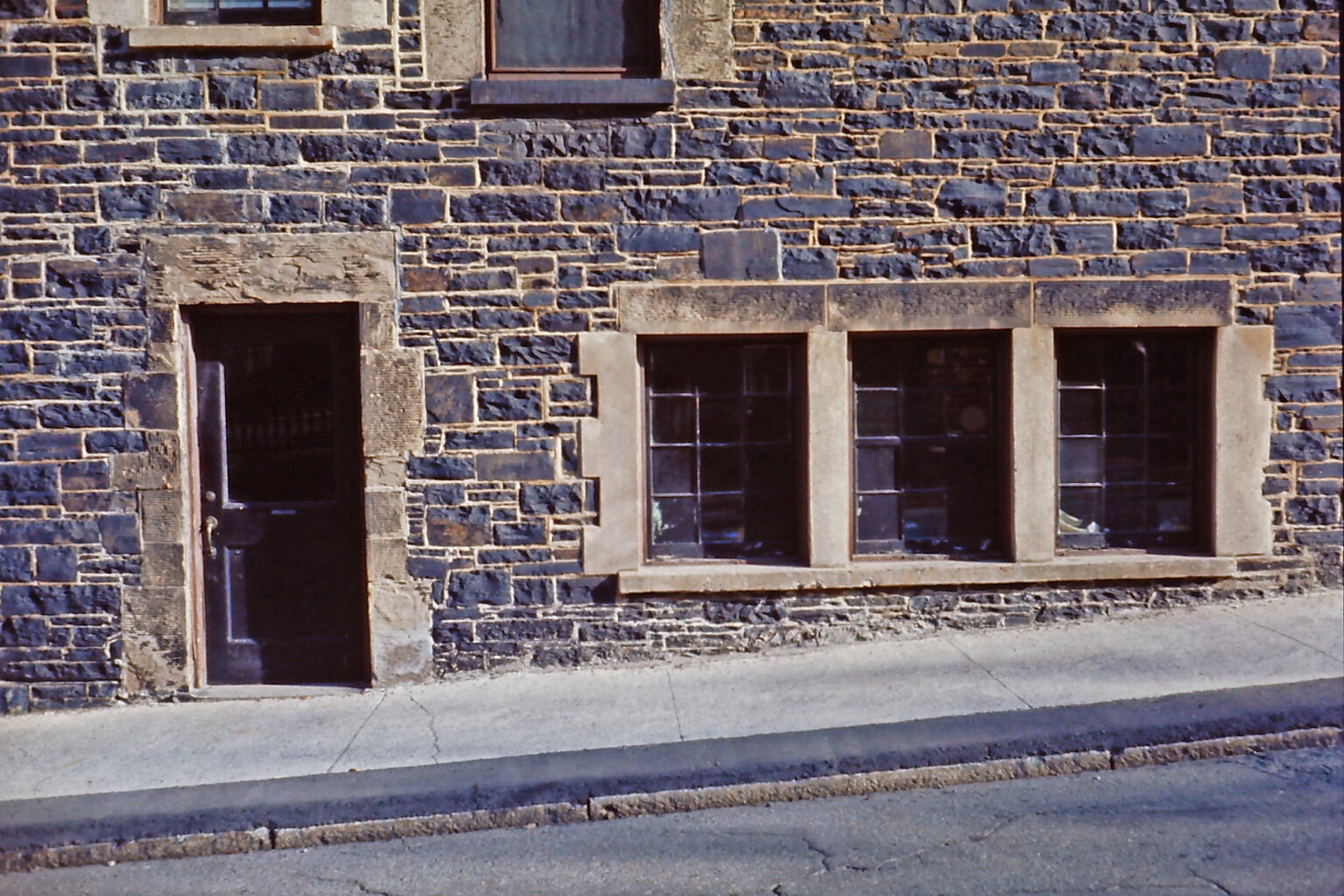 Also on that corner building is a beautiful “Wallace Street” sign carved in sandstone; I can only think of one other such sign in town. It feels on brand for Halifax that the street name was changed to Bishop Street about 150 years ago. 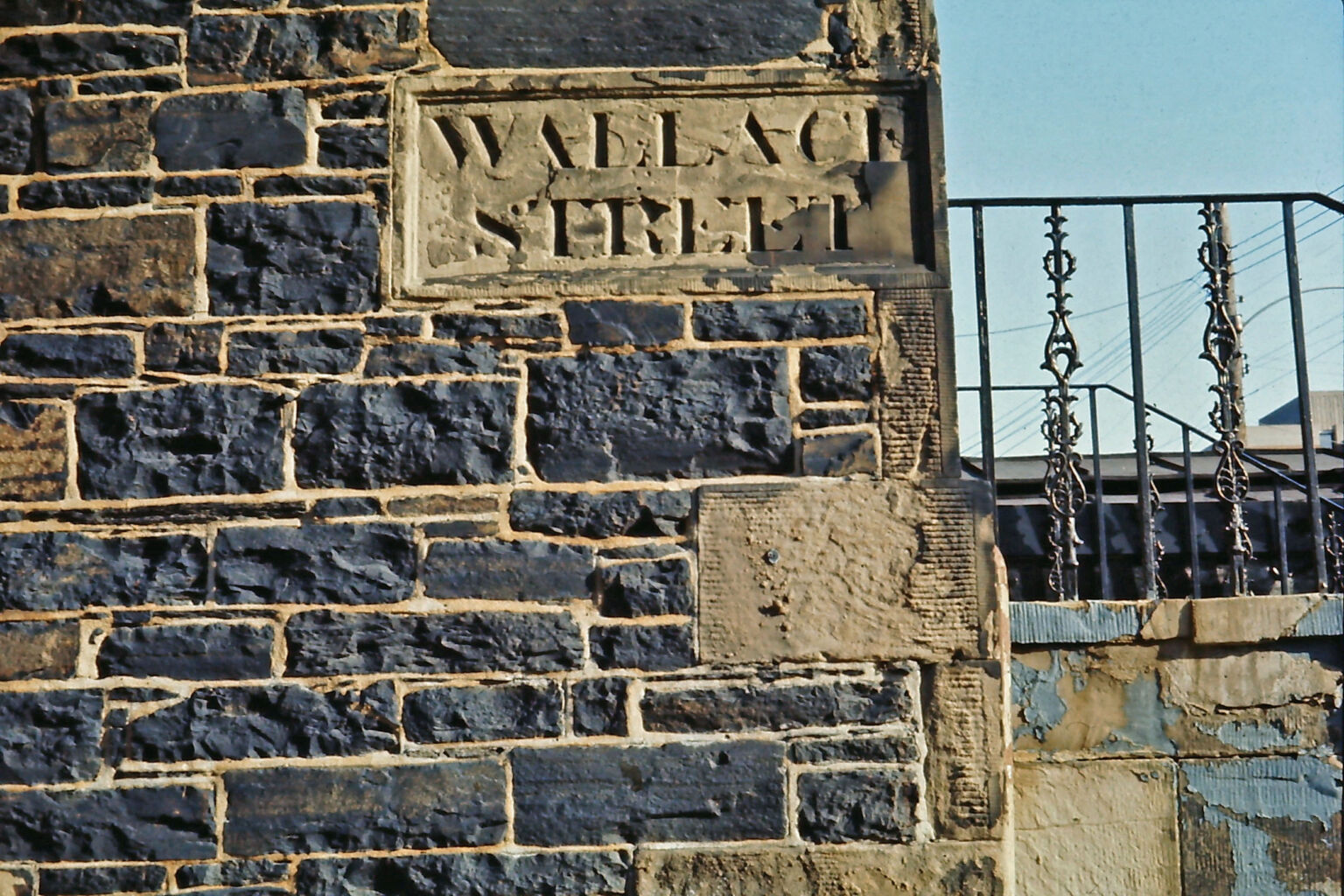 And of course the grandest residence in the province is next door, Government House. 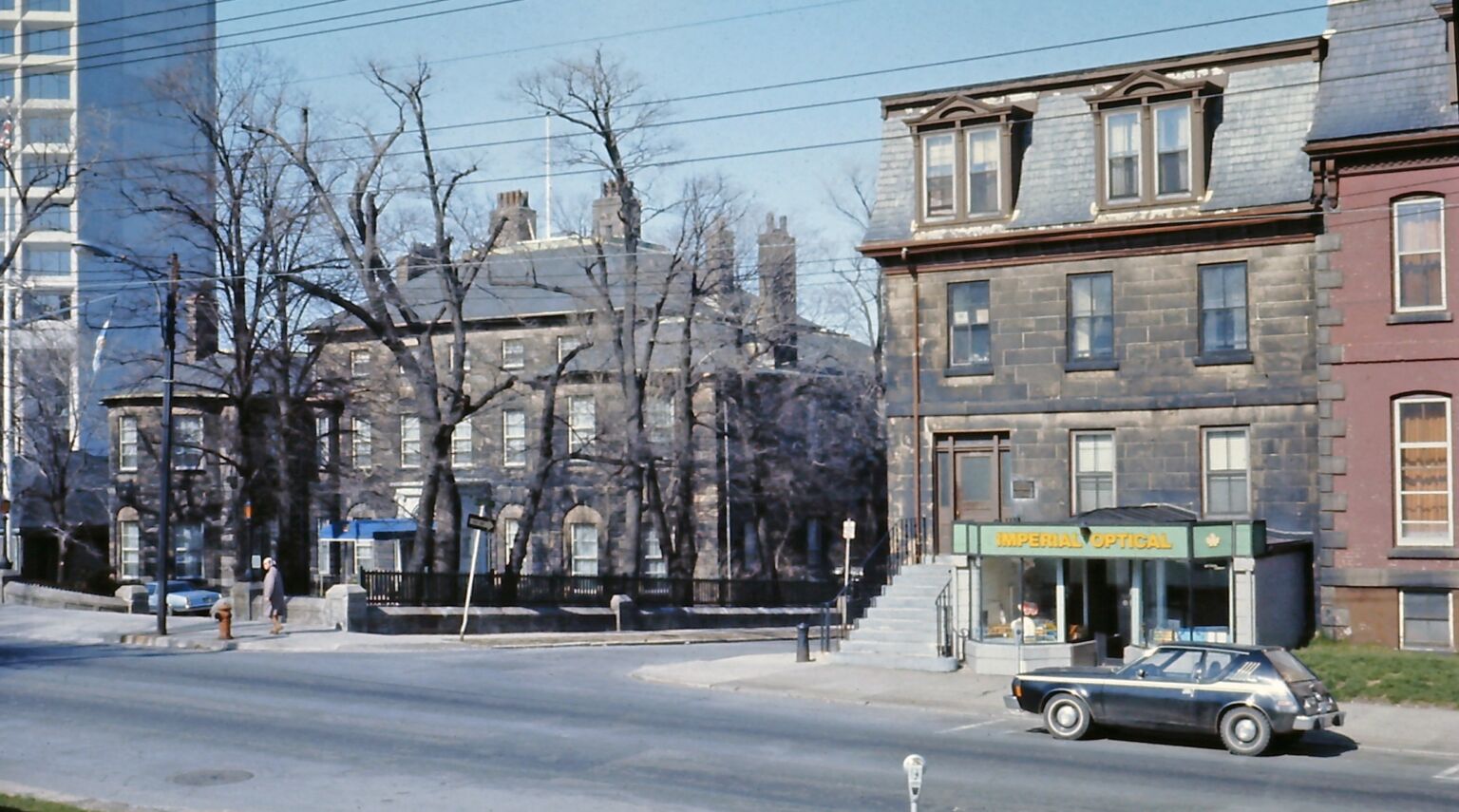 And to conclude this part of the tour we will pause in the St. Paul’s Burying Ground, one of my favourite places in the city. The Crimean War Memorial is usually called the Sebastopol Monument because that is the bold print battle highlighted on the side that faces Barrington Street. If the monument was reversed we would know it as the Inkerman Memorial, after another Crimean battle, not the village in New Brunswick. 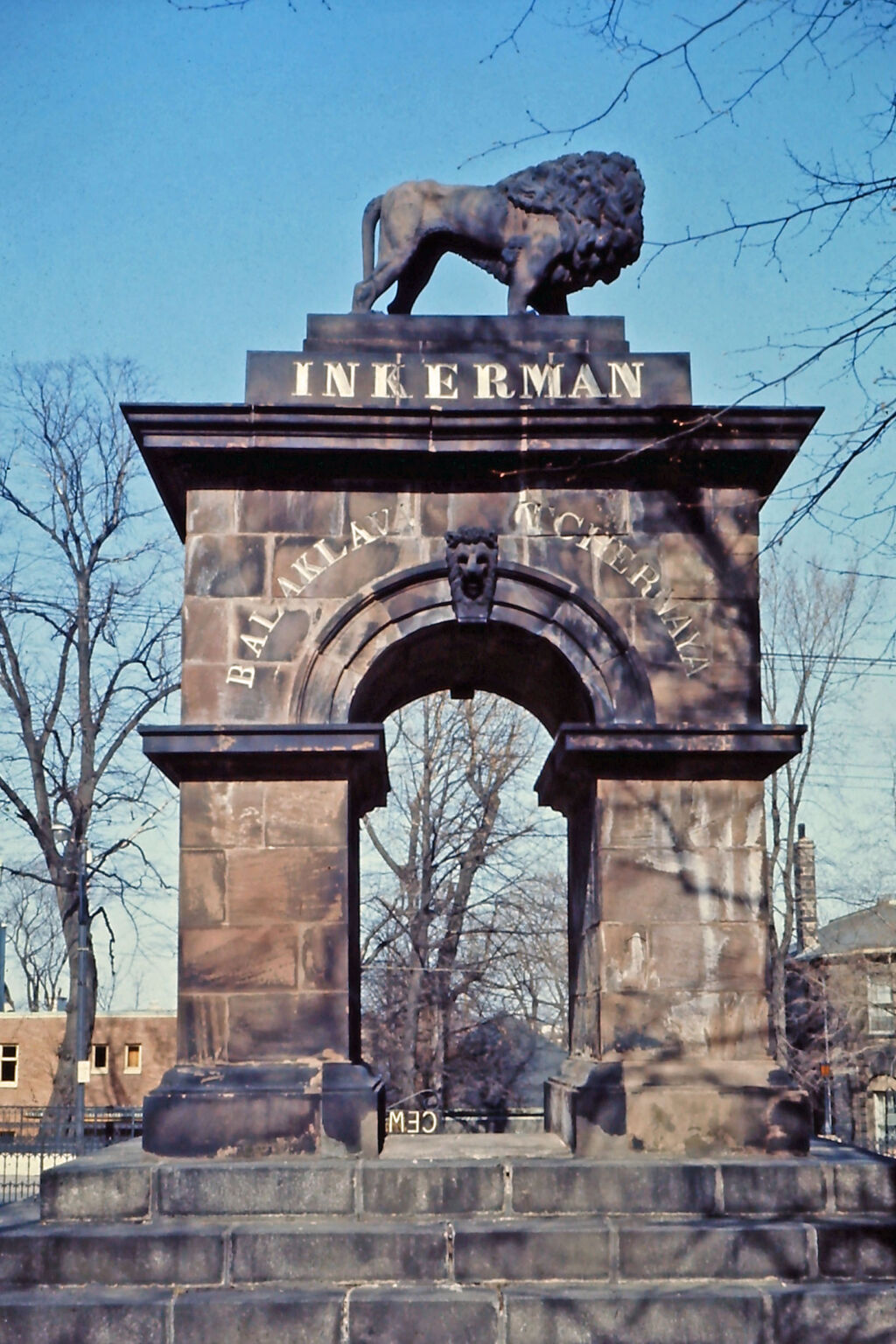 No better way to end than to acknowledge the burying ground’s cast iron fence that has provided texture, and rhythm, and transparency for pedestrians over the last 160 years. We used to know how to do this. 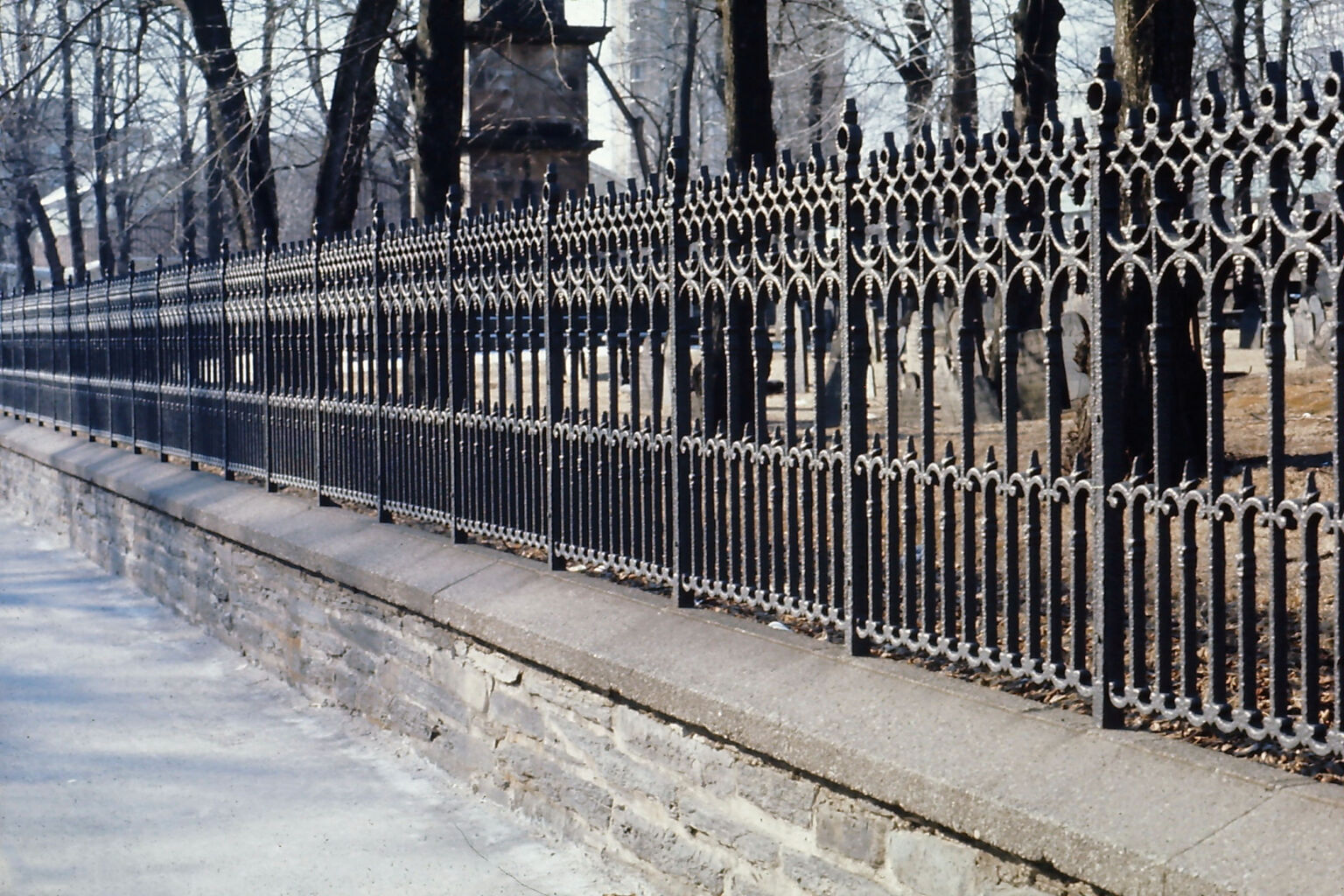 The Henry House Restaurant opened in about 1969 and was the project of Dick Raymond, an English professor at Dalhousie. I think that Dick craved a nice place to dine and realized this wasn’t going to happen unless he did something about it.

My first visit to the establishment was in 1970 to have a beer with a friend in the Stone Jug. My friend was an English student and Dick came over to talk to her. During our conversation I must have mentioned my interest in old gravestones because Dick said: come by my office tomorrow and I’ll give you a book. When I arrived he presented me with a 1929 beautifully bound and printed, limited edition that is still the most superb book object I own. It was an introduction to Dick’s ability to perform grand and sincere gestures. When I asked if he really wanted to give such a fine book to a stranger he said not to worry because he owned several copies. 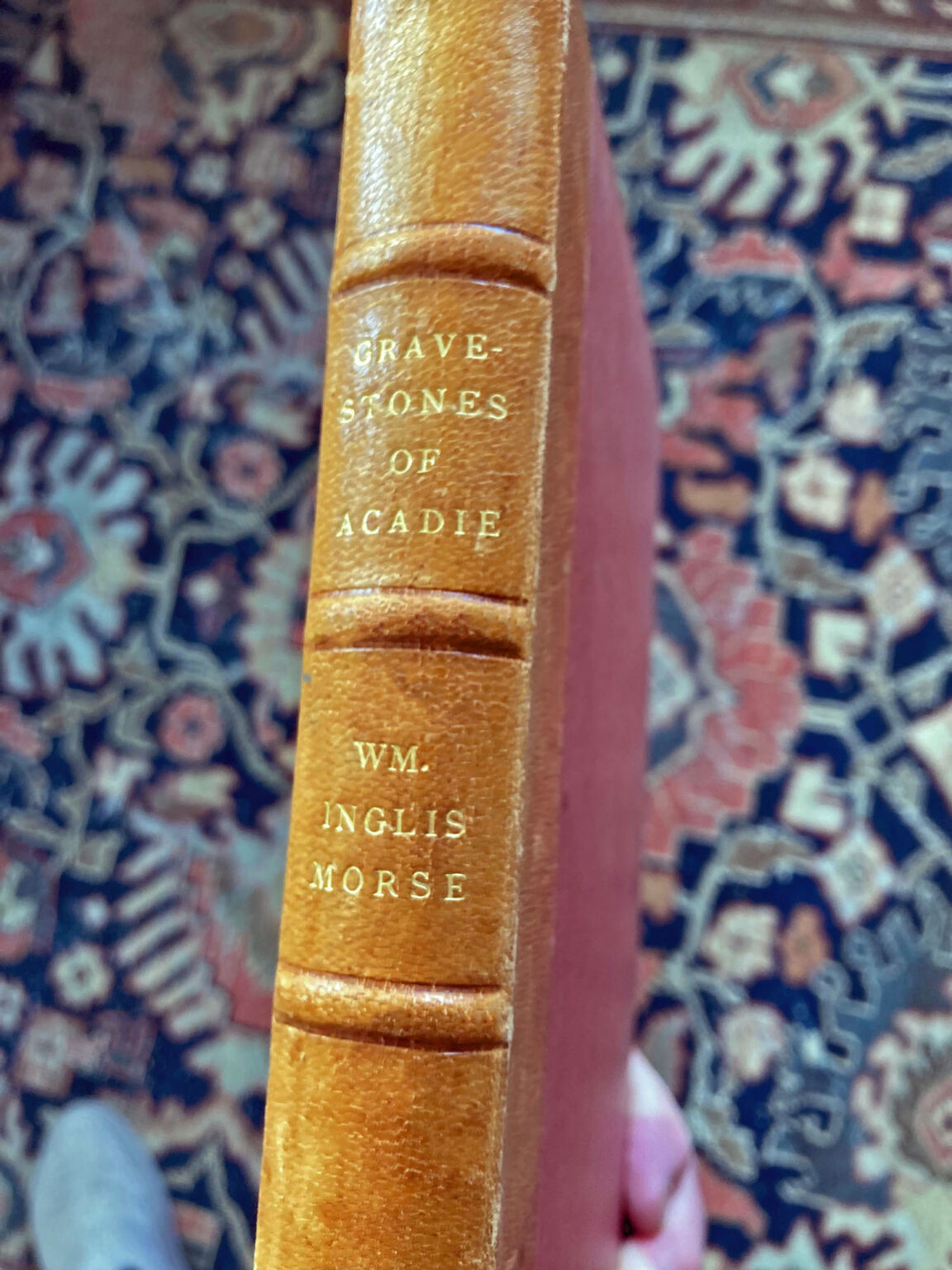 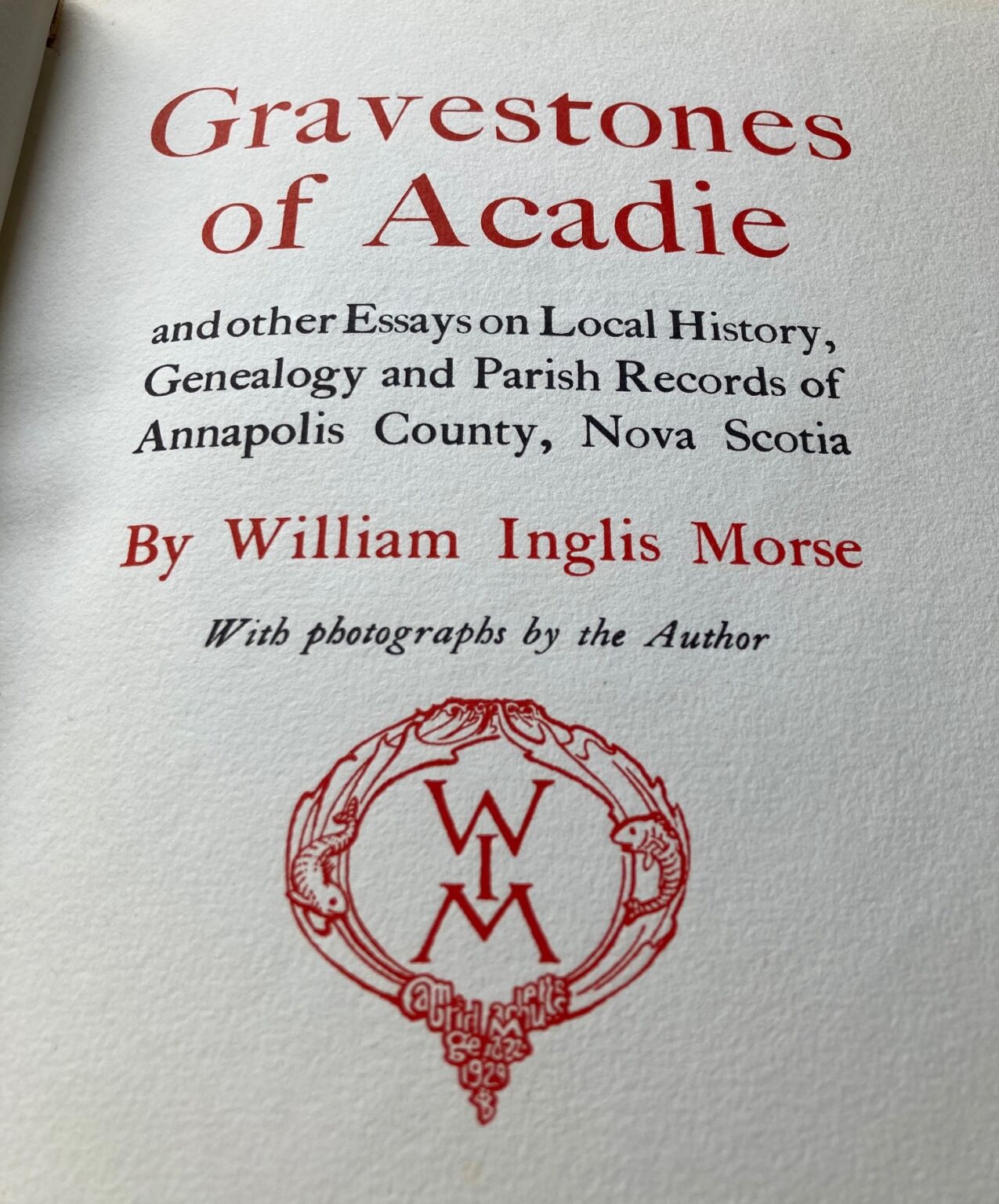 Dick Raymond died in 1991. If you want a sense of his warmth and joy read this little memorial by his colleague Rowland Smith. 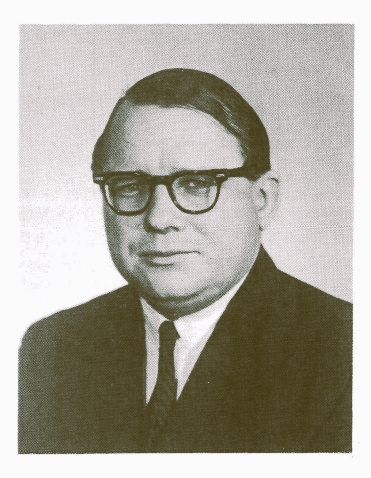 Sheila and I fondly remember eating Bud the Spud chips on the Library wall when Dick would come  along and offer to tell us a joke. I think he rehearsed these and perhaps used old joke books for his material. Here is one I remember him performing.

A courier is hauling a load of 25 penguins to the zoo when his truck breaks down. Along comes another truck driver who stops and asks if he needs help. The courier says “if you take these penguins to the zoo I’ll give you $100.” The other driver says “sure I can do that.”

After fixing his vehicle, the courier heads over to the zoo to make sure the penguins made it safely. There’s no sign of them. He panics and starts scouring the town for his missing penguins. An hour later he passes by the local cinema, when who does he see leaving the theater but the guy who said he’d help him, with 25 penguins still in tow.“ What happened!” the courier screams. “I told you to take them to the zoo!”

“I did,” buddy answers. “But I had a little money left over, so I thought I’d take them to a movie too.”

My social media friend John van Gurp has sent some first hand memories about the brick building that started this post. His direct experiences with the building when he worked in real estate for the Federal Government gives a special glimpse into a building that didn’t get the public notice it deserved.

I was involved with the building at South and Barrington when I was managing real estate for the feds. It was the former Maritime Command Building when we were tasked with selling it, and despite many months of marketing and being extremely flexible on the price we were unable to find a buyer who would adapt it for reuse… what a shame, it was such a gorgeous and interesting building. My understanding is that it was built as a hostel for returning soldiers after WW1, which all made sense as it had the remnants of a bowling alley in the basement, a theater upstairs, and was set up almost like a hotel with all smaller rooms and large multi-head washrooms with showers on each floor. There was a light well in the middle too.

When I had it as a surplus federal property after DND was done with it, many of these features were walled over and sort of hidden away, but looking in old closets and in dark rooms you could see it all.

The theatre had been converted into a “War Room” with a giant map of the Atlantic Ocean and little stick pin flags and labels like in Dr. Strangelove. I wasn’t sure if that was an actual artifact (someone said the Battle of Atlantic was run from that room) or if it was a prop from a movie that was filmed there at one point, which I also heard.

Speaking of movies, during the surplus period I licensed the building out to Major Crime Productions (Salter Street Films) and they filmed for a few weeks. It was set as a gritty old downtown Toronto police station and it could not have been better… there were even old black telephones, desks with rubber stamp carousels, and a fingerprinting station and more all left over from DND.

I did as much background research as possible to support a low price and to work with any developer who could come up with an adaptive reuse, but despite a couple of the more creative developers doing a thorough investigation they just couldn’t make the numbers work or something, so it went to the smash-it-down developer instead, with the sad result we have today.

During the sale process I met with Bernie Smith and Paul Donovan of Salter Street Films. This was when Paul and Michael were making a pitch to program Canada’s national comedy TV channel… Paul saw the MARCOM sign over the front door (Maritime Command) and said “That’s it! This is meant to be… we’ll leave that sign for when we operate the Maritime Comedy Channel from the building!” Sadly their bid lost to someone else and the plans didn’t come to fruition.

I had the building’s door keys and for the year or more that it was surplus I would go there and walk around and soak it all in, all alone, or with my daughter who was just a wee tot at the time. They kept it heated to around 20C the whole time with the giant boilers roaring. It would have been an amazing homeless shelter or affordable housing property. Looking back I wish I was a photographer at that time to have documented some of this.