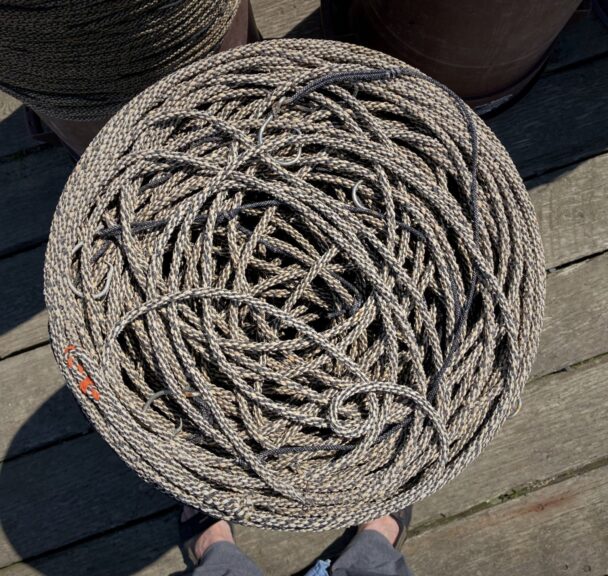 We went to the Eastern Shore the other day. (Is that up or down? In Nova Scotia you can get scolded if you use the wrong direction. It’s down to Cape Breton.) Here are some things we noticed.

Our first stop was at the Rose and Rooster Café in Grand Desert to pick up a tasty lunch for the beach. As we waited for our Cuban sandwiches to be assembled, I admired their pictograms, a mixture of 1970s and 19th-century styles. 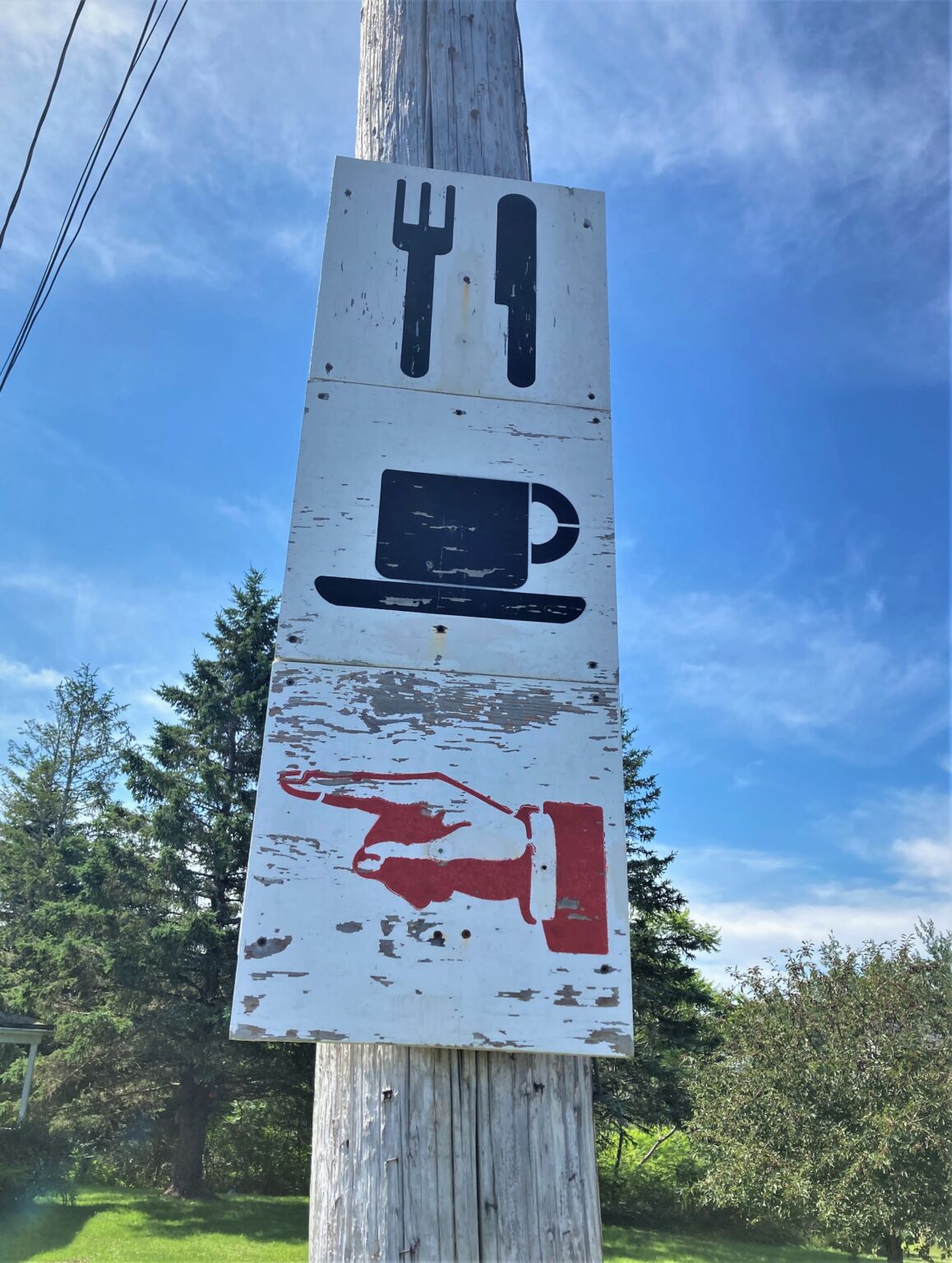 The Chezzetcook landscape of saltmarshes and traditional Acadian communities is beautiful and feels under-celebrated. A typical, crisp white house across the road from the café caught my eye because the two new windows on the ground floor seemed to be having an argument that the traditional windows on the second floor wanted nothing to do with. It’s that sort of place. 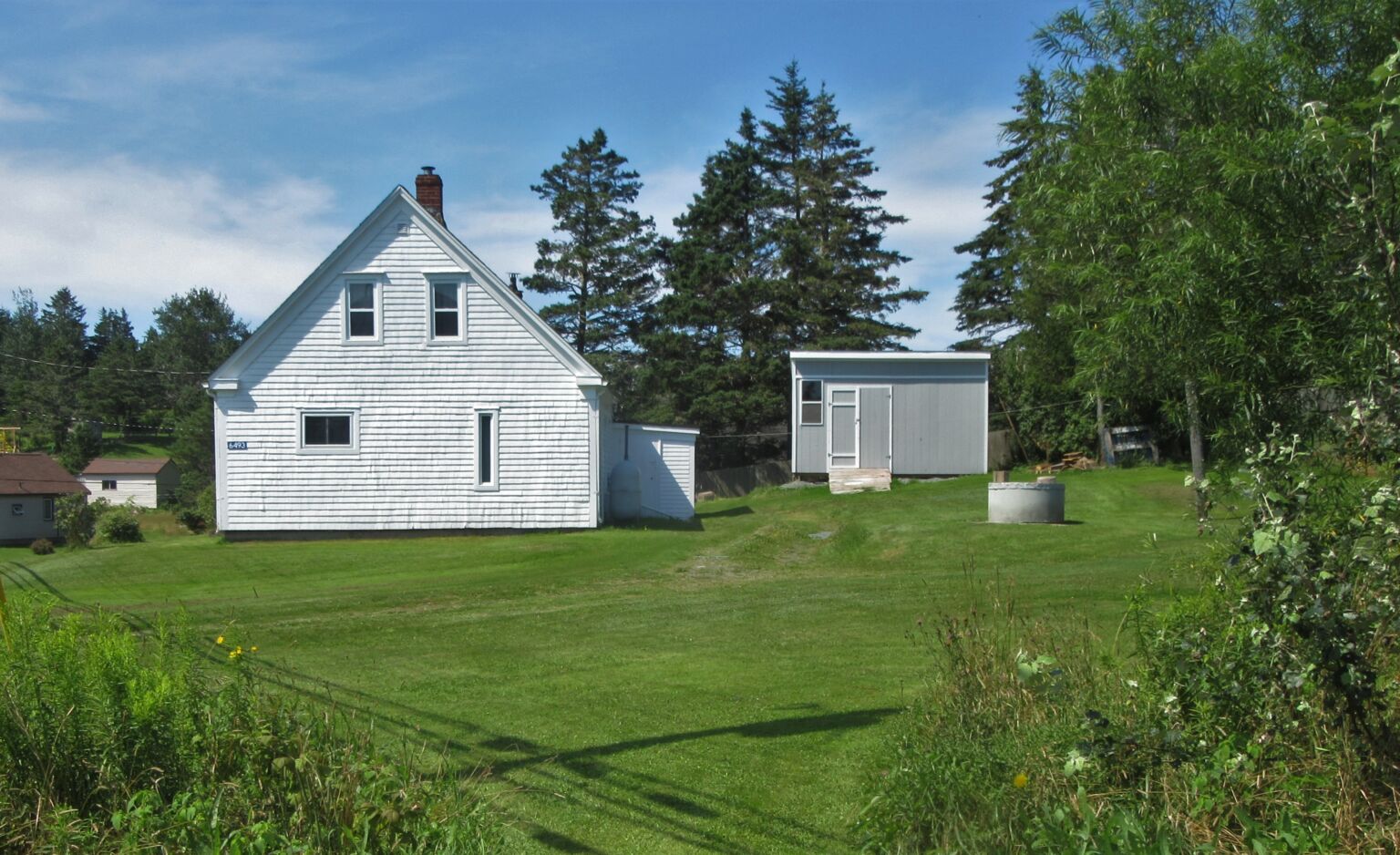 Sitting and splashing on a beach are not our thing but we do enjoy the occasional long walk (imagine those advertisements that show happy old people who saved for their retirement). We ate lunch and walked on Martinique, busy with surfers and large family groups. And later we walked empty Clam Harbour Beach, which is my idea of a good time. 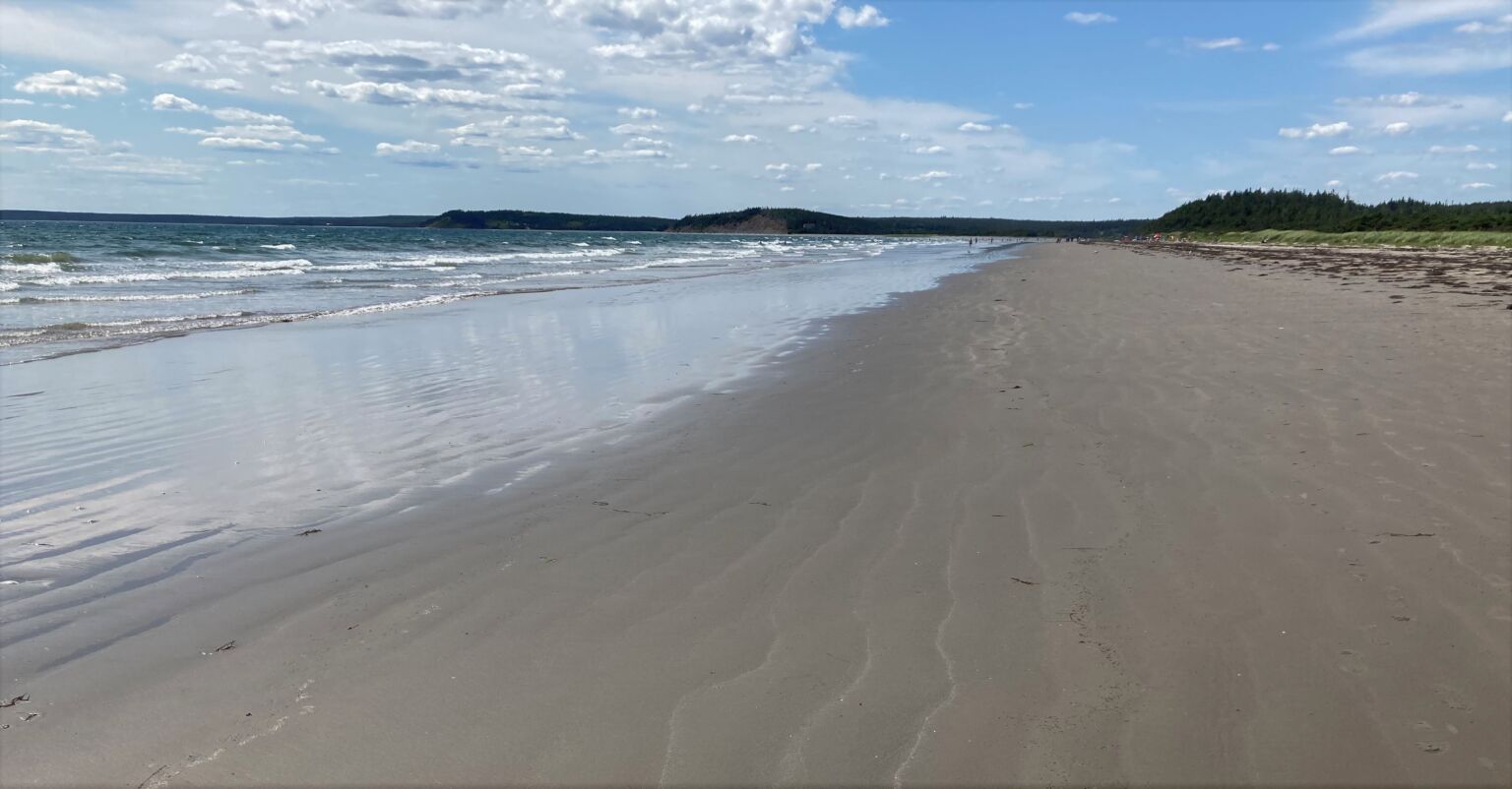 It is always a joy to come across evidence of the alien sea world, like these delicate sand collars, made by female moon snails when they lay eggs. 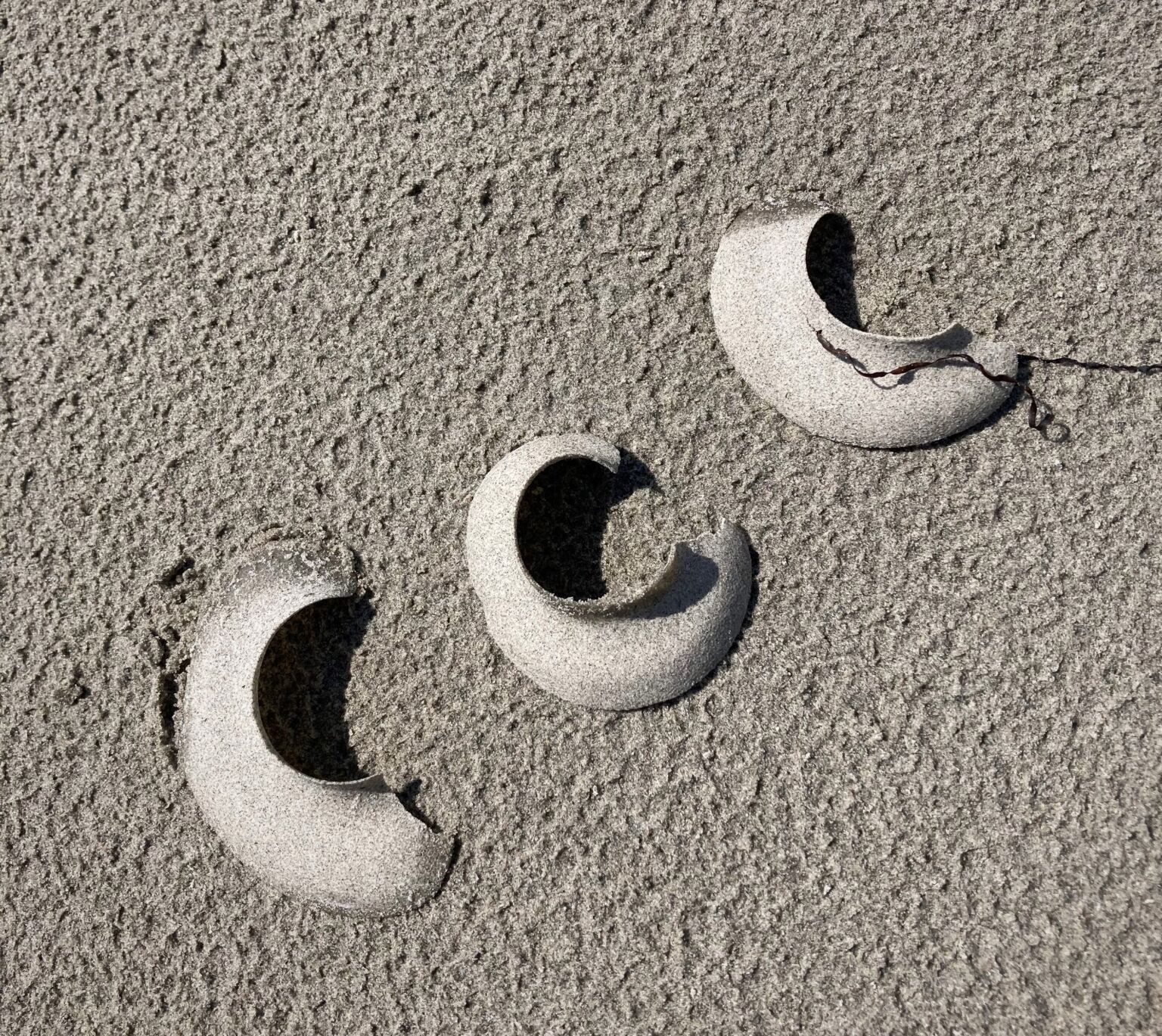 Above the beach we spent a moment watching a giant dragonfly circle (clockwise) around this little pond. The tidy edge of the pond is carpeted with a mat of cranberry plants. 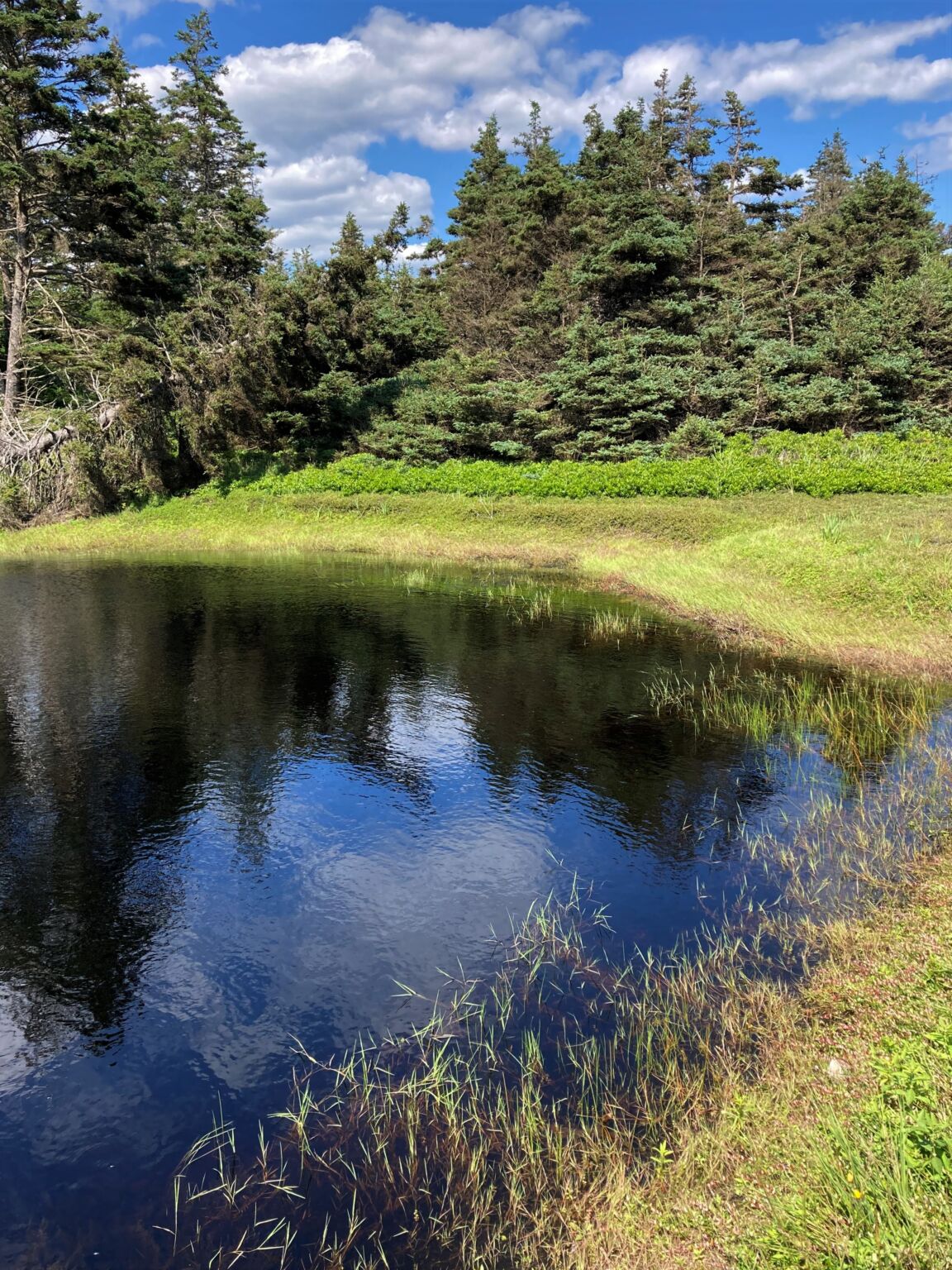 Owls Head, the park that the provincial government wants to give to a developer, was nearby so we drove out that peninsula to take a look. Little Harbour is the fishing community beside the disputed terrain. Coiled trawl line on the government wharf suggested an art installation. 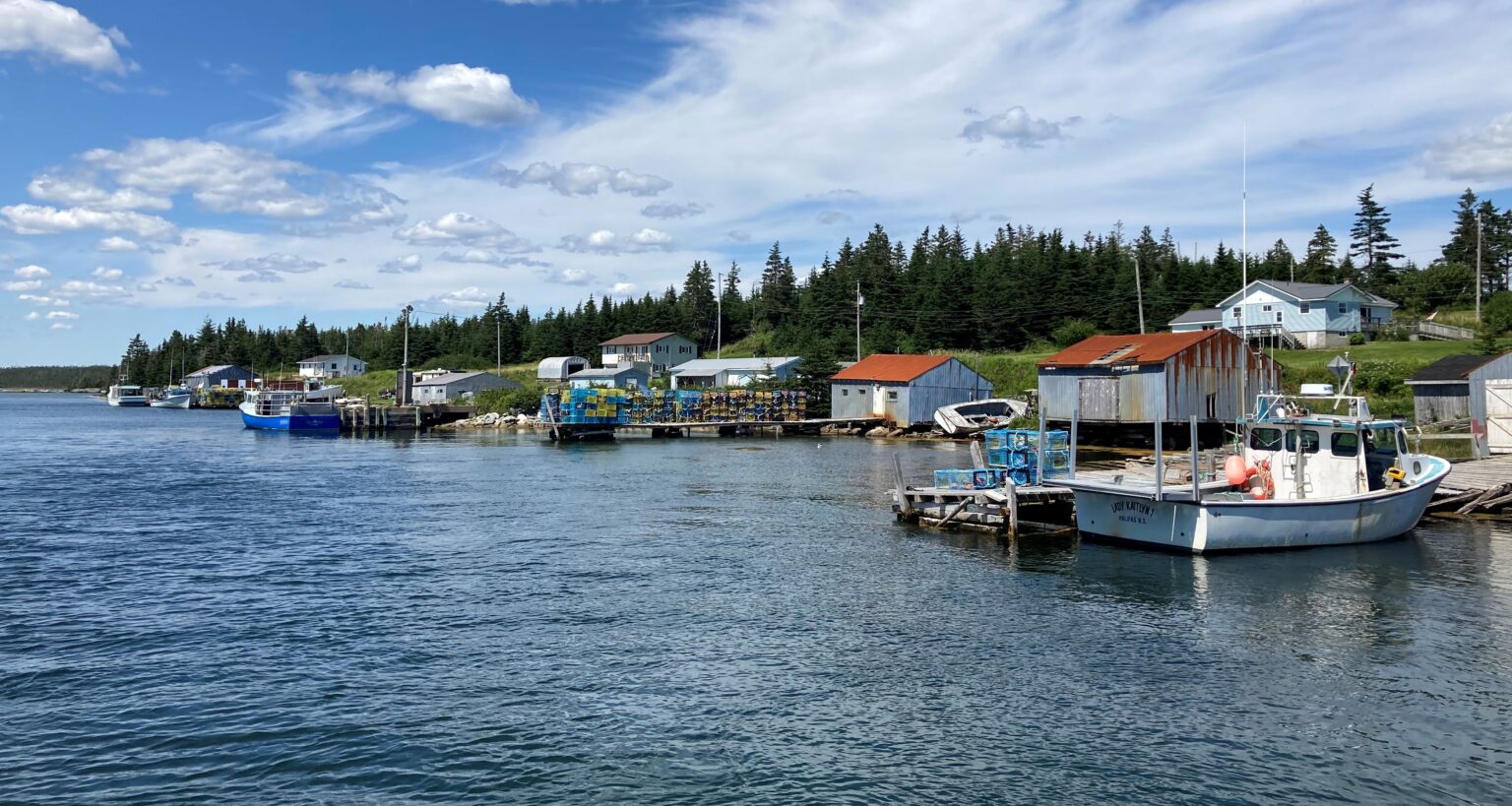 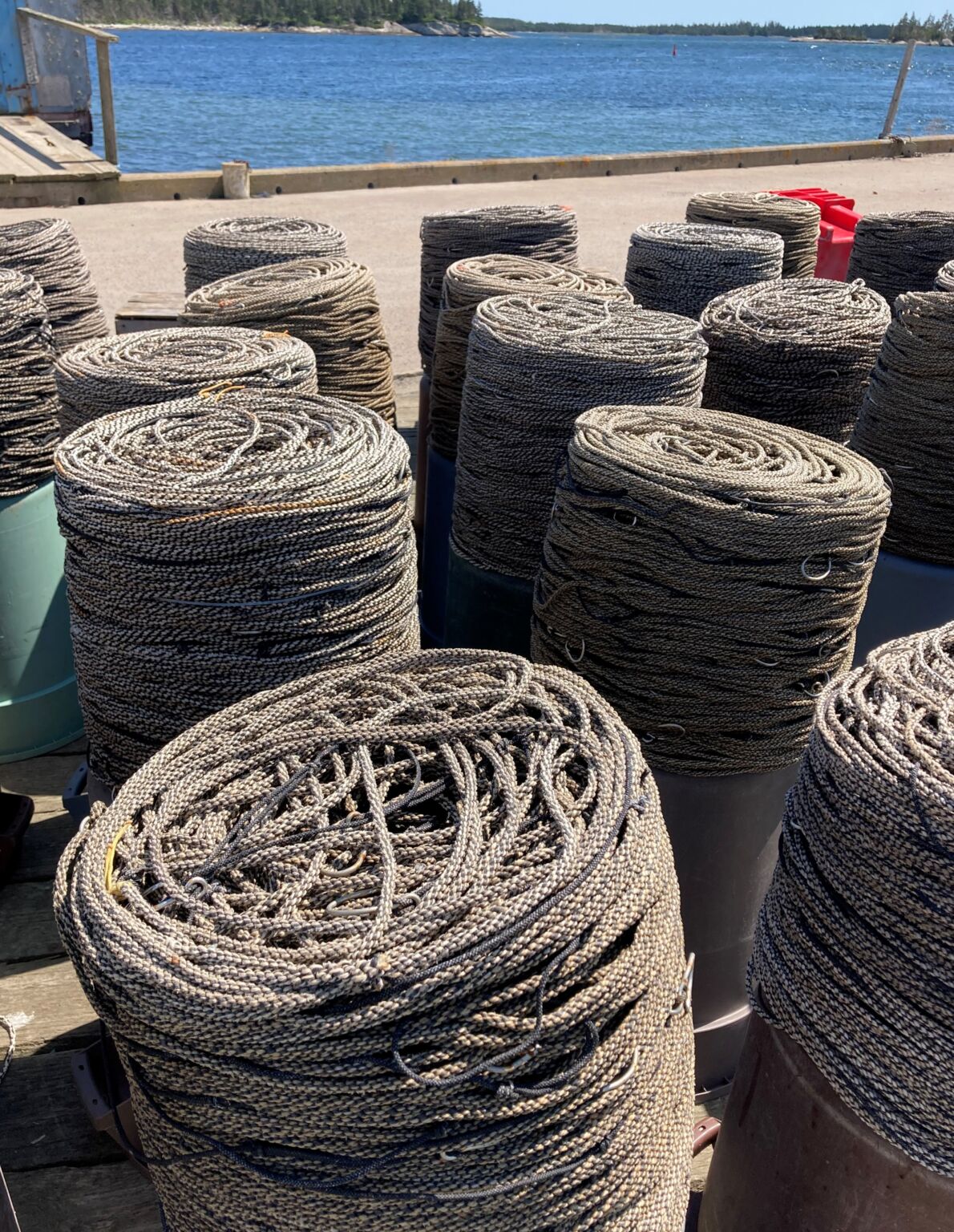 A tiny abandoned cottage beside the road felt like an appropriate scale for recreation development in this landscape. Remember, if the provincial government did not plan to sell the Owls Head Park they would have said “no, our parks are not for sale.” That’s the usual process. 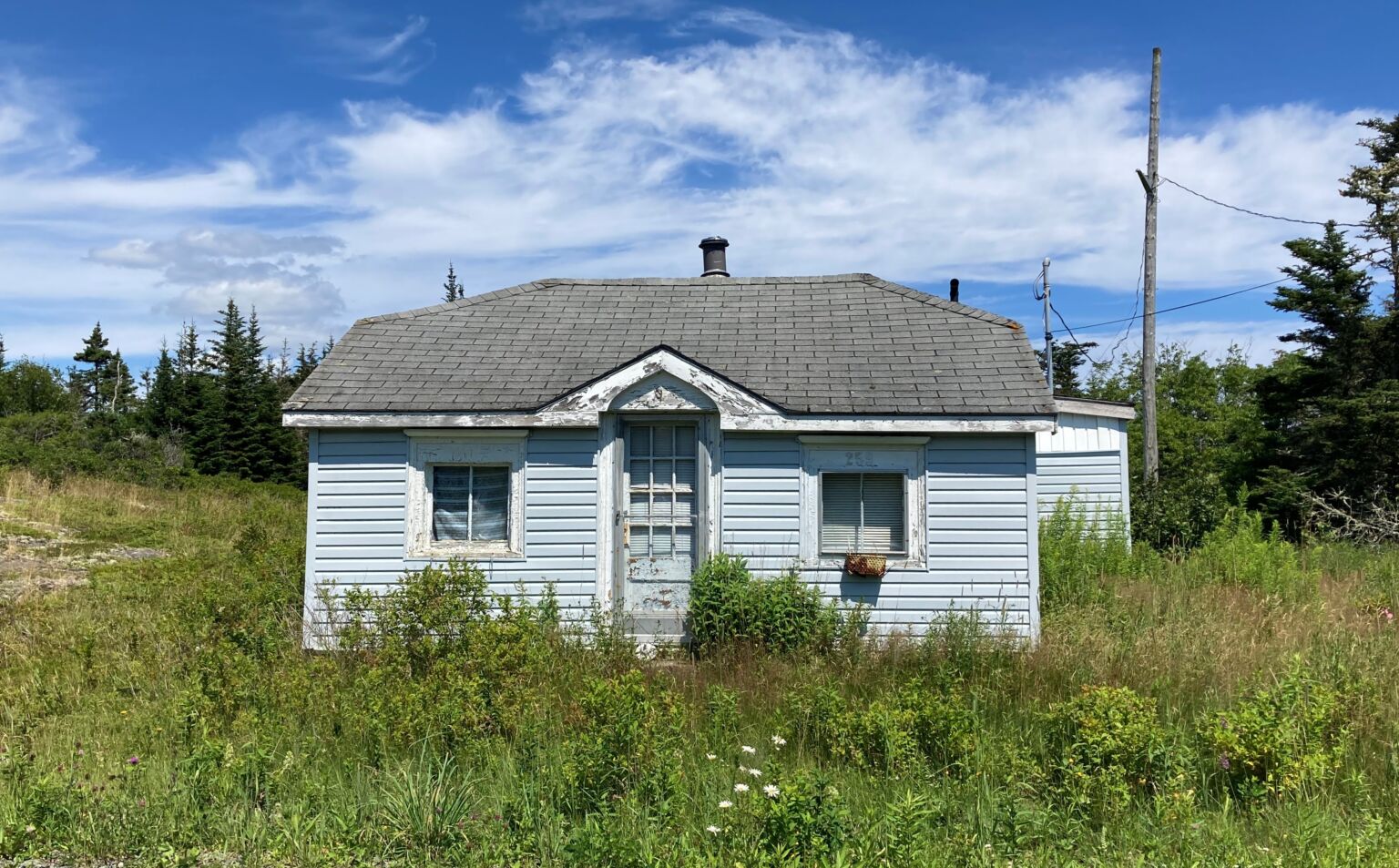 The next day, Sheila stopped the car and snapped a picture as we drove by a leveled site on a nearby peninsula. “This is exactly what Owls Head will look like if the government gets its way”, she exclaimed. 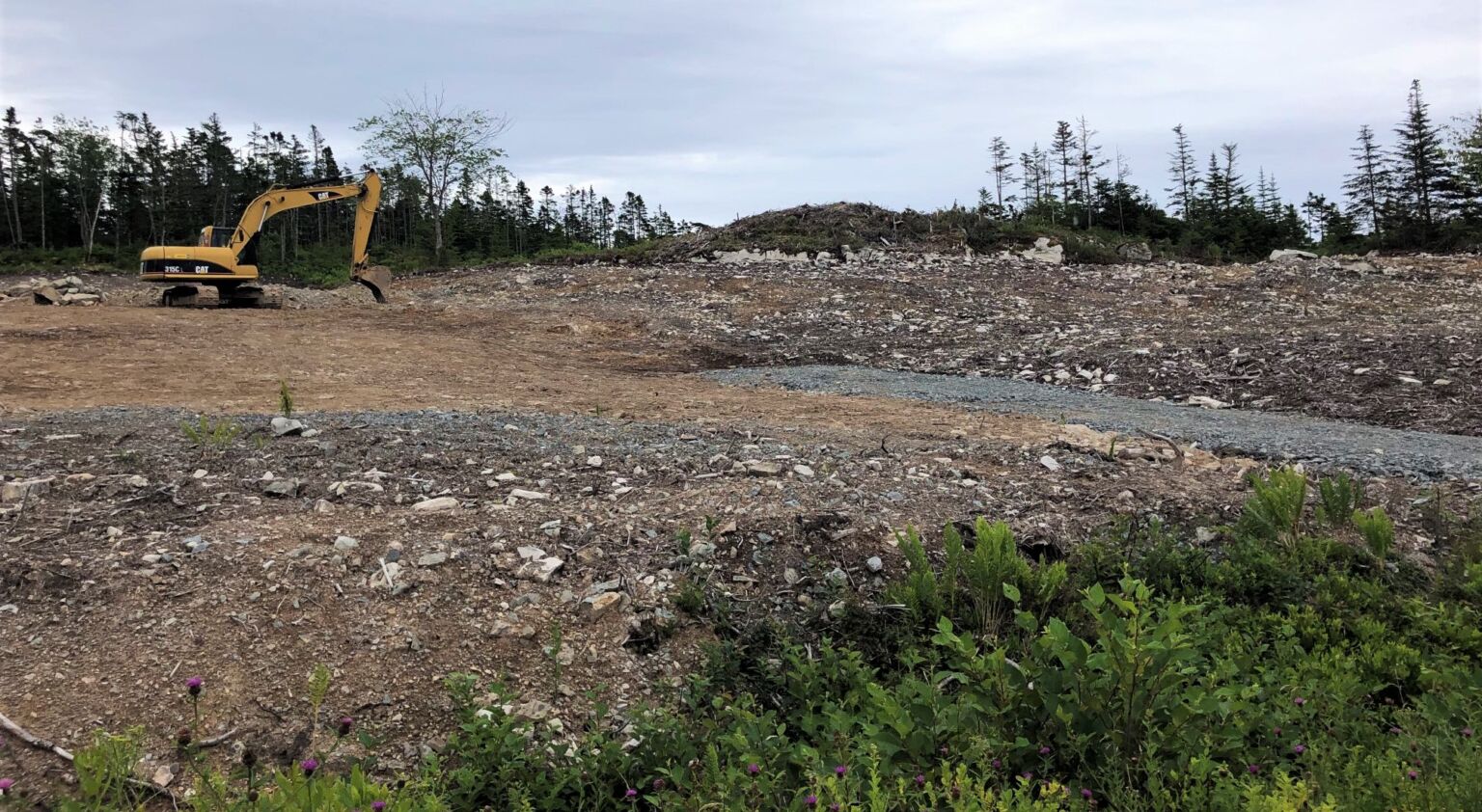 The real reason for our adventure was to hear Sara Spike speak about the surprising History of Fog on the Eastern Shore (just roll that around in your unfogged brain for a moment). Thousands of followers know Sara through her SmallHistory Twitter account that offers good news from around the province in the years on either side of 1900. I’m a fan of news about stray cattle, mammoth vegetables and what the young people are up to. 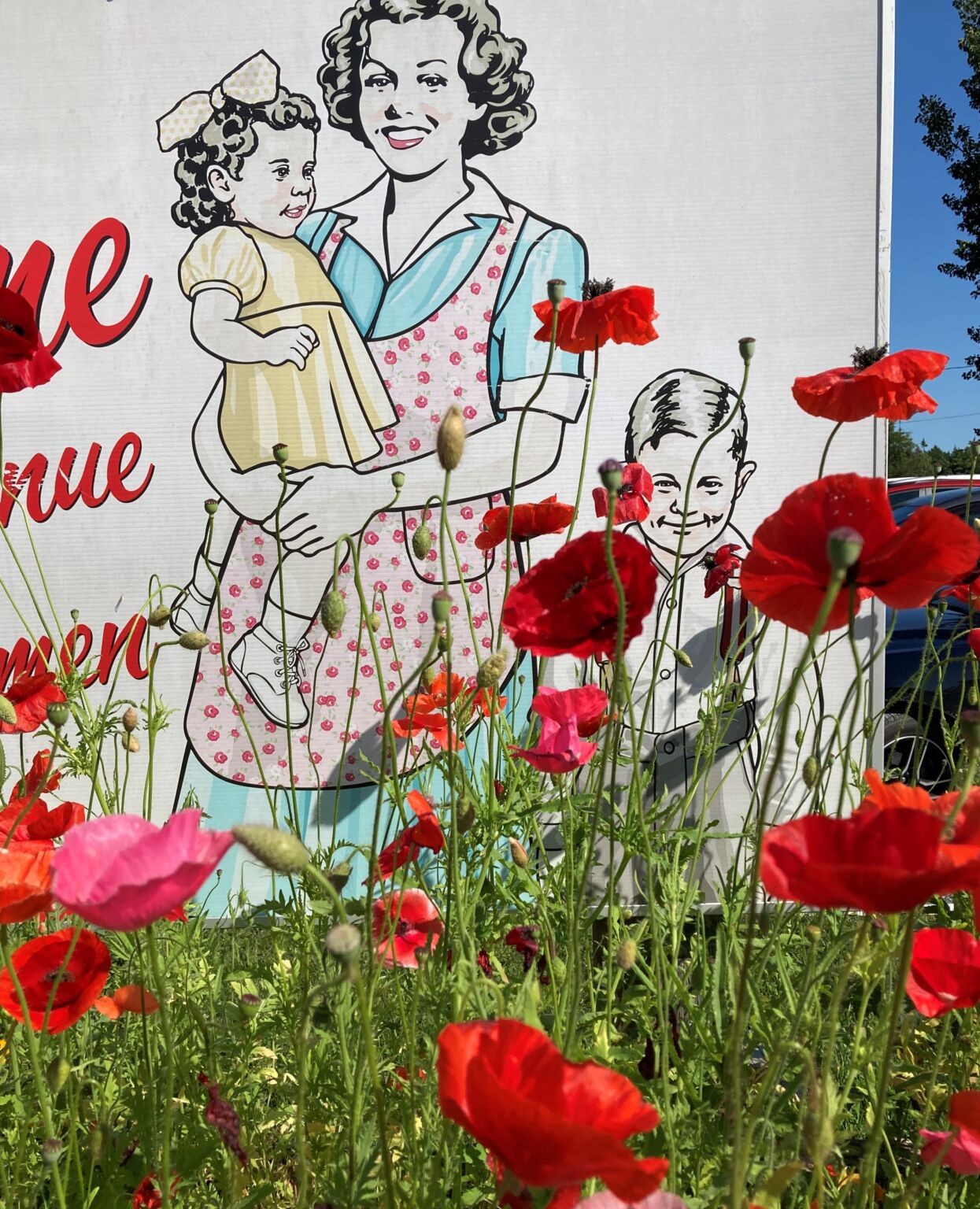 Bed of poppies in front of the Memory Lane sign.

The talk was at Memory Lane Heritage Village and the package included a delicious meal of stuffed haddock in the cookhouse. Memory Lane depicts coastal rural life in Nova Scotia during the 1940s, so it is a world many of us sort of recall but now feels very remote. 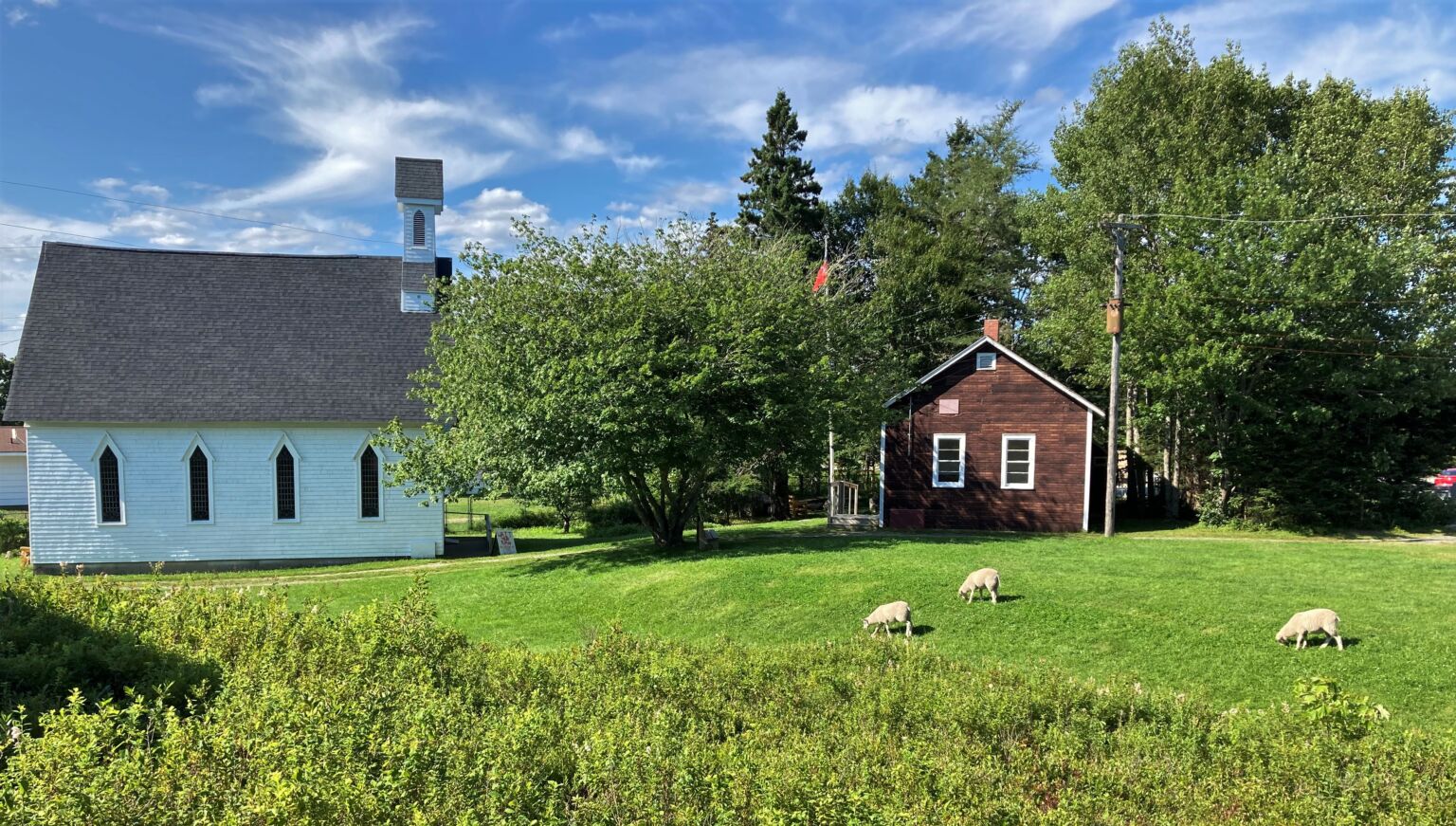 Very quiet lawn mowing sheep tidy up the green beside the church and school at Memory Lane. 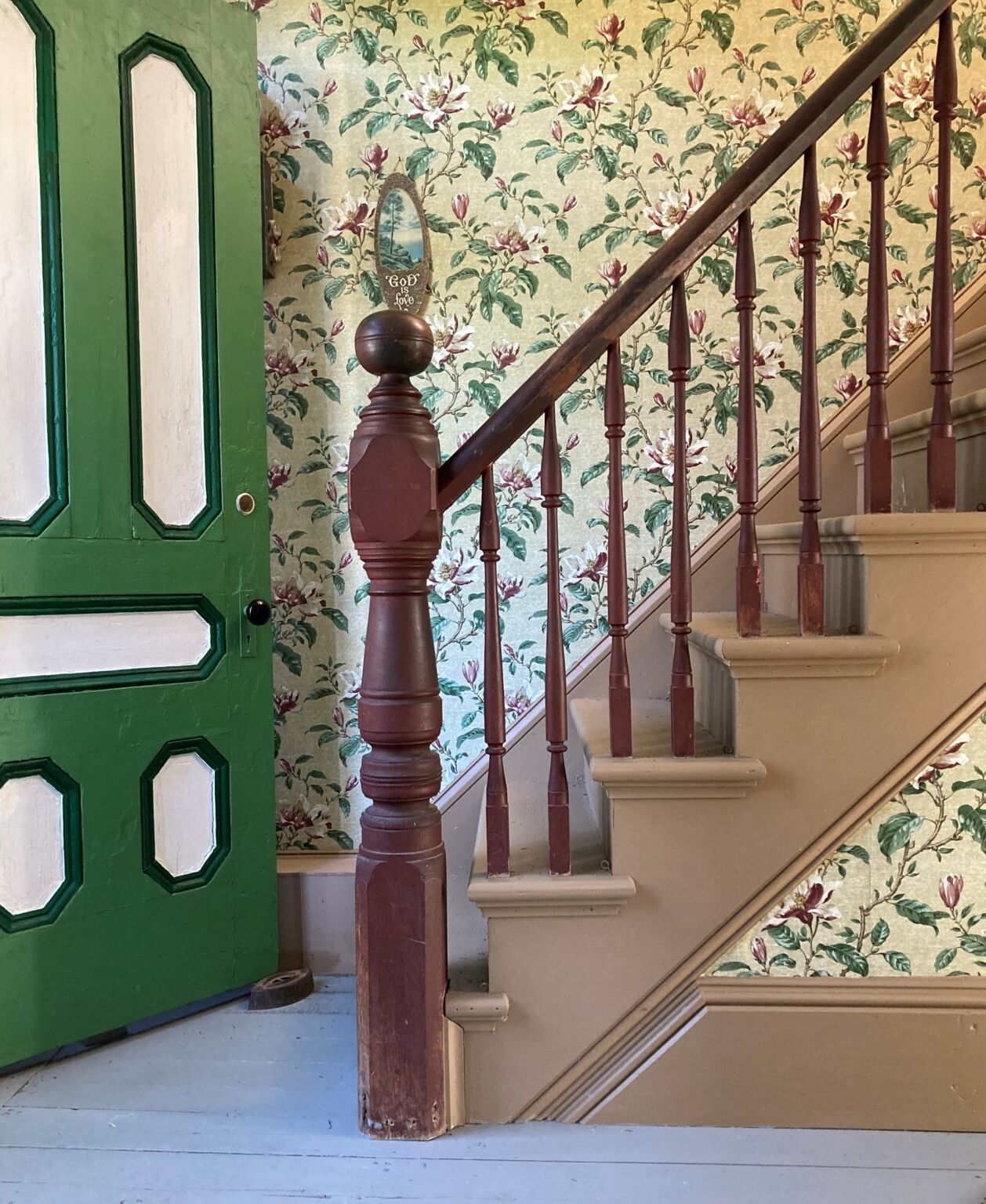 The Webber House at Memory Lane. Sometimes we forget how colourful our past was. And just look at how the baseboard meets the stairs. Sweet detail.

When we were leaving Memory Lane there was a sleek 1966 Ford Galaxie parked out front, as if a later decade had dropped by to pay her respects to the 1940s. 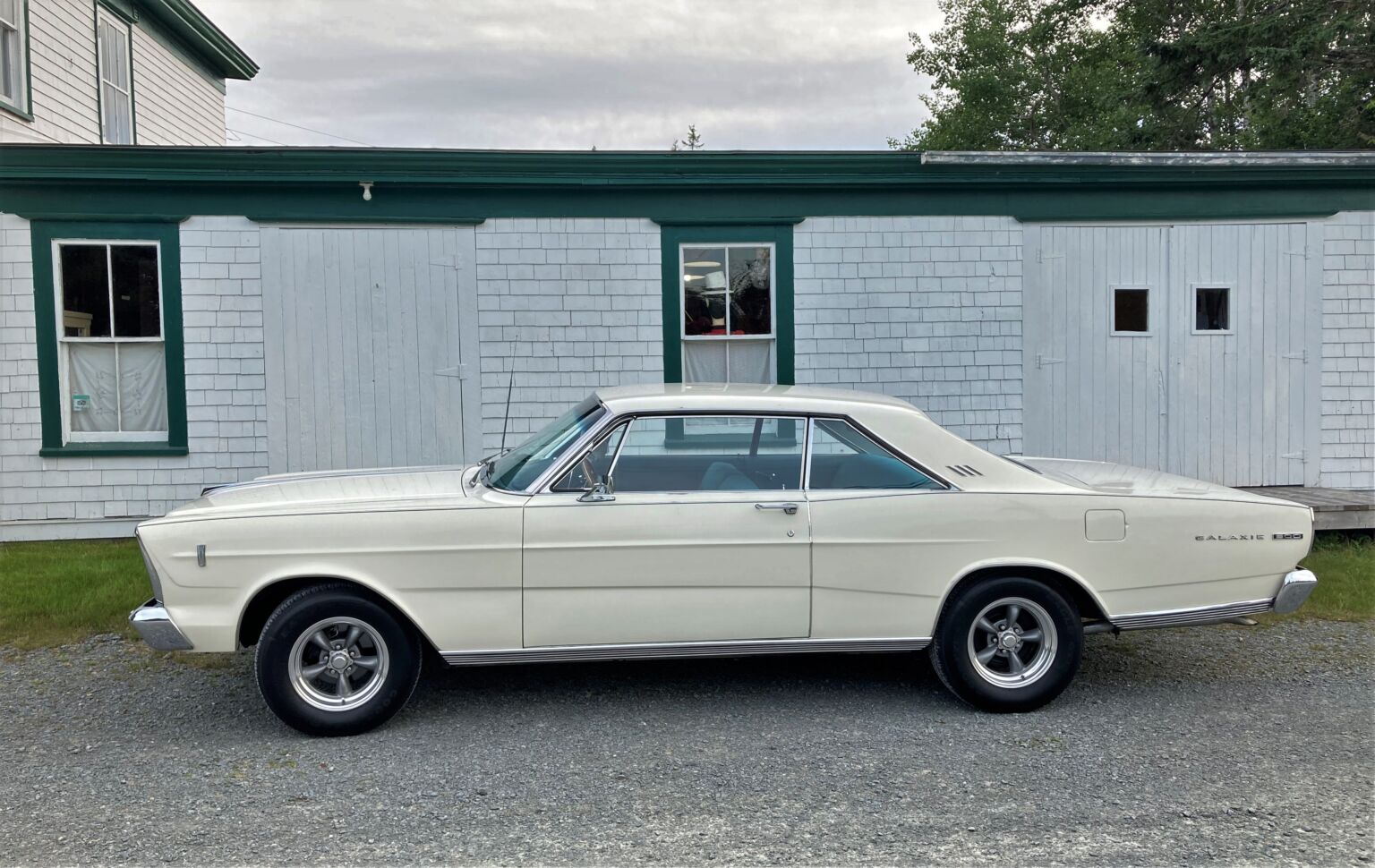 We spent a comfortable evening at the Salmon River Country Inn which offers a magnificent view up the river. 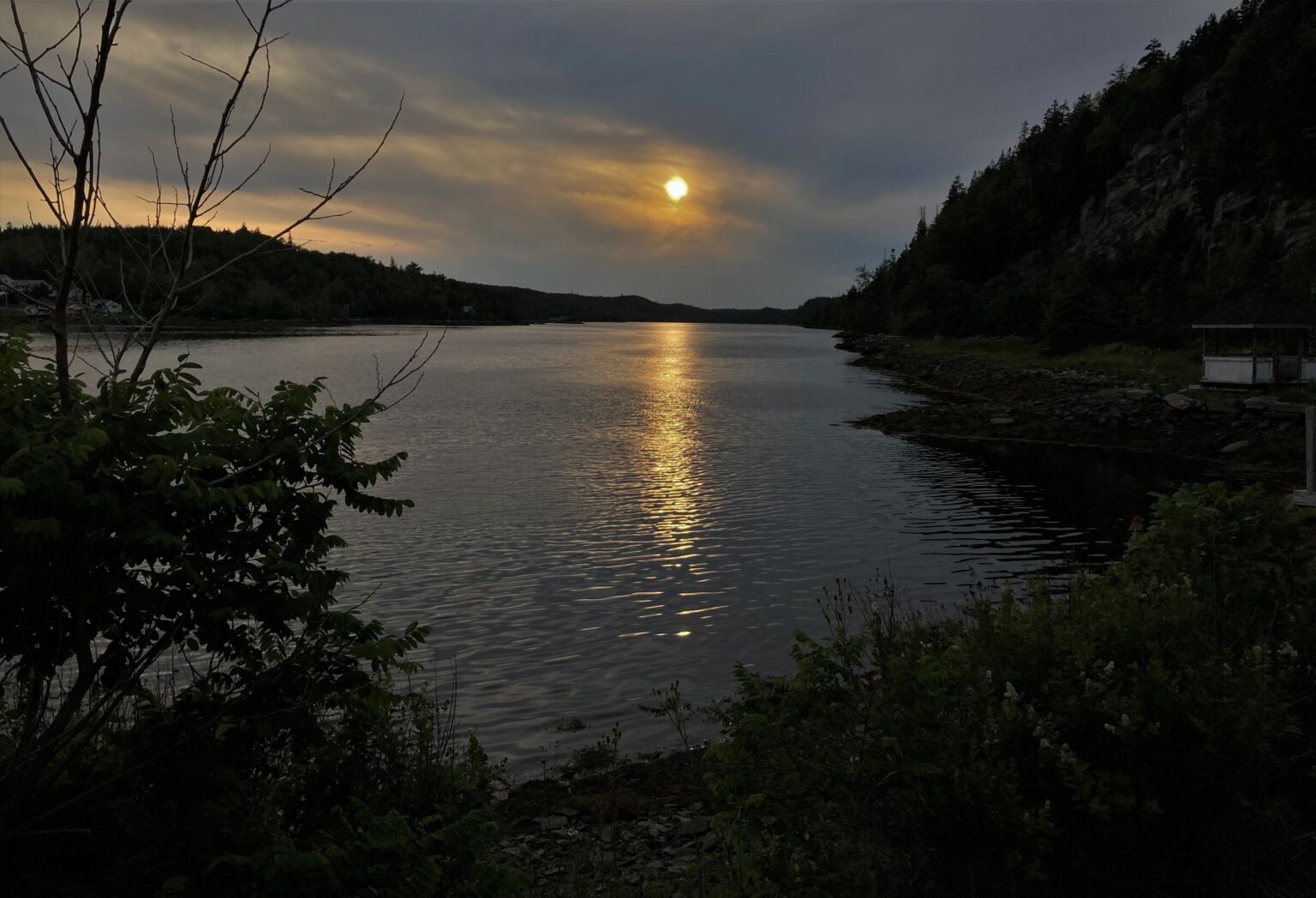 The morning revealed there might have been sea creatures also admiring the glow of the sunset. 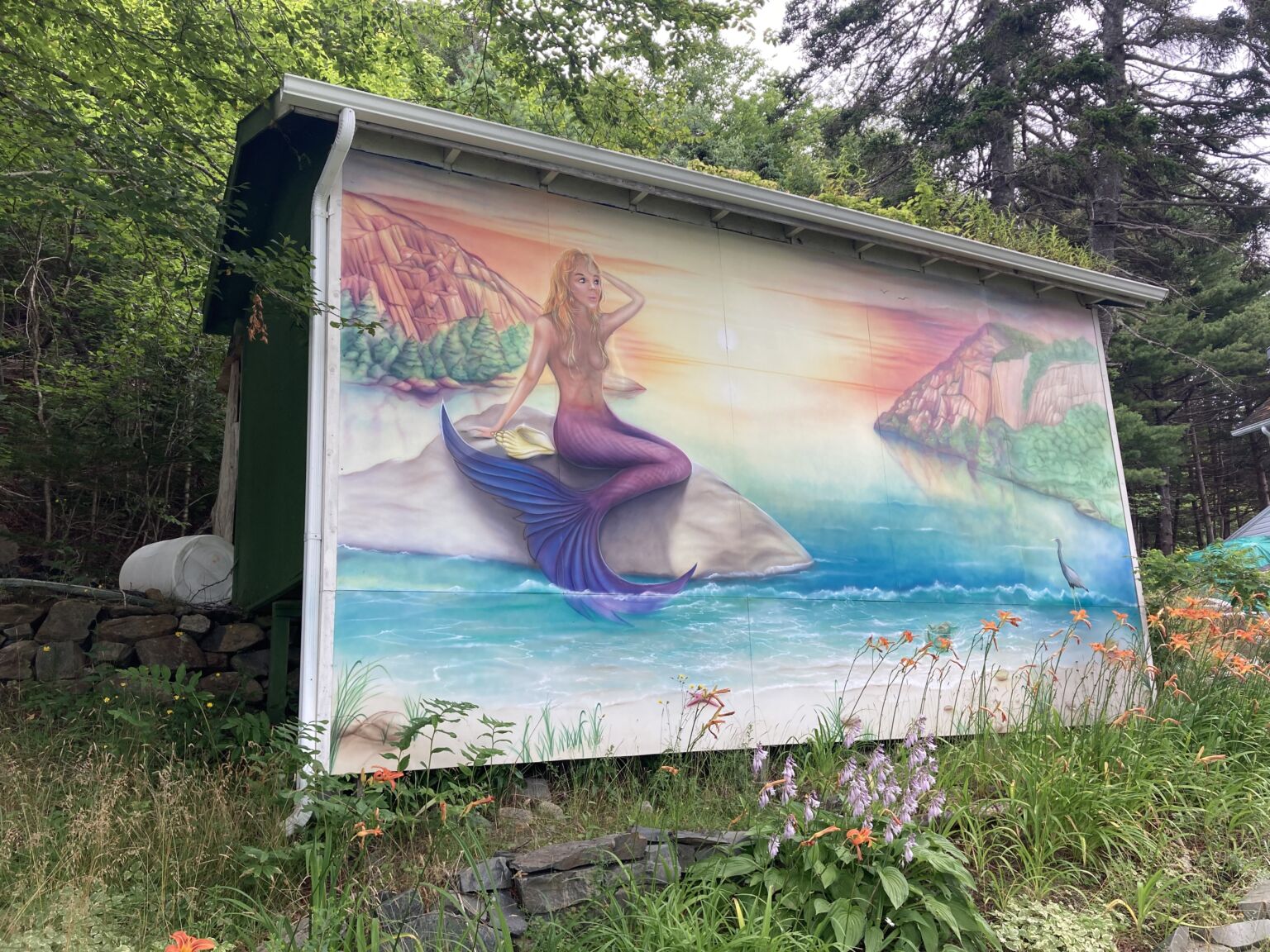 We returned to the city with a generous gift of chanterelles from Sara. Usually you don’t ask people where they picked their chanterelles, because they won’t tell you, but Sara volunteered that she and Jeff just gather them from the ditch when they are out strolling along the road. No, I’m not going to tell you which road. 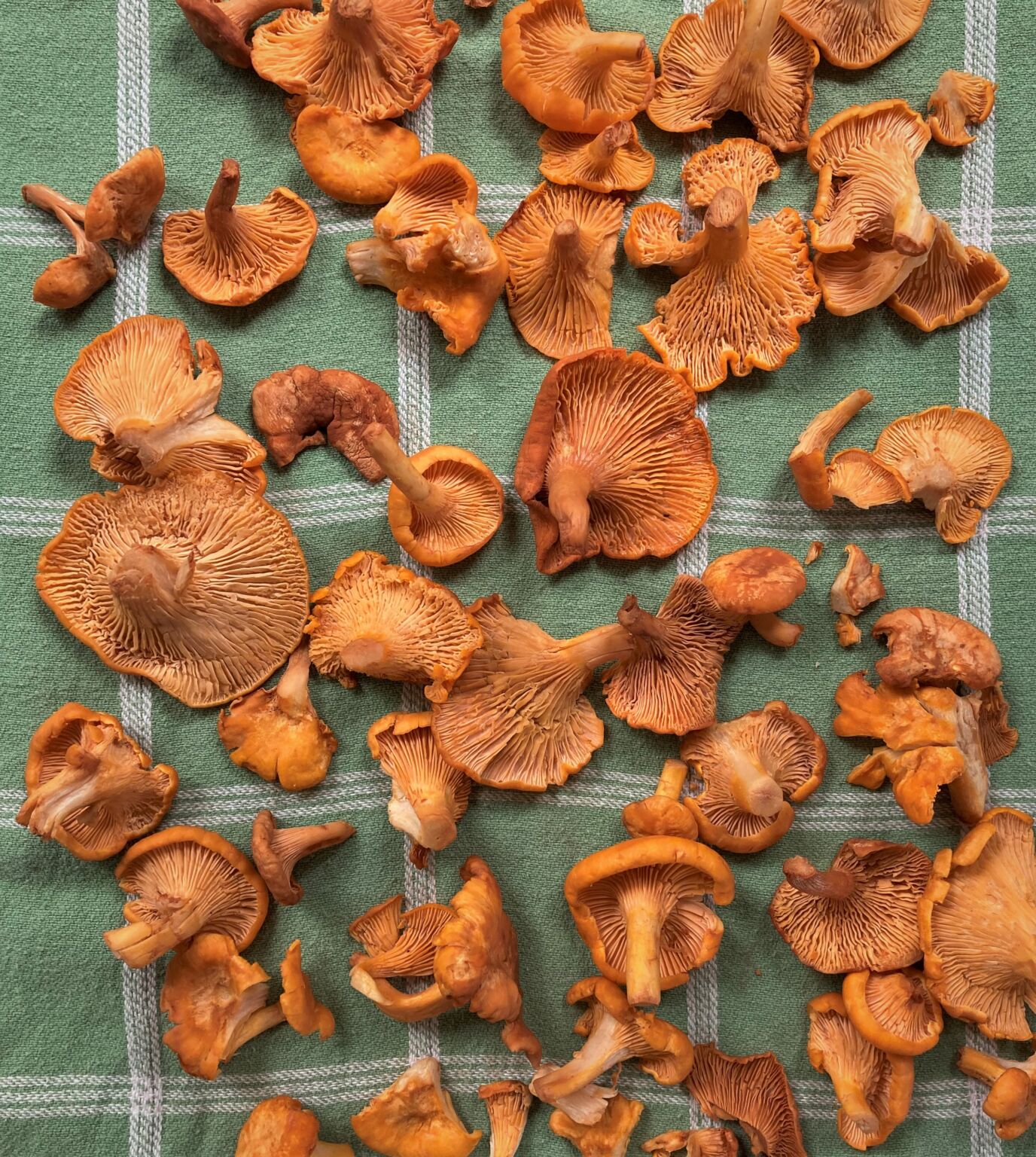 Many Nova Scotians have never visited the Eastern Shore, and Sara told us that she often encounters people who simply cannot visualize where it is. ” Beyond Dartmouth”, they say. “So near Pictou?” If this is you, time for a little exploration and adventure.