Recently I’ve been posting albums of my 50-year-old photos. “My goodness, things have changed” is a consistent theme, and occasionally I’ll reinforce that idea by including a Google Street View of the same location now.

I’m a huge fan of Street View in general, but a particularly delightful feature allows you to see any earlier shots that have been recorded of the same view. For example, consider Halifax’s favourite new building, the Central Library. The most recent view is July 2019. 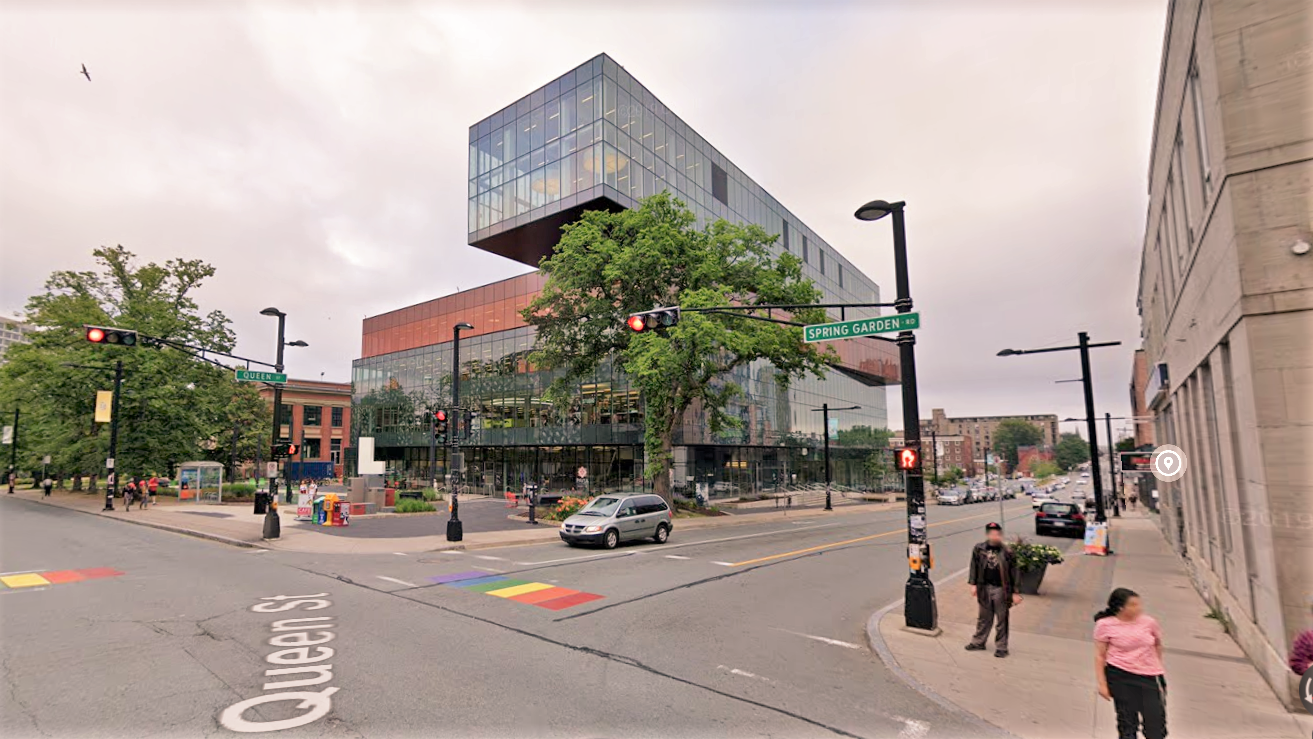 The oldest view is April 2009, when the site was still a parking lot bordered by quite a nice swath of trees and grass that I’d forgotten. Google started collecting Street Views in 2007, so this is an early example. And because that corner is significant, it has been recorded nine times! 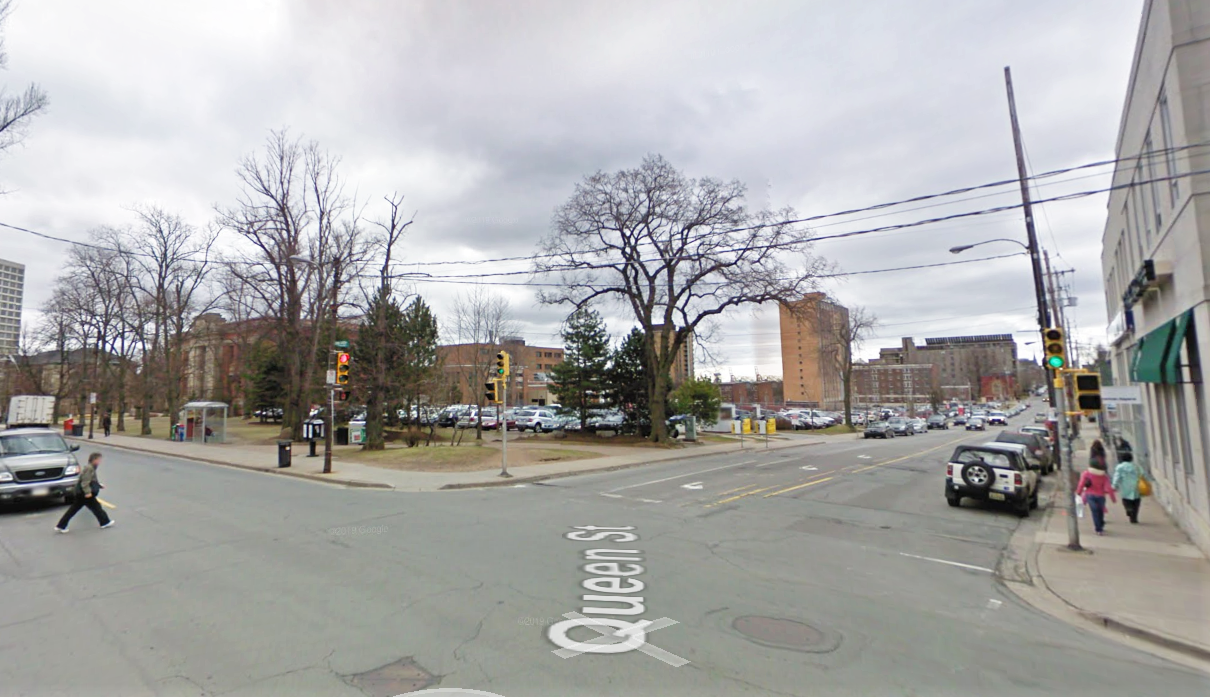 Across from the Library is The Doyle, making a real effort to meet the street with good energy. 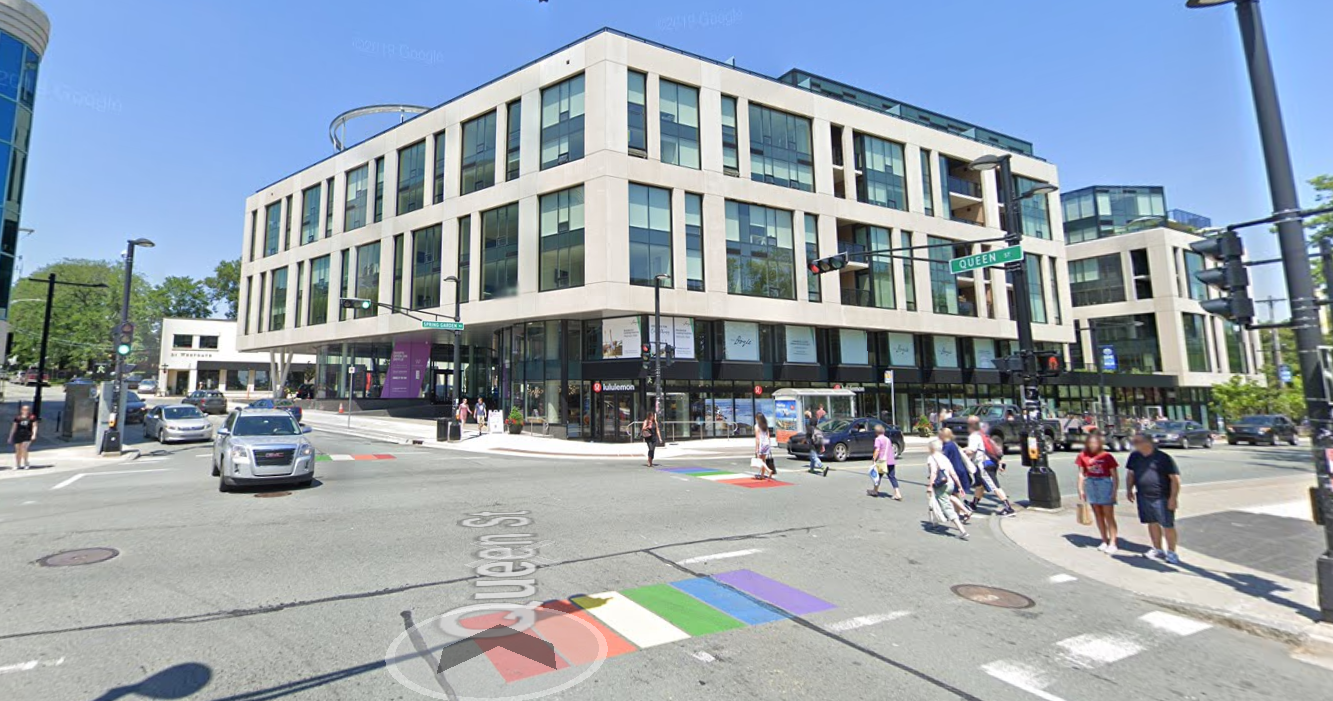 In 2009 that block was a mixture of styles and construction materials, with buildings that dated from later19th century to the 1960s, plus additions and modifications made into this century. 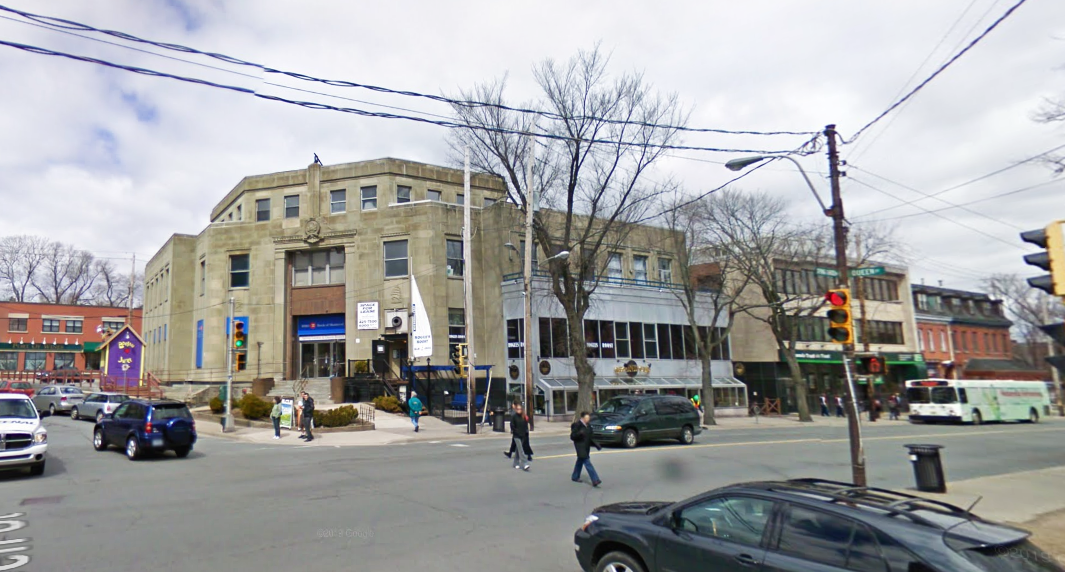 At the eastern end of that block were brick rowhouses that had incorporated street level commercial since at least the 1960s.

The wide angle images that Street View provides really accentuate the changes to that scene. 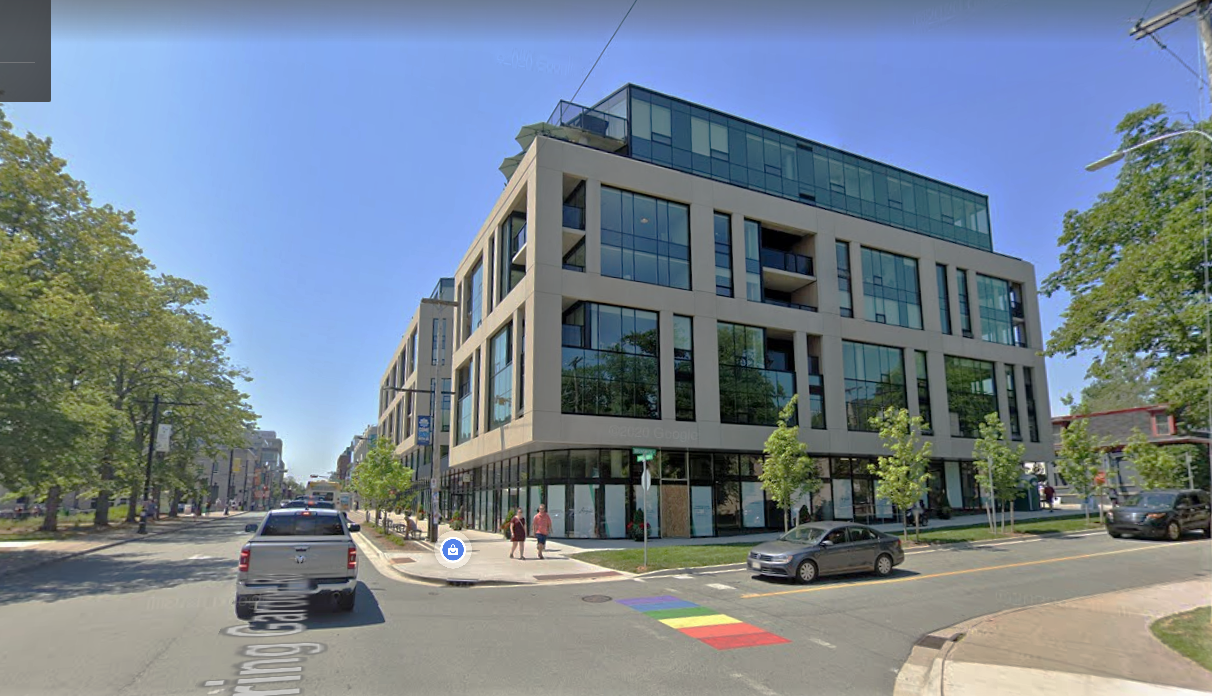 Halifax did not have many 19th century brick rowhouses, but Street View records another range at the base of South Street. Here looking west from Hollis in April 2009. 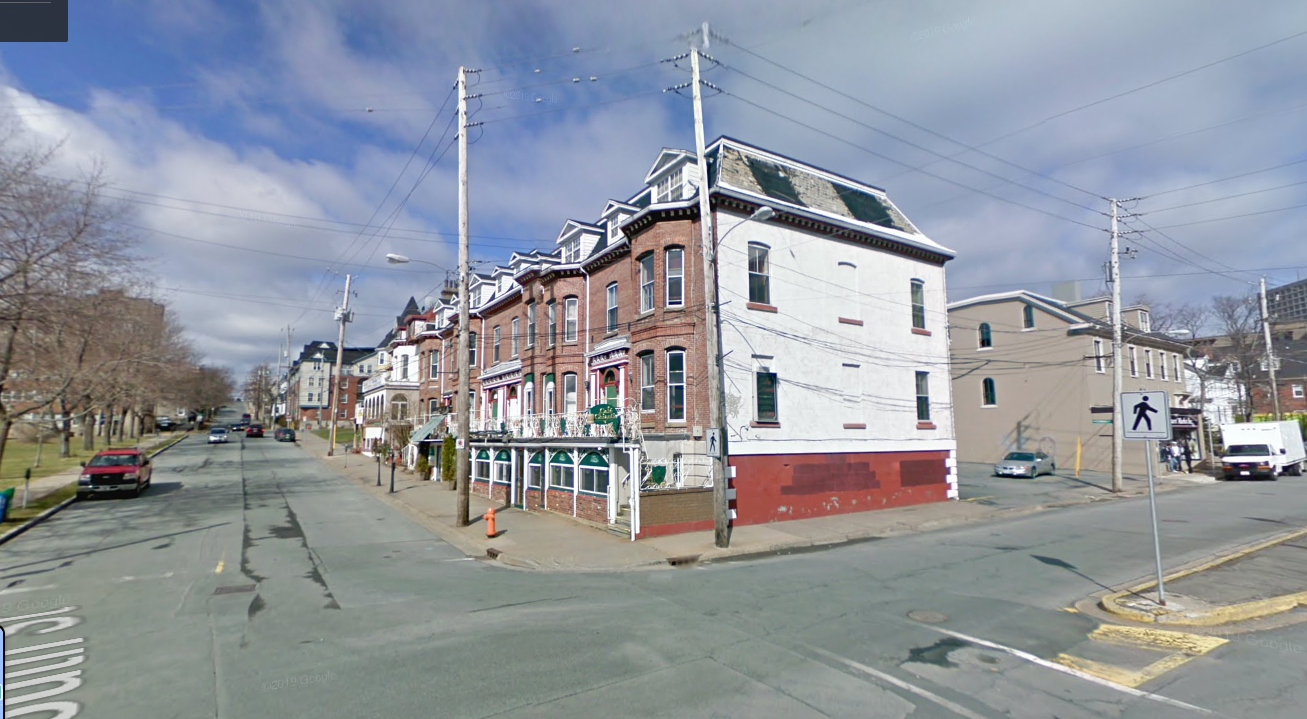 And the same view in July 2019. It’s complicated. I don’t mind the current building, and the street level commercial spaces seem to be appropriate. This development is so much better than the Superstore parking lot on the other side of the square. Yet those mansard roofs and the bay windows (look at the photo in the header) were so sweet. 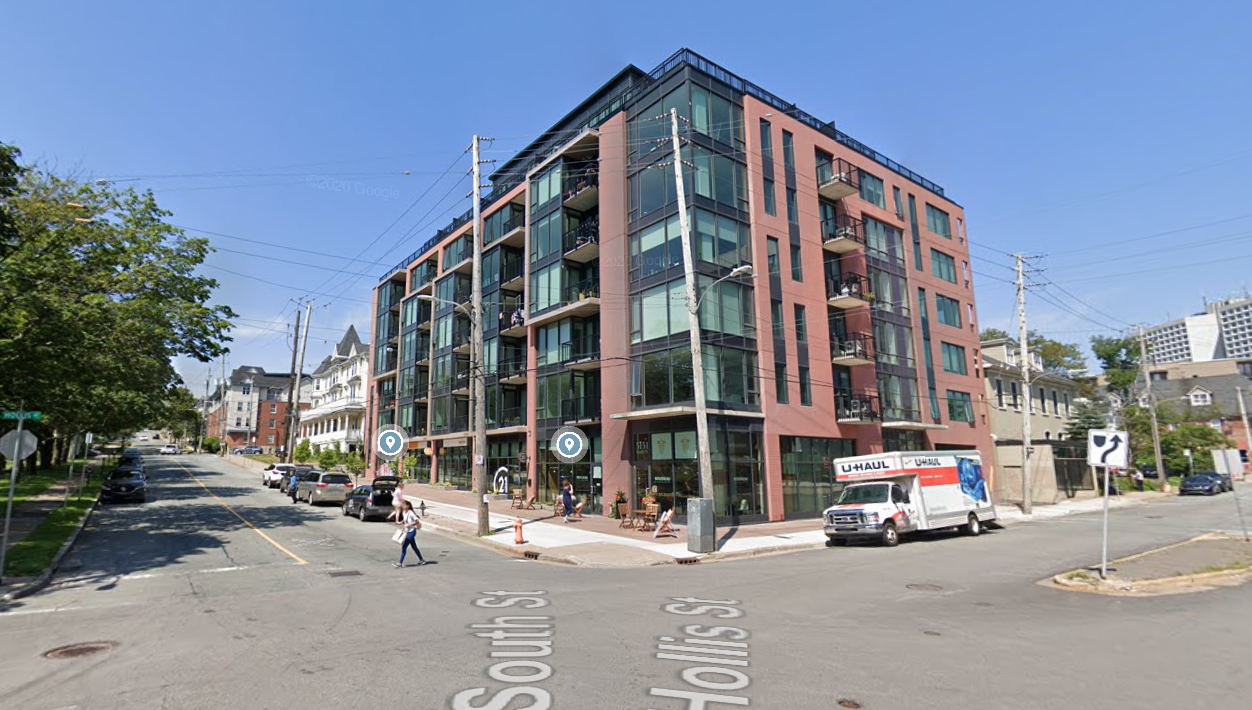 Street View records multiple attacks on the edges of Schmidtville, but this example is particularly stinging. Notice that Halifax style house in the pale blue siding on Birmingham Street. In the 19th century this was the standard house form in the city, and in the last 75 years we have demolished hundreds of examples without recording, let’s say, any of them. 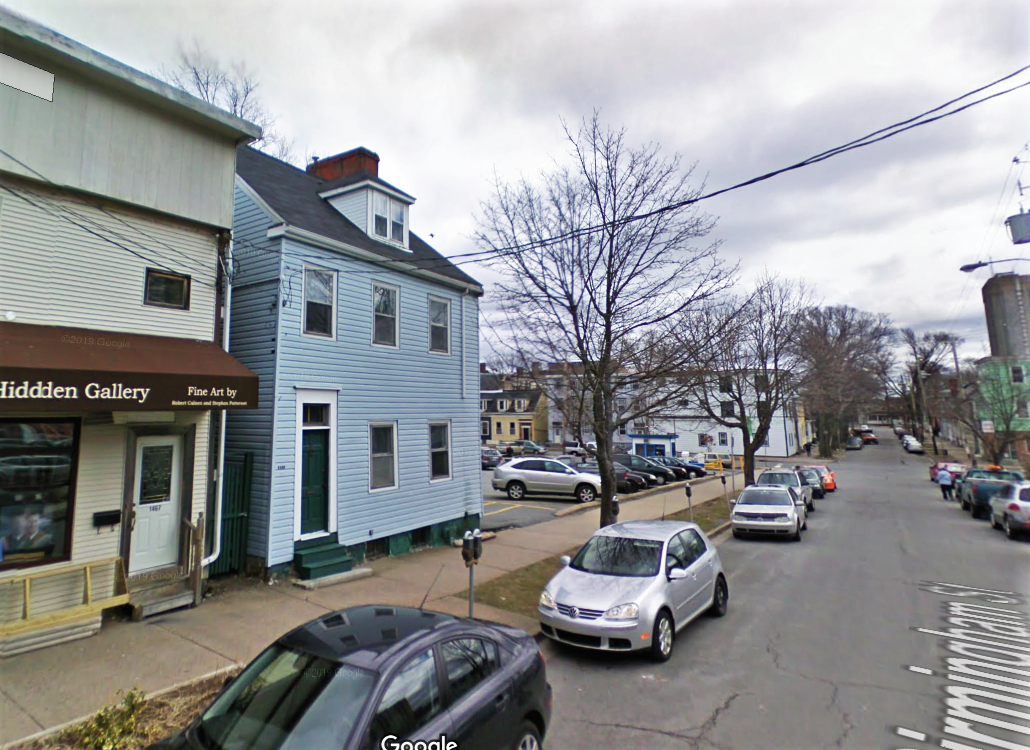 By some quirk, The Mary Ann apartment building captured the distinctive silhouette of the blue house before it was demolished, as you can see in this July 2019 image. 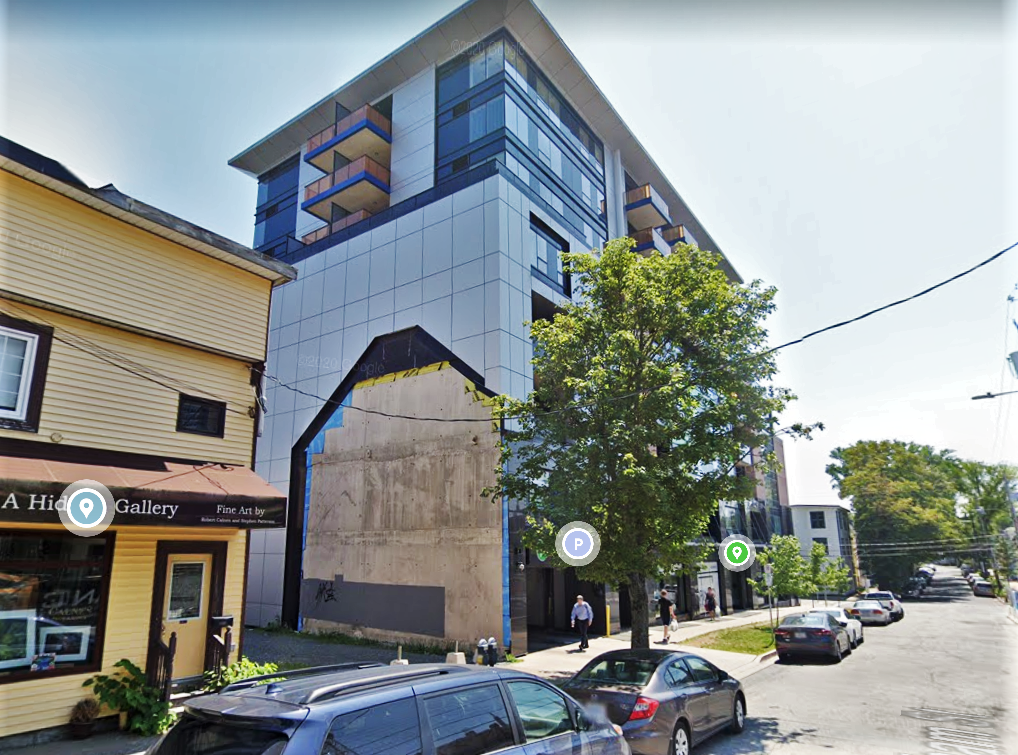 Walking by in December 2019, I noticed that quite a good mural had been painted in that void as a “Welcome to Schmidtville.” See those waves at the base of the mural? That’s a tsunami of irony. 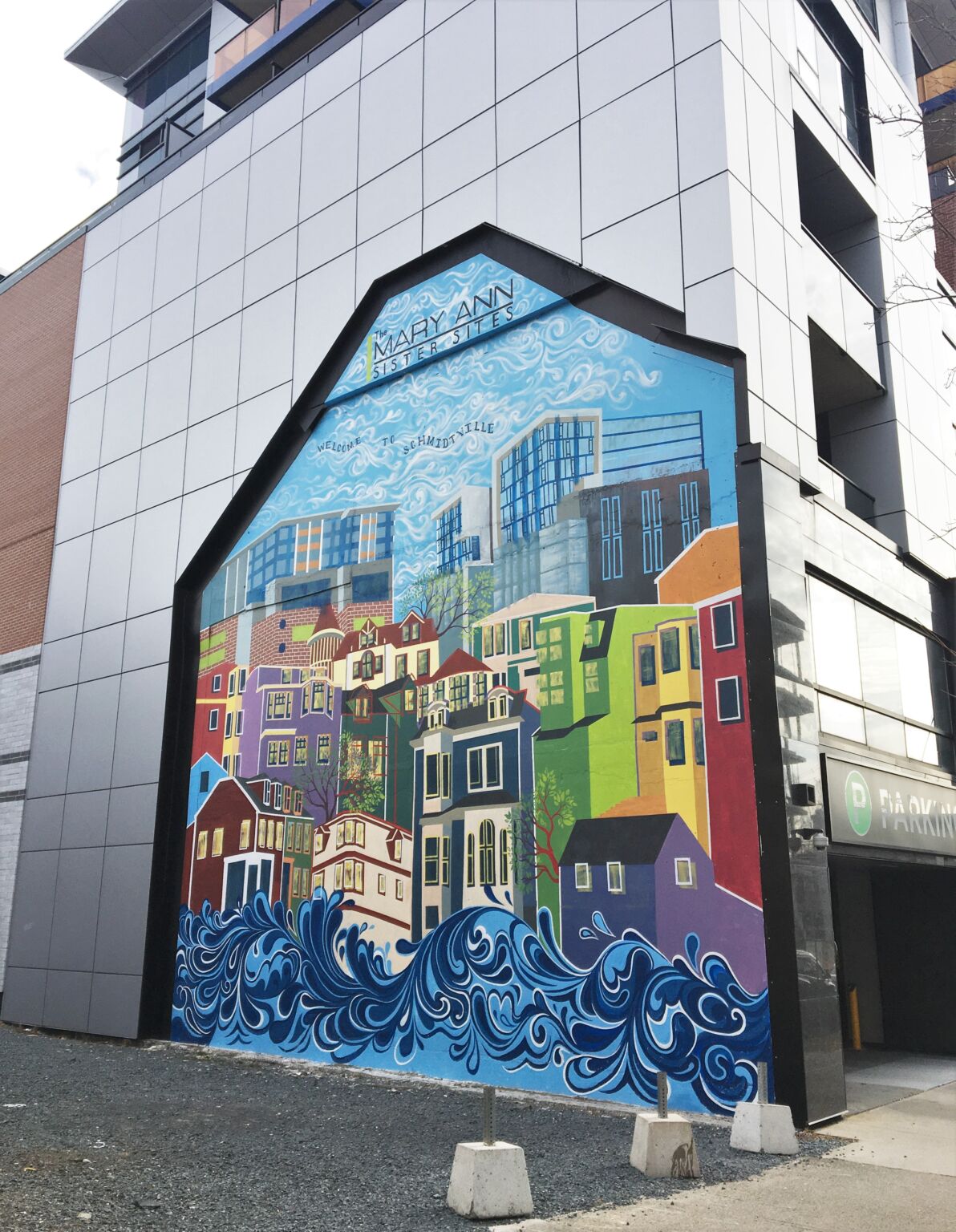 Toggle between the much-loved art deco masterpiece at the corner of Sackville and South Park, and its referential replacement. Hmmm. 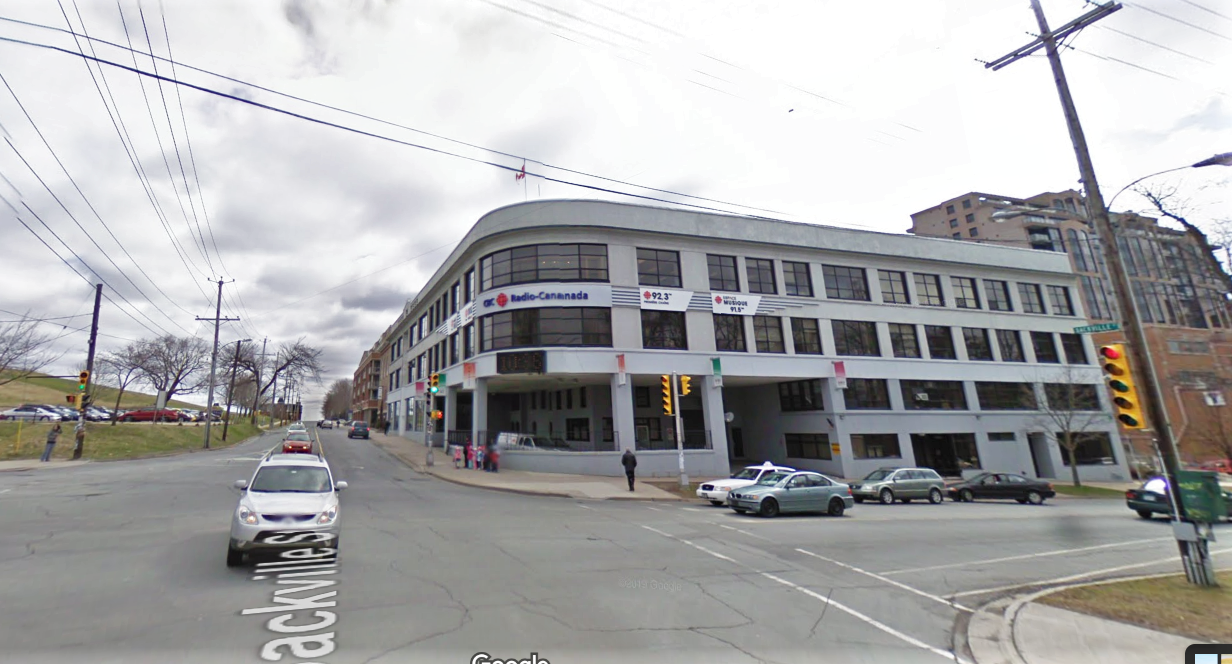 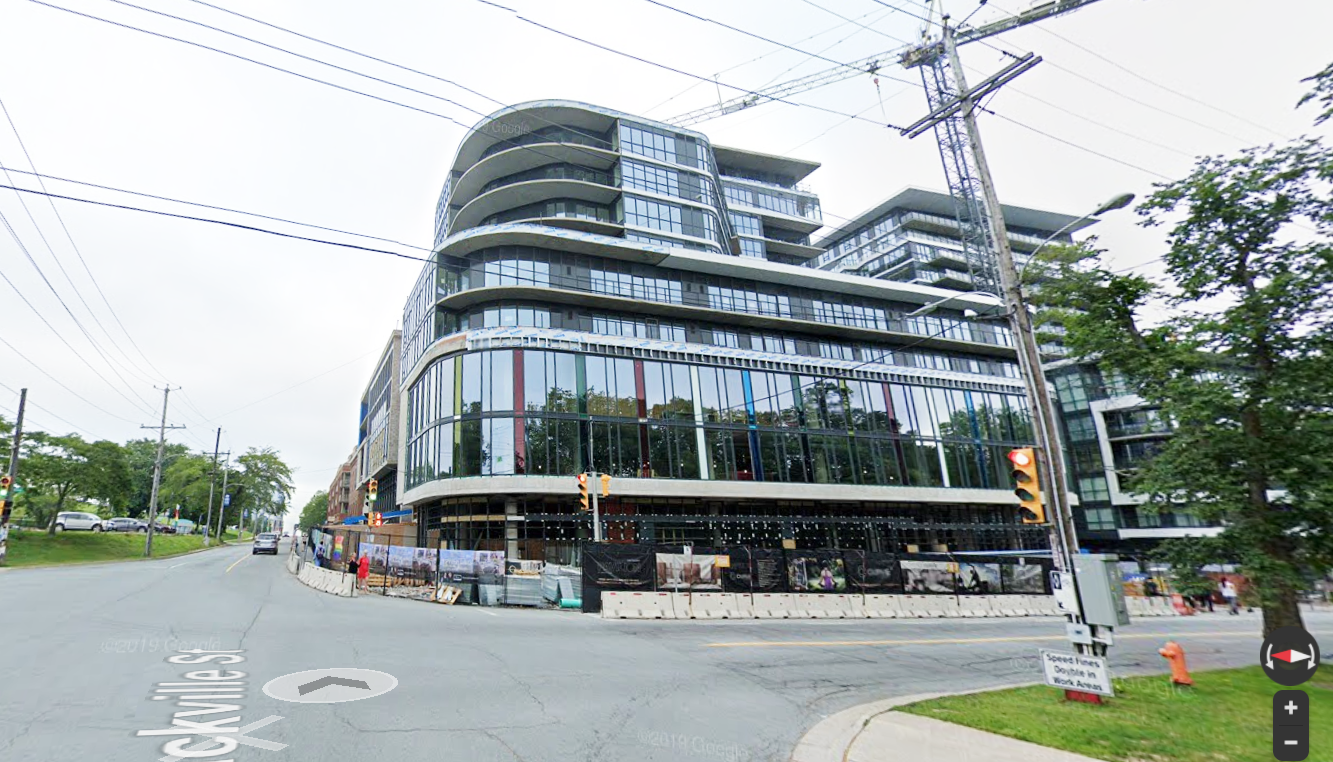 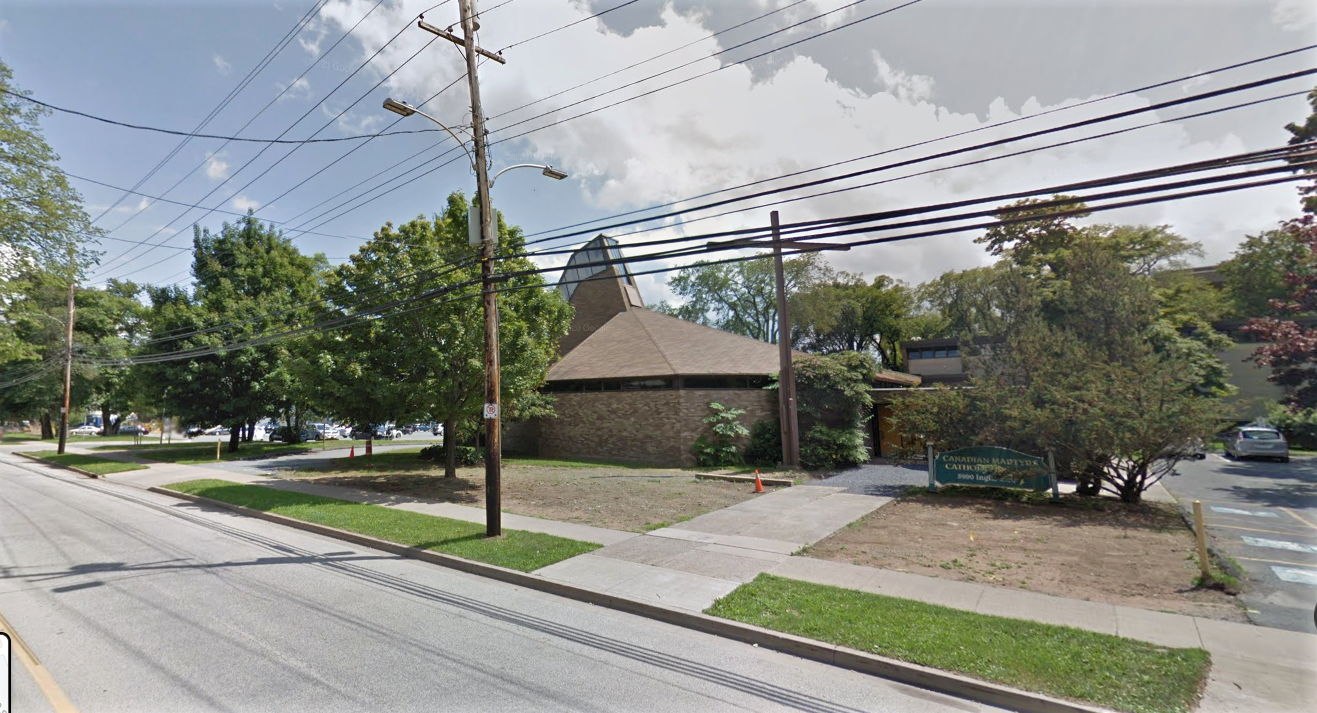 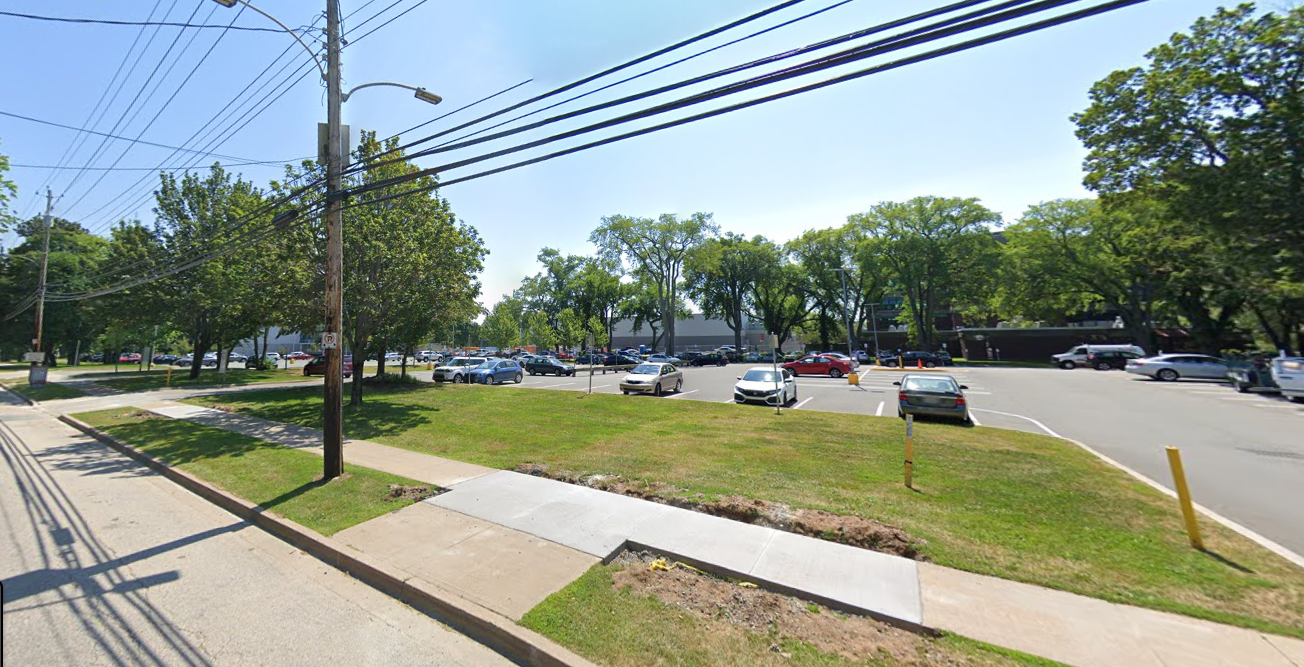 Out in Fairview a church I don’t actually remember has been replaced by a development that feels like an insult. 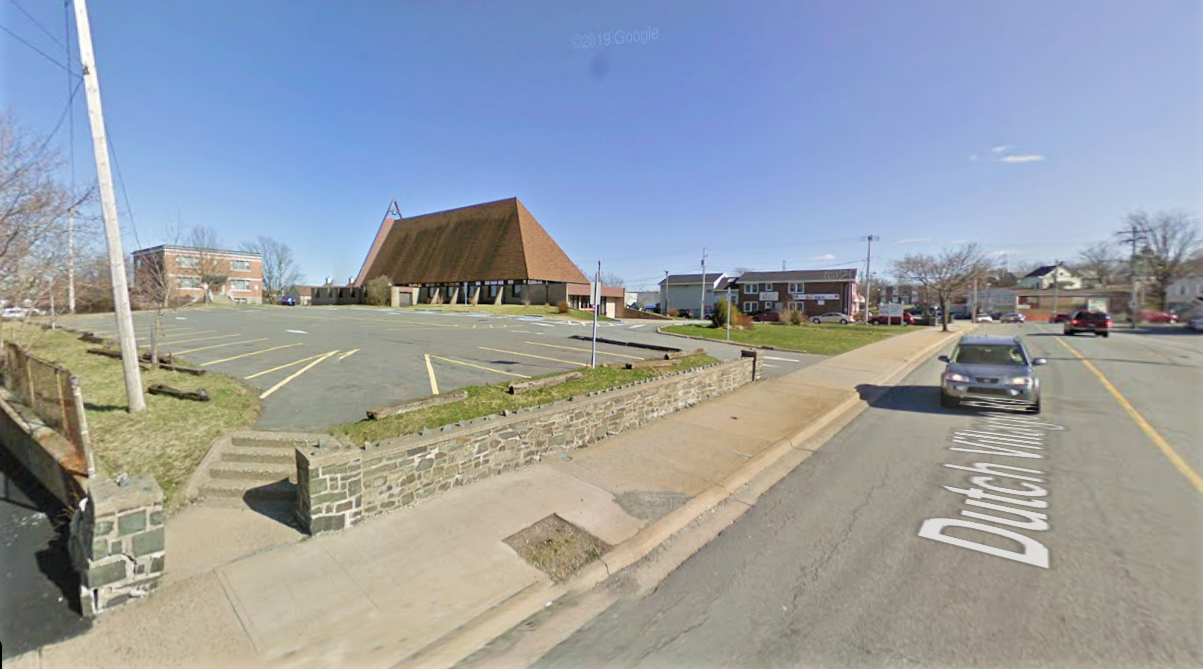 Instead of pedestrian-friendly design, the developers chose to erect a wall with a steel fence on top. Tells you how much they care about their neighbourhood. 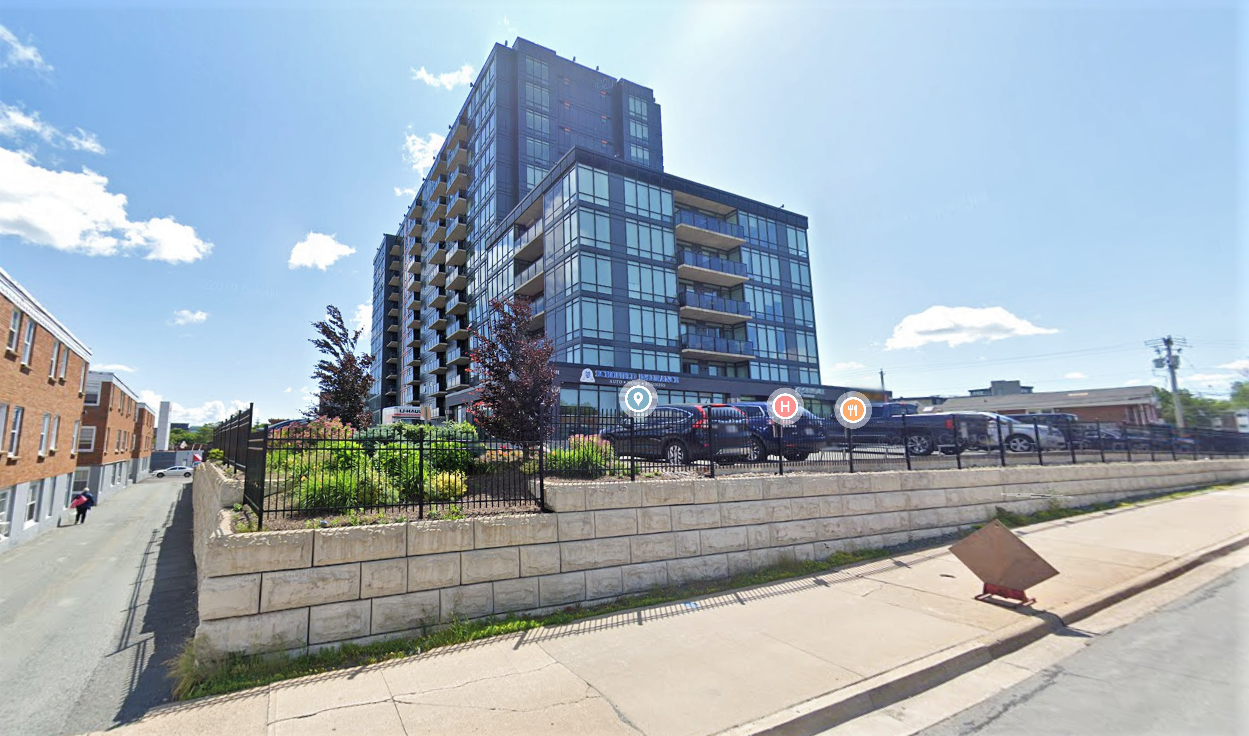 Compare that to this example on Gottingen Street at Russell. Another 2009 image shows St. Joseph’s, a church that never attracted my attention. 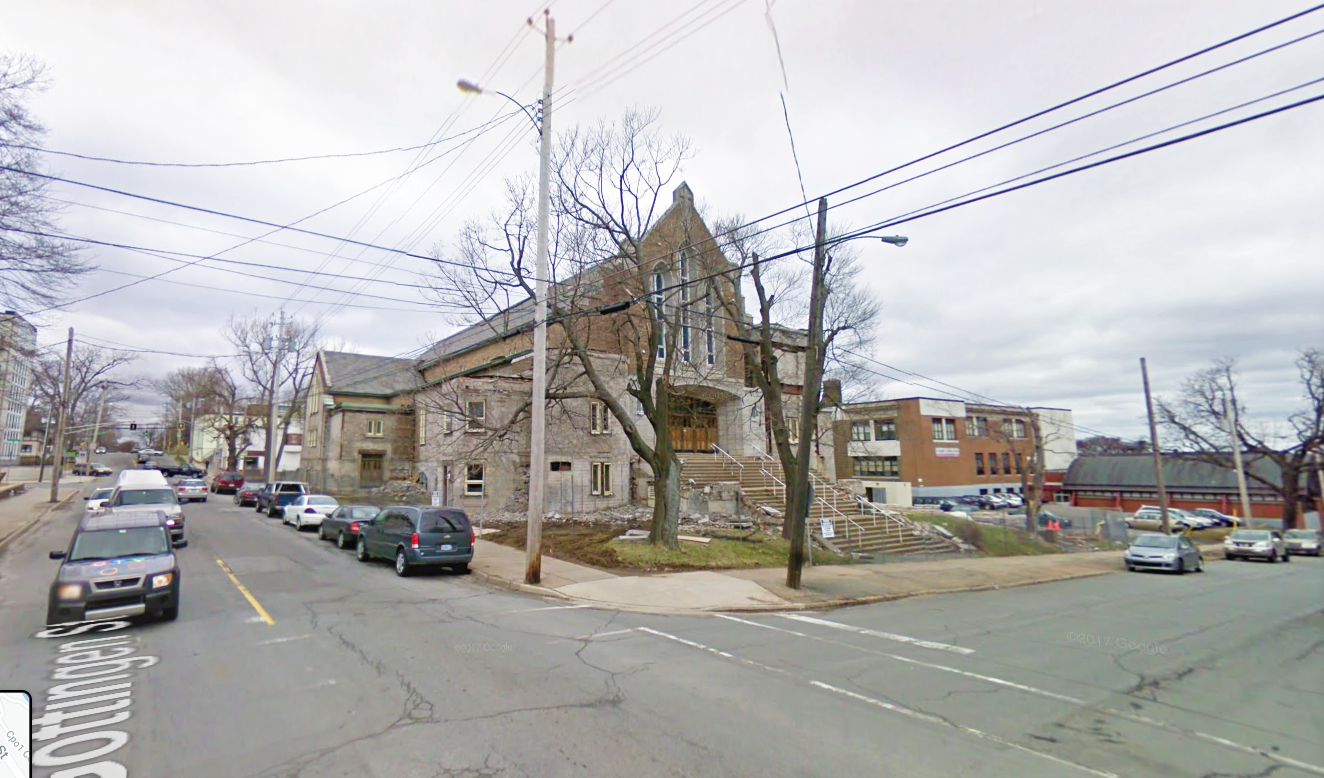 It has been replaced by St. Joseph’s Square, one of our best examples of a development that provides a big basket of gifts to the street, while paying homage to the past. 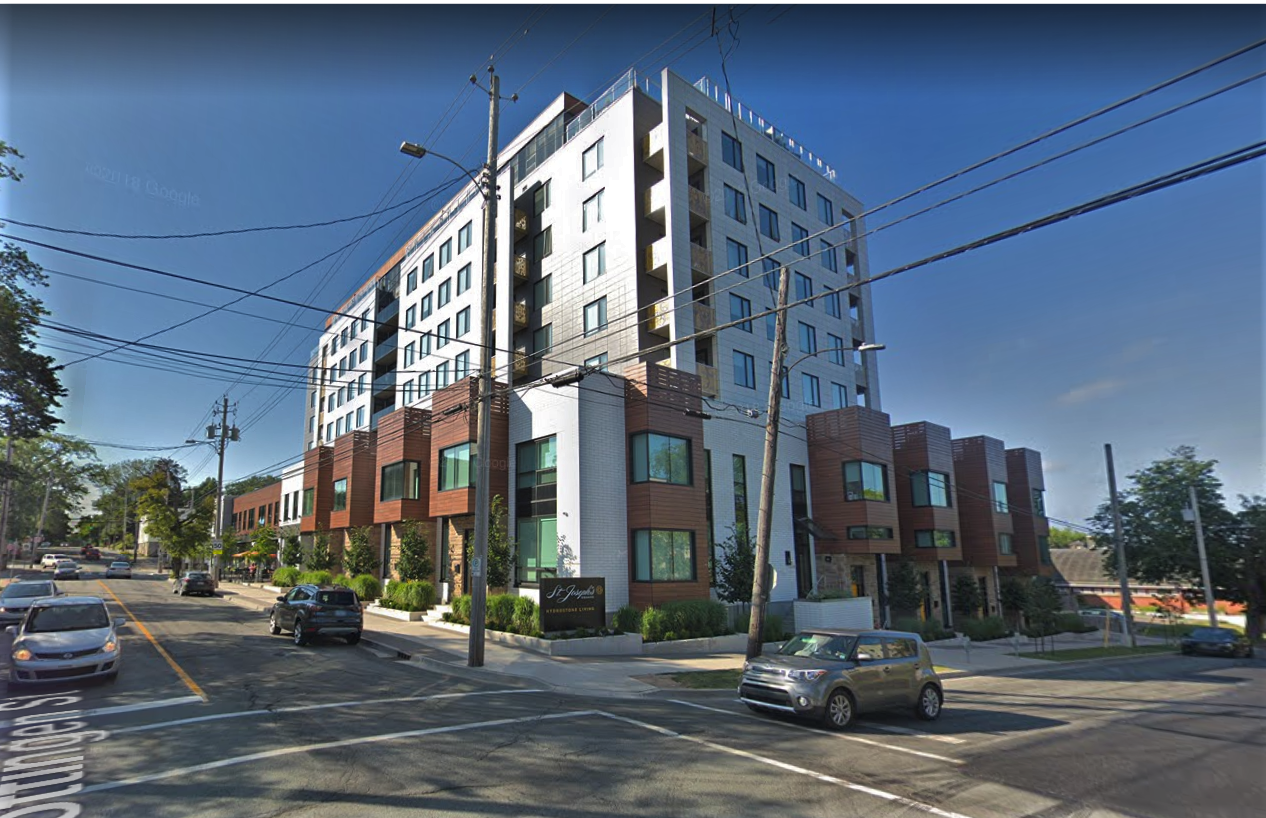 If this Street View feature is new to you, get ready for endless amusement exploring the Back to the Future rabbit hole. To discover earlier views, look at the upper left corner of a view and click on the clock icon and “Street View.” 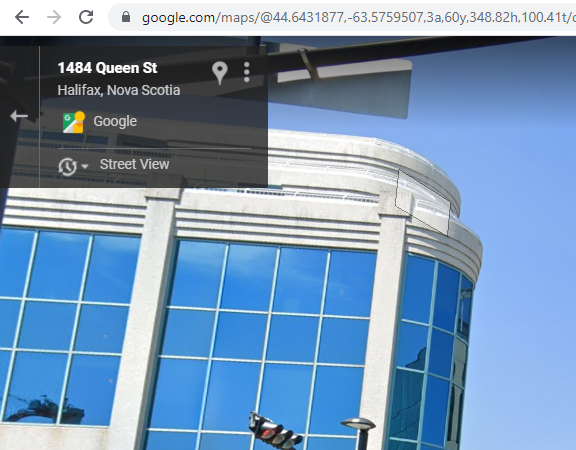 A timeline will open up with dots marking earlier views. Click on a dot and the image for a trip back in time. 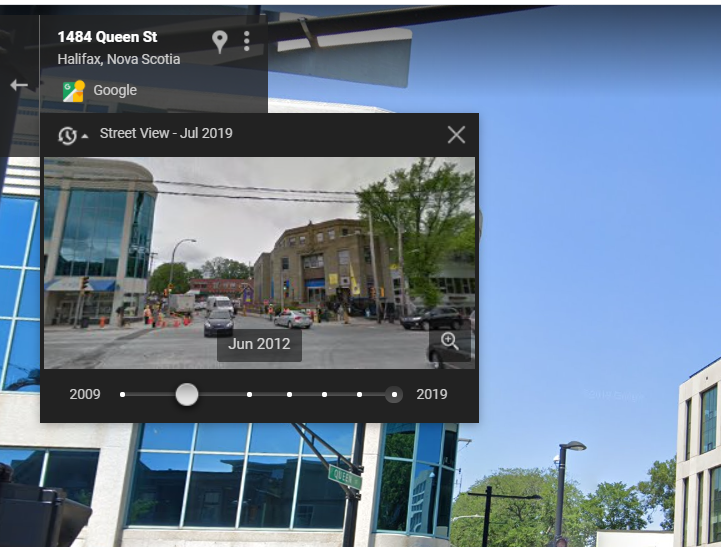