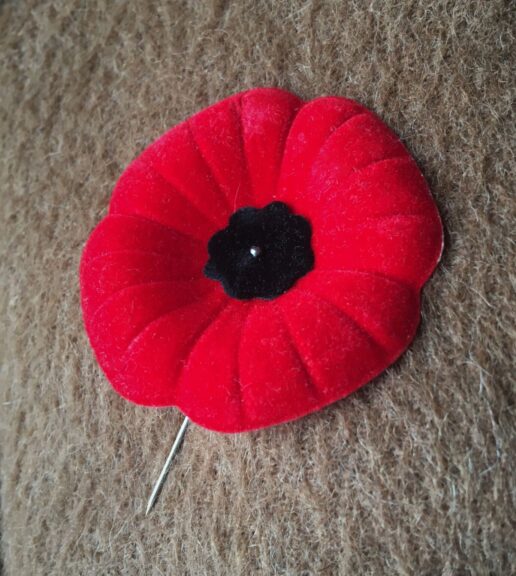 It’s sad that every year, it seems, there is a little controversy around Remembrance Day poppies. Last year it was Don Cherry’s “you people” rant, this year Whole Foods misstepped. One year people were shamed for making little interventions that would keep a poppy attached to their coat for longer than 30 seconds.

Poppies are a powerful symbol so I buy them every year, but I also keep a small stockpile from the past because my new ones go missing so often. This got me thinking about other tags I’ve saved over the years. These are ones I never plan to wear again, they survive as amusing little pieces of ephemera.

For me the classic tag event was Apple Day, a major fund raiser for Boy Scouts. It is also the only tagging I’ve actually done. As a Scout I stood on corners dressed in uniform (including the Mountie-style hat) with a tray of shiny apples hung around my neck. People knew who we were and what we were about. My memory is that folks put money in our donation cans but were not particularly interested in our apples. Girl Guide cookies, not surprisingly, are a more desirable product. 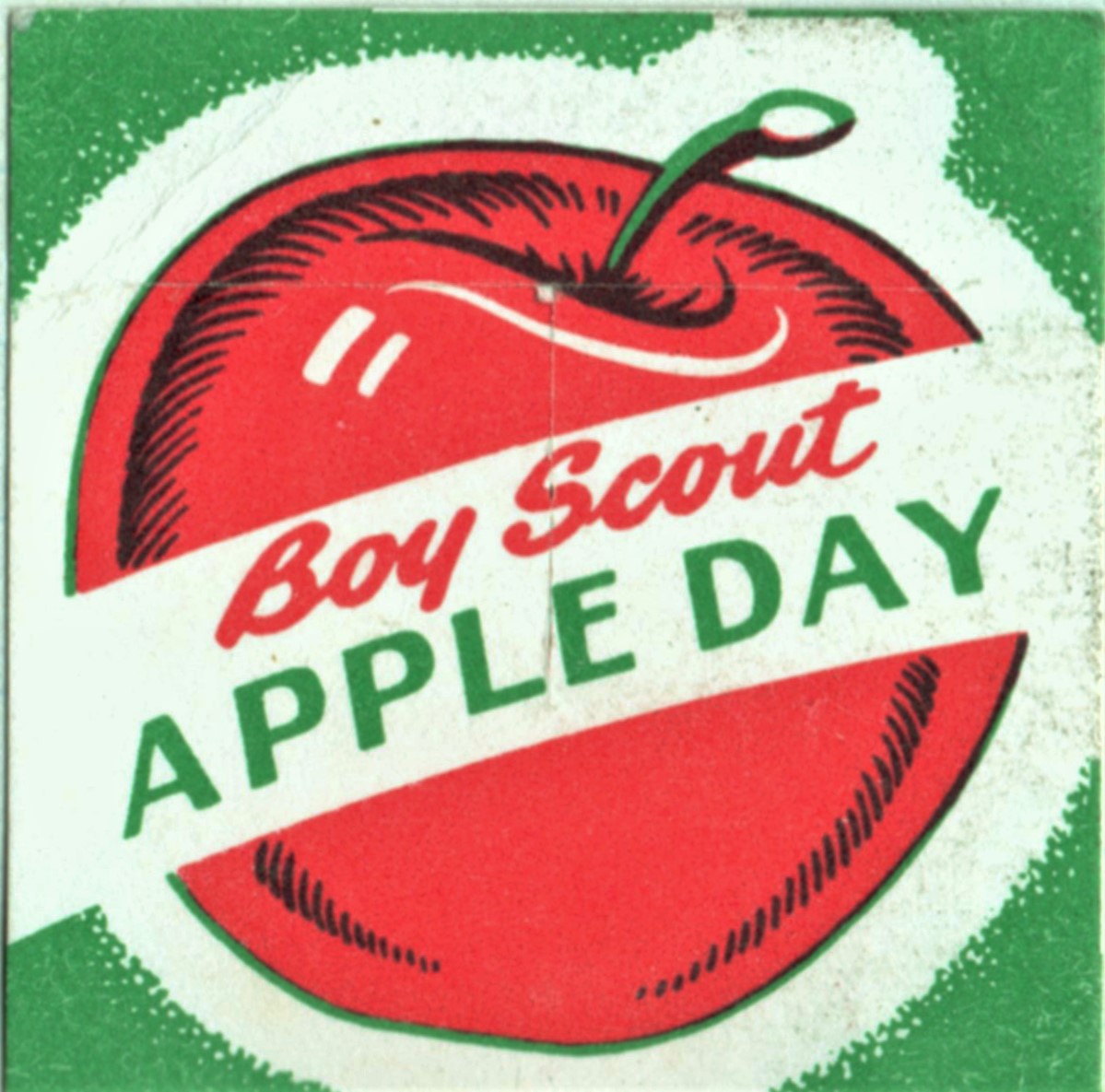 Most of the tags in my collection date from the 1970s and 80s and were acquired by giving small amounts of change to children, who blocked the exit of the Clyde Street liquor store. Unlike poppies, I wore a tag not to show my support for “Hawks Novice A” but to stop other tag sellers, roaming the sidewalks, from accosting me. 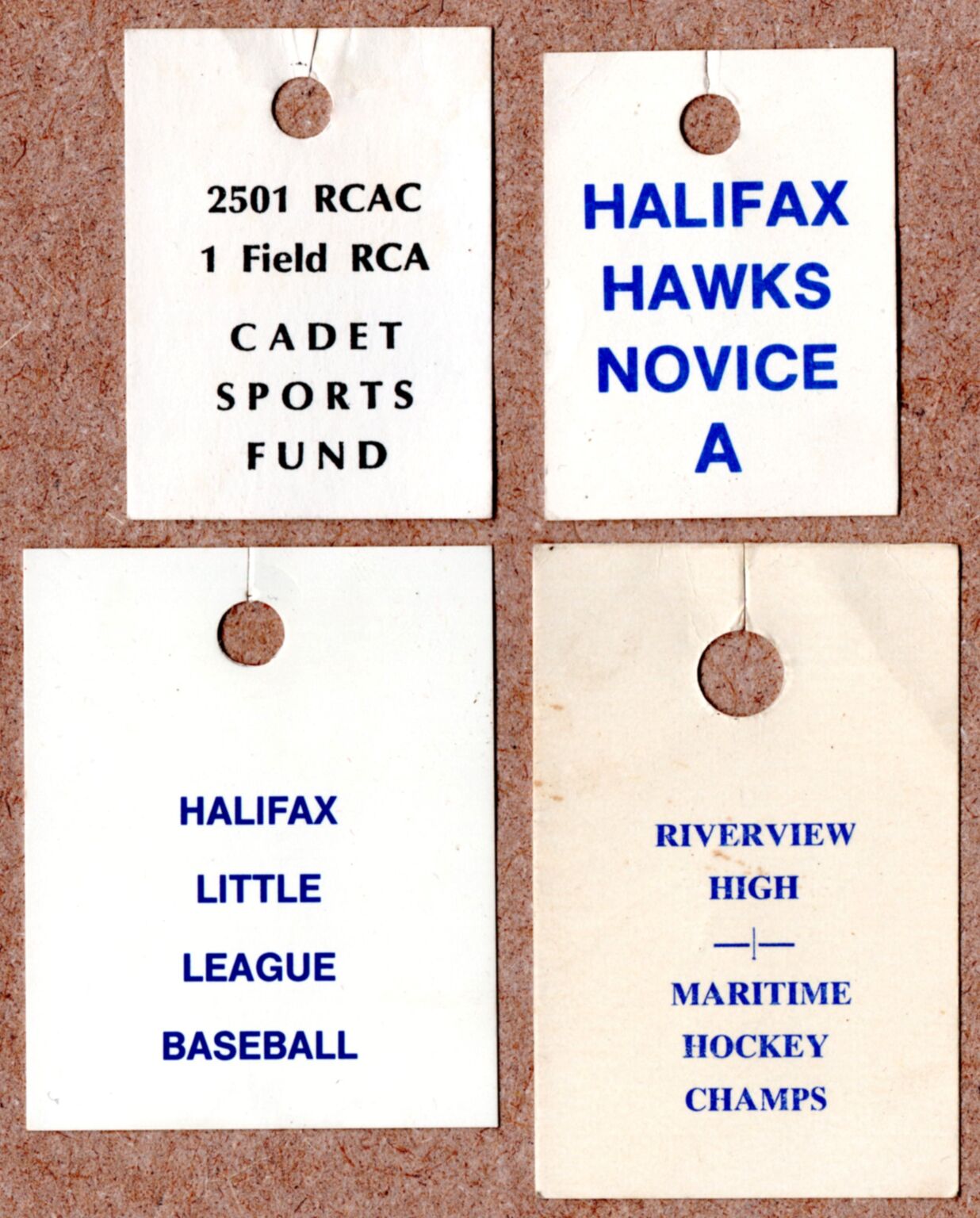 On a successful tag day a good proportion of folks walking down Spring Garden Road would be wearing a tag. These examples would have been produced by small-scale, local printers and most are designed to fit over buttons. 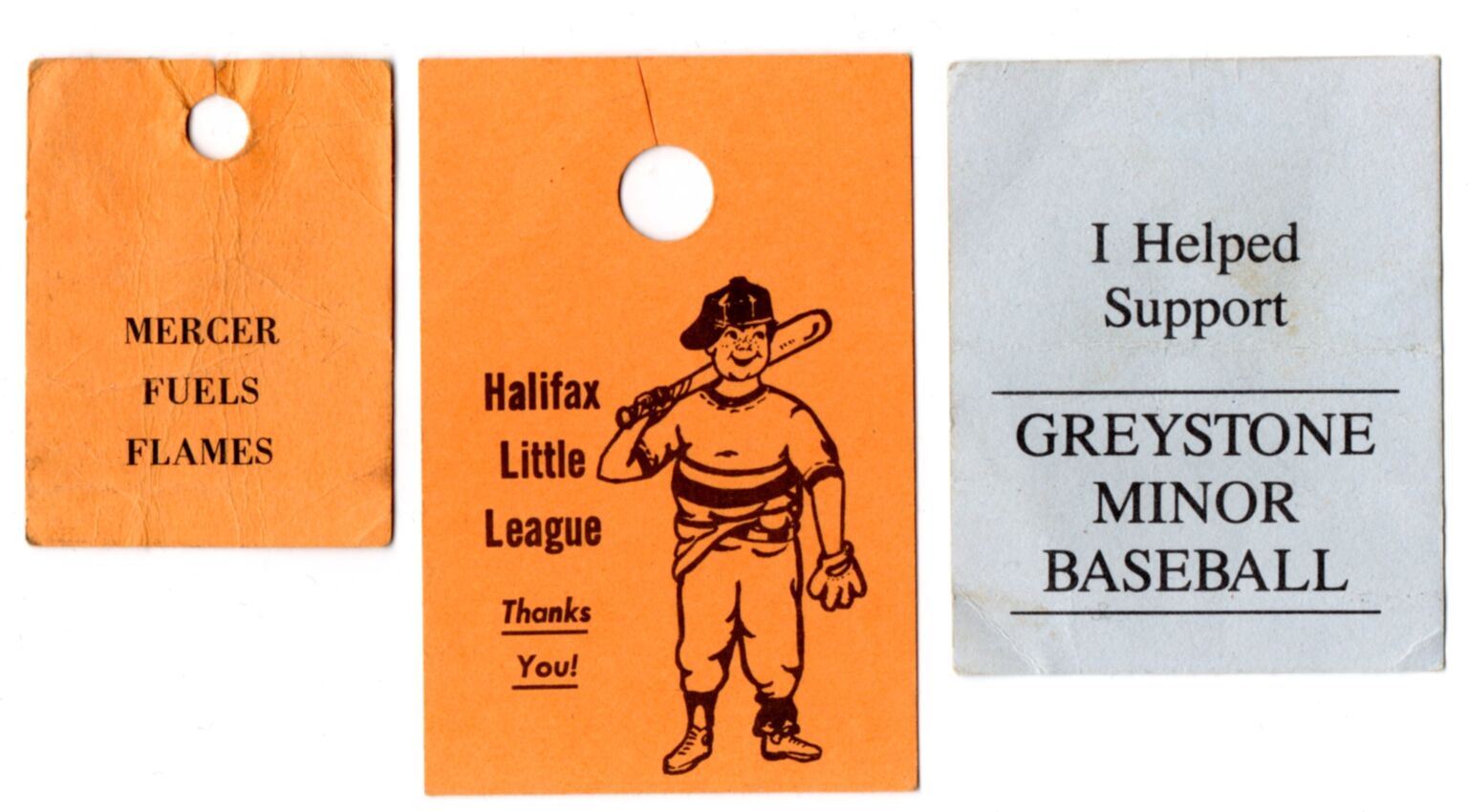 National groups, like the Navy League, could afford or aspire to better design. Also the string provided more attachment options, and had a certain marine sensibility. 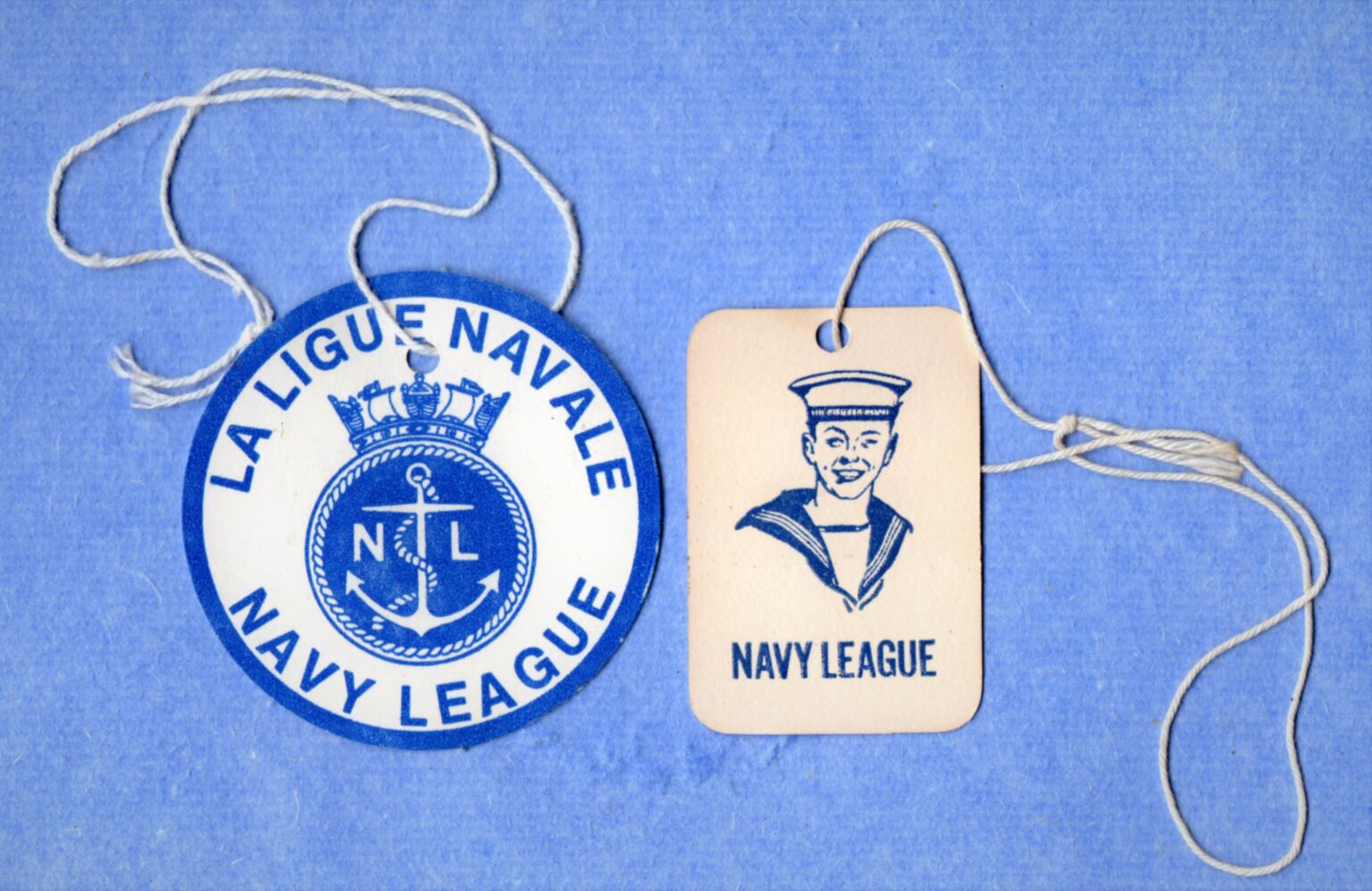 The oldest tag in this little collection is from 1926, for CGIT (Canadian Girls in Training). The group was founded (Wikipedia says) as an “alternative to the Girl Guide movement, which the founders felt was too British or American and too authoritarian.” 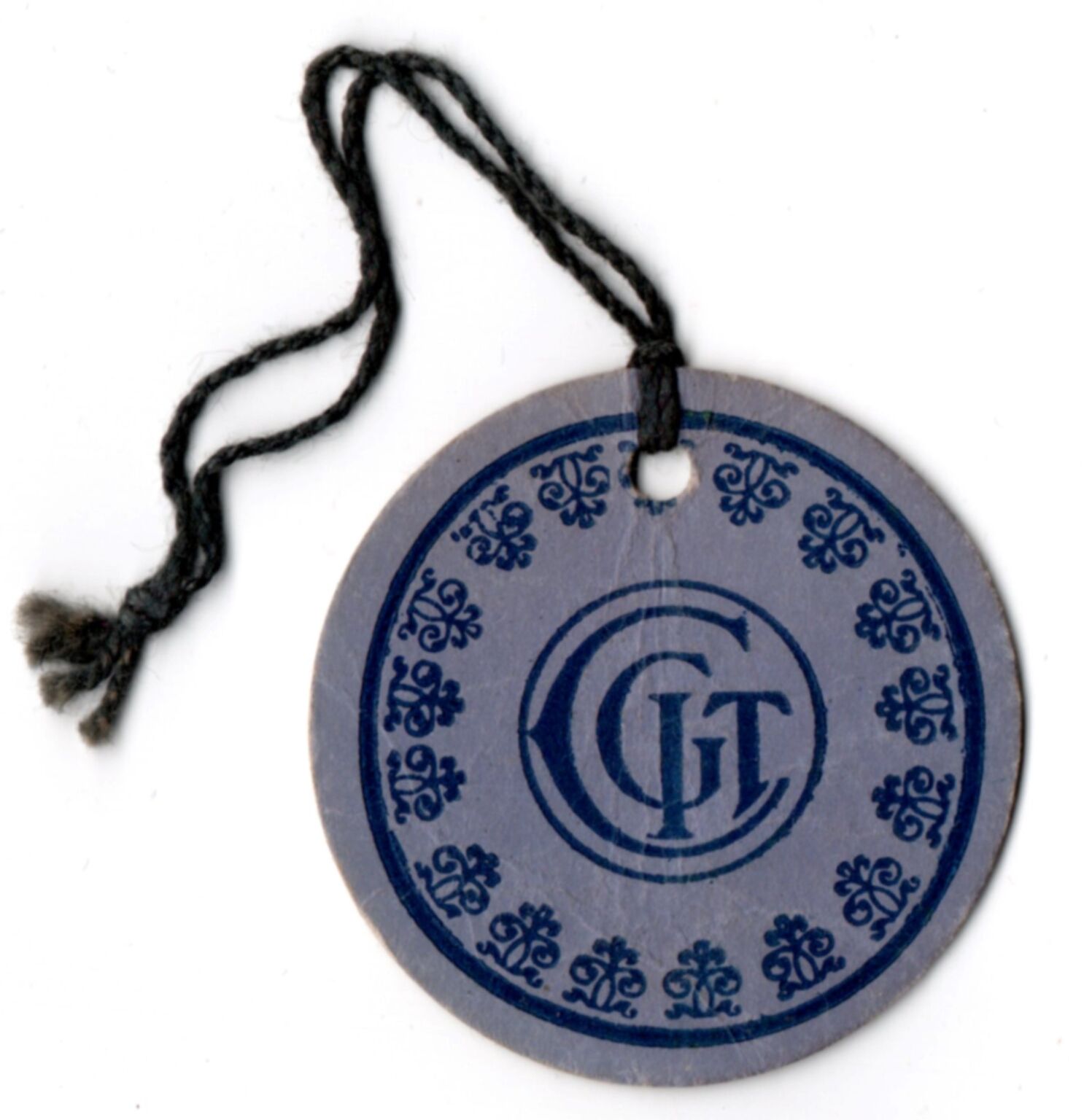 Tags can also show your participation in an activity. This 1962 sticker was saved as evidence that I’d taken the new polio vaccine. When there is a Covid vaccine I’ll proudly wear a similar sticker. (By the way, have you got your flu shot yet?) 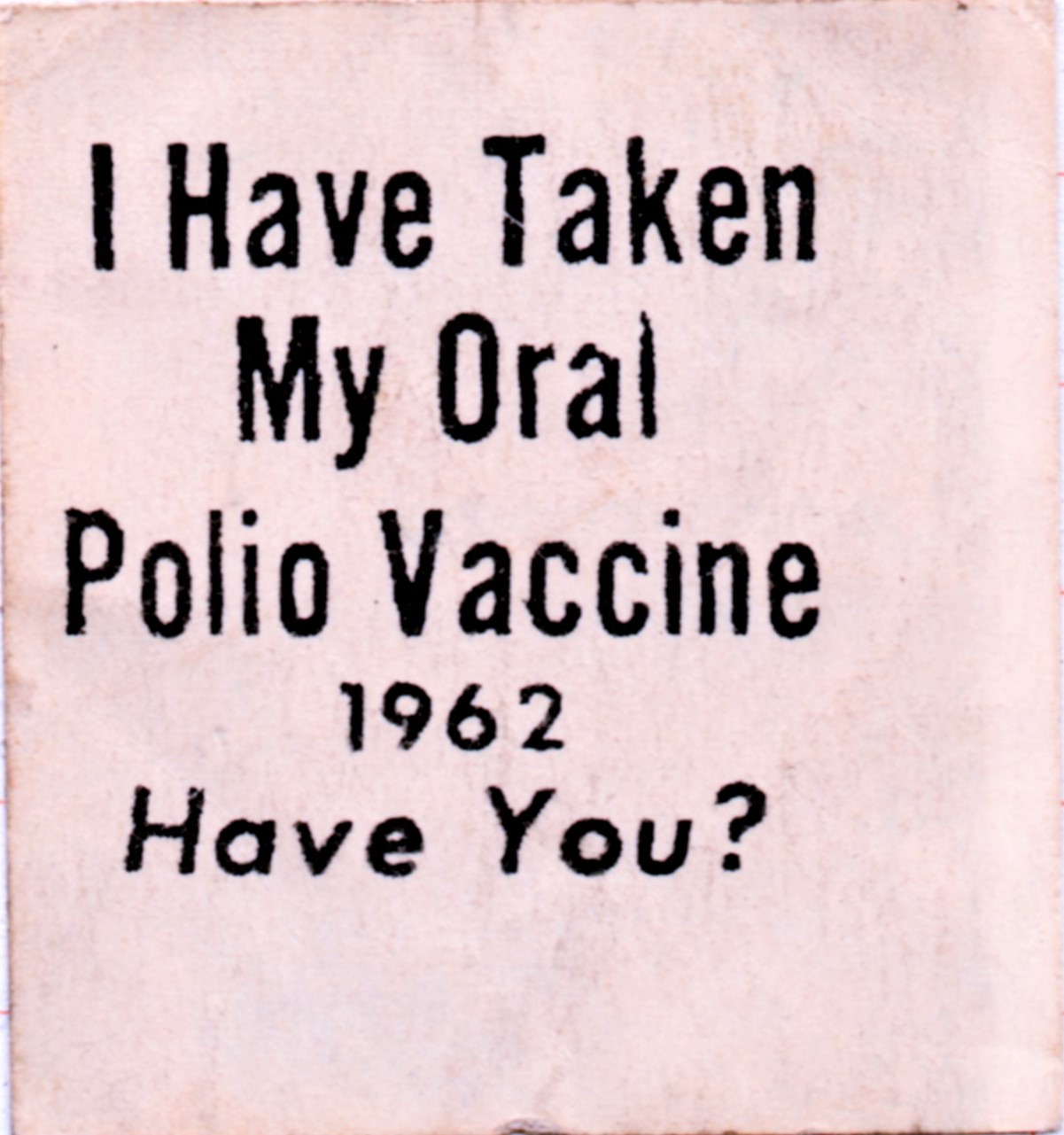 These days the tag I wear is apt to show I’ve paid admission to a museum or art gallery. In ancient times, when people travelled, I would often stick these stickers in a little travel notebook. They tend to be better looking than the tags produced by the Mercer Fuels Flames. 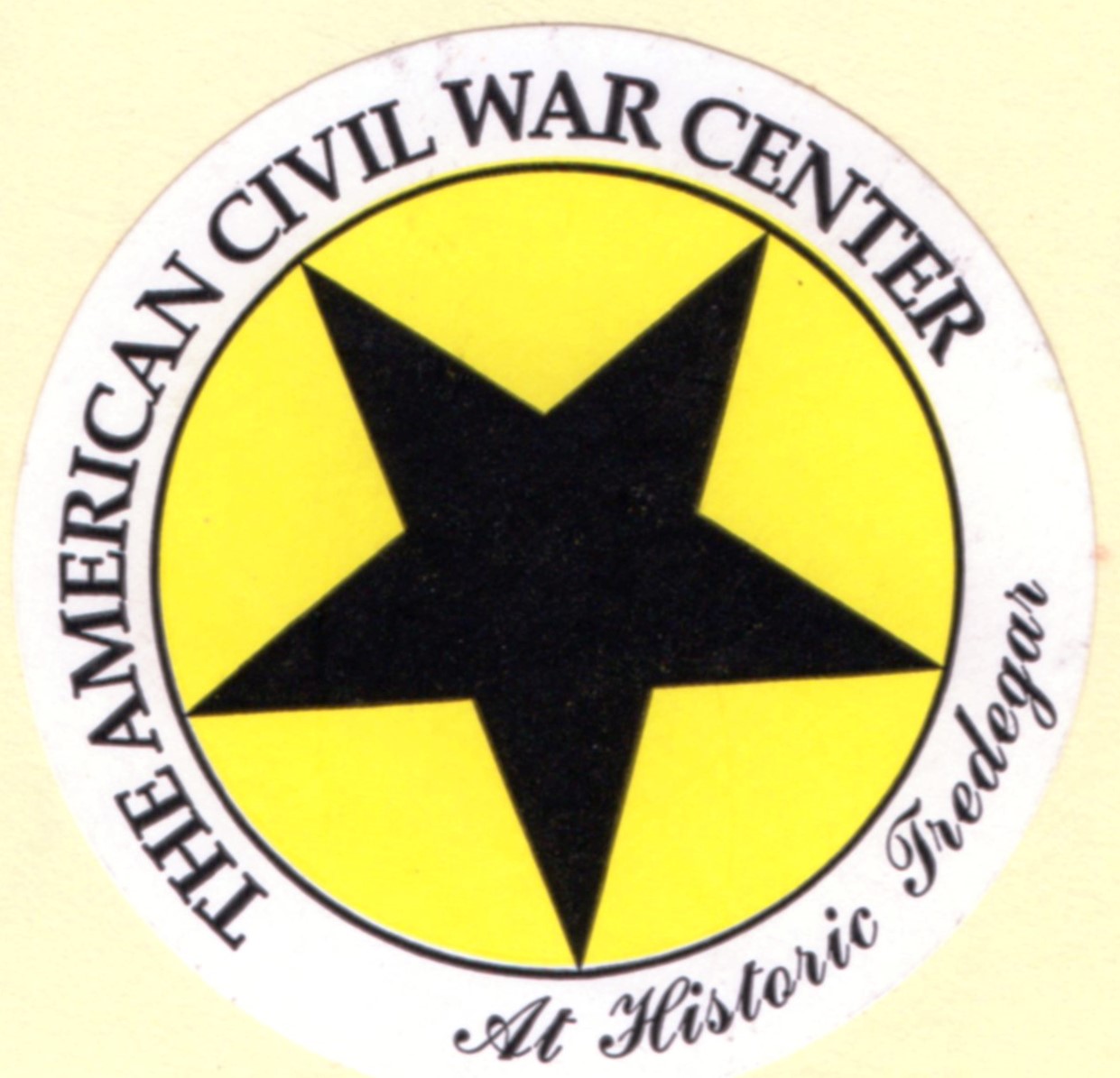 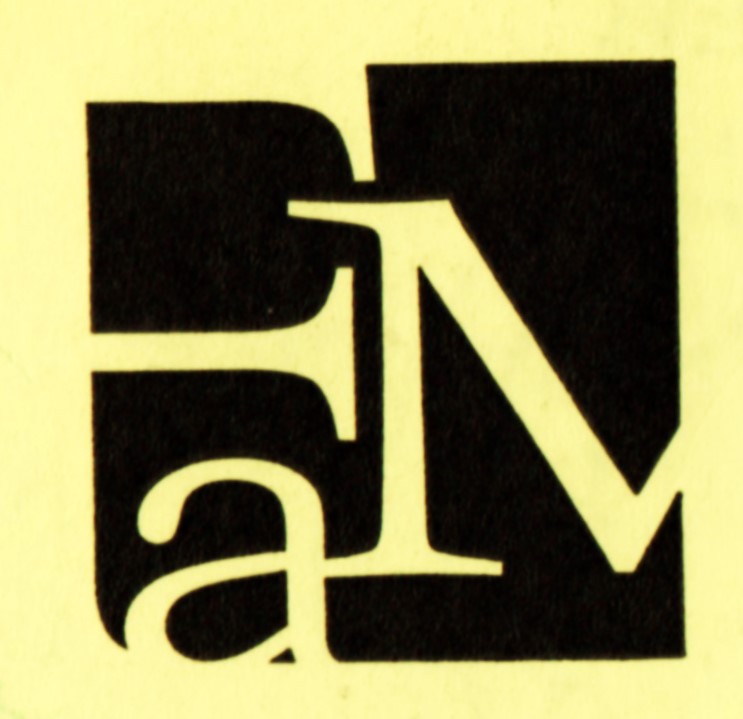 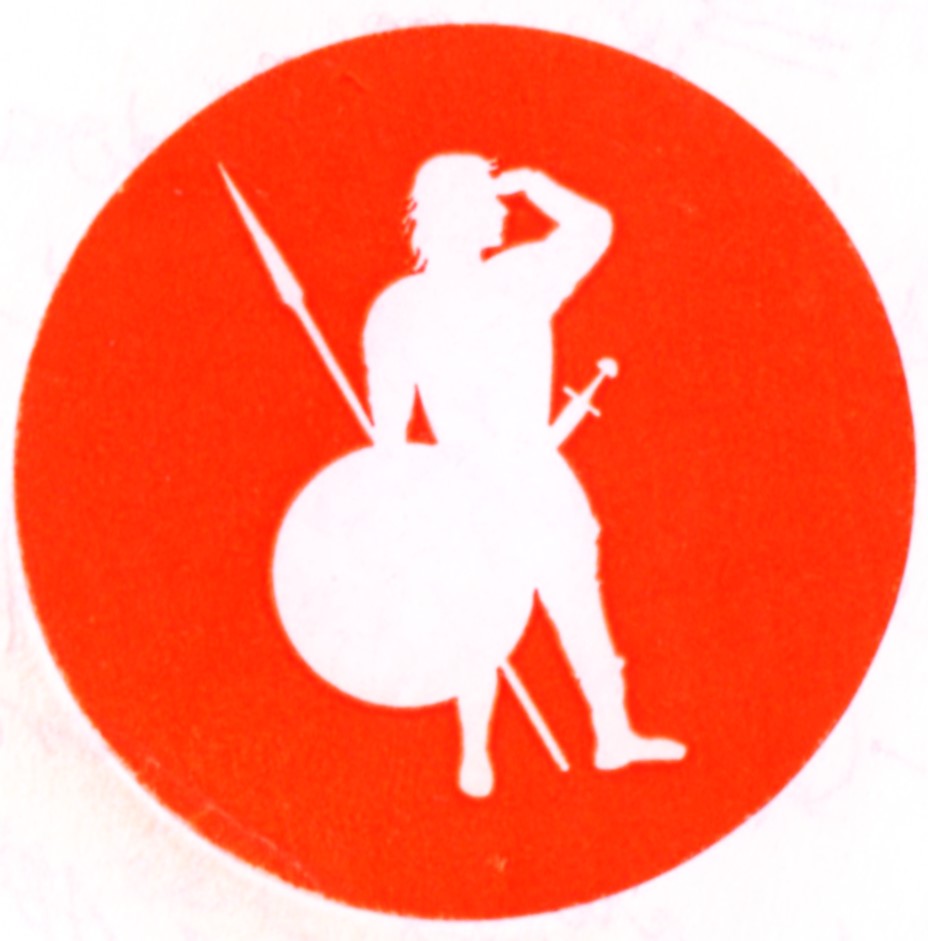 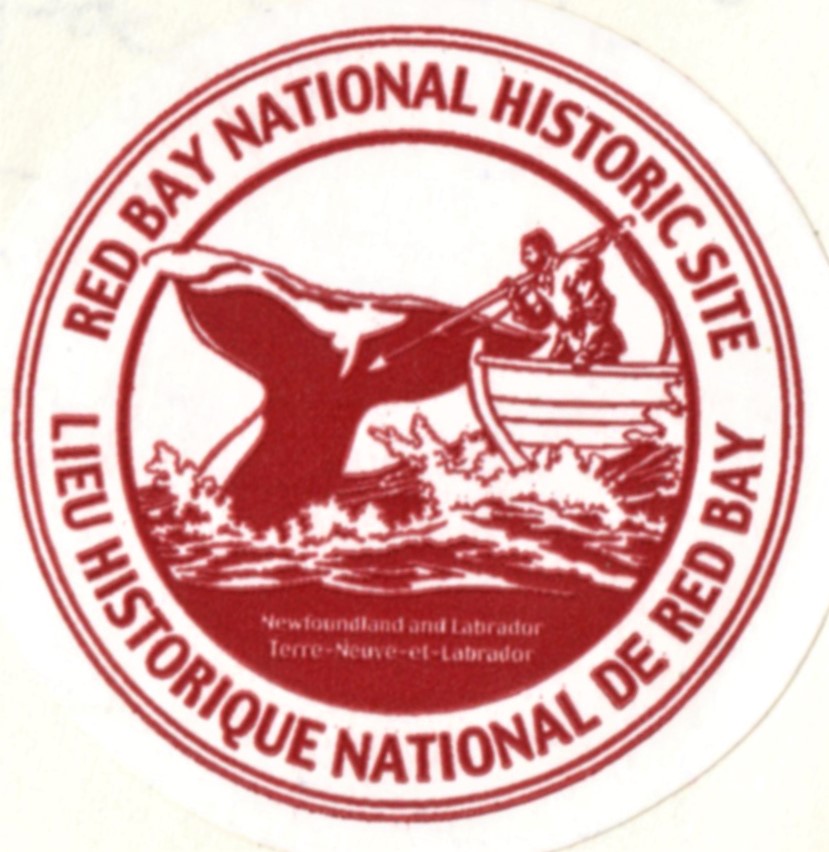 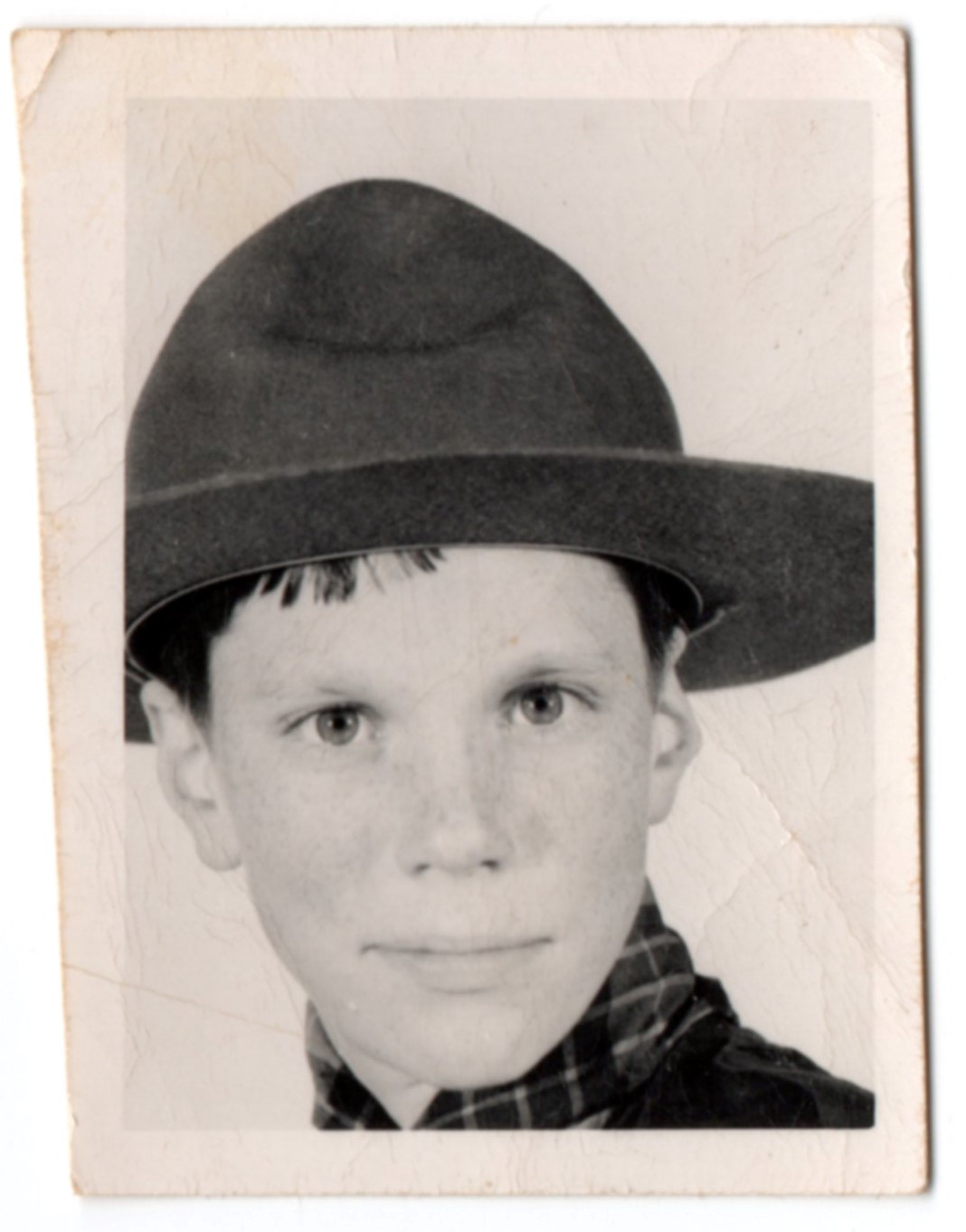 And in other news, around this same time Sheila was vice president of CGIT in the province of Quebec.