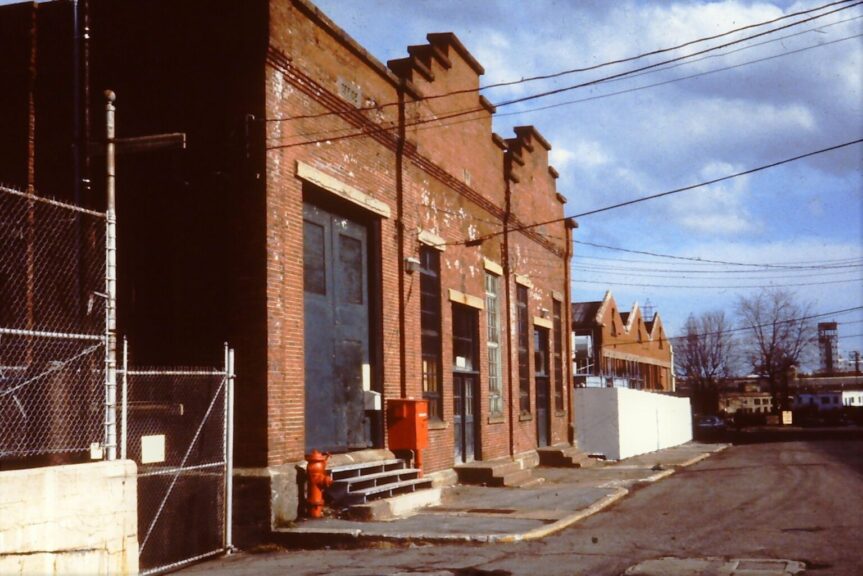 Recently we were driving back roads in the Ardoise district of Hants County with our friend Beth, who knows the lay of that land. I called for a photo stop when we came upon this former garage, because I’m fond of buildings with stepped gables. Beth remembered when the business was still in operation (not that long ago). 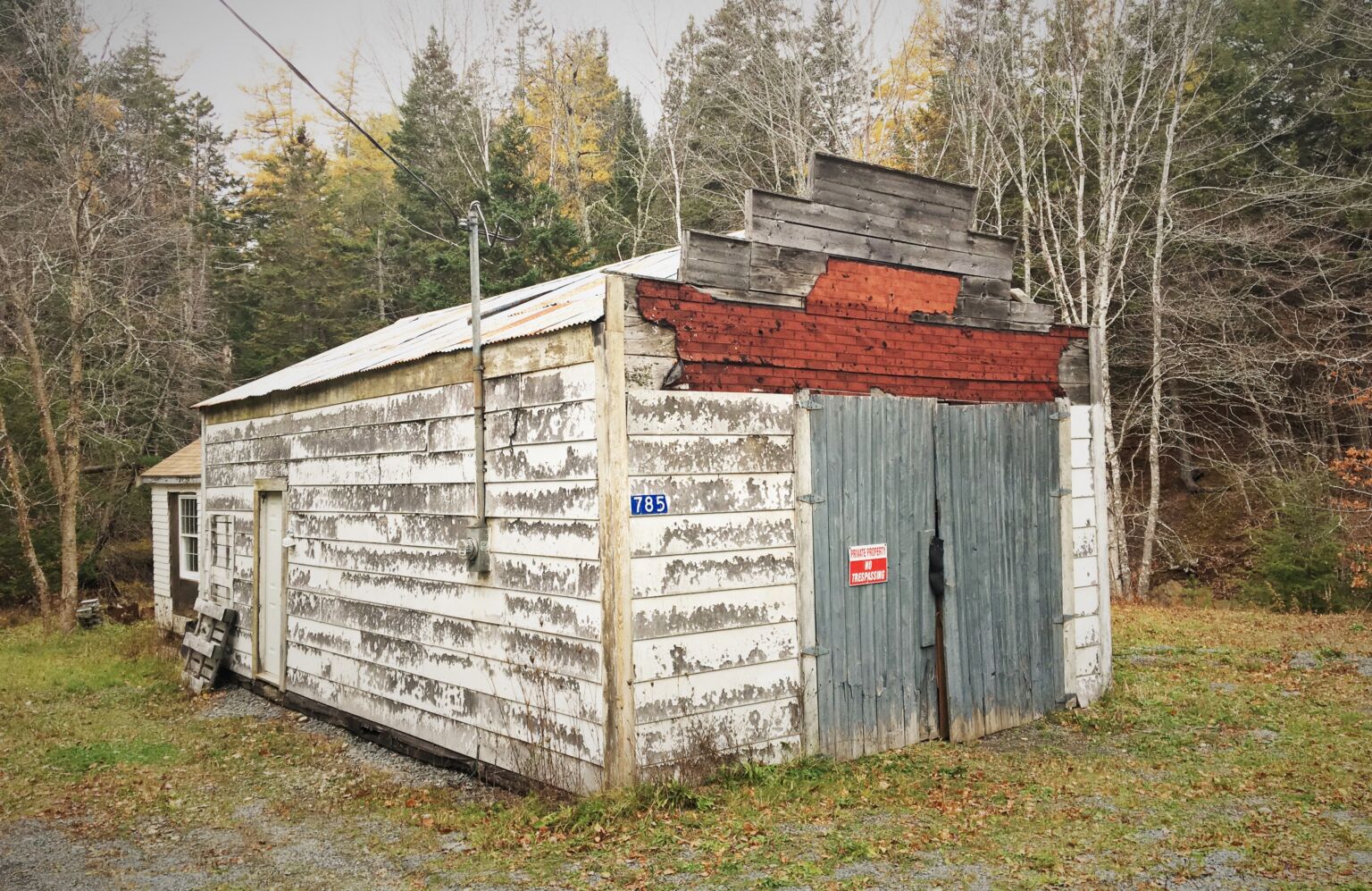 Imagine this little building with its red brick pattern, asphalt siding all fresh and twinkling, accented with a few bright signs advertising oil and spark plugs. If you enjoy looking at this sort of multi-layered derelict, “palimpsest” is a useful word to have in your vocabulary. 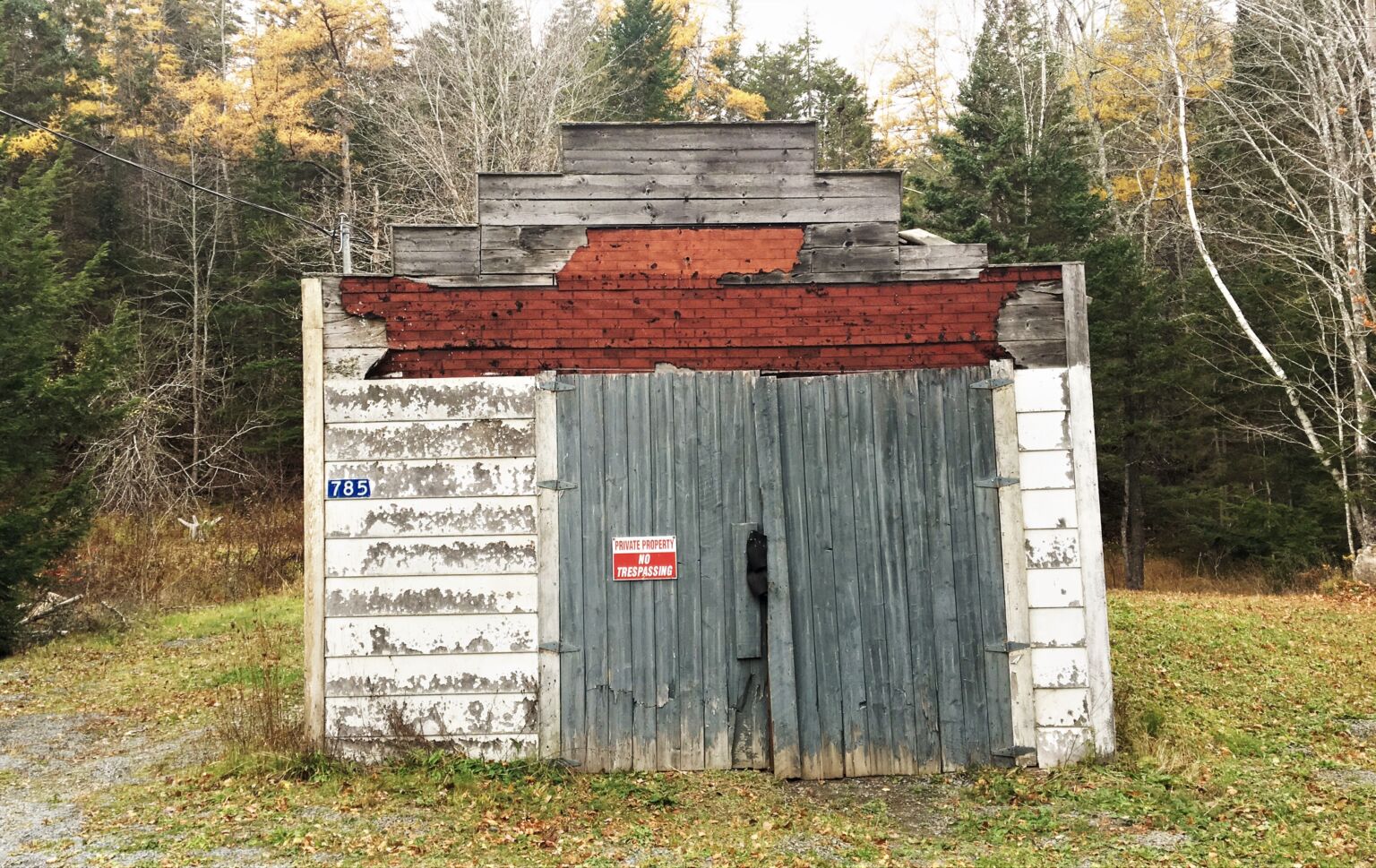 This delightful little encounter encouraged me to assemble more photos, taken over the decades, of this style of gable.

Many stepped gabled buildings no longer serve their original function. An example, back of Aylesford on the Harmony Road, was probably a convenience store. A big gable like this can also be called a false front, because it is really just there for show, and to make the building appear more substantial than it really is. Notice that the gable projects on either side, to conceal the eaves of the real roof. 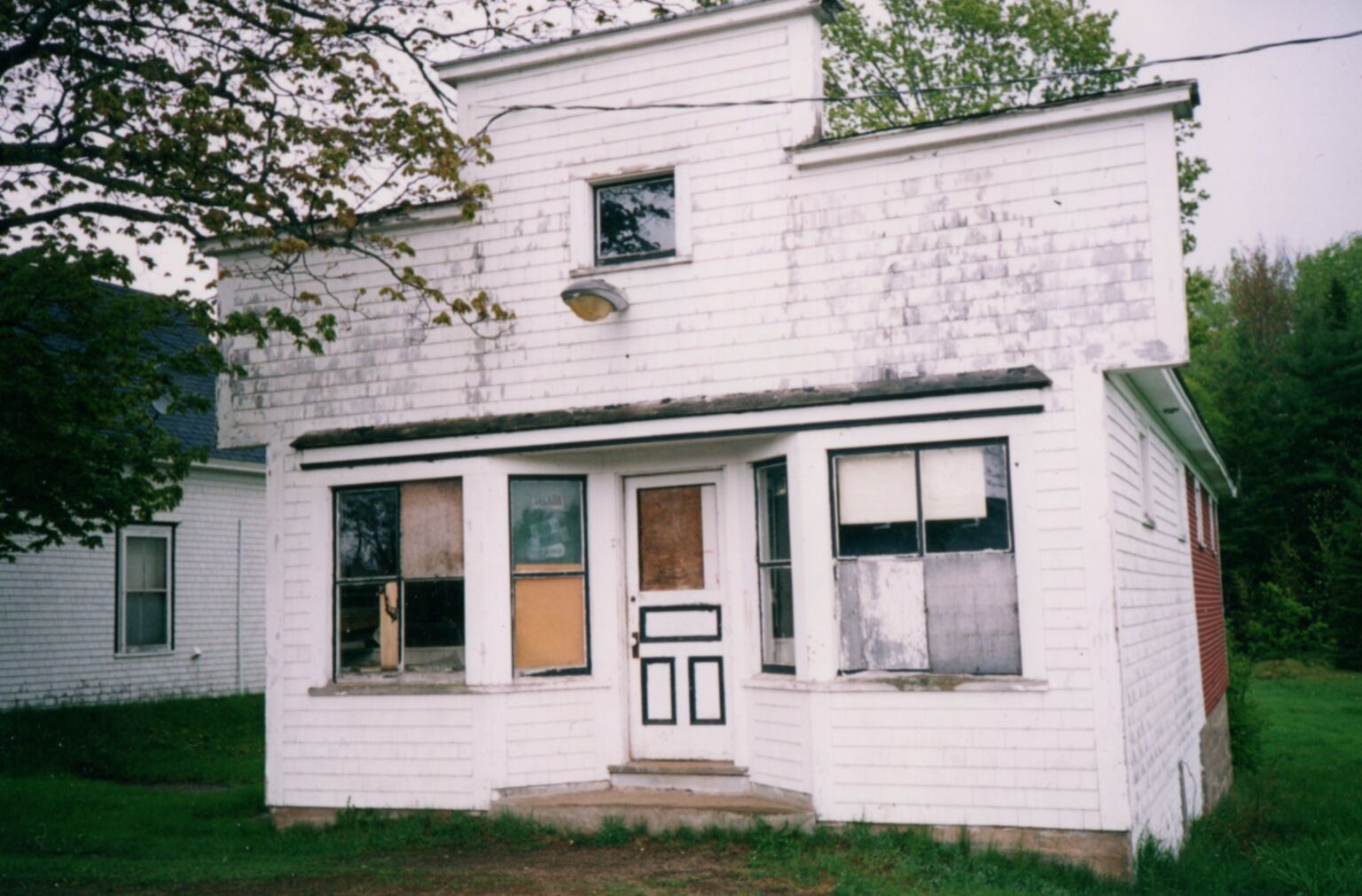 On this Gaspereau Valley example the vertical is emphasized. “Boom town” is another name for this style. Any fan of Westerns will recognize the look. 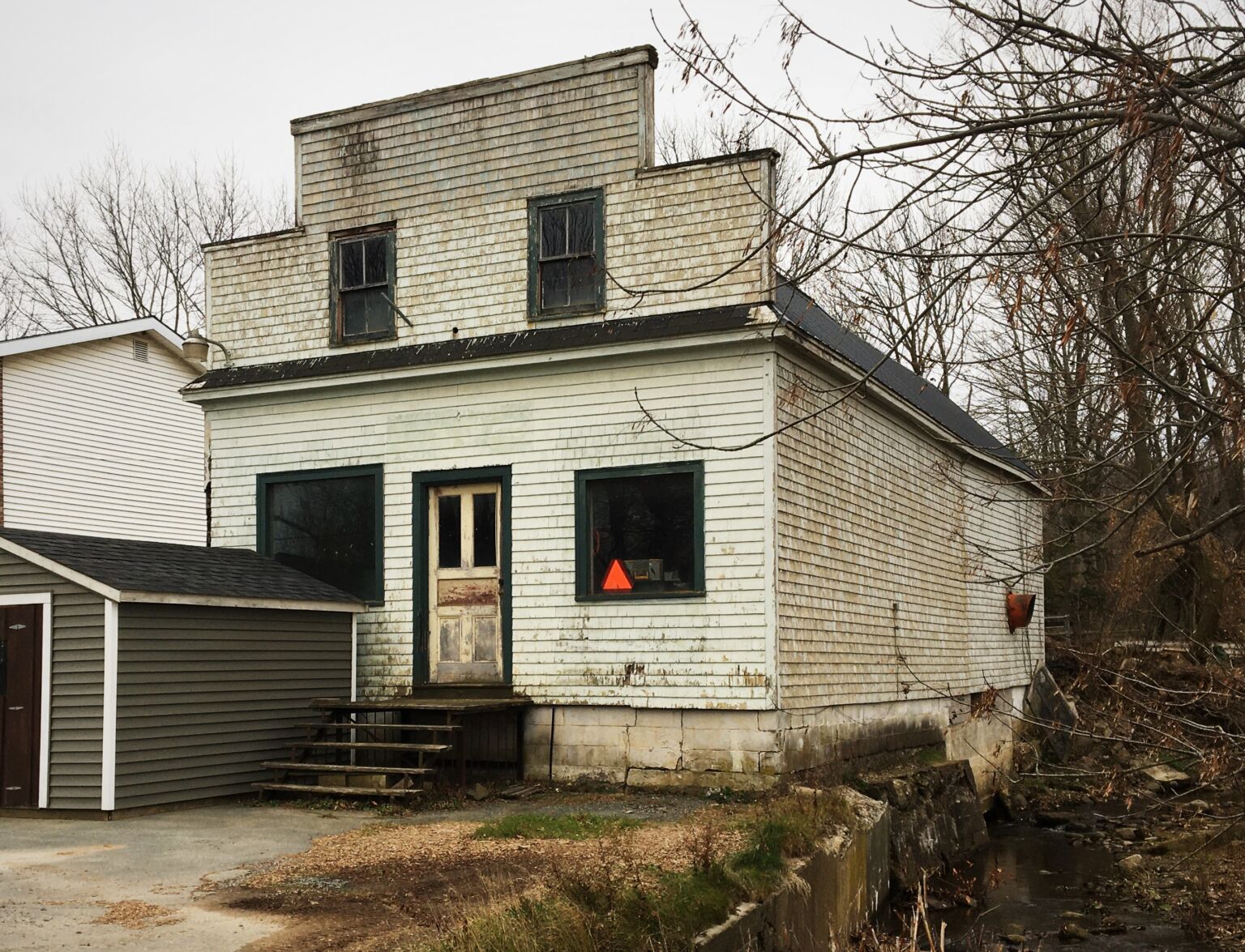 Isn’t this little building in Mabou perfect? A rhapsody of solid and void. Even the smallest of steps telegraphs that this once housed a business. 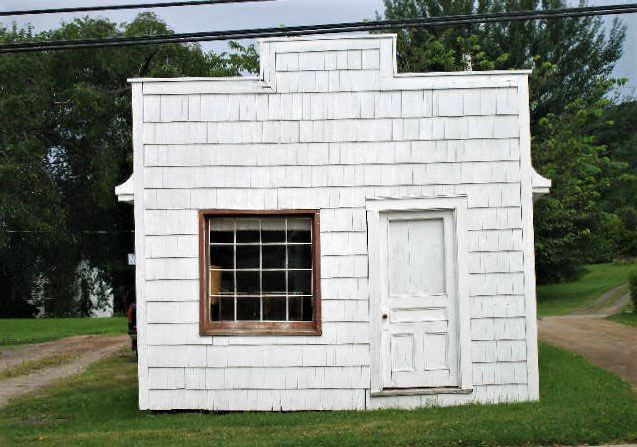 Another favourite is on the outskirts of Lockeport: two steps, plus the name silhouetted against the sky. It must have looked even sweeter dressed in the windows, door, and siding it originally wore to the dance. 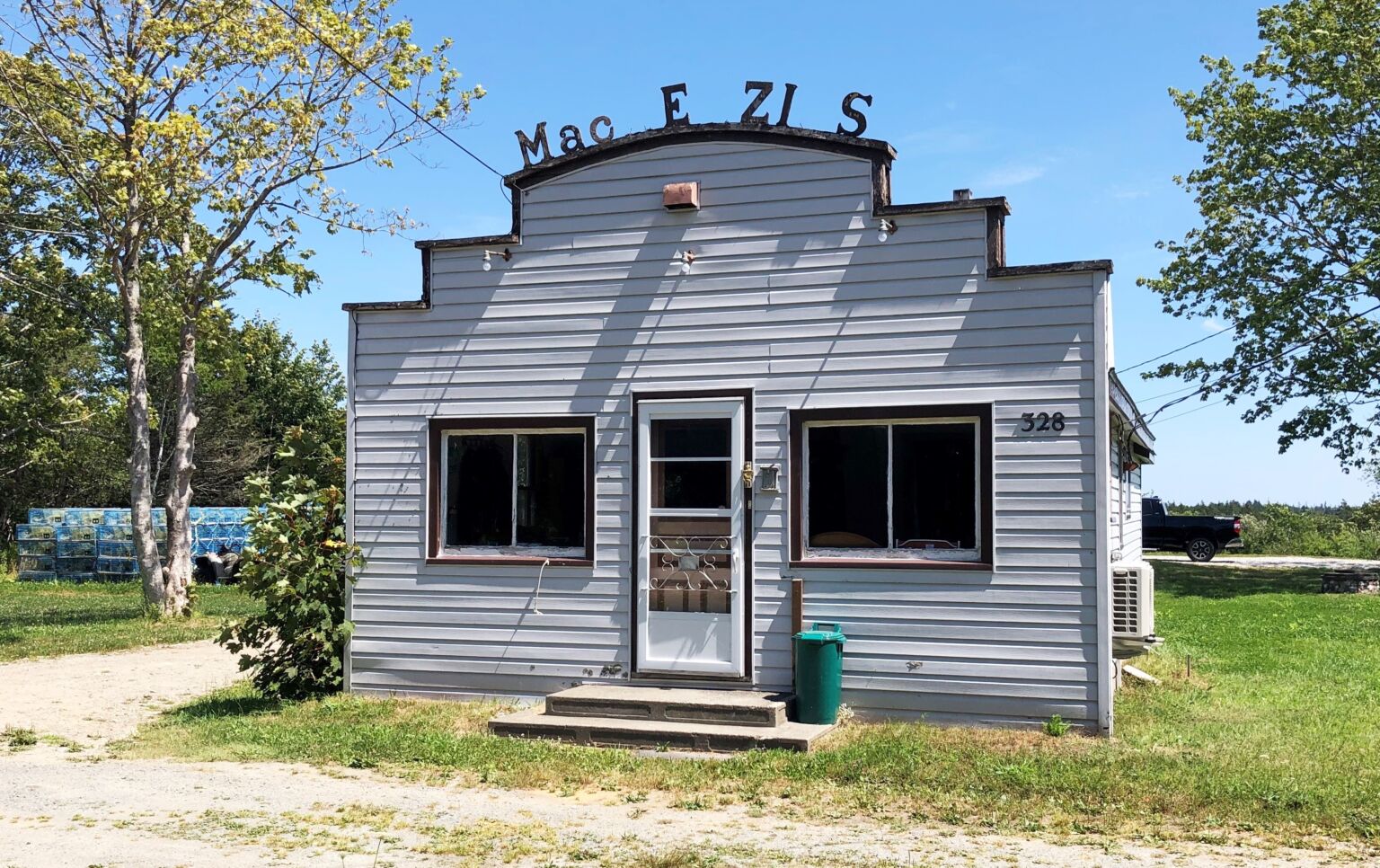 A celebration of small in Weymouth demonstrates that you don’t actually need steps in your gable. 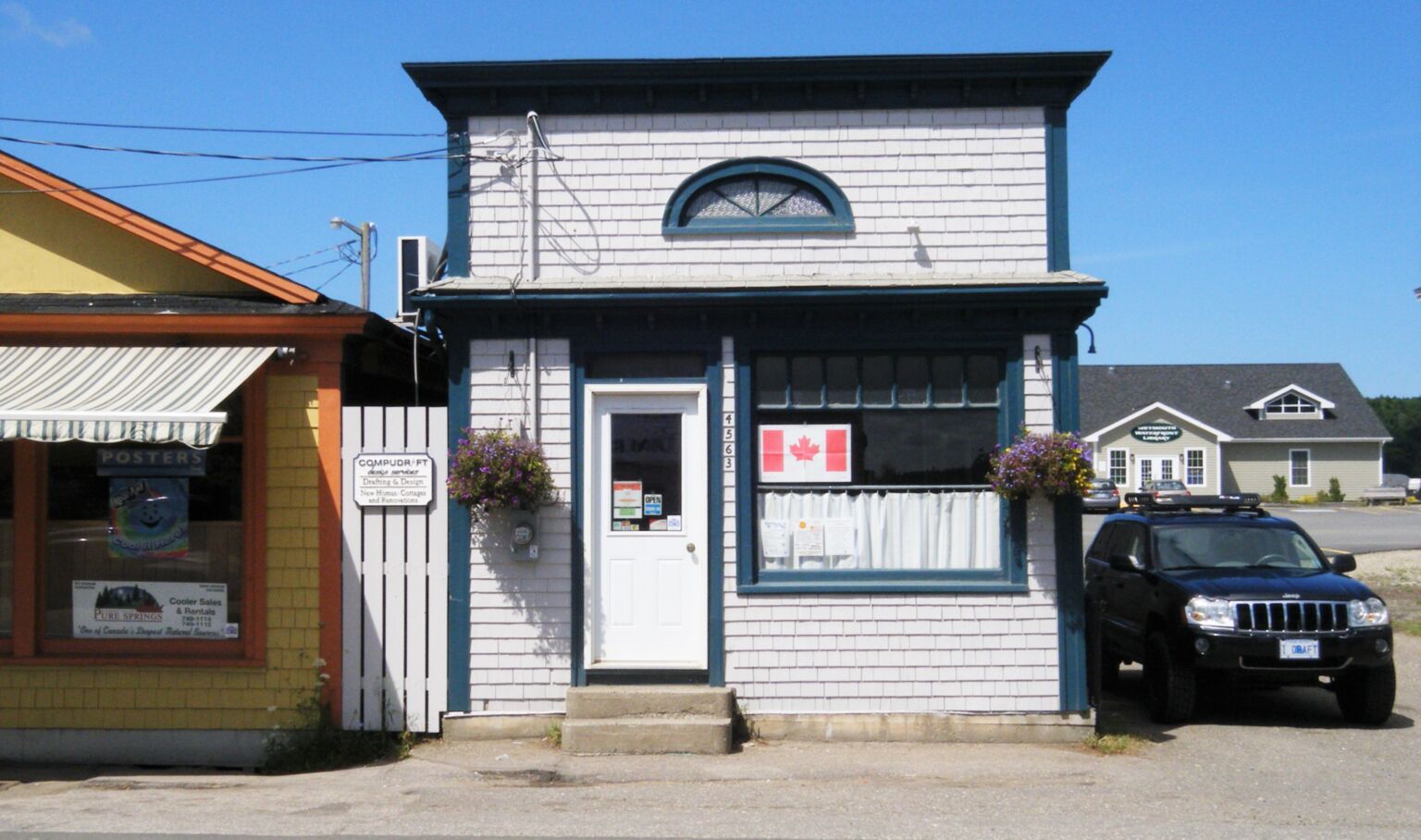 Now some more substantial examples of this look, all gone, alas. The most striking was in Truro; used by a moving and storage company when I took these photos in 1977, but originally housed a hat factory. It faced Victoria Park, next to the present day parking lot for the Superstore. 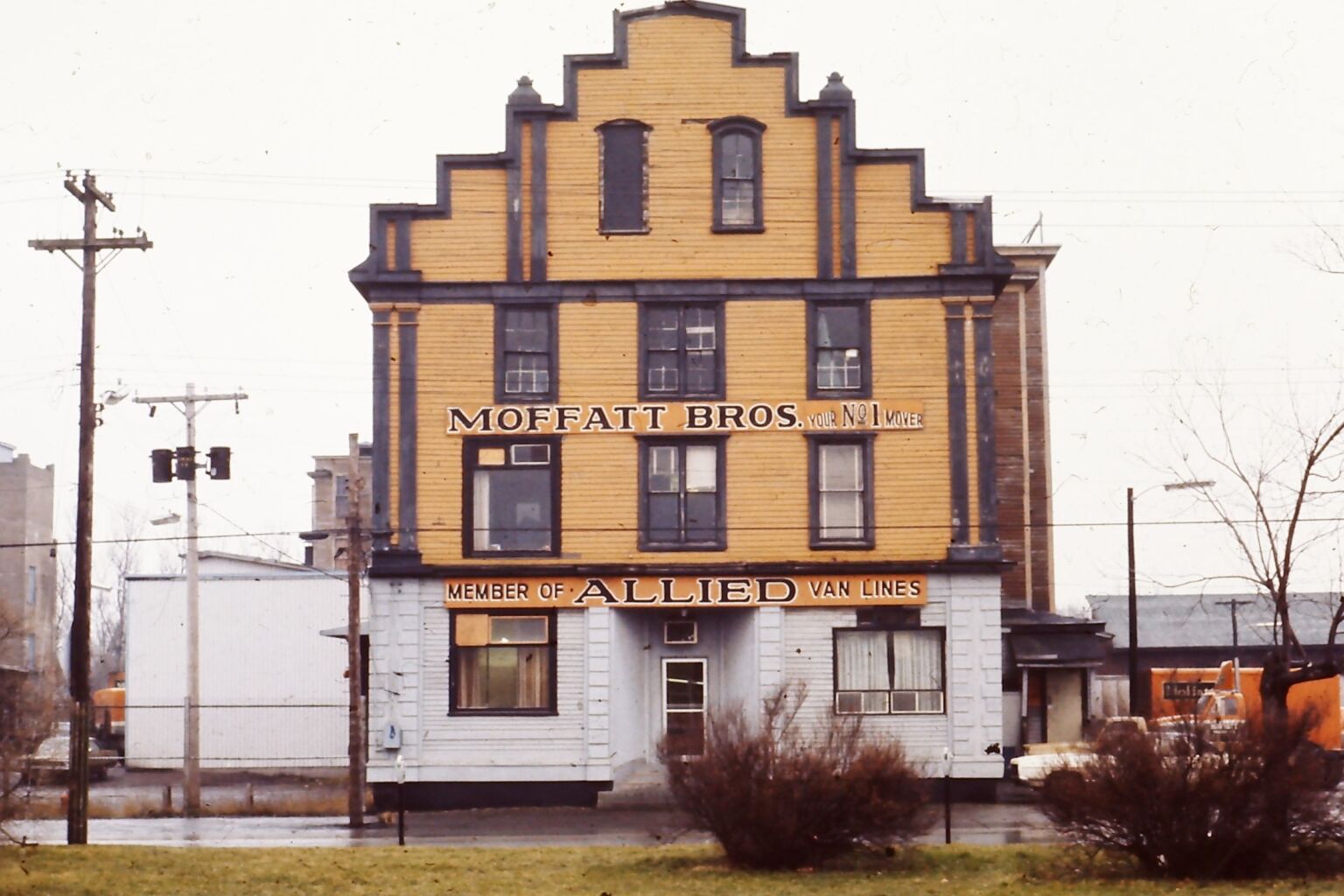 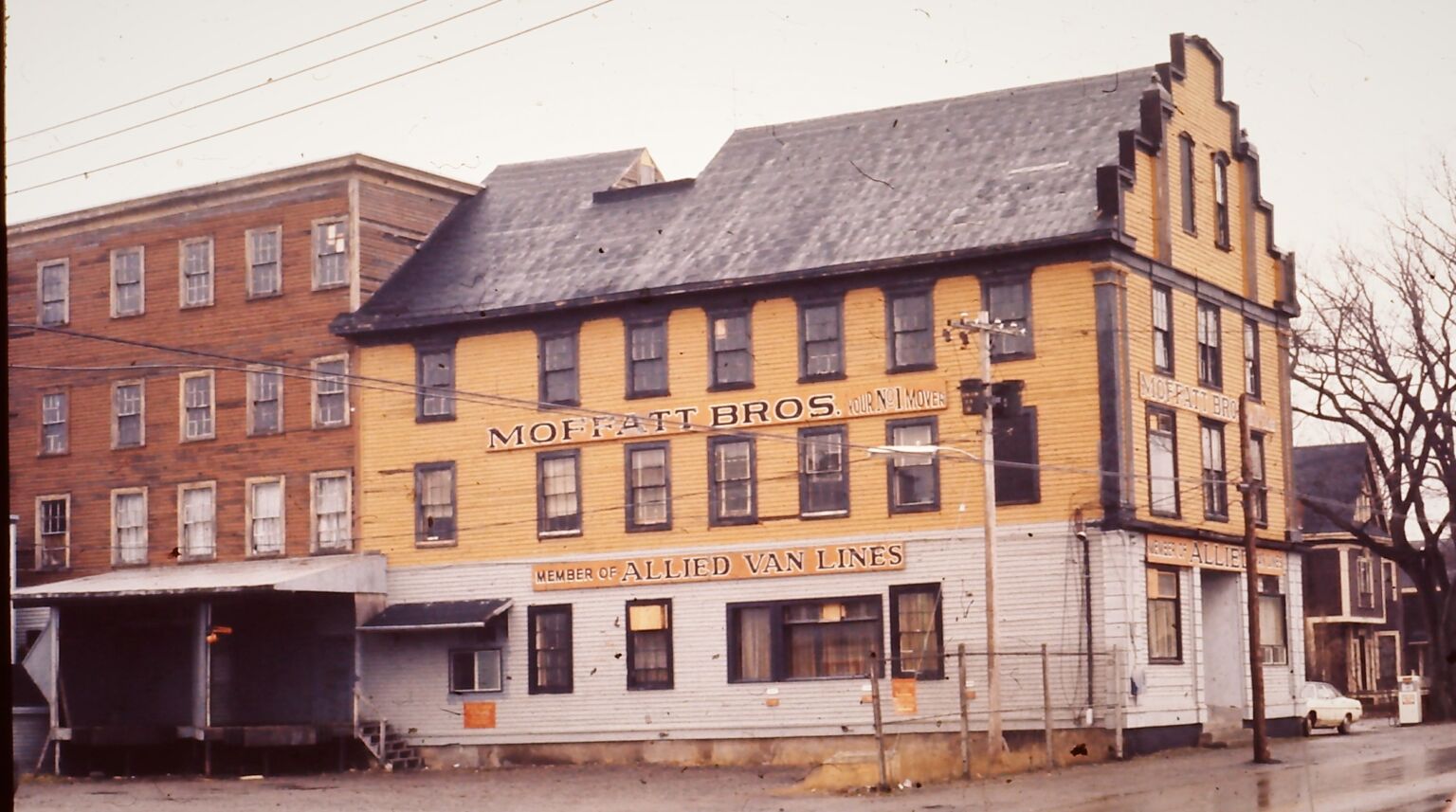 These beauties fronted on Lower Water Street in Halifax, more or less on the entrance plaza to NS Power and the Discovery Centre. I believe they were part of the service centre for the tram system. They have what has been called a crow-stepped gable. Can you hear those pesky corvids hopping from step to step, calling out their stories? 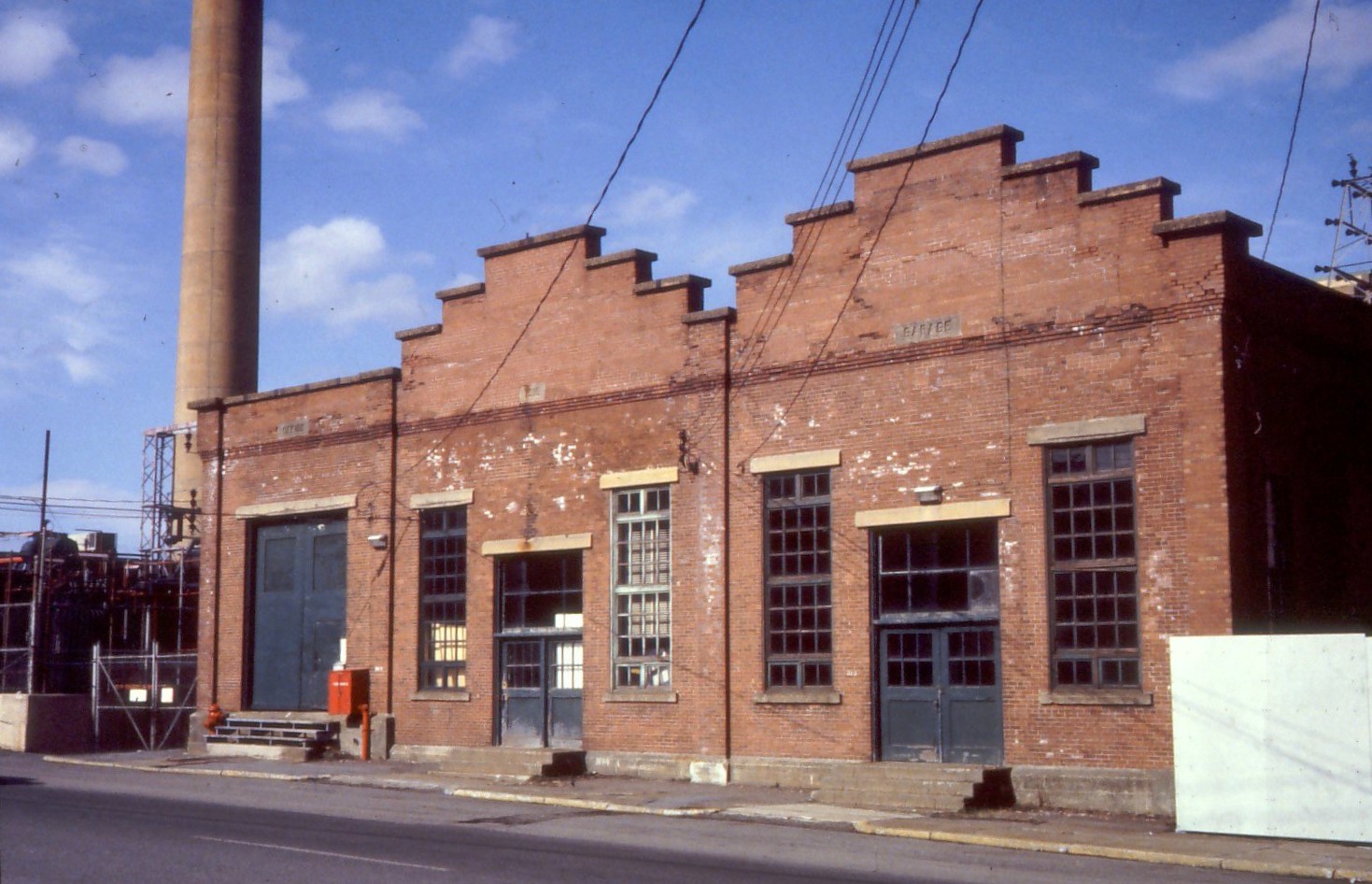 I took this photo in the mid 1970s but don’t remember the building. It was in the super block that was cleared for the original convention centre, and the Metro Centre. I believe it was on the east side of Market Street and was probably owned by the Moirs chocolate folks at the time. Dainty steps in the gable, and once sun filled windows. The coffee shop of our hipster dreams. 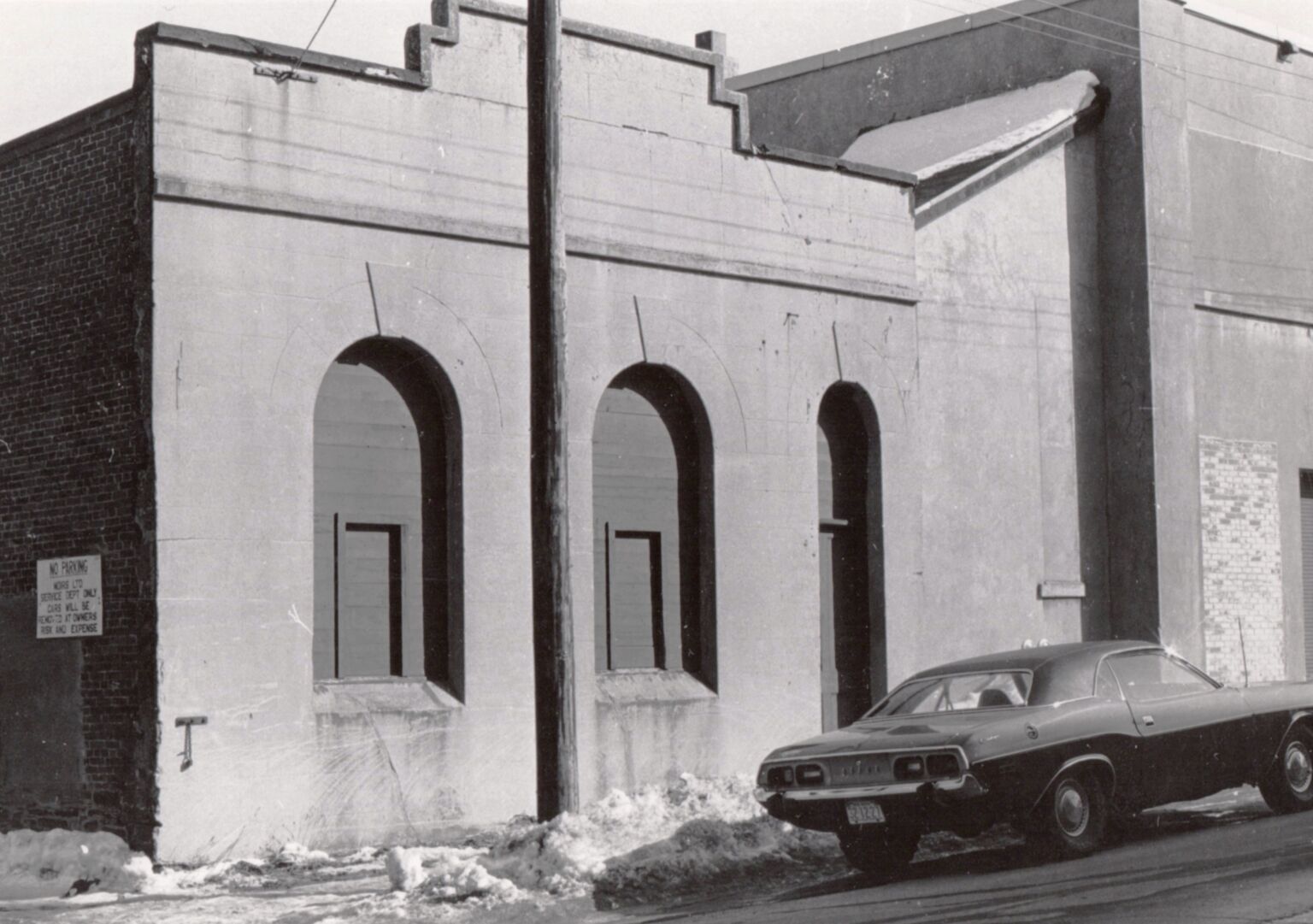 On “Main Street”, commercial buildings often sat on narrow lots, so  presenting their gable end to the street allowed them to keep building back as much as required, or space allowed. River John in the 1970s shows that practice. If merchants had added stepped gables to their establishments, this scene would have looked just a little like Amsterdam. 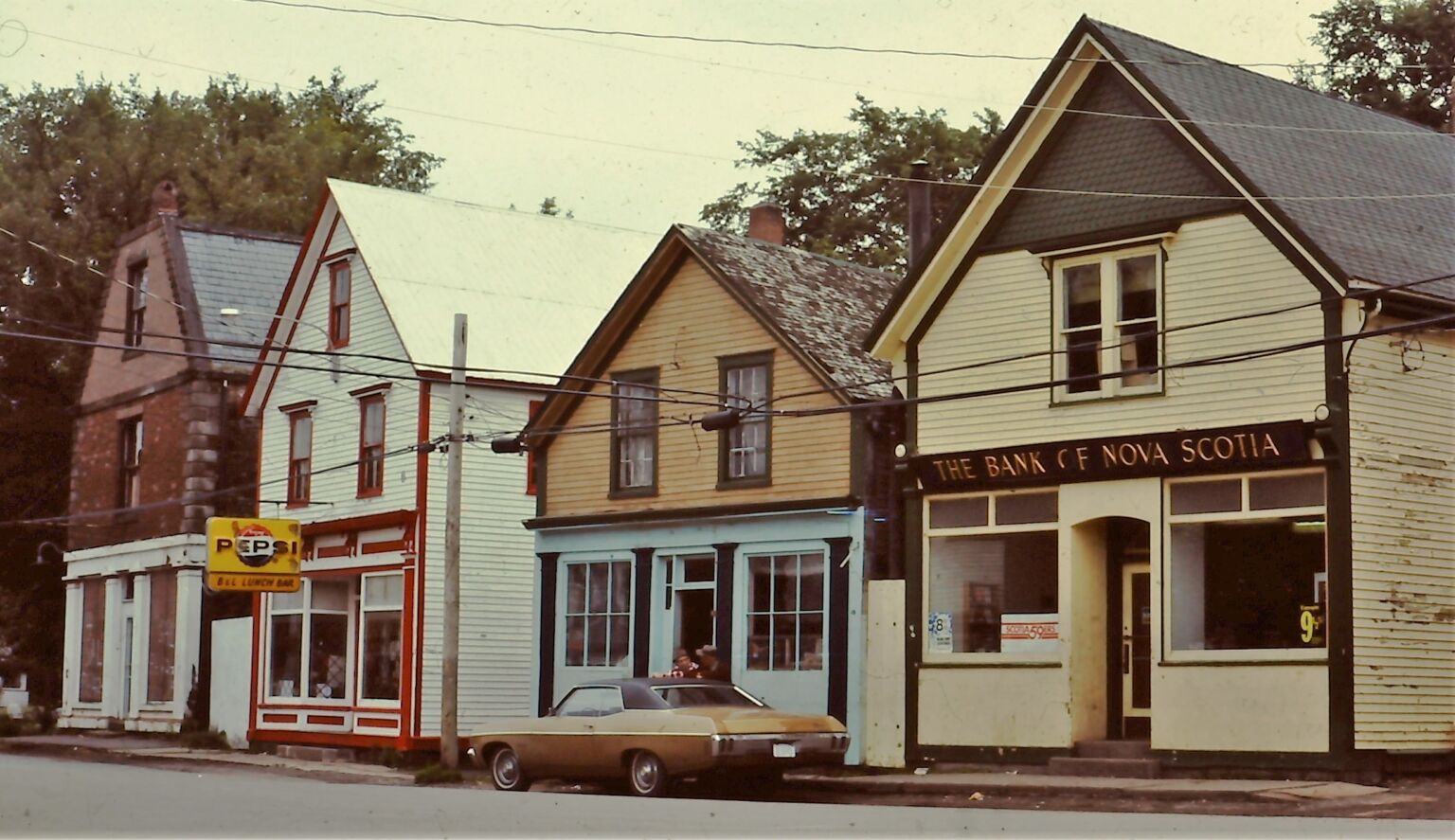 With that in mind, I offer the tram garages on Lower Water Street compared to a Vermeer painting of a street scene c1658. Not exactly the same, but you get the idea. 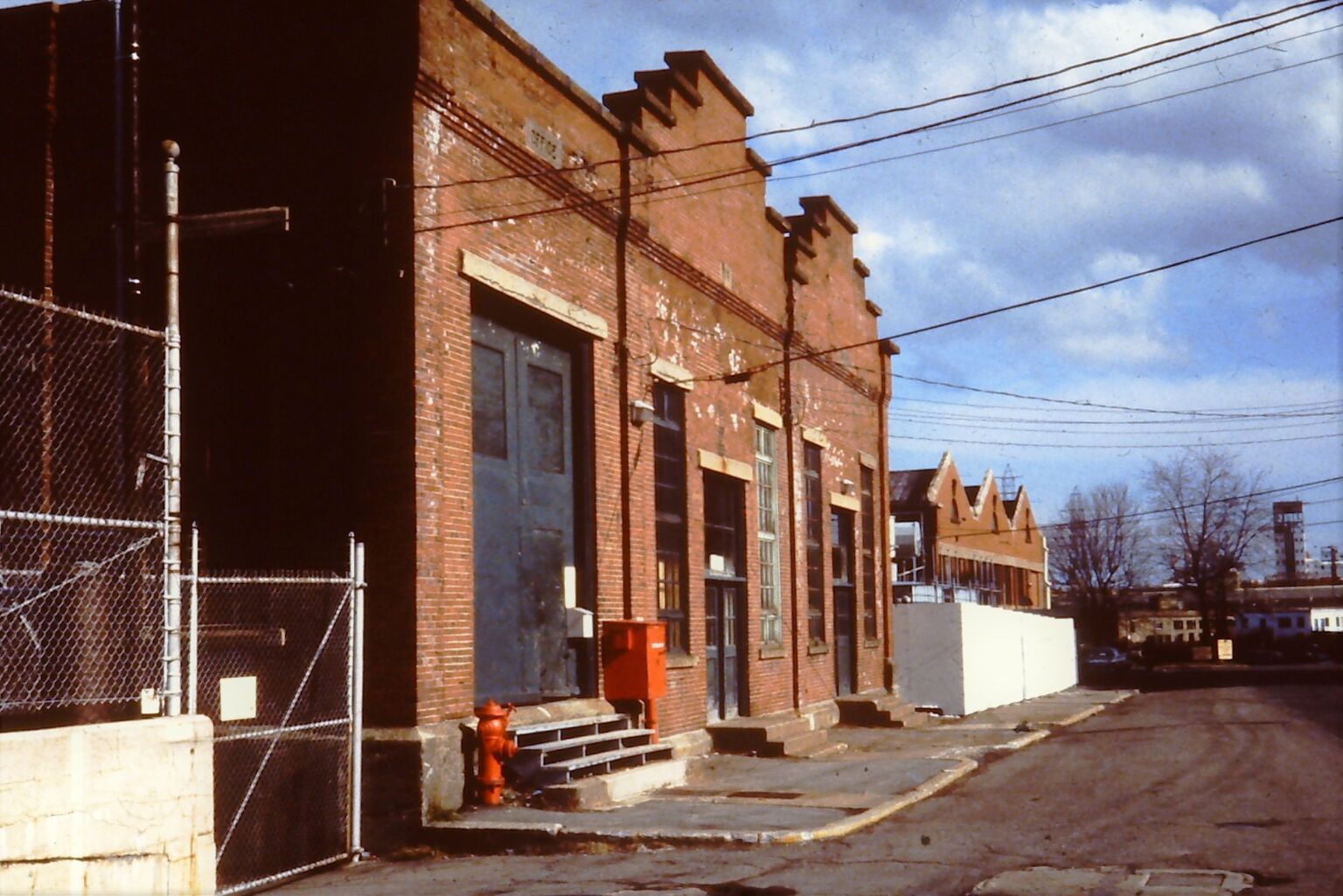 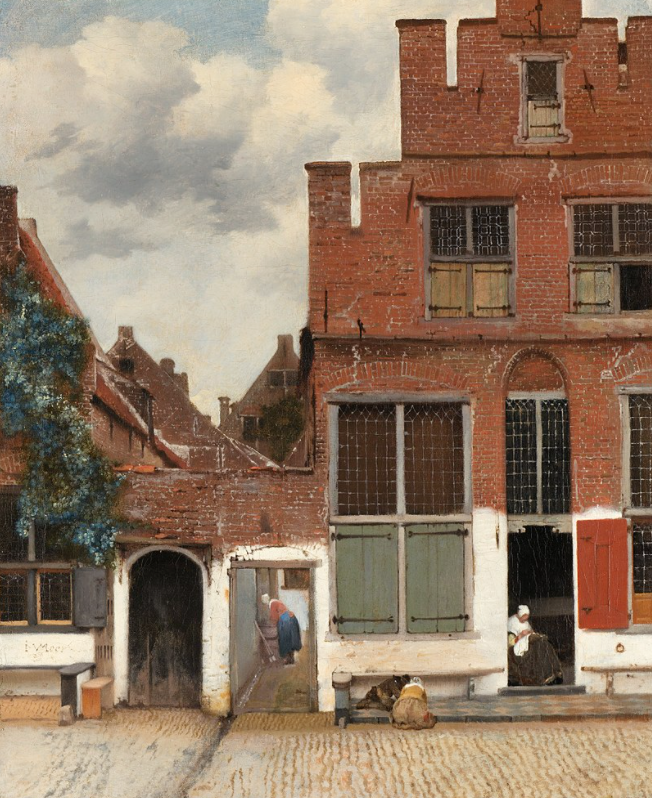