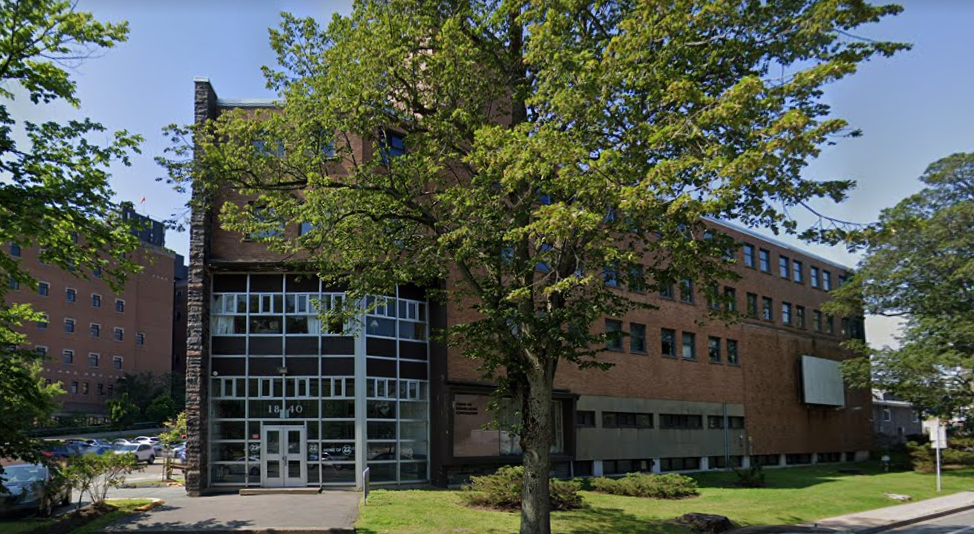 Soon the old CBC building, at the corner of Summer Street and Bell Road, will be demolished to make way for the hospital expansion. I’ve never found the building particularly interesting, but I do like how its stub-nosed entrance echoes the curve of Bell Road. 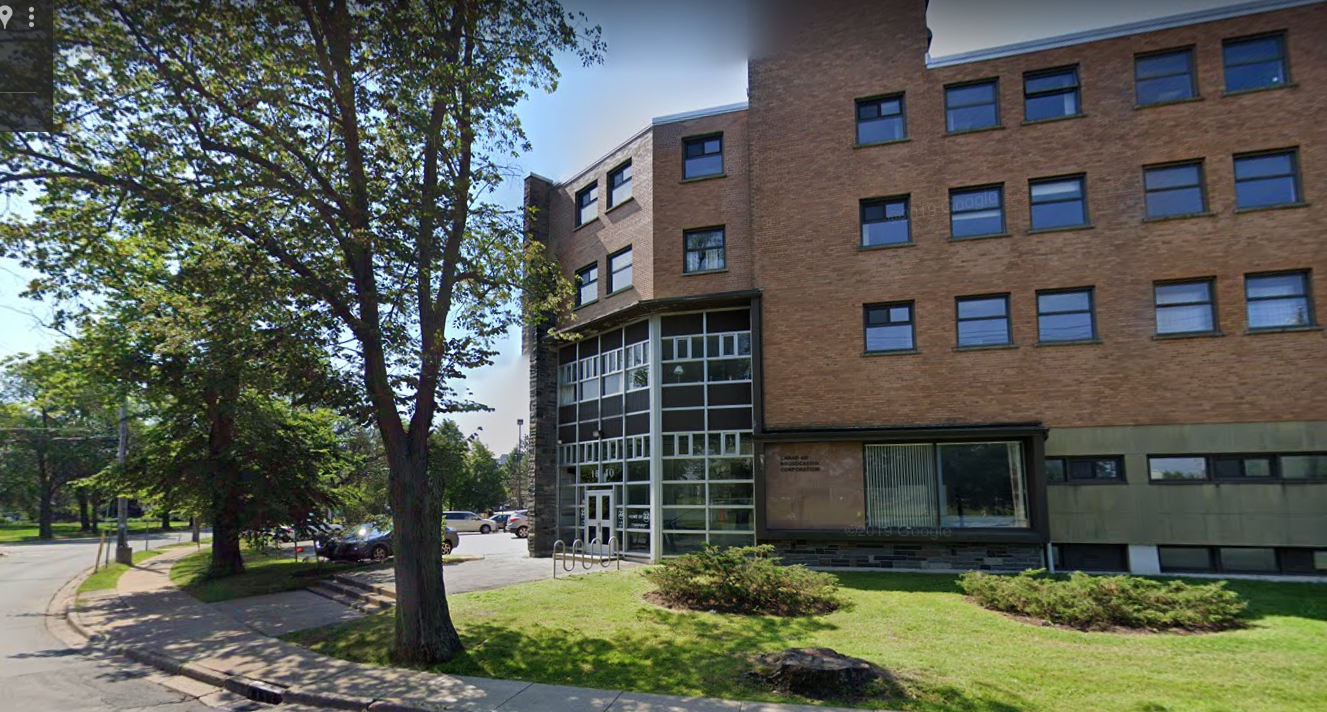 When the building opened in 1956, television was still new in the region, and the facility ushered in a golden age of local production (remember Don Messer and Singalong Jubilee). Photo: Google Streetview

This got me thinking about some other buildings in Halifax with unconventional shapes, so they can fit into street corners that are not 90 degrees.

Our favourite example is the much loved Bollard House, passed by thousands of people every day on their way downtown. The house was build c1840 on a lot that was wedge-shaped, because the north end of Queen Street had been shifted to give more room to Artillery Park. Actually, the house started out with a symmetrical, traditional form, basically the three window bays to the right of the utility pole in the photo below. 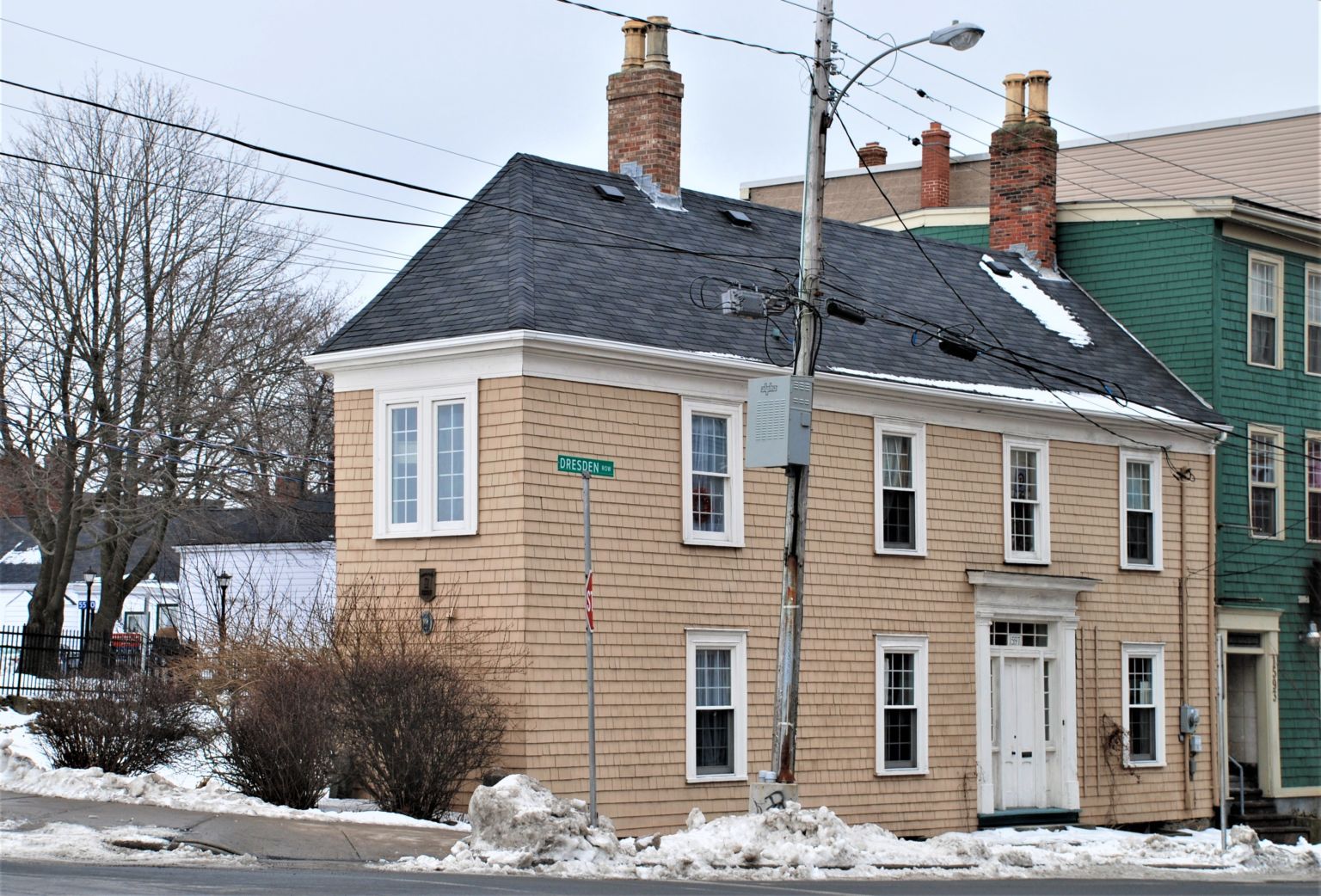 Around 1865 the asymmetrical end was added. In the 1980s a friend rented the apartment that occupied that addition and we had many tasty meals in this compact and charming space. 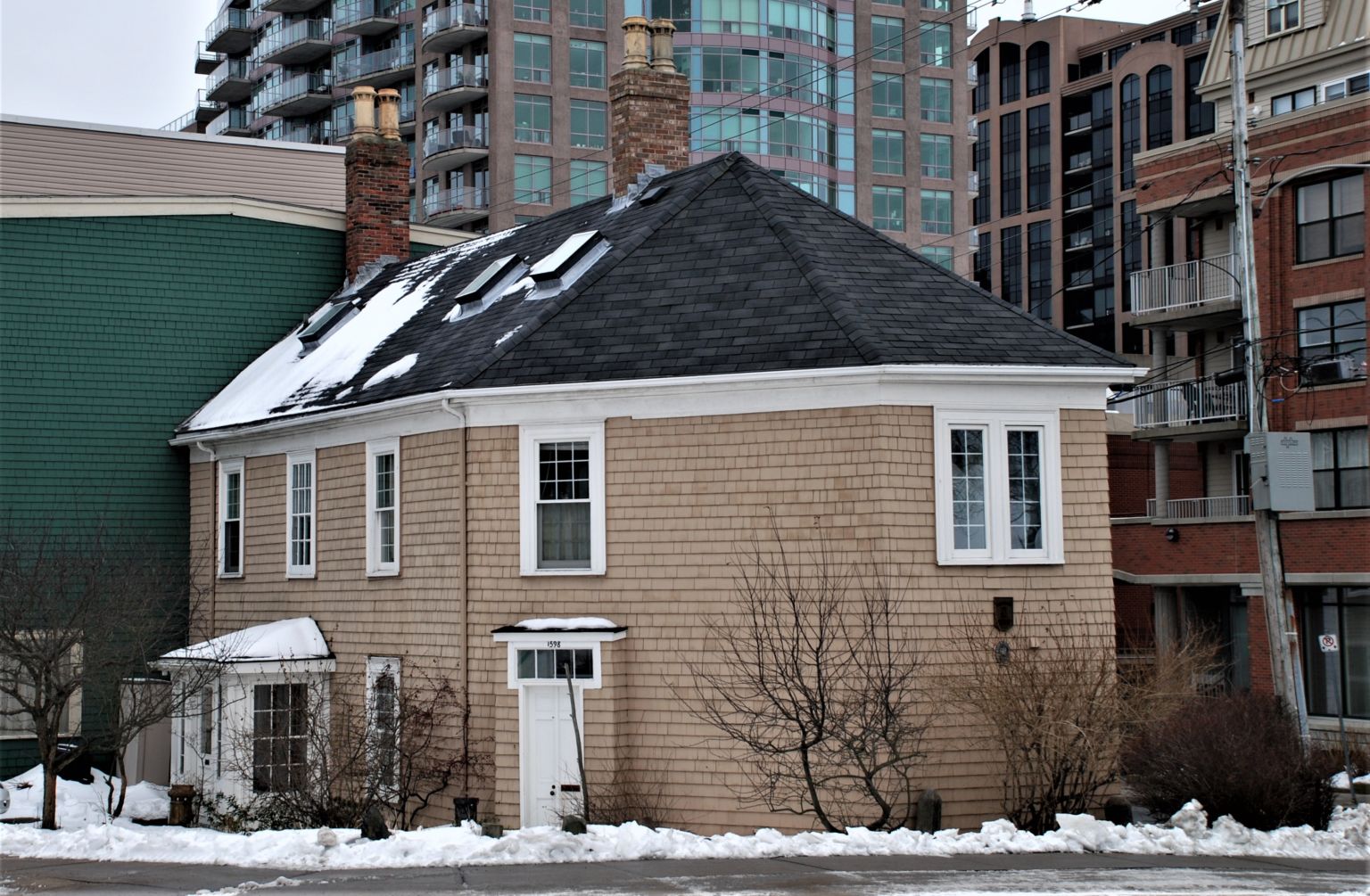 In my memory, the house was decrepit-looking well into the 1970s. After that it had several owners who, with energy and ingenuity, made the house into a showpiece. The photo below is the Bollard House in 1967 when, I believe, it was still occupied by an ancient Bollard. 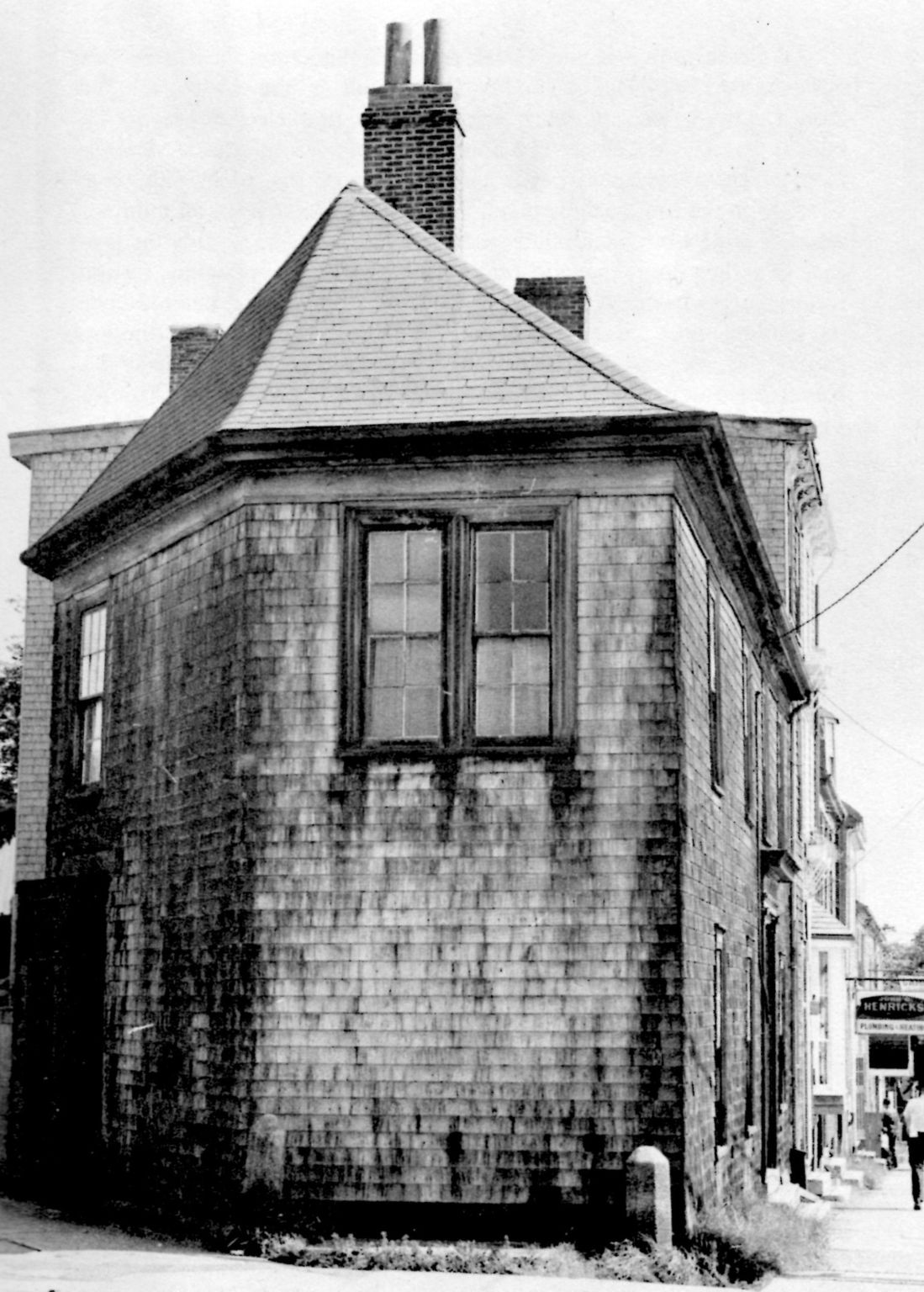 Photo from Founded Upon a Rock, the 1967 Heritage Trust publication that started me looking at old buildings.

Here it is much improved in 2010. Look at those replaced chimney pots; not often do the good ones return. 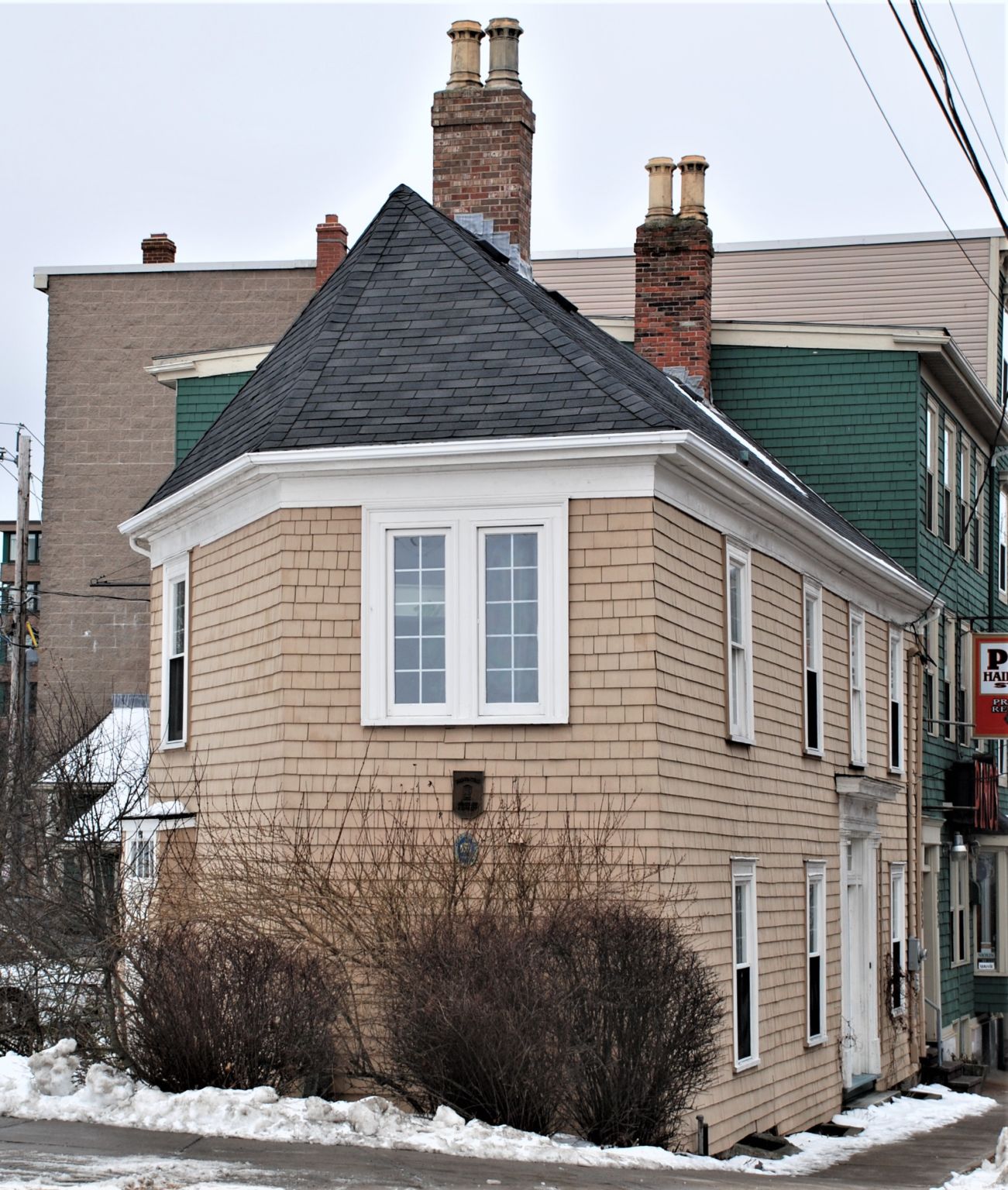 If only my family had a reason to go to the waterfront in the 1950s, I would have seen the Pentagon Building. It occupied an irregular five-sided space where Upper Water and Granville Streets met. Hard to believe it was in Halifax. A huge fire leveled this district in 1859 and the Pentagon Building was constructed about 1860, along with the buildings that still line the Granville Street Mall. 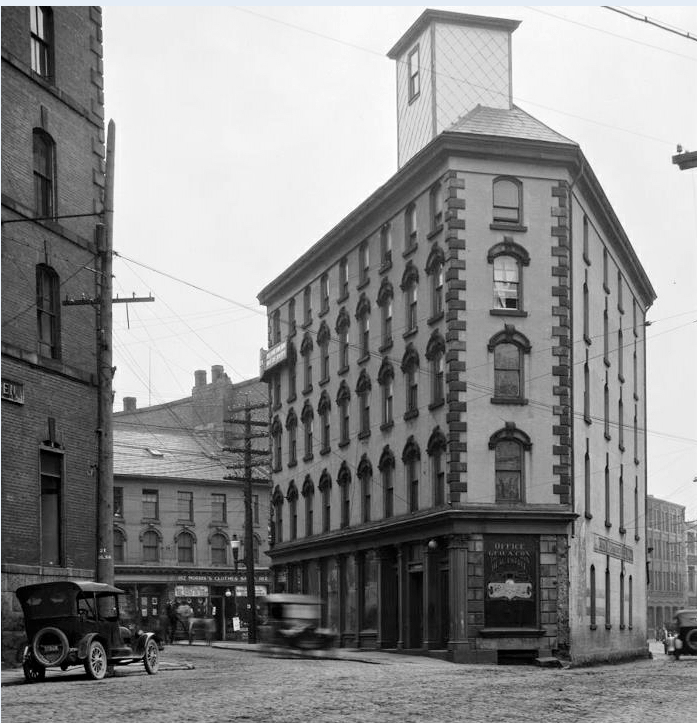 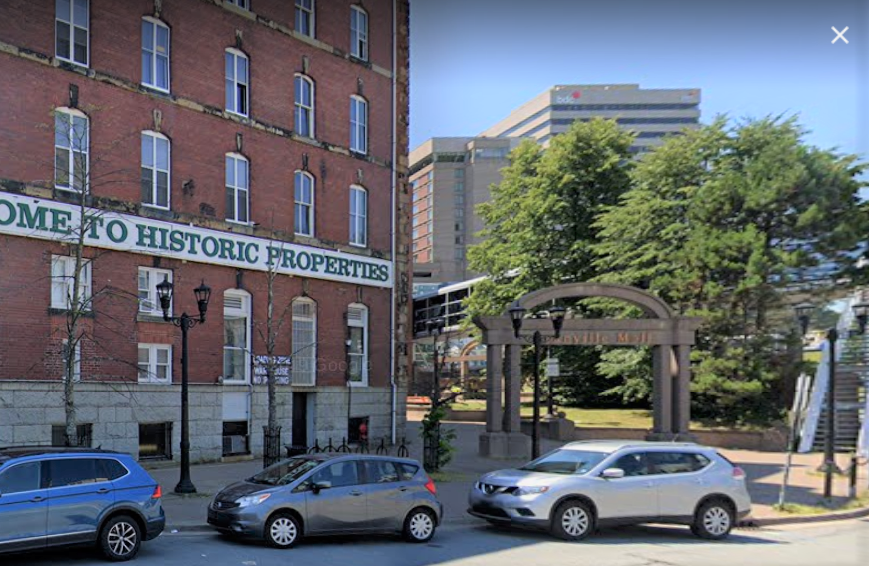 If you want to see more pictures of the Pentagon Building and learn the actual story, read this Historic Nova Scotia post. While you are at it, explore their big collection of well-researched and site-specific stories. None of those childish, skewered by a pedway stories you find in so many posts these days.

When we lived on Inglis Street in the 1980s, Peter’s Pizza was just a few doors down and a go to, when left to fend on my own. It fills the apex of the triangle where Victoria Road meets Inglis Street. This sort of perfect little commercial building doesn’t seem to get built anymore. 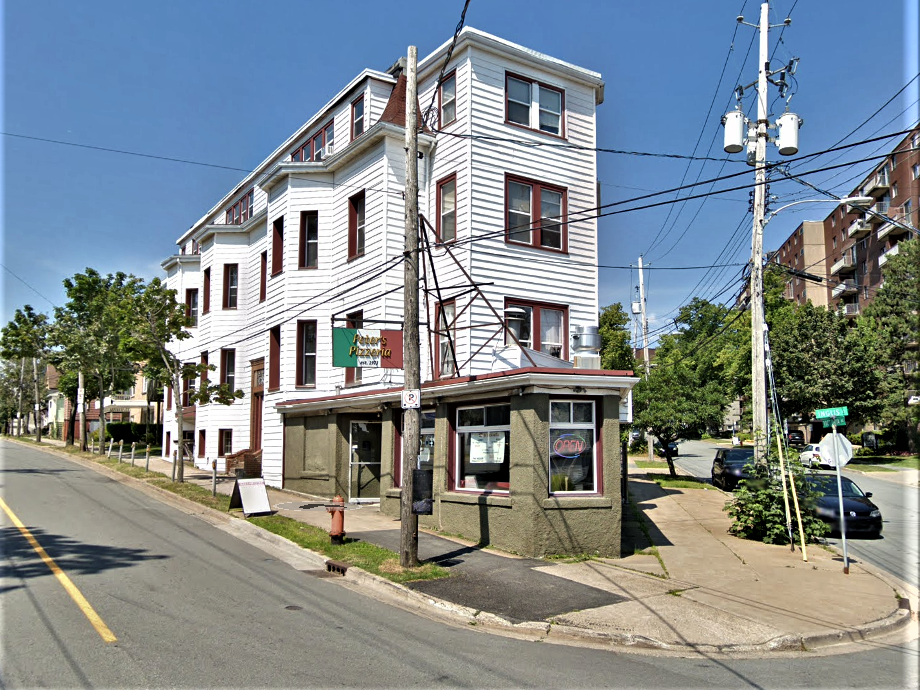 The pizzeria is clad in painted stucco, as the old apartment building it is attached to, once was. In my photo from the 1980s you can see the corner of Peter’s on the right. It was designed to be a visual extension of the basement /ground level of the apartments. Sweet. 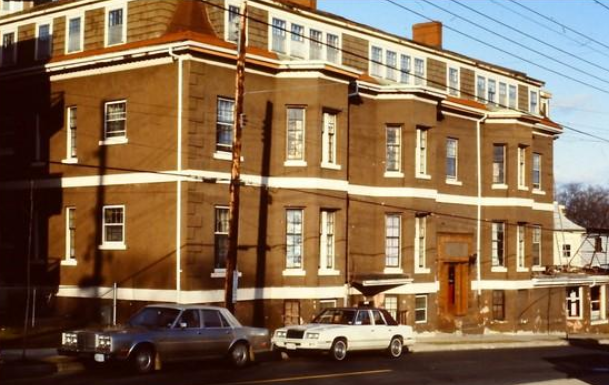 The CBC building is not that much fun to look at, but the other examples are delightful, don’t you think? Sometimes filling the corners is just what we need.

This amazing suite of photos comes from the Municipal Archives. In 1958, when the CBC building was just two years old, a temporary reviewing stand was constructed on its front steps so Princess Margaret could watch the Natal Day Parade. Here THE princess meets the queen of Halifax County 1958. 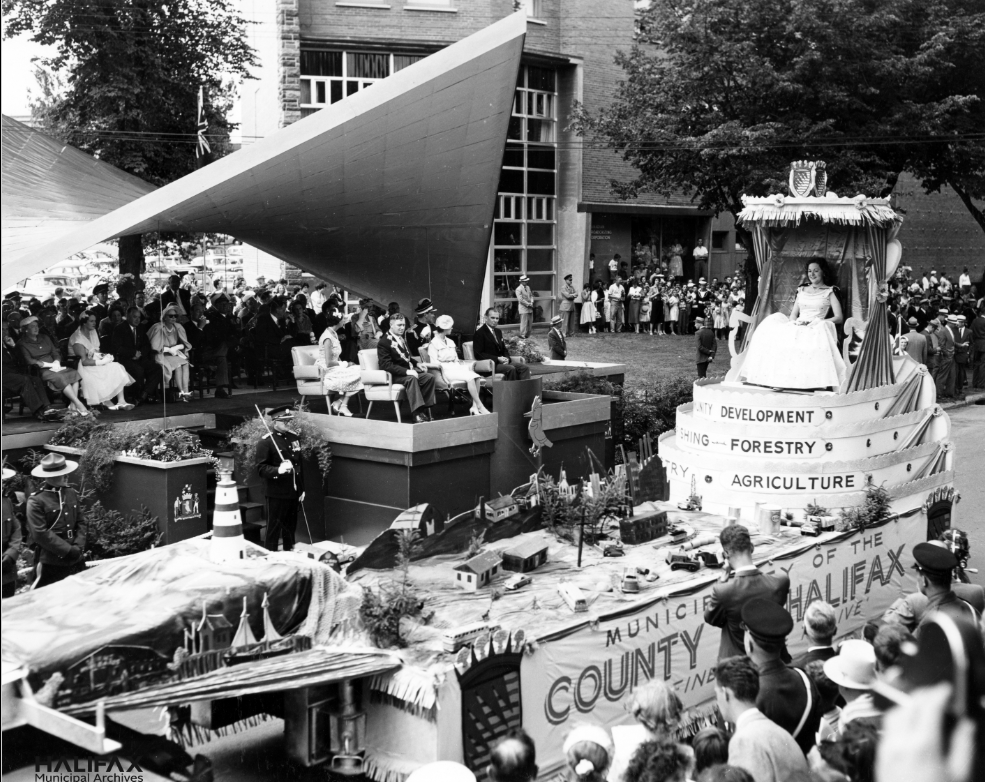 The real star is an improbable, temporary structure that floats over the dignitaries. Where did that come from? Here it is under construction. 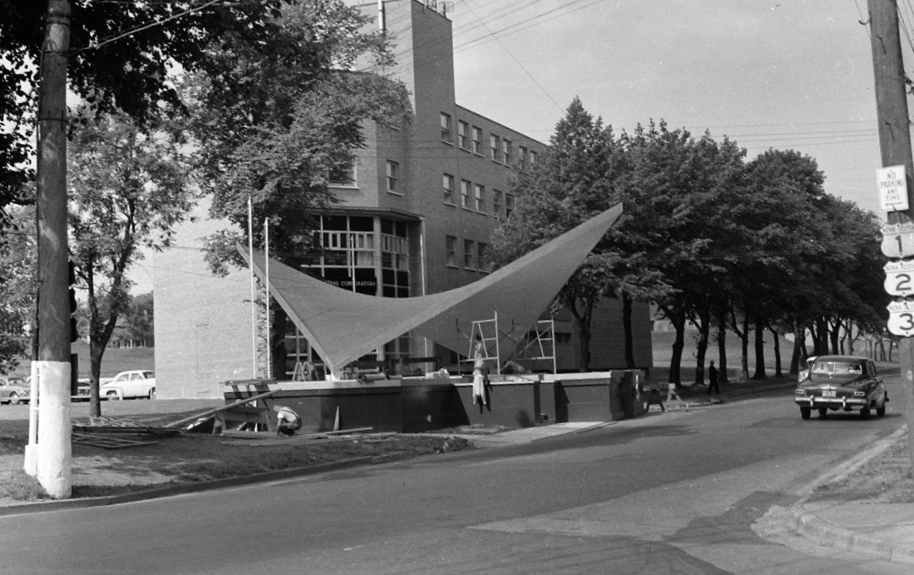 In my overactive imagination this photo shows Mayor Charles Vaughan mooning the passing mounties, while Lieutenant Governor, Major-General Plow whispers to HRH, “hold on tight, this is how it rolls in the colonies.” Also sorry we lost the goofy kingfisher as a symbol. 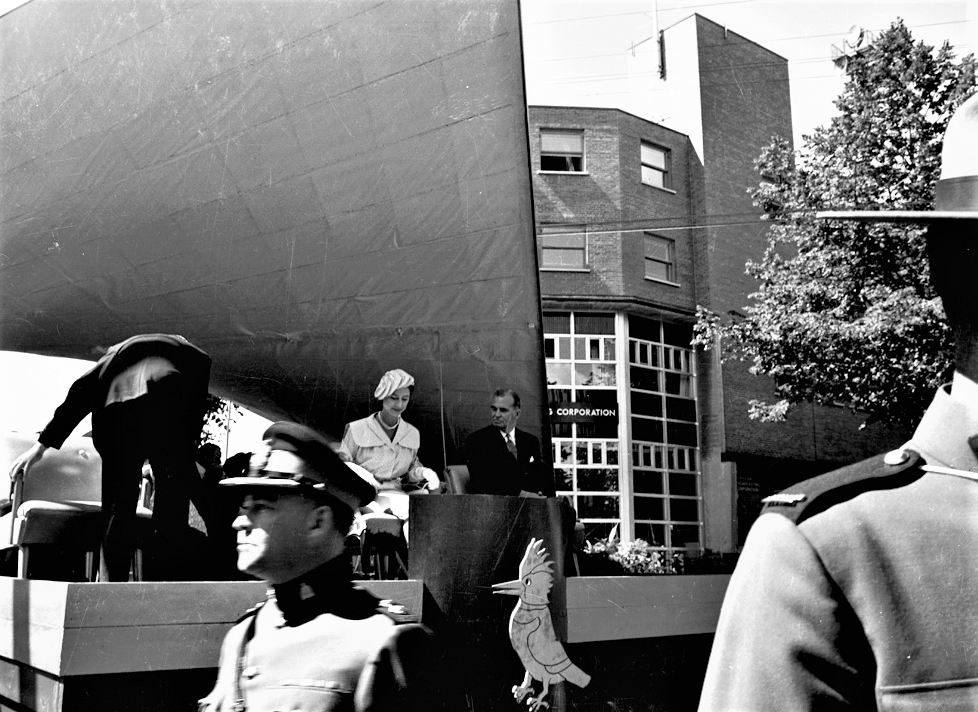