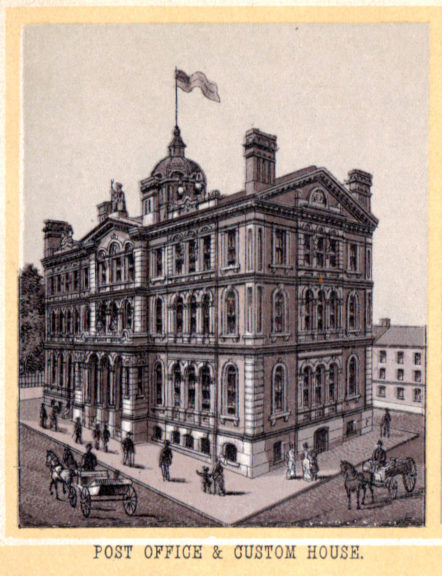 Last month, Elizabeth Cushing tweeted astonishing “then and now” pictures of St. Mary’s Girls’ School on Grafton Street. Over the decades the building had lost decorative dormers and the pointy top of its tower, among other things. This got me thinking about other buildings in Halifax that have had their topknots go astray. 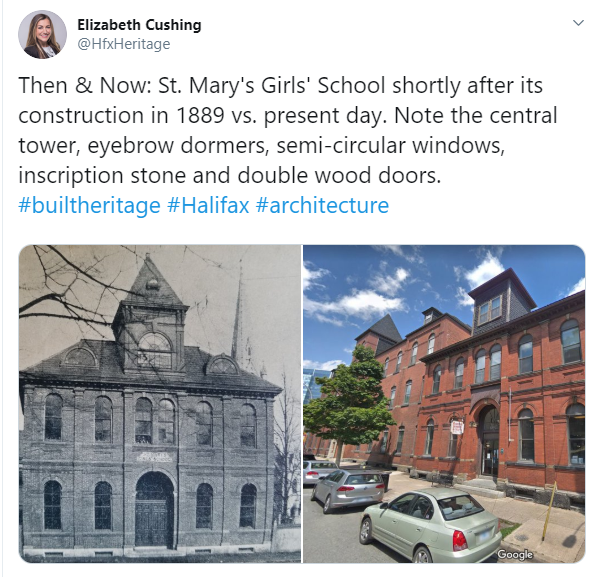 It was a shock to see the original roof of the school. I’m so familiar, and satisfied, with the finely detailed brickwork, and the big arched windows of the lower floors, that the original roof details felt top heavy. 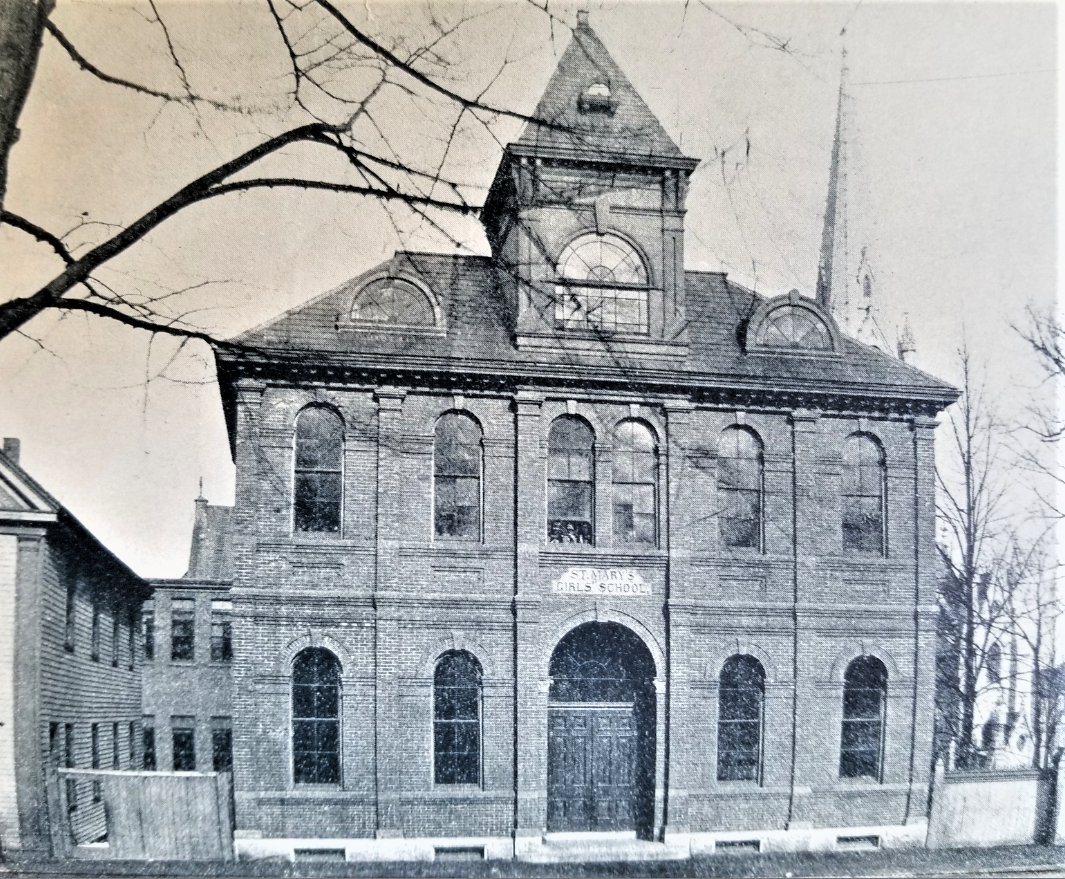 My photo from 1974 shows the boys’ school next door with its intact pyramidal tower roof. The tower stub of the girls’ school, was finished off, quite nicely thank you very much, with a railing (now gone). 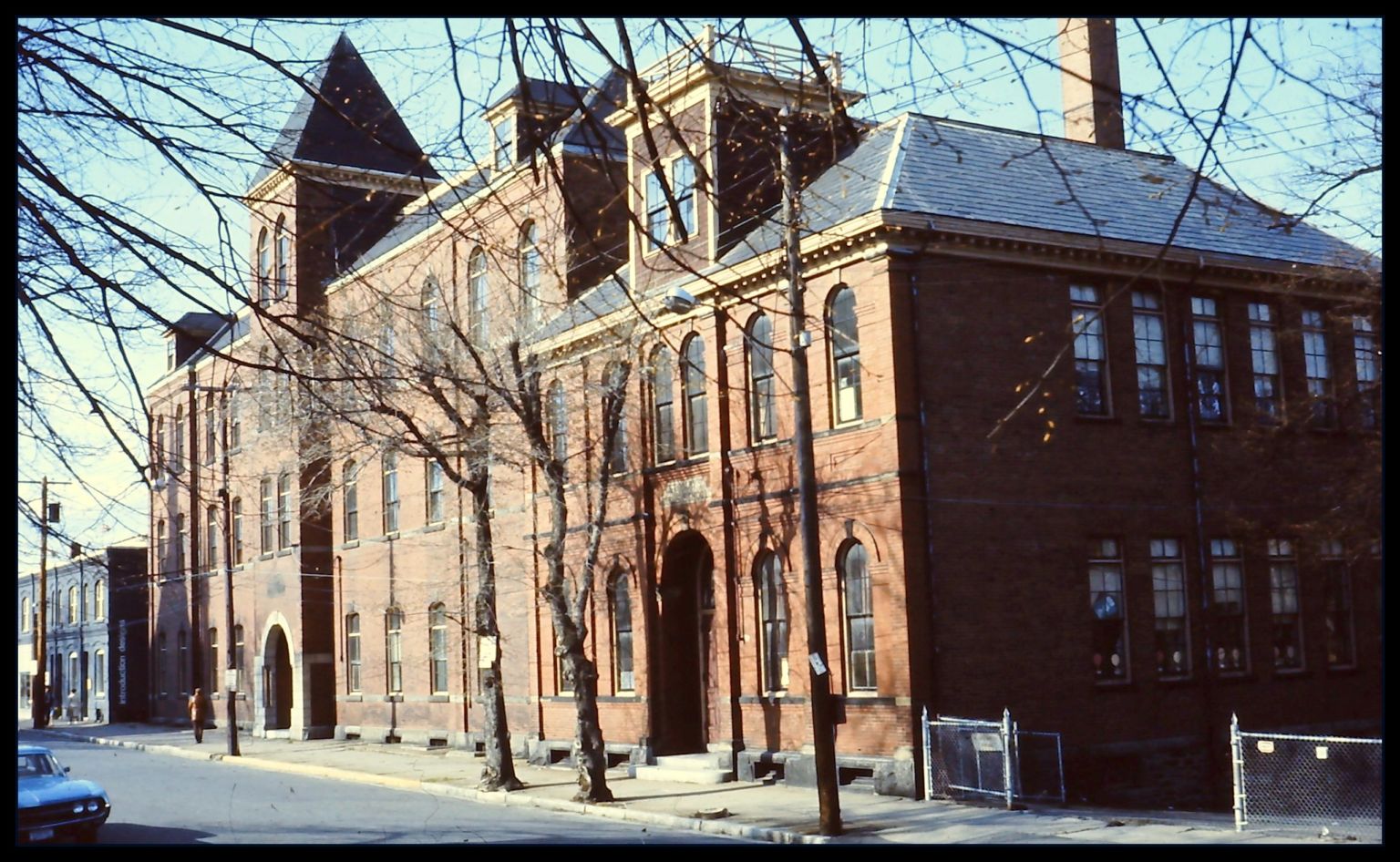 Just across Spring Garden Road is the Court House, looking ancient in this 1977 photo. 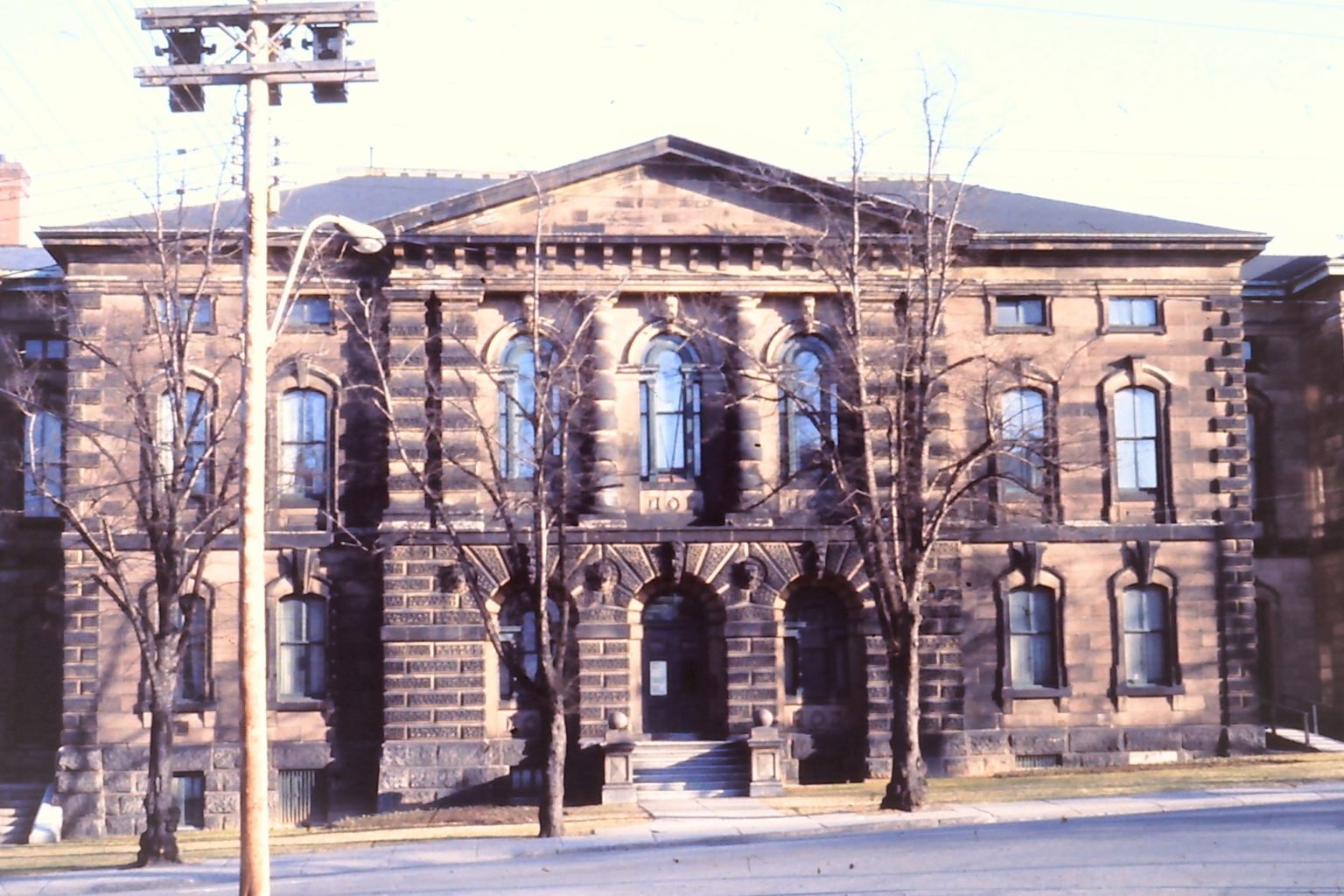 Here it is in 1860, behind folks gathered to commemorate the new Crimean War memorial in St. Paul’s Cemetery. And what about that little, amazing temple on the roof of the Court House? I don’t know what happened to it, but it didn’t stick around too long, nor is it missed. 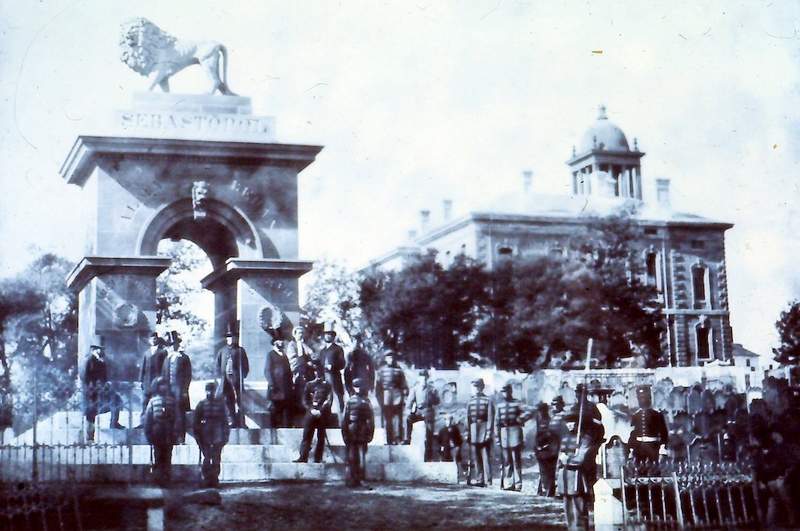 There was an equally grand dome on the Post Office, now the Art Gallery of Nova Scotia. In a time before great artificial lighting, these giant skylights provided illumination to the hearts of big public buildings. 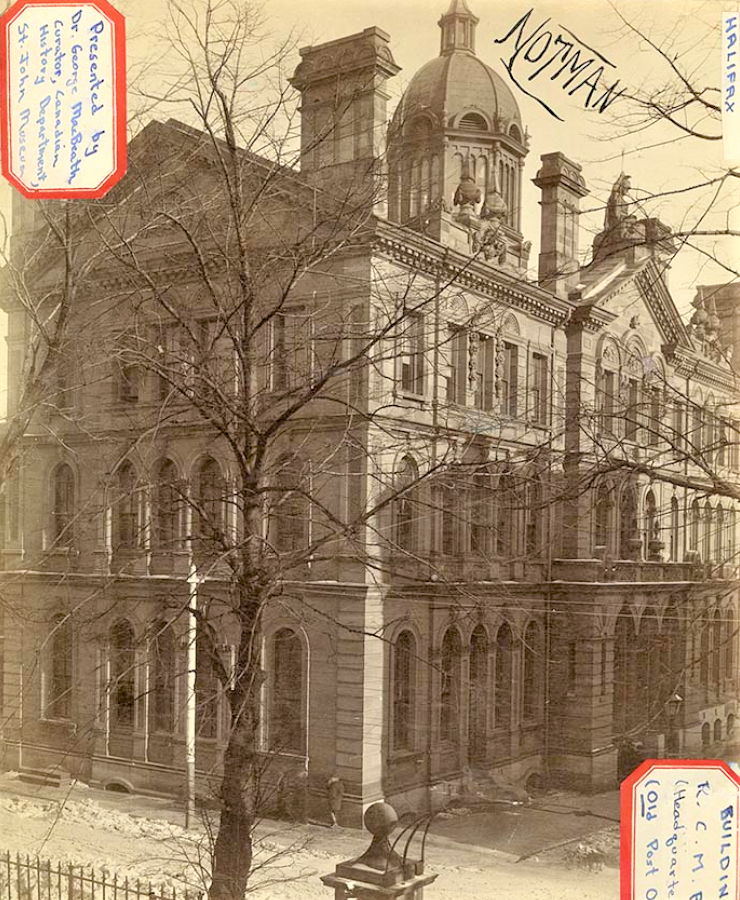 This is another loss I don’t mourn. Britannia and her lion feel like enough of a visual gift on the roof. Here is another photo from the 1970s to show how dismal our sandstone buildings looked at the time. 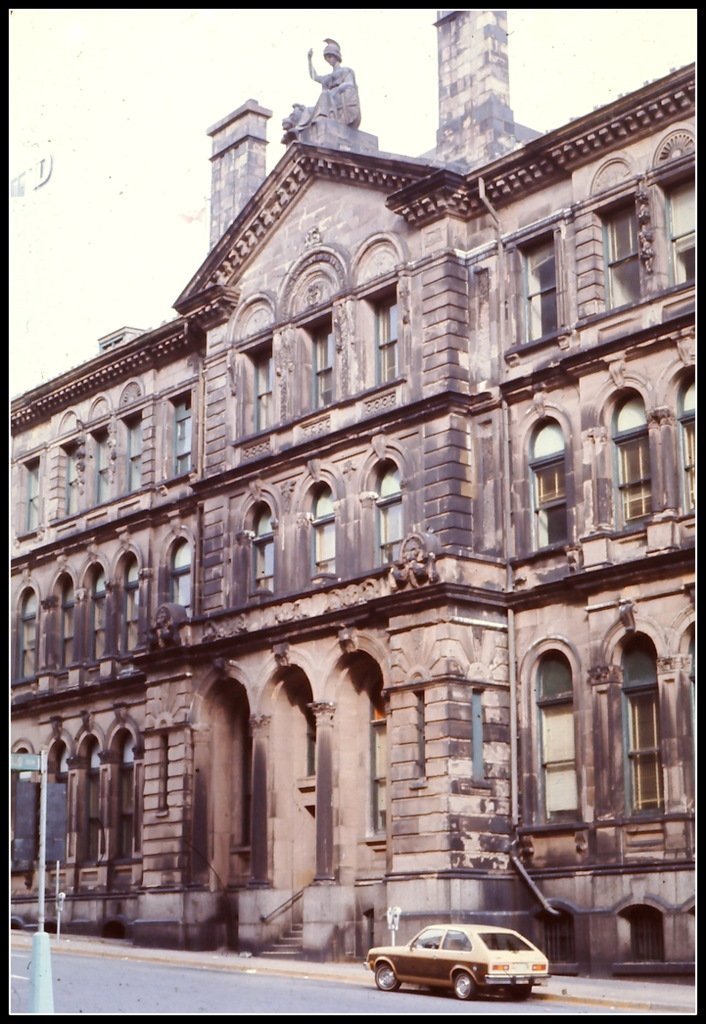 City Hall has kept most of its architectural treasures, but missing are odd mini towers that popped out of the roof at either end of the building. 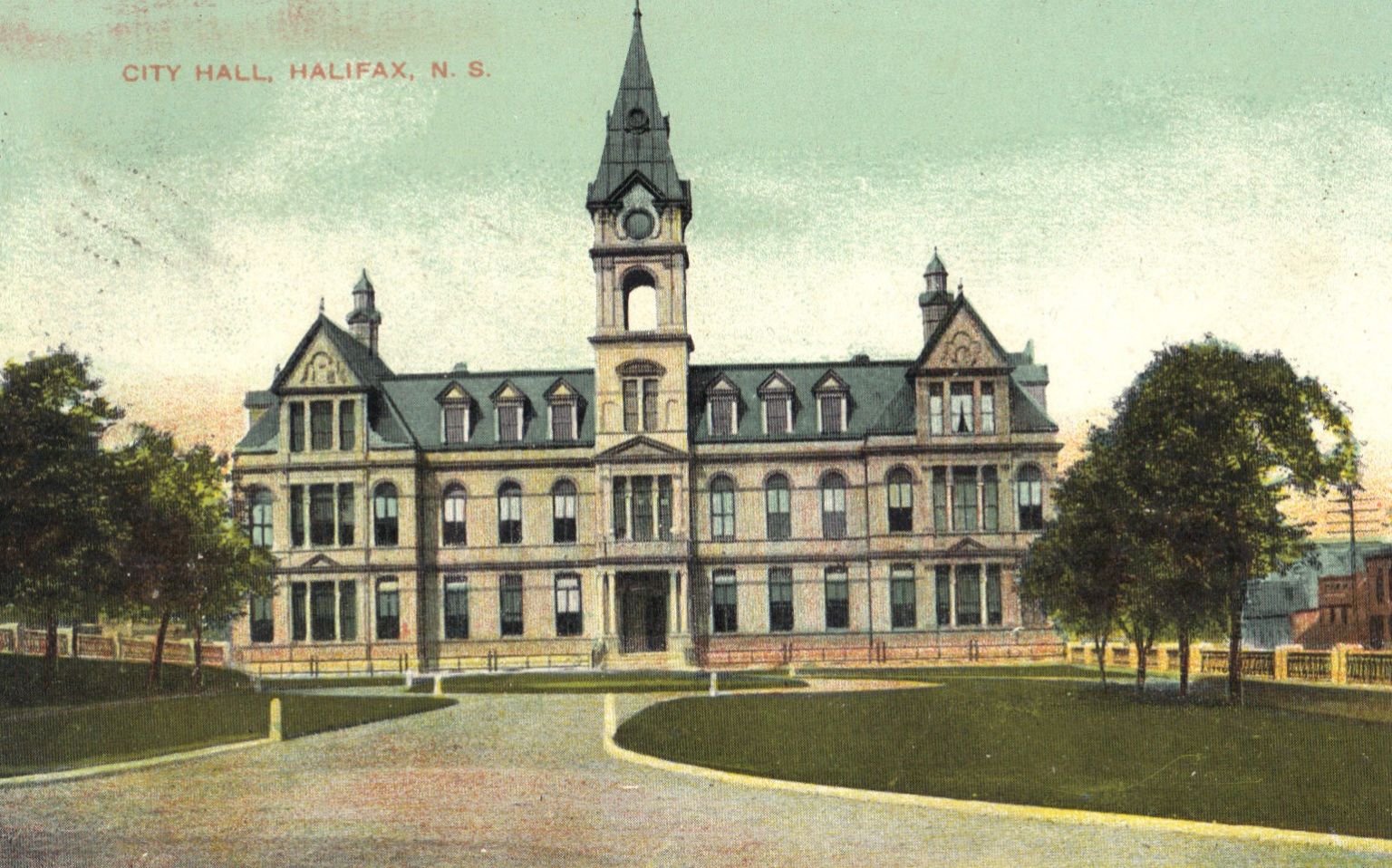 They add to the eerie silhouette of the building in moonlight. And what about that fountain. 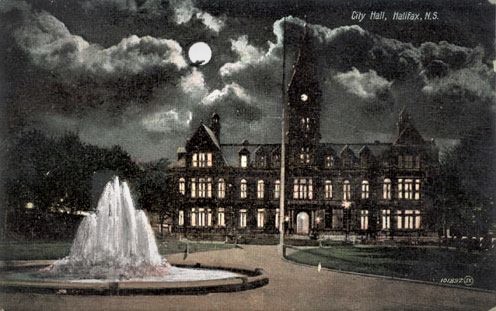 The Academy Building, so prominently located at the base of Citadel Hill, is a favourite of mine. It was a revelation to see how much decorative detail had been lost from its roofline. The crestings and balustrades draw your eye upward, and add complexity to the edge where the building meets the sky. 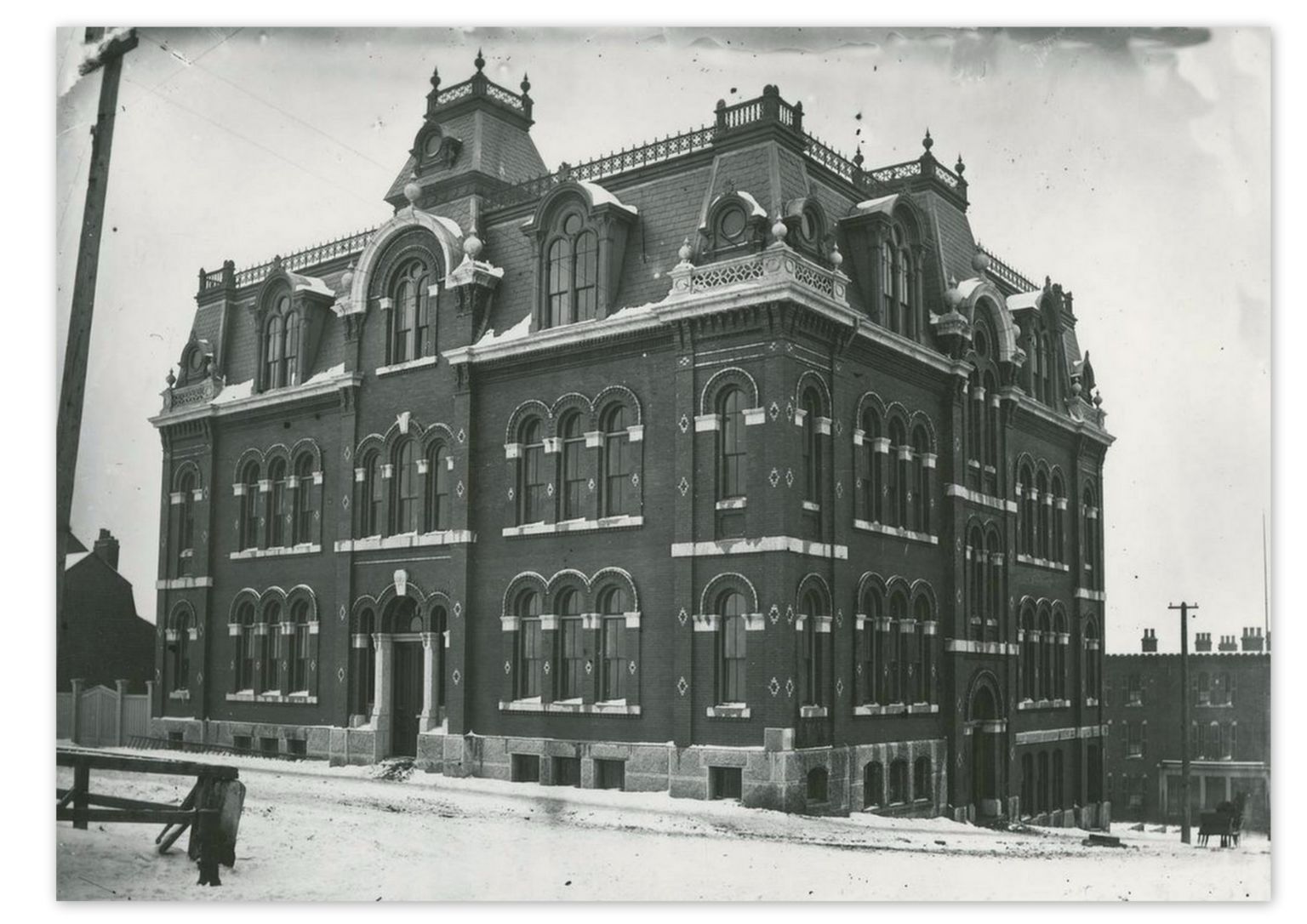 It would be incredibly expensive to reinstate these rich details, but it would create a superb showpiece. And once you realize how the building was originally dressed, doesn’t it look a little naked and embarrassed? 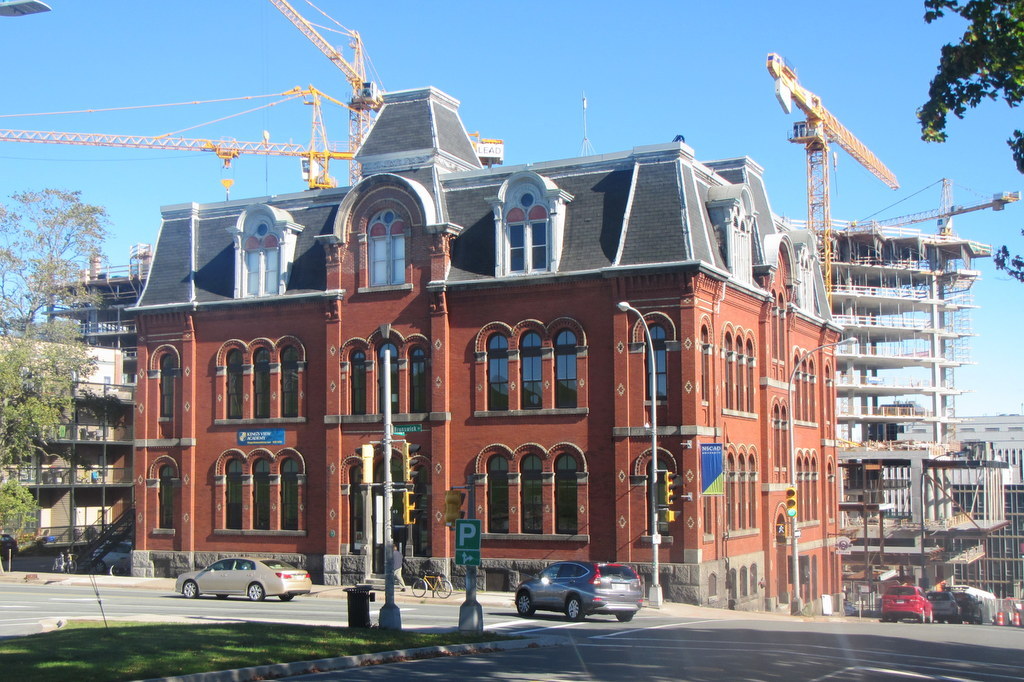 This building on Brunswick Street is an interesting example. Today it feels like a brand new facade that makes use of older features. 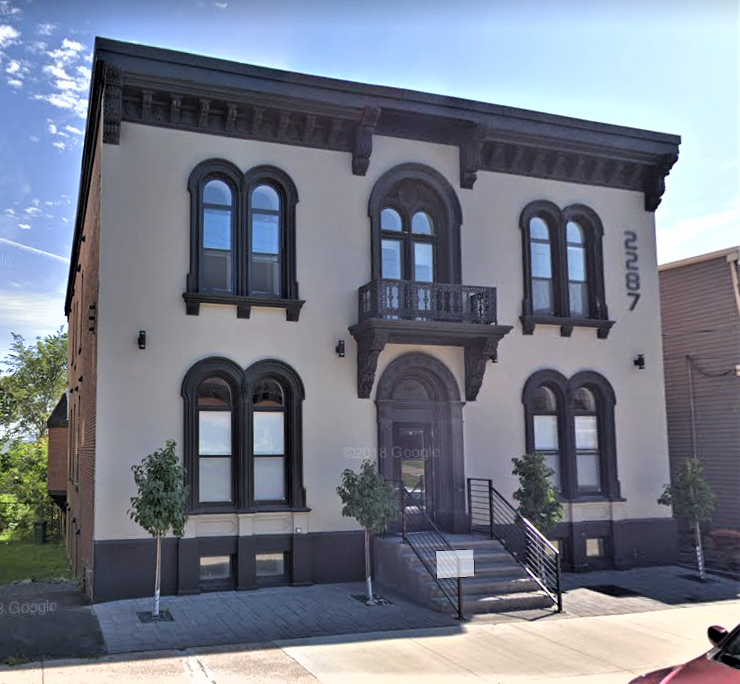 Originally it was this fantasy, with cast iron cresting rails along the roof and a lantern skylight with a fanciful cap. What a lot of delicious carry on, and totally impractical in our environment, unless you could lavish continuous care. But grand all the same. 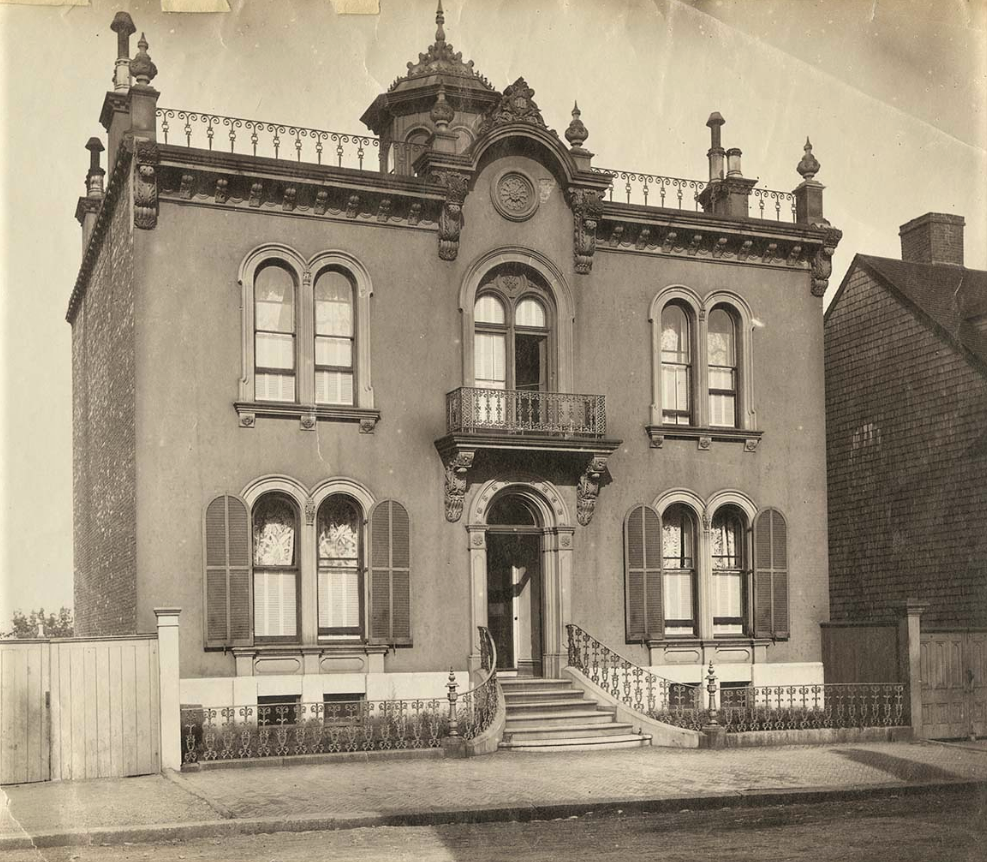 It was only a couple of years ago that I noticed the solid-looking post office in Dartmouth (because Dartmouth). At the time I tweeted a picture and folks asked if I realized there had been a tower. 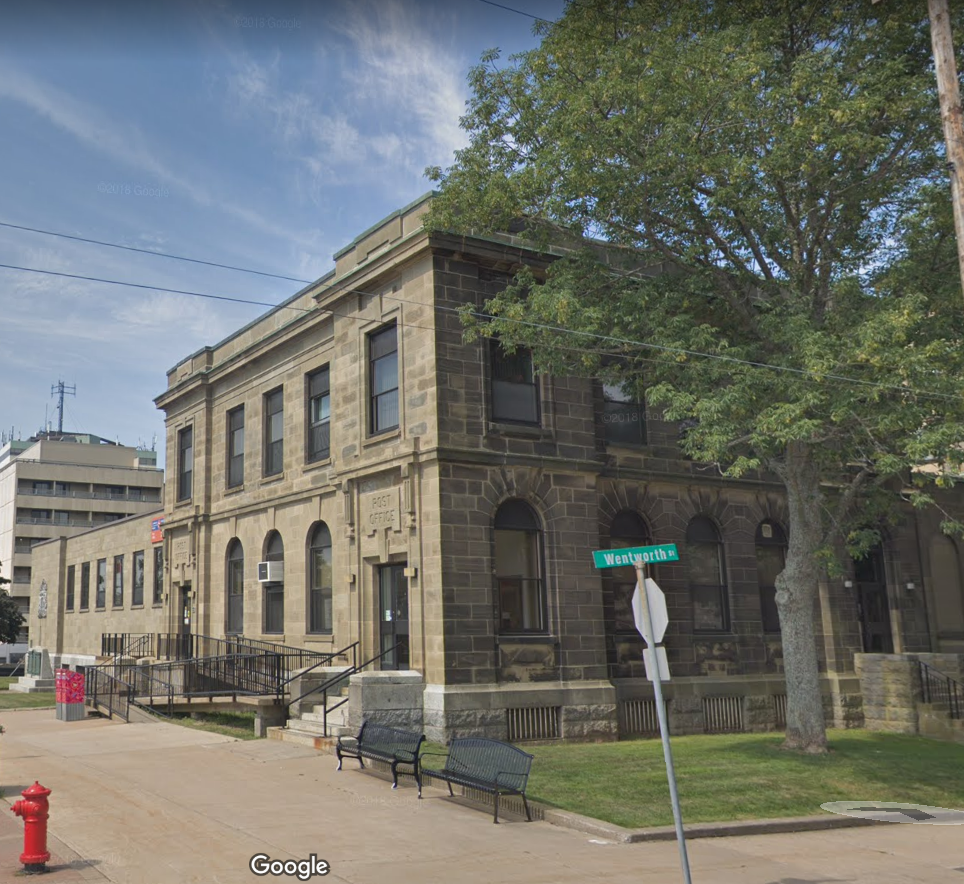 No, I did not know. And what a tower it was. A great job was done to heal the scar from the amputation, but a landmark disappeared. 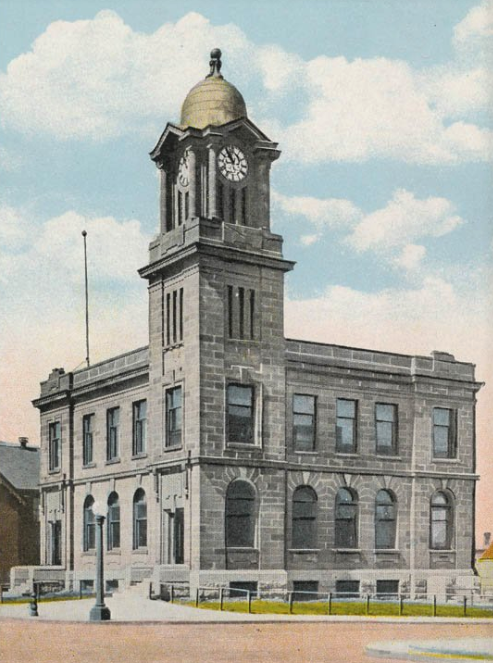 Occasionally an architectural feature that has been lost, can be found. The 1887 Forrest Building was the first Dalhousie University building on the Studley Campus. 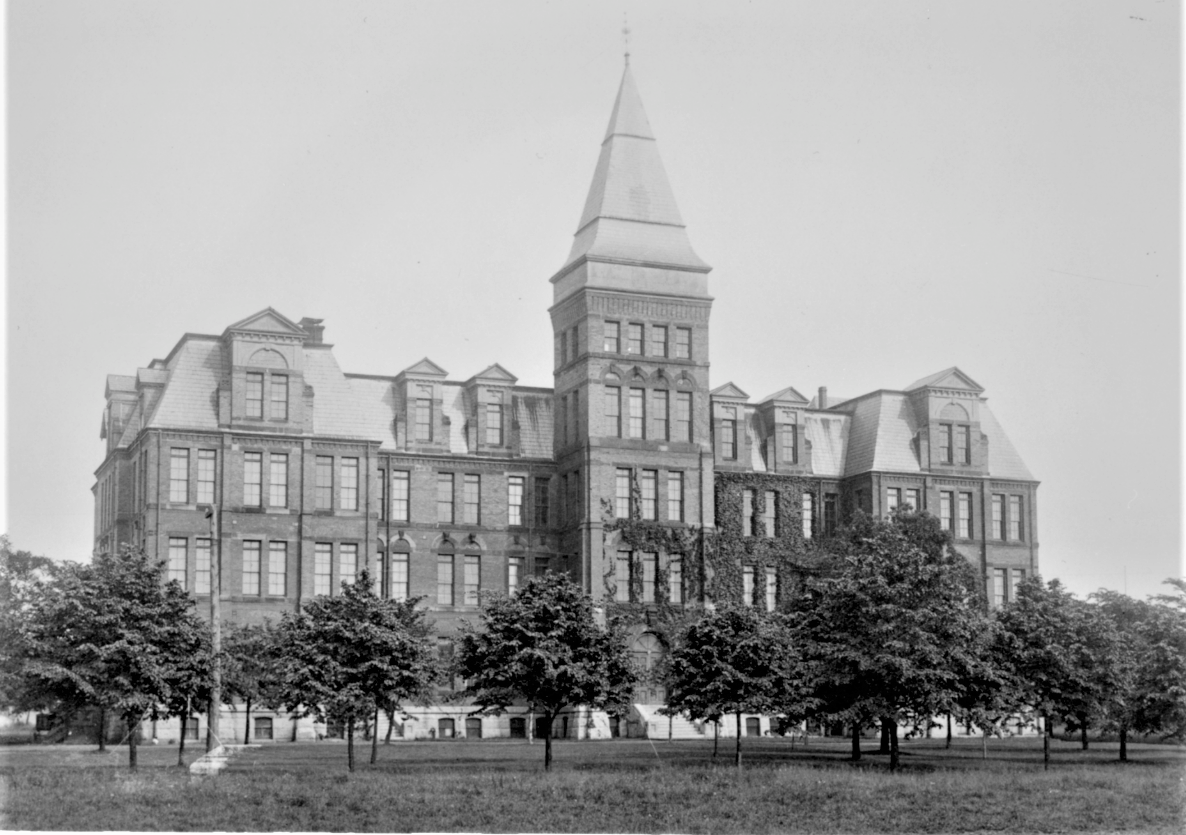 By the 1960s the pyramidal roof had been removed from the central tower, which made the building look unbalanced. The only photo I could find from that time was a c1970 aerial. The Forrest Building is in the upper left corner. 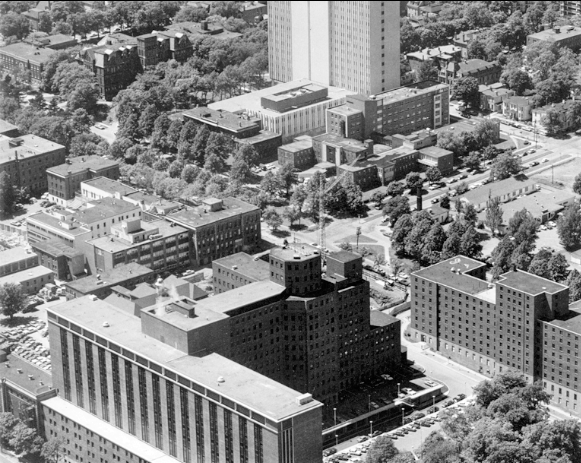 Today the tower roof has been reinstated and lots of effort has gone into restoring the rest of the exterior. A great success. 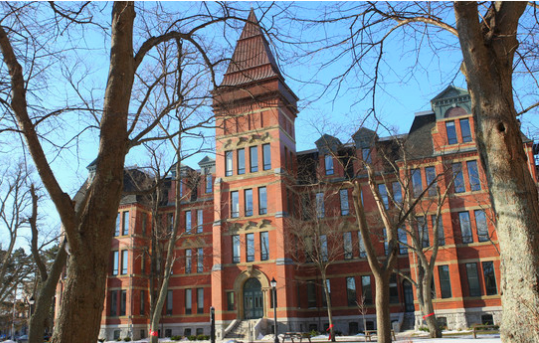 Sometimes architectural features are not really lost, but simply concealed. This beautiful sign for the St. Mary’s Girls’ School is still hidden by some 1980s woodwork. 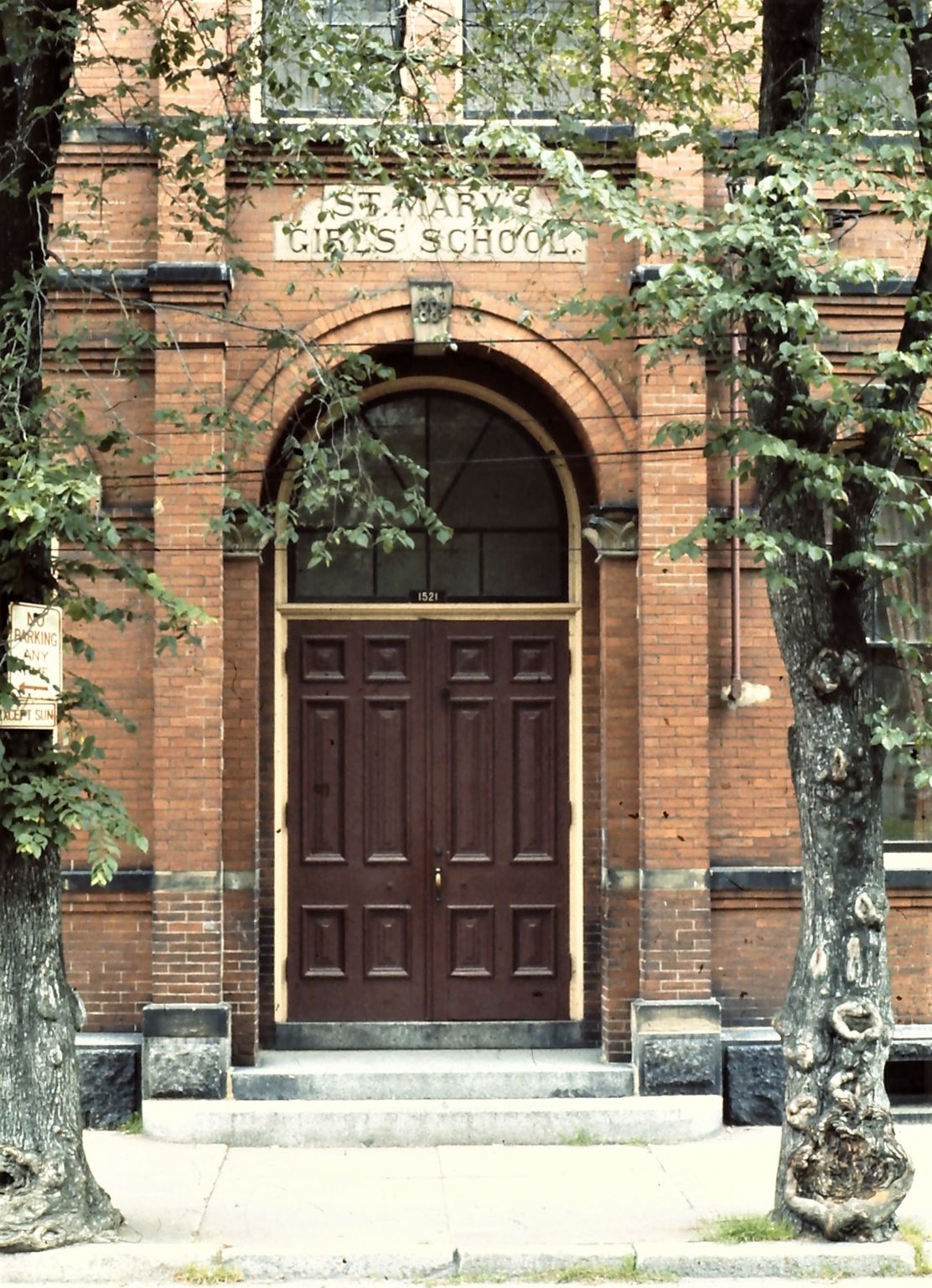