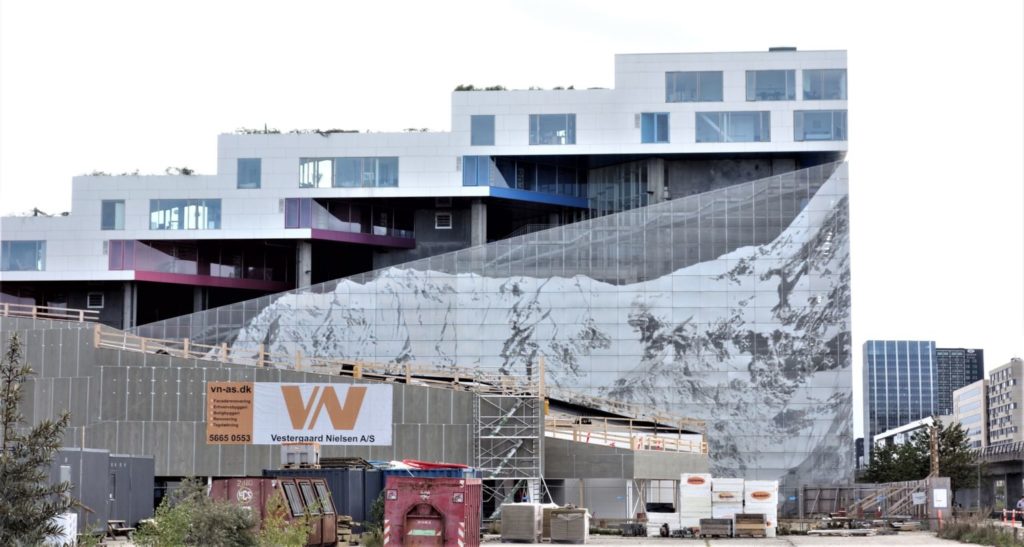 Parking garages have been disturbing my peaceful disposition for the last little while. The problem is, the Province announced they were going to drop a big garage on the Halifax Common and then, like a bad date, they stopped communicating. Nada. Nothing but a crummy snapshot.

So to get over the disappointment of being ghosted by my Provincial Government, I started thinking about good relationships I’ve had in the past with parking garages. Better parking garages.

In the mid 1960s, Marina City in Chicago was a phenomenon. I remember poring over pictures in Life or Time magazines of the twin round concrete towers perched beside the Chicago River. When we finally visited Chicago in 2001, they were one of our many architectural destinations.

Get up close and it turns out the bottom 19 floors are parking for about 900 cars; the same number of cars proposed for our garage. 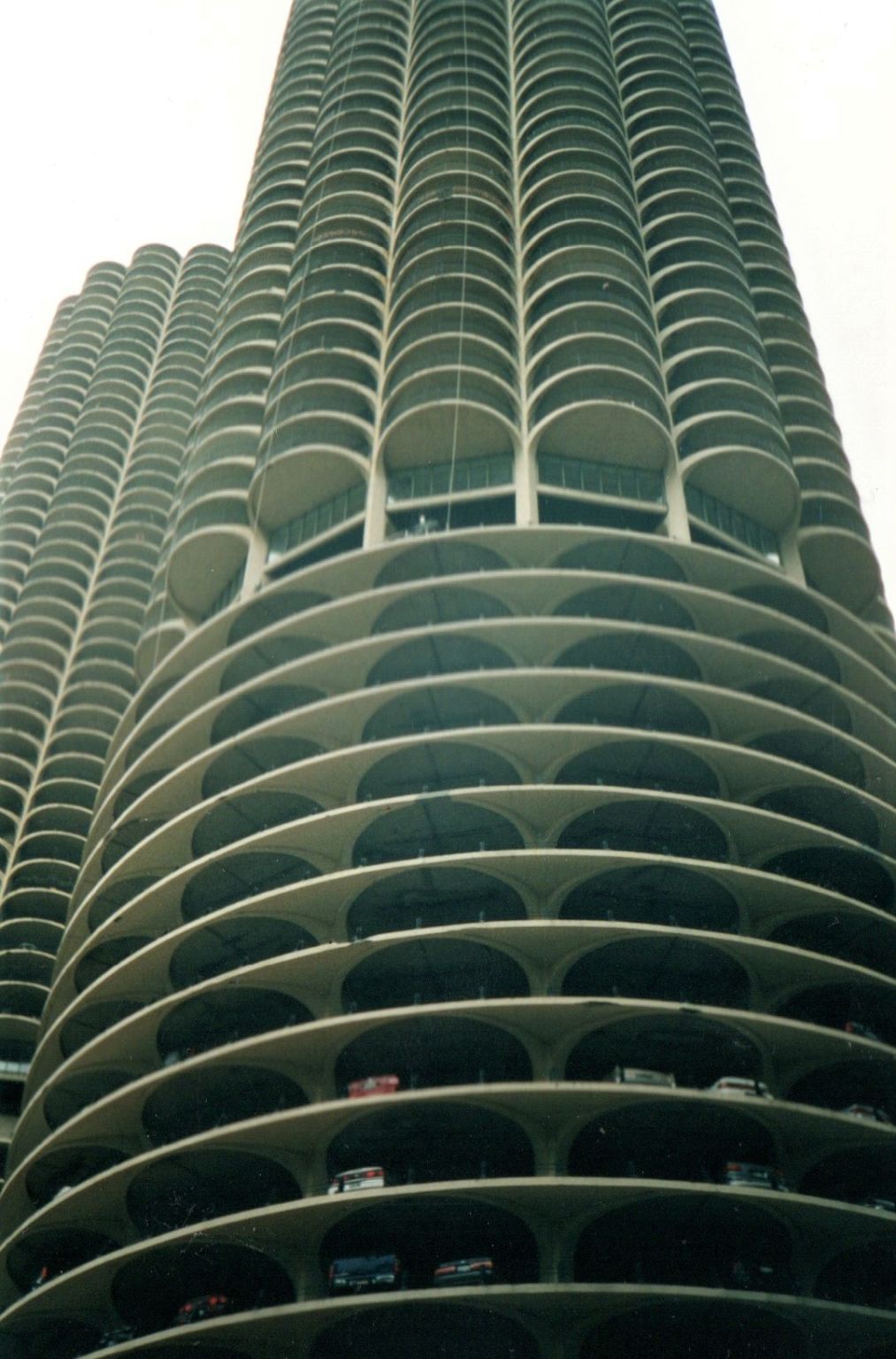 We’ve visited Florida once, with Miami Beach our destination of choice. The exuberant architecture was the attraction, so much so that we realized, while checking out of our beachfront hotel, we had not actually been on the beach.

For contemporary architecture our destination was a parking garage, 1111 Lincoln Road, designed by Swiss starchitects Herzog & de Meuron (Tate Modern, Beijing bird’s nest stadium). When it is not being used to park your Lexus, the garage is a venue for fashion shows or weddings. Also houses the owner’s penthouse apartment. 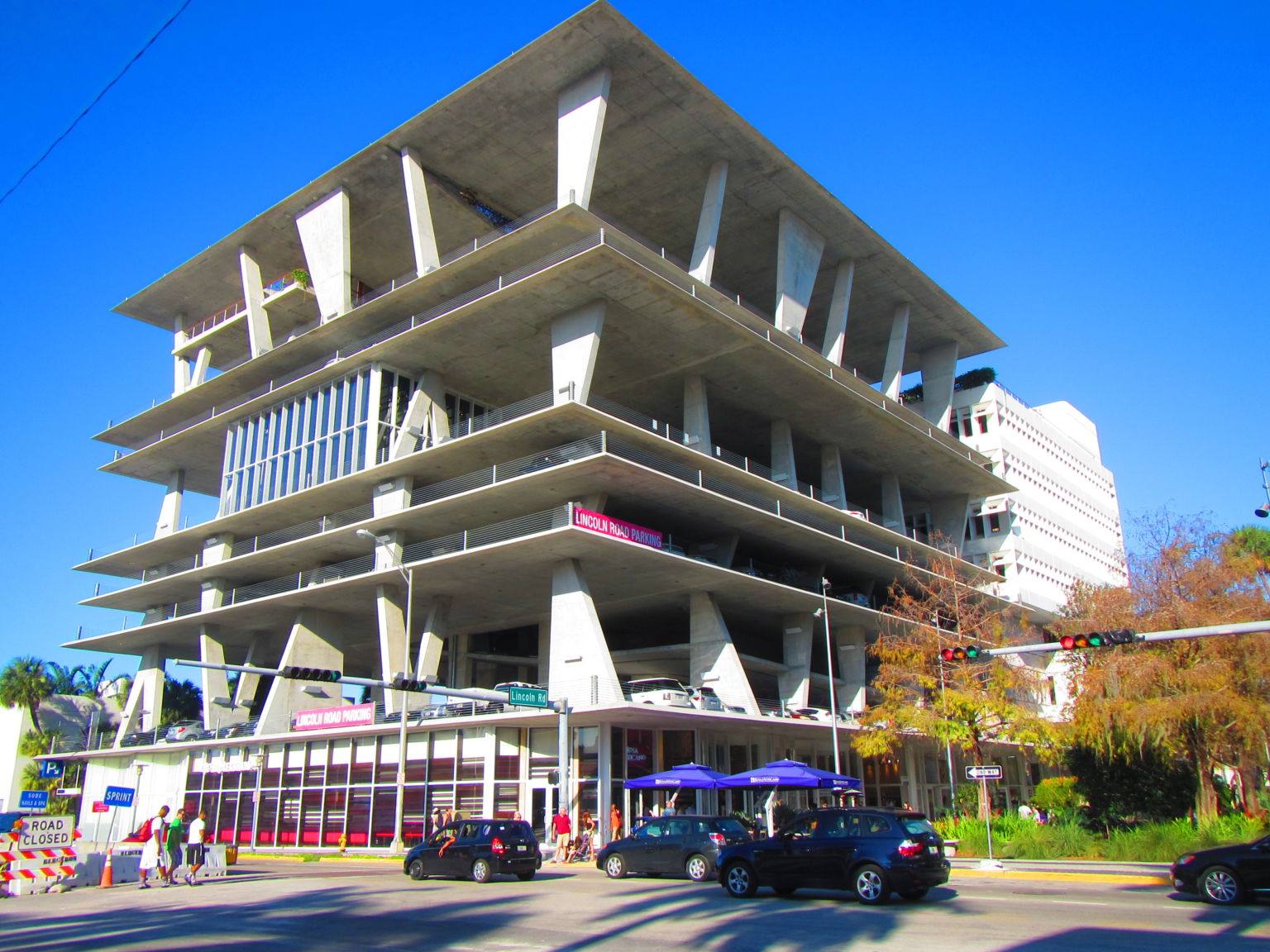 At night there are lighting effects, so we had to return to see those too. 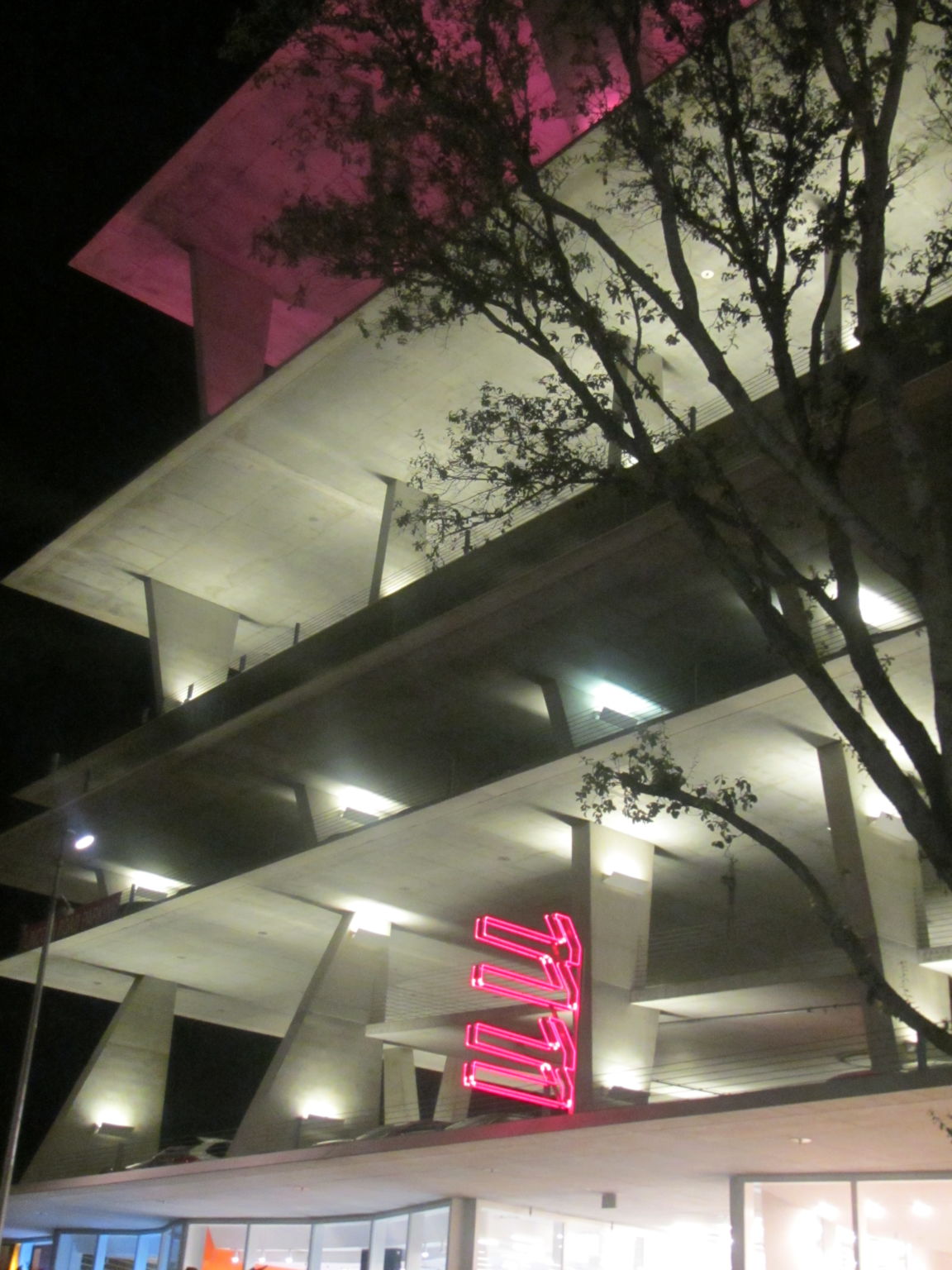 The Ørestad district of Copenhagen is at the end of the city’s new subway line. In fact the line was partially paid for by selling the land to developers, who have created a totally new community filled with striking architecture.

Some of the most well-known buildings in Ørestad were designed by the Bjarke Ingels Group (BIG). Their Mountain Dwellings is a stepped building of apartments, each with a large, bright “backyard,” overlooking a tree lined canal and flat grassland. 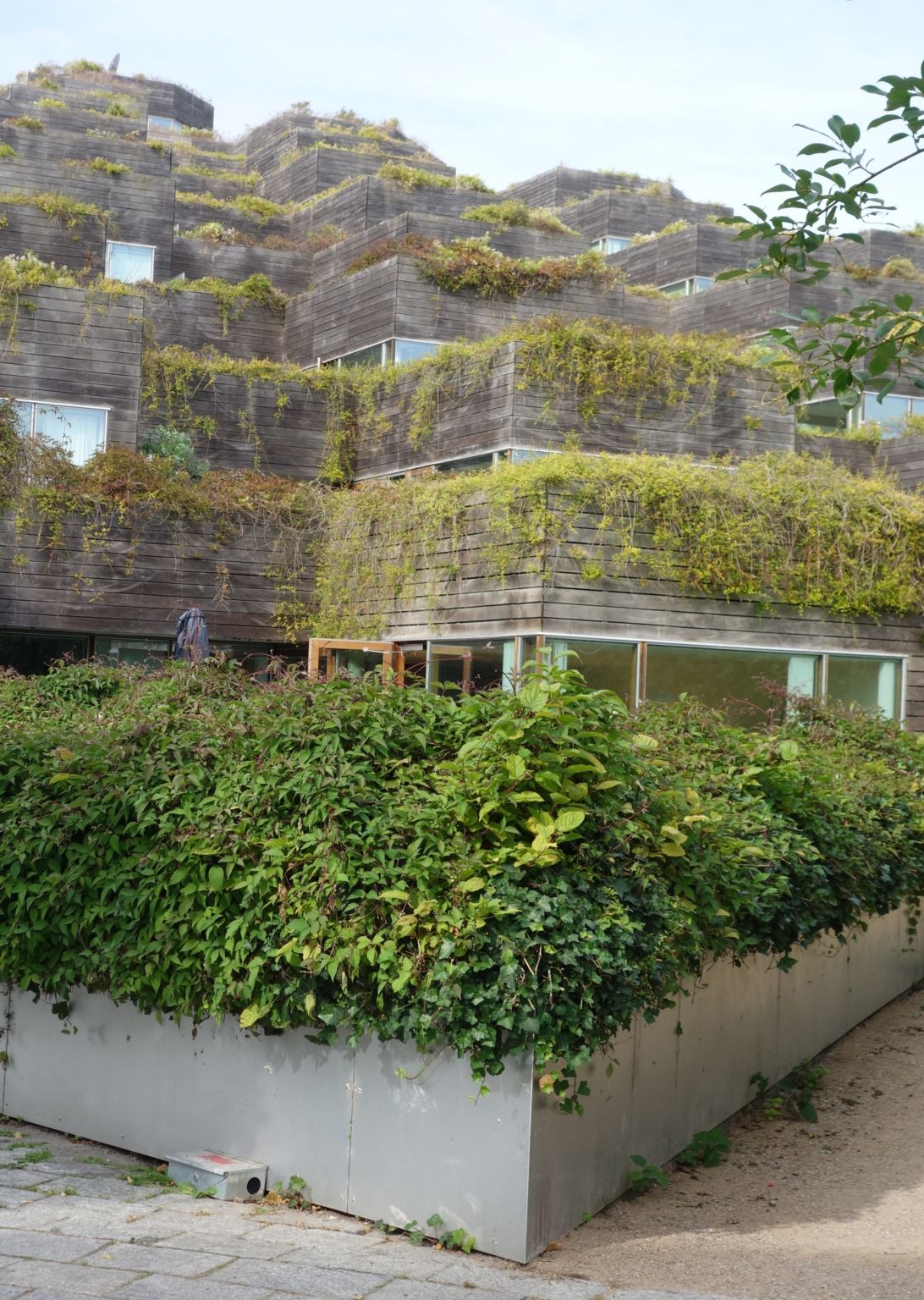 Go behind the building and you see that the apartments are resting on a 450 space parking garage. Access to the apartments is from walkways in the colourful garage. The designers had a lot of fun with the mountain theme, including a giant mountain mural. 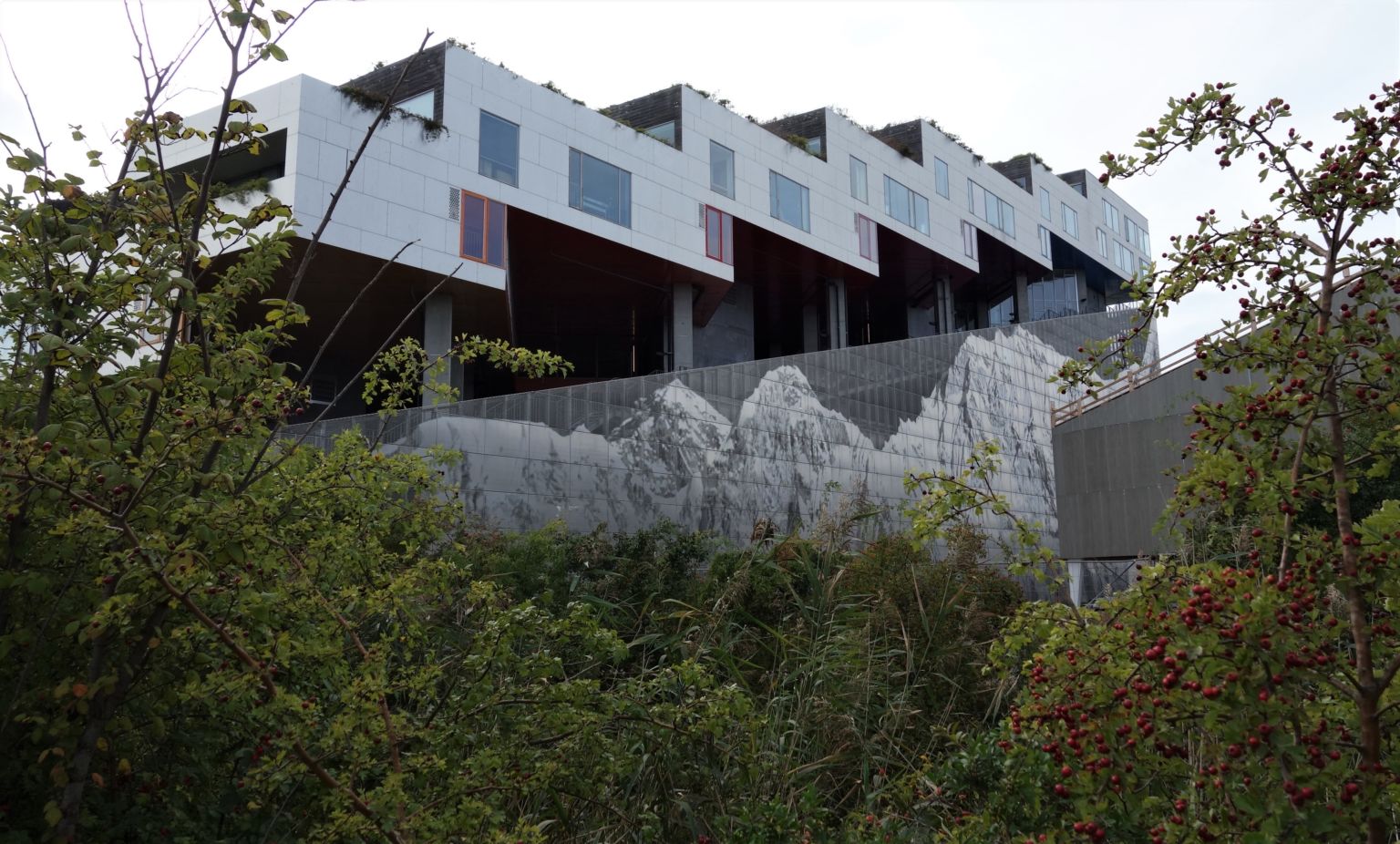 In another section of Ørestad we came upon a garage that provides parking for a whole district. Most residents take mass transit and use bicycles, because Copenhagen. The building is clad with a skin of perforated metal creating an image of endless parked cars. Hilarious. 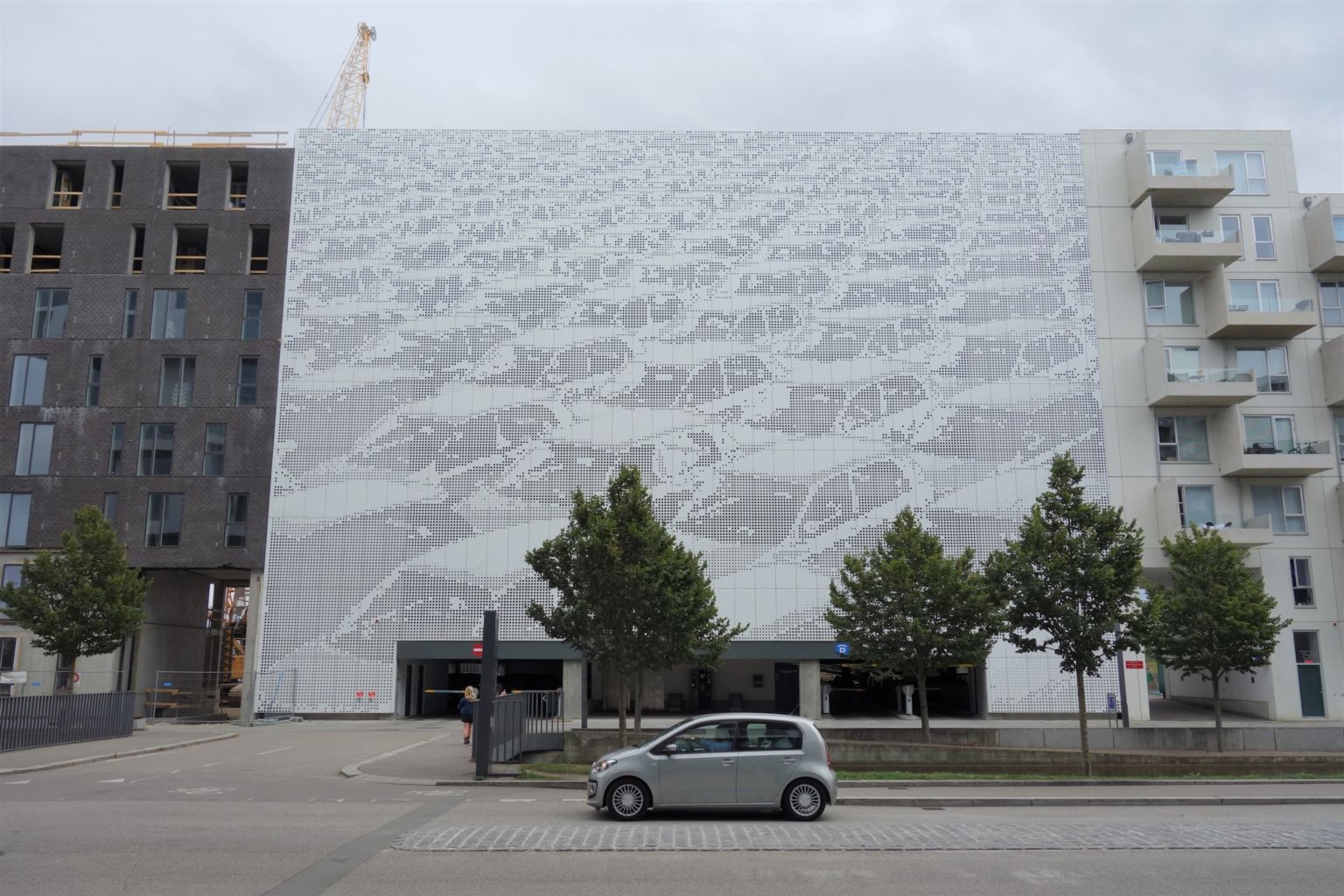 When we visited in 2016 the district was still being actively built. This is the back of the parking garage seen from a railway platform, the parkland in the distance.

Does this mean anything?

On Wikipedia I came upon these quotes:

As Architectural Record has noted, “In the Pantheon of Building Types, the parking garage lurks somewhere in the vicinity of prisons and toll plazas.” The New York Times has labeled parking garages “the grim afterthought of American design”.

The examples above show that parking garages can be light-hearted, and site specific, and worthy. From what I can understand about the proposed garage on the Halifax Common, it fits in the “grim afterthought” category.

The Province has released only a single artist’s rendering of their garage in a park: no site plan, no architect named, no landscape architect identified. However, after close reading of the drawing I have identified what must be the inspiration for this building, with green dripping from its layers. 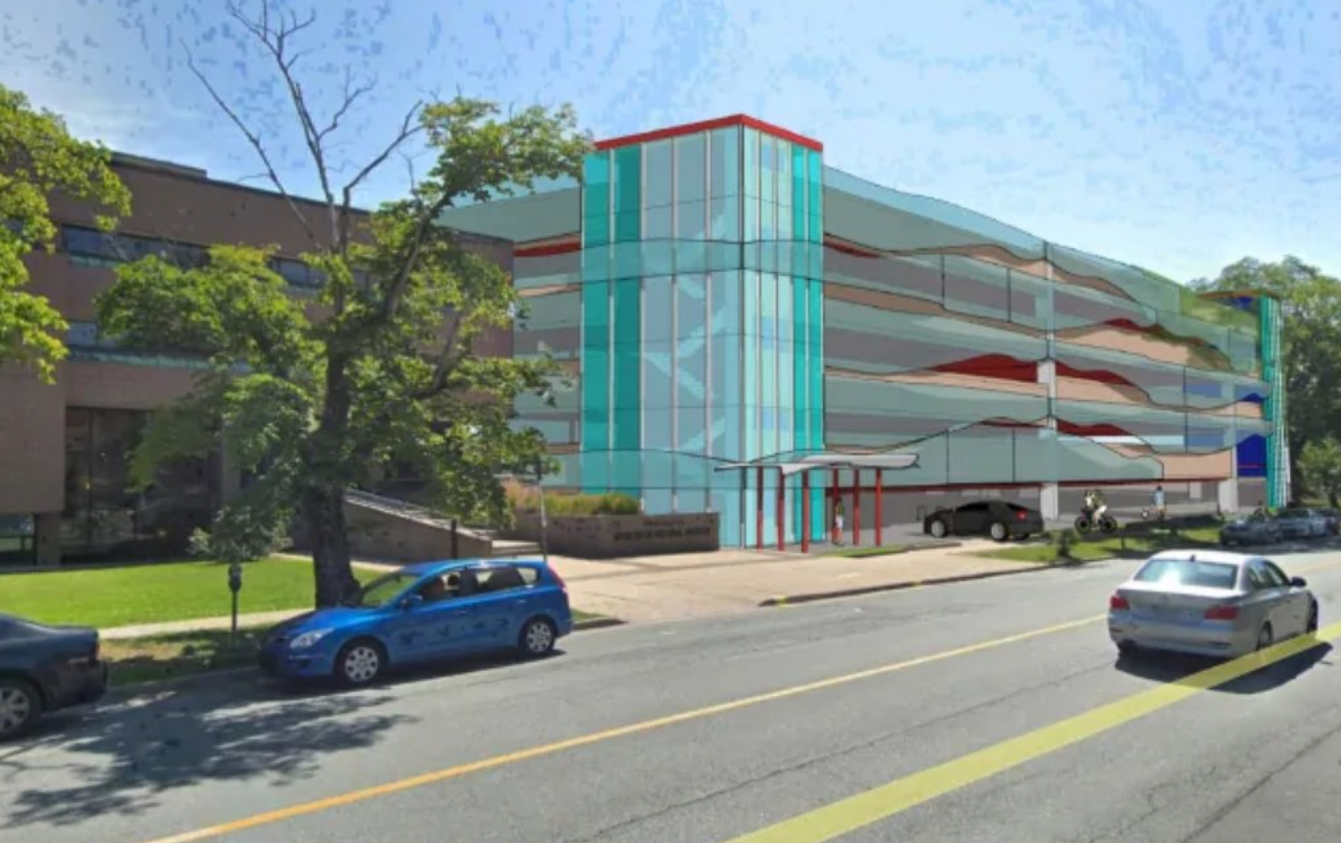 Folks my age will recall, many with horror, an art pop hit song of 1968, “MacArthur Park”, sort of sung by actor Richard Harris. The most remembered lines are surely the muse for our garage:

MacArthur’s Park is melting in the dark
All the sweet, green icing flowing down
Someone left the cake out in the rain

See what I mean? Also, the Richard Harris version of “MacArthur Park” has been voted the worst song of all time. Grim indeed.

Useful to remember the charms of the parking at the VG Hospital site. Grim-a-rama. 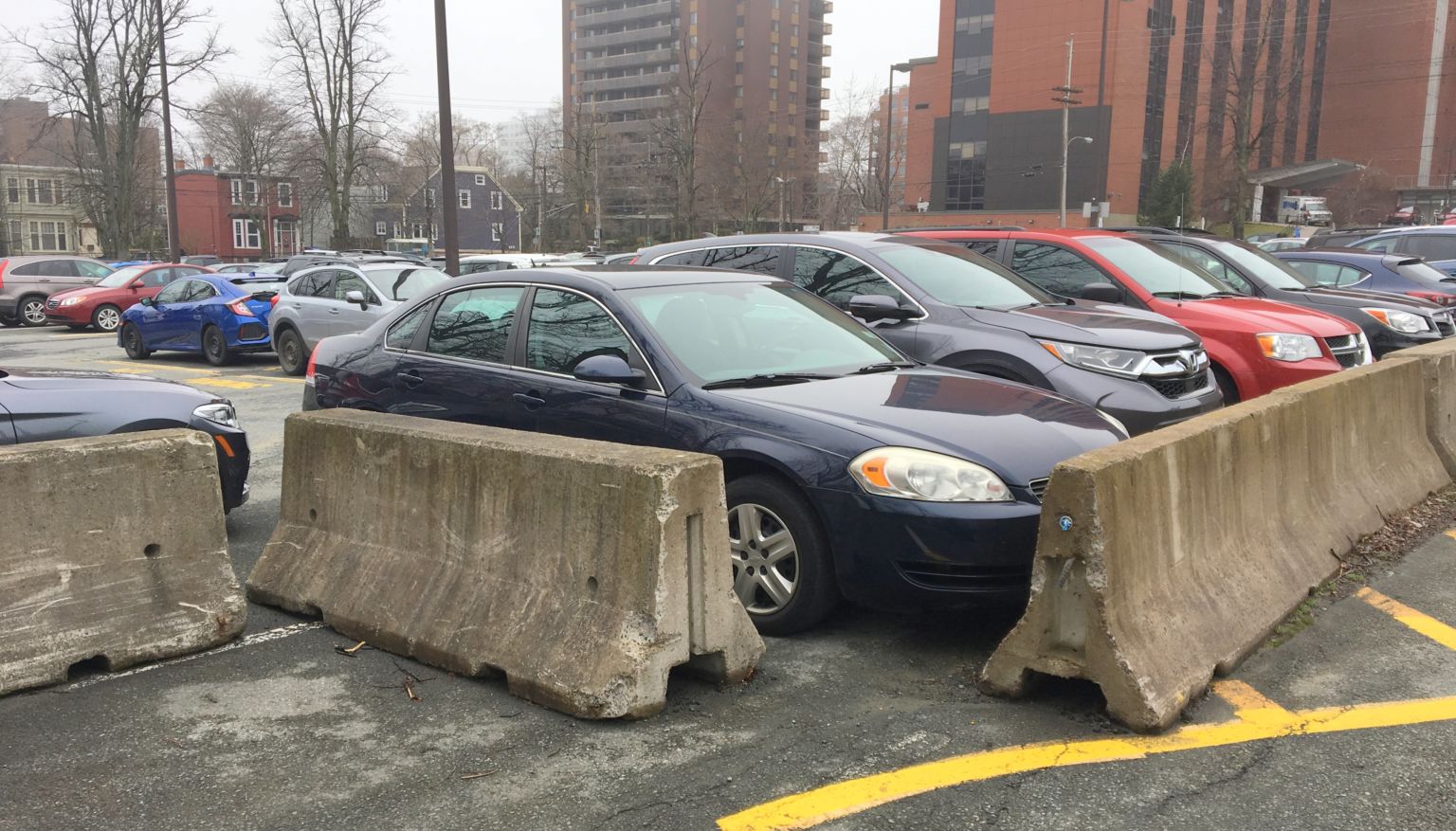