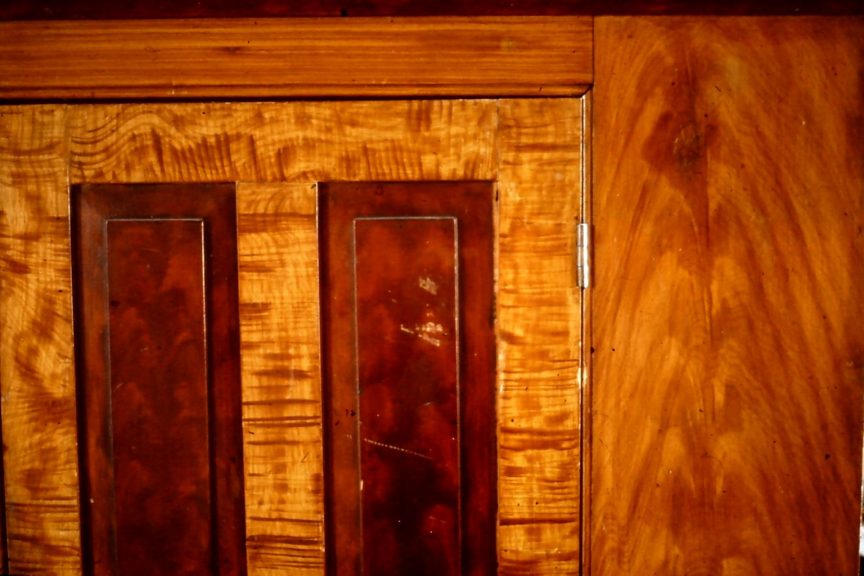 Do you have feelings about fake wood grain finishes? For many of us, who came of age in the 60s and 70s, it was synonymous with cheap, artificial, and unattractive, because we were surrounded by wood-grained crap. Sheets of wood grain paneling covered the walls of innumerable rec rooms, and vinyl siding with embossed wood patterns clad whole neighbourhoods. Kitchens were filled with wood grain-covered appliances, such as this 1970s electric oven. 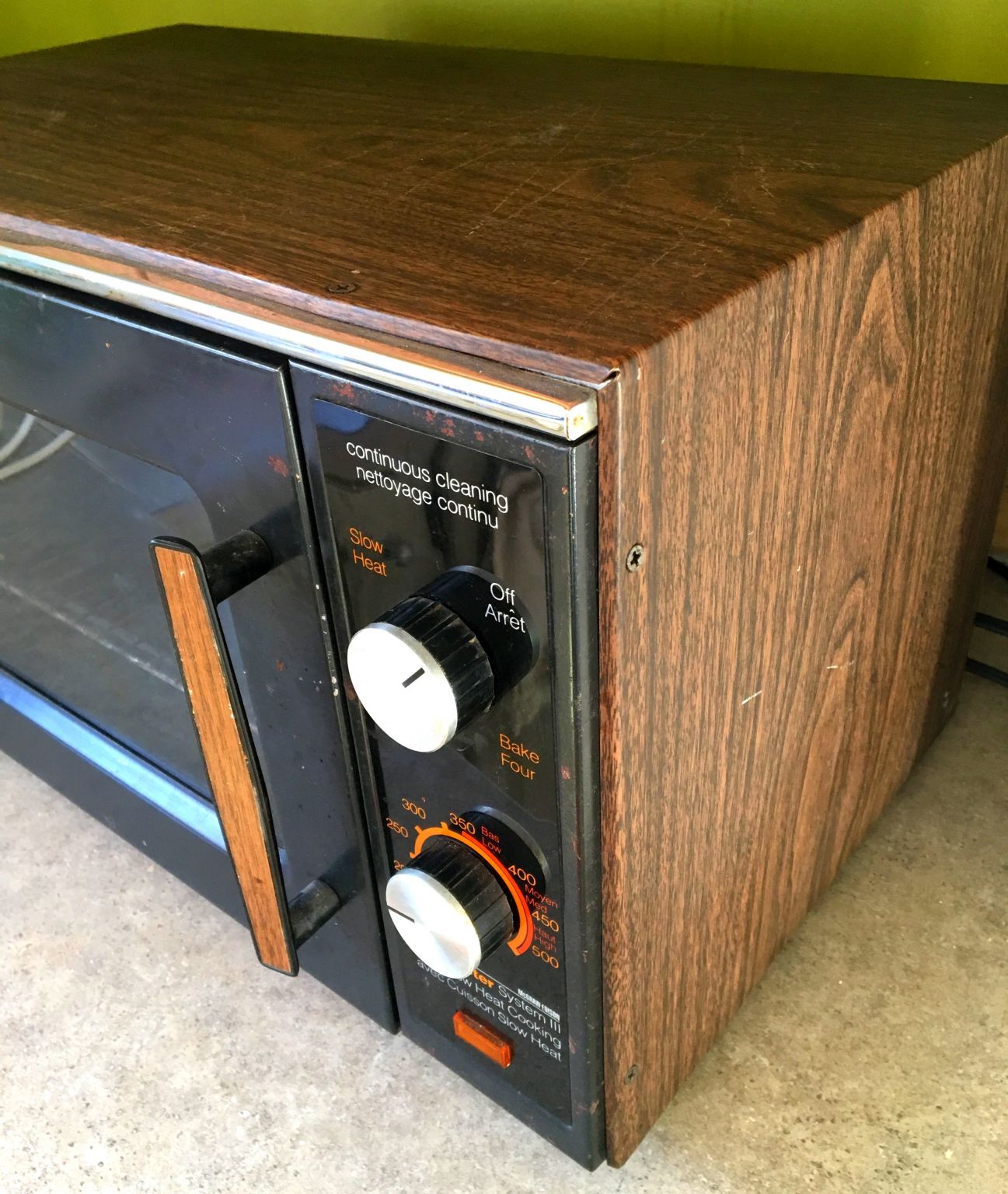 We inherited this oven from a cottage. It lives in a storeroom and is only retrieved during the turkey festivals, when we need extra oven capacity.

My sense is that fake wood grain has become less ubiquitous (or less offensive) over the decades, so I was fascinated to notice that a couple of new buildings I admire had sipped the wood grain Kool-Aid. The Cove on the Dartmouth waterfront makes a major feature of tower bays clad in wood grain-printed metal panels. 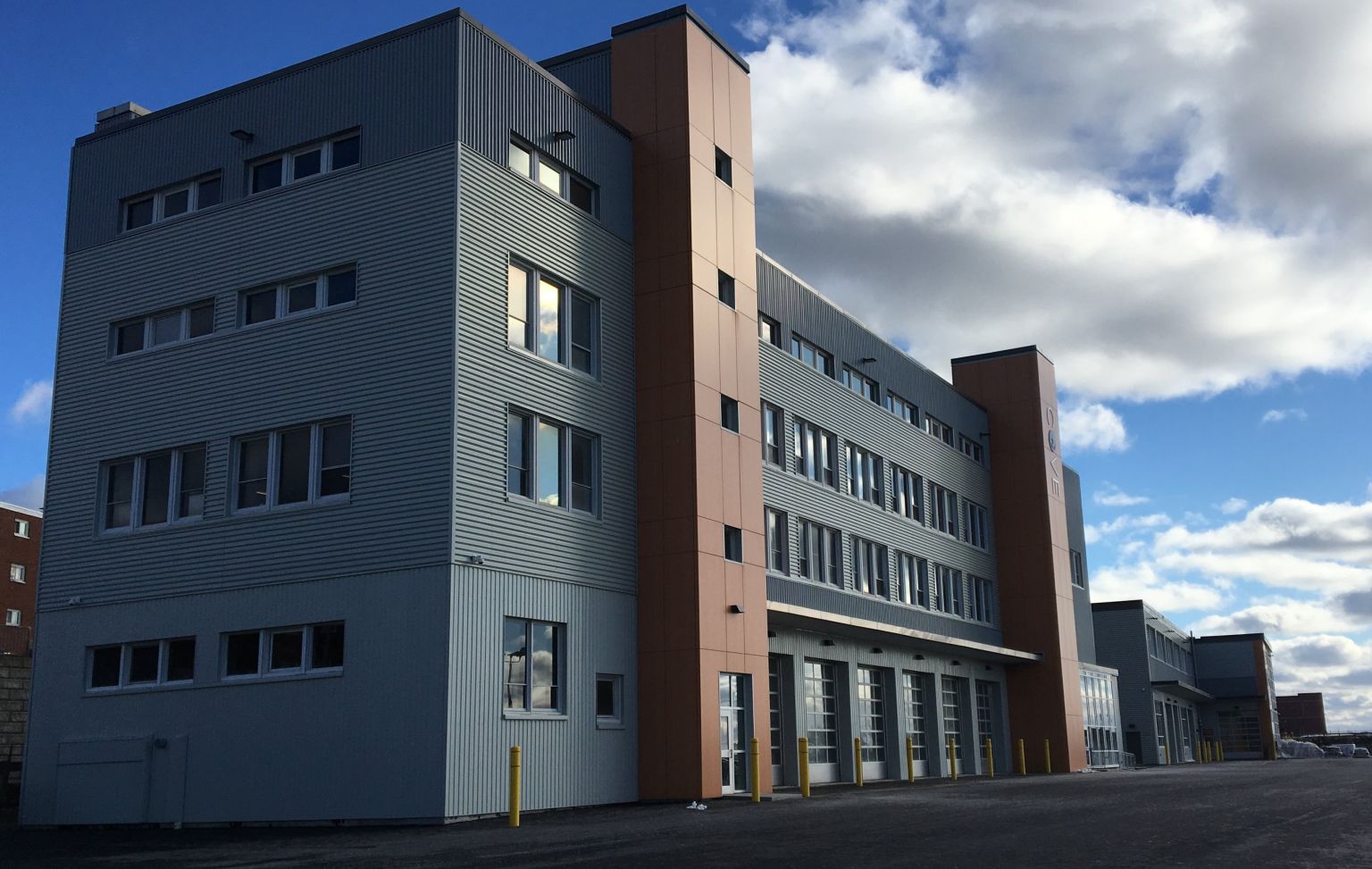 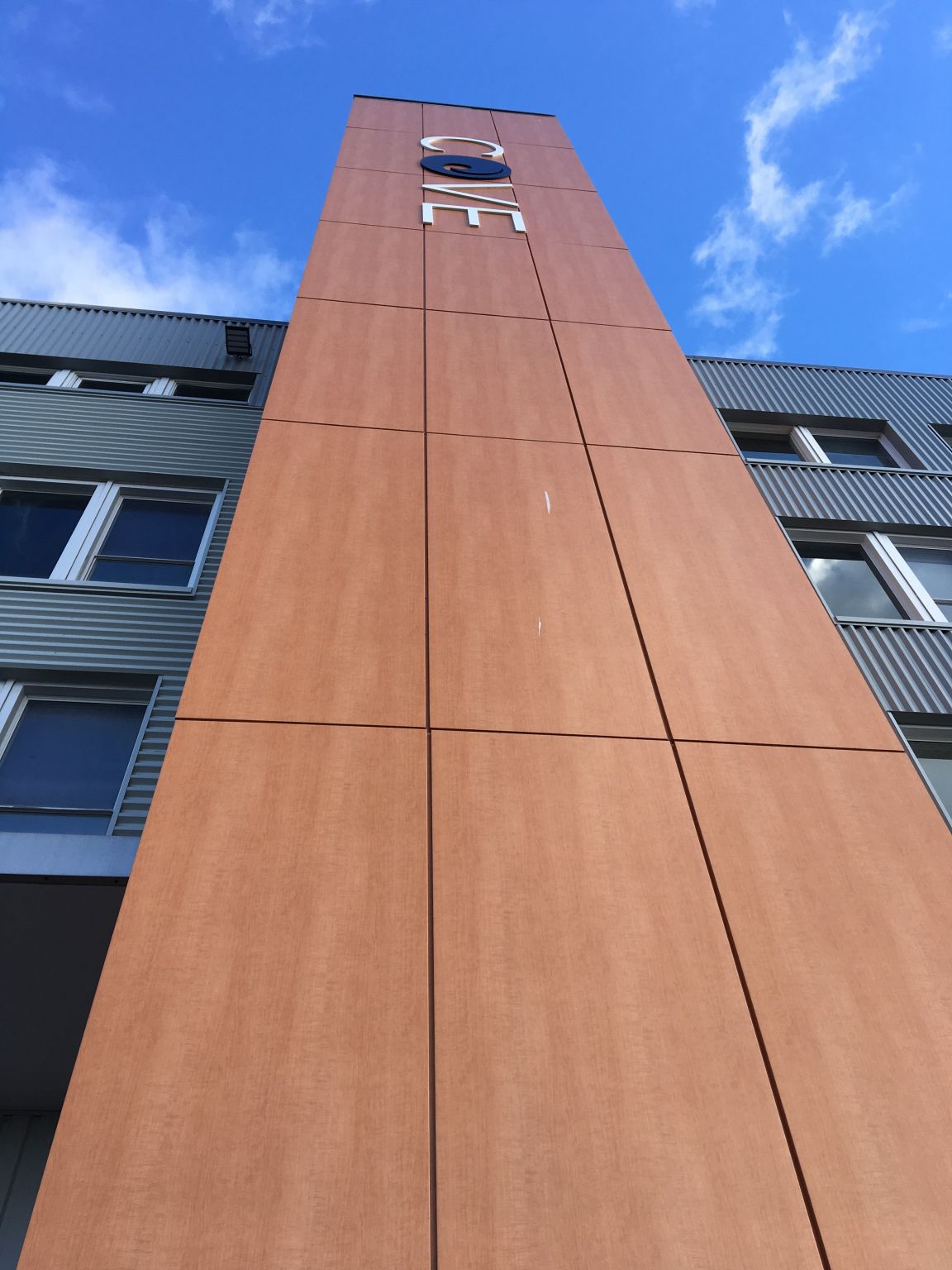 A favourite new building, across the park from the Hydrostone Market, has wood grain panels at the entrance. 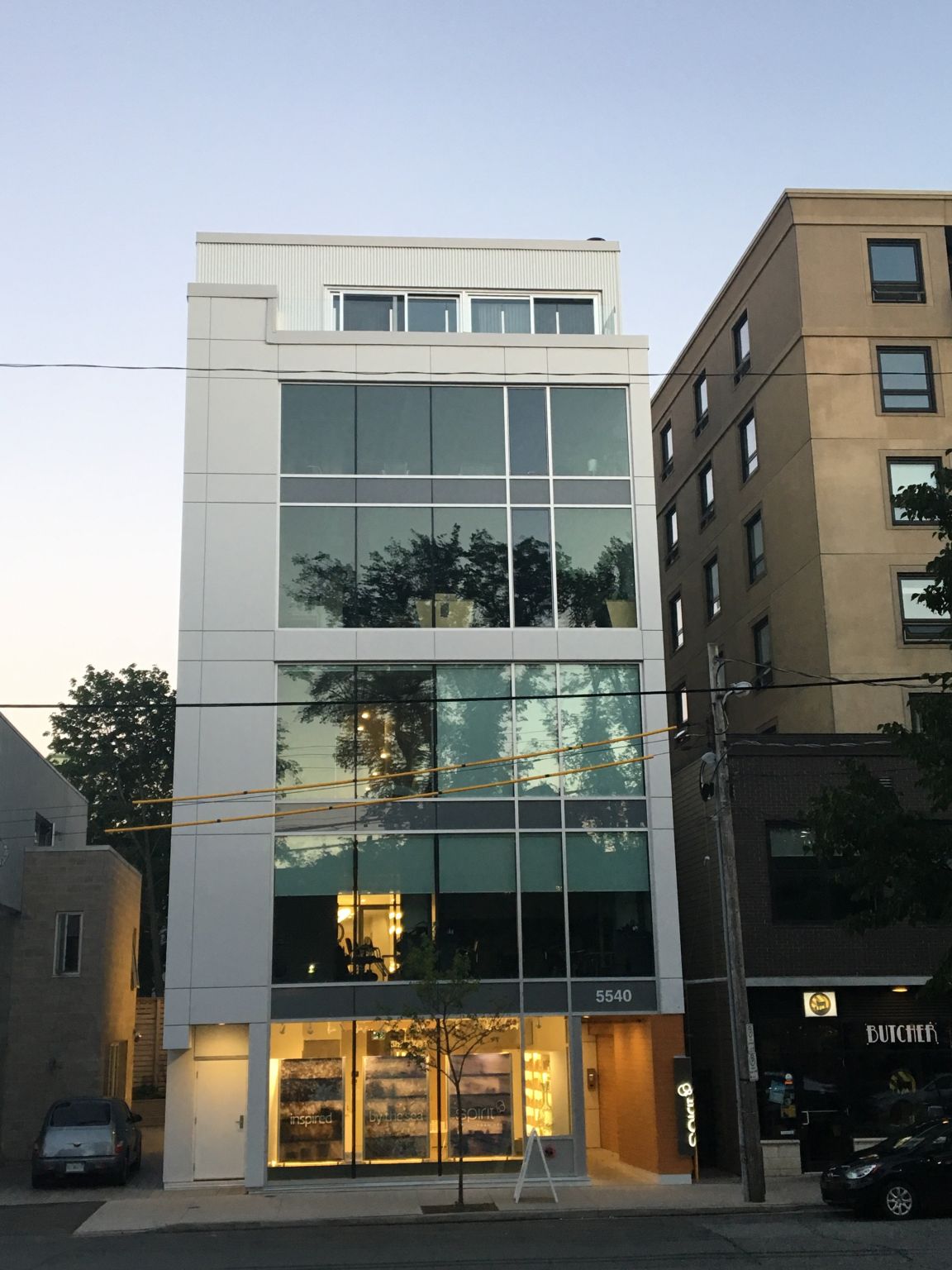 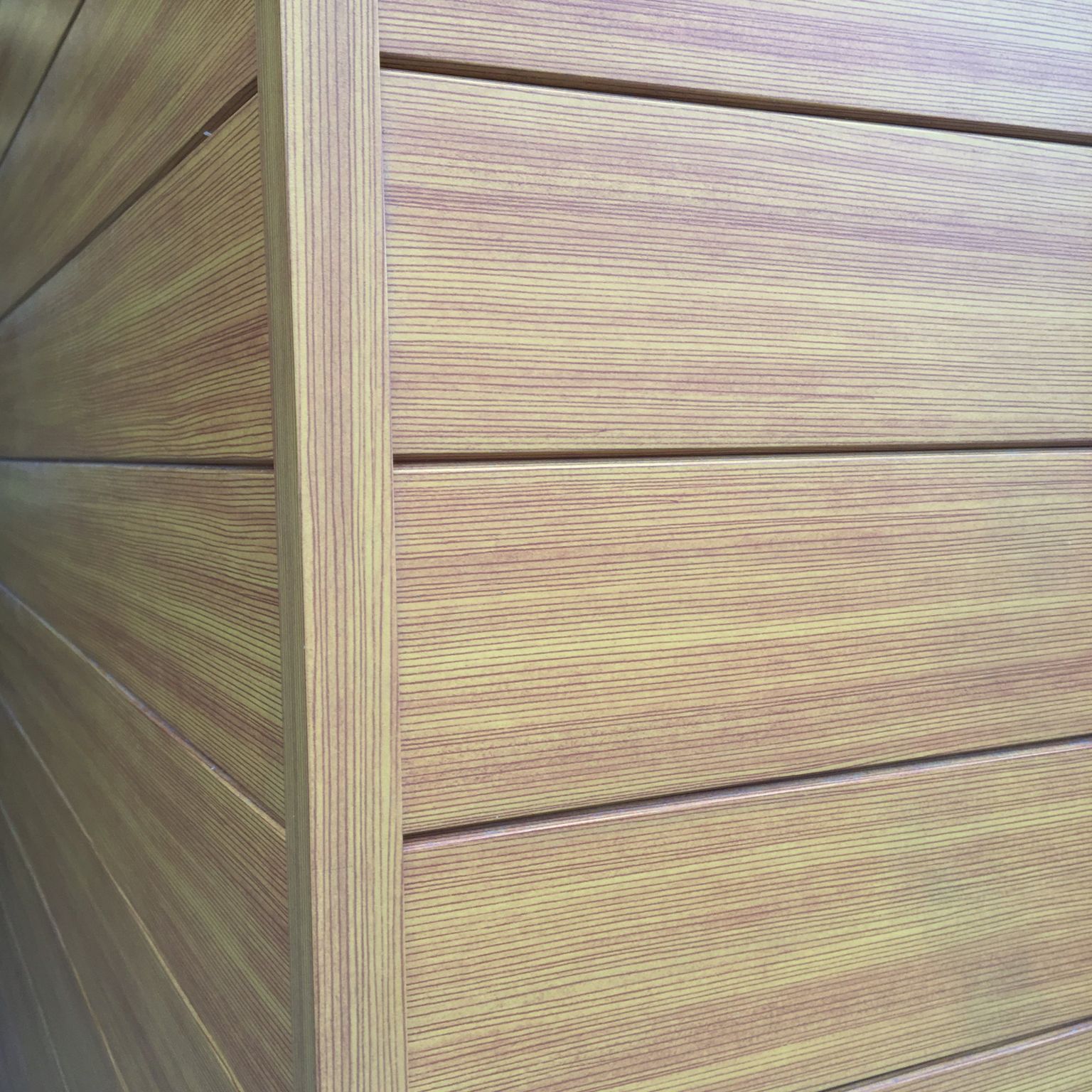 On these buildings the wood grain has been handled with restraint and care, which made me realize I have probably been not seeing similar materials on lesser buildings that don’t get a second look.

This got me thinking about the fake wood I really do love, the hand-painted wood grain that was super popular throughout the 19th century for interior woodwork.

Here are some examples from St. Matthew’s Church in downtown Halifax. 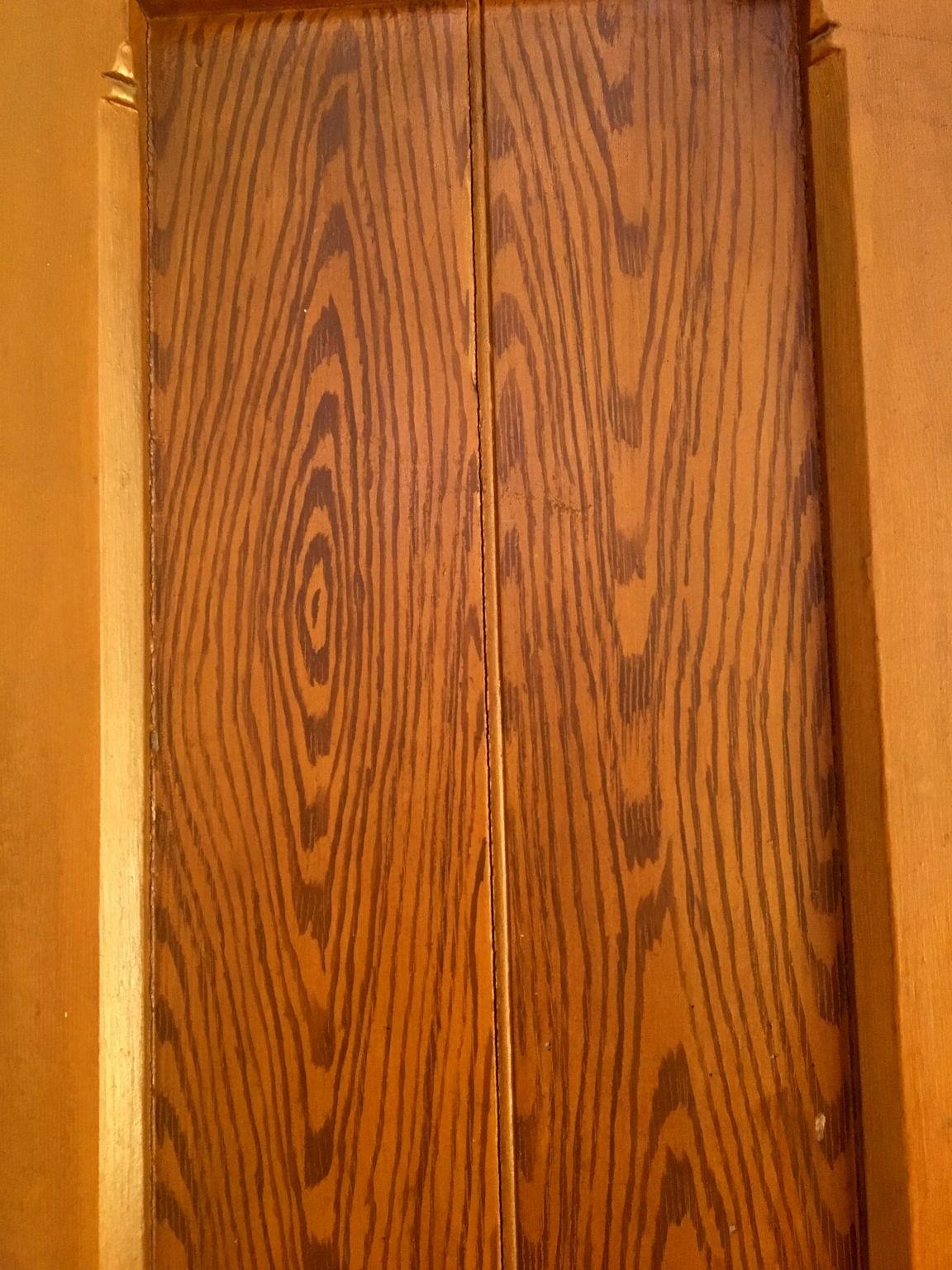 The effect was created by first applying a base coat of paint that is the lighter wood colour. Over this a darker colour is applied and manipulated to suggest wood grain, often with more enthusiasm than accuracy. 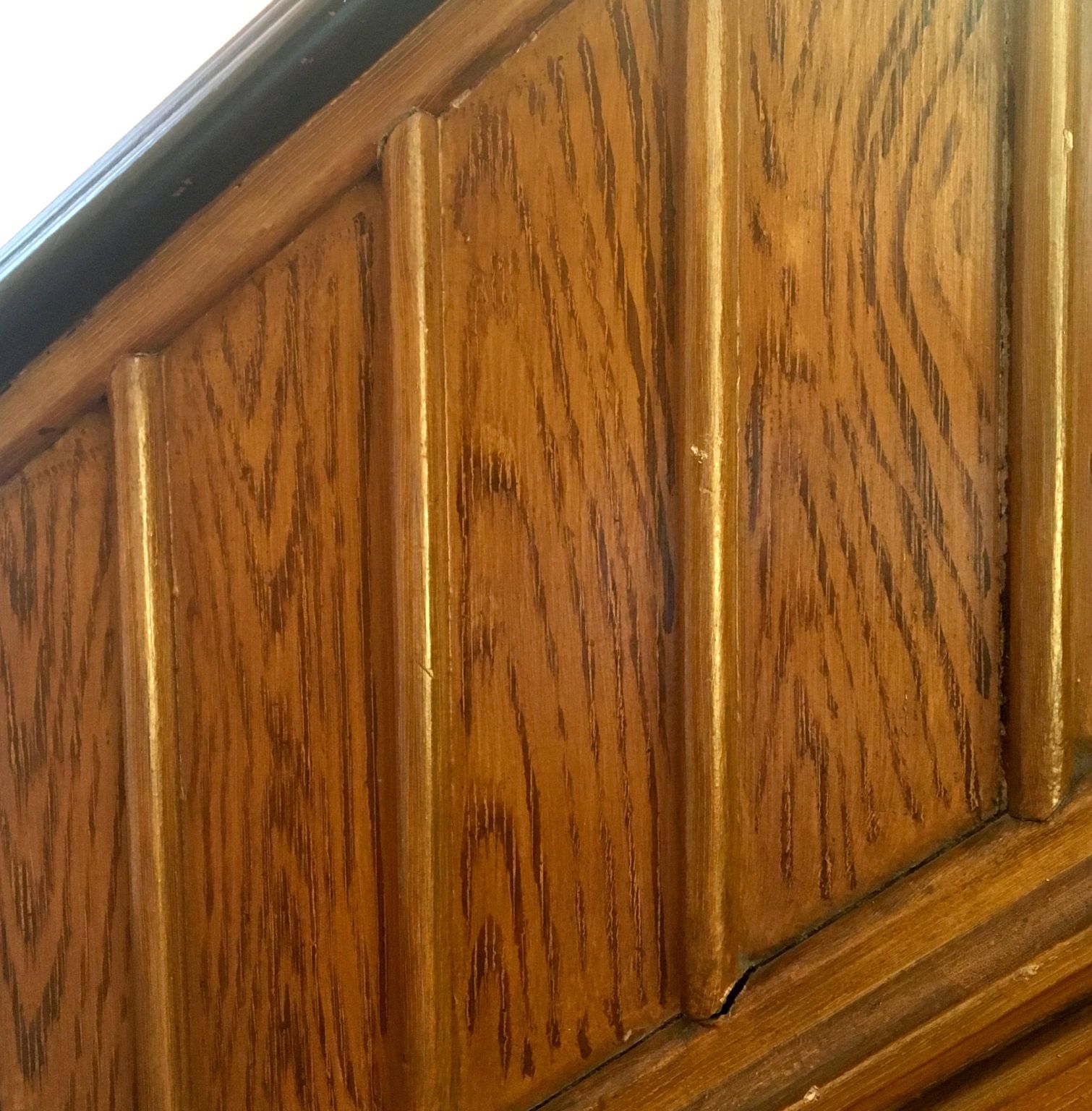 In the county church moved to the Highland Village in Cape Breton, each pew has a panel grained differently. 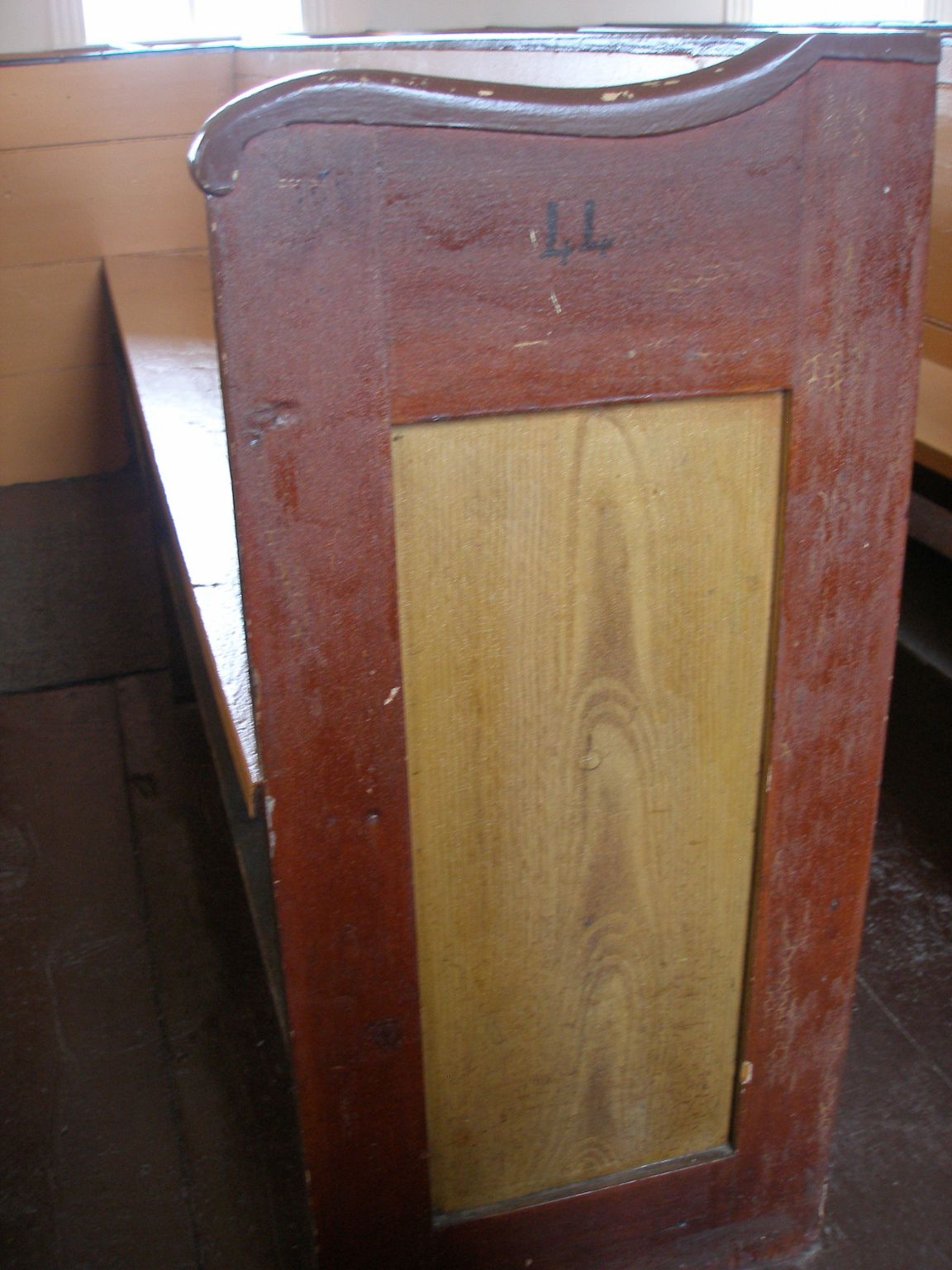 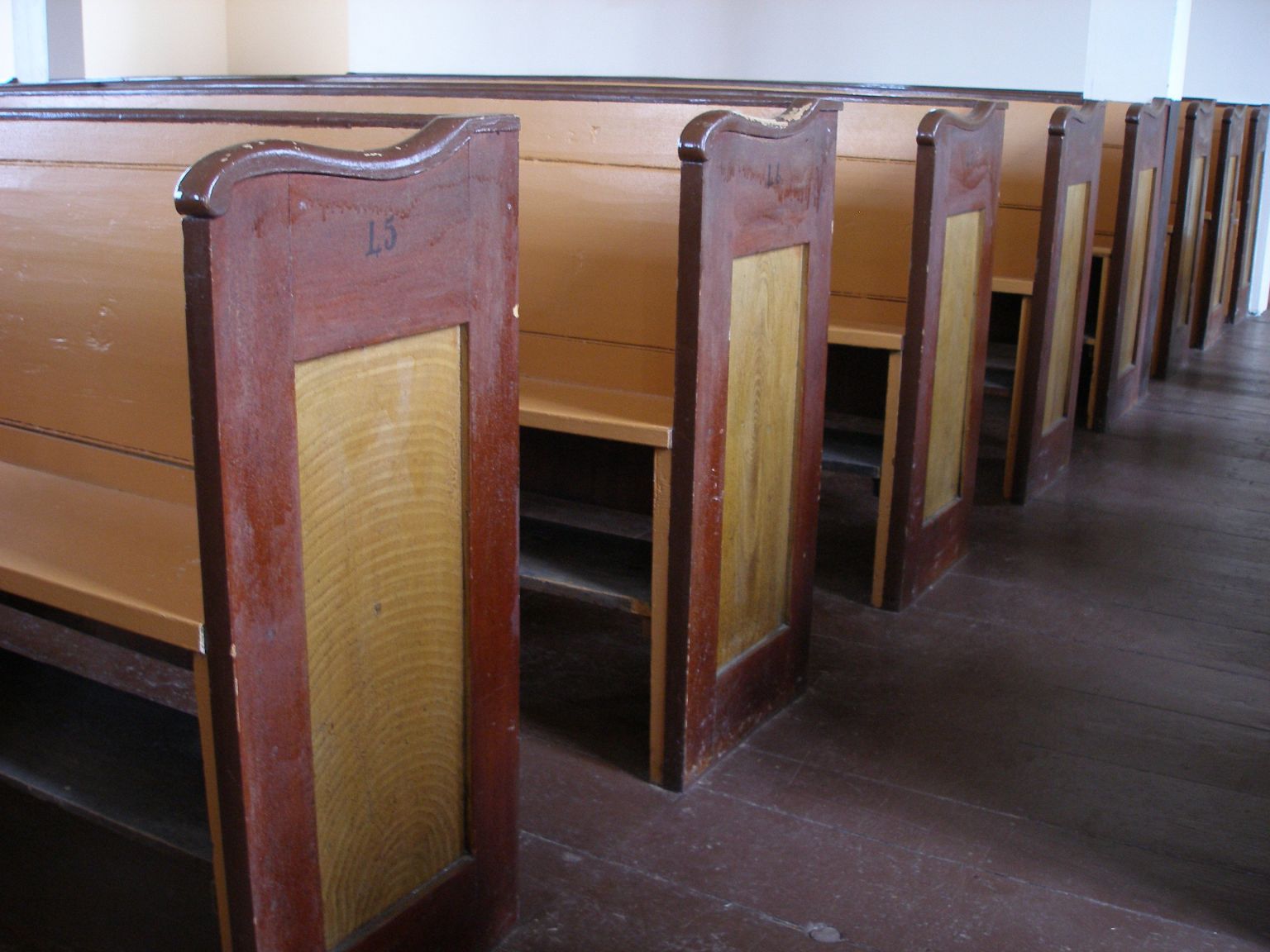 As you look at more painted grain, it becomes clear that artisans displayed varying levels of skill. This door in Ottawa House Museum near Parrsboro has panels painted to suggest burled walnut, I guess. 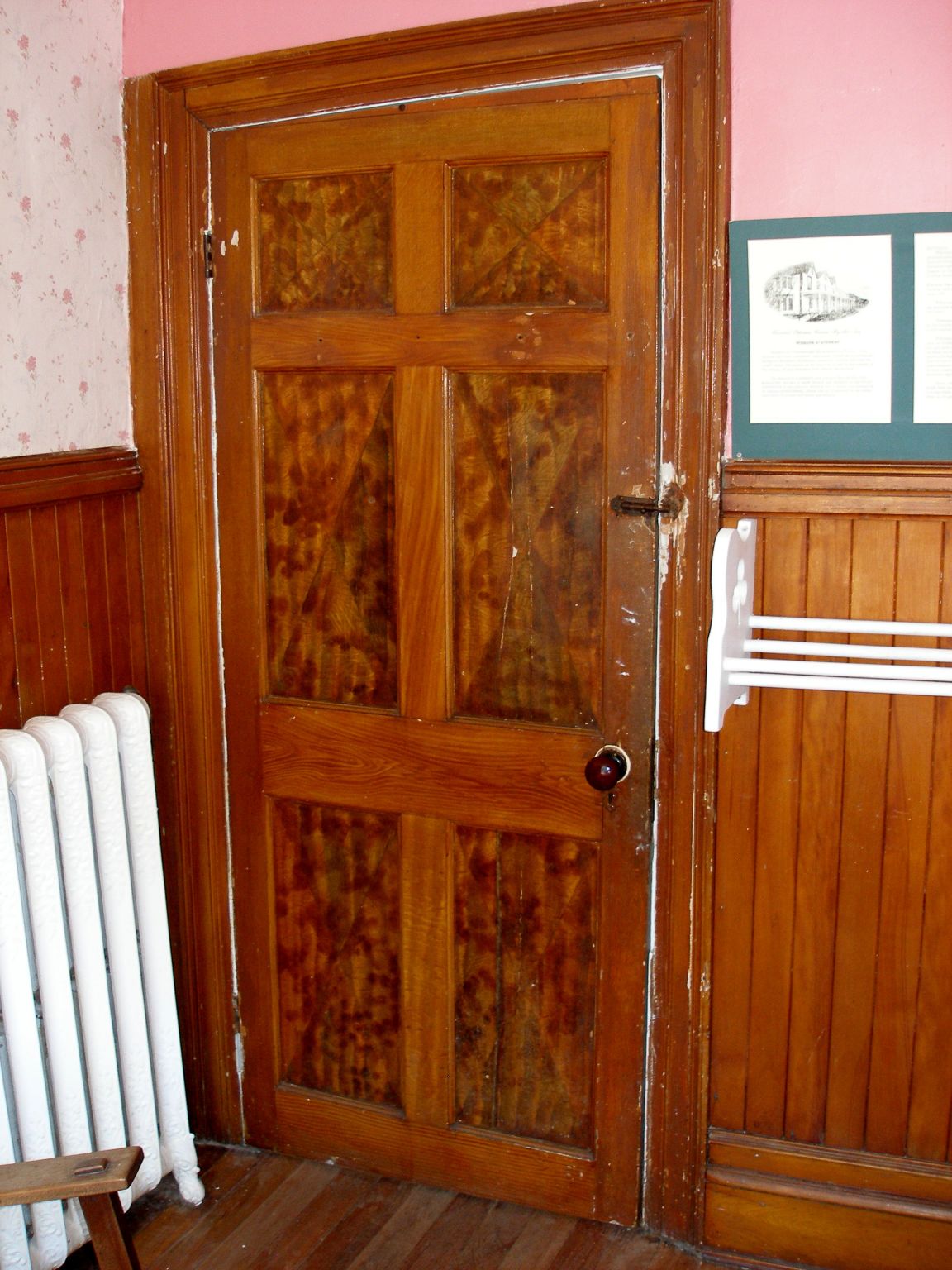 The grain painting in these pictures was done over softwood and the effect was intended to look like a more desirable wood. The grained woodwork in Webber House, at Memory Lane Heritage Village on the Eastern Shore, is a popular oak look that was found in many rural and urban buildings. In the 19th century, most painting would be done by professional painters. 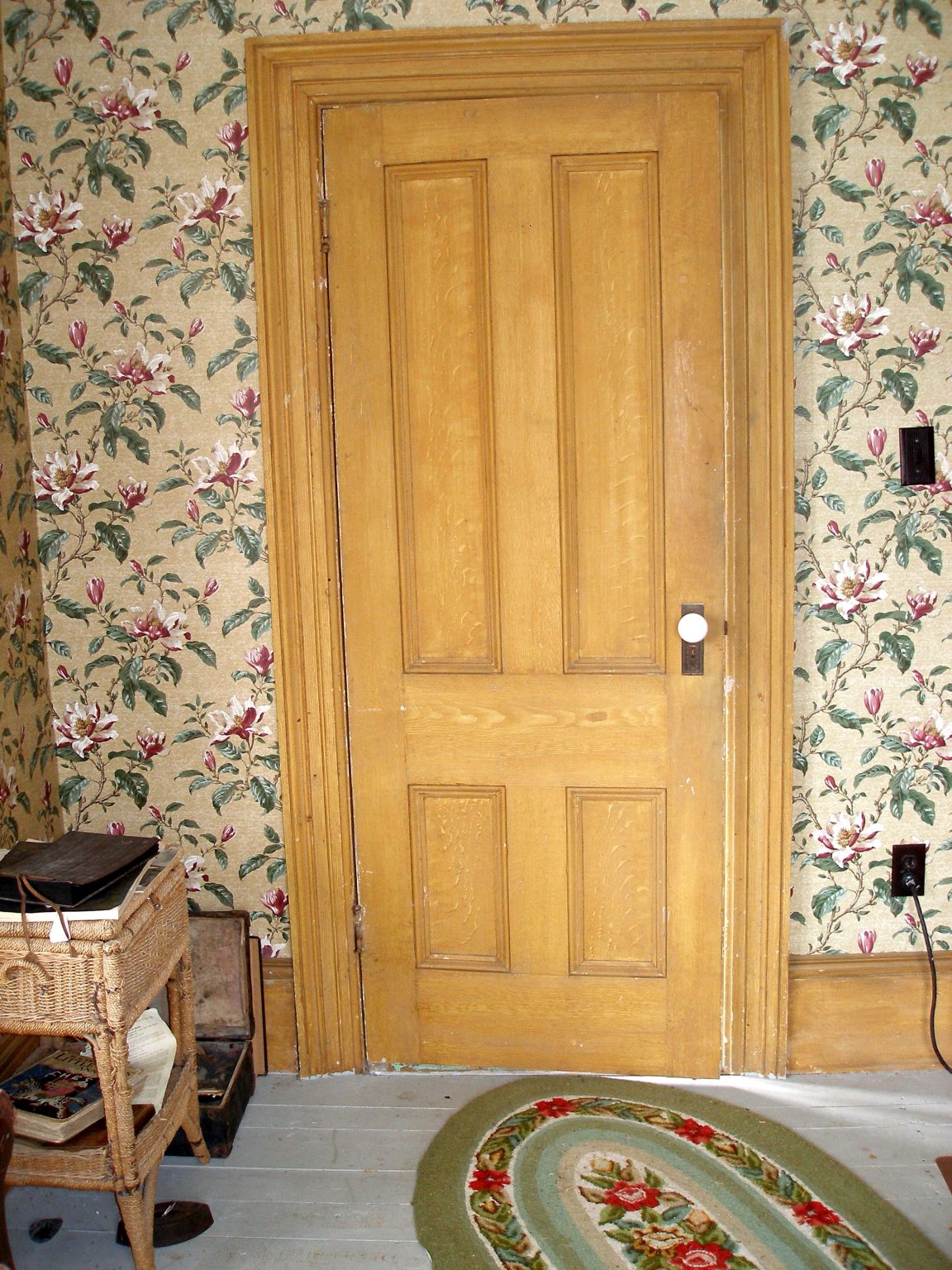 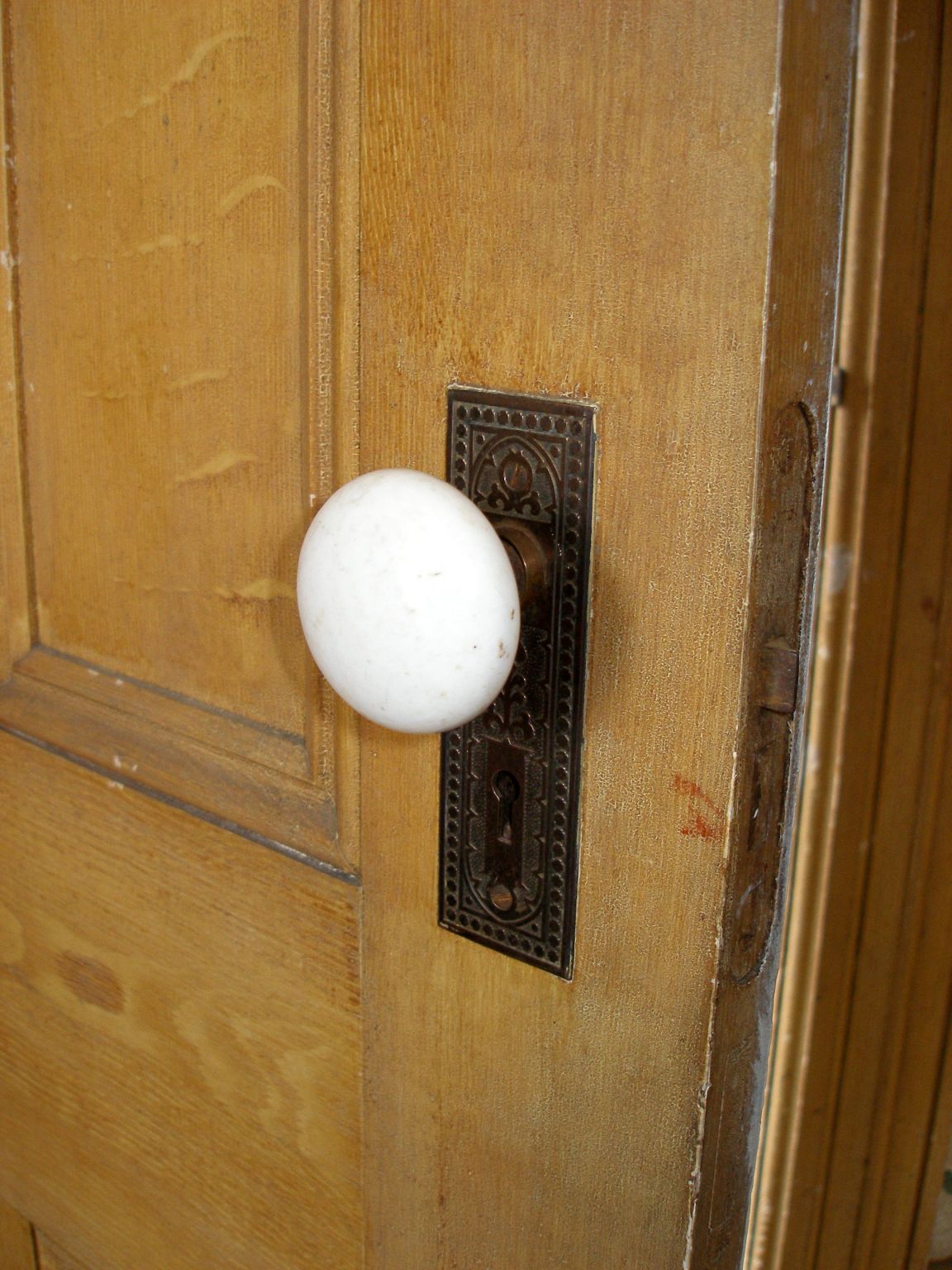 A especially skilled, fancy painter would have decorated the door and frame of this Halifax house. 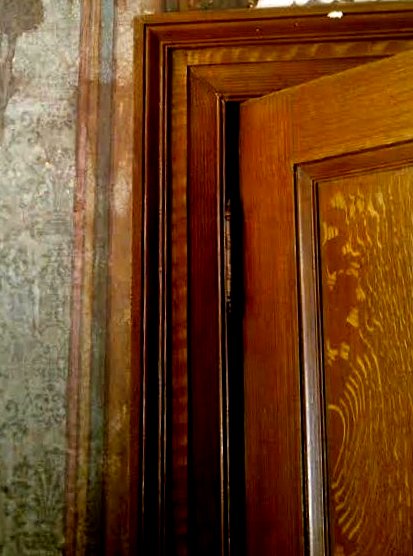 Some of the finest painted grain survives on 19th-century furniture. The painter showed no restraint on this cupboard at Sherbrooke Village (there is a detail in the header). As tastes changed, many folk art masterpieces like this were undoubtedly painted over in pastel pink, or stripped back to the pine, as we all did in the 1960s. 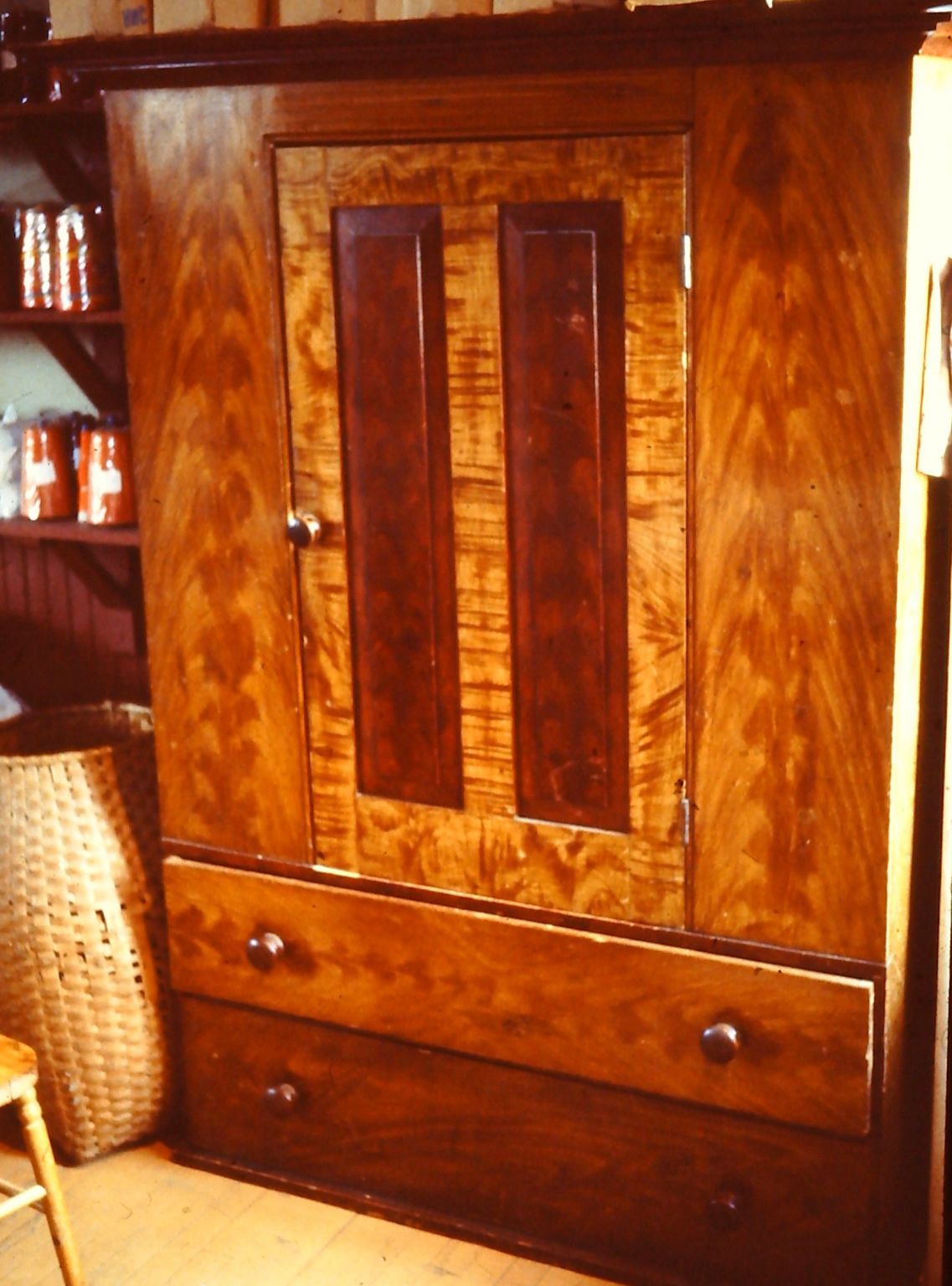 Another masterpiece of graining can be found in Old St. Edward’s in Clementsport. The elegant 18th-century wrought iron hinge is also stellar. 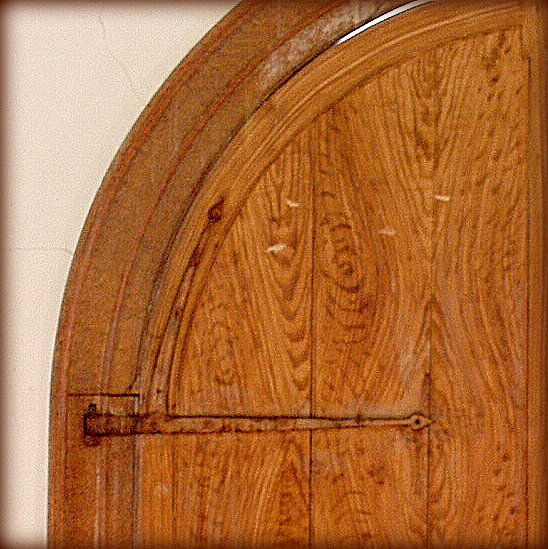 My sense is that painted grain was incredibly common, in the last half of the 19th century, on the interior woodwork of Nova Scotian homes and businesses. Much has been lost but it is still possible to get glimpses of old decorating schemes. The woodwork in the principal rooms in the Lawrence House Museum in Maitland were painted plain colours in the 1960s. But open the door to the attic stairs and there is a time capsule that shows how wild the house would have once looked. 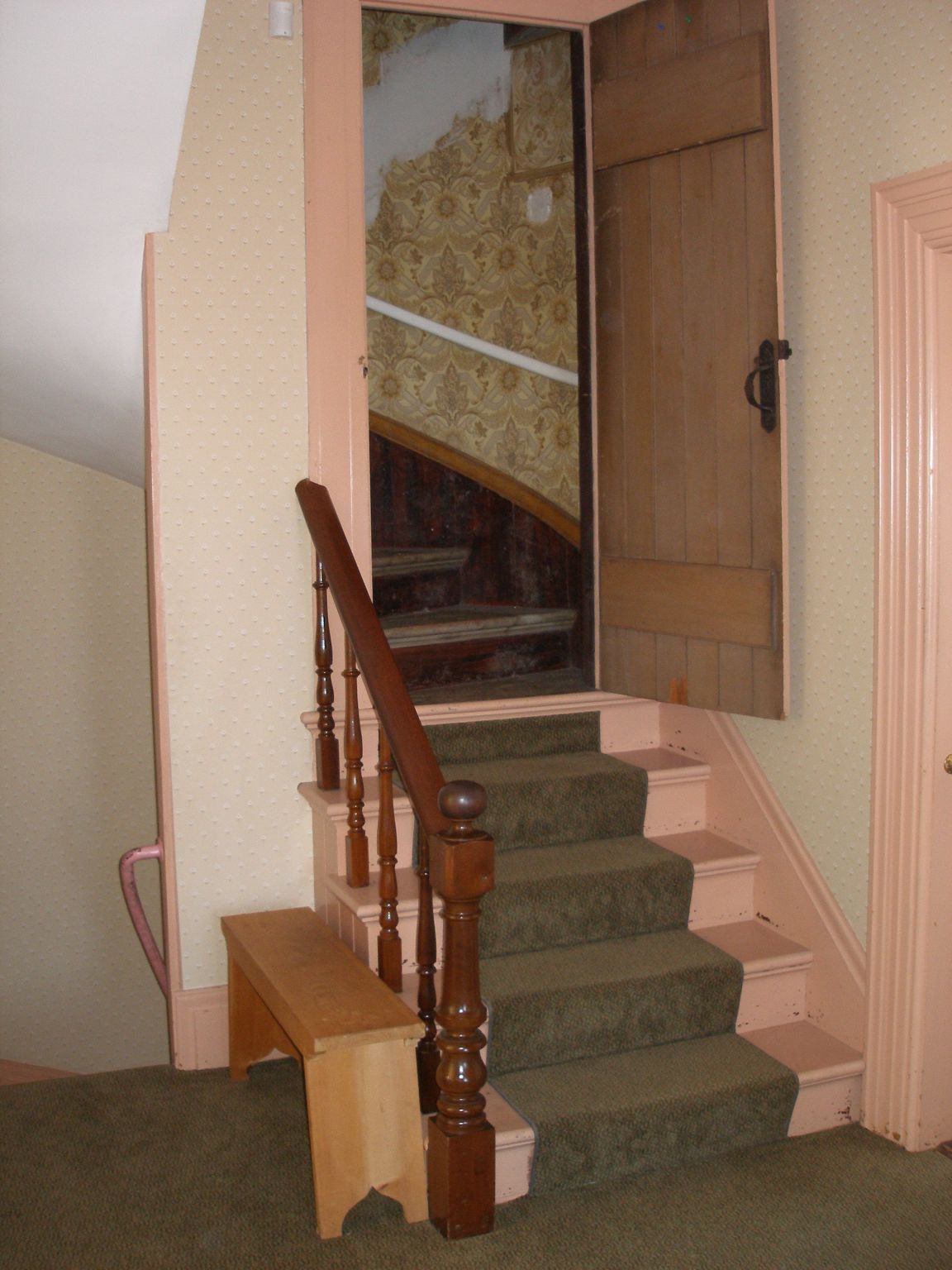 The risers on the stairs are painted red and black to suggest rosewood. The gold-coloured woodwork is combed to simulate oak, and the treads of the stairs are marbleized. Delightful! 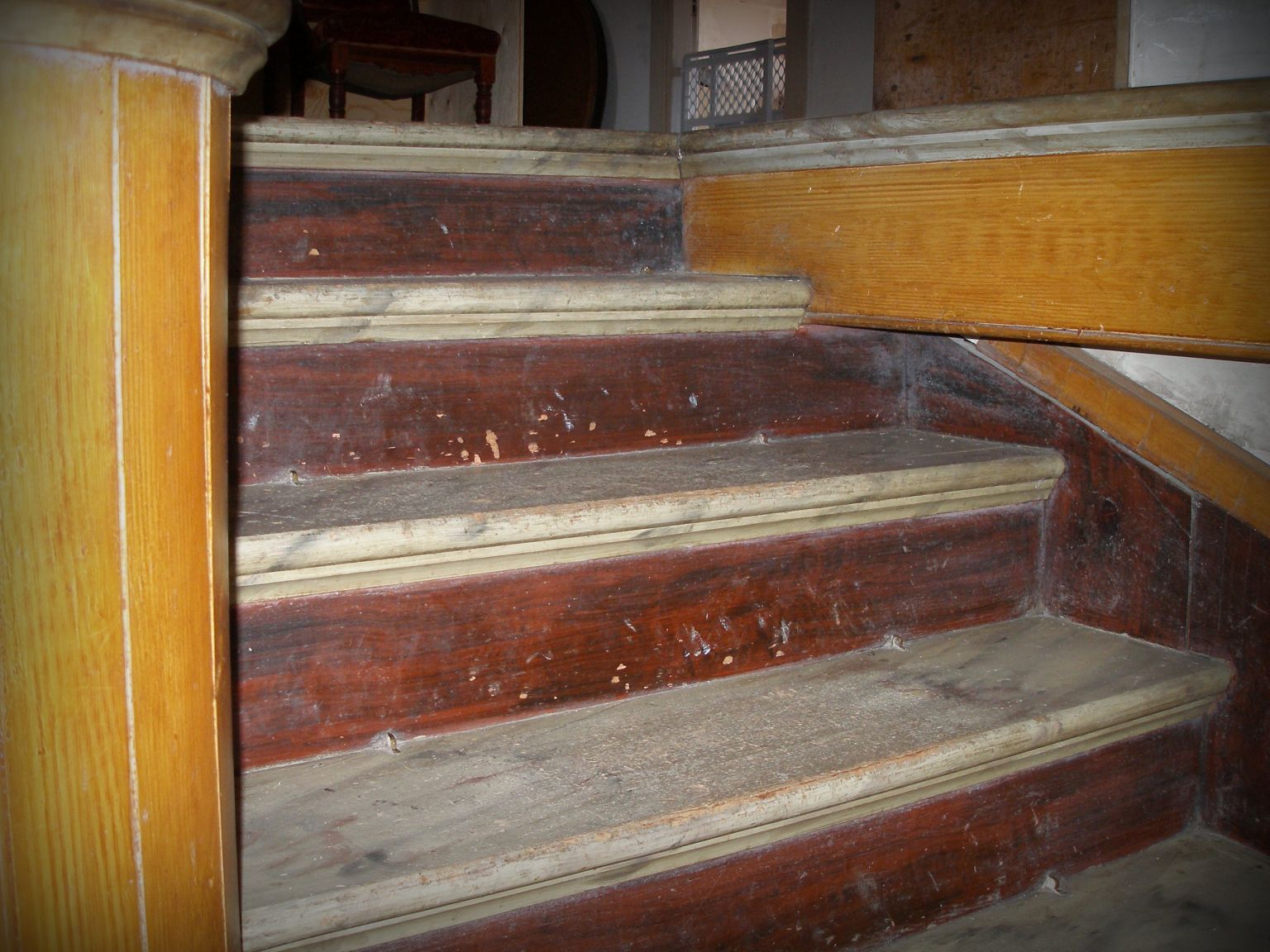 So you can see that I’m not adverse to fake wood grain, but unlike our little oven, it should spark joy (as they say). 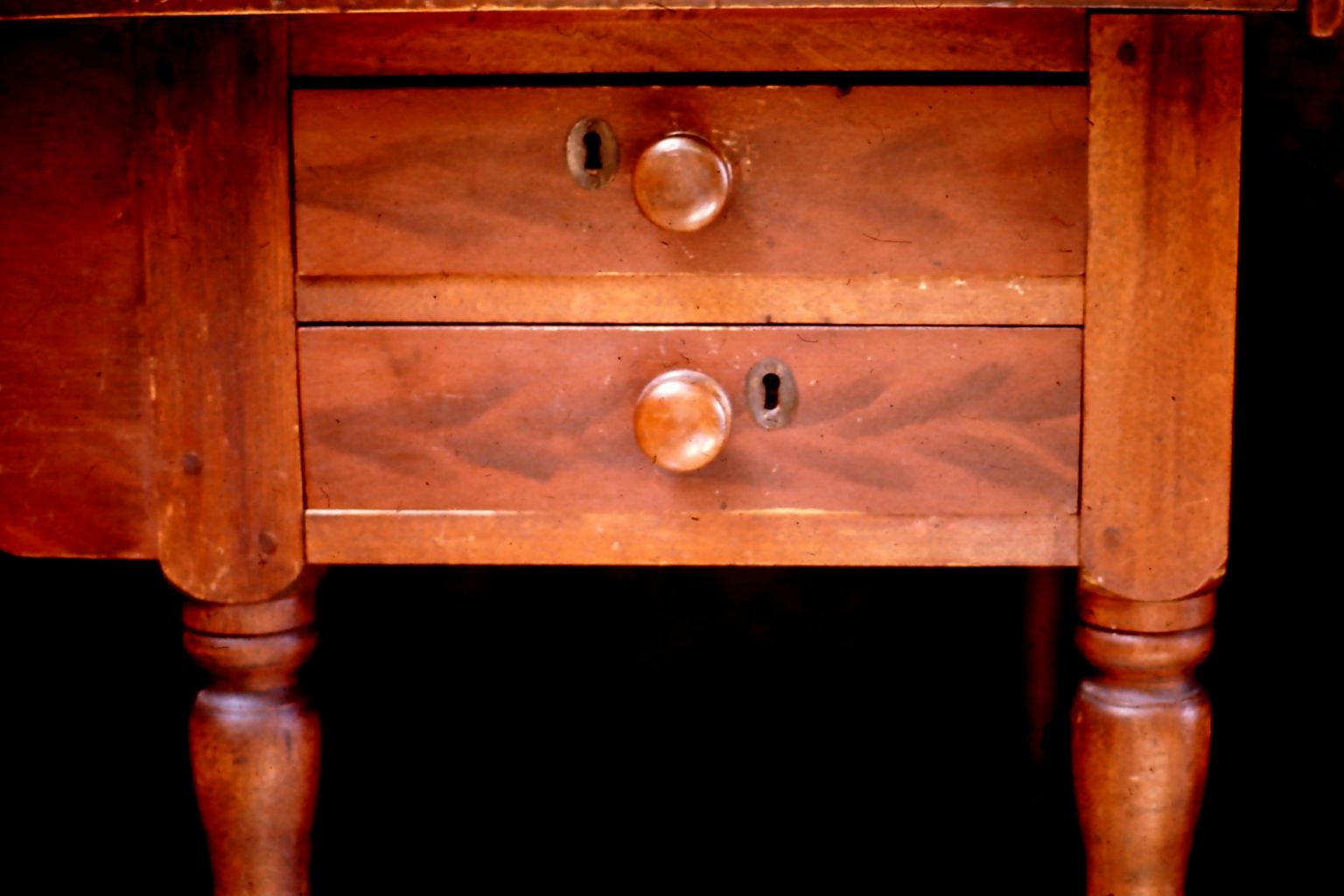 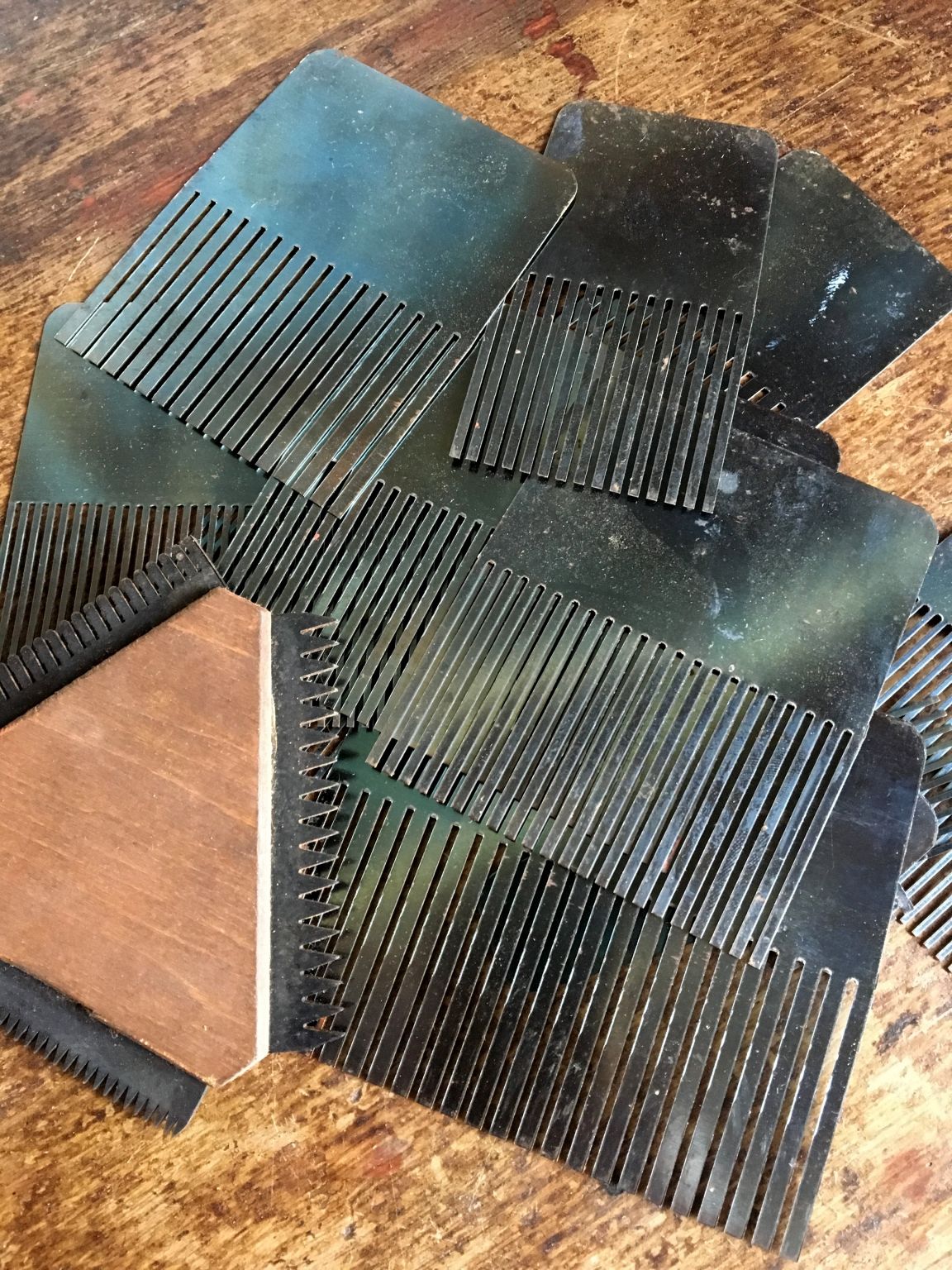 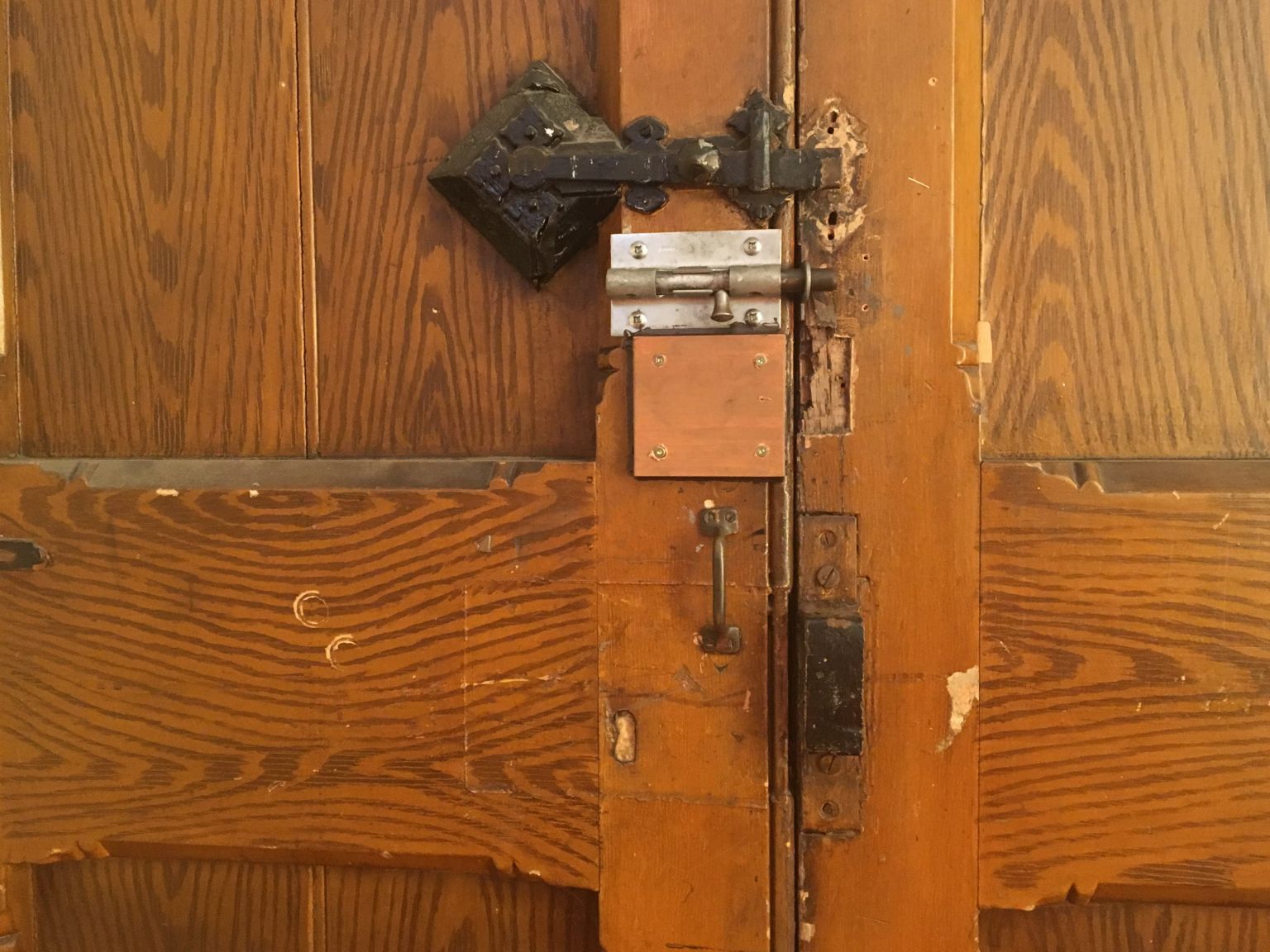