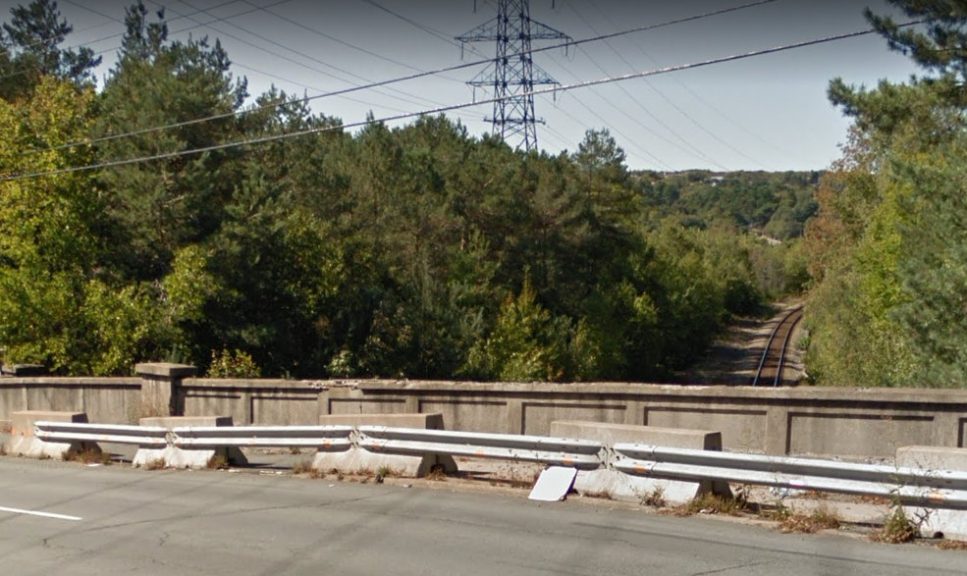 Listen. Do you hear the wails of despair and anger from the thousands of commuters that use Quinpool Road everyday? The bridge over the railway cut is going to be repaired, and the road will be closed for four months. Lots of ideas are wafting around about how the project could have been planned better. Personally I’ve been thinking about how well served we have been by the old concrete bridges.

By my count, there are 11 concrete bridges, all just over 100 years old, that cross the rail cut that snakes along the west side of the Halifax peninsula and ends at the deep water port and the train station. This massive construction project project started just before the First World War and trains were running in 1918. There is a Built Halifax post that tells that story.

The Canadian Science and Technology Museum has a photo of one of the concrete arches under construction, perhaps for Mumford Road around 1917, I guess. 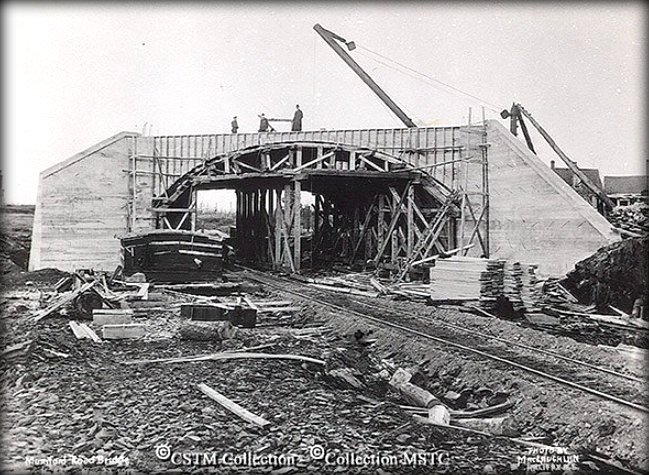 I stopped this week to look at the Quinpool Road bridge from a distance. As I walked onto the Prince Arthur Street bridge there was movement in the woods that border the railway cut, and two deer descended the slope. The rail line is a significant wildlife corridor. The Urban Greenway is a concept for a multi-use trail that follows this route too.

Seen from above on Google Earth the bridge does appear to be in a park-like setting. 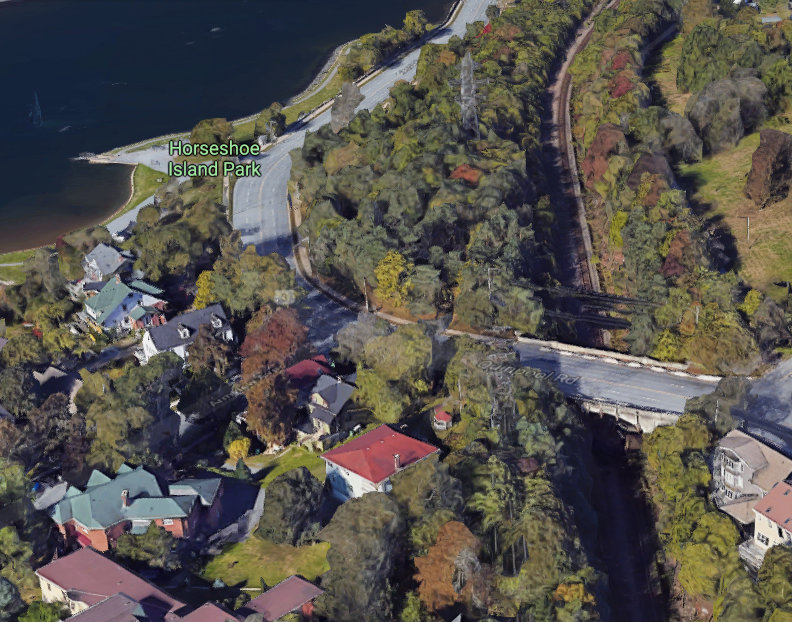 But for many years, the on-the-ground experience has been dismal, with crumpling concrete and makeshift truck barriers and their associated garden of weeds. No love here. 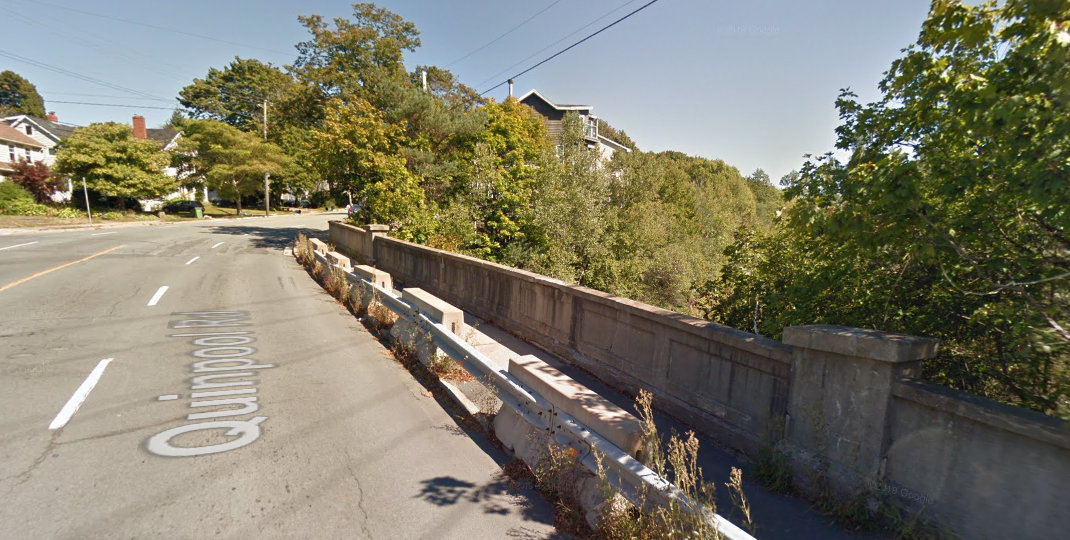 The Young Avenue double arch bridge was the fanciest of the set, and because it is on the ceremonial route to Point Pleasant Park, it has had better maintenance at the pedestrian level. 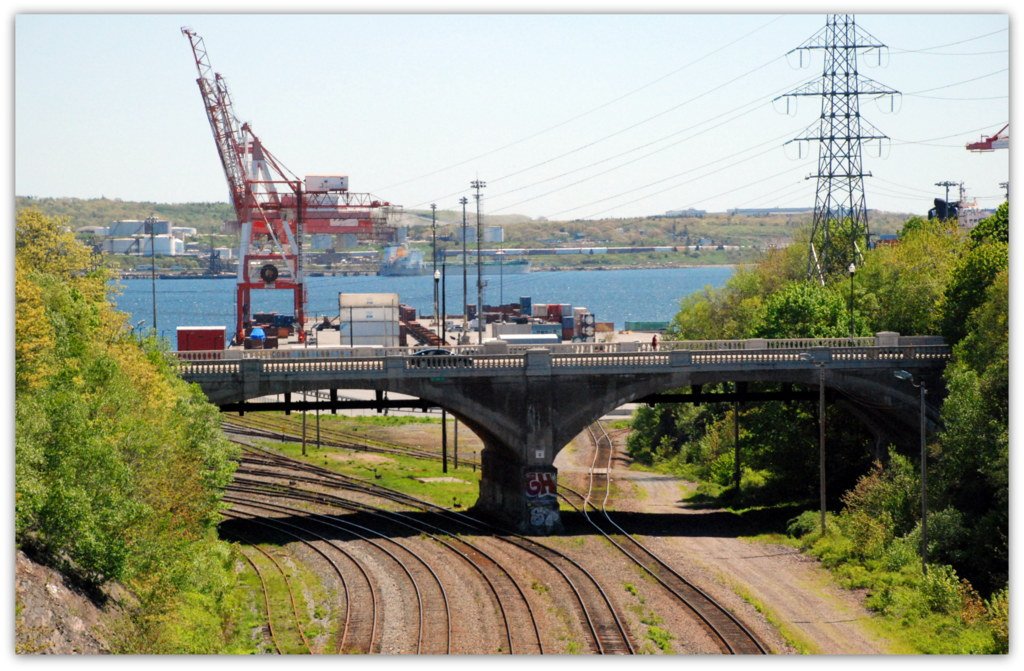 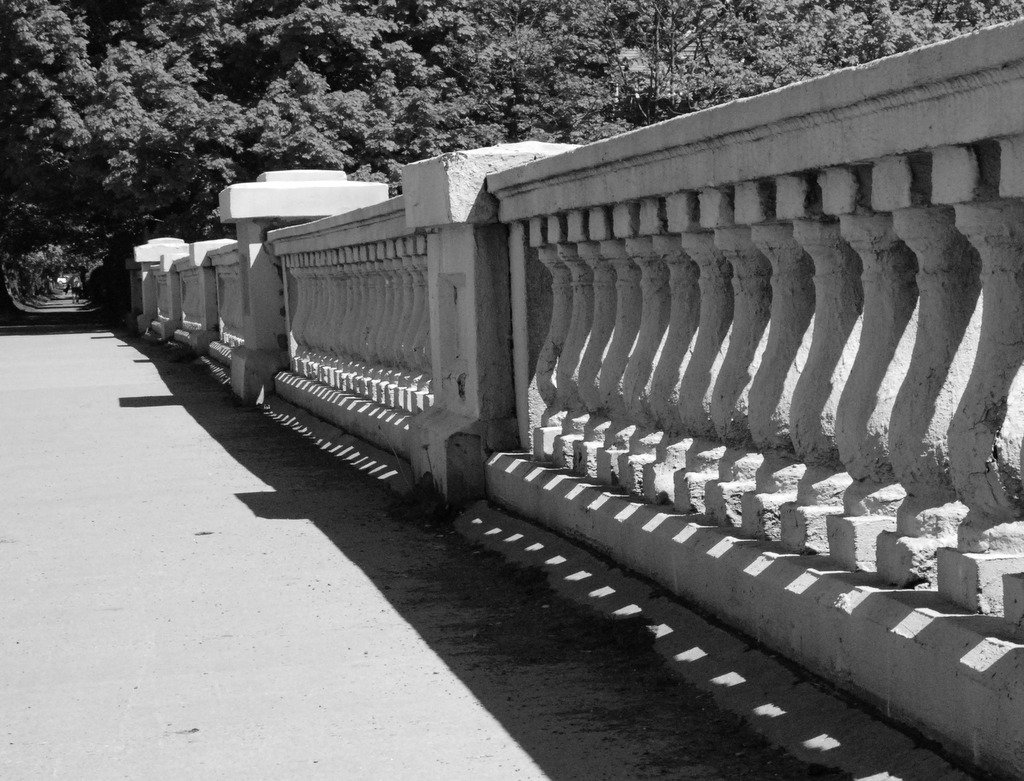 I could not find drawings of what the refurbished Quinpool Road bridge will look like, but I hope that it not simply engineered, like our highway bridges. These old concrete arches were designed with a simple but robust elegance, and that spirit should endure.

The Bell Building on Granville Street is now part of the Art College and was built about 1904, ten years or so before the railway bridges. 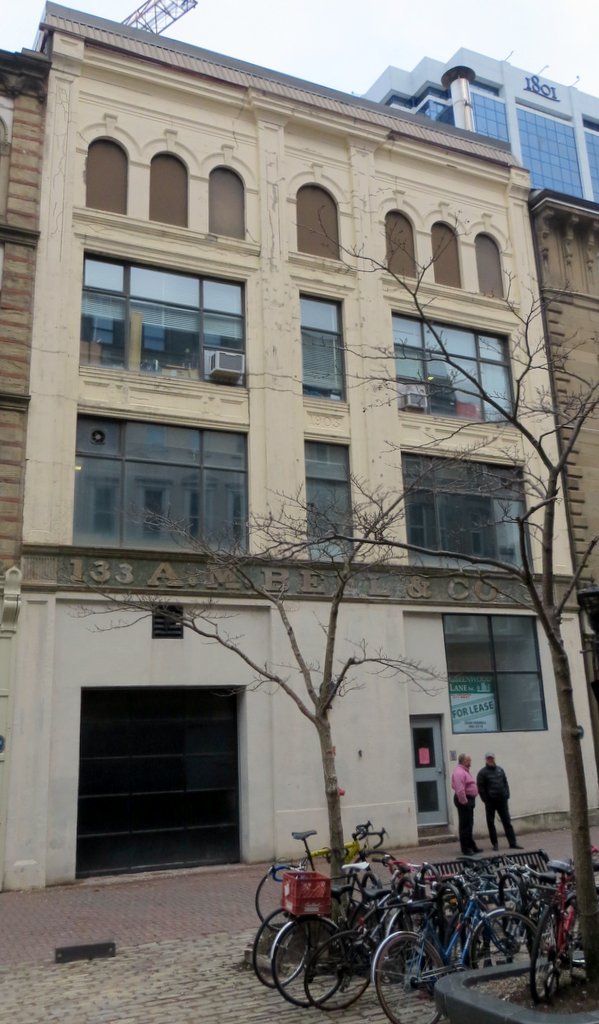 Don’t those bicycles make it look like we live in a contemporary city?

The 1907 Brander Morris building on Barrington Street is made from concrete block that was cast to look like stone, if you’re not too fussy. 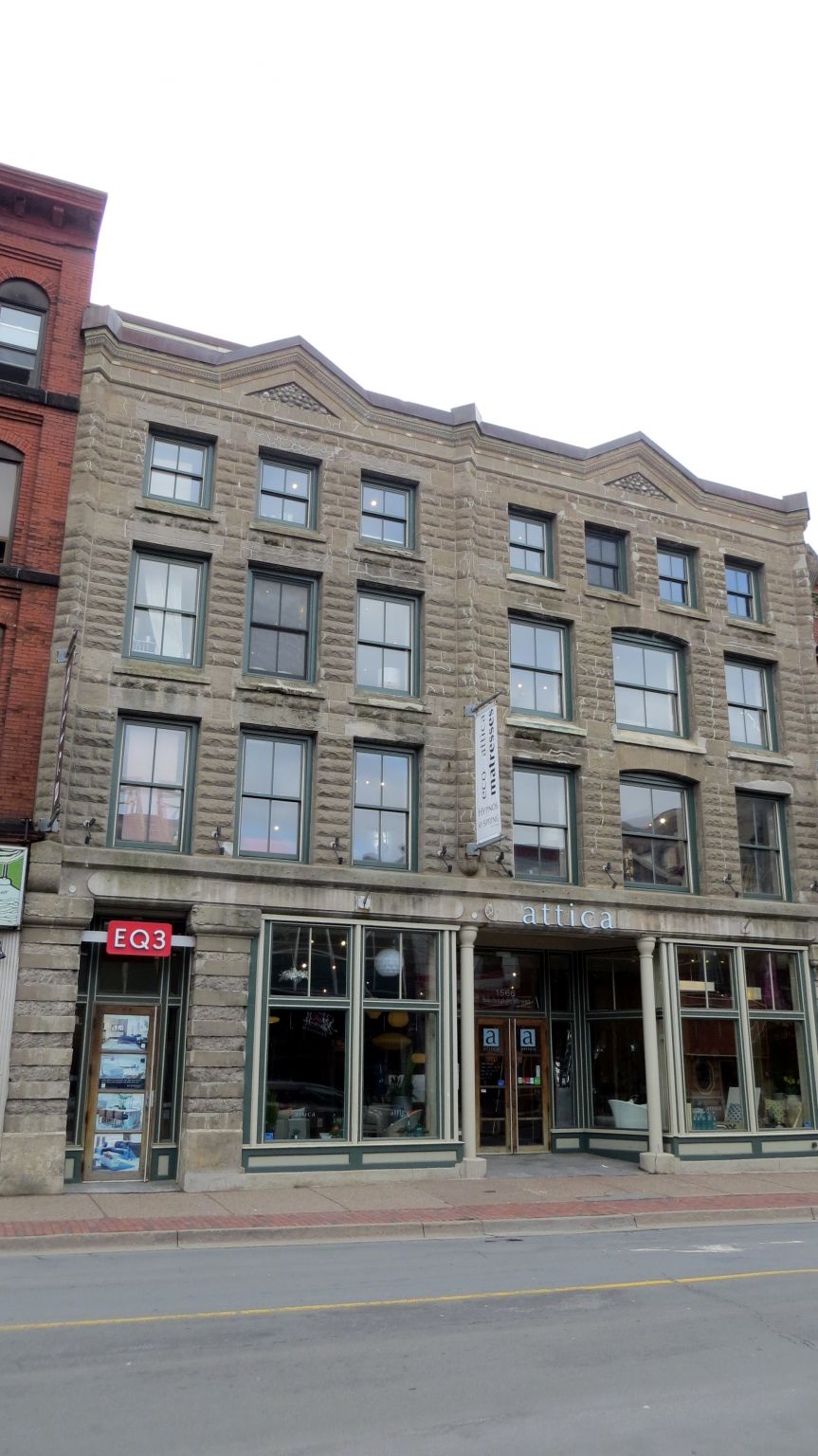 And just up Barrington Street is the very modern feeling Tramway Building, constructed in 1916 and designed by our favorite architect, Andrew Cobb. 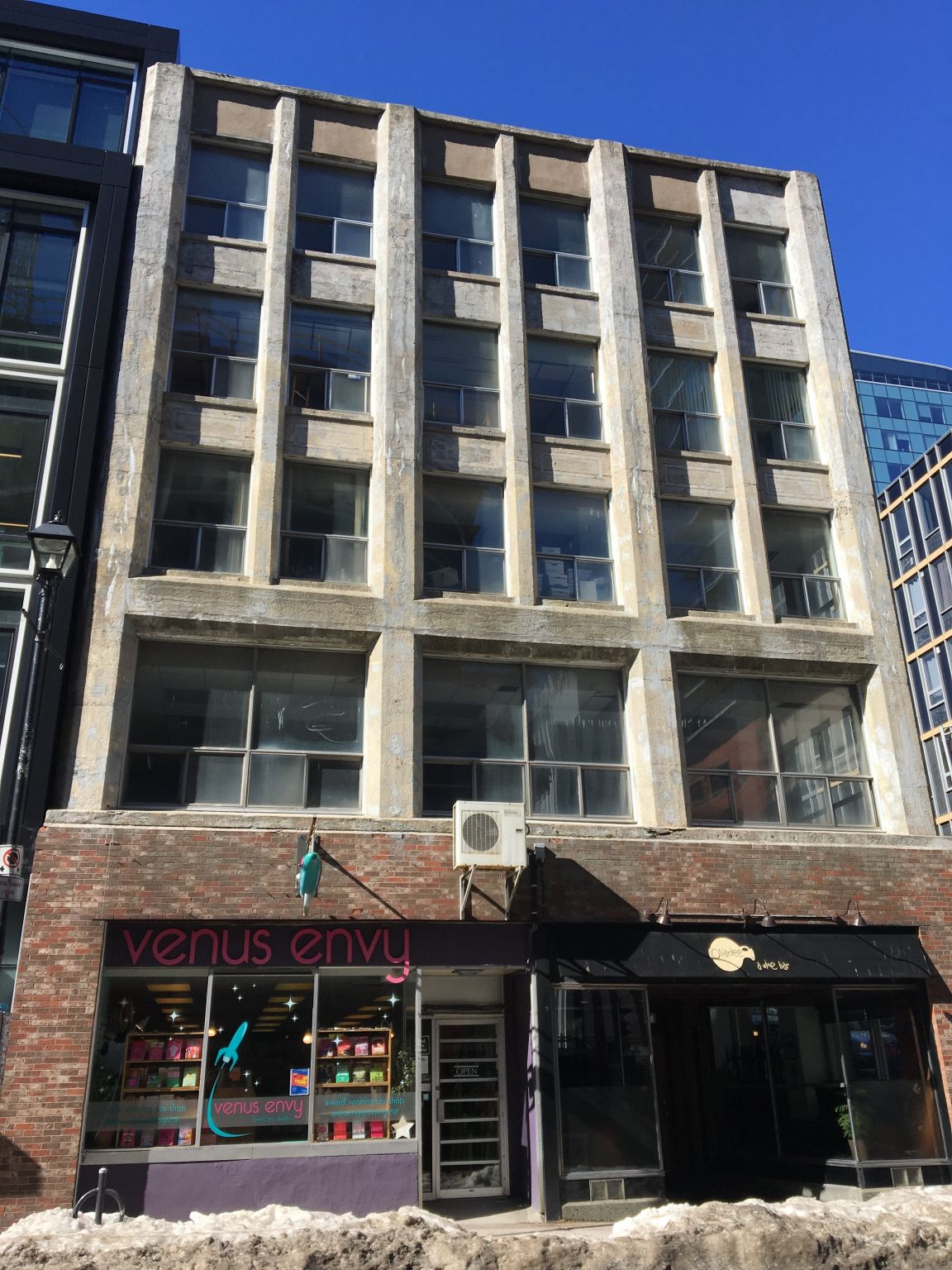