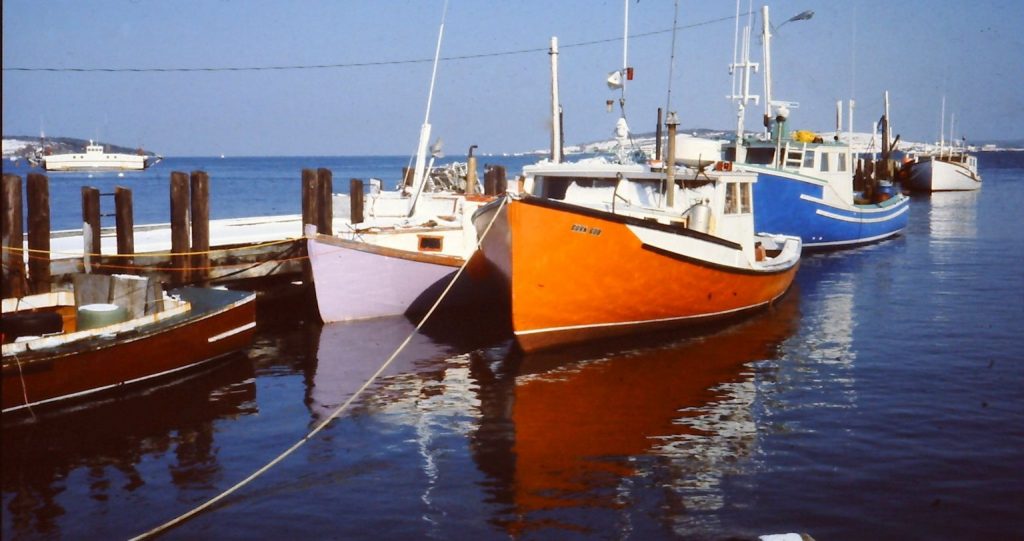 These days there is lots of talk about place: place making in communities, and the importance of places that reflect our values, or places that inform our narrative. For Sheila and me, government wharves are such places, and we seek them out on our rambles around Nova Scotia. In many coastal communities, they are a safe place for visitors to stop, and for an experience that combines elements of a town square with an industrial workplace.

Often highways bypass the community wharf, but you can develop a feel for where one might be located (waterside is a good bet). Expect the wharf to be at the end of a lane or road. Often a sign provides a little clue. 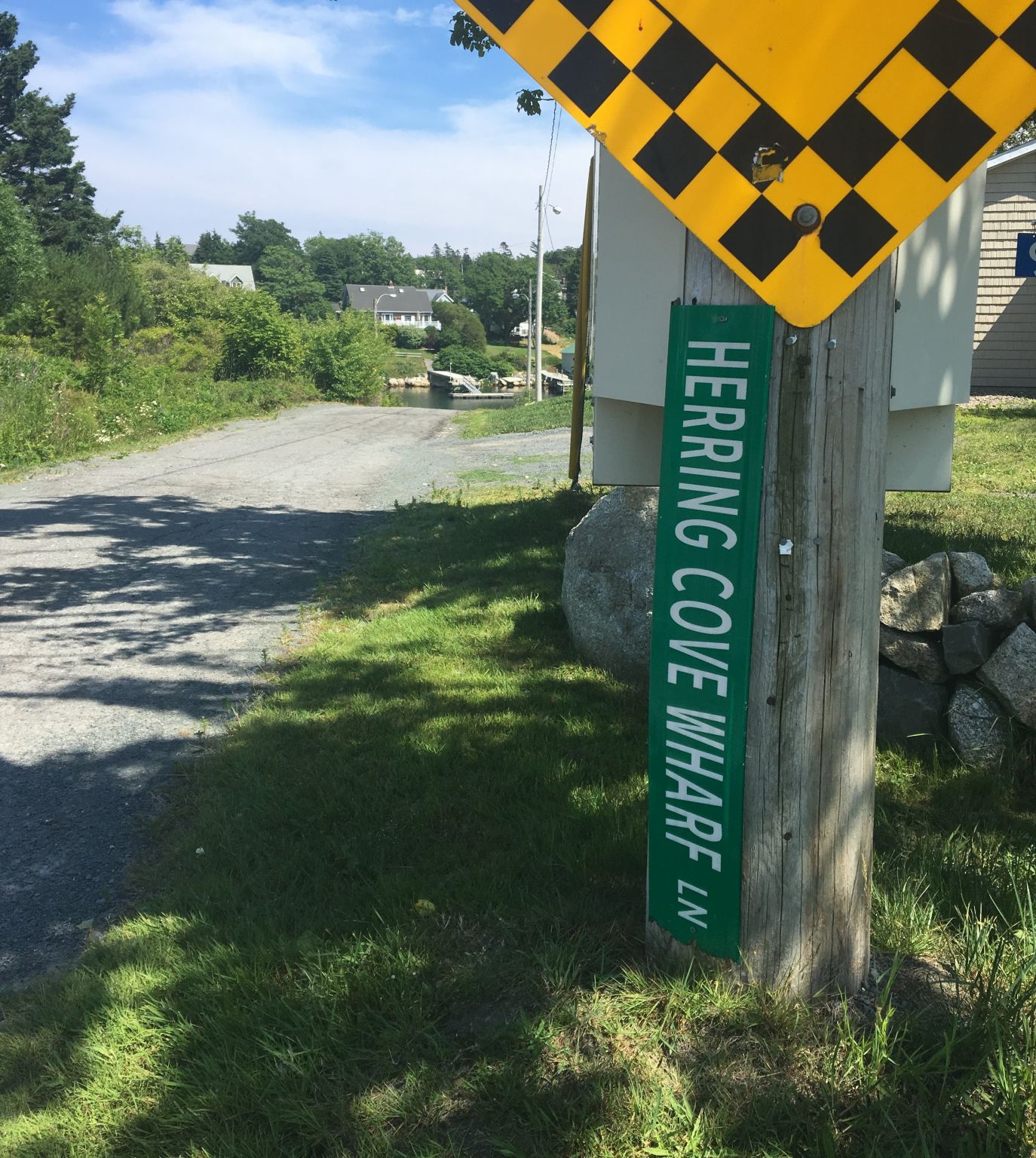 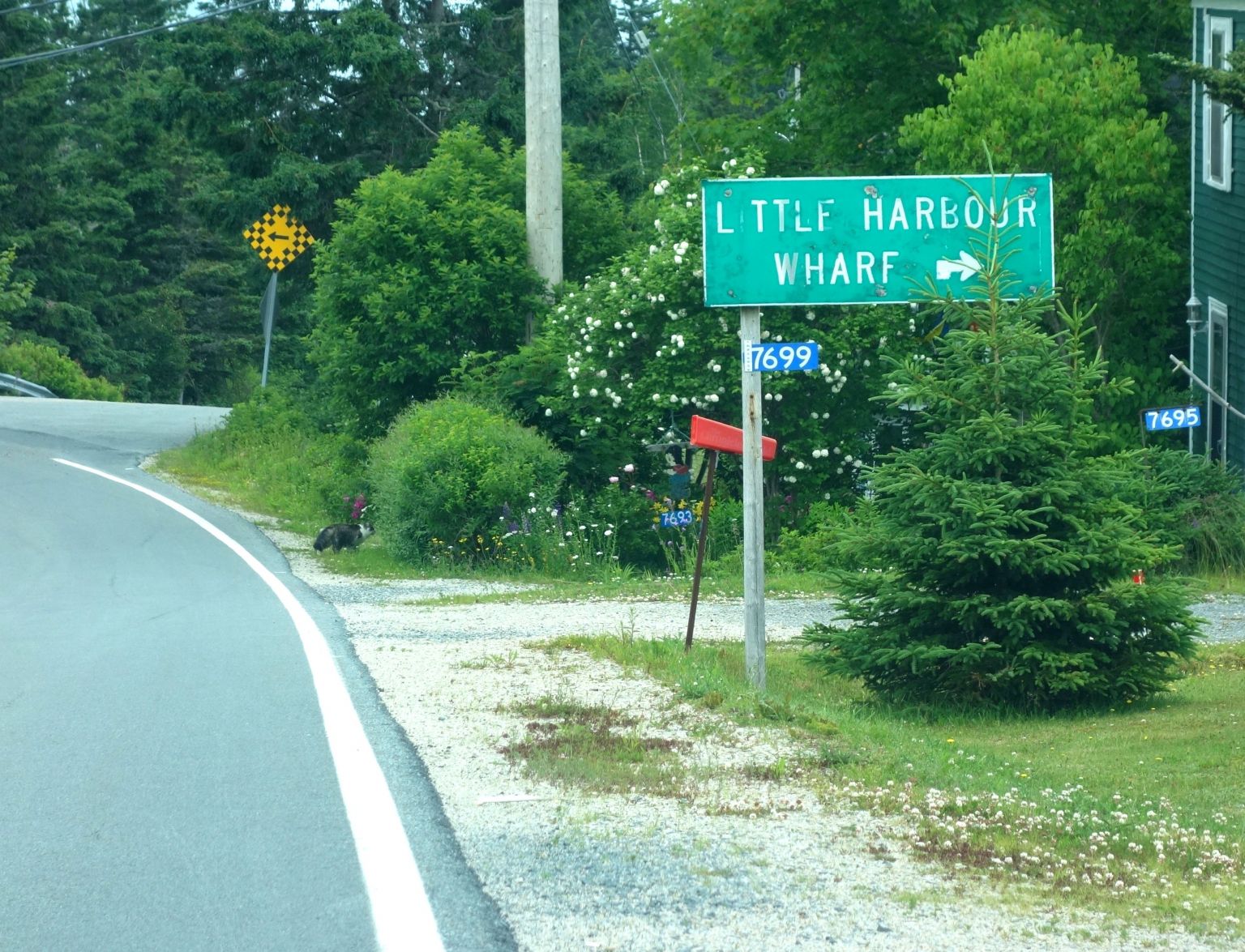 What you typically find at the end of the road is a place that you can park (and turn around), usually some working fishing vessels, and a view of the shoreline. 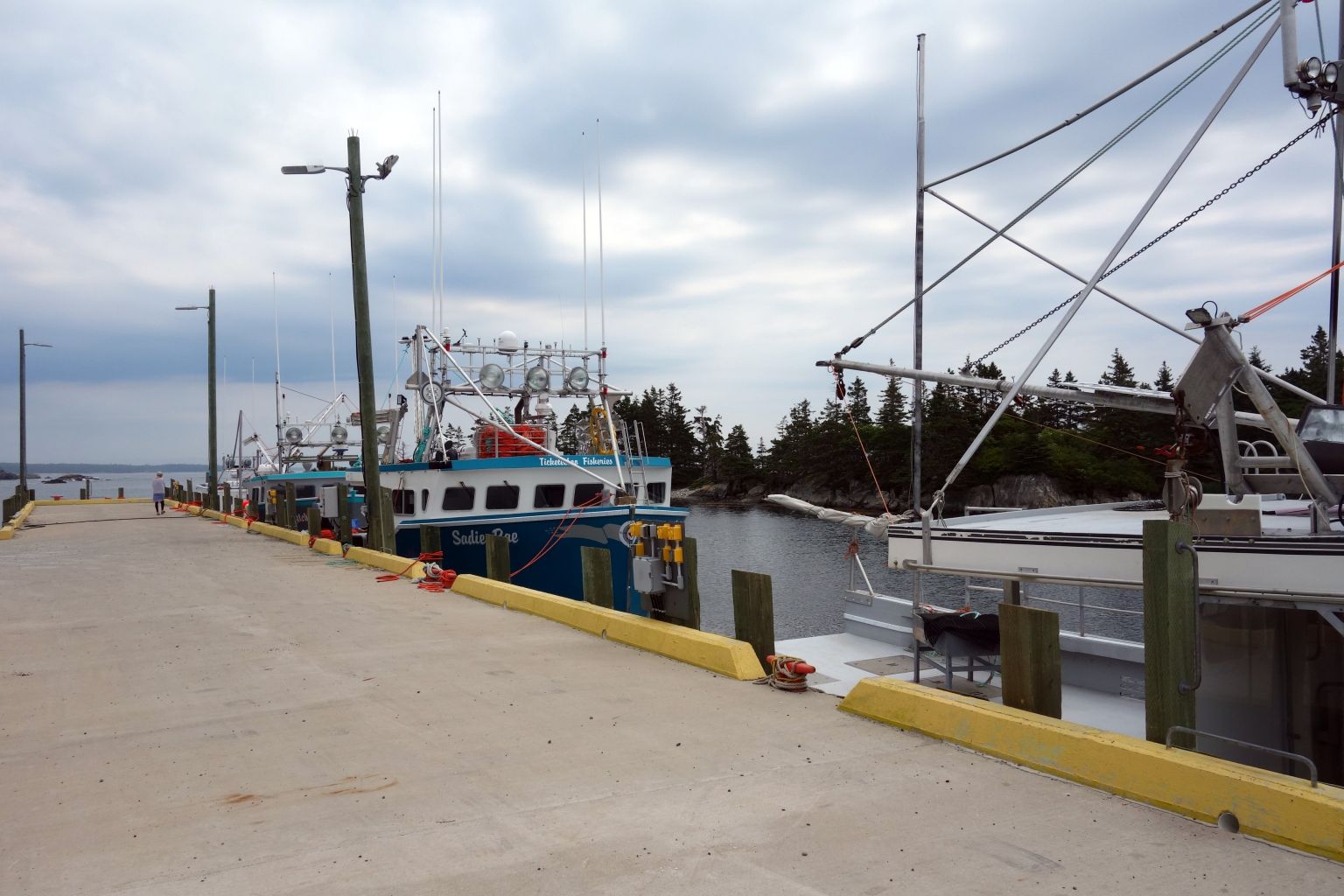 The shoreline might be the glacier-rounded granite of the south shore, or the basalt cliffs and giant tides along the Bay of Fundy. The condition of the wharf sometimes shows evidence of the last fierce storm or the voting patterns of the riding. 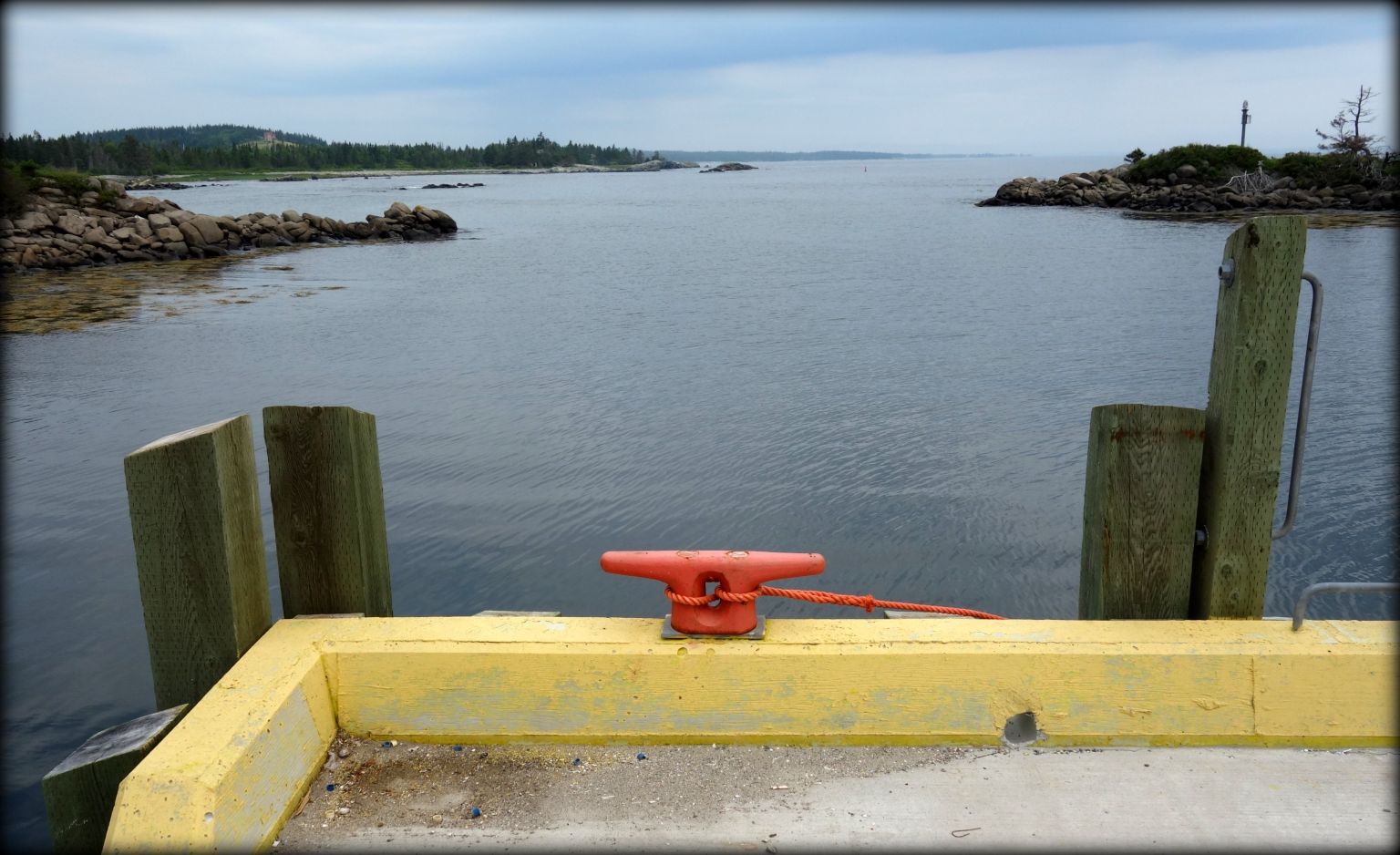 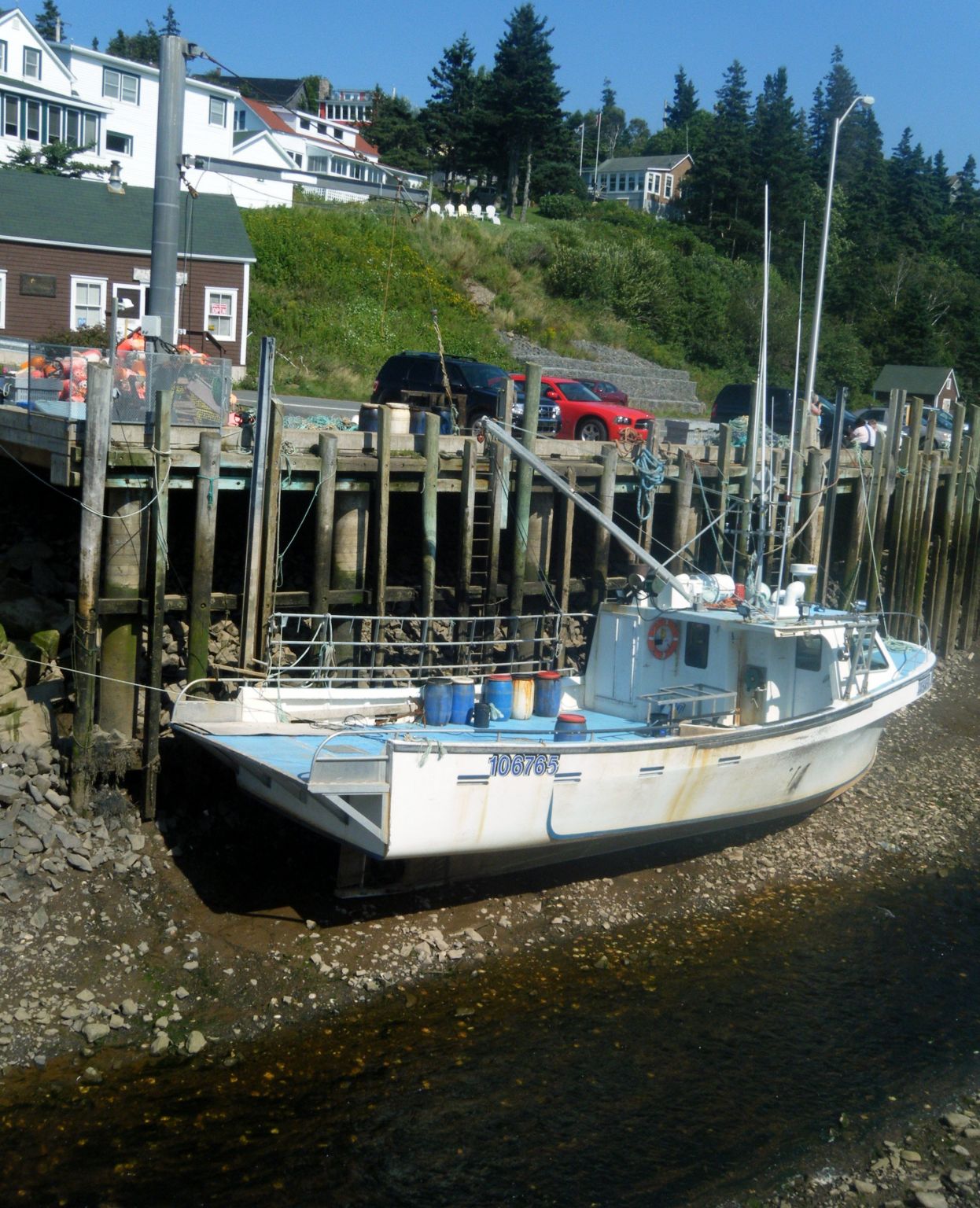 It is not always easy for the novice to interpret what fishery a vessel pursues. Boats I thought were designed for modern lobstering were actually set up for offshore scallops. Decoding vessel names takes less prior knowledge. Often they celebrate wives and daughters, along the lines of Uda R. Corkum or Tina & Sisters. But there can be other themes: a couple of years ago we visited the Lockeport wharf where finance seemed to be top of mind. 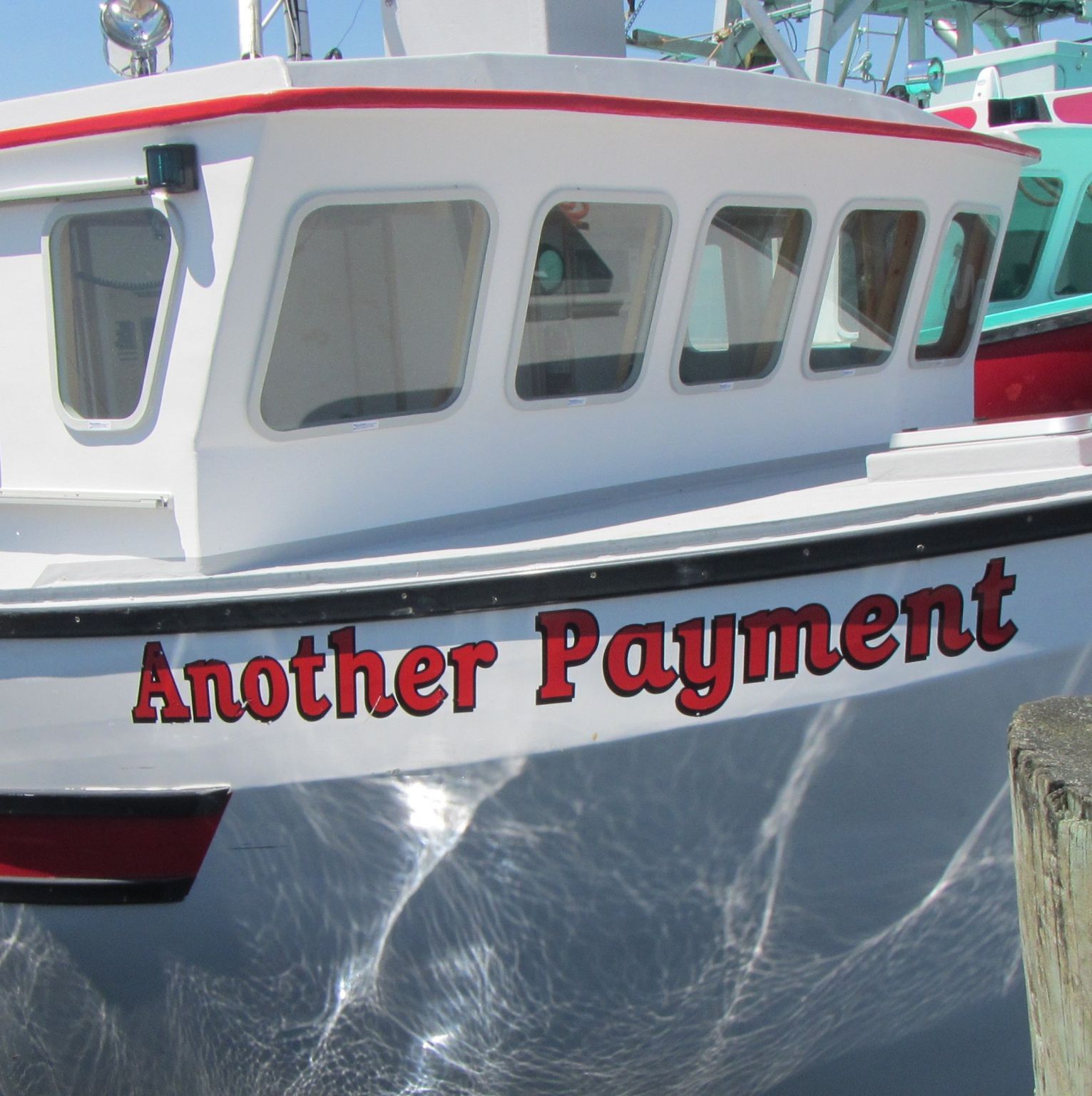 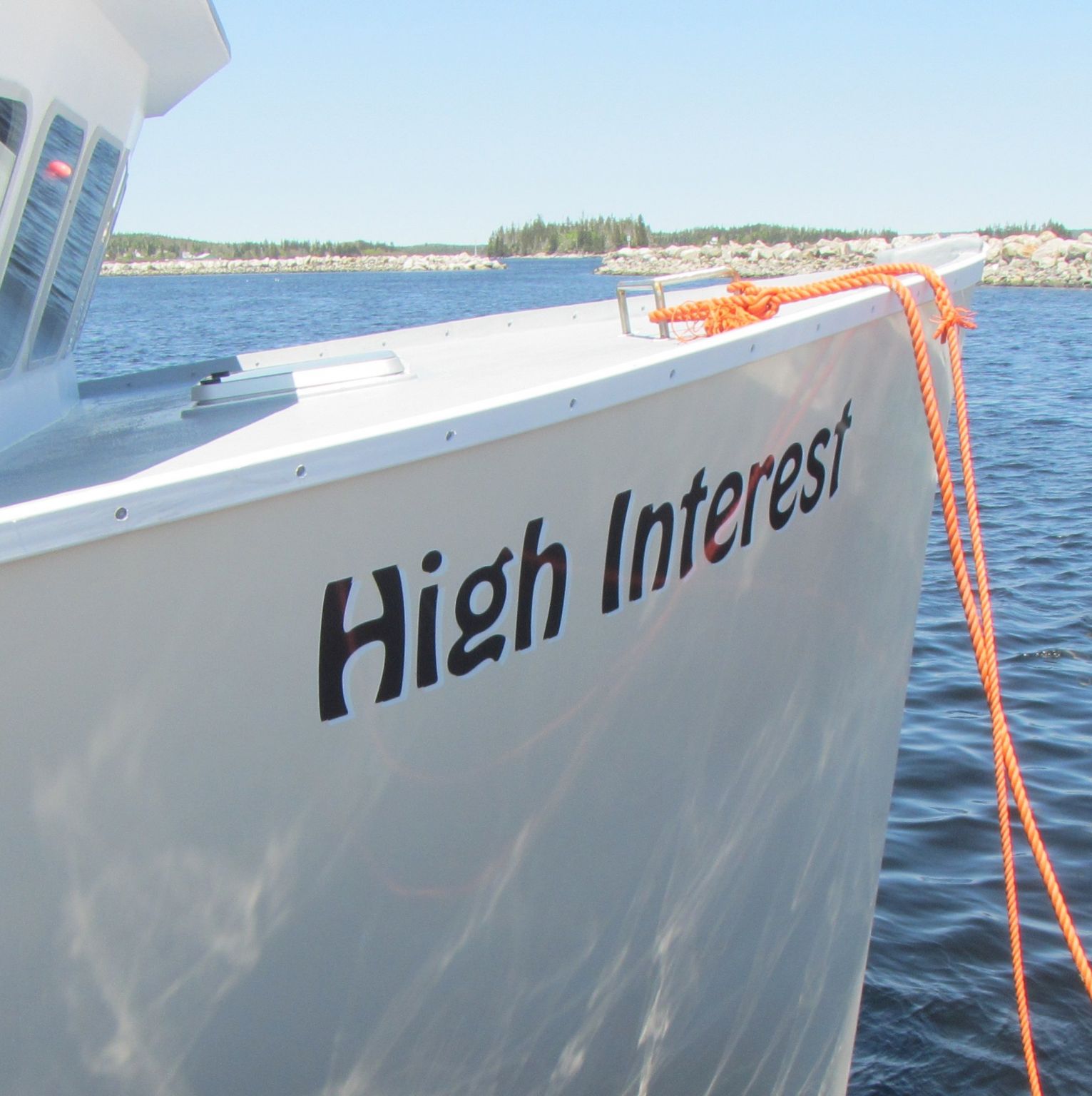 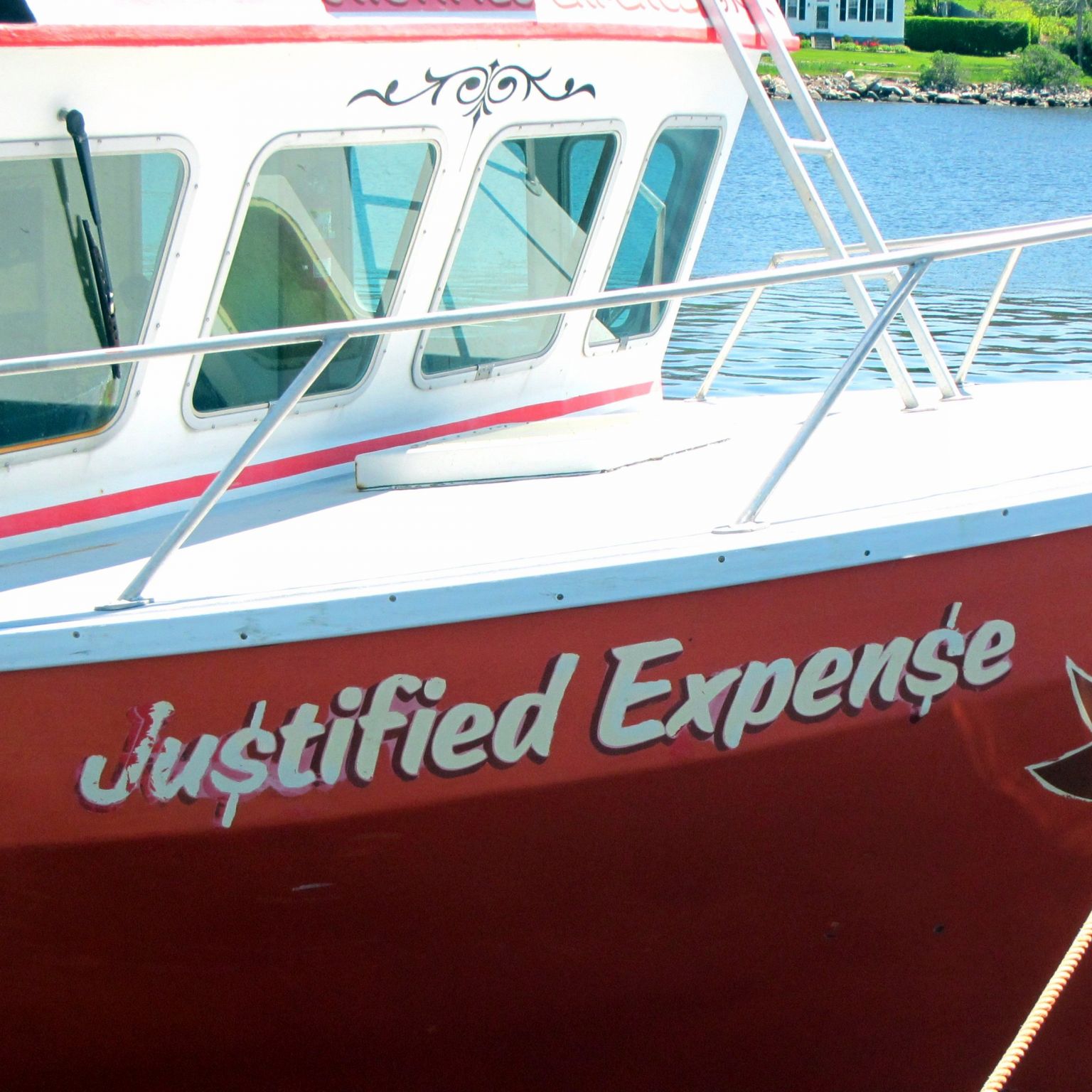 Often there will be gear stored on or nearby the wharf. These are industrial workplaces, but the actual harvesting activity happens out at sea, and maybe the fishery, lobstering for example, will not be open when we are visiting. 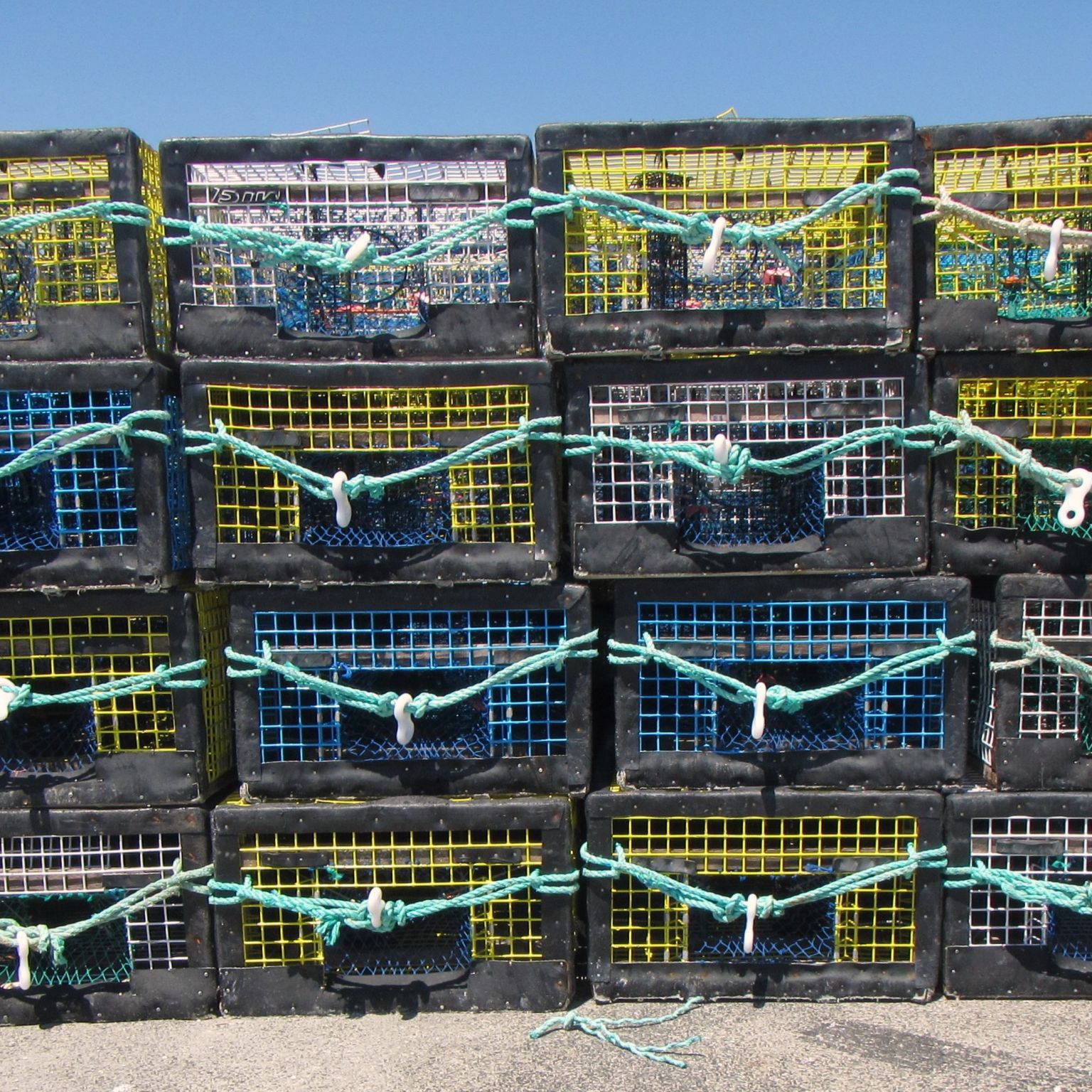 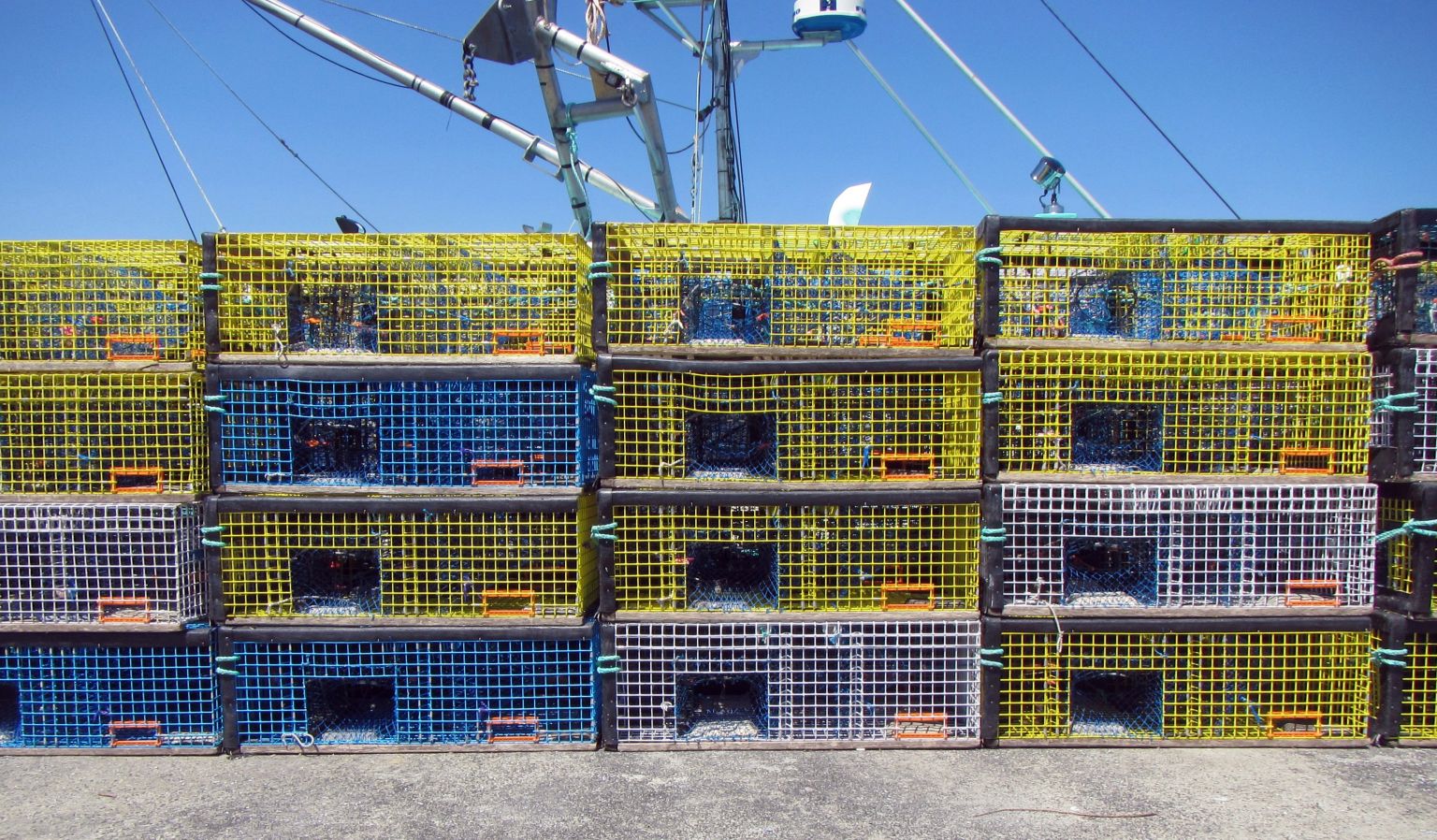 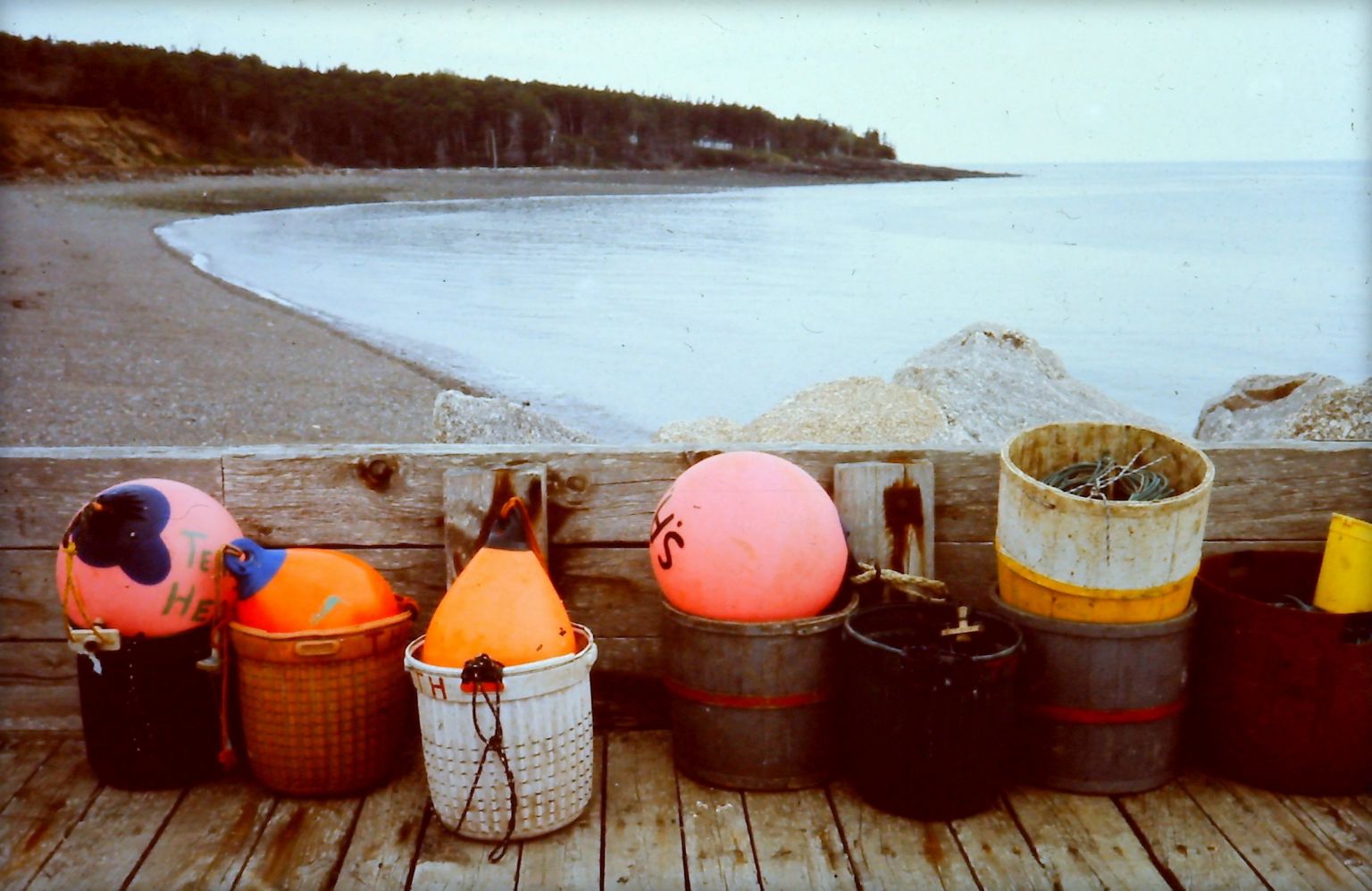 We’ve been stopping at government wharves for many decades, and I noticed, in some of my older photos, bits of gear that have now disappeared. I believe these boats were built to tend mackerel traps that once lined St. Margaret’s Bay. 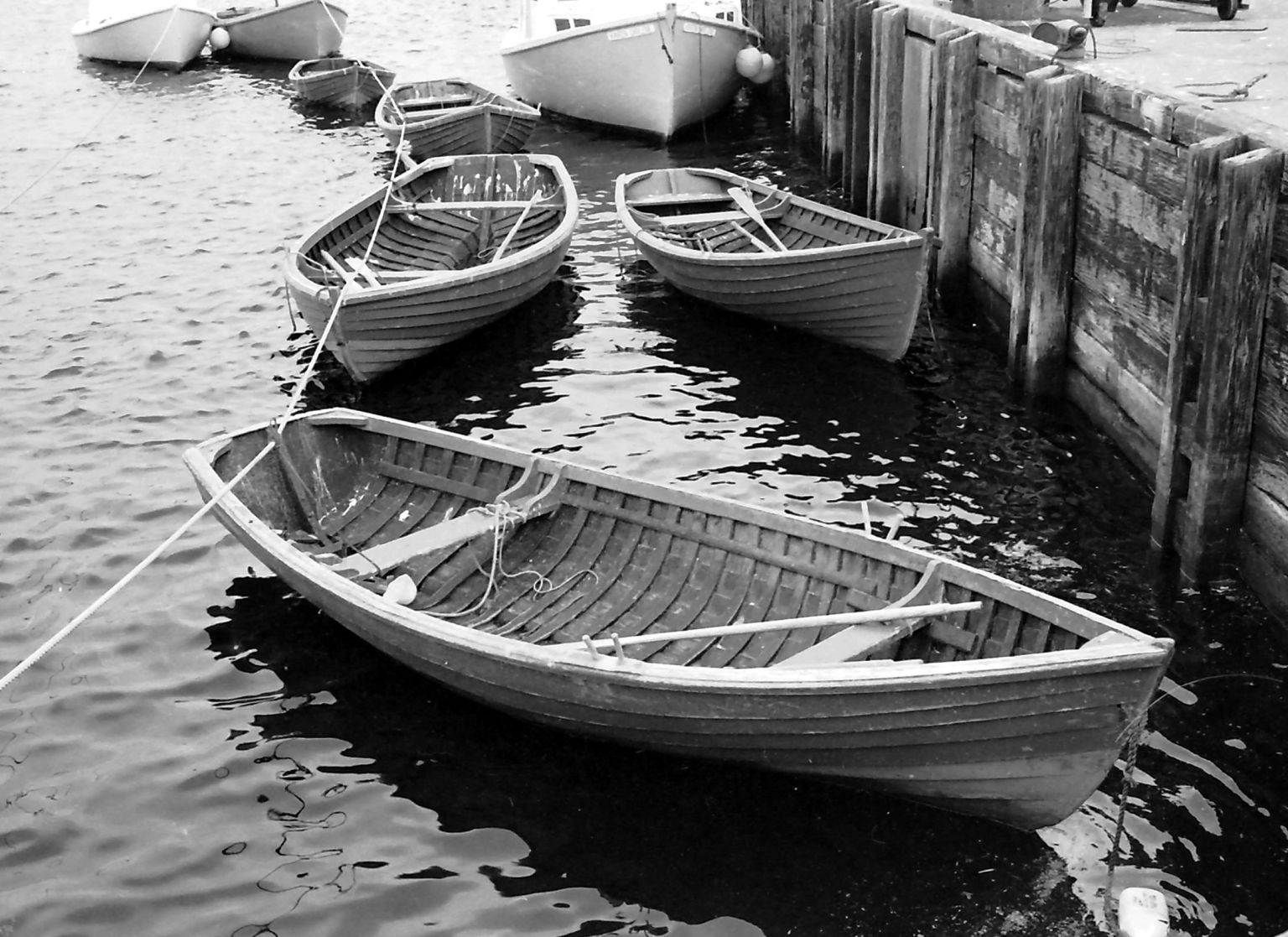 Killick anchors are probably not still in use. I once wrote a post about them. 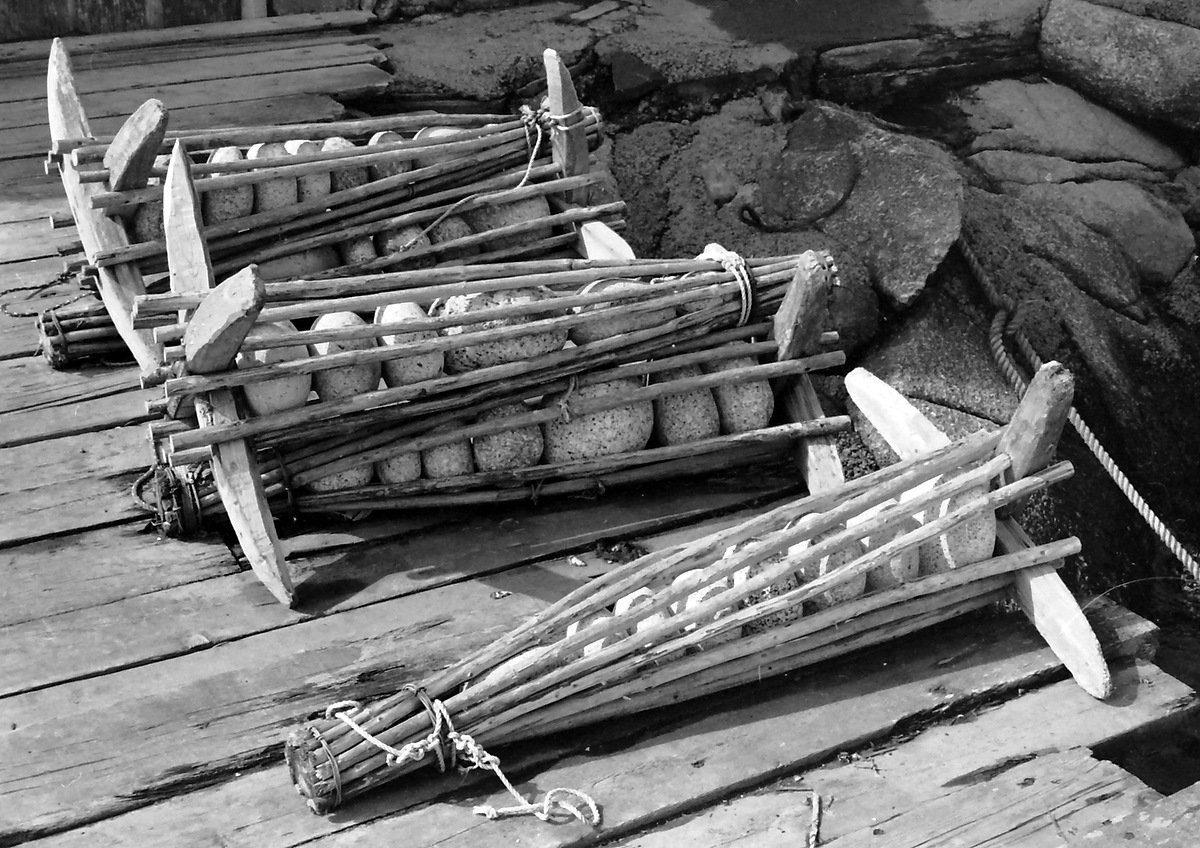 Traditional lobster traps, clad in lath and net, are getting rarer. They used to be regularly observed, lashed to the roofs of tourists’ cars, like Mitt Romney’s Irish Setter, Seamus. 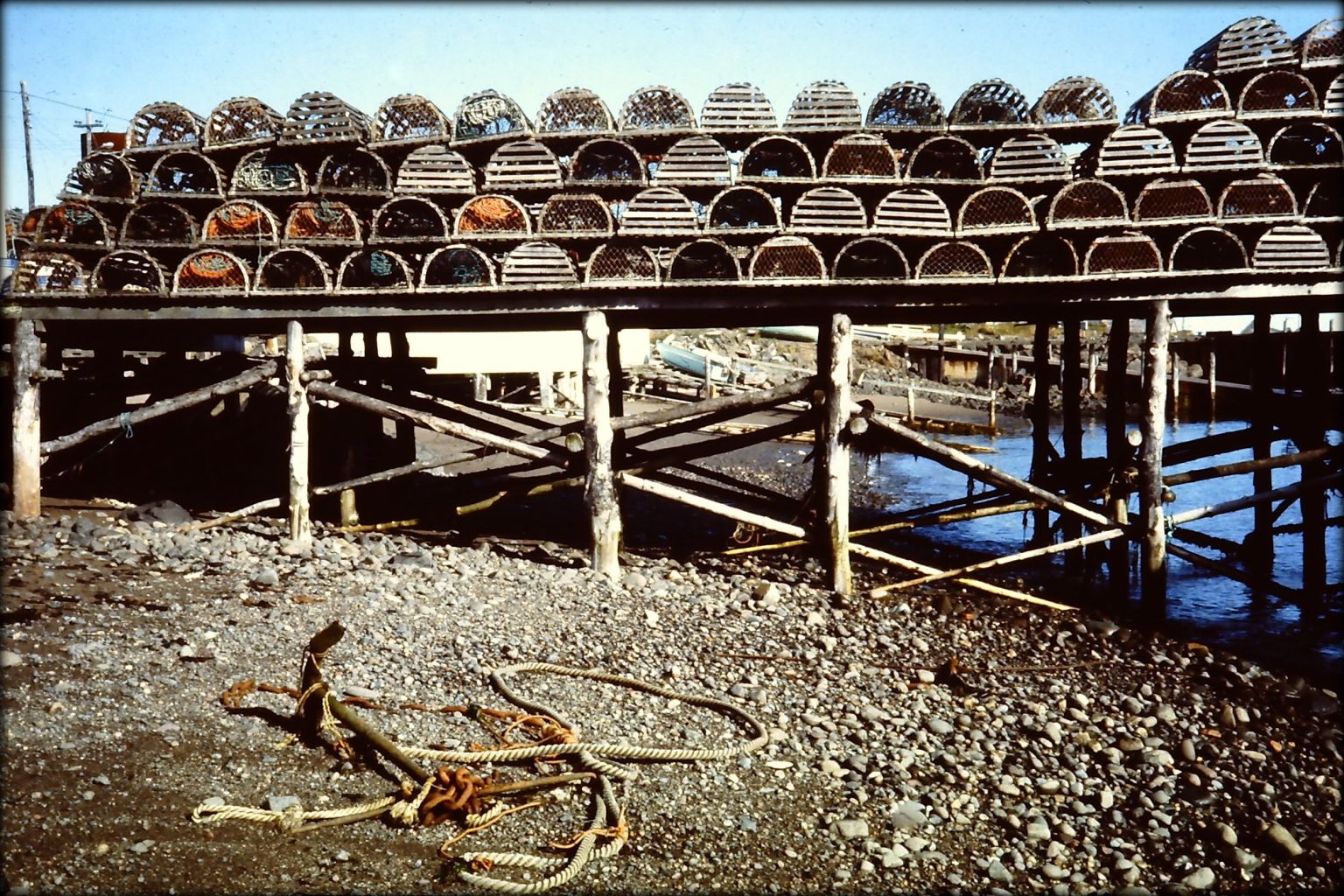 A beautiful fish plant in Freeport on Long Island is long gone. In the right place, at the right time, this complex could have become a “pink hotel, a boutique, and a swinging hot spot.” 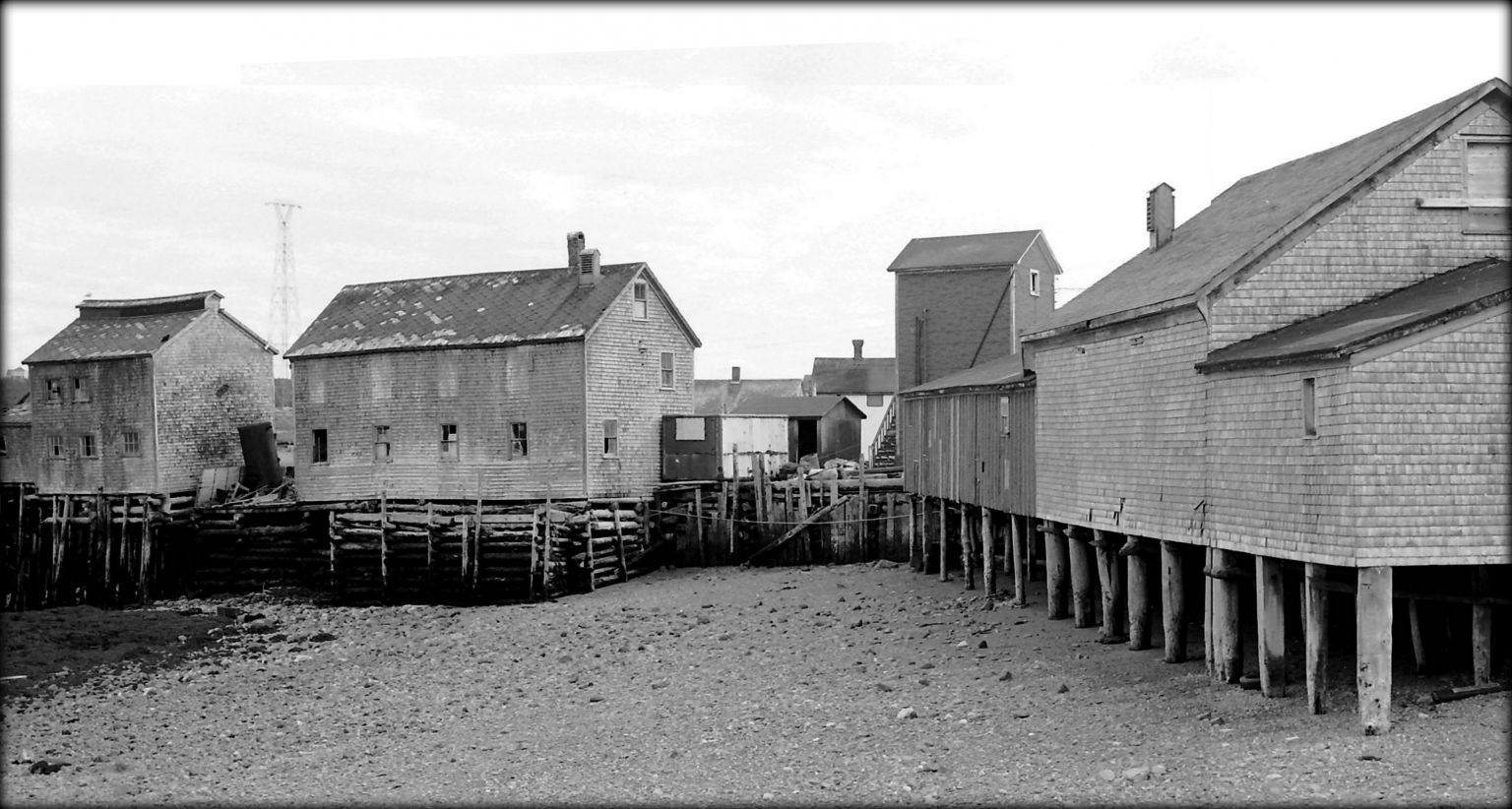 Often there is no one on a government wharf who can explain the surroundings. That’s why we were excited to learn, on a visit to Yarmouth a couple of years ago, that the local tourist board was sponsoring programs on a number of government wharves. They hired retired fishermen to hang out on a wharf and demonstrate a marine activity and answer questions. We made a special trip to visit one of these sites and found buddy braiding rope, and cajoled him into telling us stories. 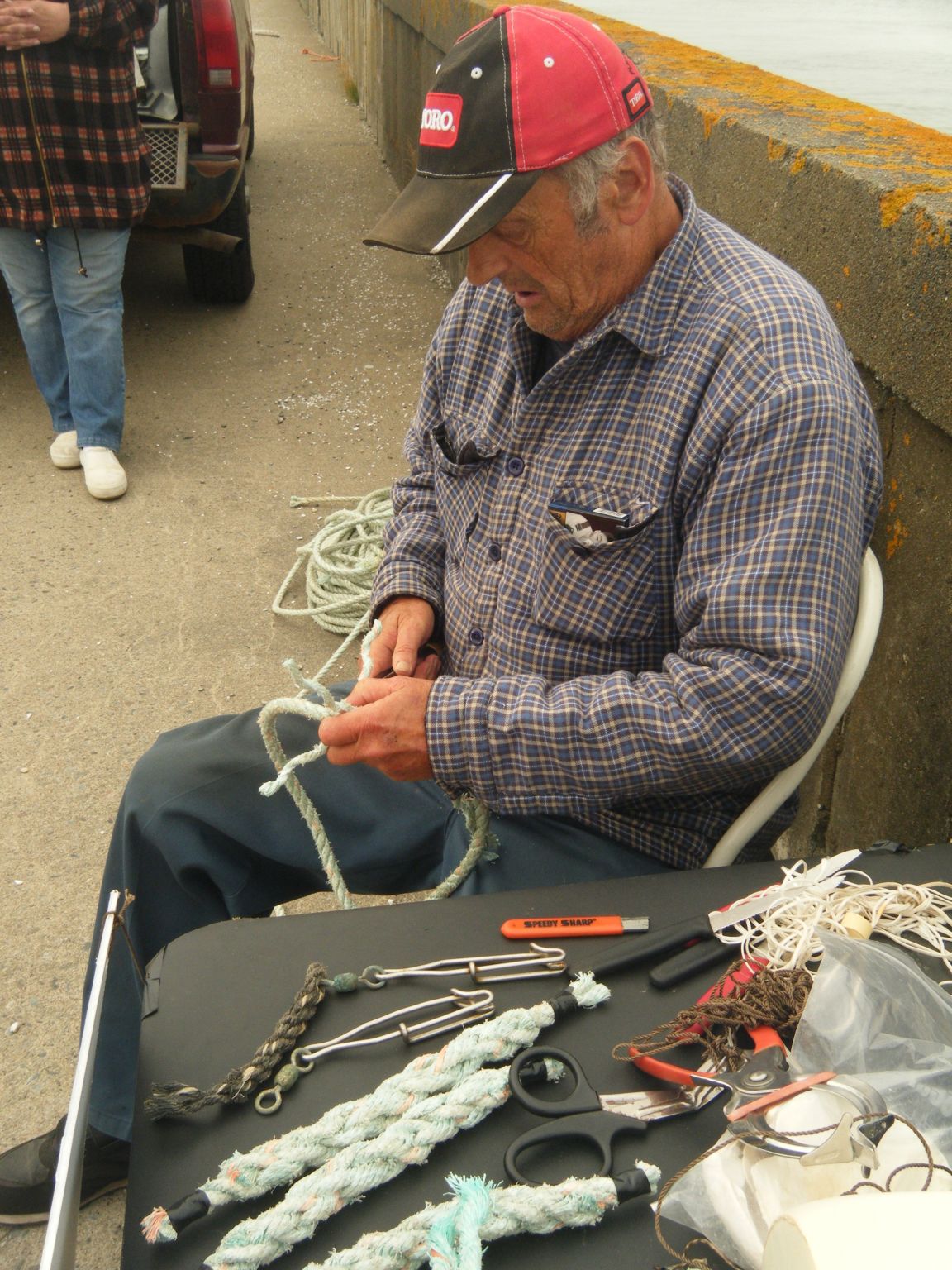 Have you noticed that the Waterfront Development Corporation has morphed into Develop Nova Scotia? This feels like a big deal. In the summer the provincial government announced the Tourism Revitalization of Icons Program, TRIP (oh dear).  Develop “will lead the planning and implementation of tourism infrastructure enhancements” at the Peggy’s Cove icon. On a smaller scale Develop is supporting the renovation of the drawbridge in Sandford (read my post here) which makes me hope that they will consider more little interventions at government wharves that fall short of iconic status. 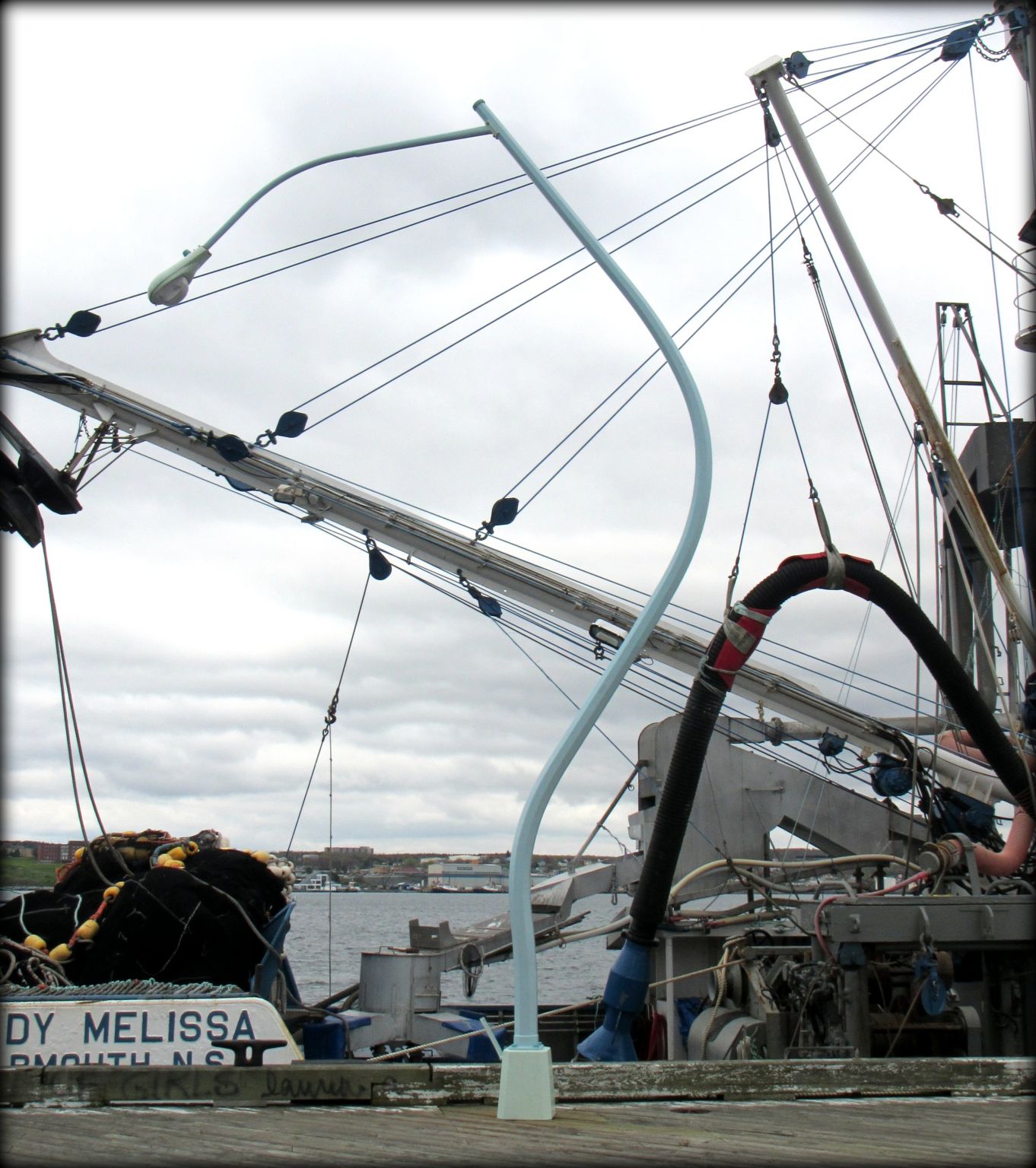