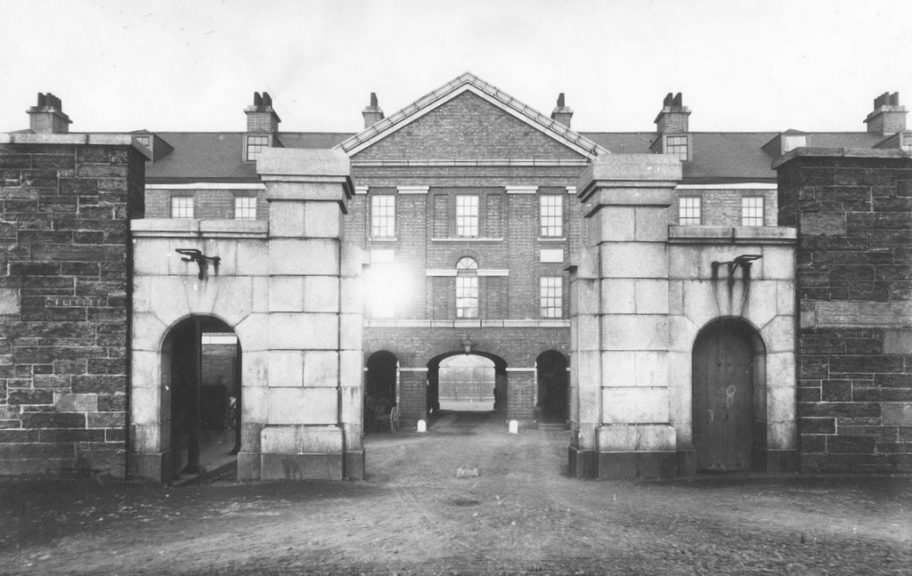 The other day Matthew Halliday tweeted a picture of an “extraordinary” new building stretching along the Gottingen Street edge of the sprawling Canadian Forces Base. 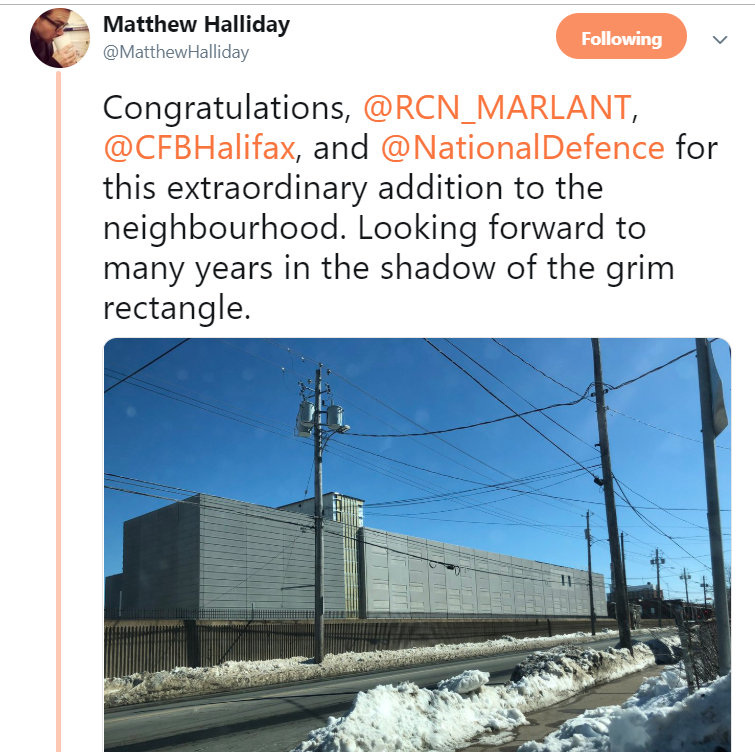 I stopped to take a look for myself, and, although unfinished, the building appears committed to presenting an exceptionally dreary face to the street. It is the new Consolidated Seamanship Training Facility (CSTF) and apparently is generally called the drill shed.  A perfect name. Windows are present in an end and the inner wall.

So what is there to amuse the poor pedestrians as they trek along the sidewalk past the grim rectangle? Why, that would be the 160-year-old gates that have been preserved, but have not led anywhere for 70 years or so.

I’m a fan of these gates, so this is another chance to rejoice that they survive, even if they do not function. The new drill shed actually provides an uncluttered background to show them off. 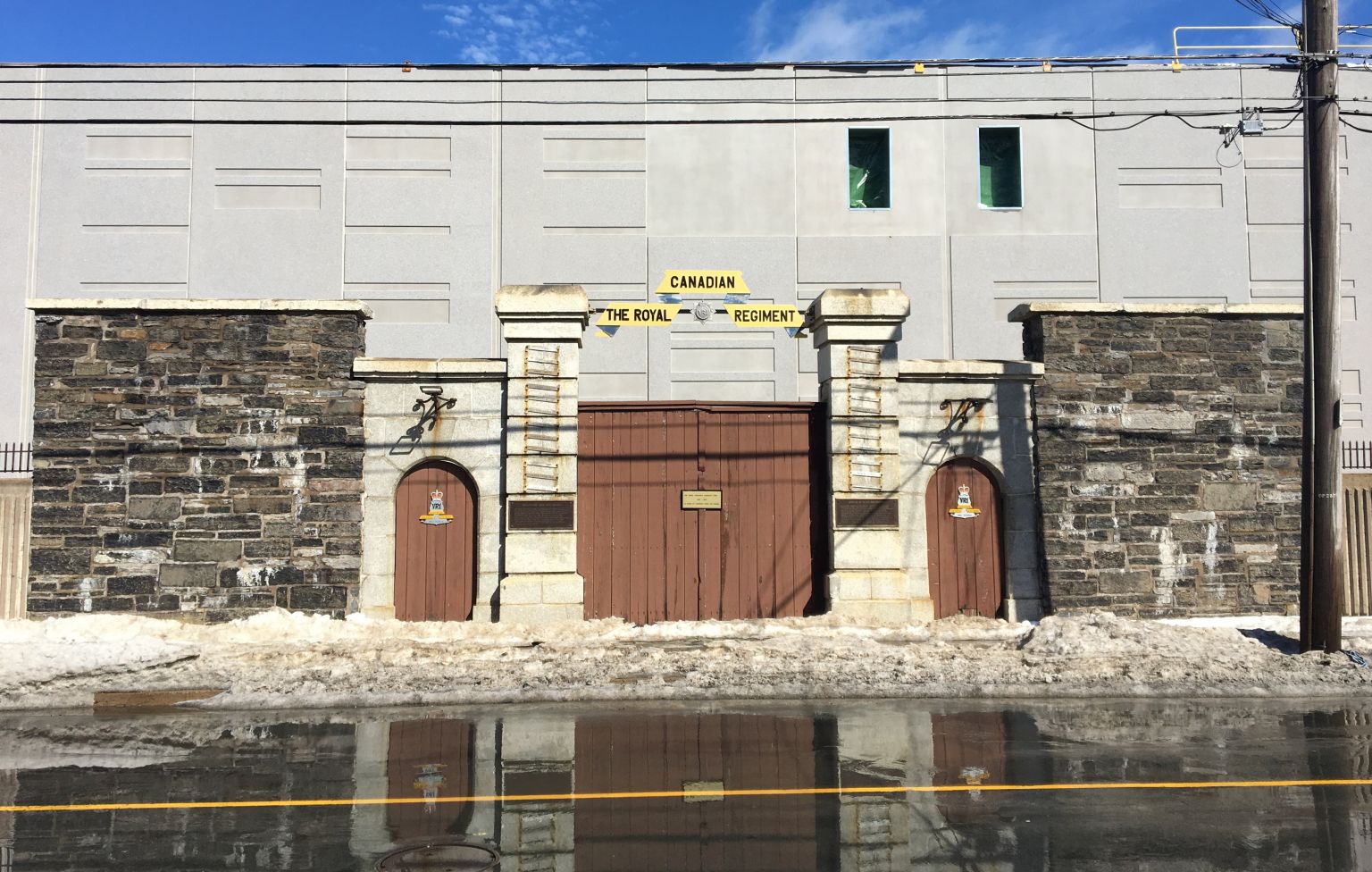 Here they are in the fall of 2017 when the old buildings behind were being demolished. 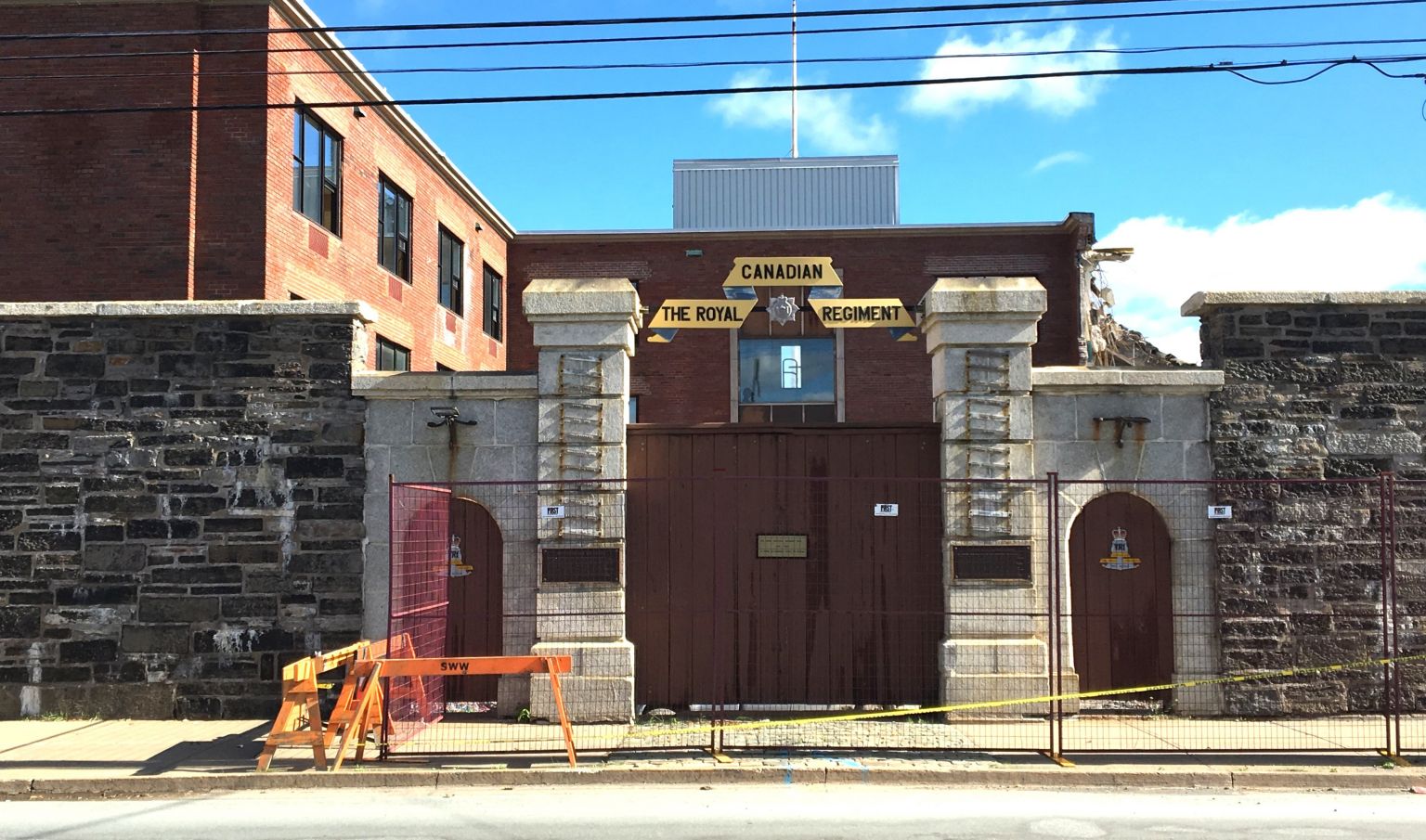 For decades they faced a little, closed courtyard. 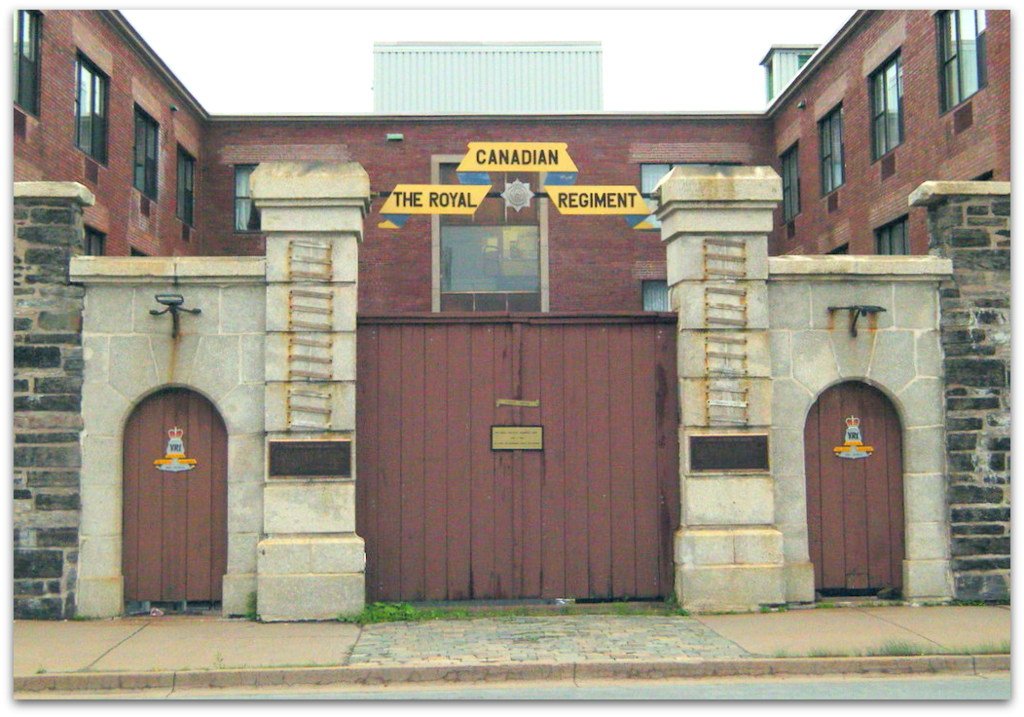 Finally the big reveal. The gates were built as the entrance to the Wellington Barracks, the largest buildings in Nova Scotia in the 1860s. Through a passageway in the soldier’s barracks, you catch a glimpse of the officers’ barracks on the other side of the large Parade Square. All very grand, don’t you think? 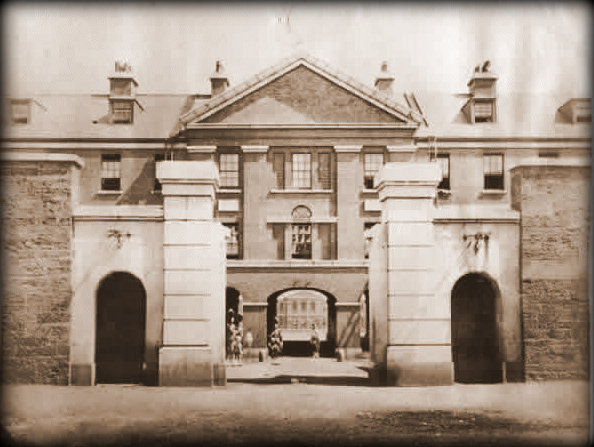 I forget where this came from.

Here is an 1890s photo of the Wellington Barracks compared to an identical view of the new drill shed. Things that have not changed: the location of the utility pole, and complaints about the condition of the sidewalks and street. 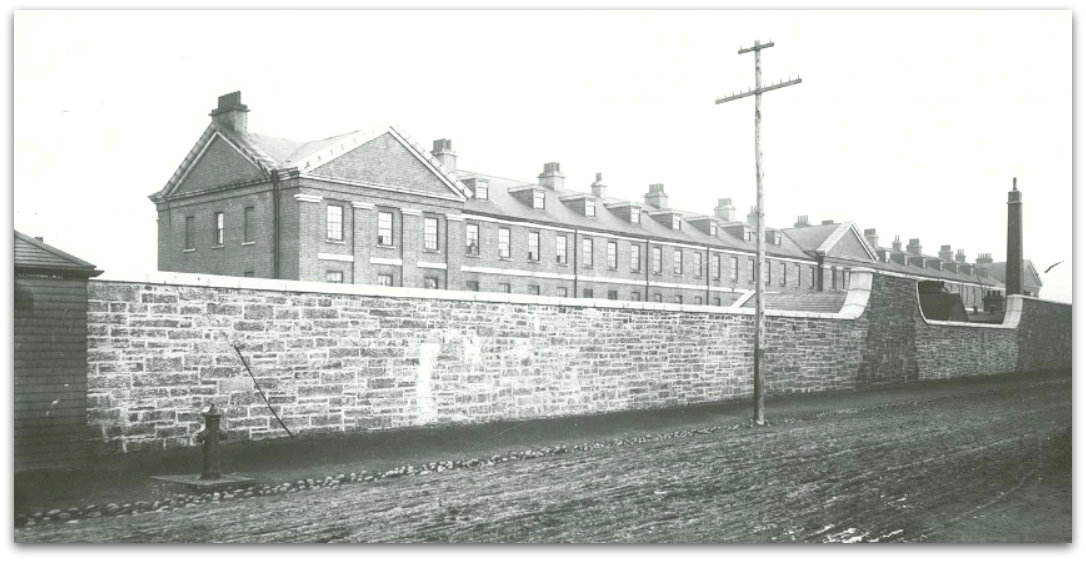 So where does that leave us? The gates, that are now considered a monument to the Royal Canadian Regiment, might suggest a path forward. Maybe tableaux, like the gates, that tell stories about the base, could be inserted into the wall. And if nothing else, remember that before the present concrete wall, the stone wall was far taller and rather wacky. A little of that goes a long way. 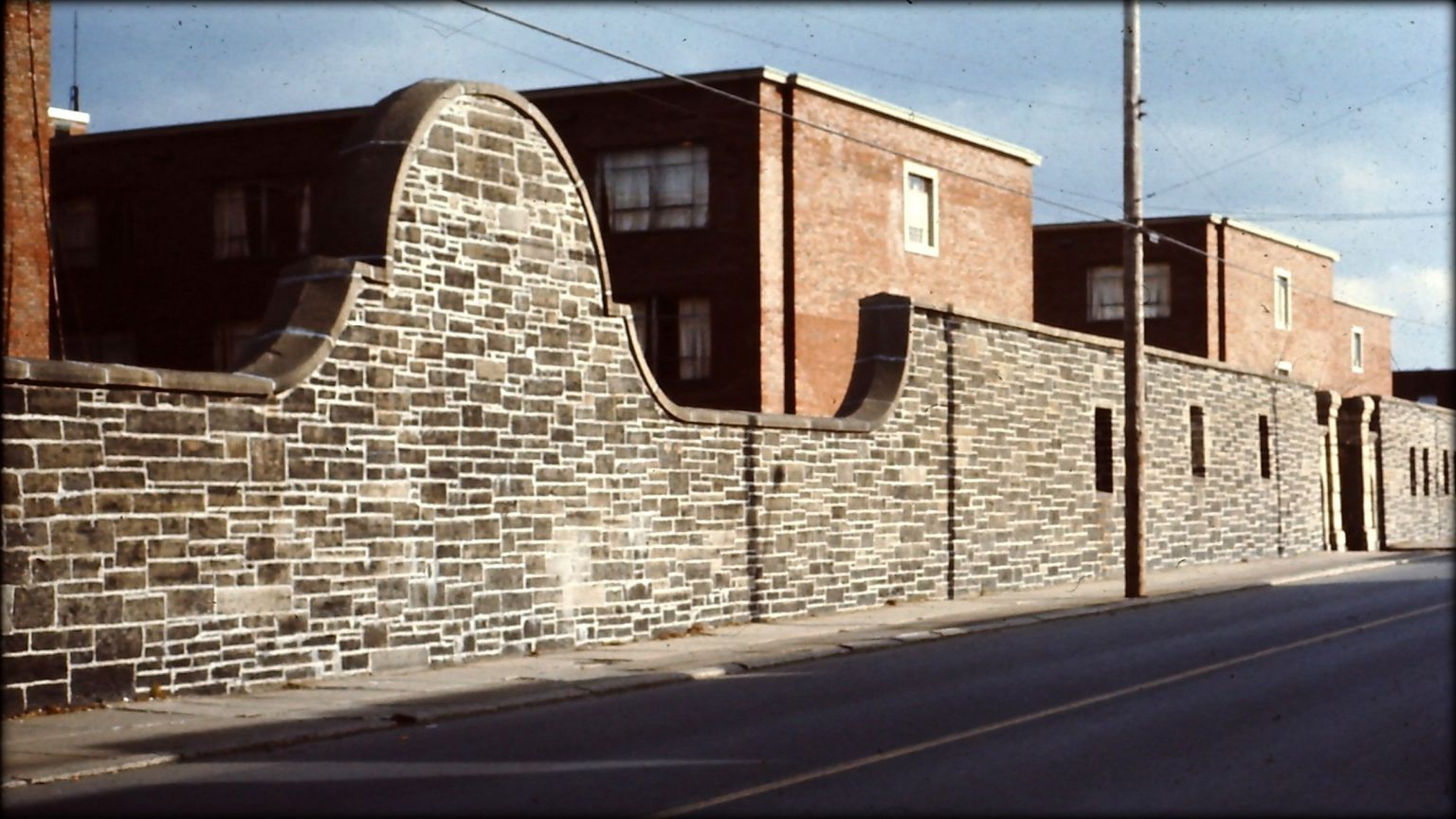 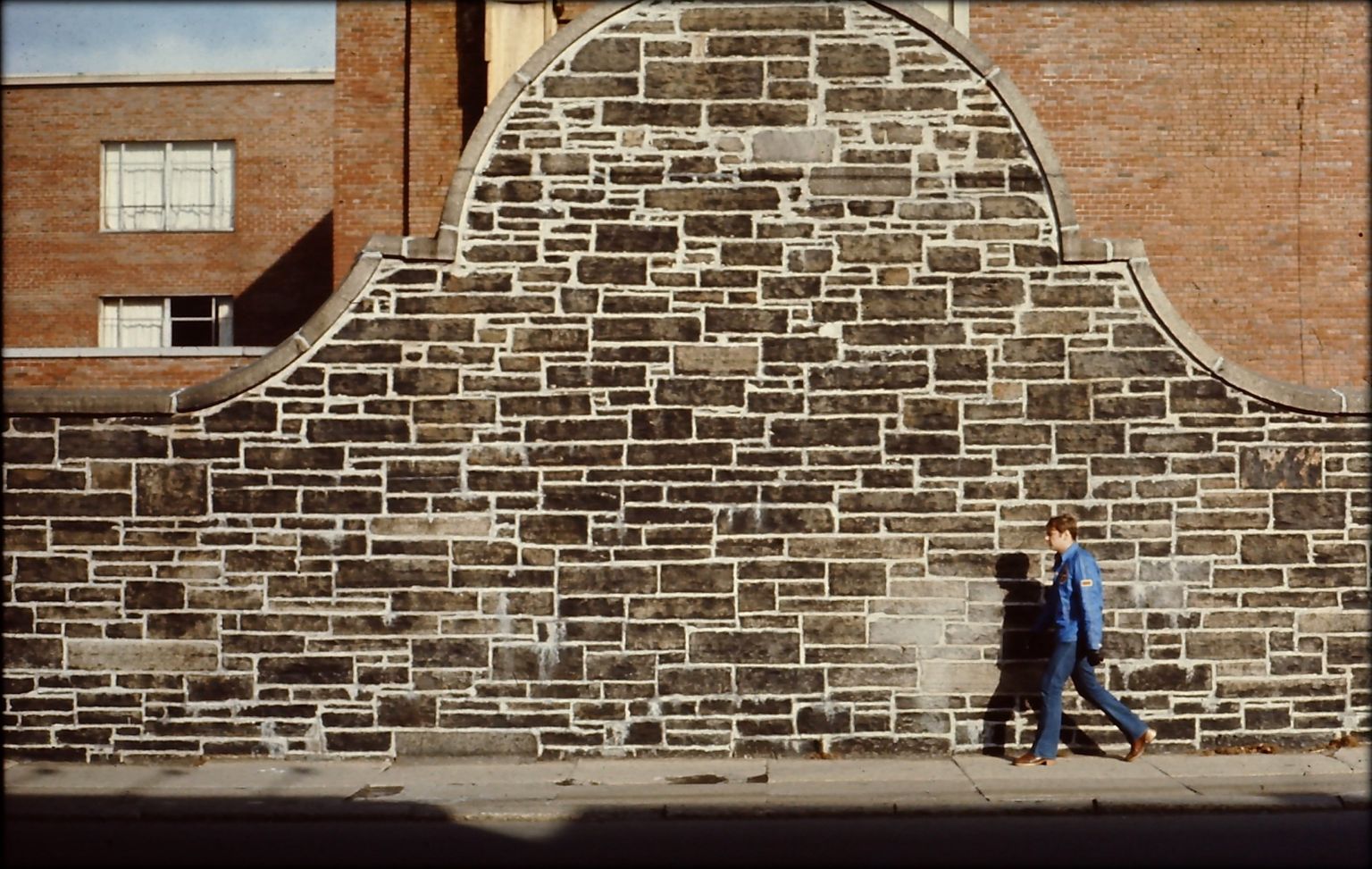 So let’s get over the extraordinary building, and build an exceptional wall. Everybody is doing it. 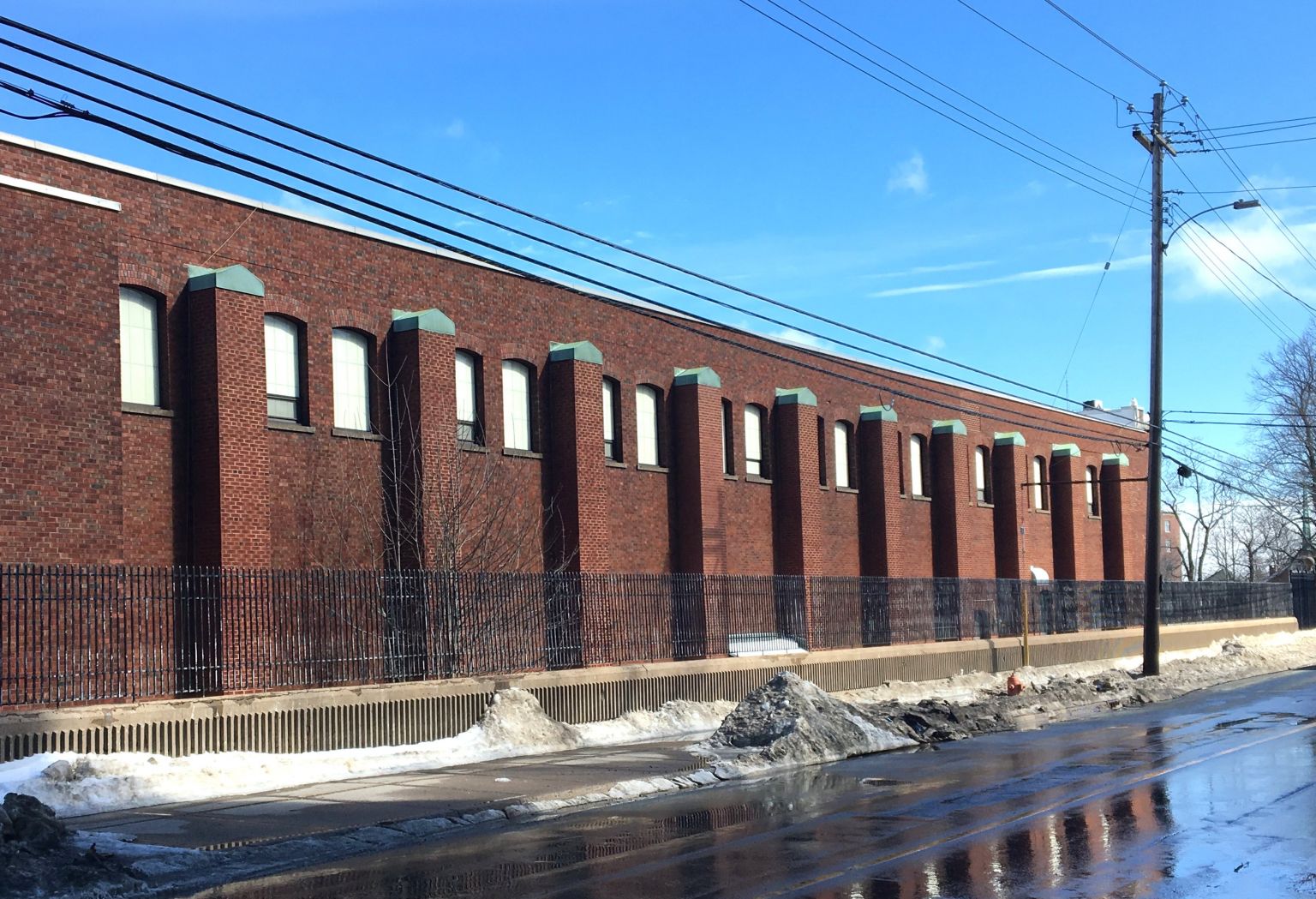 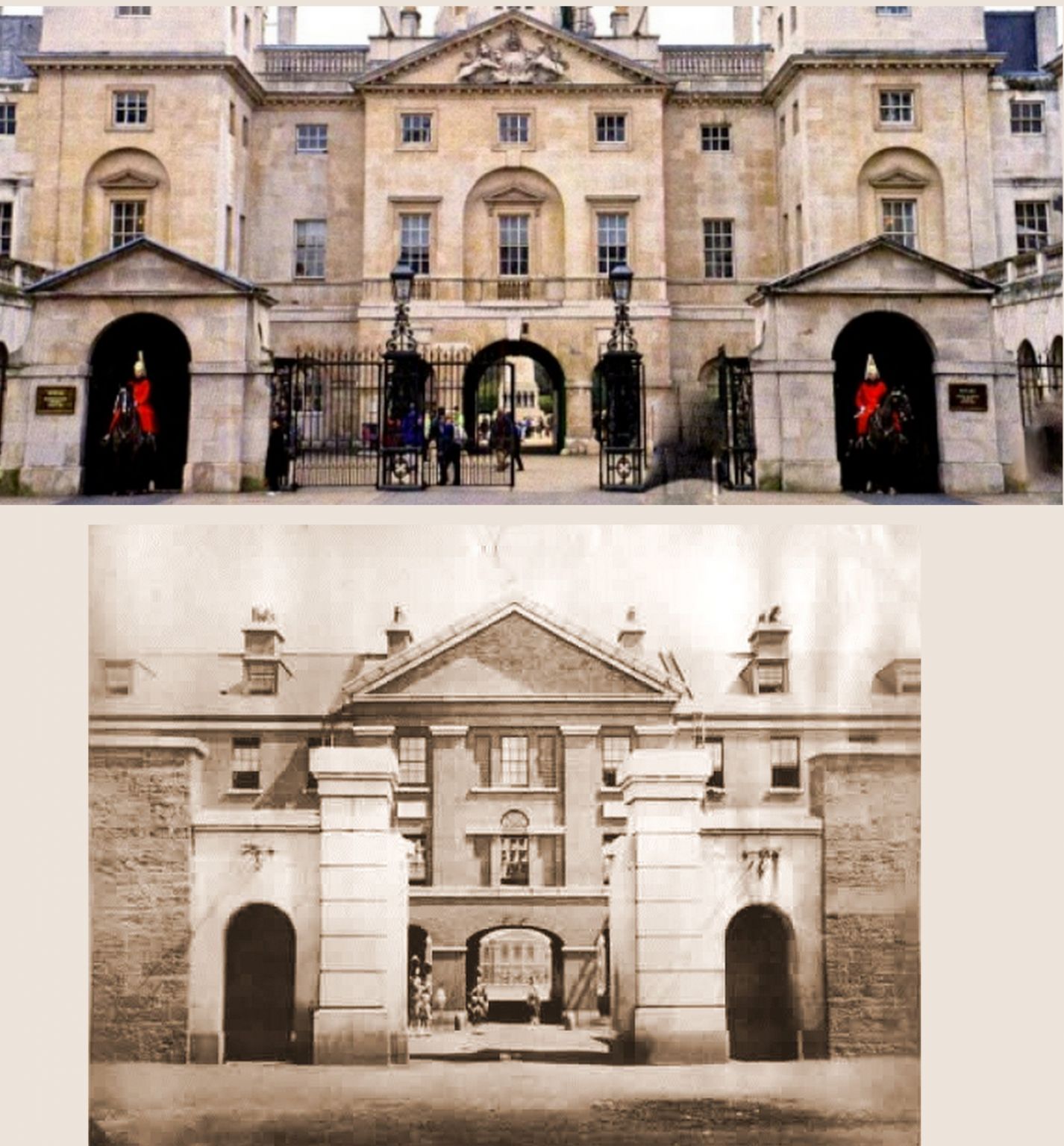