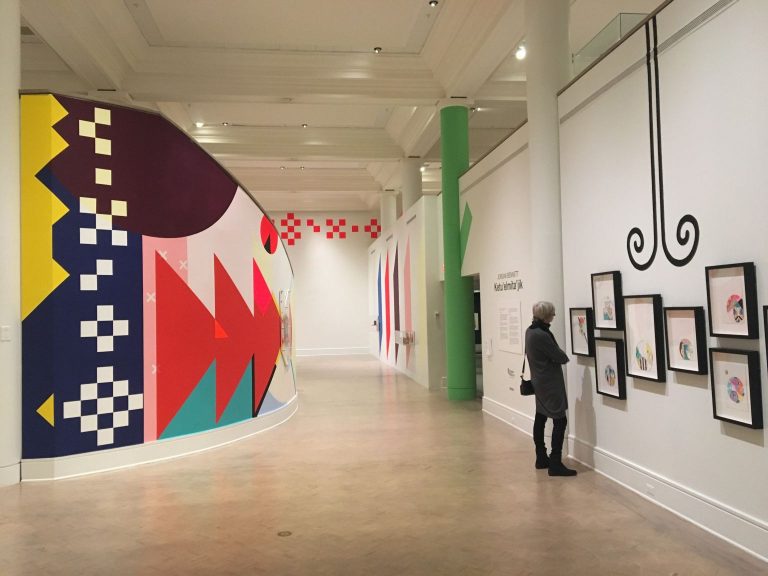 In many winters we have traveled to somewhere warmer, but not this year. So let me show you some things that are brightening up our lives in this cold and dark and northern place we choose to live.

Sheila and I went downtown one evening last week because I spoke some magic words, “Stillwell burger”. So for the first time we saw the St. Paul’s Building with its clever new lighting. 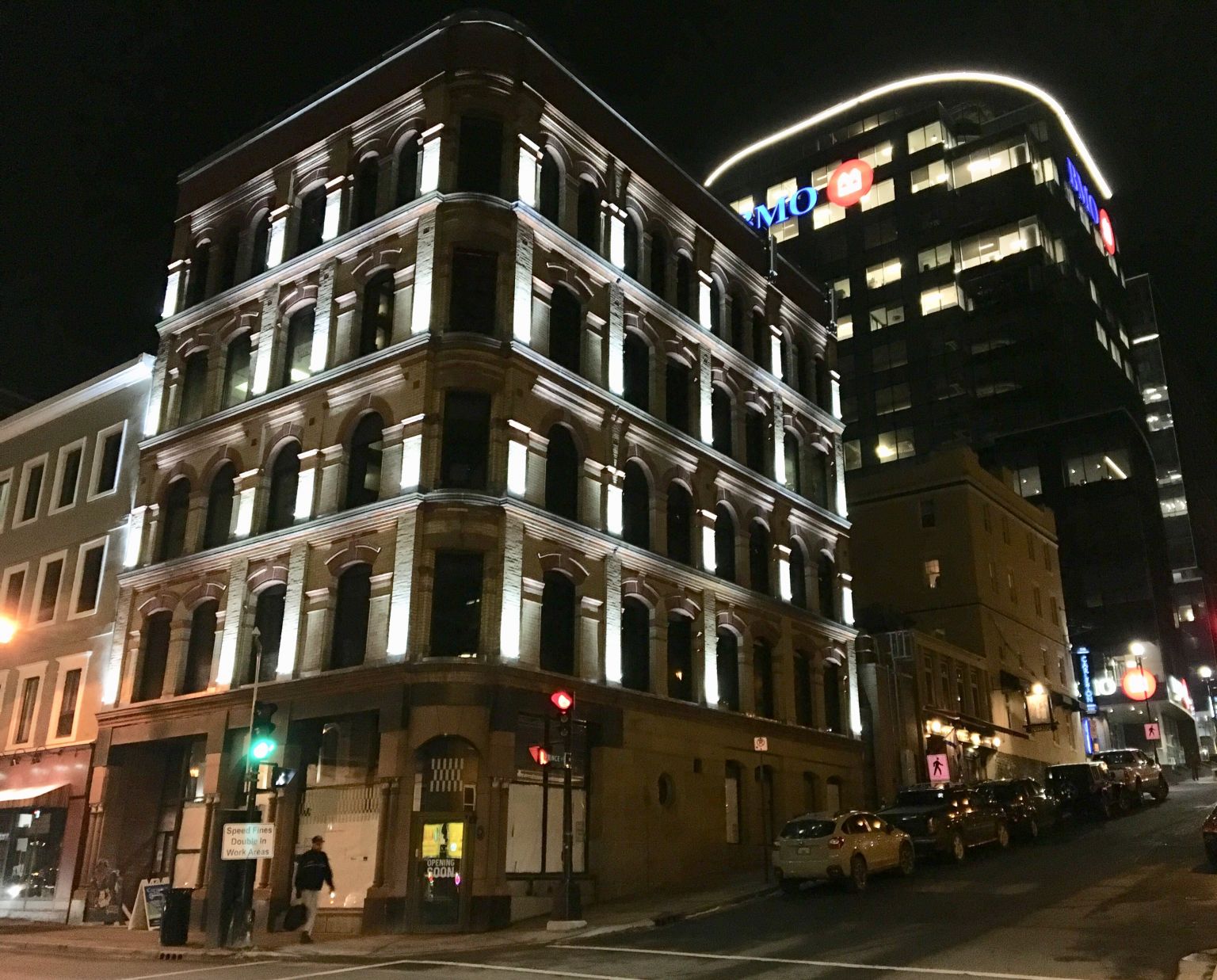 And Province House was glowing. Well designed lighting schemes for our heritage buildings makes so much sense in the dark season. 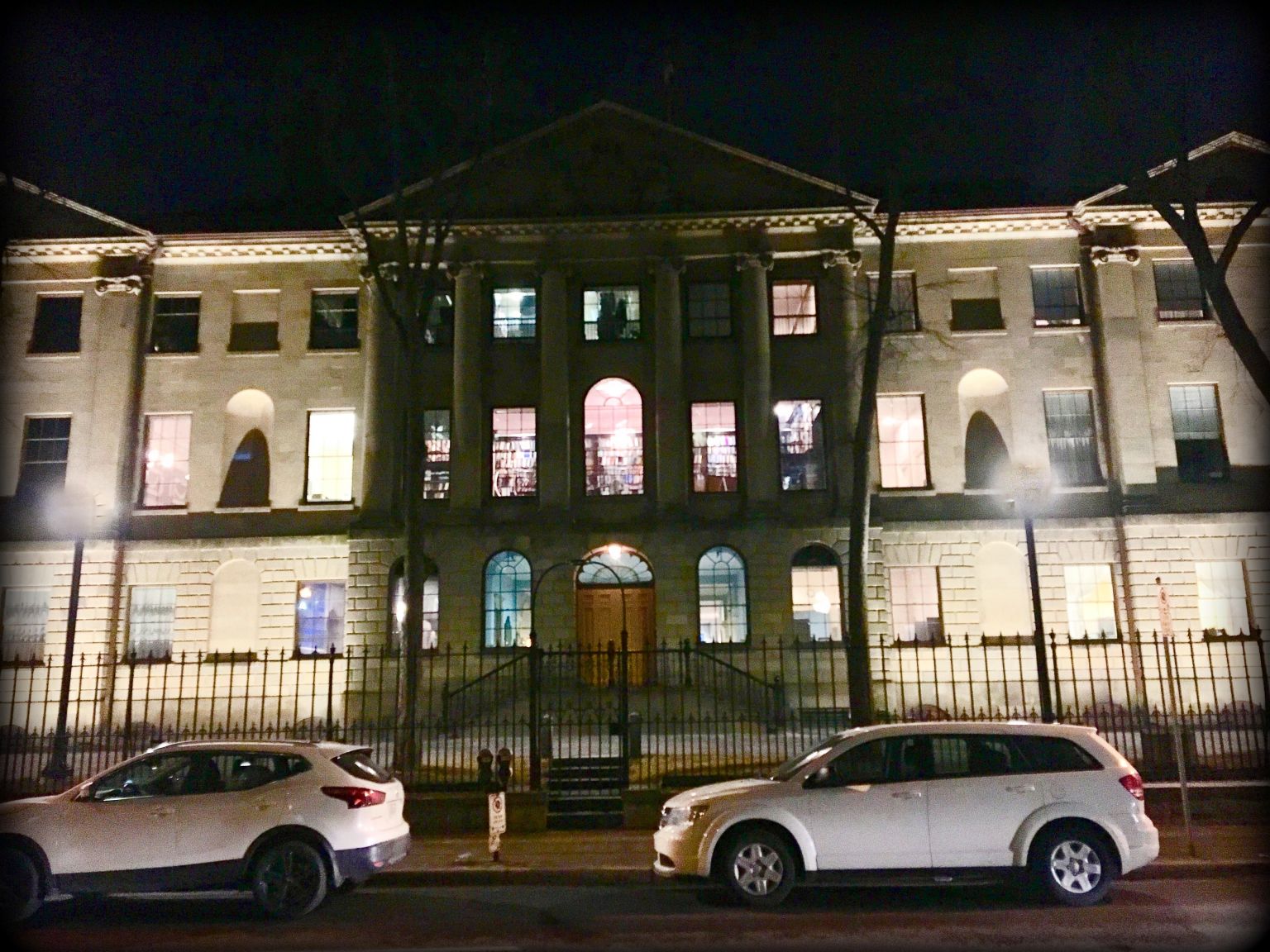 And speaking of Province House, the grand old building is celebrating its 200th birthday this year. It has received lots of recent interventions and has never looked better, so be sure to visit sometime over the year and thank it for the long service. We got invited to a charming birthday event in the legislative chamber, beginning with horns sounding the specially commissioned “Fanfare for Province House,” followed by theatrical “appearances” by Mr. Merrick and Mr. Scott, who were the architect and builder in 1819. And afterwards there was cake in the sublime Red Room. 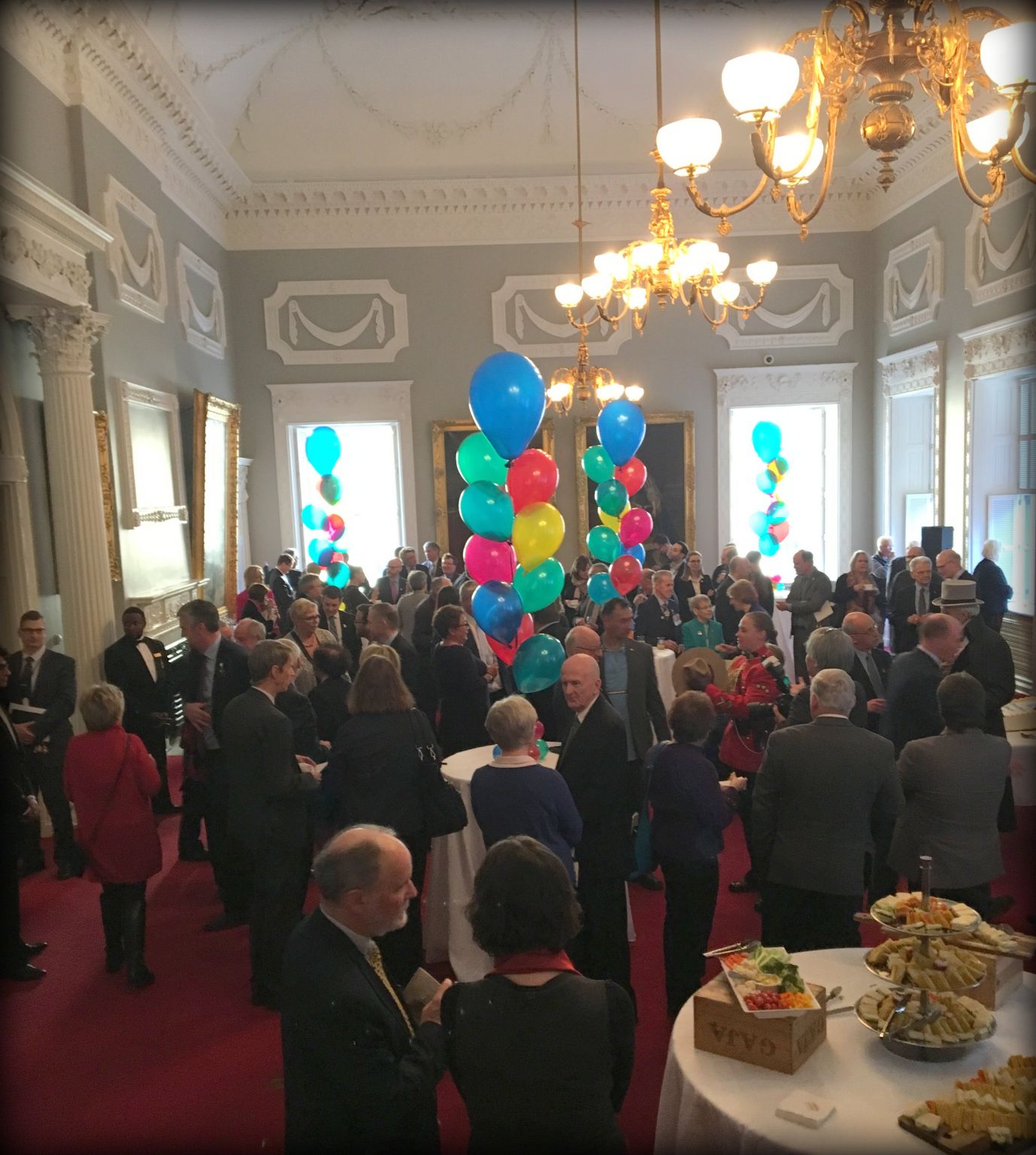 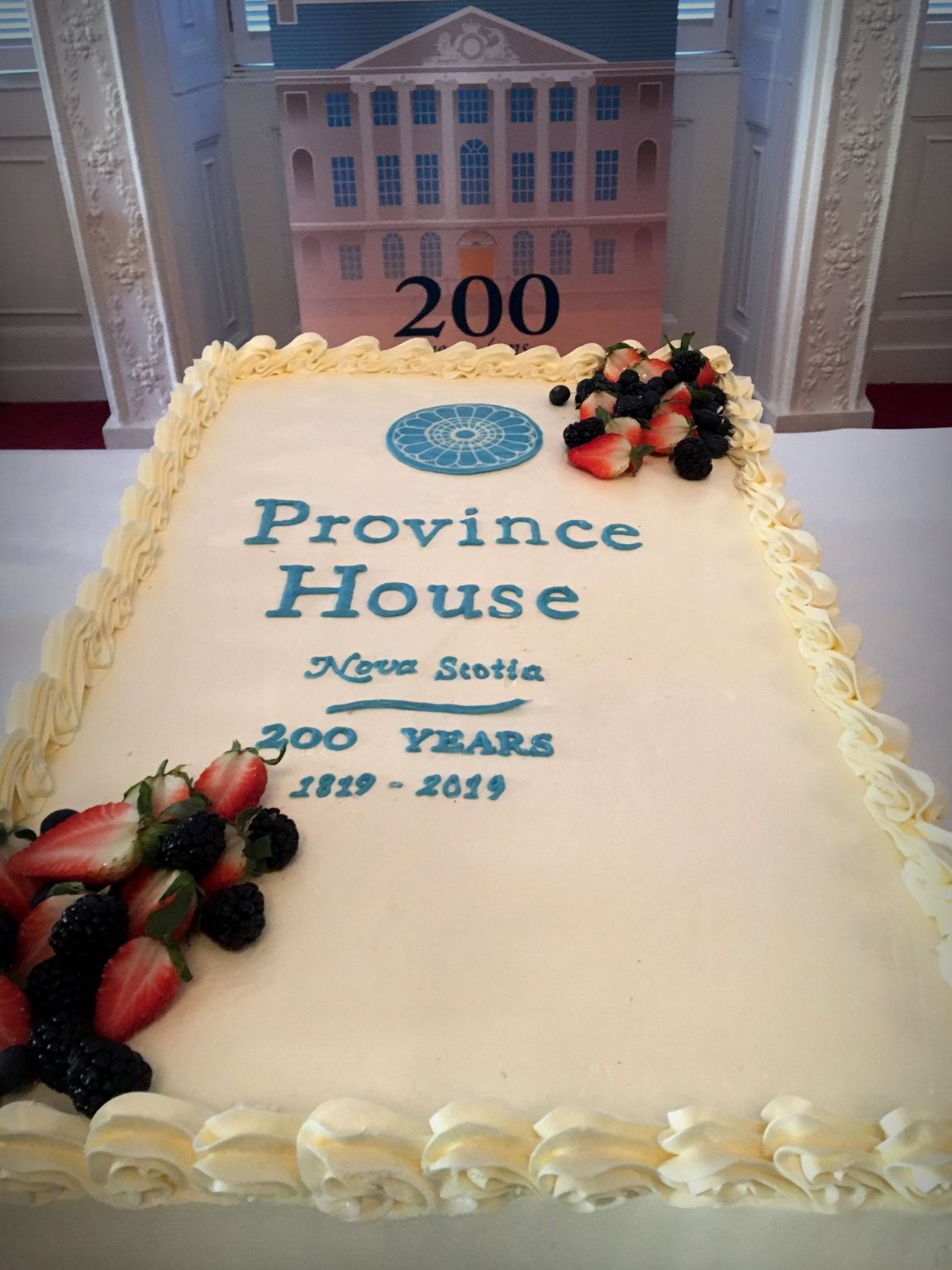 On a mild day you could pause in the new landscape around the statue of Joe Howe. I hope it becomes a quiet meeting place for folks eating their lunch or lobbying a minister. 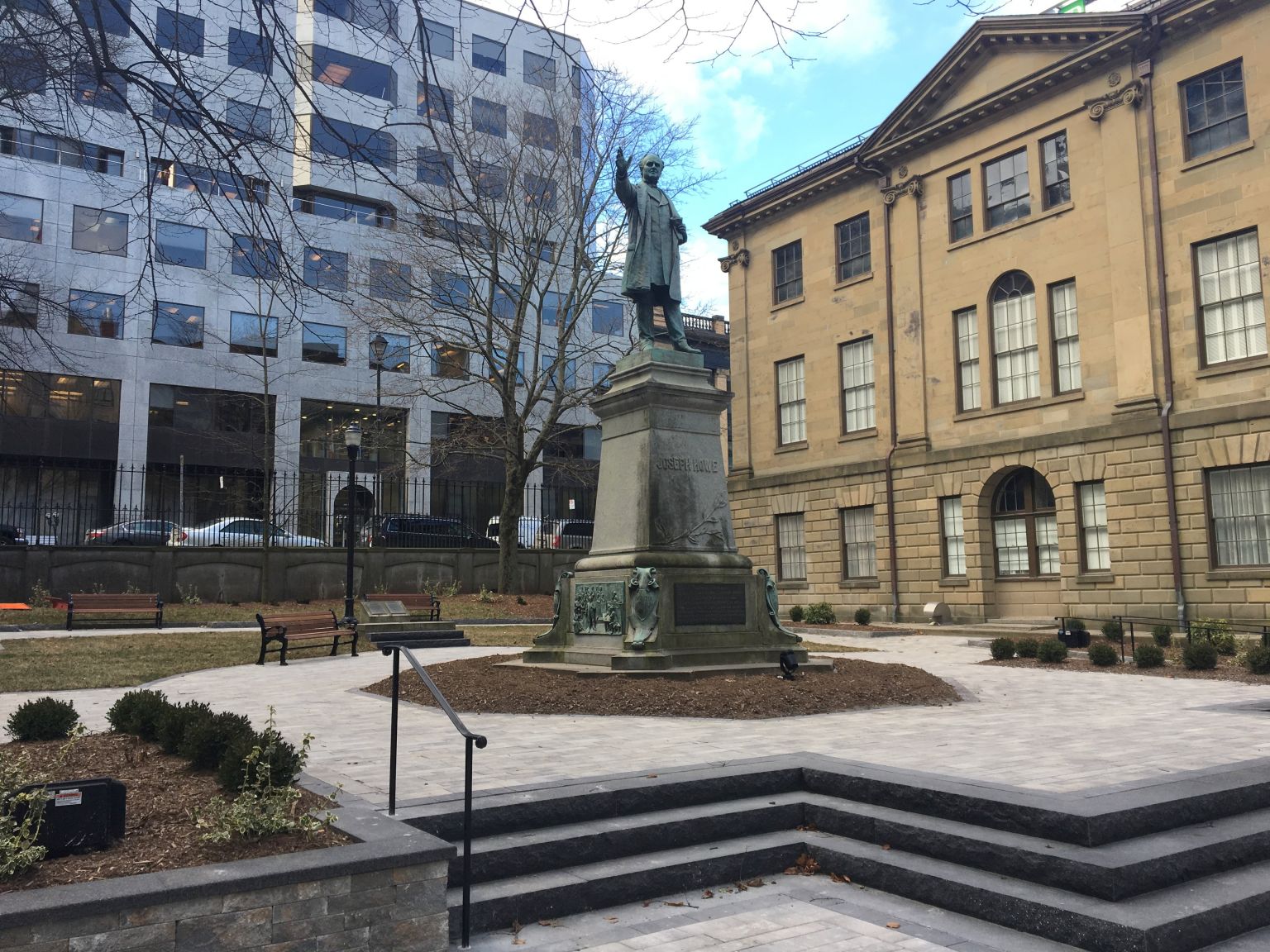 Across the street from Province House, in the Art Gallery of Nova Scotia, is a show that brings sparkle to a dull winter day, or dark Thursday evening when admission is free. In the show Ketu’ elmita’jik (on until March 31), artist Jordan Bennett uses traditional Mi’kmaw motifs, particularly from quillwork, as his muse. The super graphics he has created transform the gallery and showed me a whole new vocabulary for indigenous art. 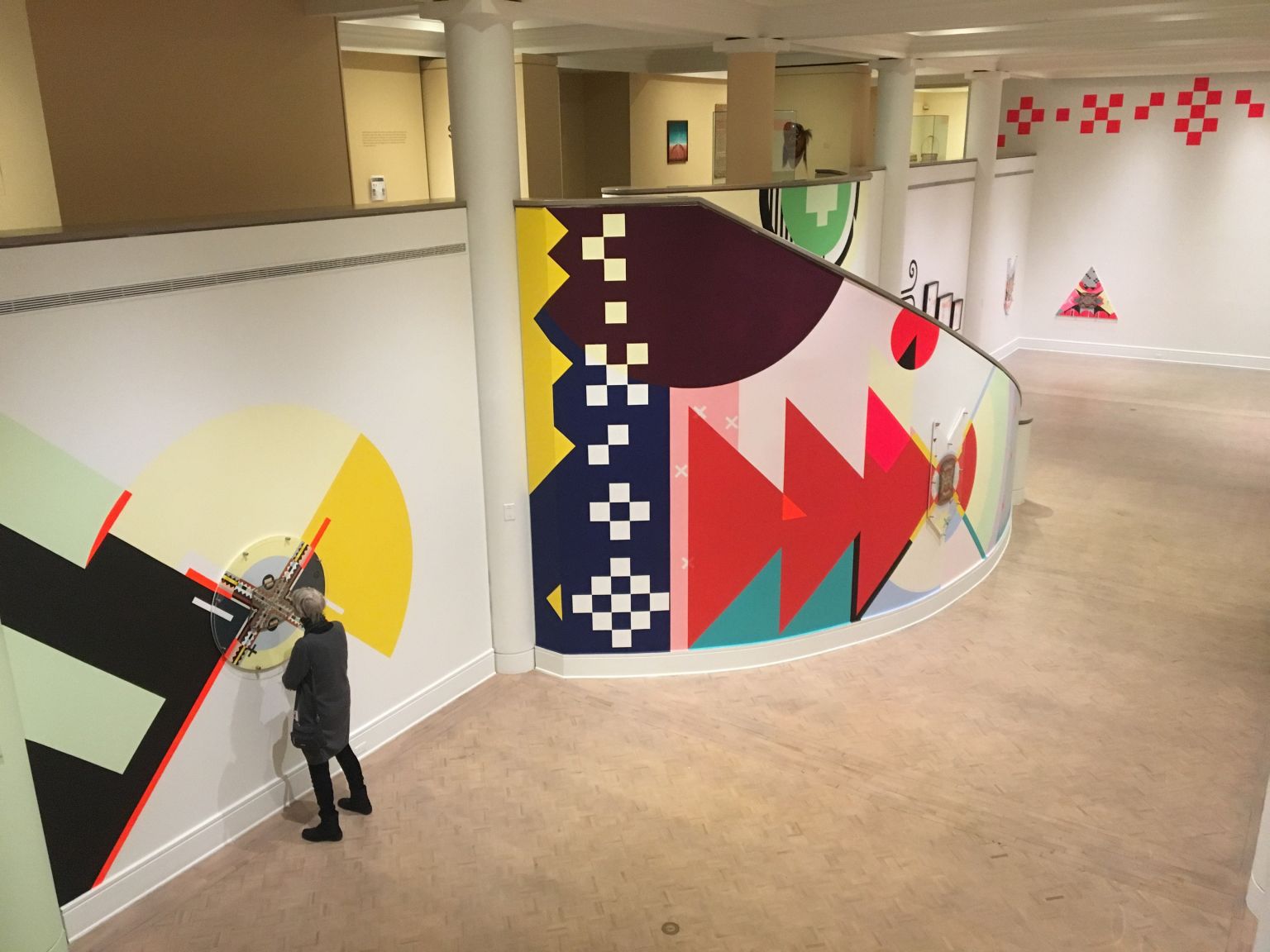 My favourite installations start with a quillwork chair seat or back, borrowed from museum collections. The 19th century quillwork panels are made of thousands of dyed porcupine quills set into birchbark. These panels were intended to be installed in ornate Victorian parlour chairs.

Bennett releases the design by extending it beyond the quillwork and, as his painting zooms out, new shapes and colours emerge. 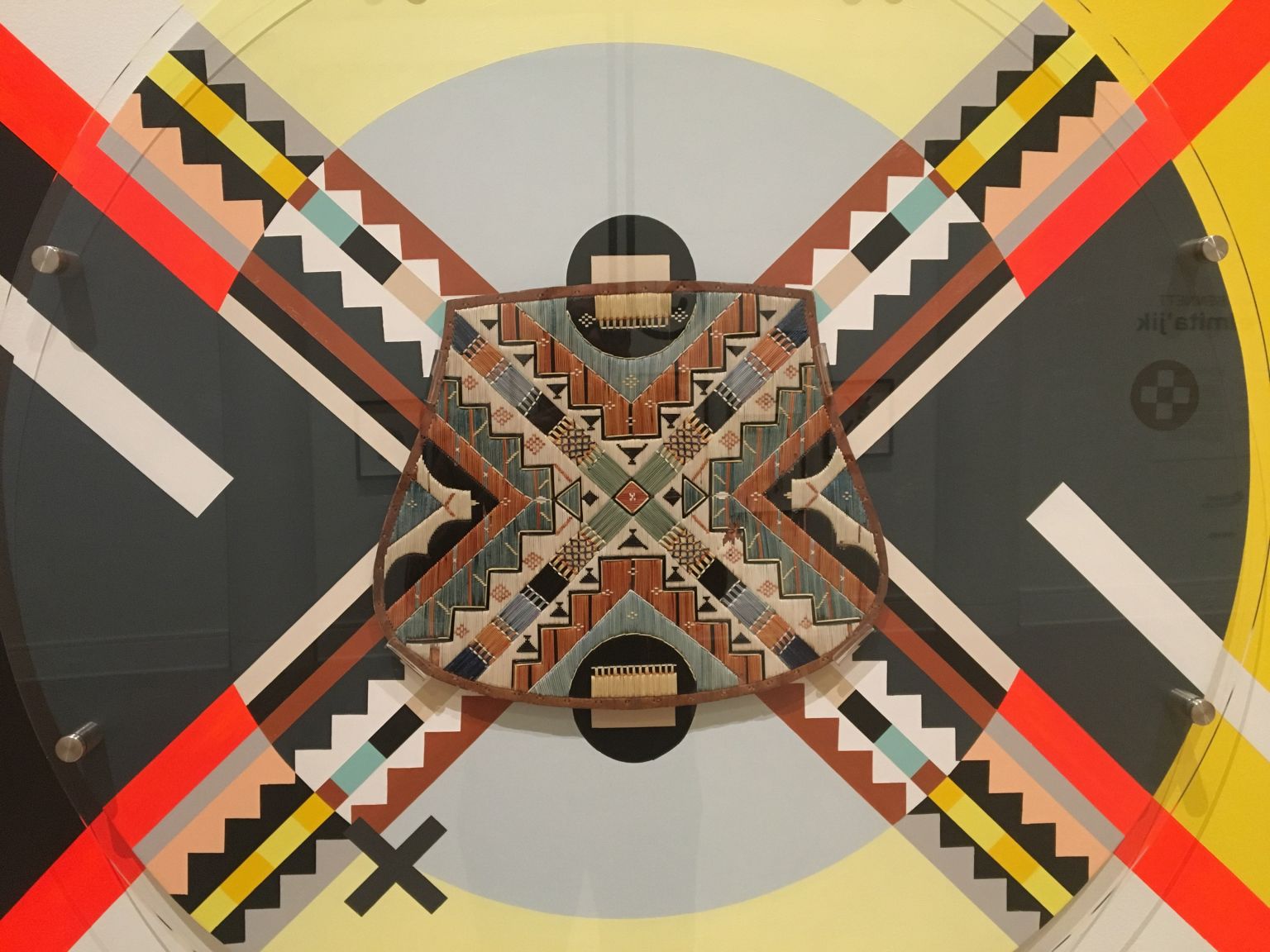 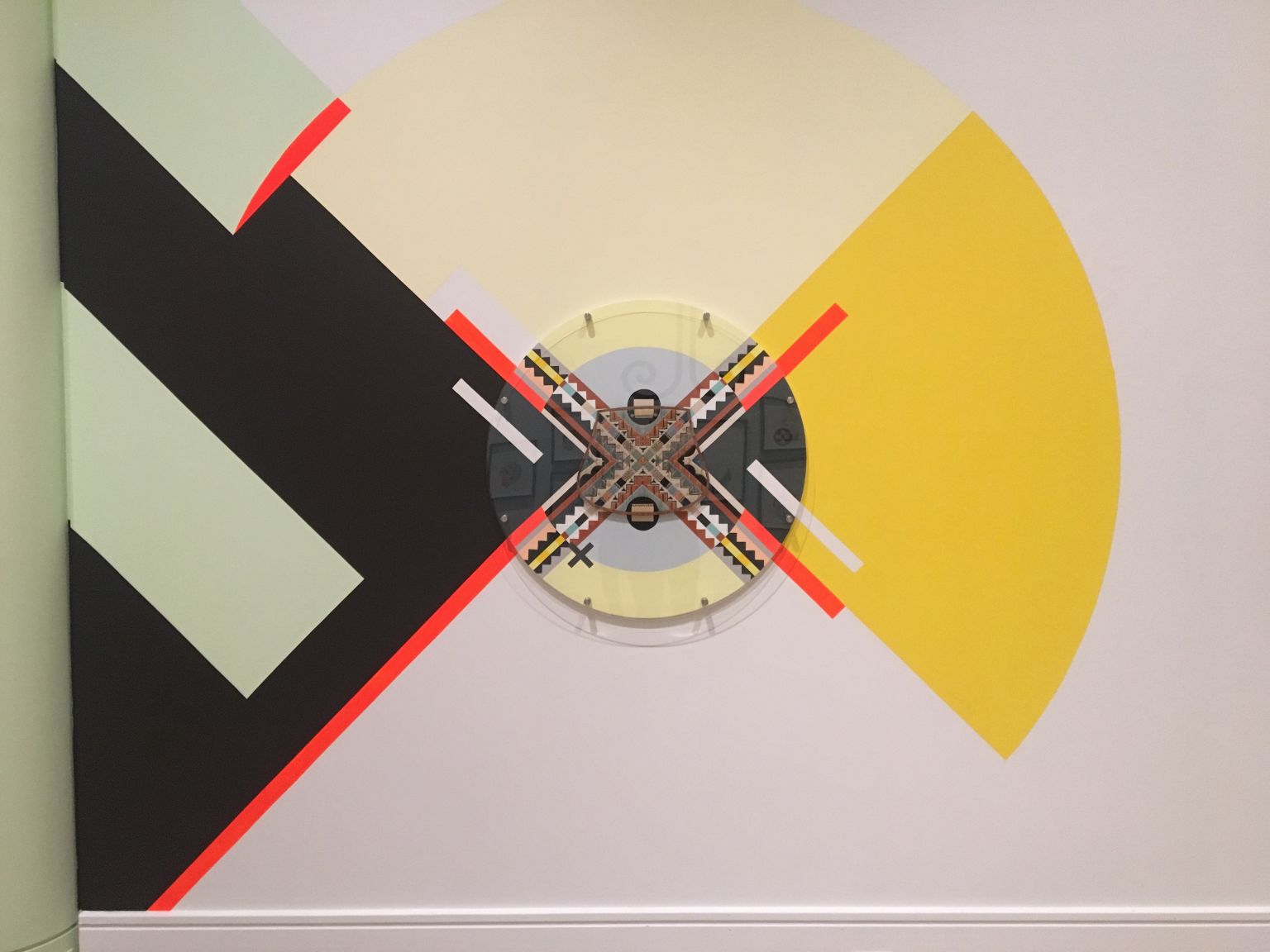 It’s as if energy trapped in an old museum object has suddenly been released. 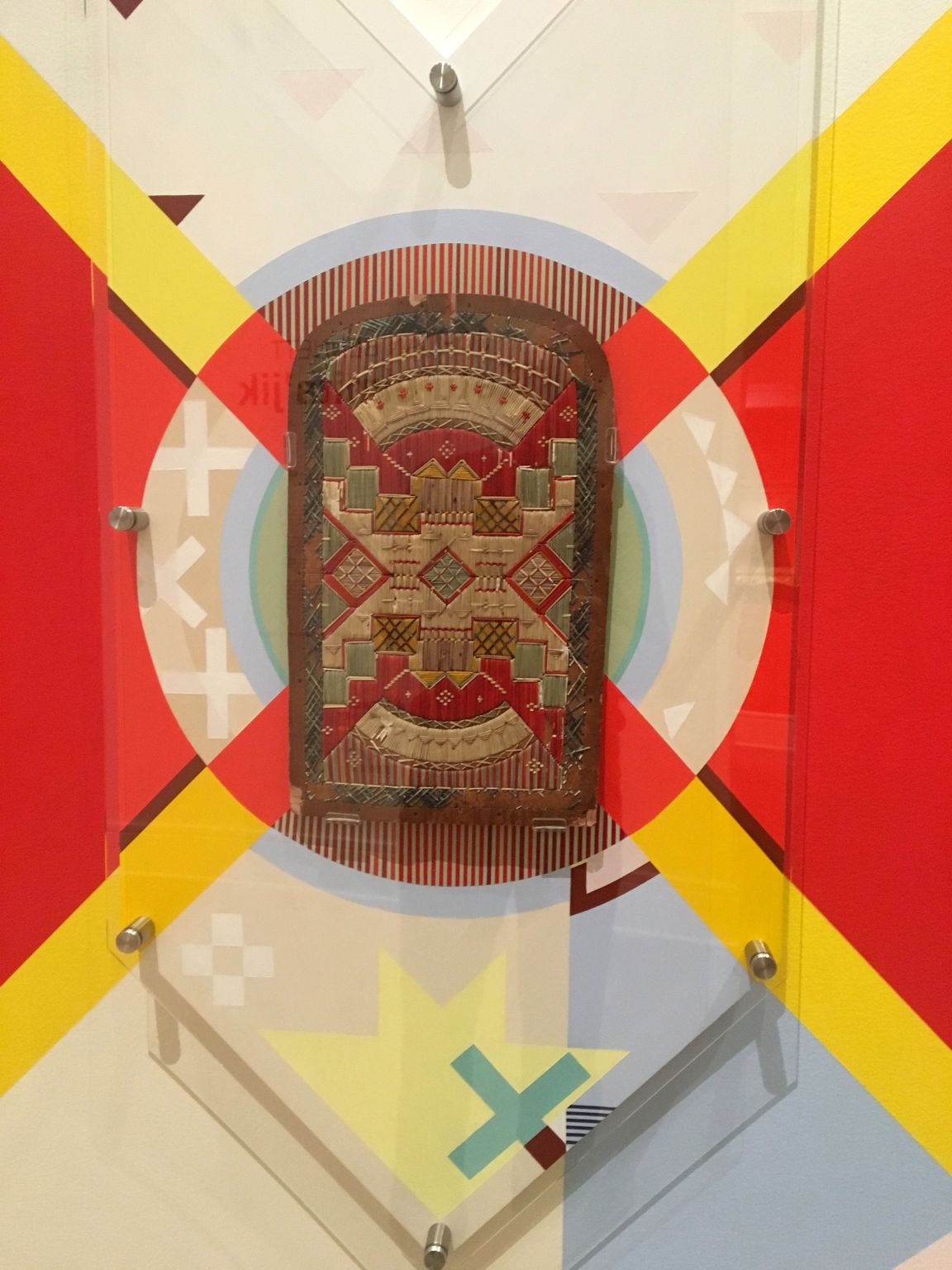 Bennett’s work scales beautifully to the architecture of the gallery. Our next visit will be to see his permanent installation in the renewed Sportsplex in Dartmouth. That was a smart commission.

Give winter a big hug

Mostly we stay cocooned in the cove. Here are a few Order of Good Cheer hacks that keep cabin fever at bay.

This year we have been particularly successful with a long run of flowers. 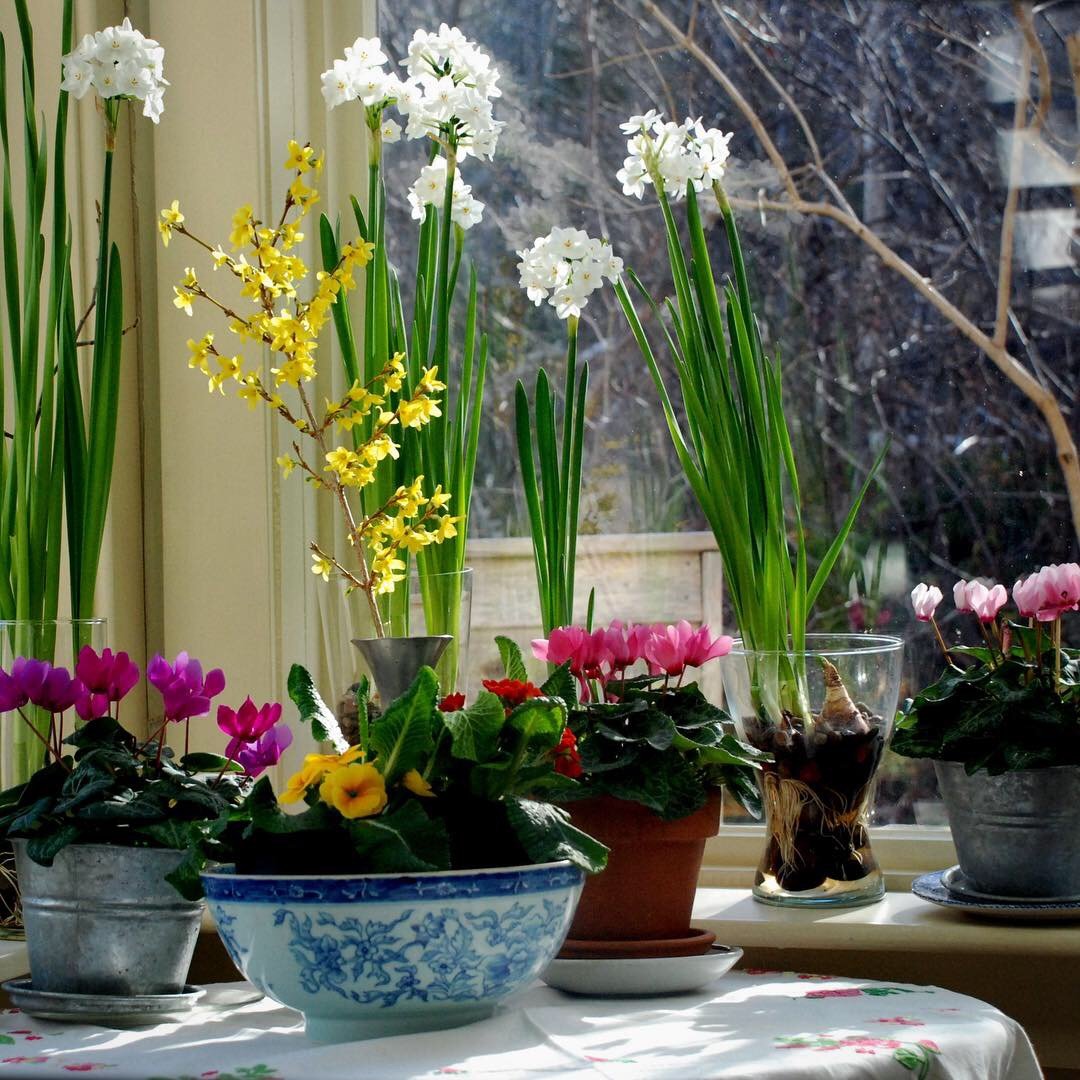 The highest and best use of forsythia is to cut branches now and bring them indoors where they will bloom in a couple of weeks. If you don’t have your own forsythia ask around. Forsythias are often neglected and a little pruning will only help the shrub remain vigorous. 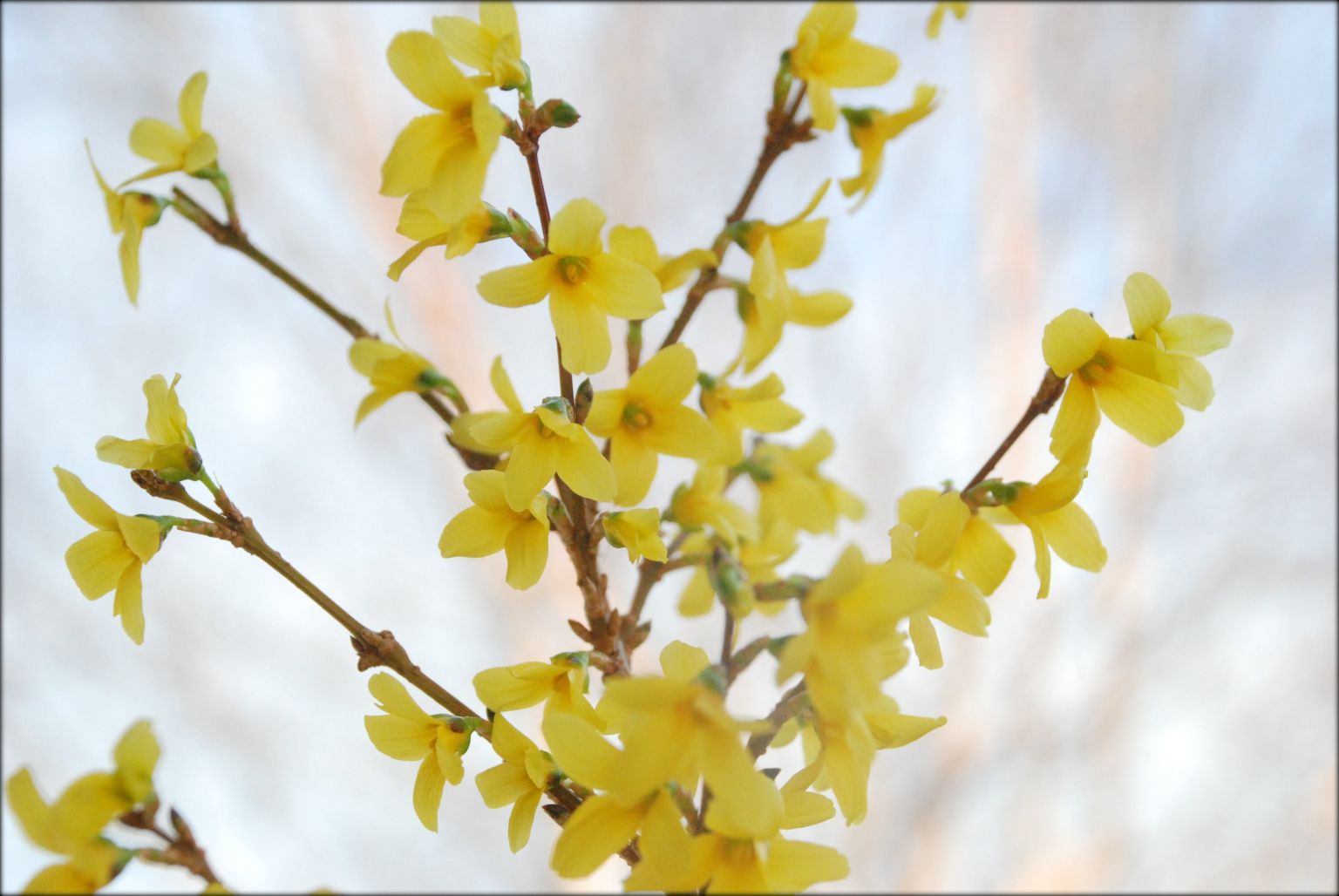 One of our regional winter foods are smelts. They don’t have much flavour (any flavour?), but fry up a mess and you’ll feel ever so local. And they are inexpensive and often available in supermarkets. 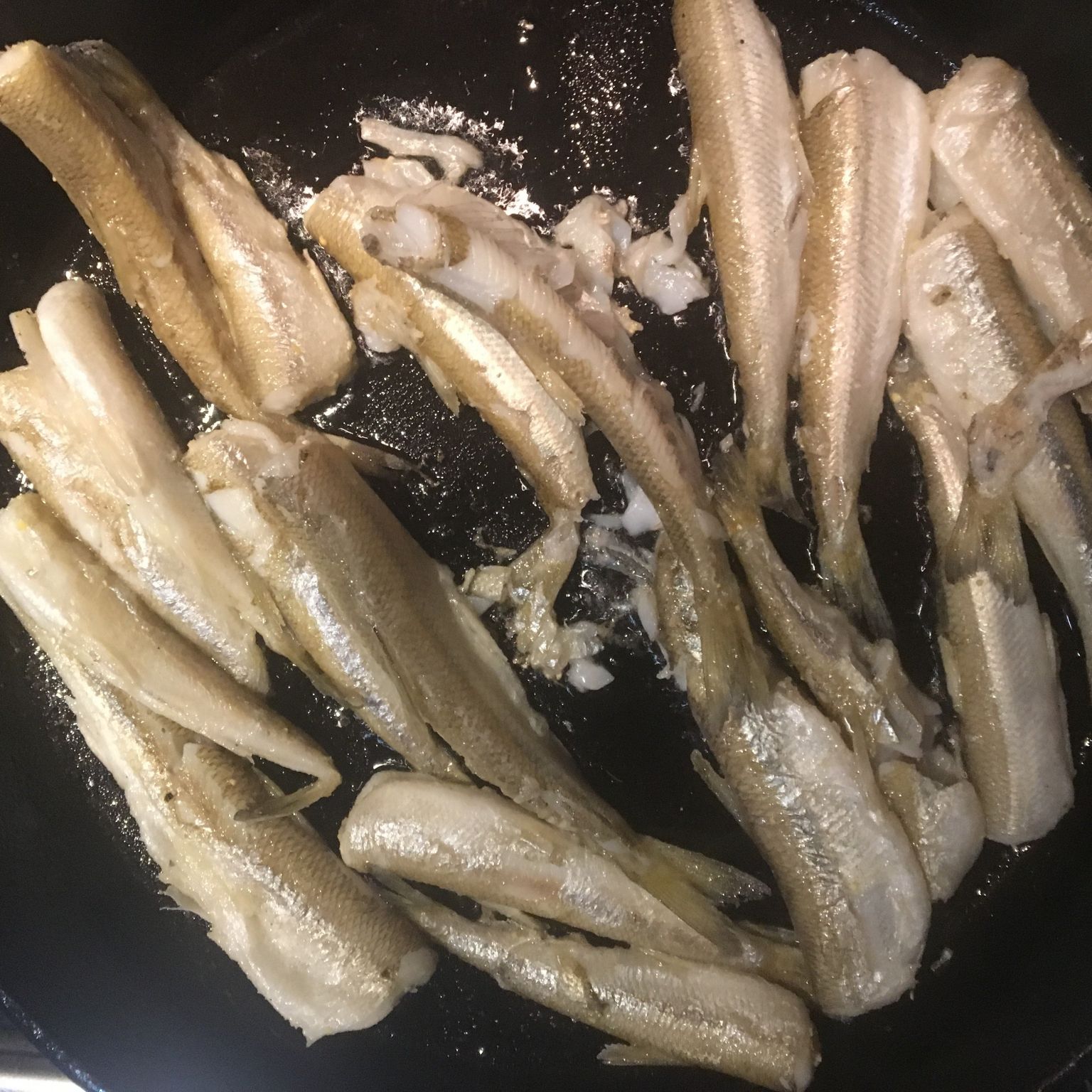 Winter is one of the safer times for an outdoor fire. Last spring we bought a little fire basket but had never used it. One frosty afternoon we realized this was the perfect time to bundle up, stand around the fire, and toast the season with a swig of Icelandic Aquavit. 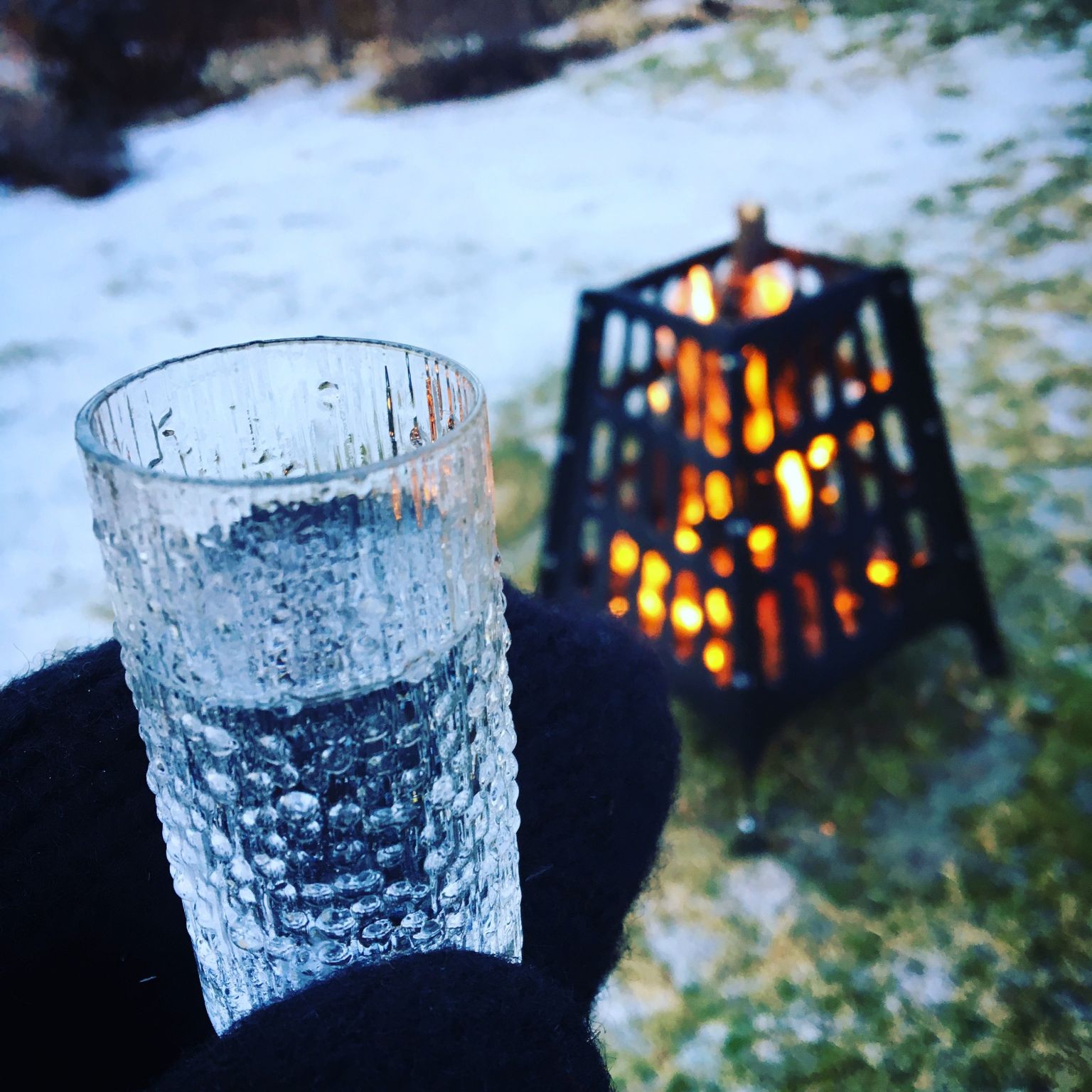 People in warmer climes probably don’t conceptualize our outdoors as a giant walk-in freezer where beer and other food can be quickly chilled. Last weekend when friends were coming for dinner I used the outdoors to freeze some ice candle holders to greet them as they arrived. Incorporating leaves and seeds in the ice made them particularly decorative. 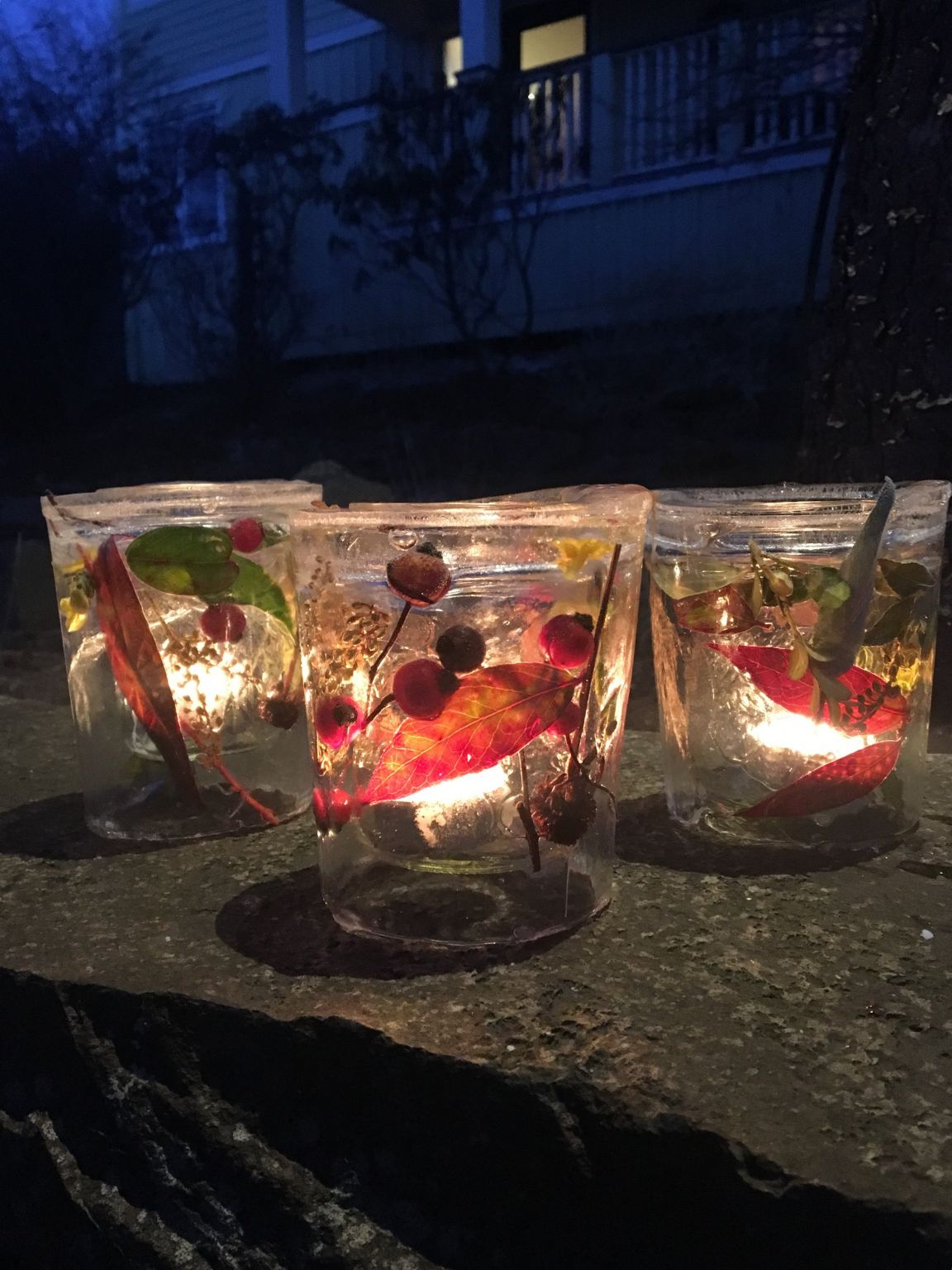 Nova Scotians know a thing or two about the different qualities of snow. Occasionally I’ll realize a particular snow is perfect for making a splat cat. Finding the joy in winter. That’s the best revenge. 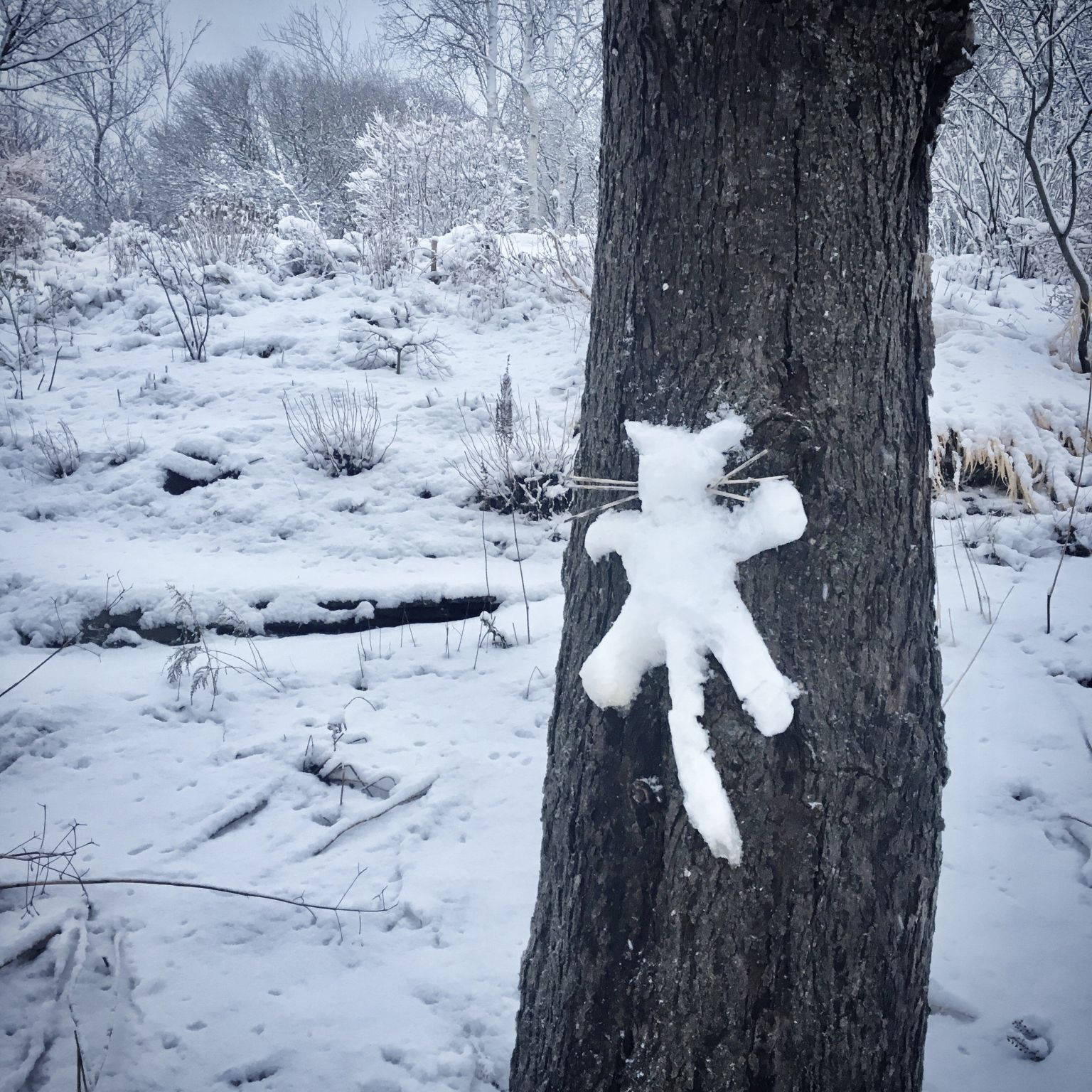 At the Art Gallery I went to the mezzanine to get a panoramic view of Jordan Bennett’s show. Up there I was pleased to see displayed a large panel woven by Margaret Johnson, who was a noted Mi’kmaw basket maker. The piece is made of black ash splints and uses traditional basketry patterns to create a flat panel about 1.5 meters square. She used this technique first in art commissioned for a new school in Eskasoni in 1978.

When I saw basketry work like this in the 1970s it was a revelation, just as Jordan Bennett’s show was today.