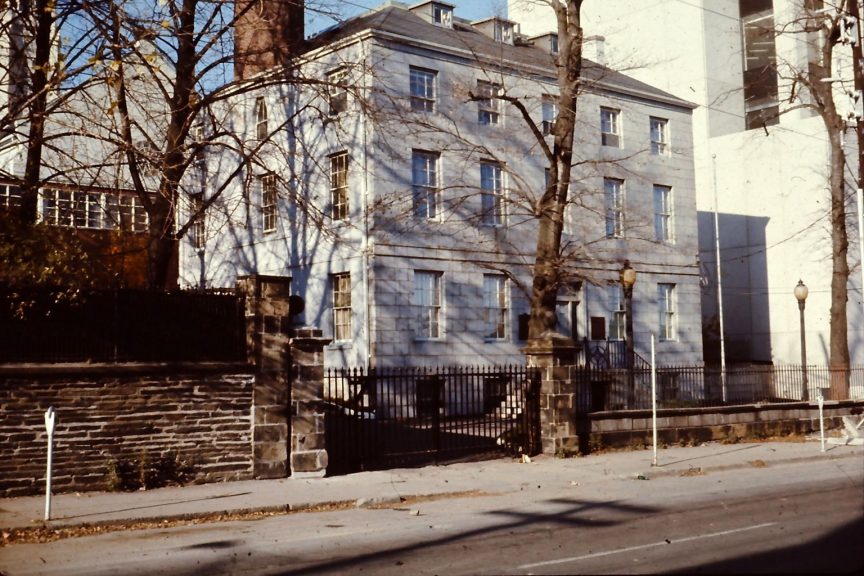 In the 1970s I spent a lot of time wandering in downtown Halifax and the old South End, observing and pondering the choices people had made about the design and construction of their homes and businesses. One peculiarity, that you may well have noticed too, is that many of the oldest masonry homes in Halifax use one type of stone on the front and a different one on the sides. The street facade is made of a well-finished sandstone or granite, and the sides are often made of ironstone, that at the time of construction was less expensive, and often considered not particularly attractive.

The Henry House (c1835) on Barrington shows what I’m talking about. The front is beautifully cut granite but the sides are made of our local ironstone that leaches rusty stains when it is freshly quarried and weathers to a dreary charcoal colour. This c1880 photo from the Public Archives shows the visual disconnect between the front and side. 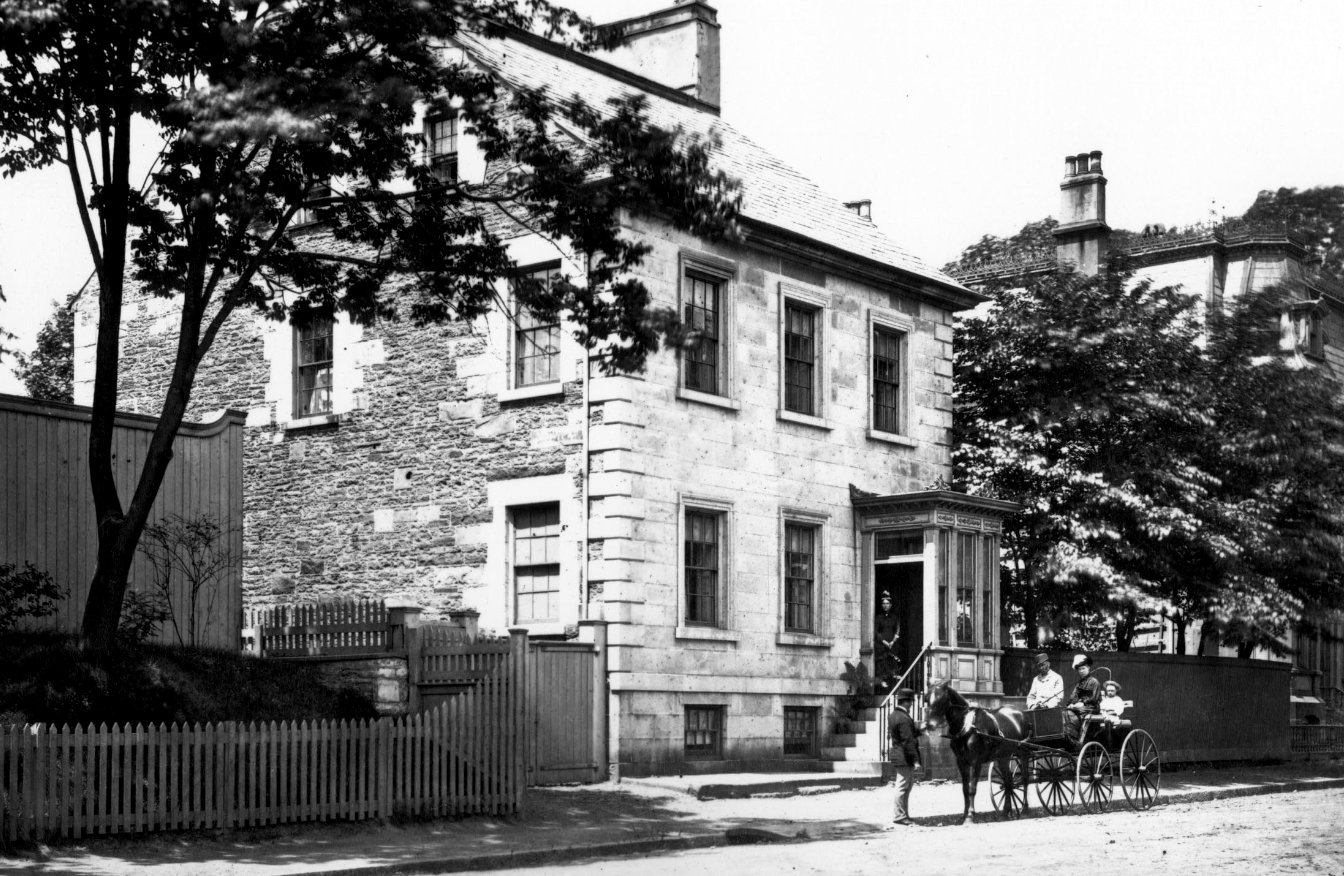 The use of irregular-sized granite blocks around the side window openings also suggests that the builders of the Henry House thought that people would be able to un-see the side and focus on the fine detailing of the front. 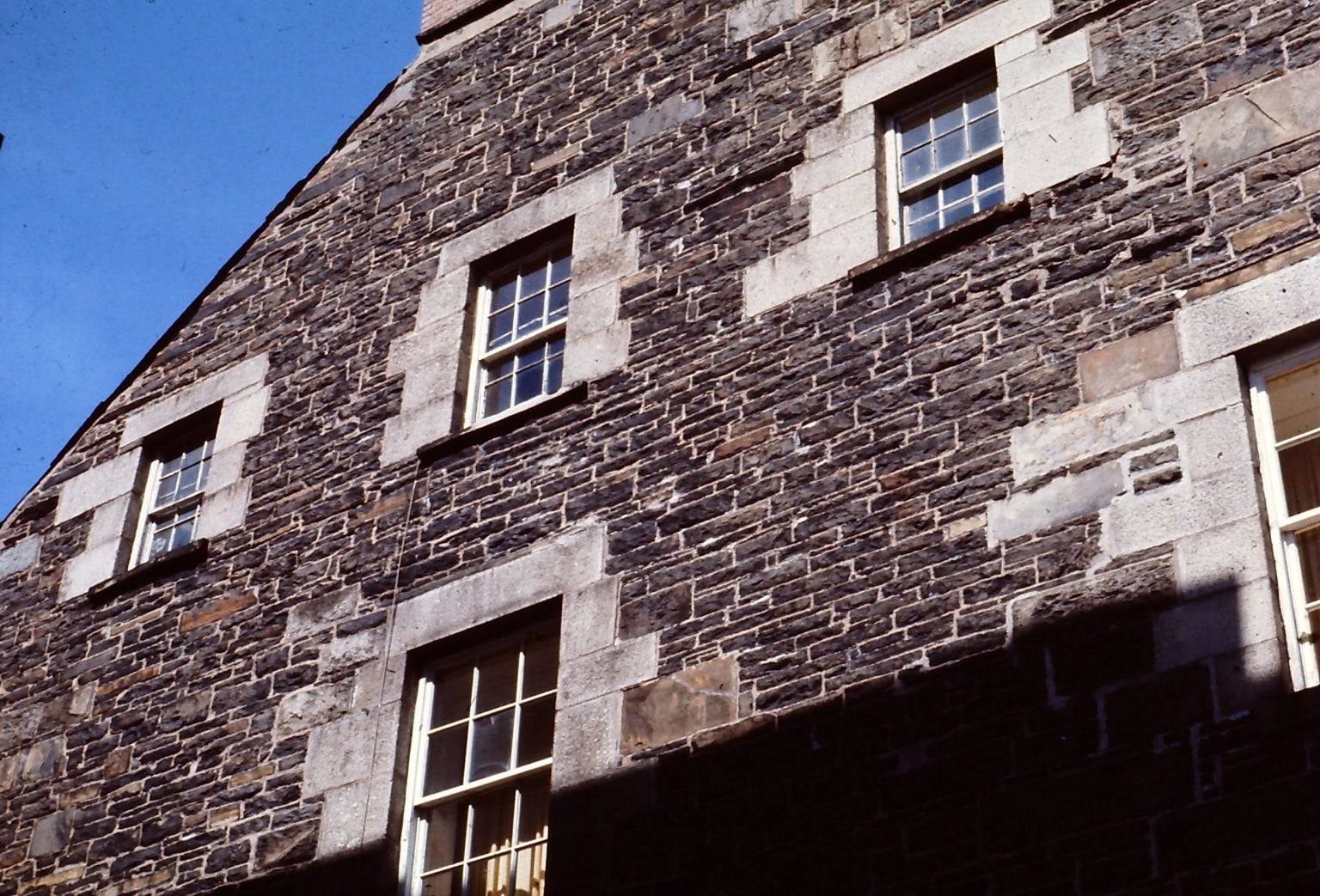 Another conspicuous example of this custom is further up Barrington Street, at the corner of Bishop. This time the front is finely-cut sandstone but the equally visible side, that faces Government House no less, is made of crappy looking ironstone. In the 42 years since I took this photo the sandstone has been cleaned so the contrast between the front and the side is striking. 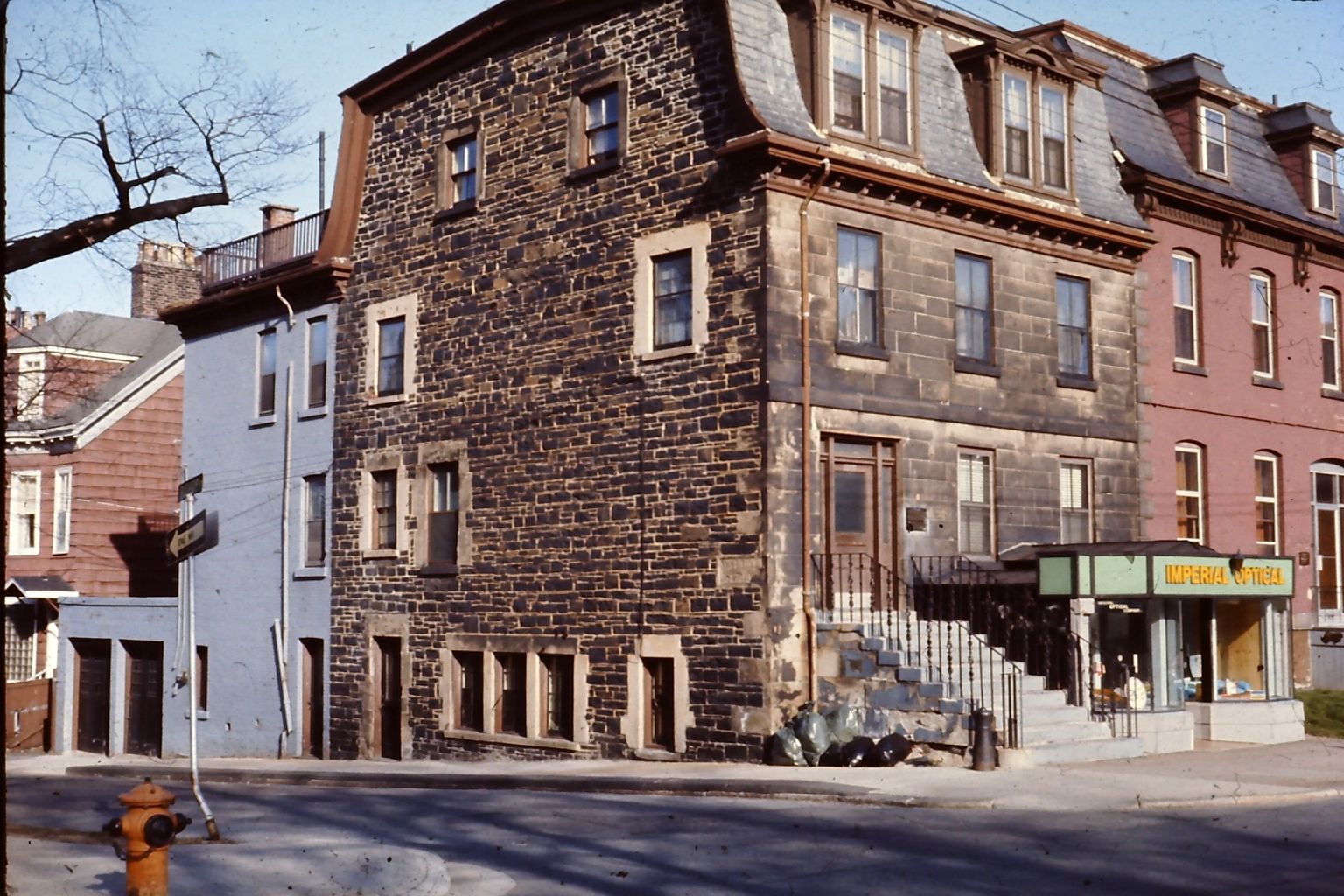 As a side note: careful observers are rewarded because it can be hard to hide alterations in masonry construction. Do you see (above) how the roofline was changed (probably in the 1880s) from a gable to a Mansard form? This makeover made the top floor roomier and gave the building an updated appearance.

A favourite house (it feels French to me), on Morris Street, has a sandstone ground floor, and the second floor is clad in wood fabricated and painted to look like cut stone. The side is solid, black, ironstone. Originally there may well have been a neighbouring house close by, in which case the contrast of materials would not have been as obvious as it was when I took this picture in 1977. 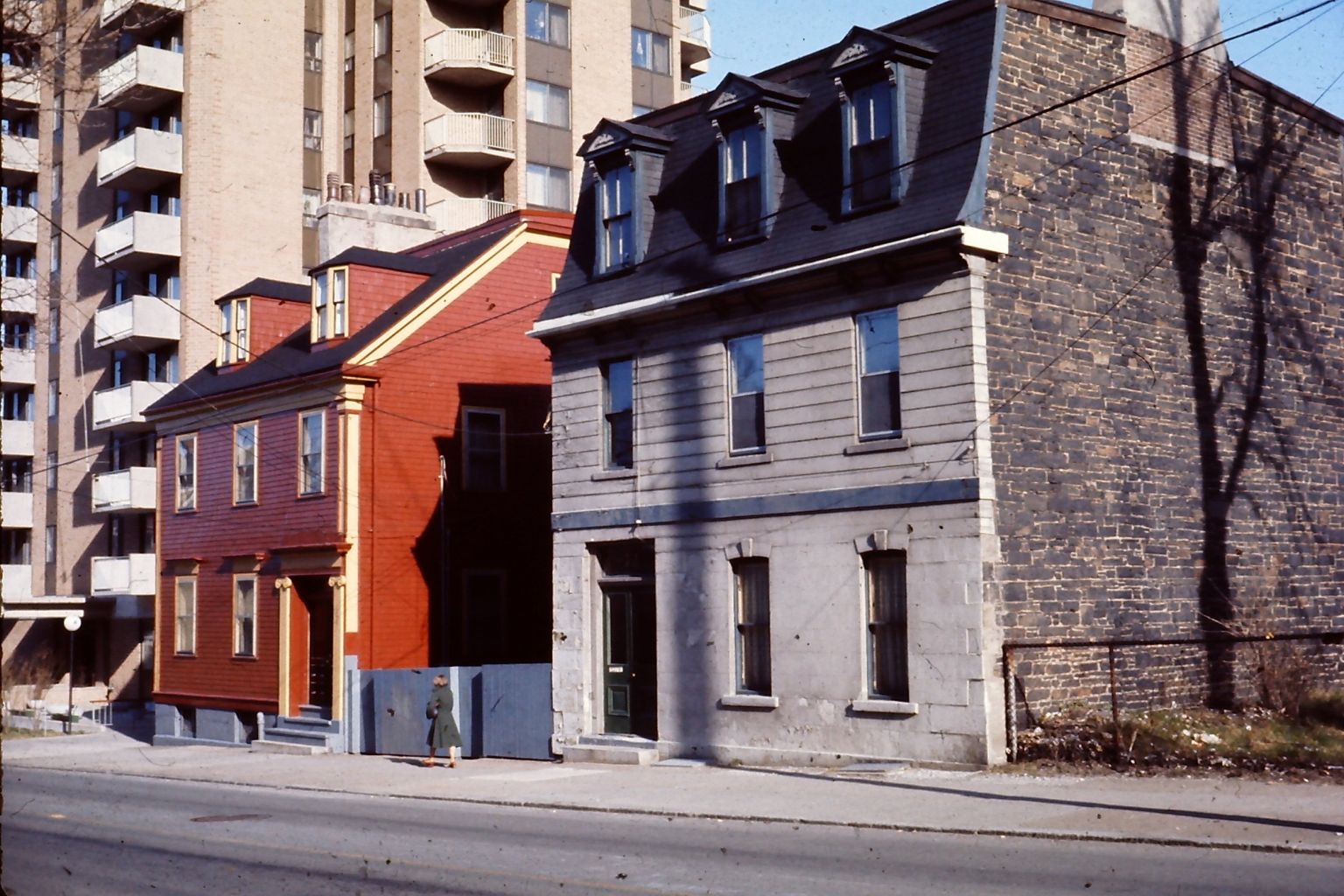 The 1819 Black-Binney House on Hollis Street shows that you can have your cake and eat it too. The front is granite cut to precise Georgian proportions. The sides are brick that has been stuccoed and painted to match the granite front. Works for me. Early brick in Nova Scotia was often poor quality so the stucco would also have protected it from the weather. 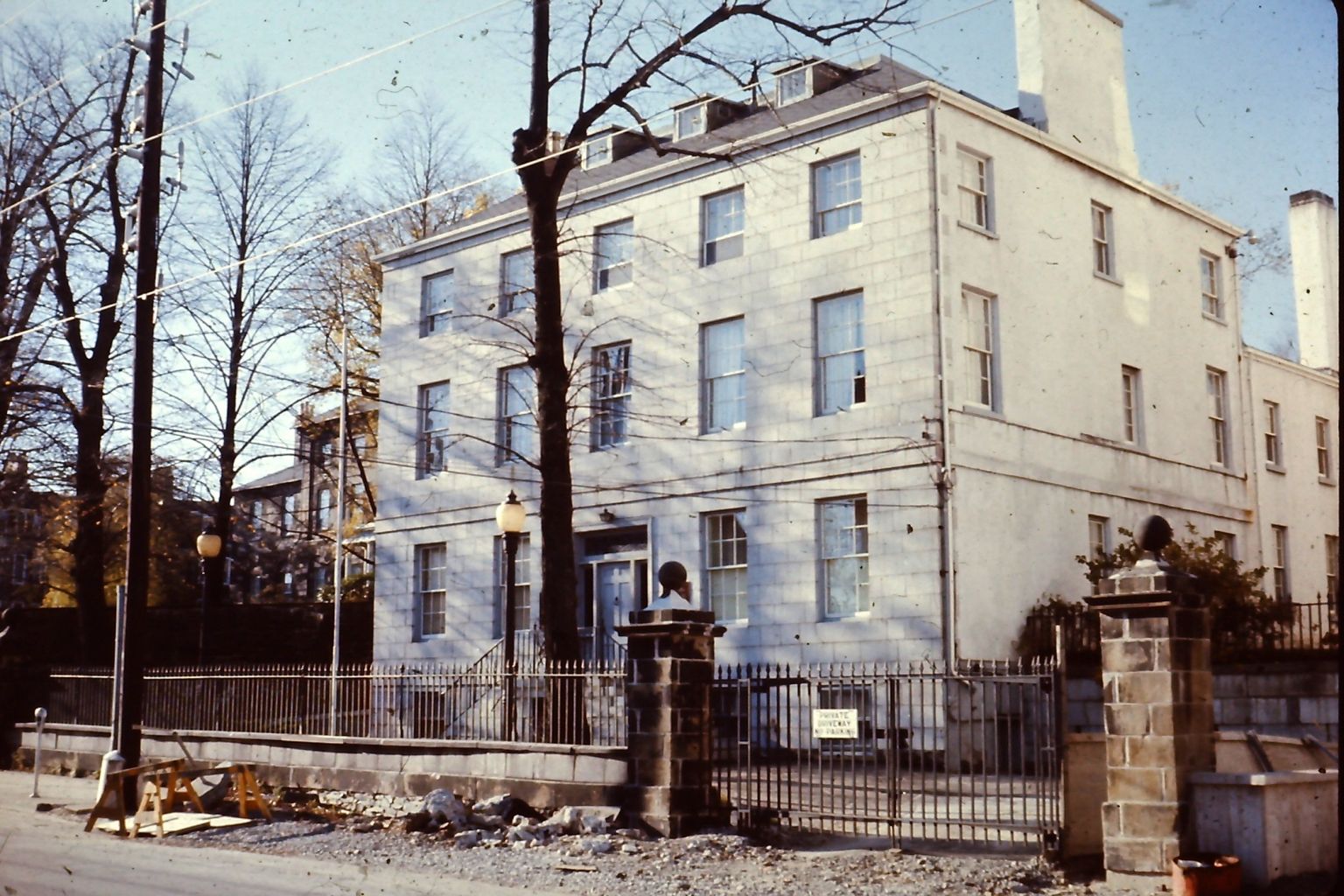 By the last half of the 19th century, many big urban fires in the region encouraged the expansion of the local brick industry. The Robertson Building of the Maritime Museum is an example of the requirement, after c1860, for buildings downtown to be built of fireproof materials. Here the best quality bricks (with a hard smooth face, and attractive colour) were used on the front. Cheaper bricks, with inconsistent colour, were good enough for the side. 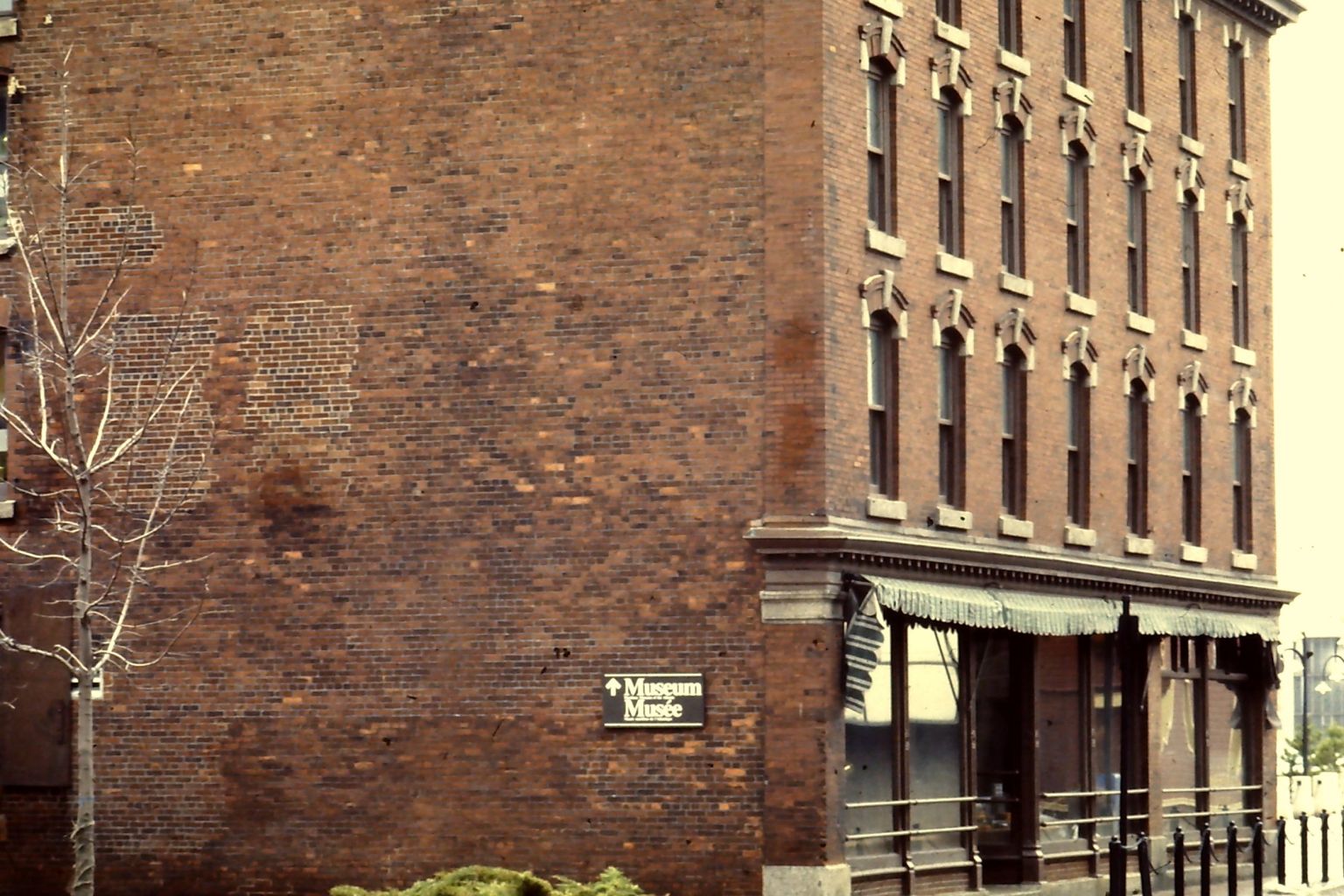 This unusual little house on Birmingham Street clearly shows the difference in quality of the bricks on the front from those on the side. 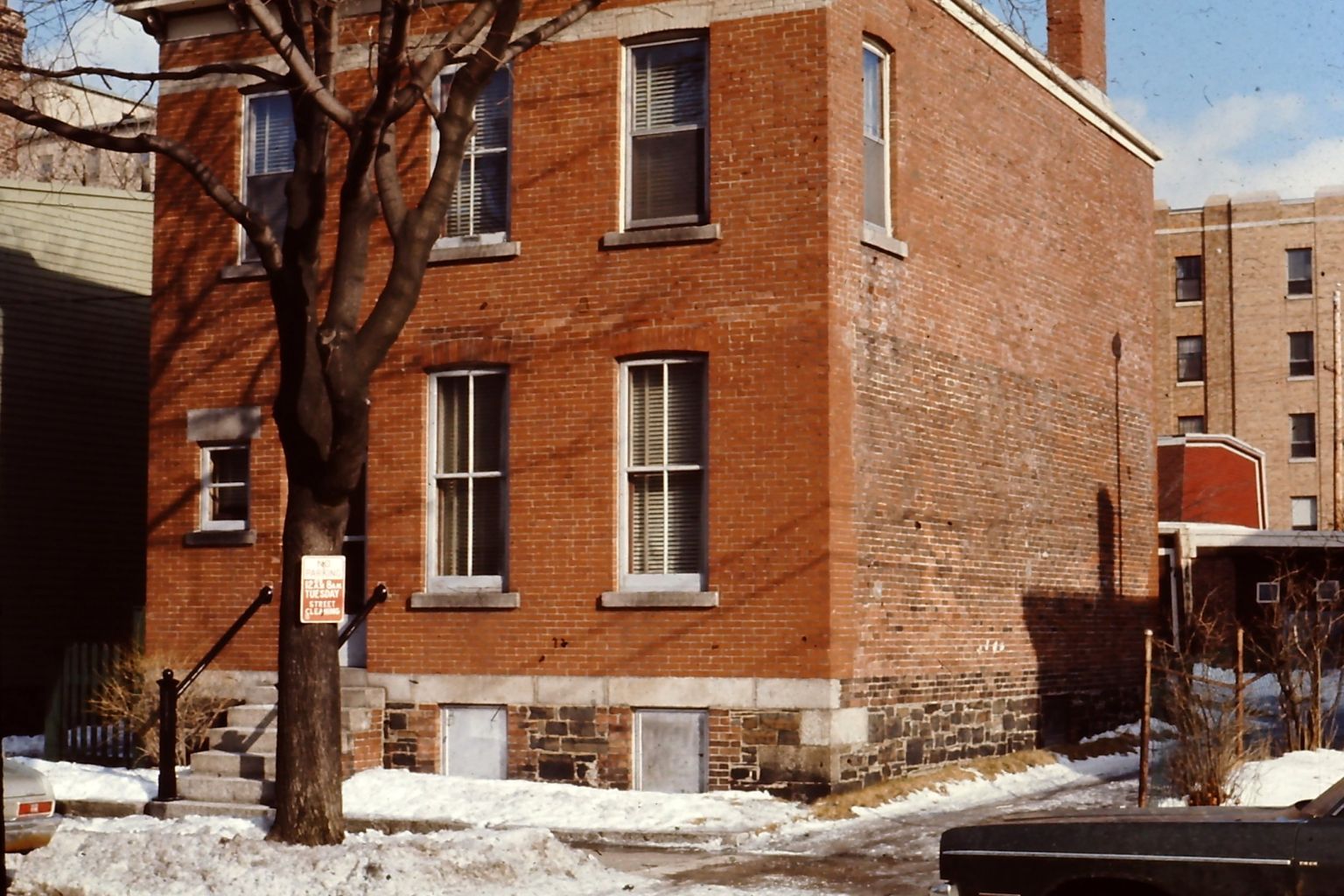 So, nothing earth shattering here, but it was amusing to discover a hierarchy of materials in these buildings. Also the idea of putting your best face towards the street feels charming and public spirited to me. 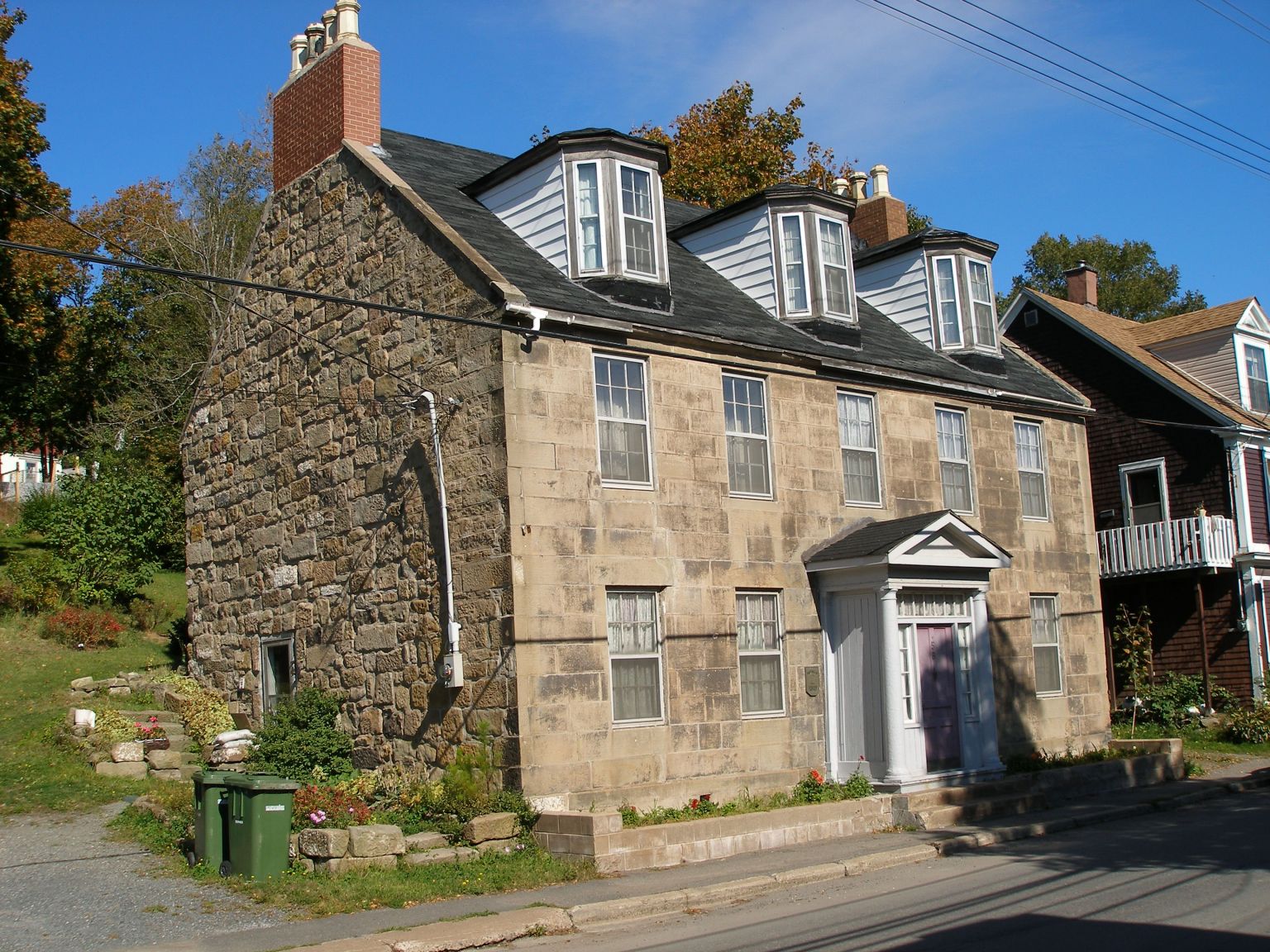 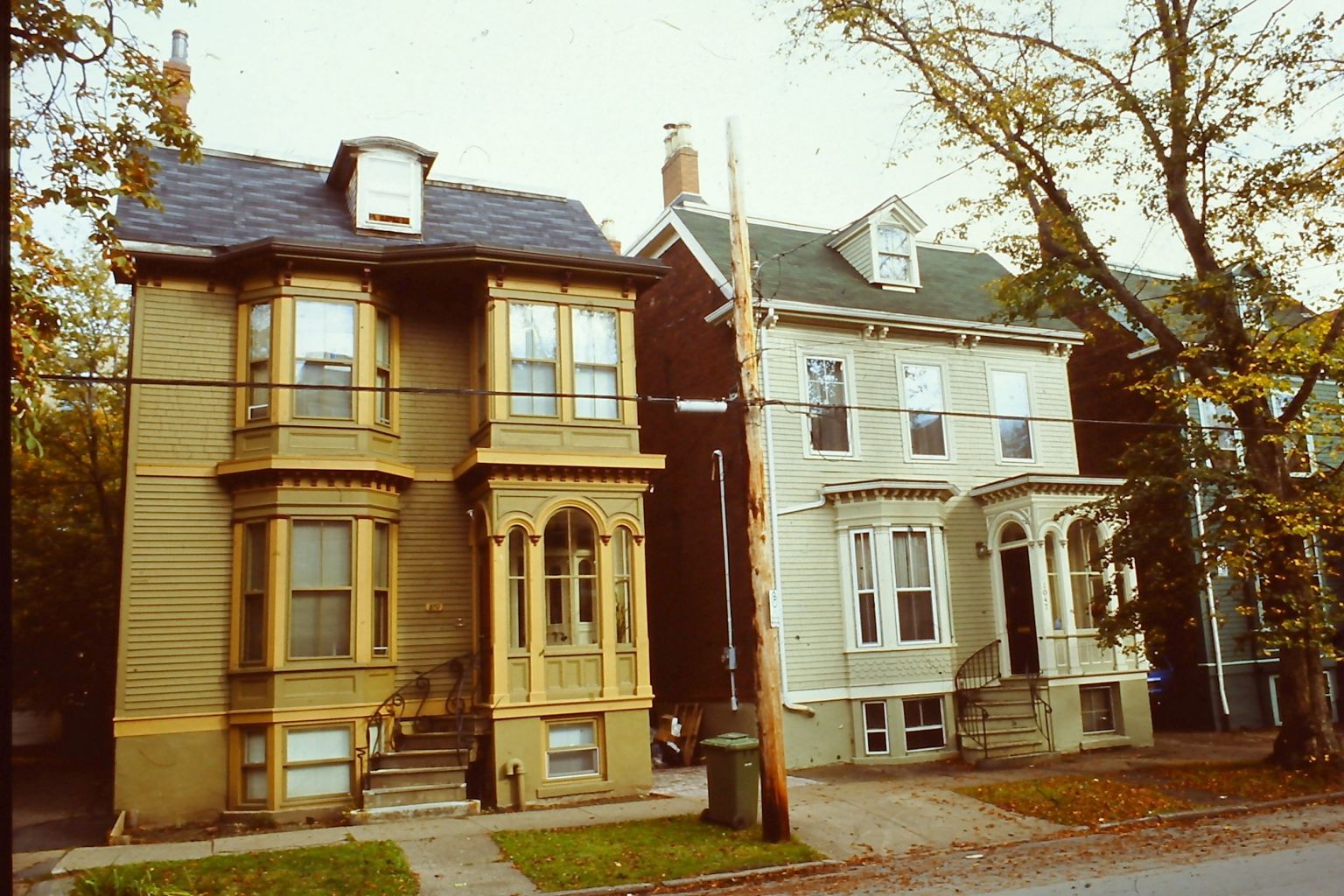 I looked the apartment up on Street View and now the front sort of matches the sides. The world has been turned upside down. 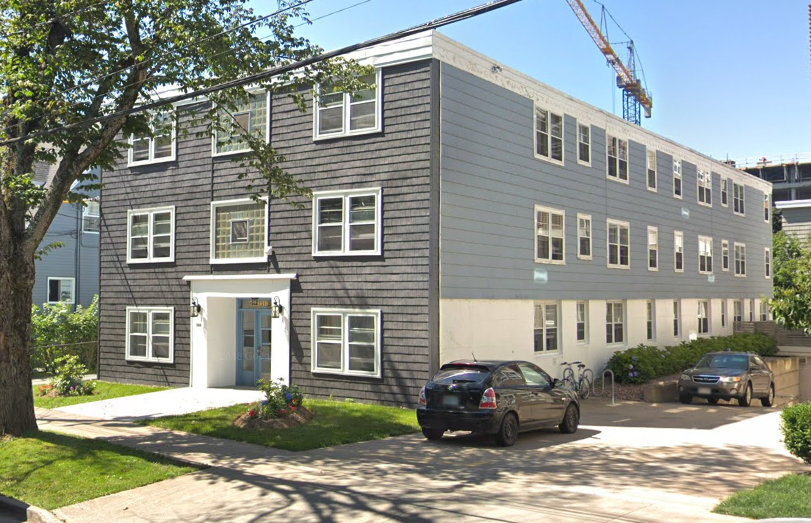