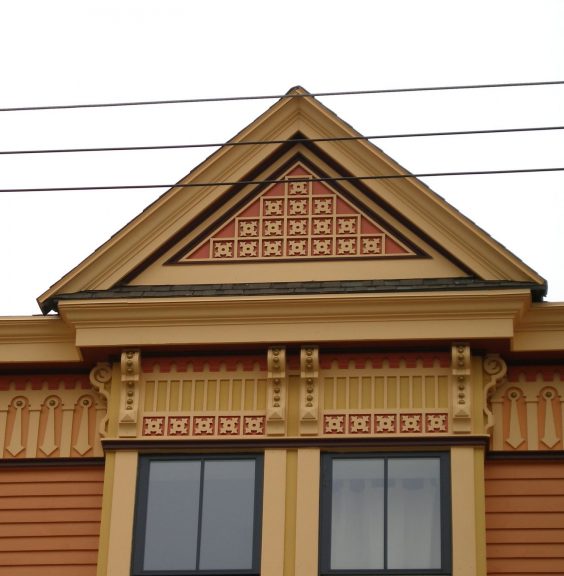 To grow as a noticer you need to be challenged so your understanding of materials, and design, and technique is constantly expanding. Recently three people, whose work helped to train my eye, died. I wanted to take a moment to acknowledge them and their creativity.

If you live in Halifax you have seen Hal’s work. His restoration and reimagining of wooden buildings, particularly in the near North End of the city, changed how that district is valued and enjoyed. His training in costume design, experience in theatre set design, and fluency in the language of Victorian architecture, prepared Hal to clothe his buildings in the best costumes they had ever possessed.

Take, for example, a prominent corner building on Creighton Street at Cogswell. On the Forbes Restoration Facebook there is a before shot. 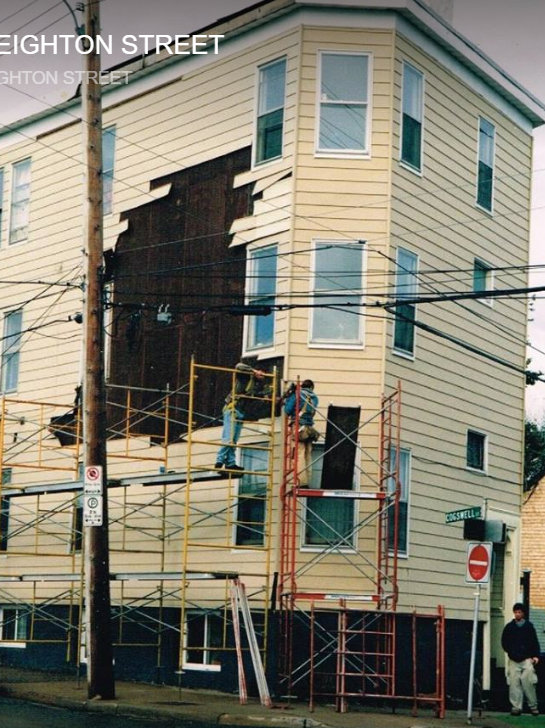 An after photo reveals how Hal could use his encyclopedic knowledge of Victorian architectural details to create a building that feels right, but never was (at least in Halifax). 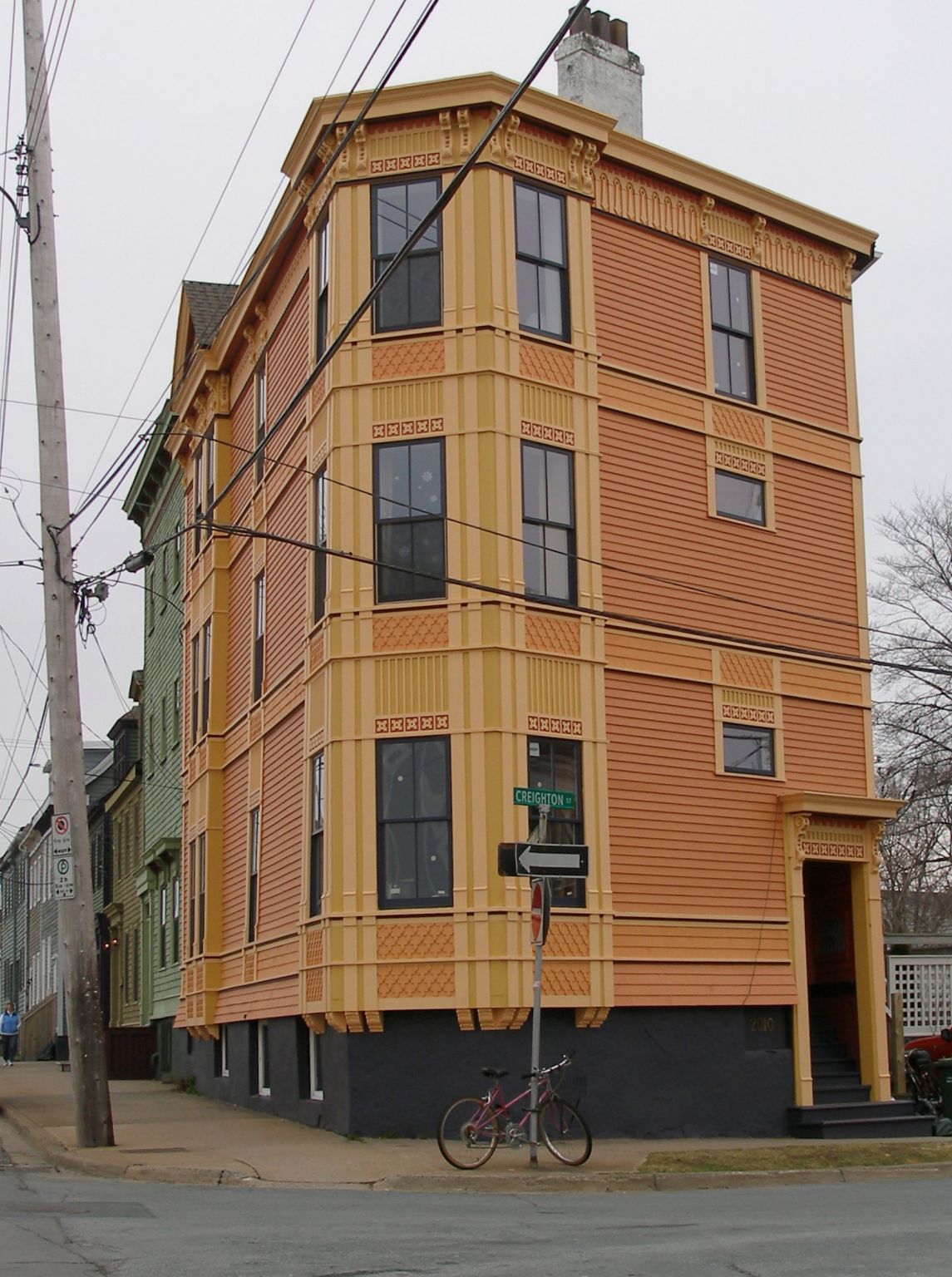 I particularly appreciate how Hal rejuvenated several corner stores, an under-celebrated Halifax building form. This site, now Dee Dee’s, shows a couple of Hal’s tricks. The little veranda distracts you from noticing the two doors to apartments; the yellow ochre building was originally a wing of the store but visually treating it as a separate building makes the composition sing. 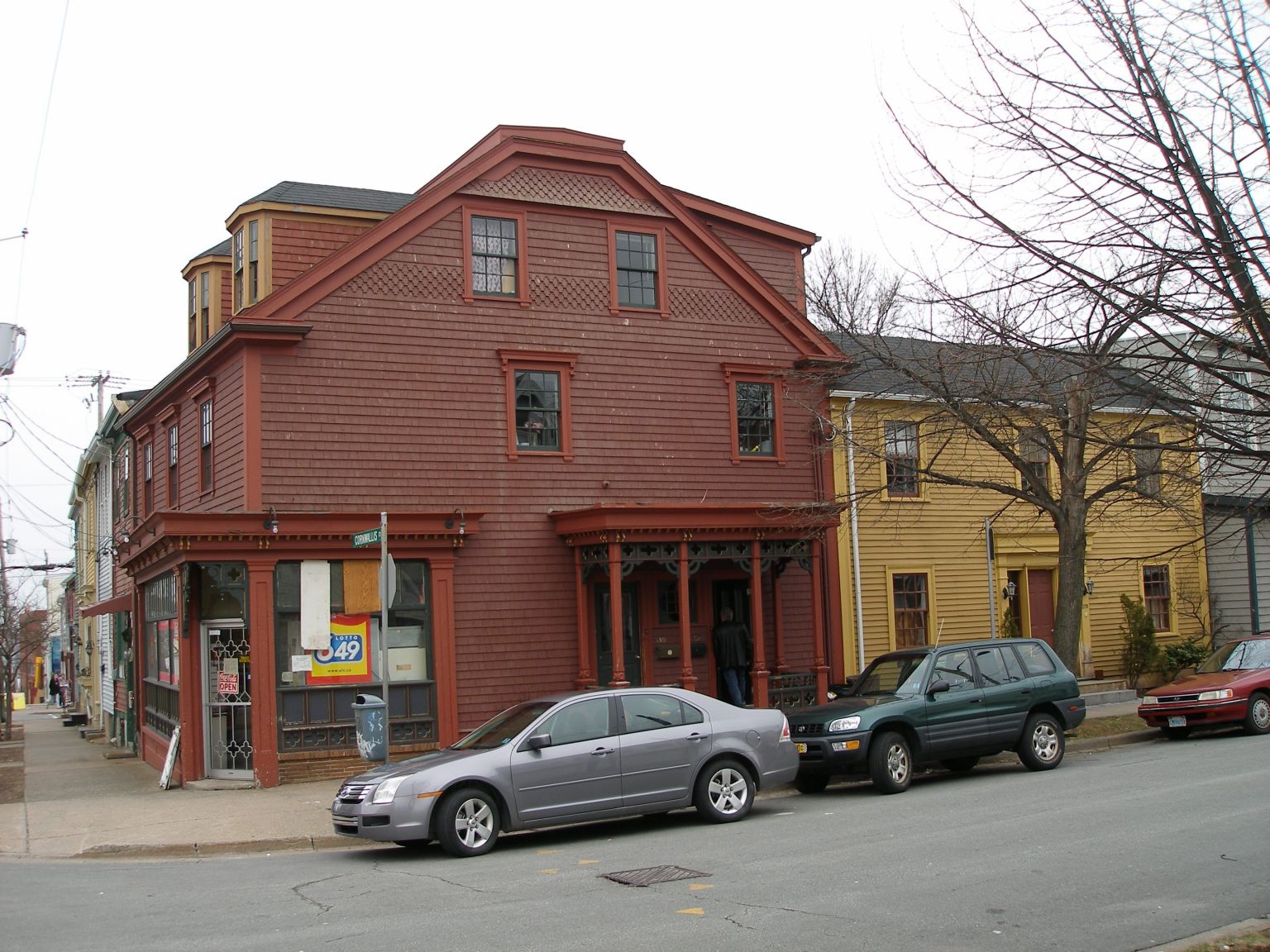 Are you getting the idea of why there is so much to love in Hal’s work? Take a walk in “Hallywood” and hope that his energy will linger. 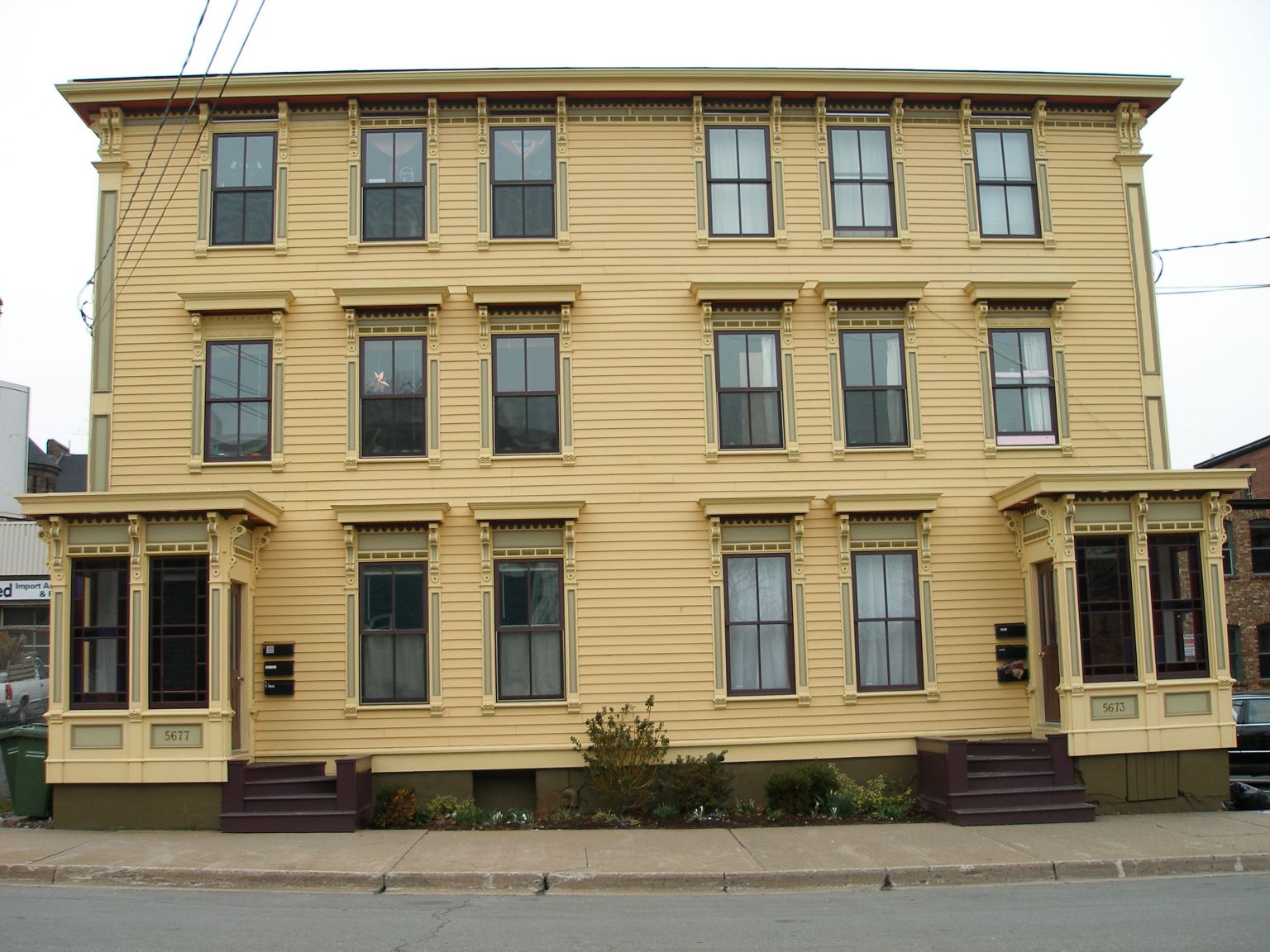 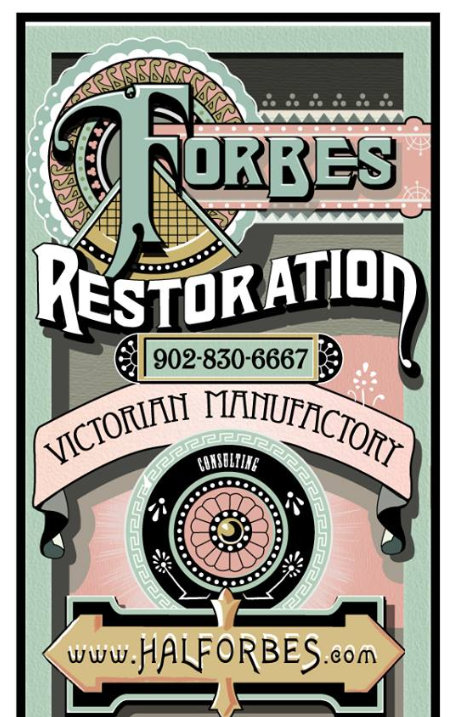 Only the phone number and the web address show that this is not an 1880s ad, and even they don’t look out of place. Hal resided in the details.

I first remember coming upon Jeff Amos’ work in Mahone Bay about 2002. He had a showroom of furniture made from the most amazing pieces of live edge wood. The pieces were enthralling: dramatic wood grain, imperfections in planks honoured, the informality of a natural edge. Live edge wood has gradually become widely appreciated and desired, but it is the work of Amos Wood that, to my mind, sets the standard for design and quality.

A couple of years ago we realized that a simple live edge table/bench was what we needed for our small rooms. It was fun and easy working with Jeff to select a piece of wood and let him work out the details. A simple object that brings visual and tactile joy. 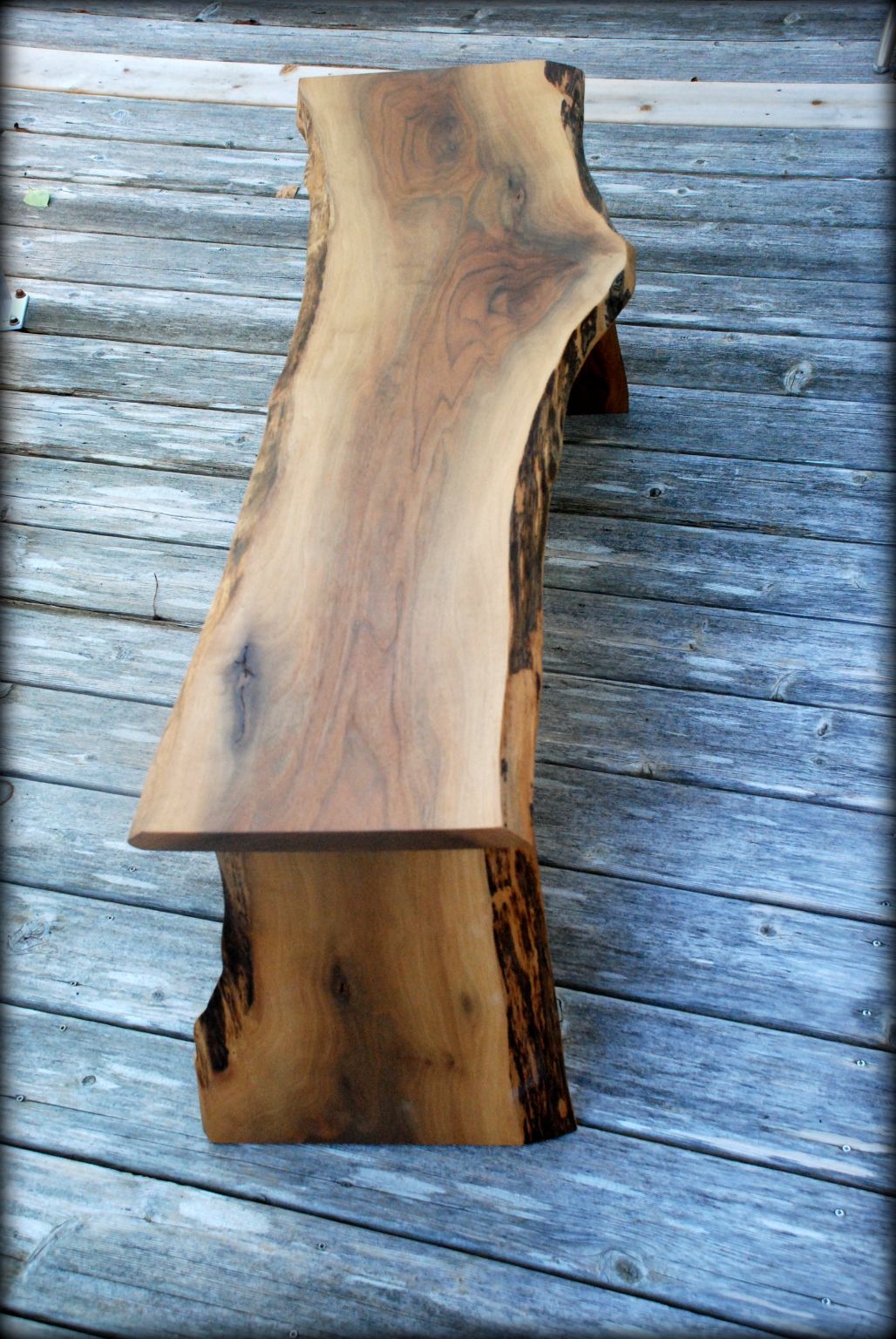 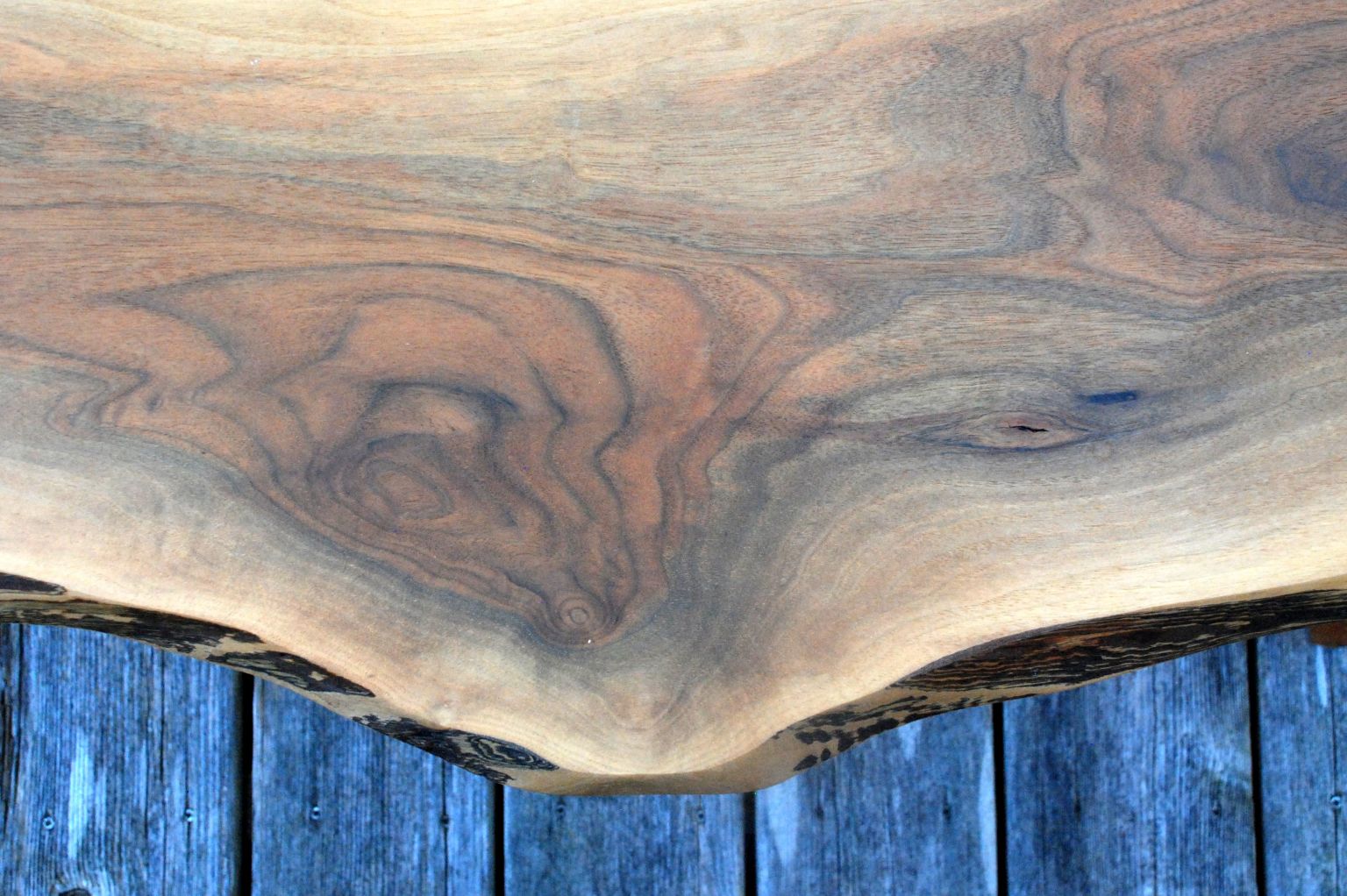 More recently Amos Wood introduced me to the charms of charred wood, a traditional Japanese technique known as shou-sugi-ban. Burning the surface of certain woods creates a stable charred surface that is surprisingly beautiful, and a permanent finish for siding. Local architects and designers are embracing the look.

Heather Lawson of Raspberry Bay Stone in Bass River was the province’s best known stone carver. I believe she learned her craft from British artisans who came to restore the Art Gallery of Nova Scotia (old Post Office).

Many of the gardens we visit have a piece or two of Heather’s sandstone sculpture or objects. Our local sandstone is such a wonderful material, and yet it is not used nearly enough.

When Sheila was celebrating a significant birthday, worthy of a “stone,” we commissioned Heather to make a name stone for our garden/property. 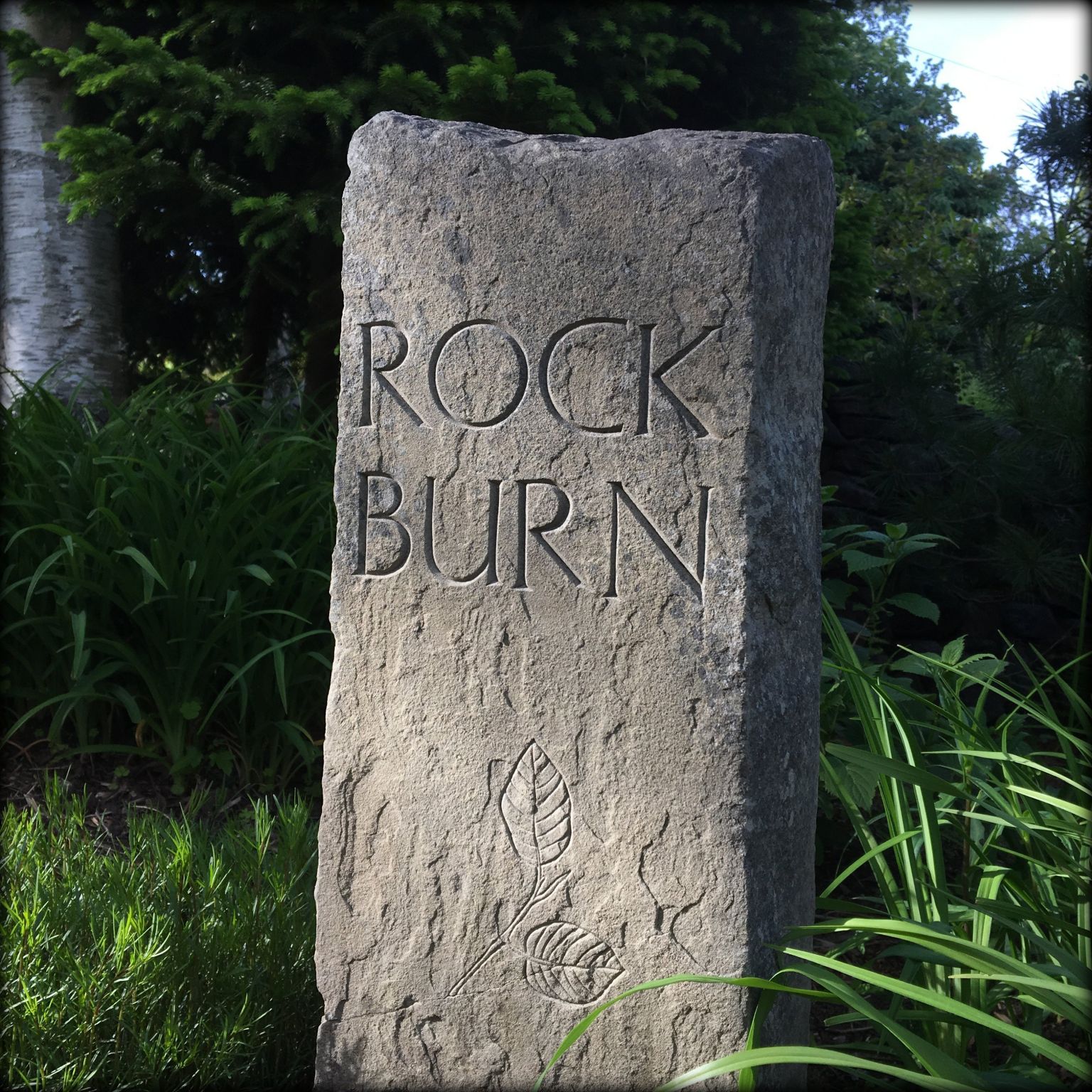 We also have a large stone bowl she made. 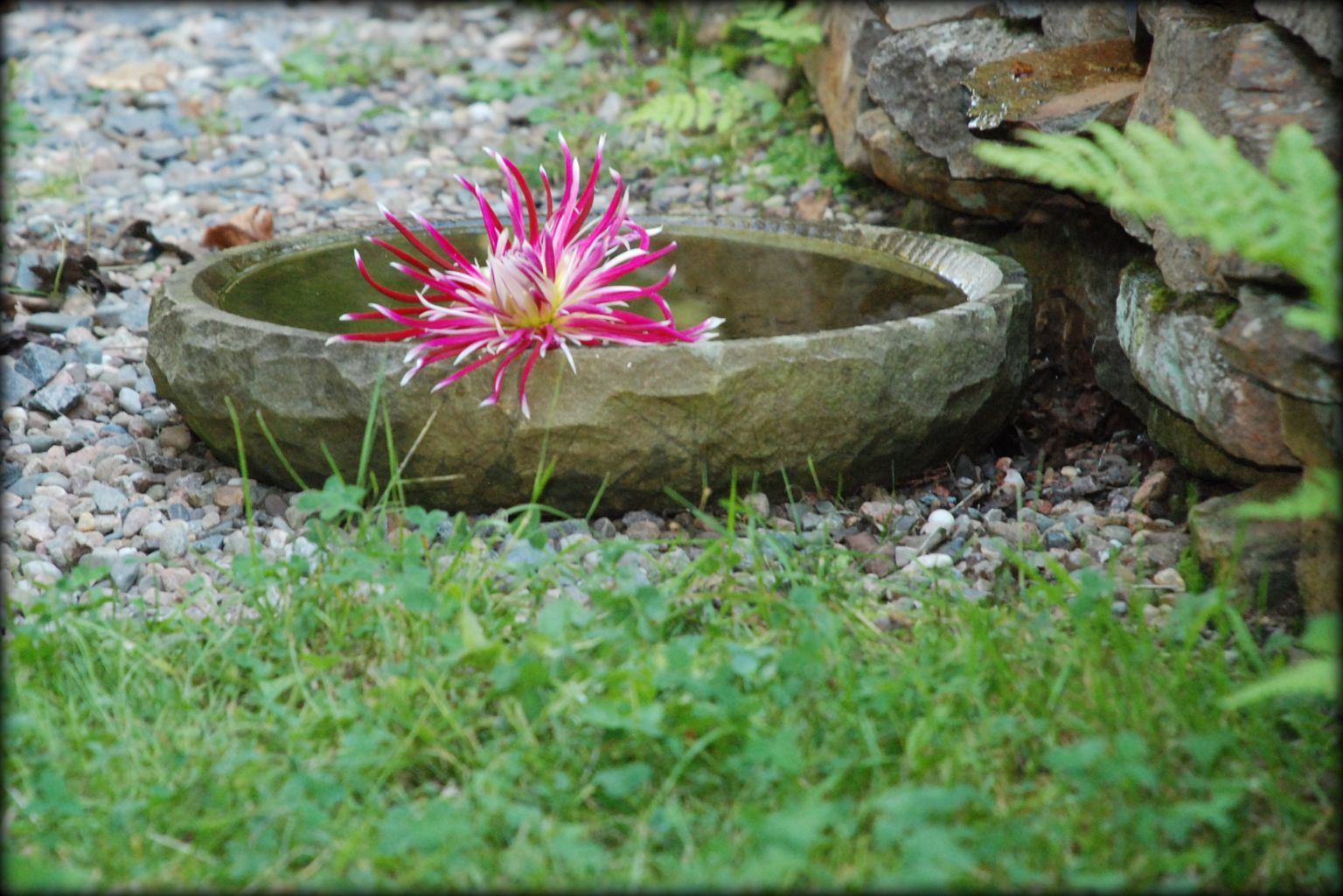 Heather worked with many folks who maintain and preserve the stones in our community cemeteries. Her knowledge and generosity of spirit will be missed.

One of her last works, that I noticed, was the striking gravestone for Alex and Rhoda Colville. 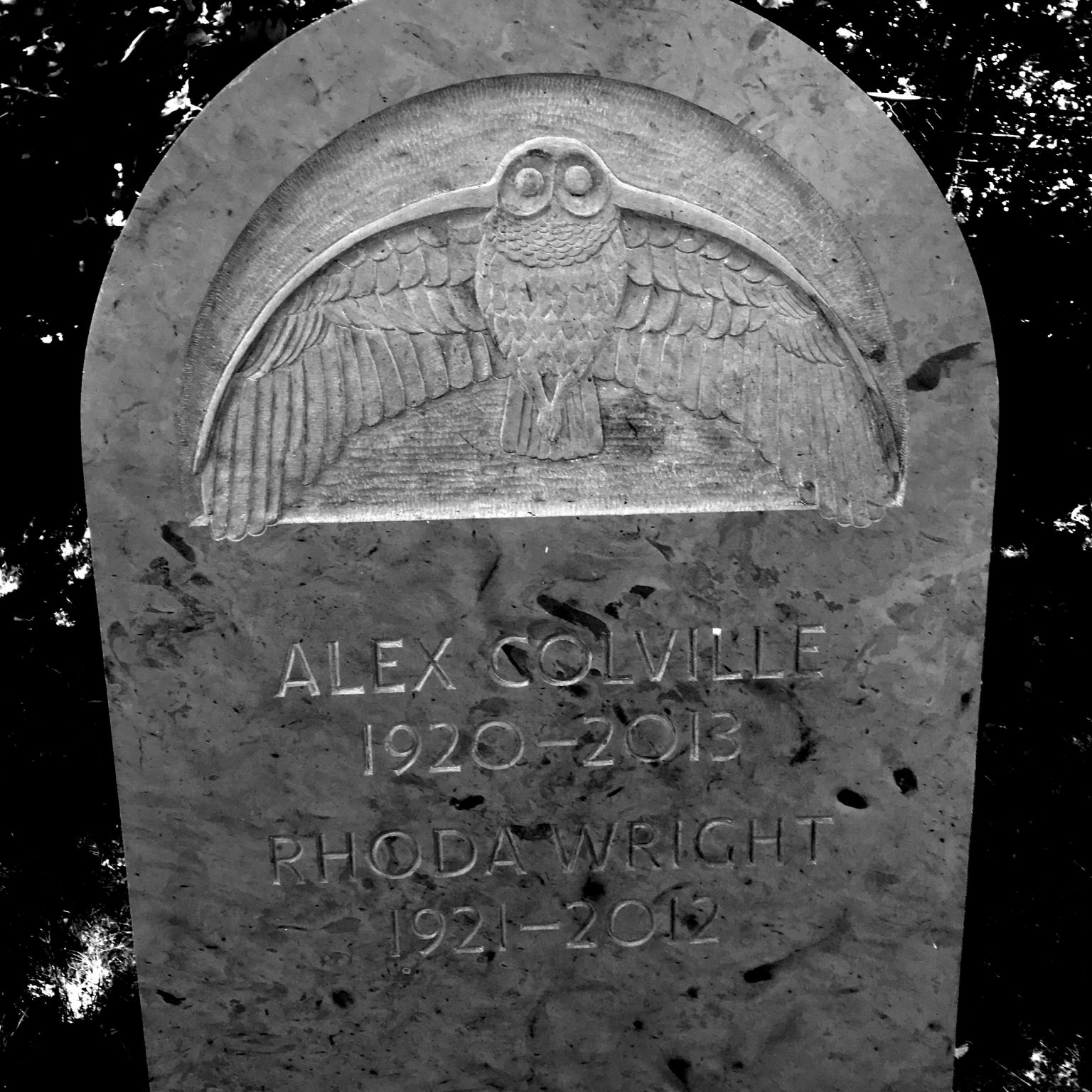 The next day he wrote:

I am still mesmerized by last night’s offering. I came home twice today to look at it again. Googled it. It is the oldest Post Office in the US. Also learned that Dalhousie is in existence because of Castine. Cannot imagine so excessive an embellishment of the soffit frieze detail on such an unadorned building.

That’s someone who really loved his details. Eventually Hal made his own trip to Castine specifically to see this confection. 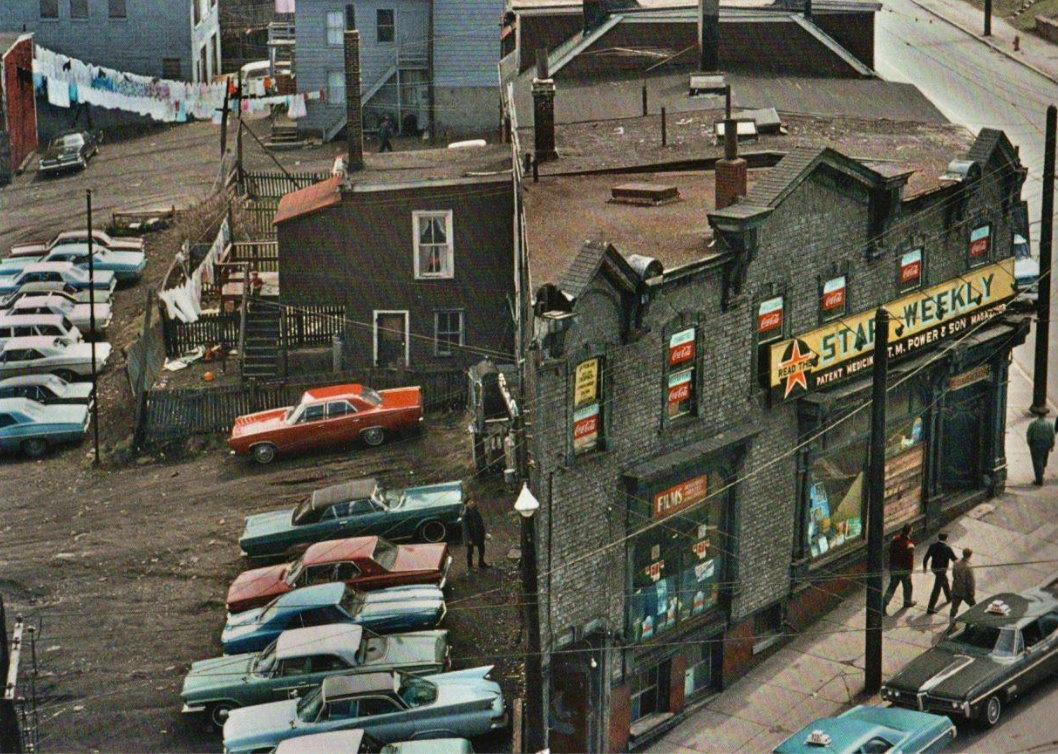 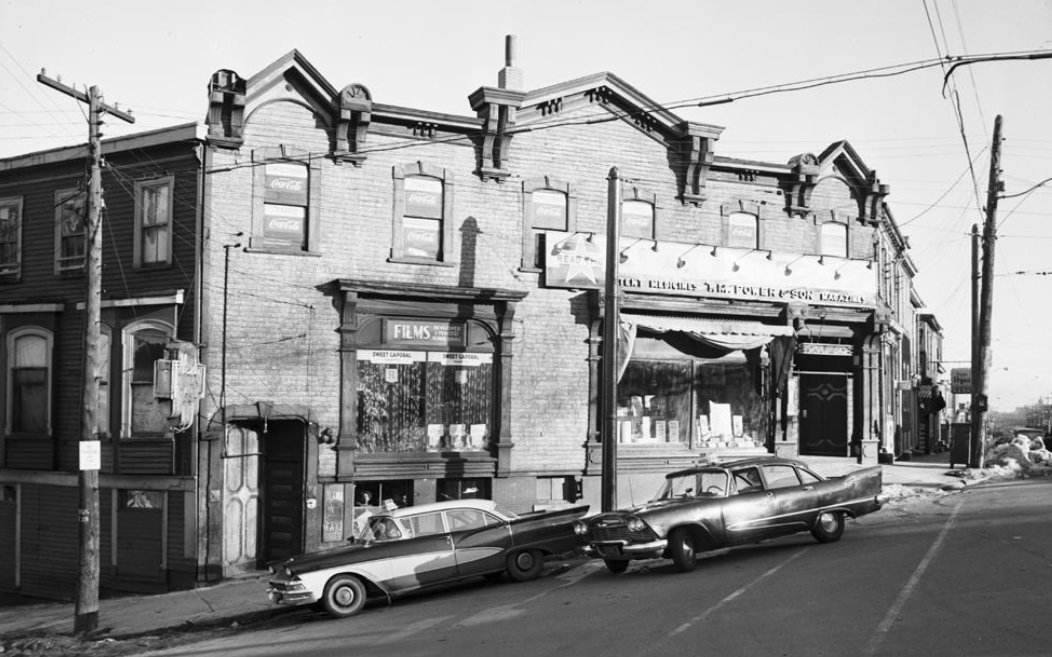 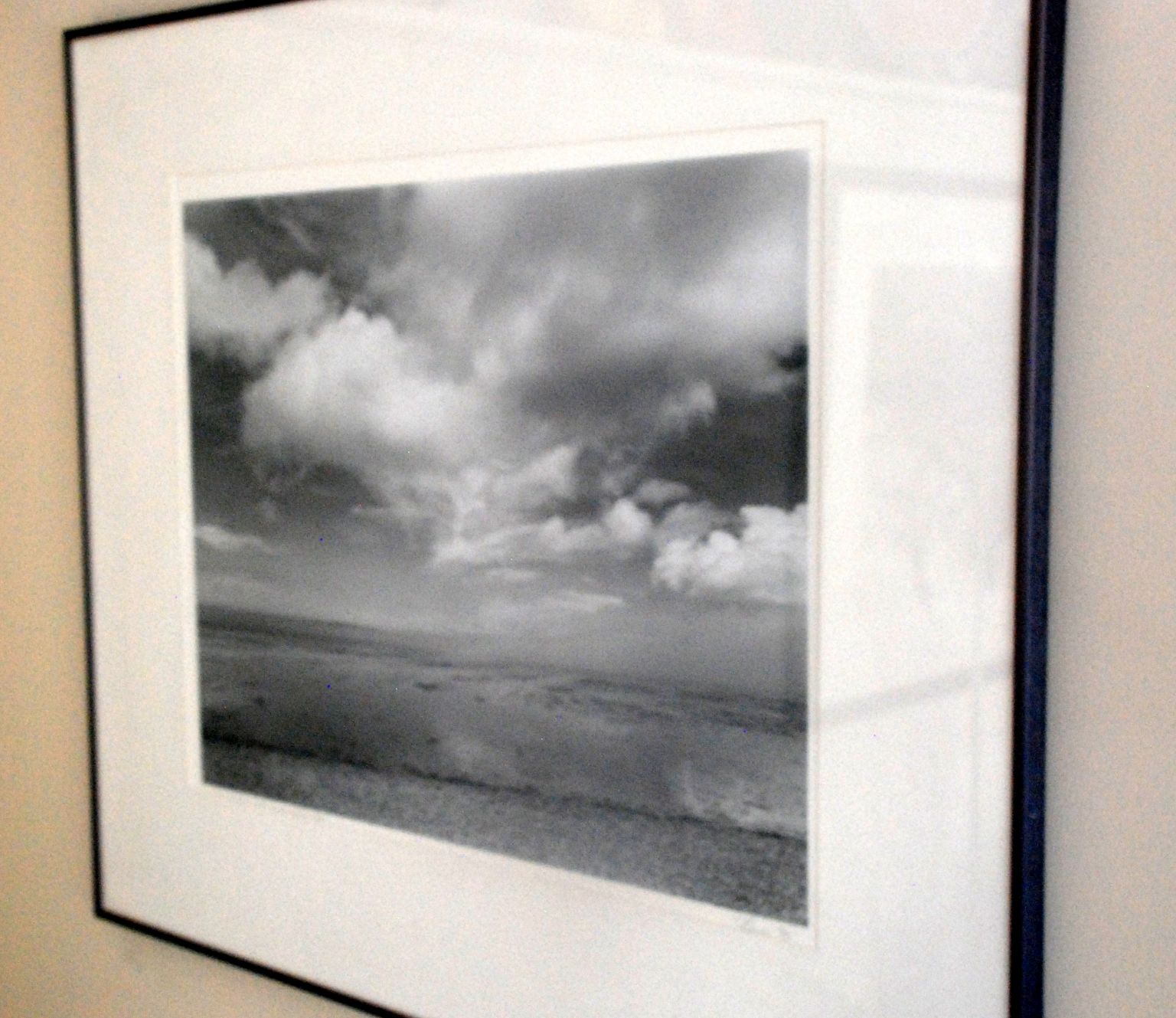