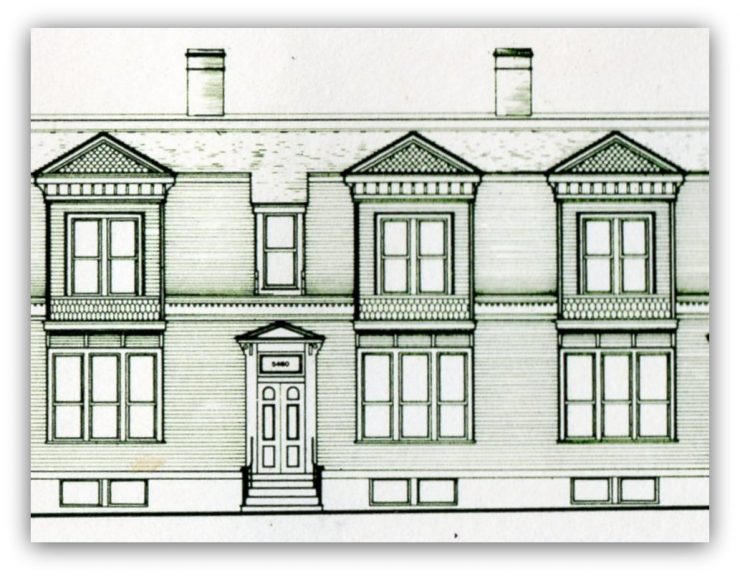 It was sad to get up the other morning and learn that the Knightsbridge apartment building on Inglis Street was on fire. I don’t know anything about the fire or the fate of the unfortunate residents who have lost their homes, but I do have a few thoughts about the building, because in the 80s we lived just across the street.

This is a view from our kitchen window of the building about 1980. Built around 1900 as three attached houses, it had become a rooming house for working poor people. On summer evenings, residents would sit on the front steps and banter back and forth. 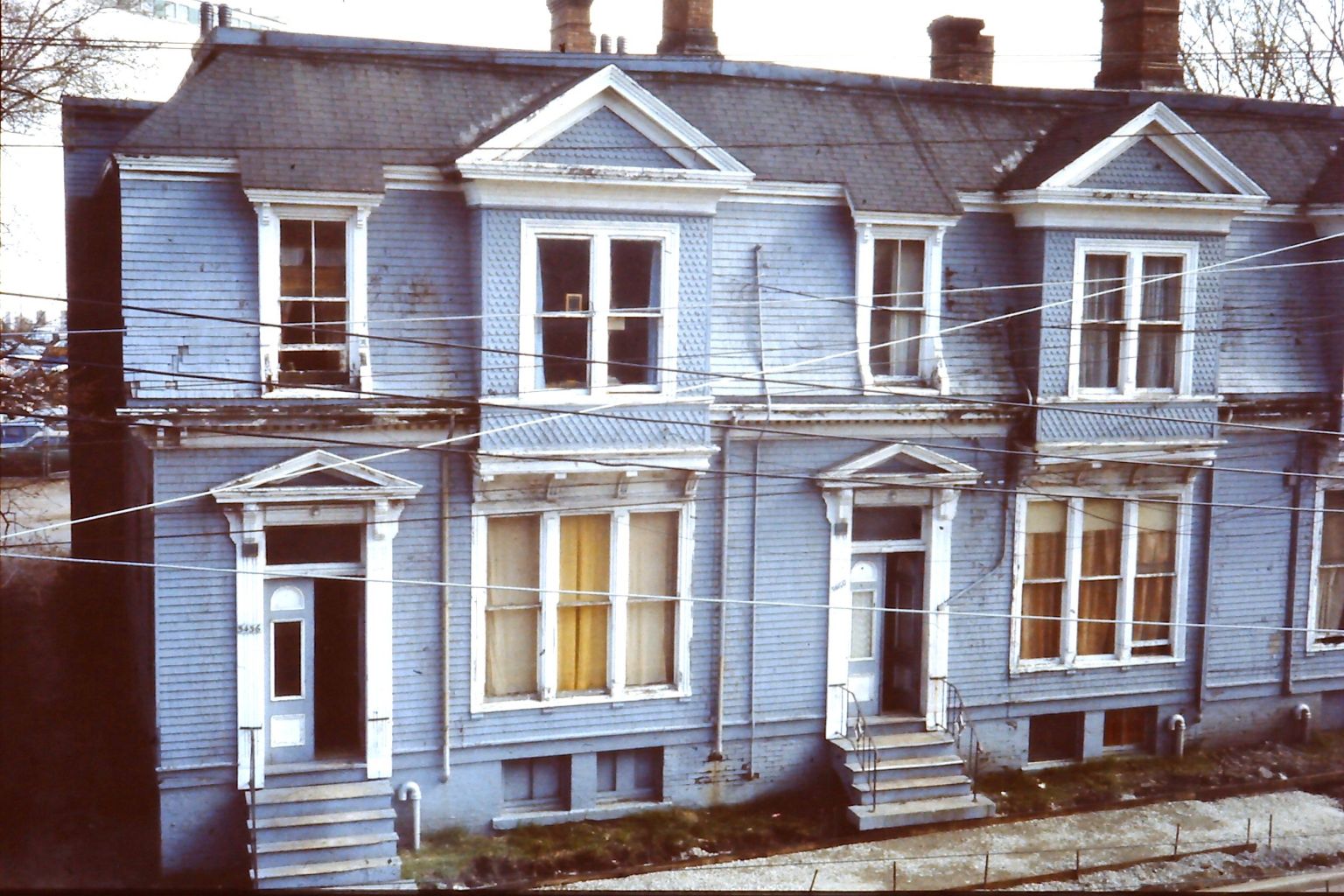 To the left you can see a sliver of Ace Towing’s collection of car wrecks.

To our great surprise and joy, the building was bought and totally renovated in 1985. The front facade was carefully restored; it had probably not looked any better since the day it was built. I saved an invitation from the opening event, because it felt like an important moment for the neighbourhood and the city. These days that facade might be kept, after a fight, only to be grafted on to a twelve-story tower. 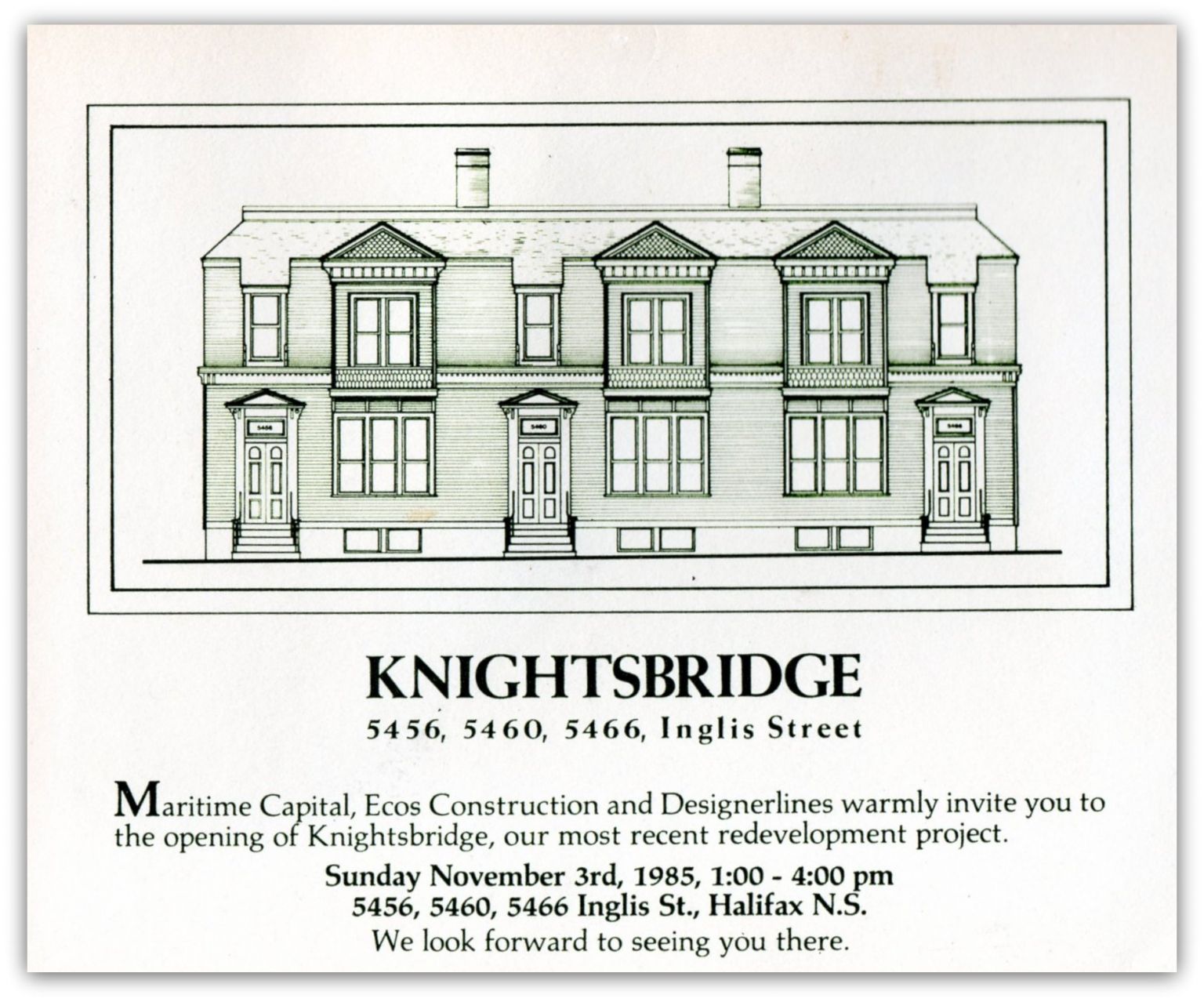 Some of the people involved in the redevelopment project were members of the recently arrived Buddhist community, who were adding new energy to the creative life of the province. I associate Ecos Construction with Jim Dresher, who went on to establish Windhorse Farm in Lunenburg county, a beautiful experiment in environmental stewardship.

And how often does this happen today? Our good friend, the glass artist Rejene Stowe, was commissioned to design stunning, contemporary light screens (windows) for Knightsbridge. We hope they are safe too. 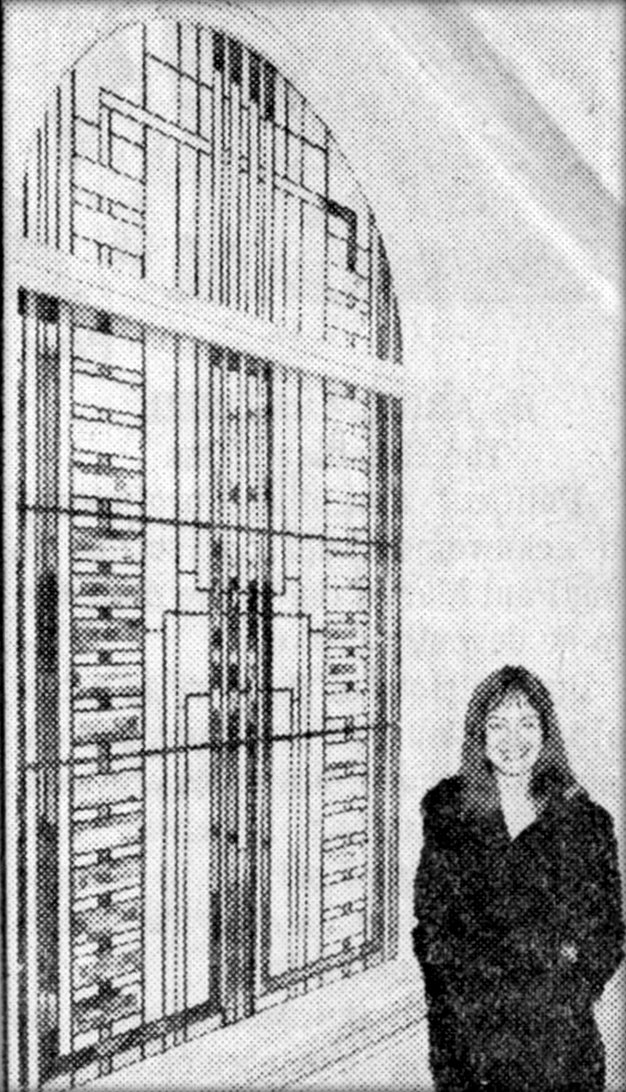 Rejene Stowe with one of her Knightsbridge light screens, Chronicle Herald, January 25, 1986. 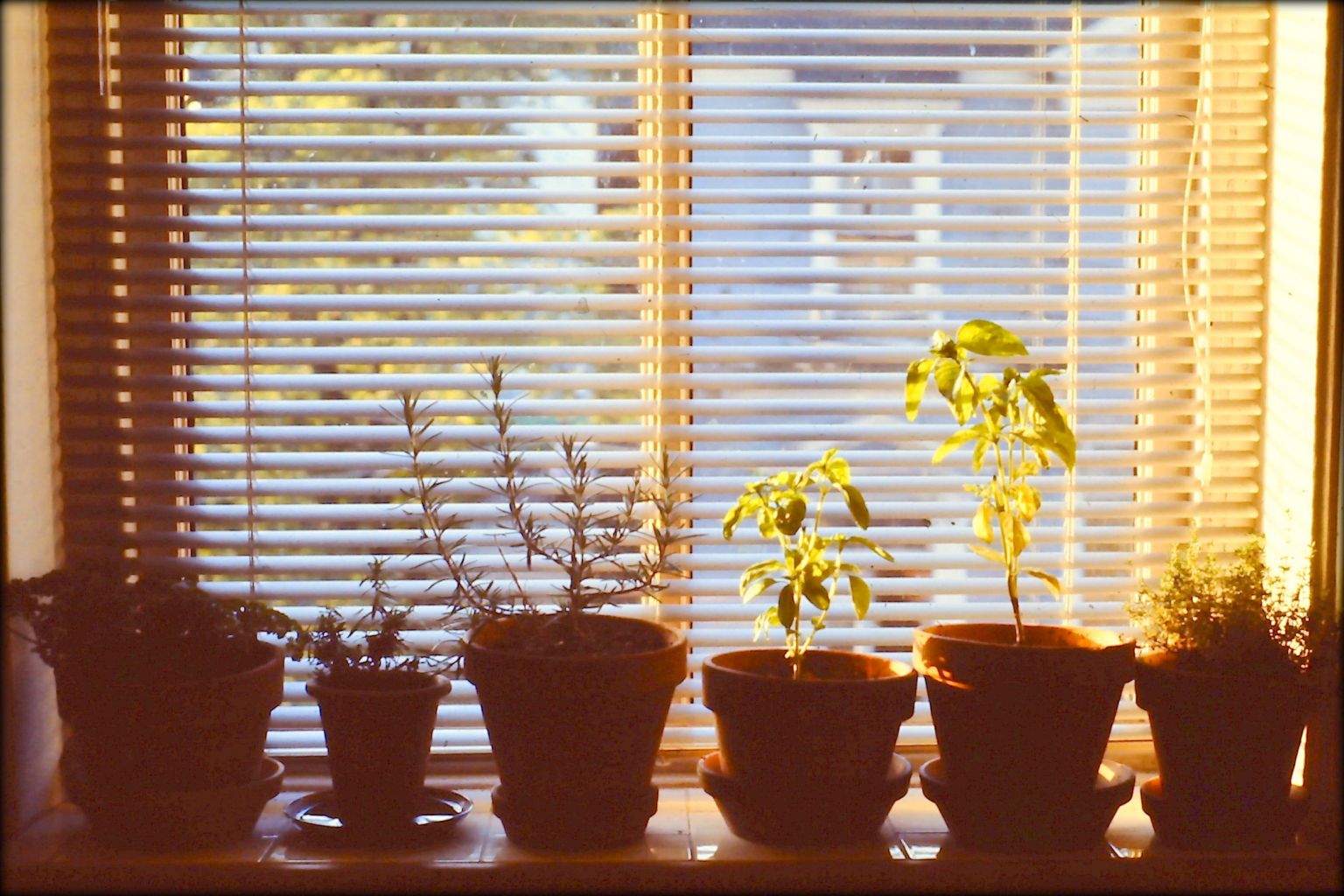