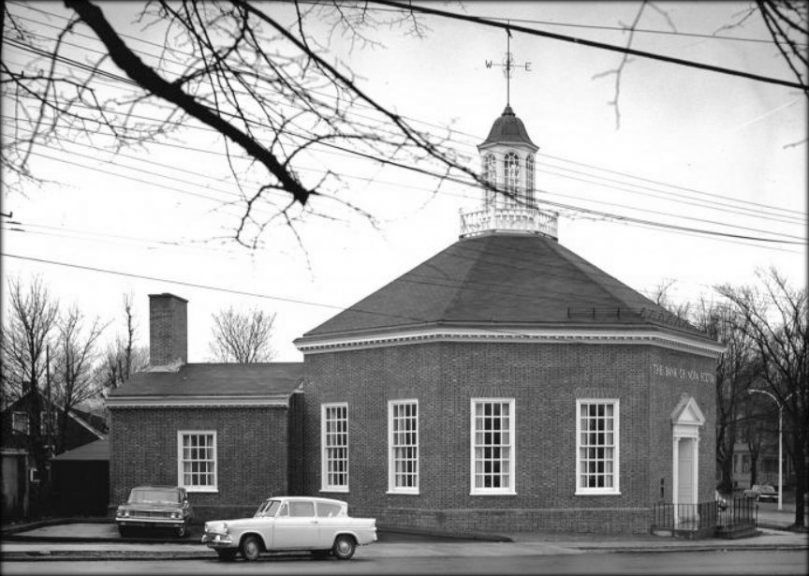 We visited Washington, DC last week for a little “get to know you tour.” When you travel to a foreign land, it’s fun to play games of “what’s same and different from home.” In a future blog I’ll show some of that, but right now I’d like to muse upon a building we saw that immediately felt familiar.

We chose to stay in Georgetown because it appeared to have a rich street life and lots of treats for the eye. We were not disappointed. Around the corner from our hotel was a brick bank building that looked a lot like home. 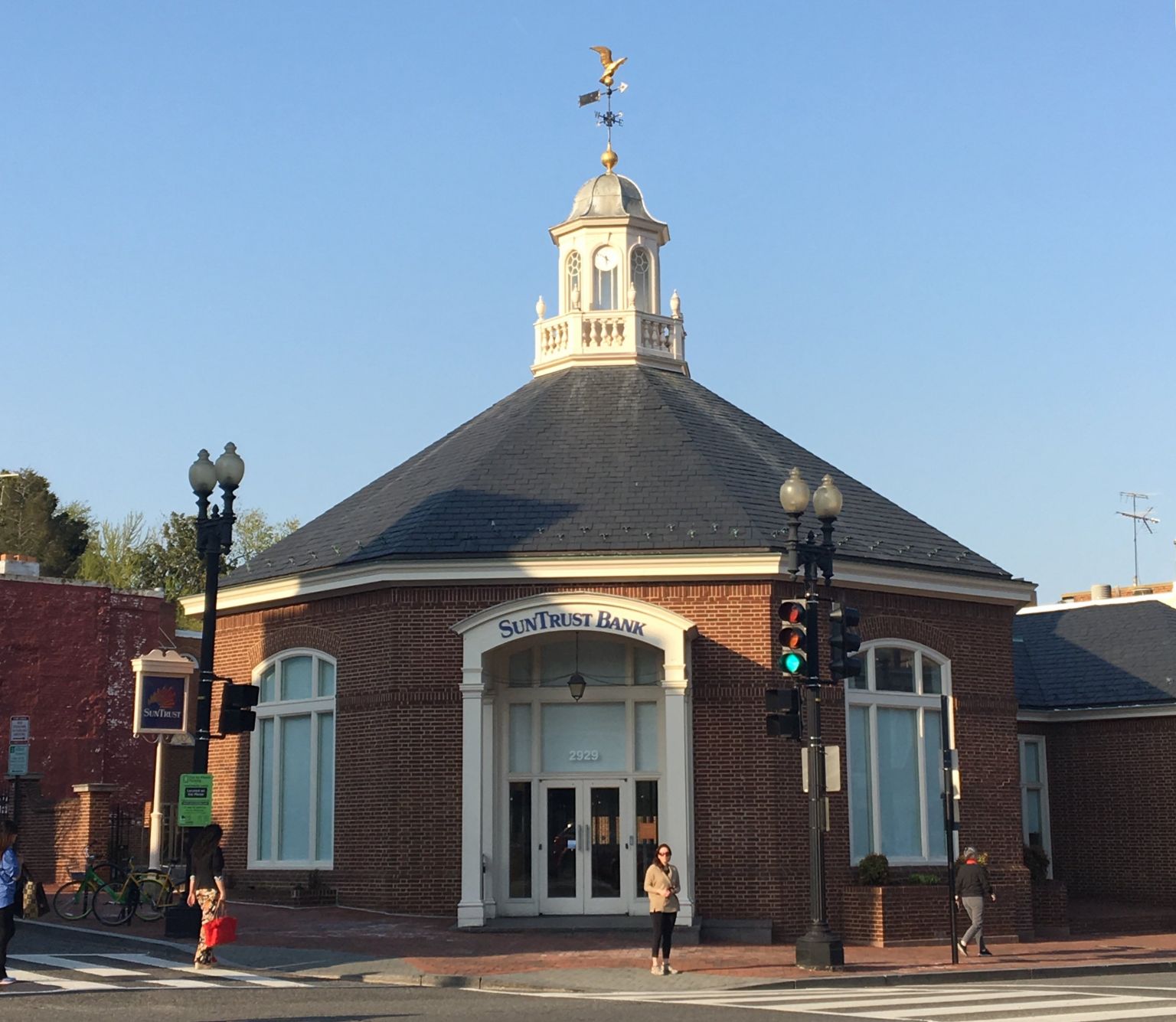 It was a sibling to the distinctive, octagon-shaped Bank of Nova Scotia at the corner of Coburg Road and Robie Street in Halifax. 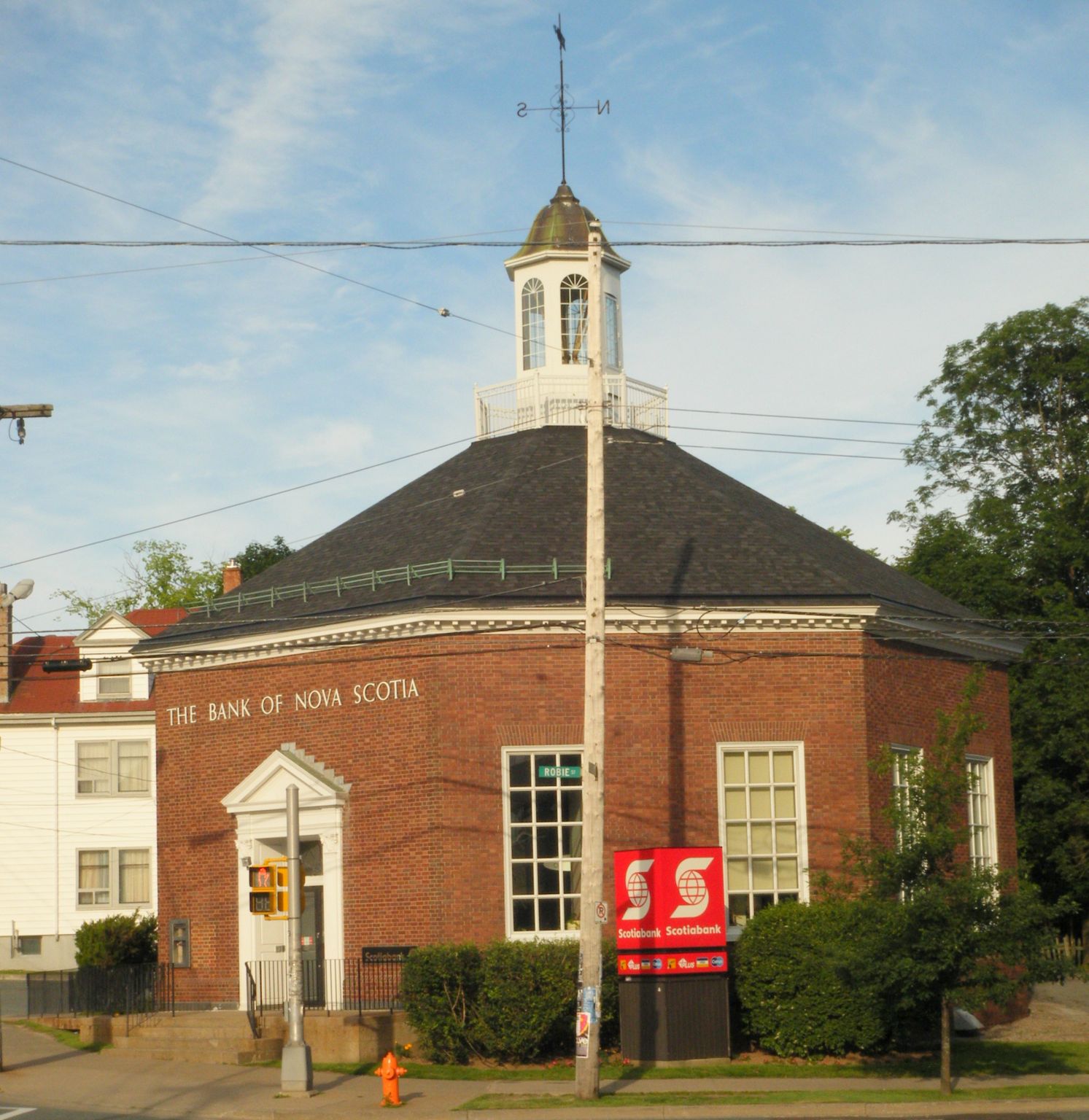 It’s remarkable that the elegant 1964 signage has survived. The freestanding Scotia Bank cube is a good solution. A photo from 2012.

I don’t know if there is a large family of colonial revival, octagon banks spread across the continent or if these are twins, separated by geography.

The Halifax bank was completed in 1964 and designed by C.D.Davison, a well-known local architecture firm. 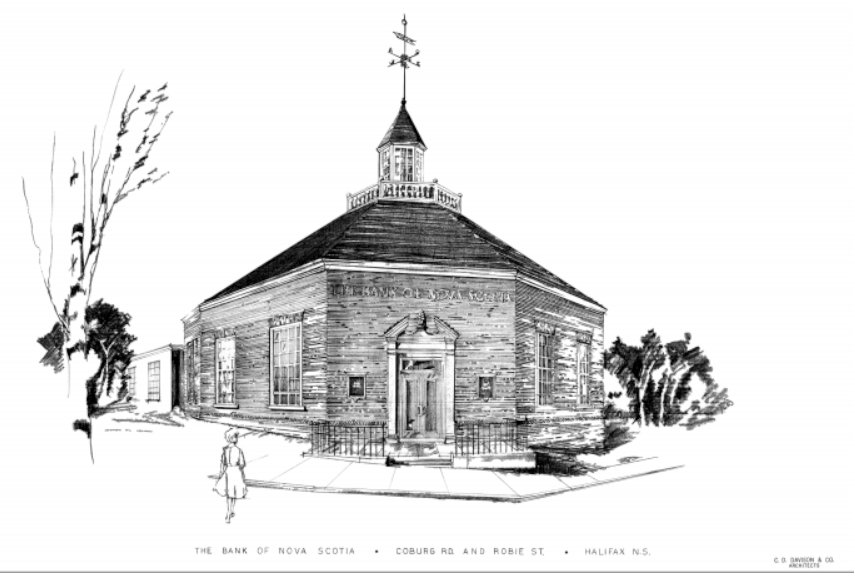 This architectural rendering of the bank actually looks like the finished product (and we’ll forgive the lack of power poles, won’t we). DSRA web site

I love this photo of the Halifax bank ‘shortly after it was completed’, showing how beautifully the building was detailed. Compare the authentic-feeling windows and door to the strange arched openings in the Georgetown example. 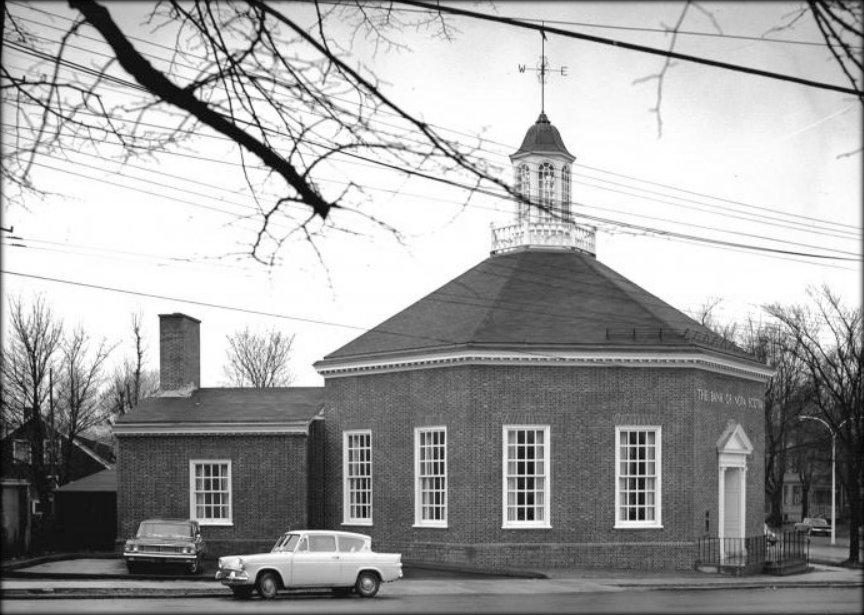 And what’s not to like about that Ford Anglia parked out front. Cheap and quirky, small English cars were very common in Halifax at this time. The Anglia was a down-market relative of the Ford Prefect of “Hitchhiker’s Guide” fame.

I remember vaguely when the Bank of Nova Scotia was built (we lived nearby in the nut streets). It felt special and unusual then, and American in its architectural DNA. Colonial Williamsburg, in Virginia, has an octagonal gun powder magazine and many refined brick buildings. That’s an easy drive from Georgetown. 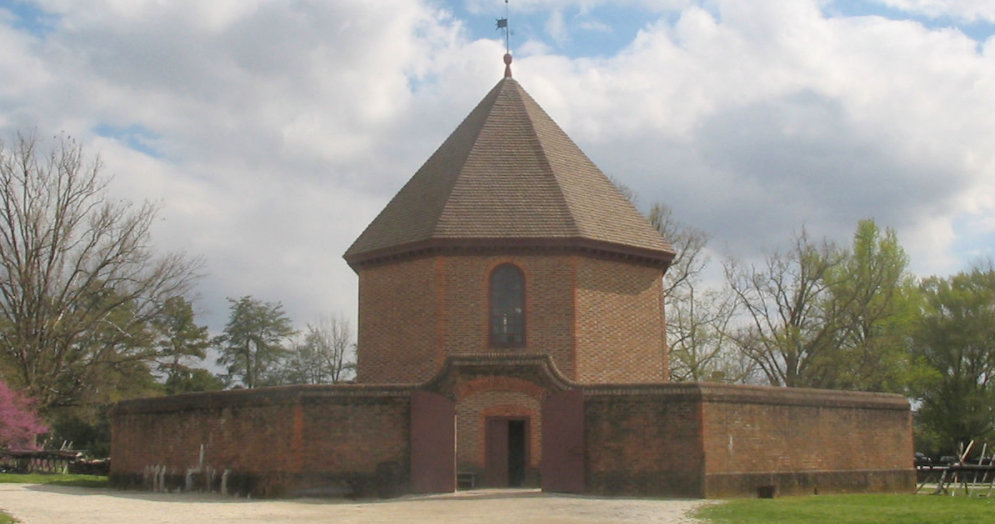 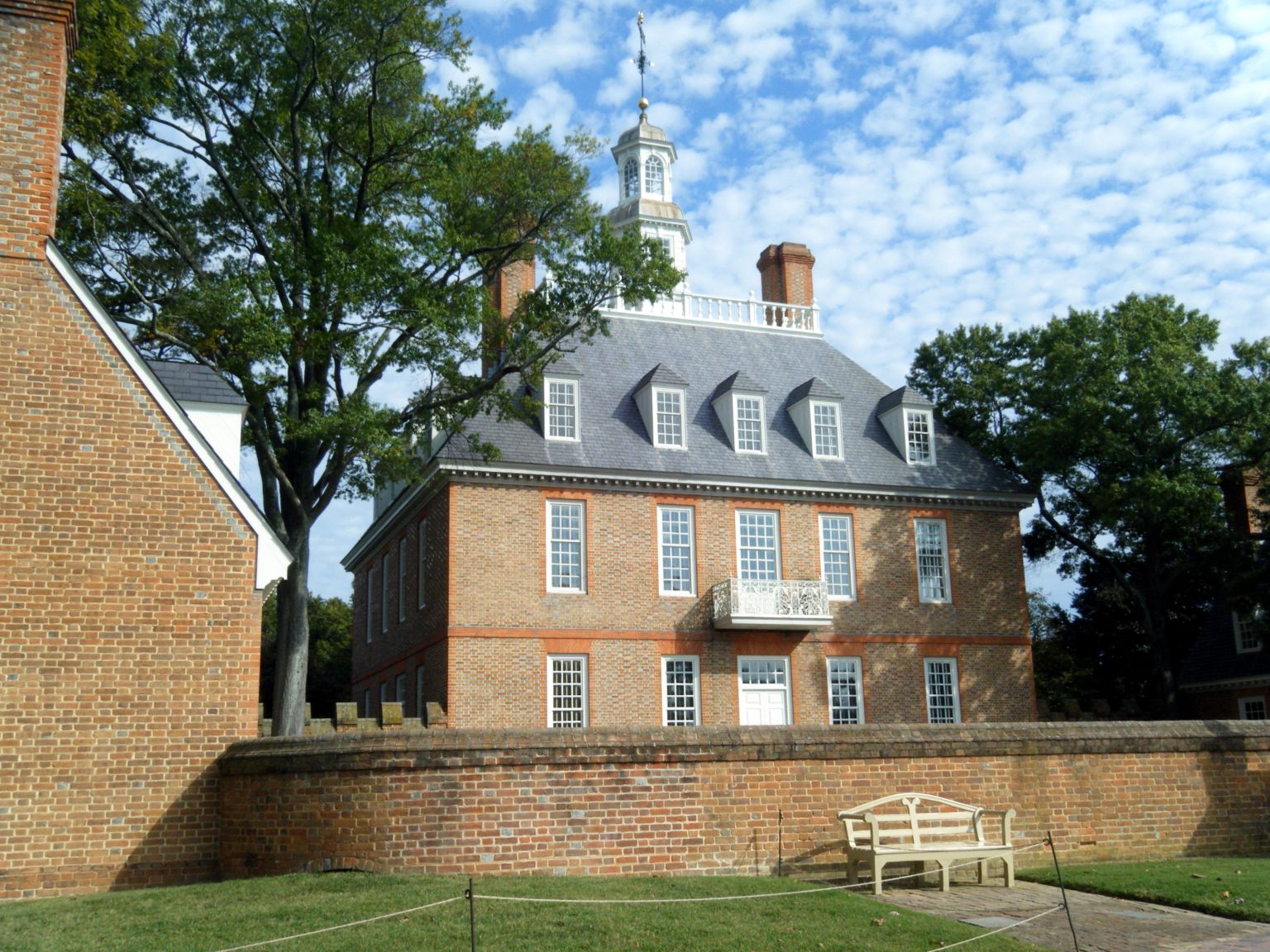 When you think about it, it’s surprising that there still is a Scotia Bank on Coburg Road. Maybe the distinctive building design is a life saver. But we know change happens, and to prove it, here is what the future bank site looked like in 1886, at the laying of the cornerstone for St. Stephen’s Chapel of Ease. 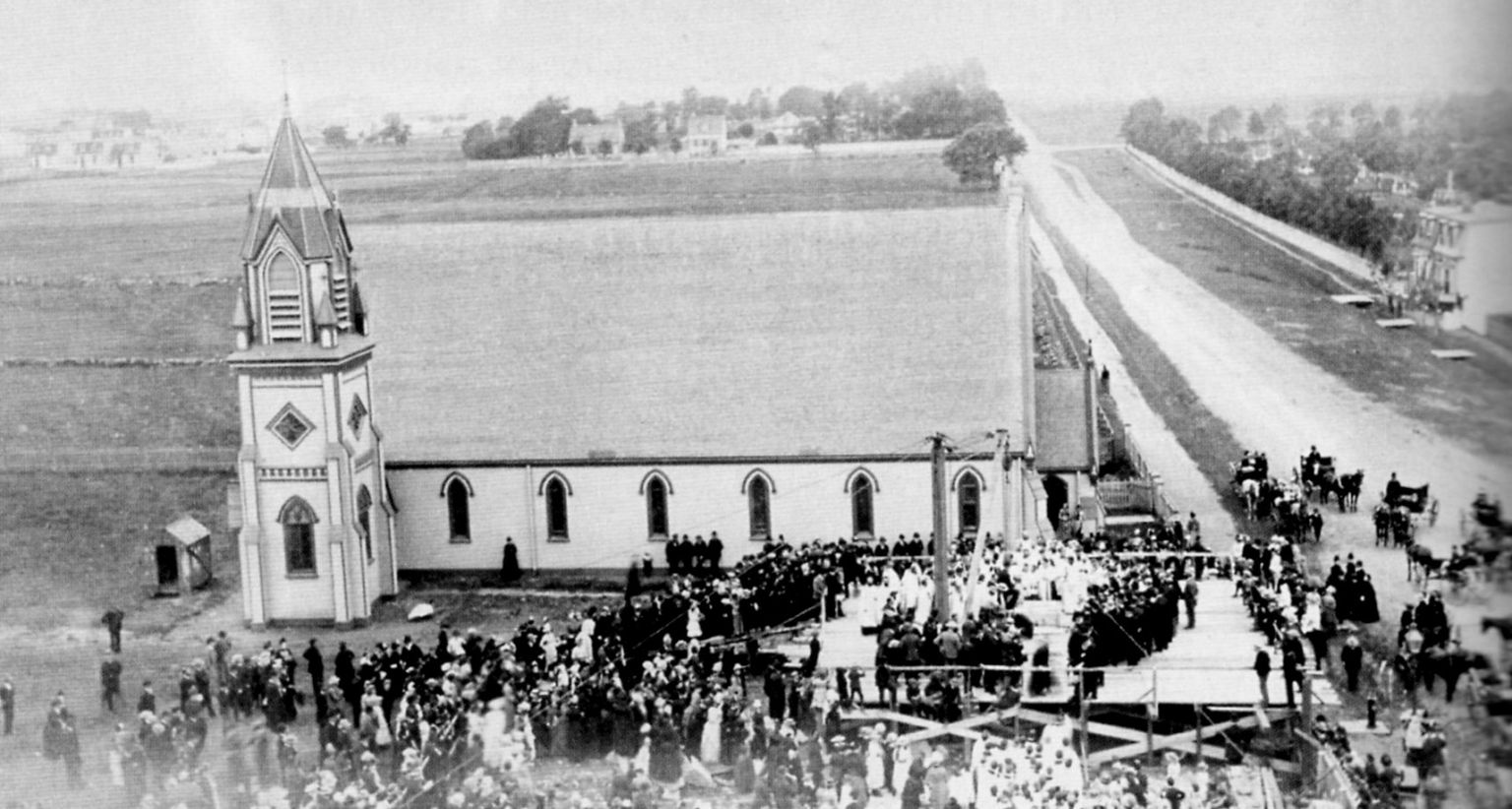 DSRA is the evolution of the Davison firm, and the old illustrations of the Bank of Nova Scotia come from their site, which includes other interesting buildings from this period. Well worth exploring.