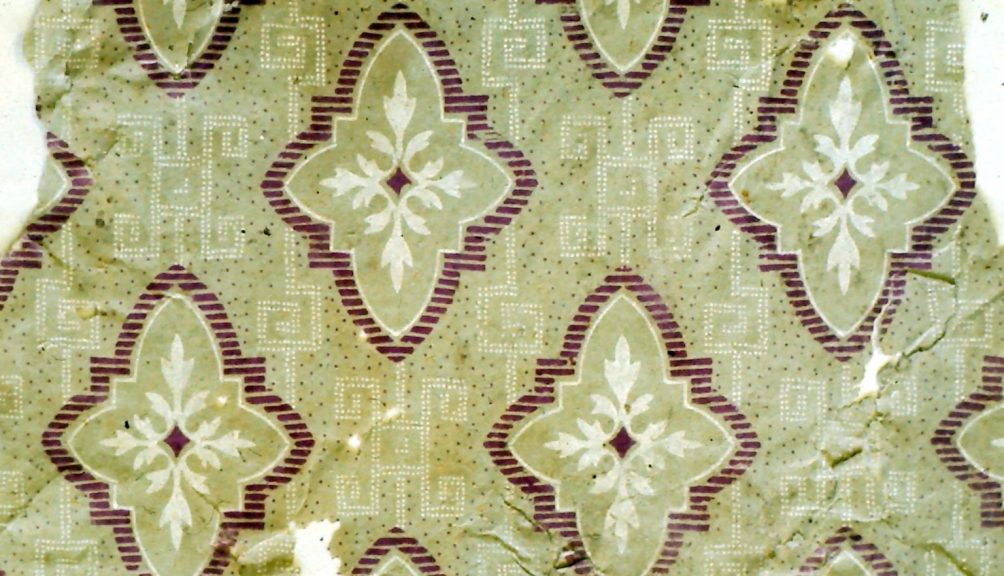 Do you have a fondness for wallpaper? Most people have lost that wallpaper feeling but as we say in these parts, it’s worth a notice. Just consider some fine examples from the town of Pictou, that I guess date from the first half of the last century. Perhaps a little too David Lynch for you? 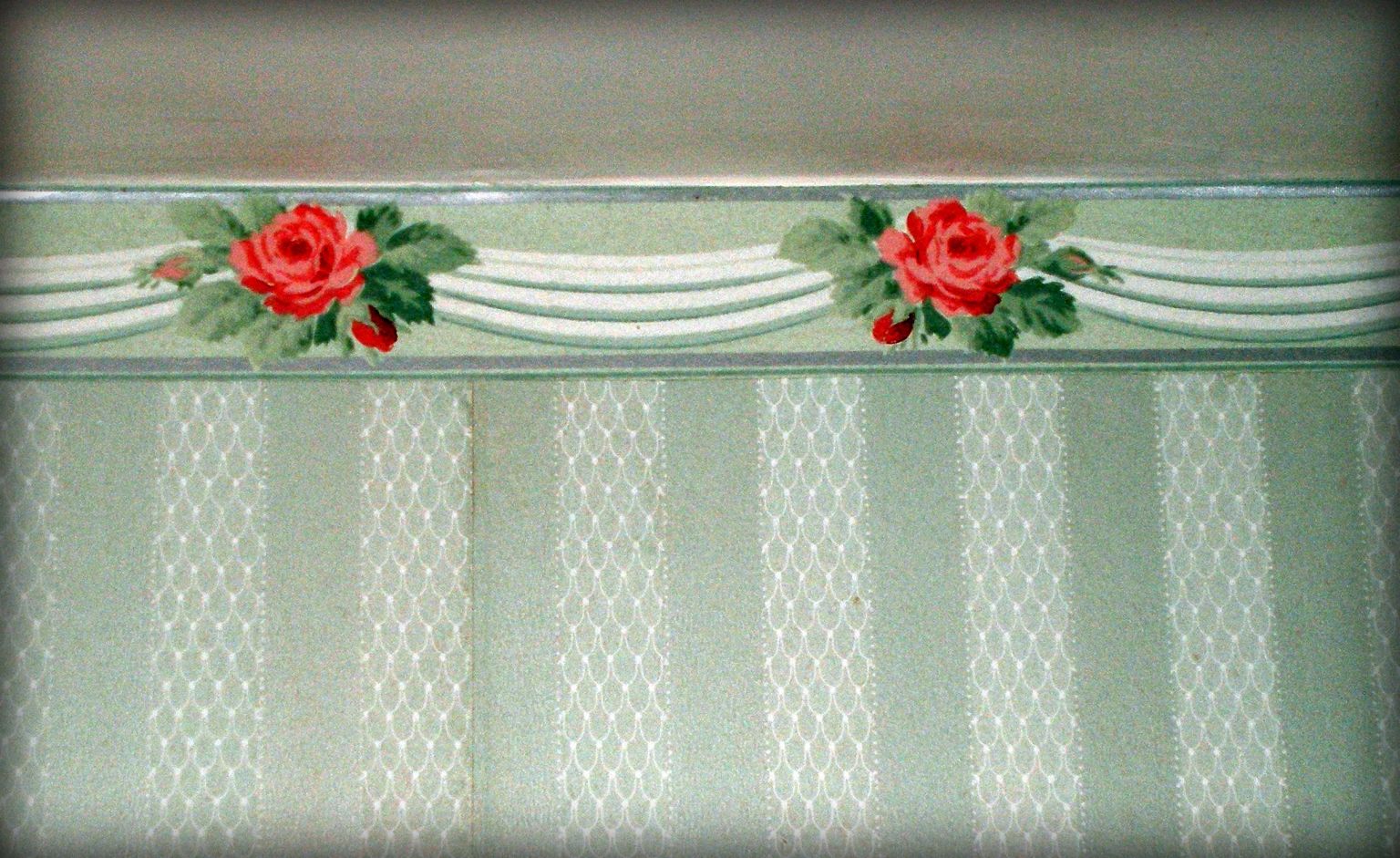 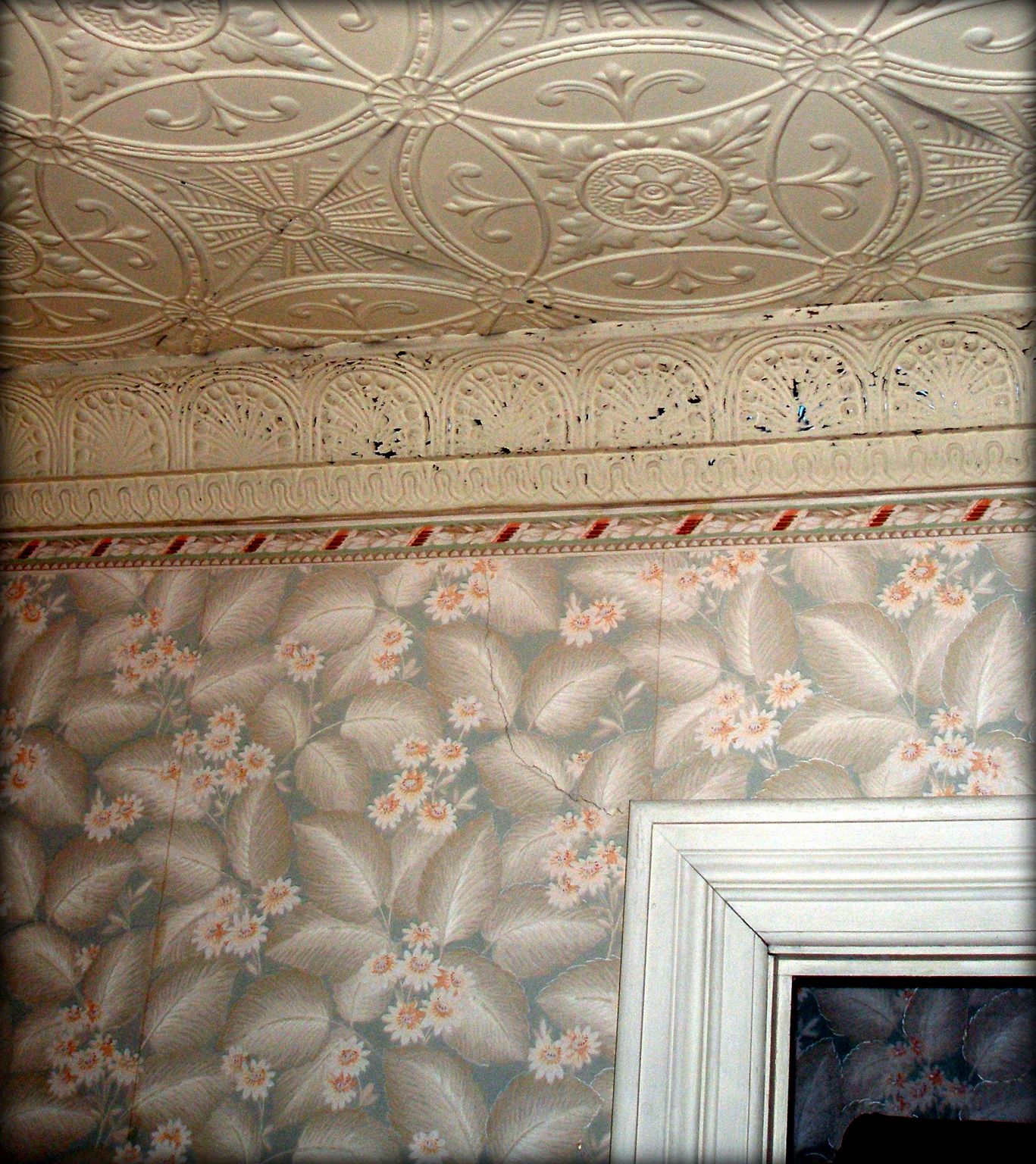 By the middle of the 19th century, machine-made wallpaper became relatively inexpensive and fed people’s appetite for highly decorated surfaces (Victorian excess). When old houses are renovated, it is common to find a dozen layers of wallpaper in some rooms. A record of aesthetic decisions made over many decades. 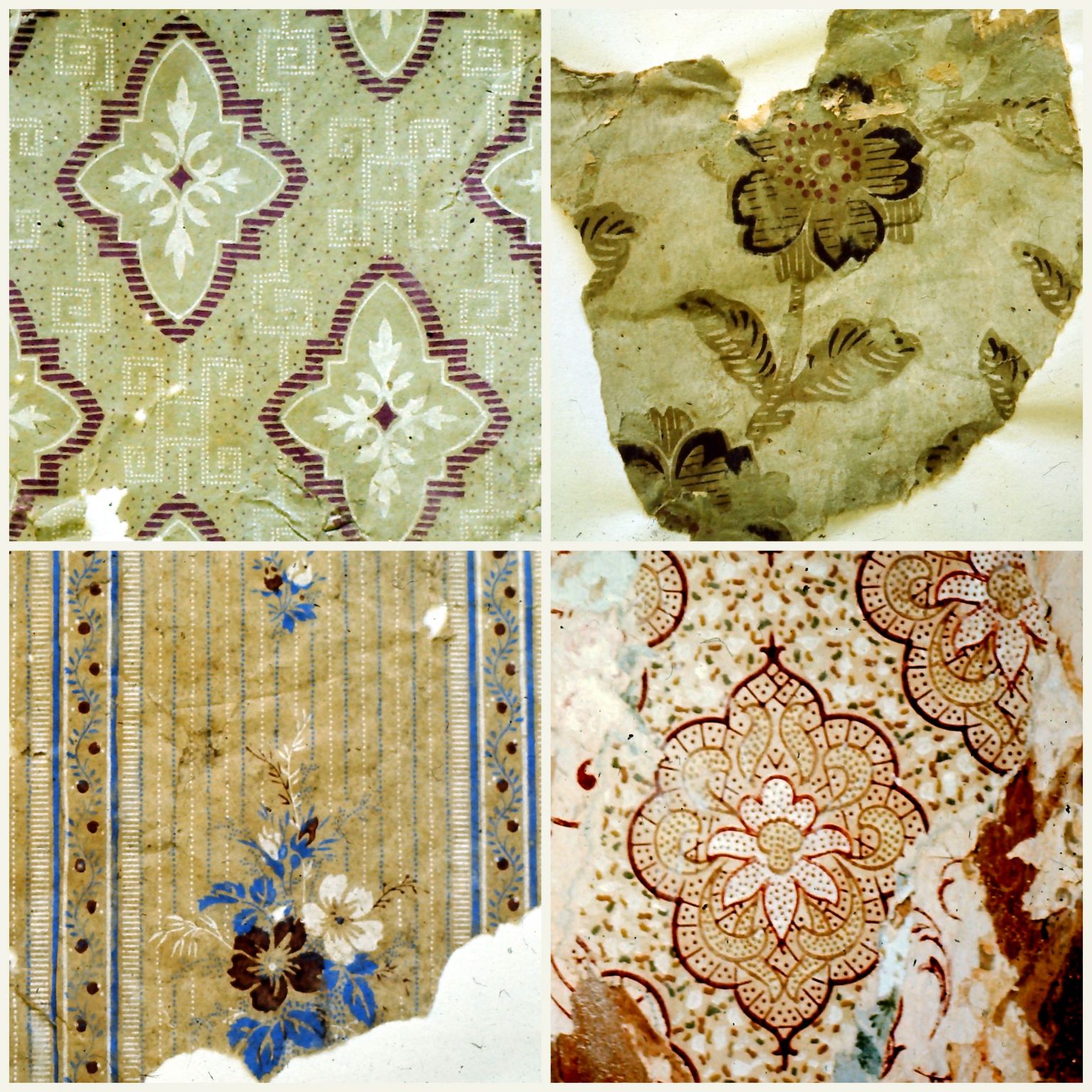 These samples come from a number of sources. Several are in the NS Museum Collection, photographed in the 1970s 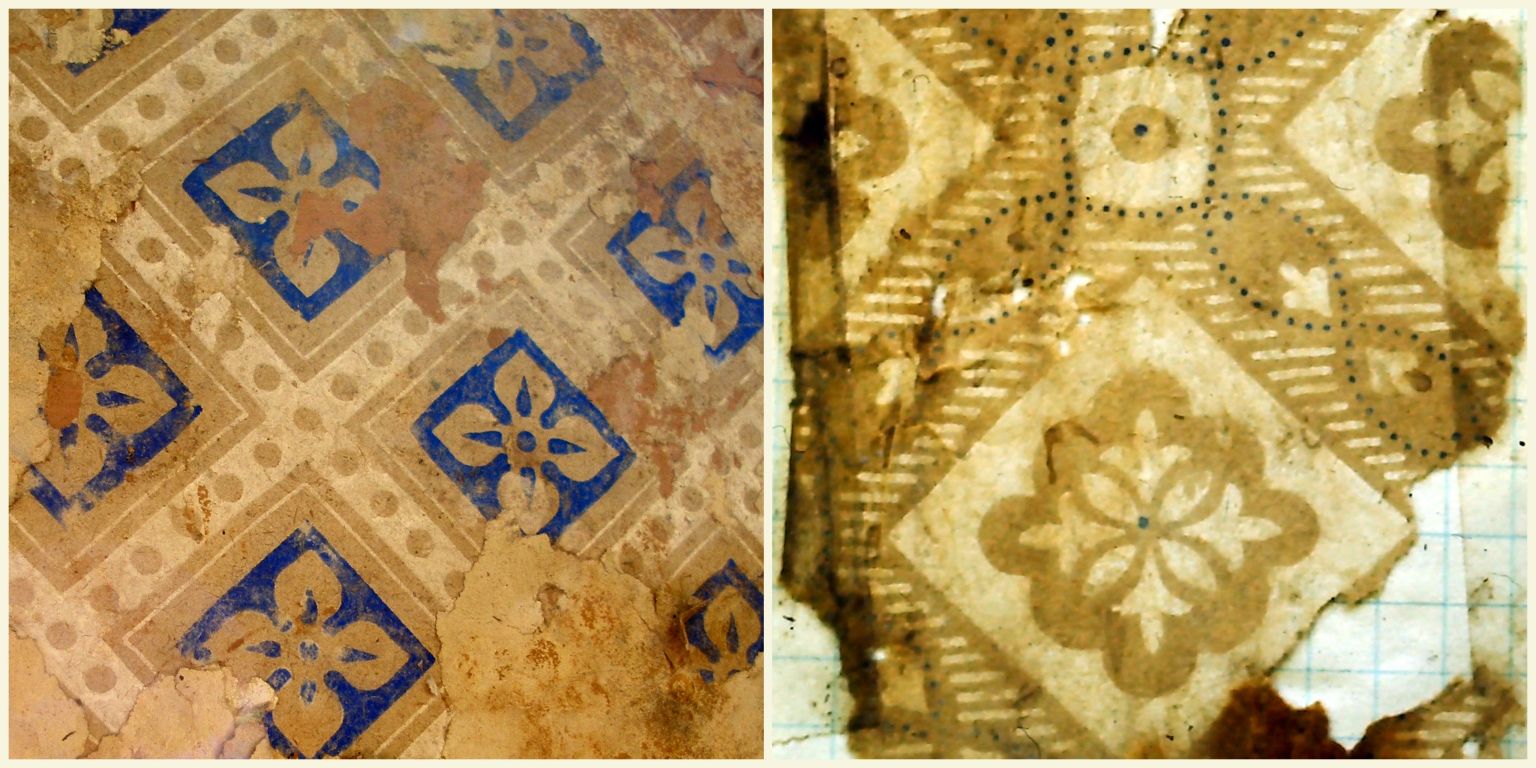 My interest in wallpapers dates from the early 1970s, when I worked on the restoration of buildings in Sherbrooke Village, in Guysborough County. There was an opportunity to collect samples of late 19th-century wallpaper from a number of buildings. One interesting discovery was that several wallpaper patterns, in different colourways, turned up in different buildings. 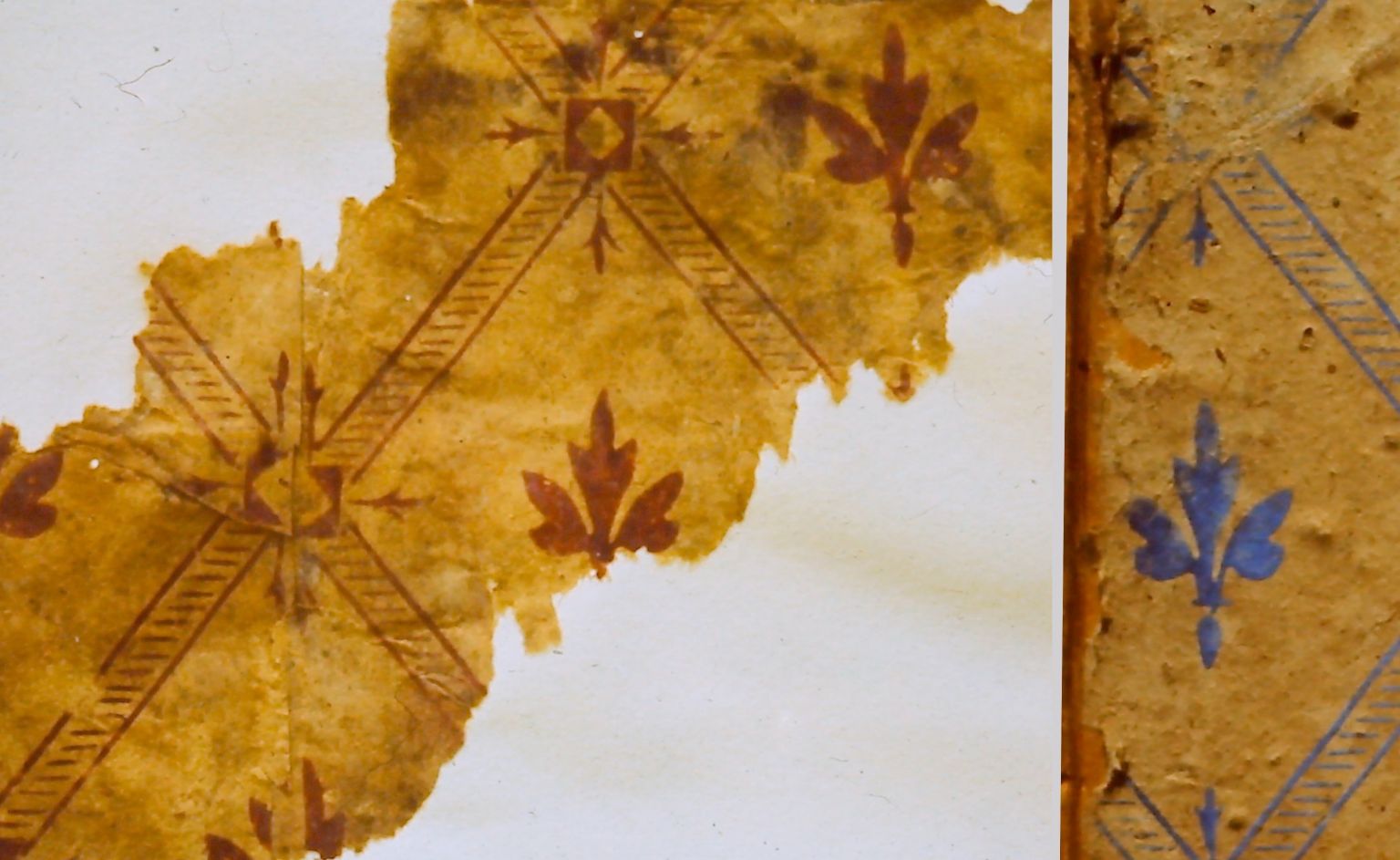 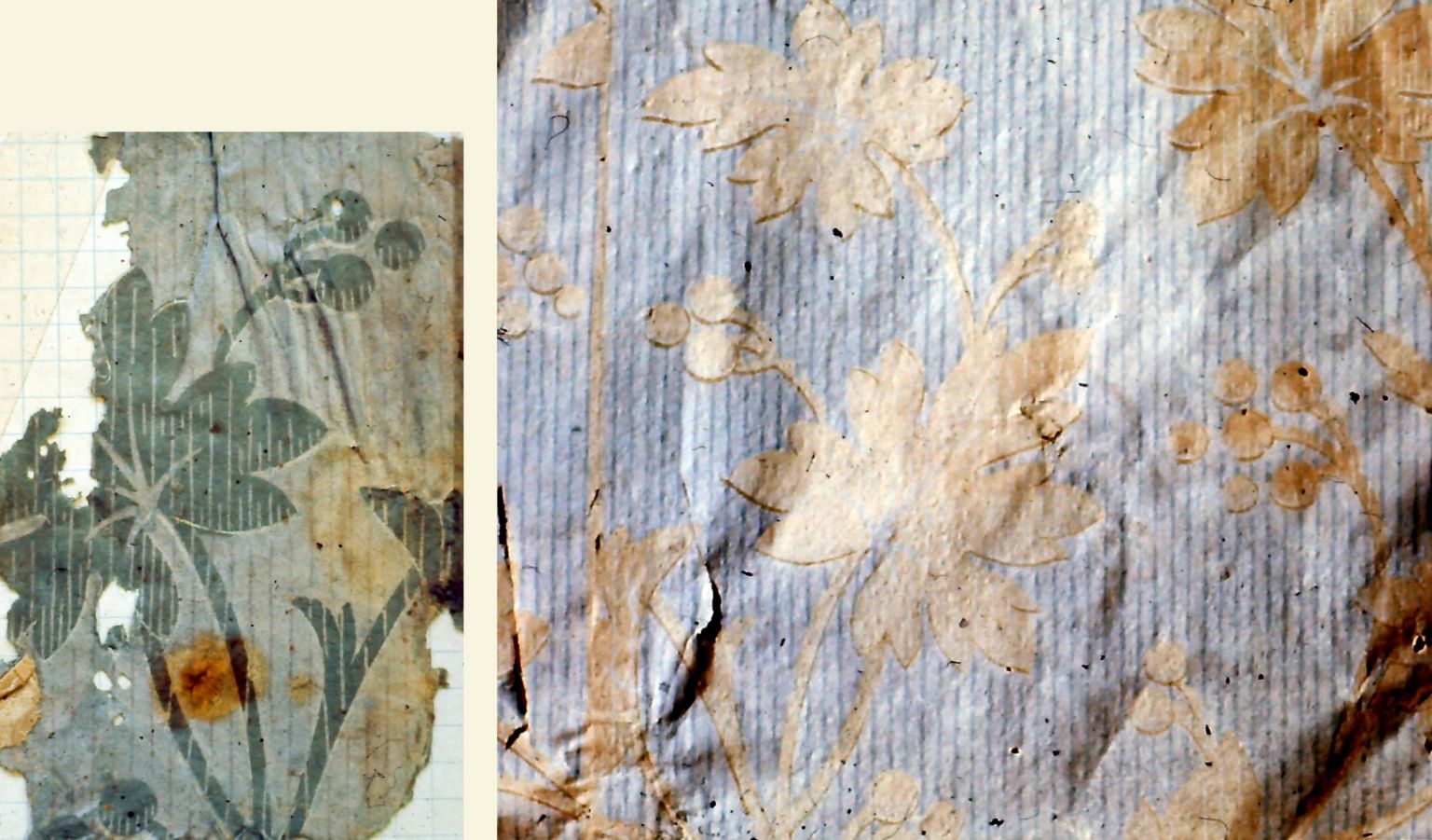 If you want to see older papers you often have to venture into the out-of-the-way parts of a house. In the Lawrence House Museum in Maitland, most of the old decorative surfaces on the first two floors had been replaced by the 1960s, but open the door to the attic and there is original grain painted woodwork and old wallpaper. An authentic 1870s visual delight. 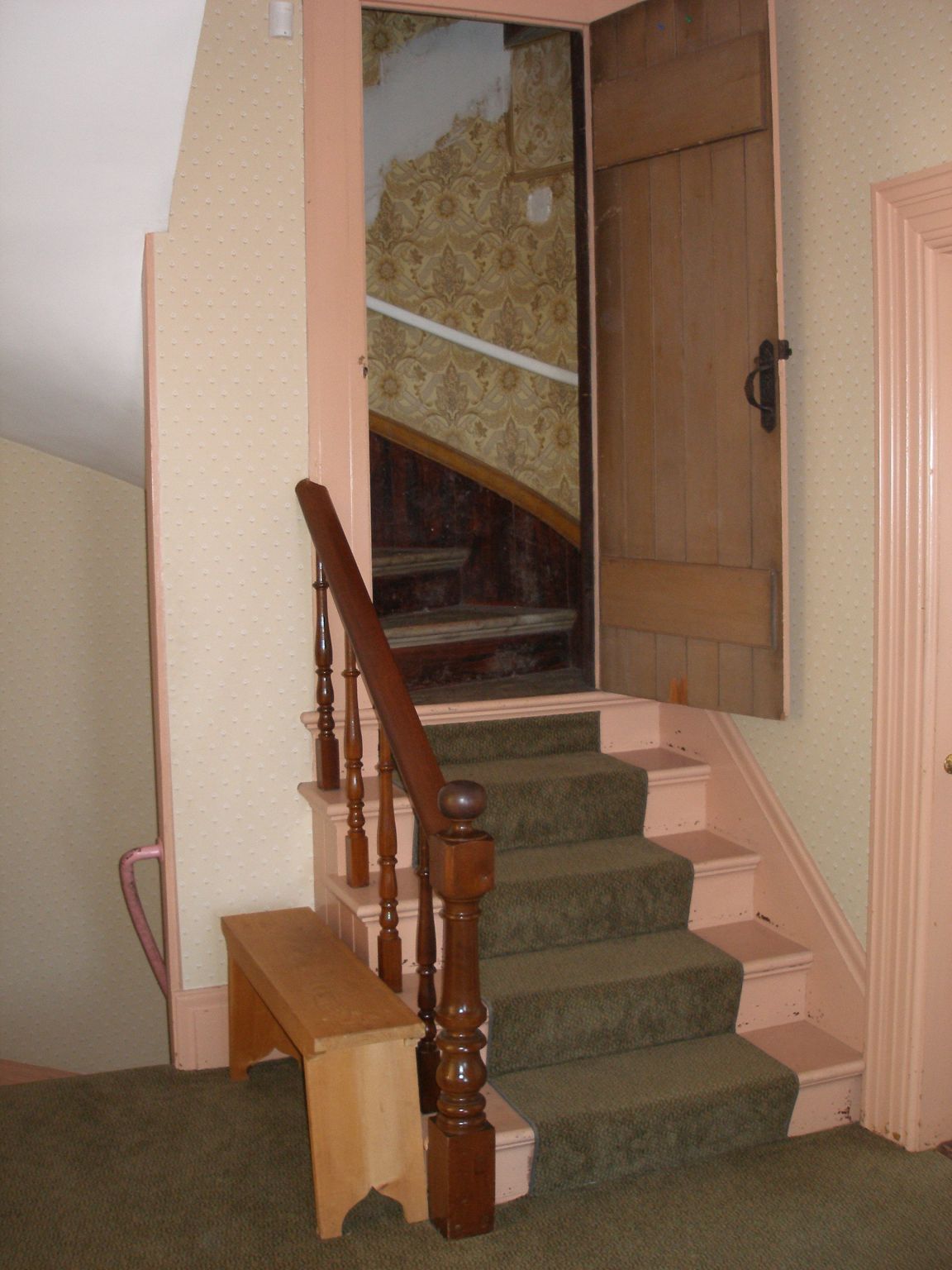 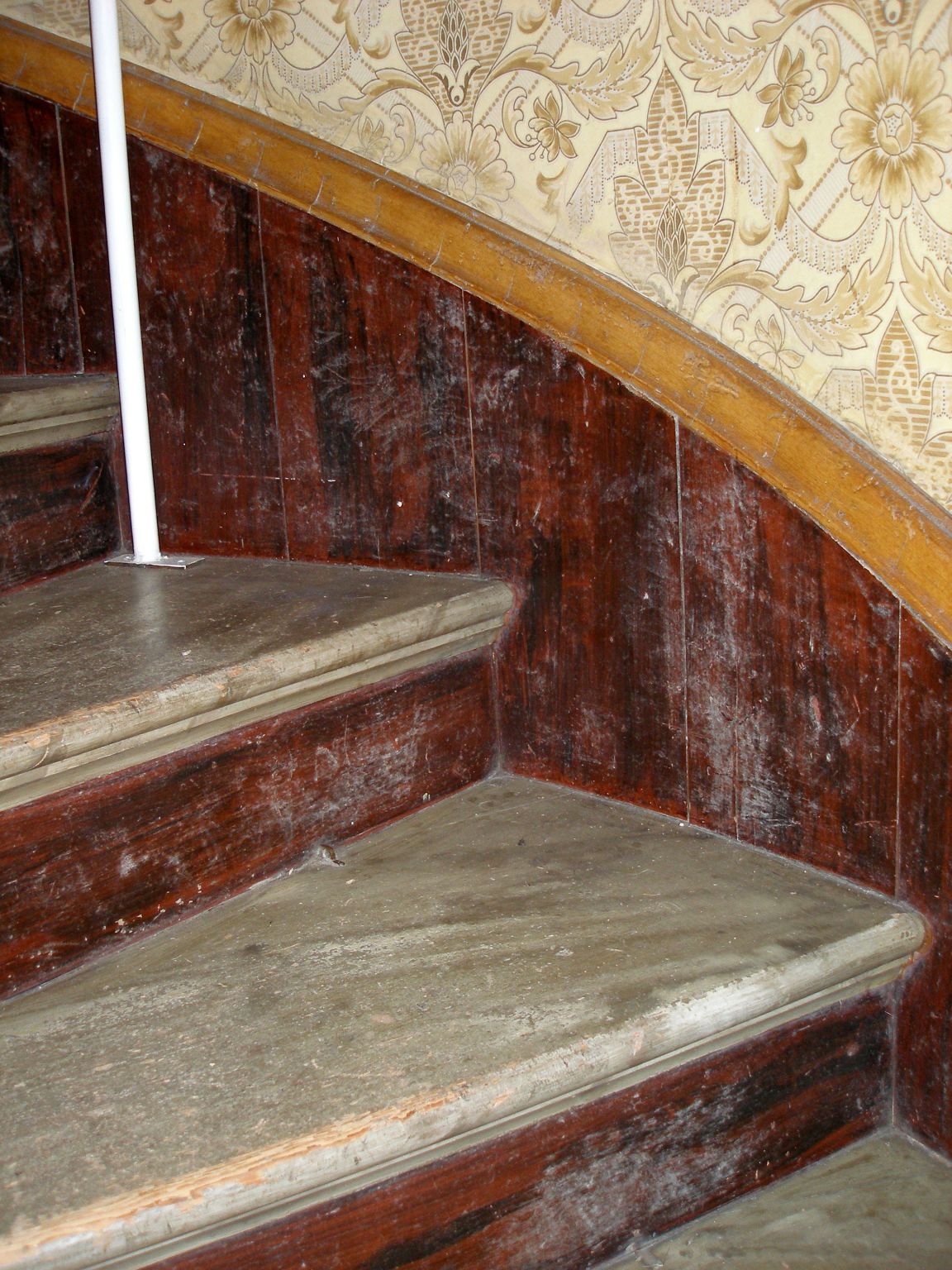 The stair treads are painted to look like marble and risers are stylized rosewood.

The Sinclair Inn in Annapolis Royal is an amazing museum that reveals all sorts of interventions that have happened since the house was built 300 years ago. Upstairs, some of the top surfaces are these wallpapers from maybe 70 or 80 years ago. 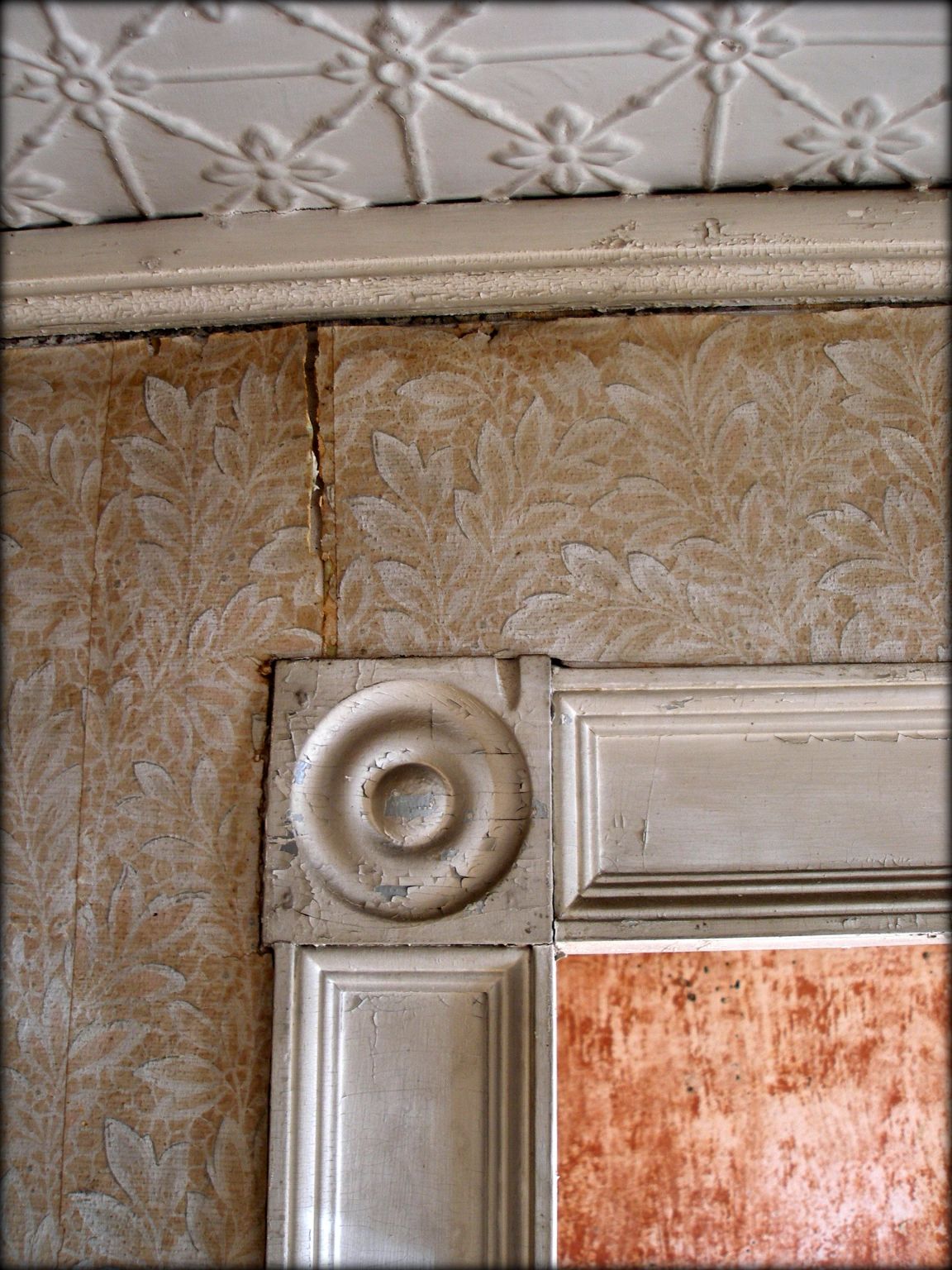 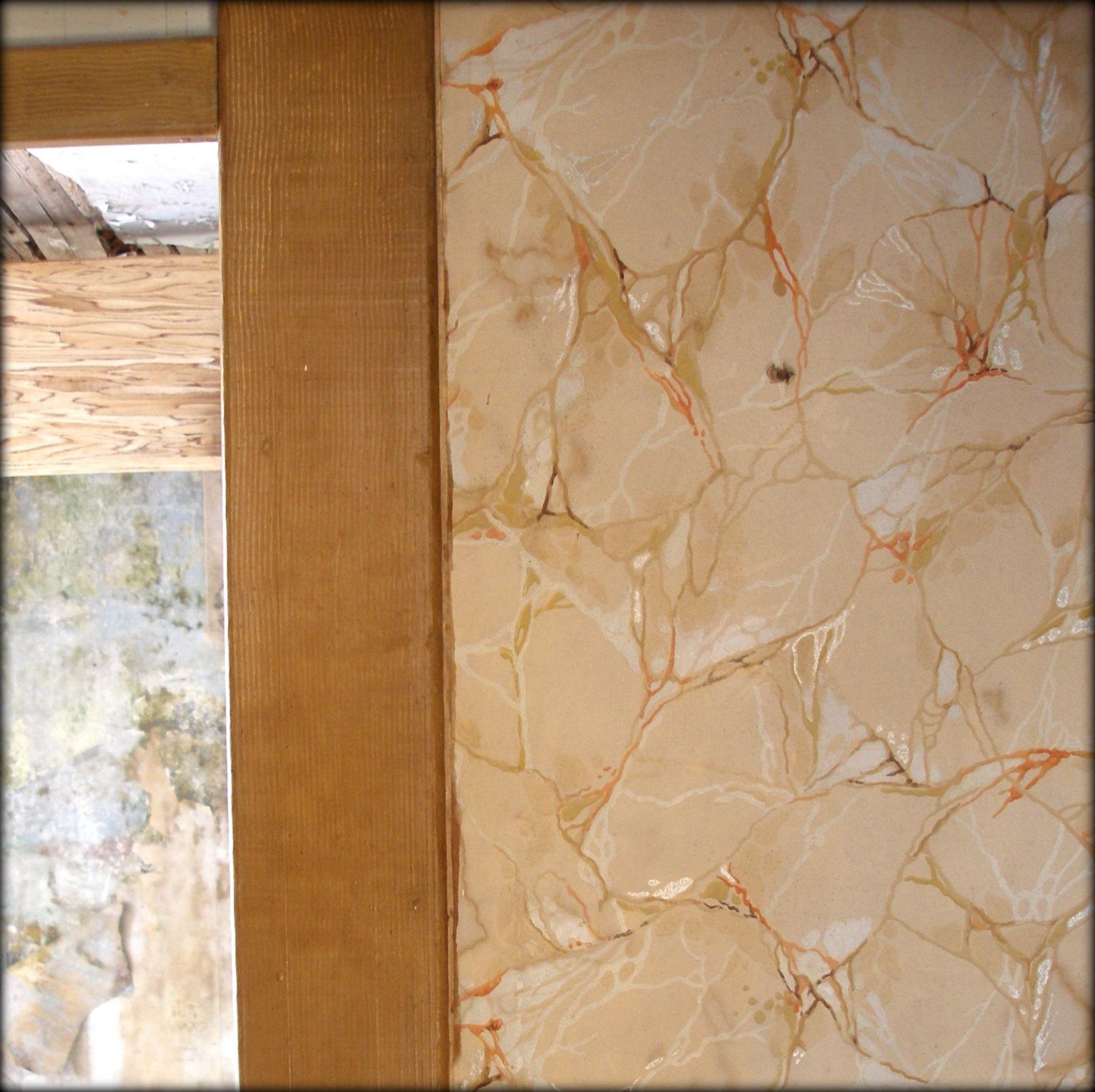 Actually I have no idea how old this strange marble wallpaper is.

The best, surviving, old printed wallpaper in Halifax I can think of, is in the Ecology Action Centre’s building on Fern Lane, in what would have been a small bedroom. I don’t know the age of the paper but the design feels very like Arts and Crafts movement at the end of the 19th century. EAC’s super energy efficient renovation and build-out is pretty interesting too. 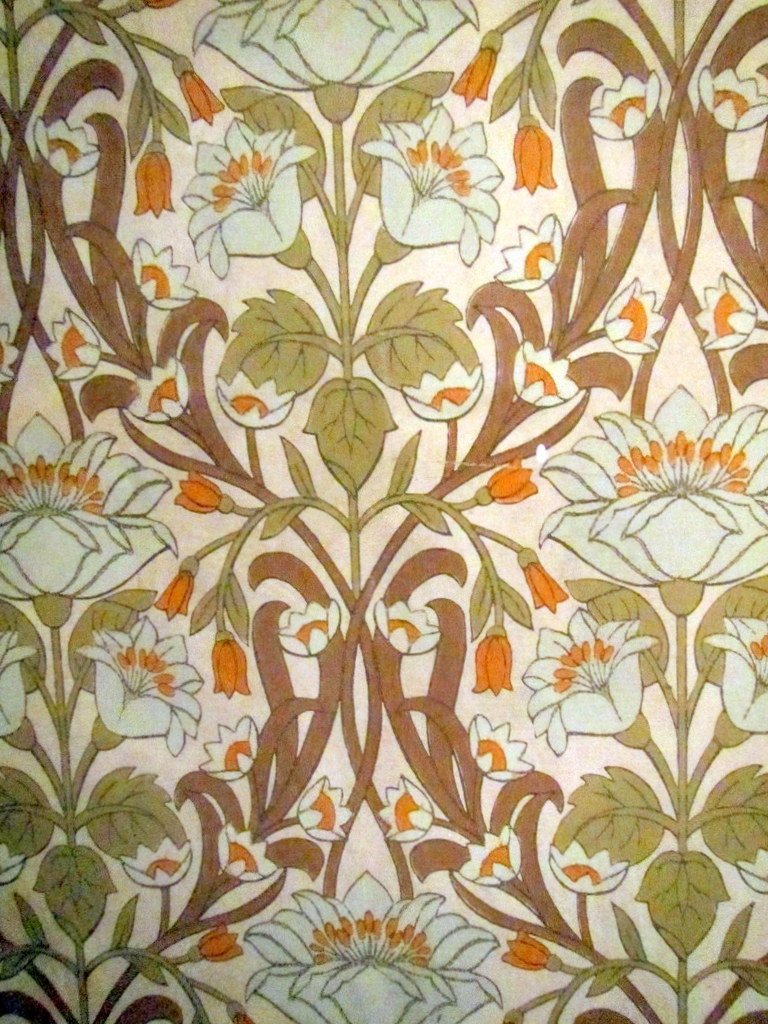 A regionally famous wallpaper is the wide border in the dining room at the Marshlands Inn, just over a different border in Sackville, New Brunswick. 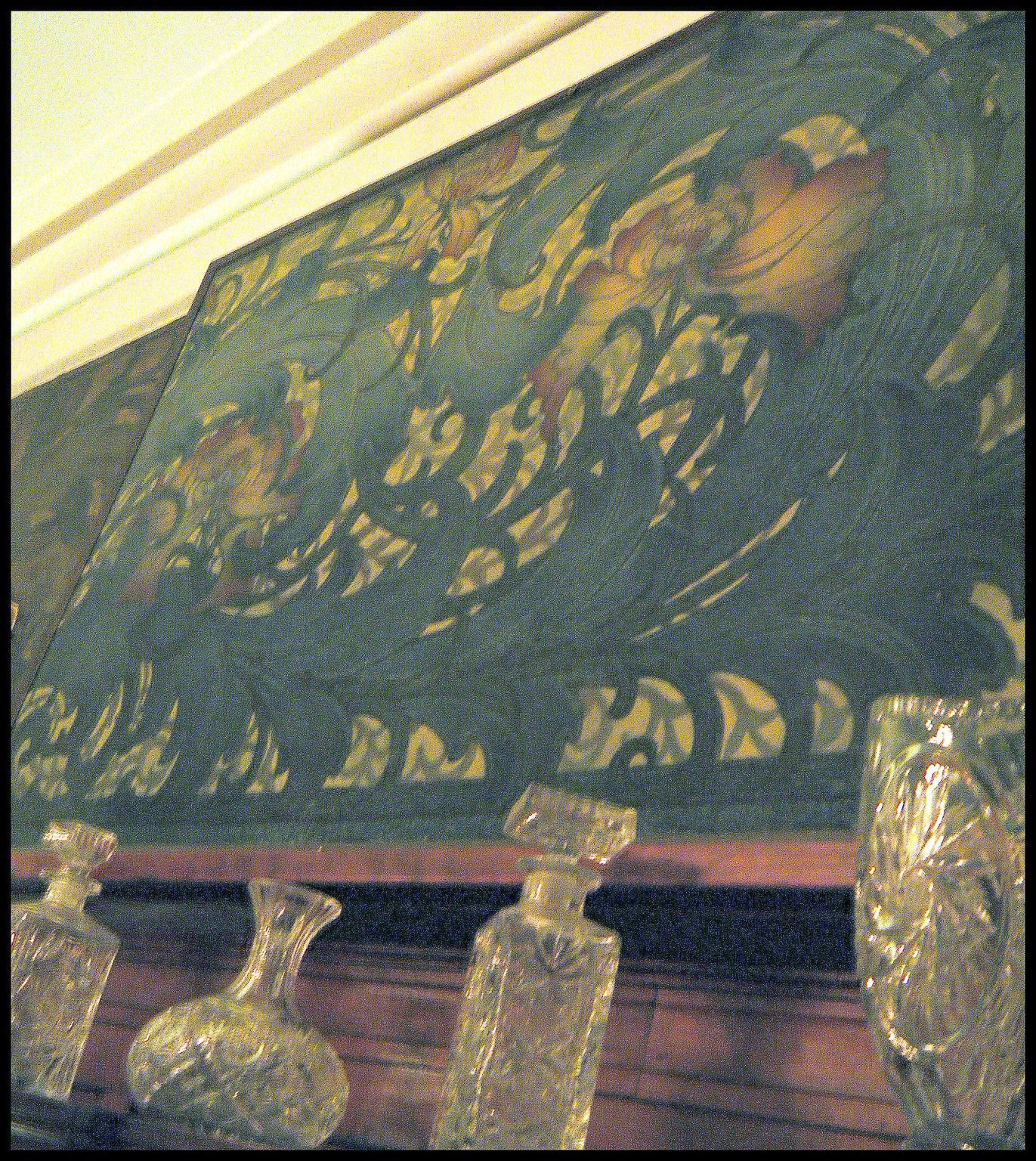 A thrilling wallpaper experience is in the Webber House in Memory Lane Heritage Village, in Lake Charlotte on the Eastern Shore. The gaudy excess of the floral paper combined with the traditional hooked mats feels perfect for a rural, 1940s home. 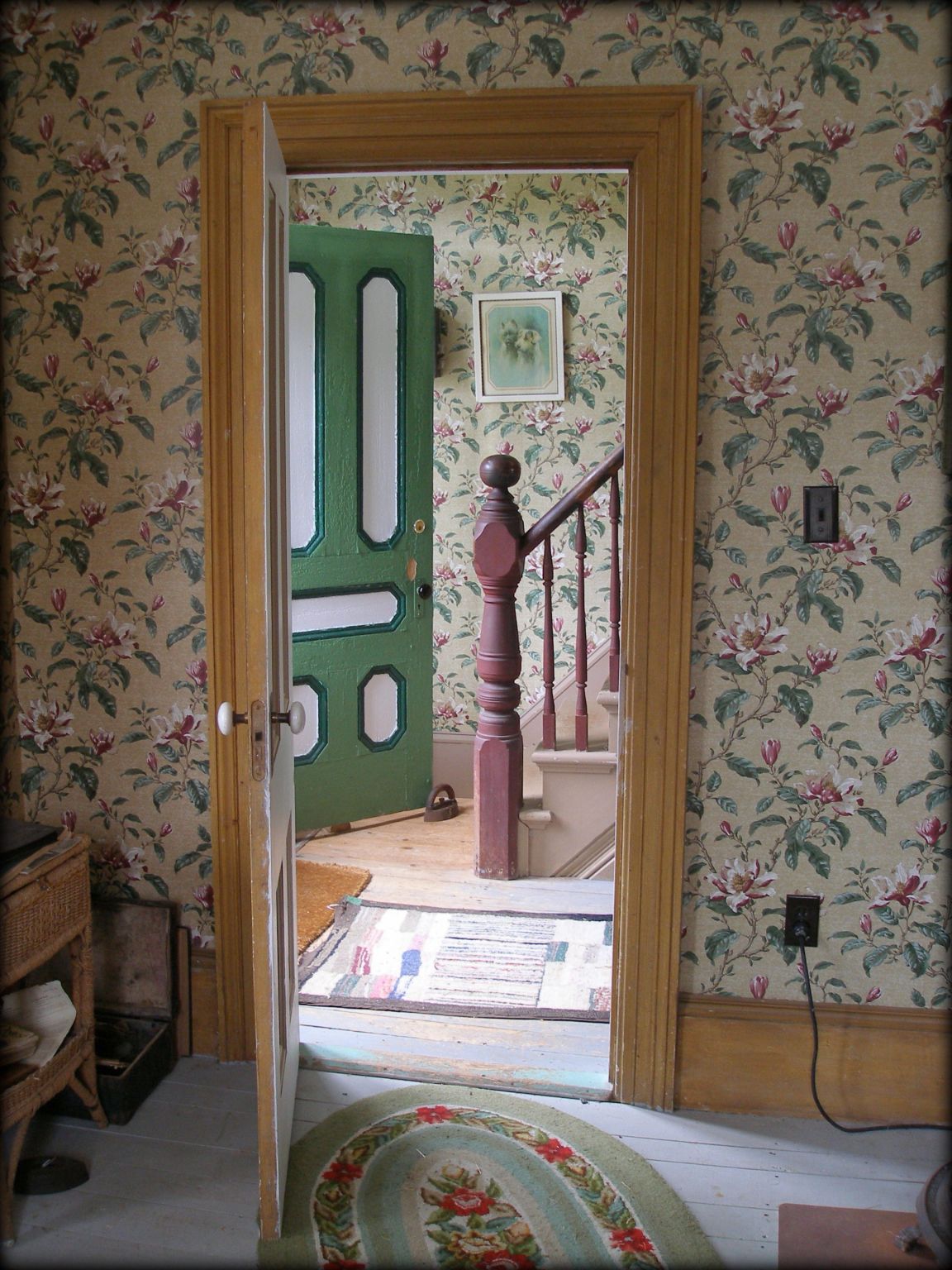 Most wallpaper was intended to be ephemeral, its designs were of the moment and the manufacturers hoped you would replace it regularly. It always feels like a privilege when I get a glimpse of an original decorating scheme. Here is the last moment of a 100-year-old wallpaper, about to be removed in a south end Halifax house. Marvel at the exquisite painted grain on the woodwork and the muted tones of the wallpaper. 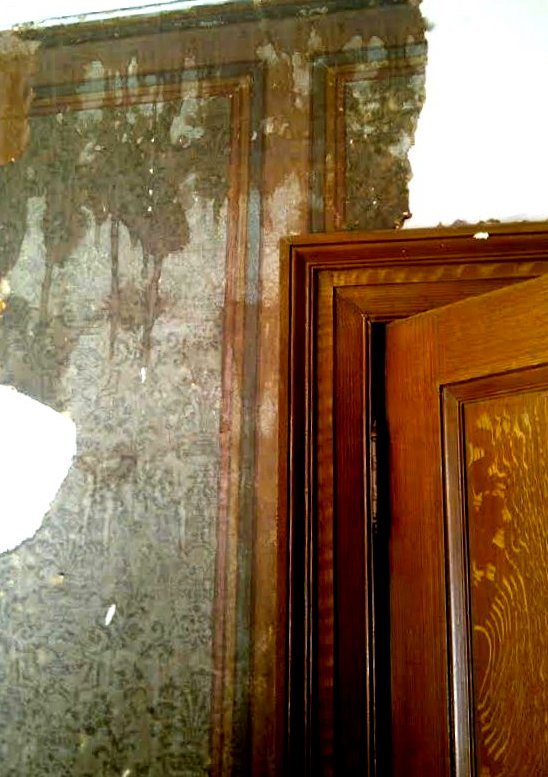 Sometimes the best preserved old wallpaper is not found on walls. The inside of a 19th-century Lunenburg County blanket box is covered with quite a trippy, 130-year-old wallpaper. 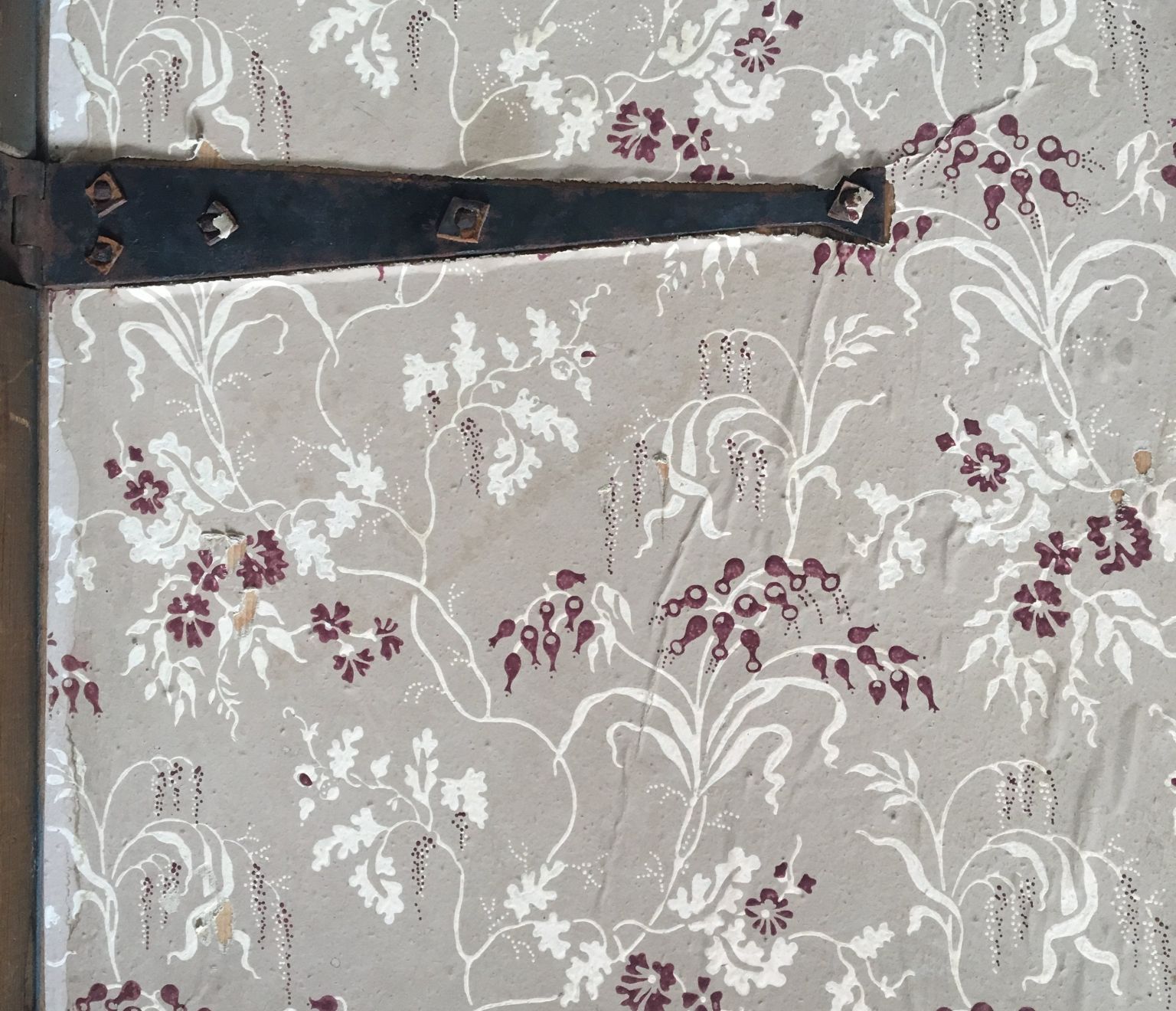 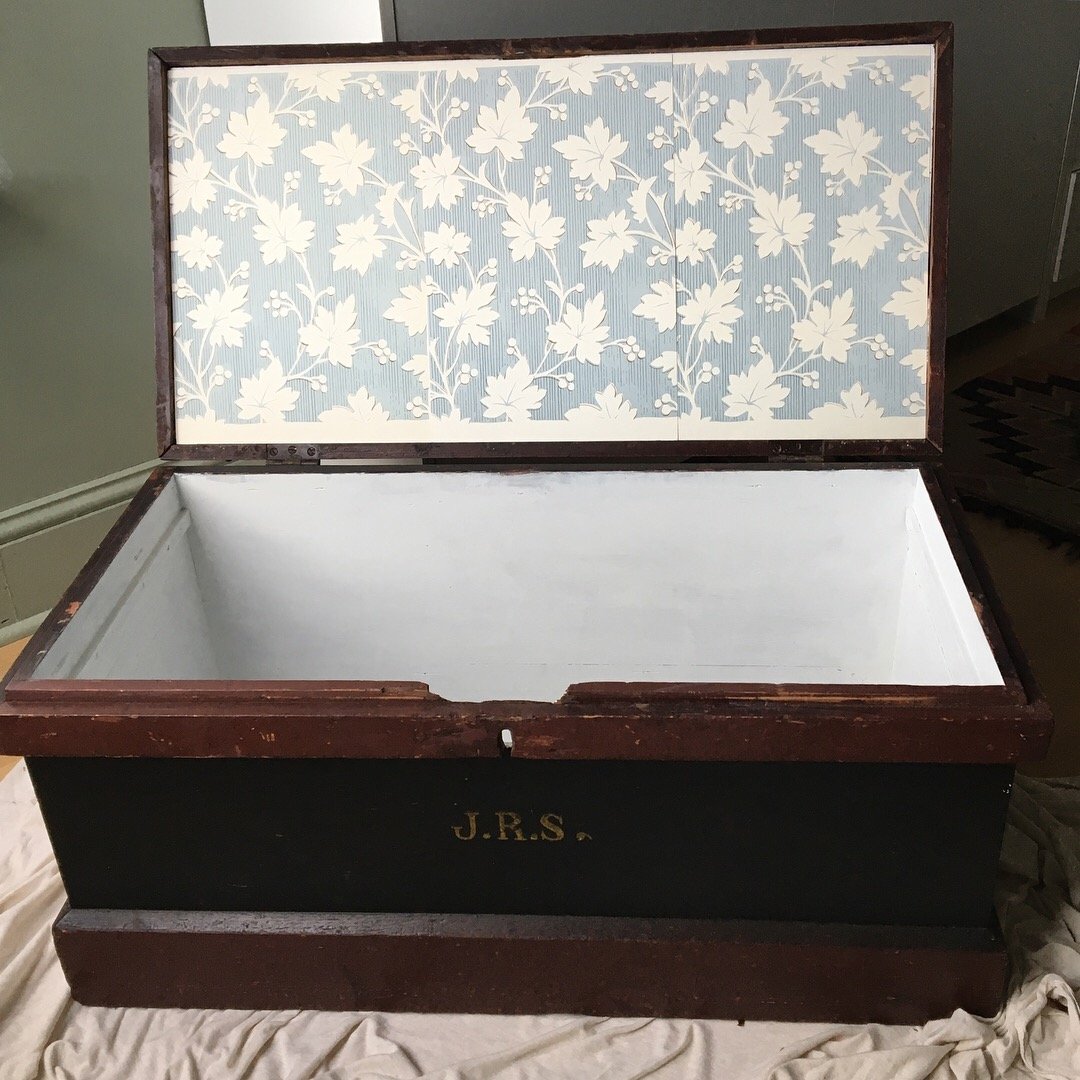 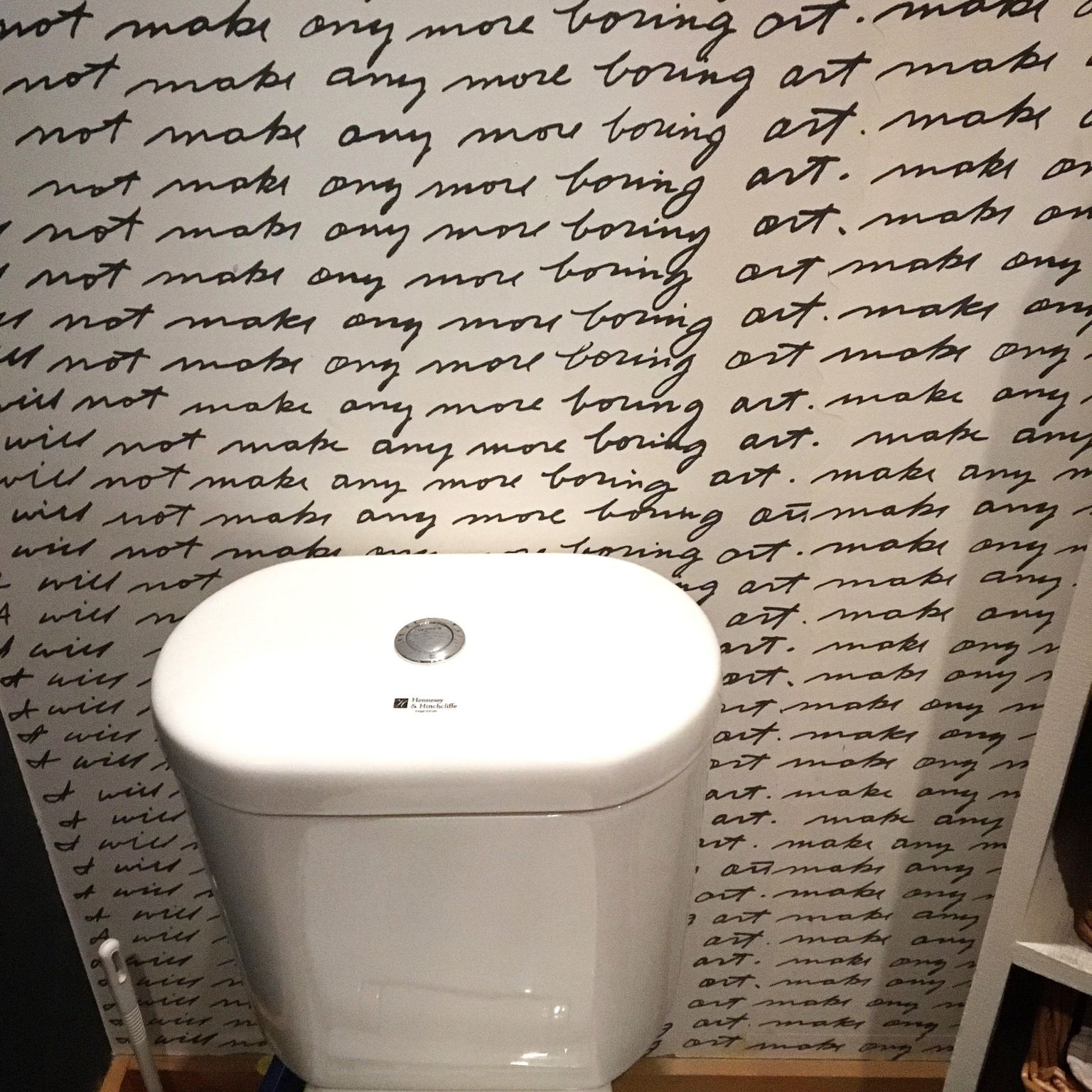