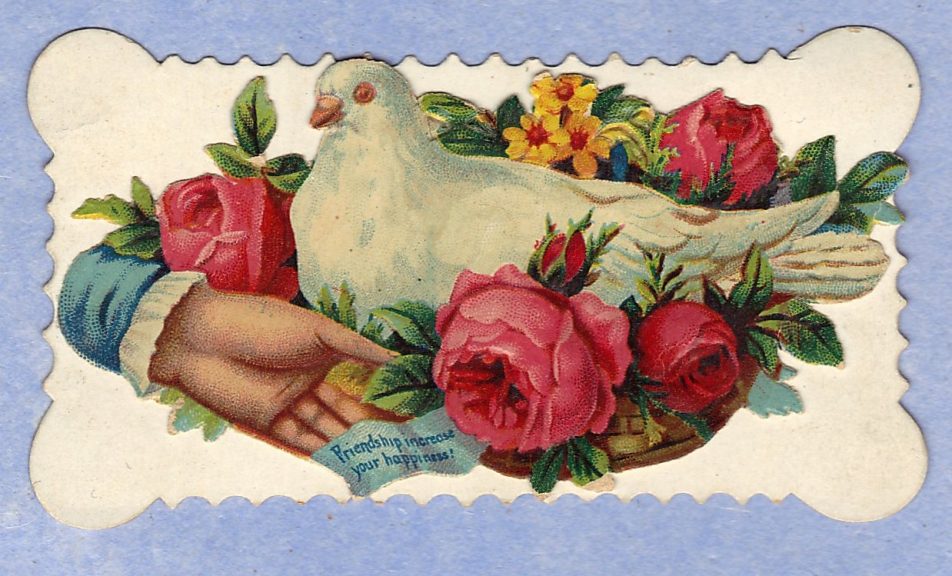 These days many of us are obsessed with our lives on social media and forget about strange communication channels from the past. For example, a craze for decorative calling cards, or visiting cards, popular in the 1880s and 90s.

A few decades ago I collected a handful of these cards because I liked their colourful lithographed illustrations and ornamented typography. At the time there was a revival of interest in Victorian design that we have generally gotten over. 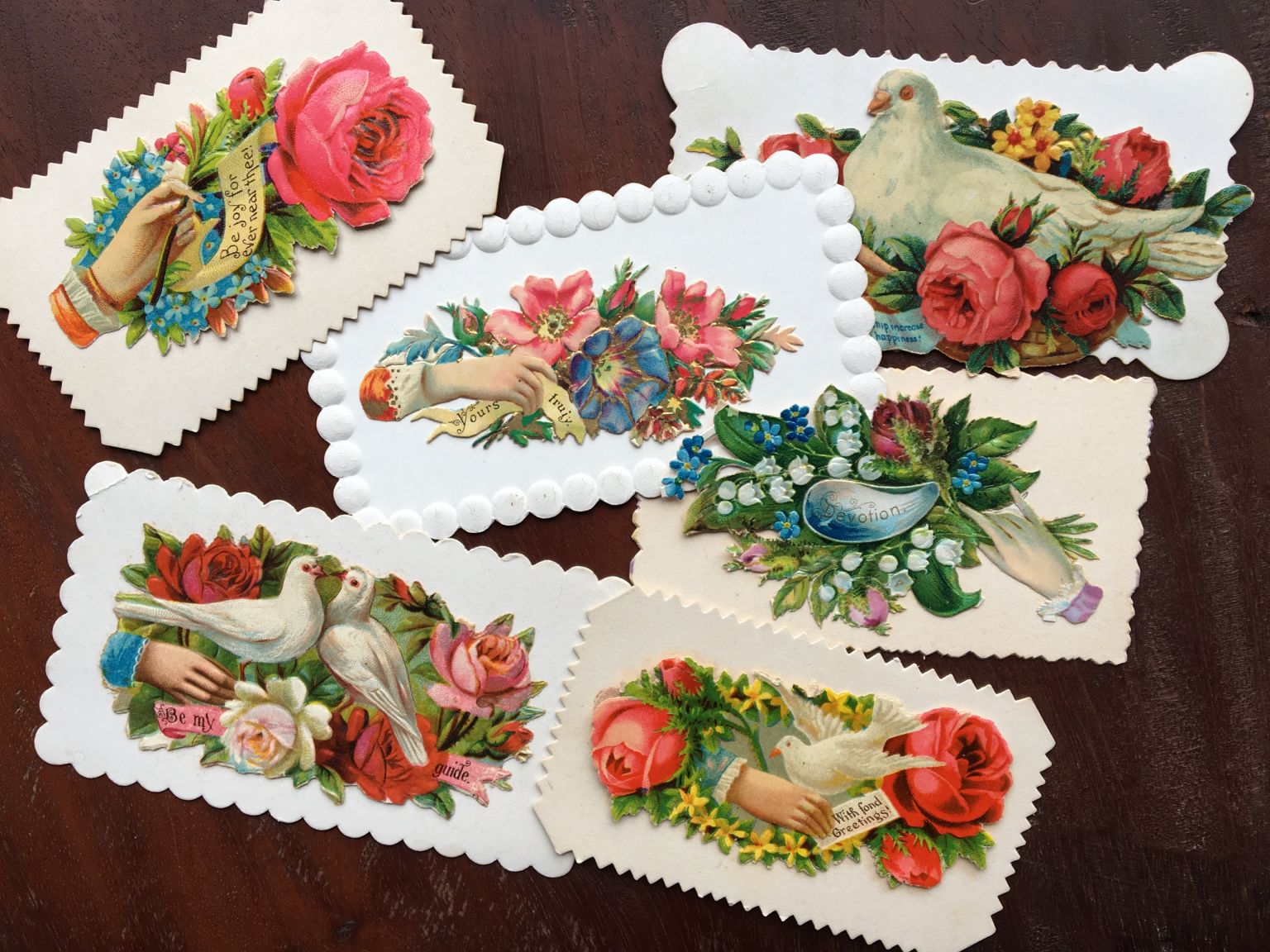 My favourite cards are the hidden name style. You lift  the little “scrap” to reveal the name of your caller. 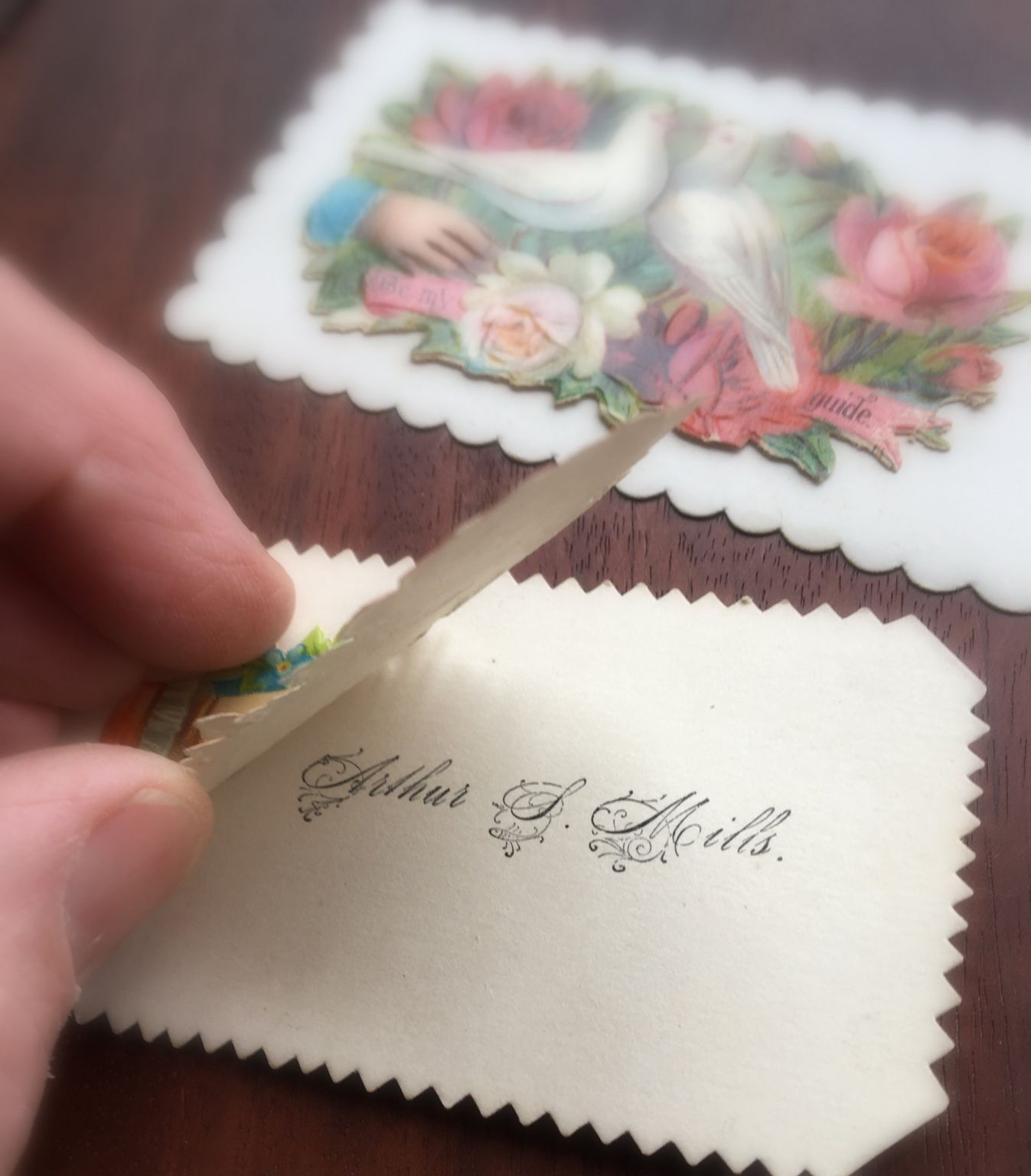 In my tiny sample, men and women used illustrations with identical design elements of roses, white doves, and disembodied hands. 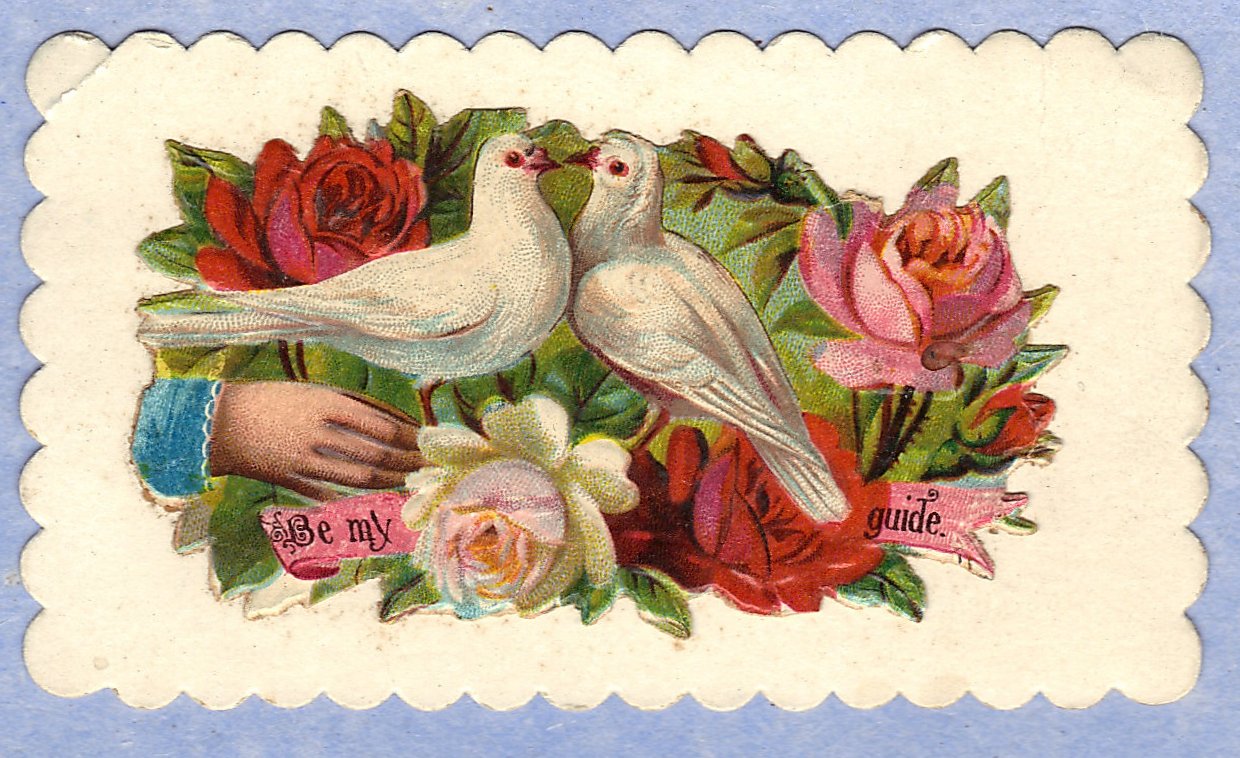 There was an elaborate etiquette for using calling cards that included simply dropping off a card at a friend’s home, sort of a poke. And if you were making a visit (irl as the young people say) a card would be left as a record of who had called. A cache of beautiful cards might be saved in an album.

Here are some less colourful cards with highly decorative fonts. The folded corner apparently could be code for something. 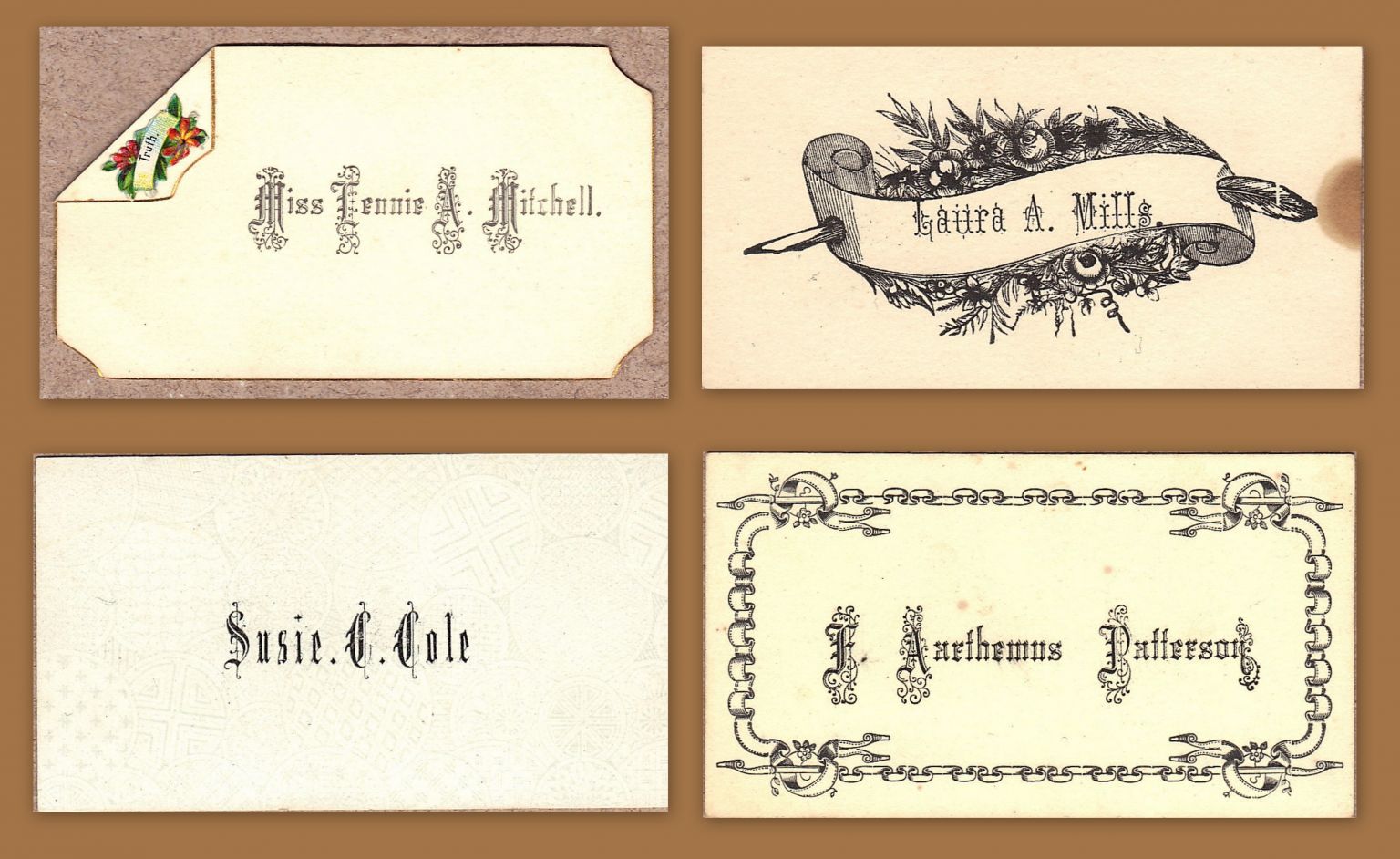 In this selection, names were added to pre-printed cards. The ship on the rocks, combined with lily of the valley, needs some unpacking. 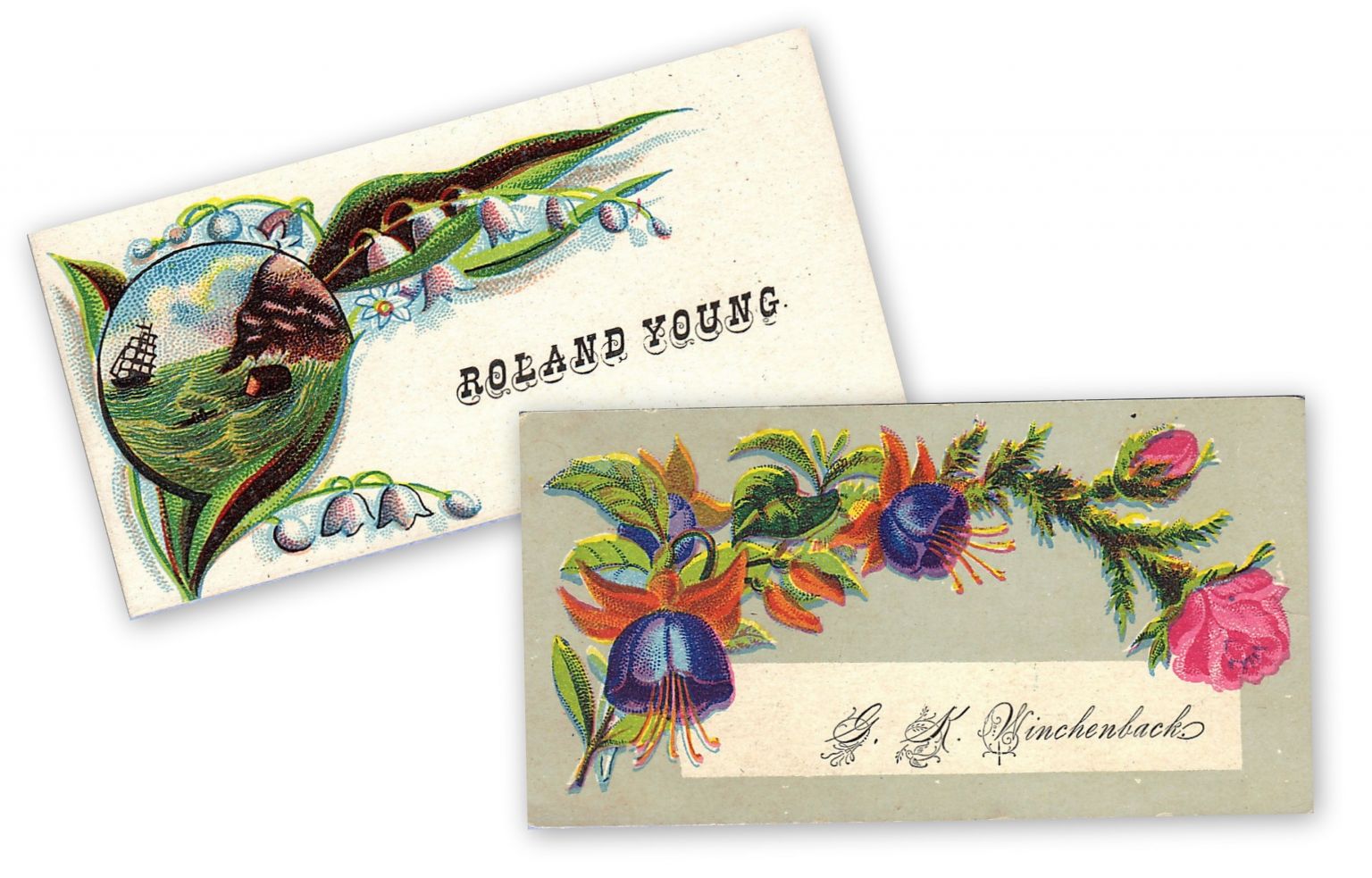 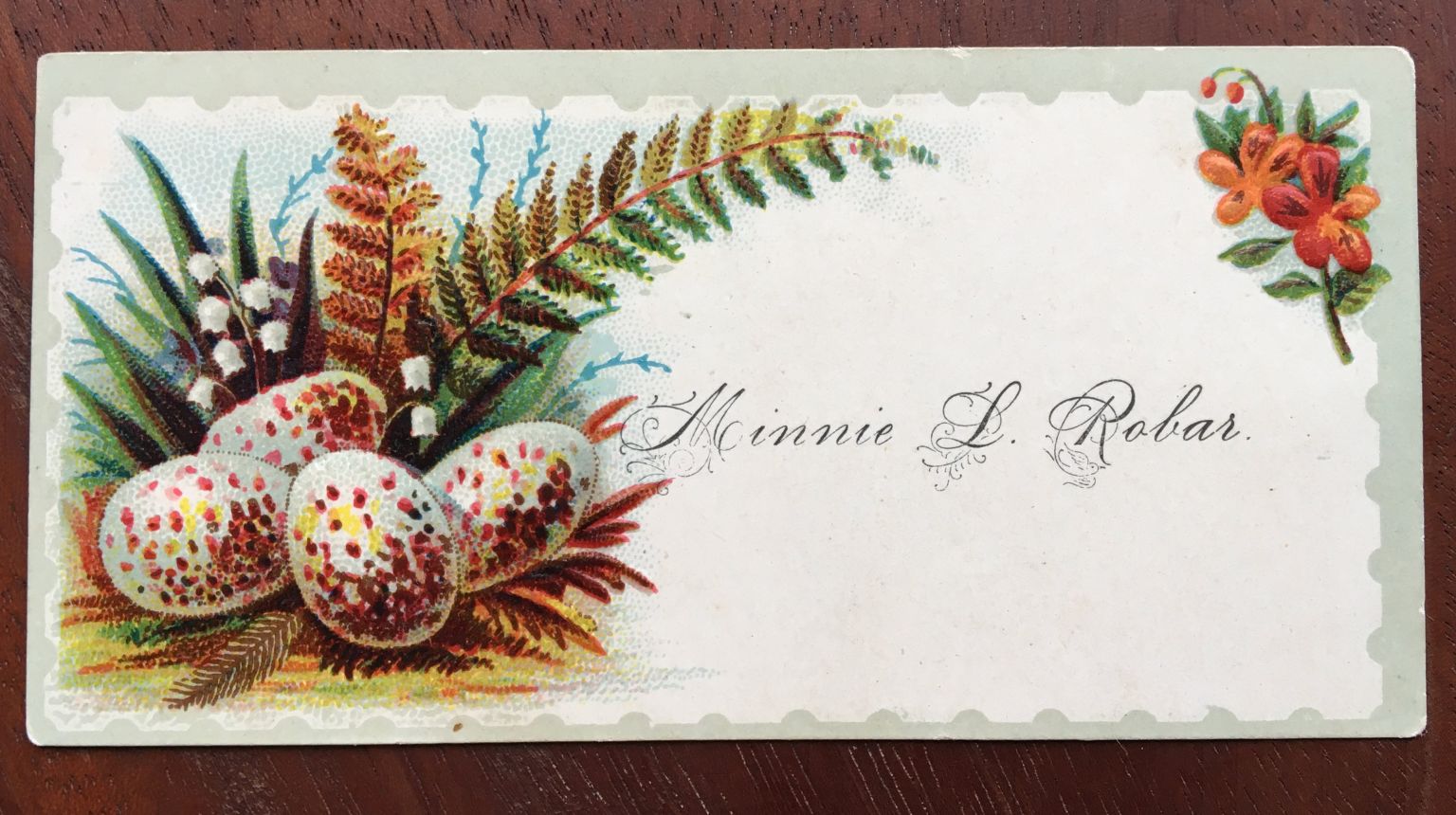 And just to show that not all Victorians were, well, Victorian, here’s overt flirting. Mr Crosby has personalized a blank novelty card that invites the recipient to “get acquainted, for fun and results.”  “Office hours are 7 PM to 1 AM in some young lady’s parlor.” Wonder if this would work as a series of texts? 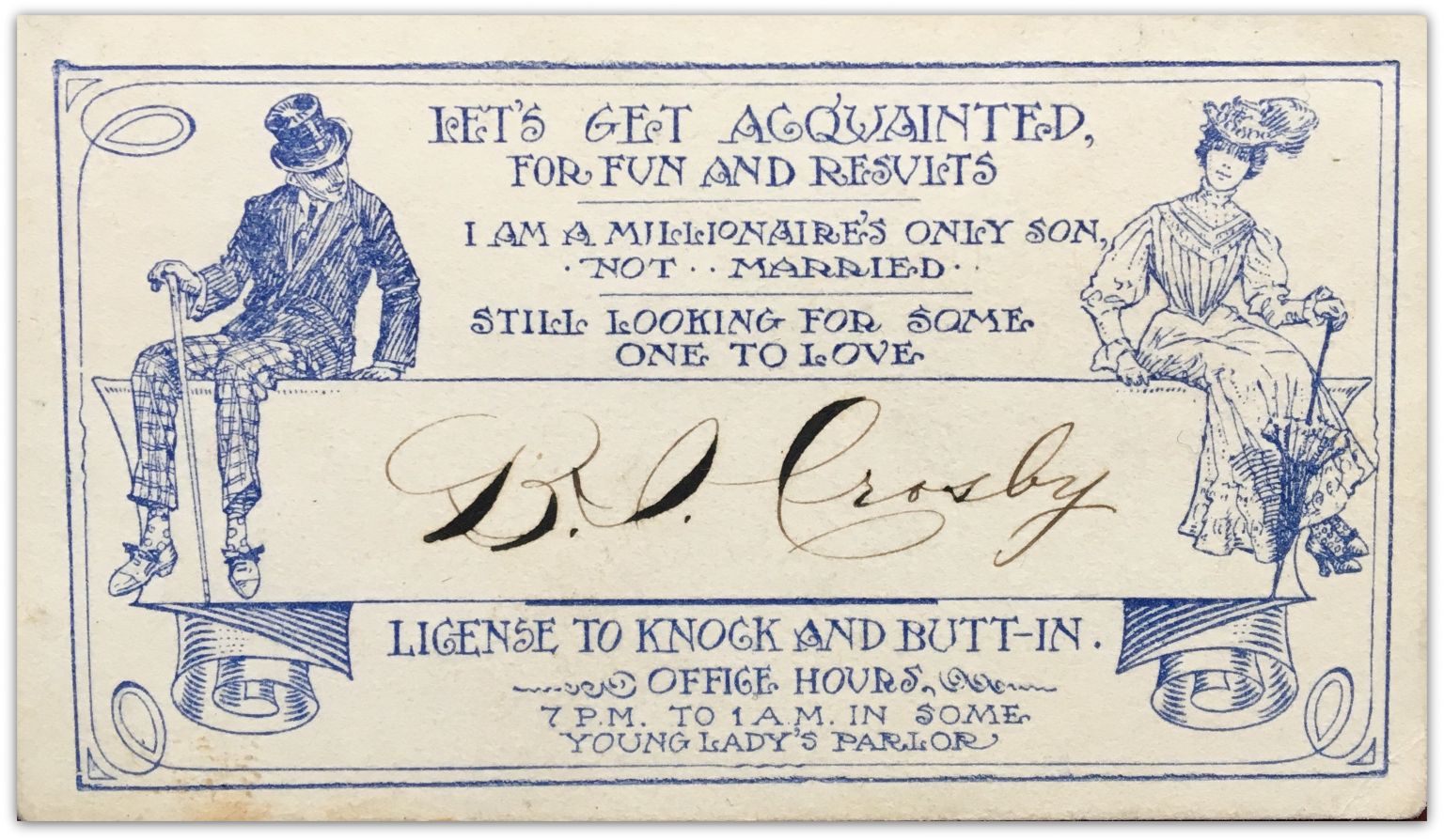 The colourful little “stickers” on the hidden name cards are called scraps. They were usually printed in Germany, and used to decorate all manner of things, particularly scrapbooks!

Scraps came in die-cut sheets, with the individual illustrations joined by little tabs, that could easily be cut off. I’ve  had a few sheets for a long time, because they are too good to use. 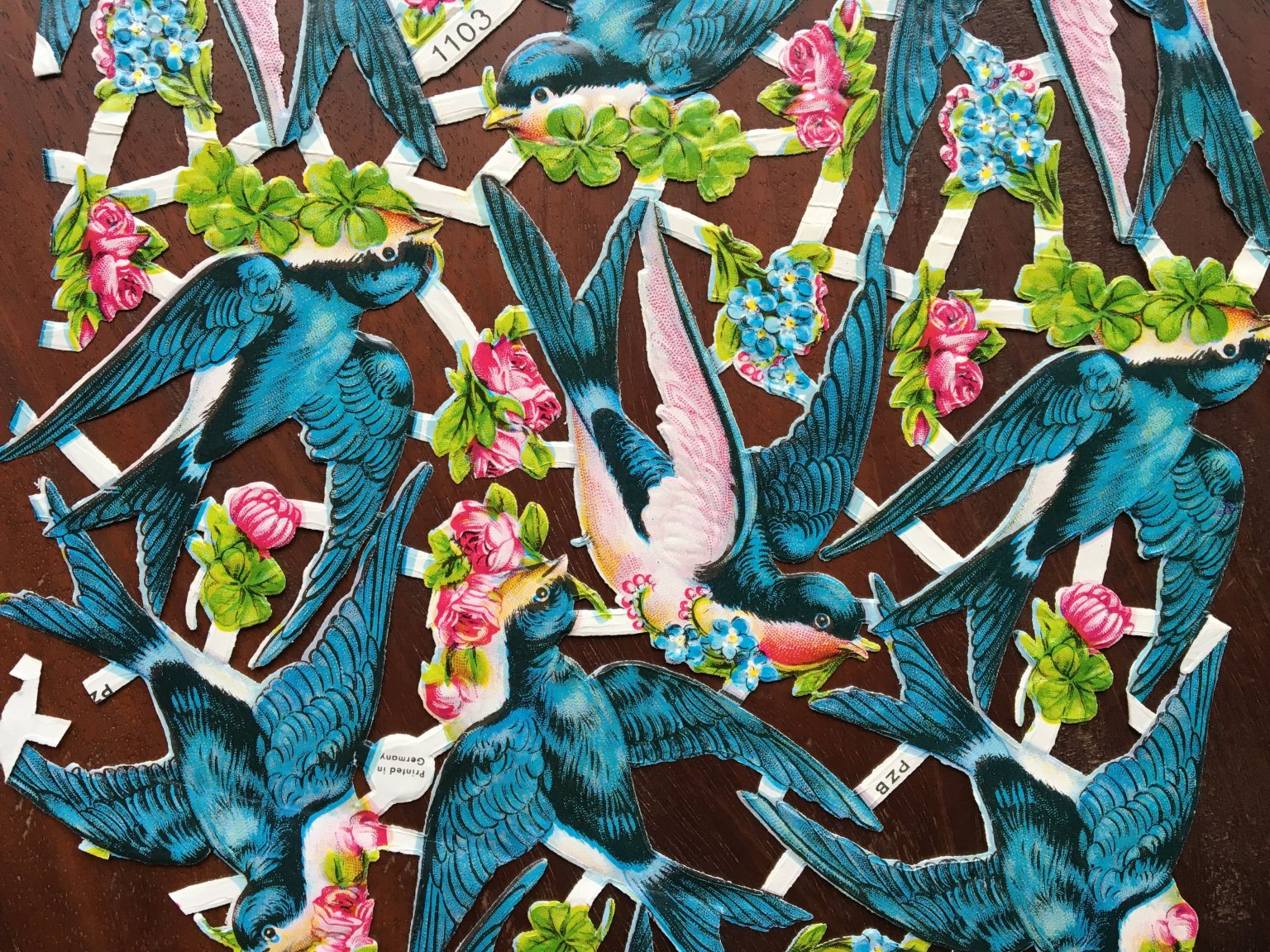 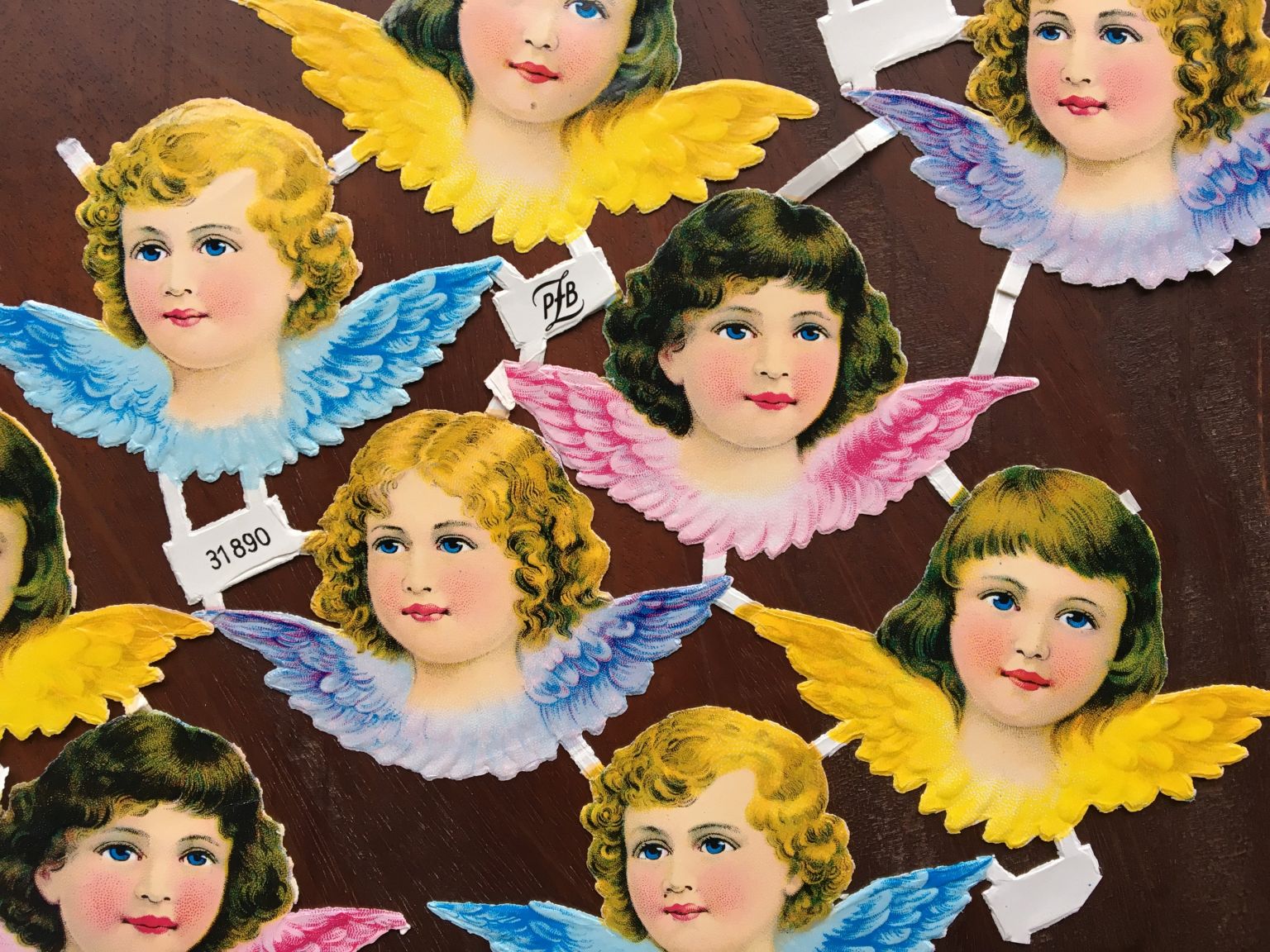