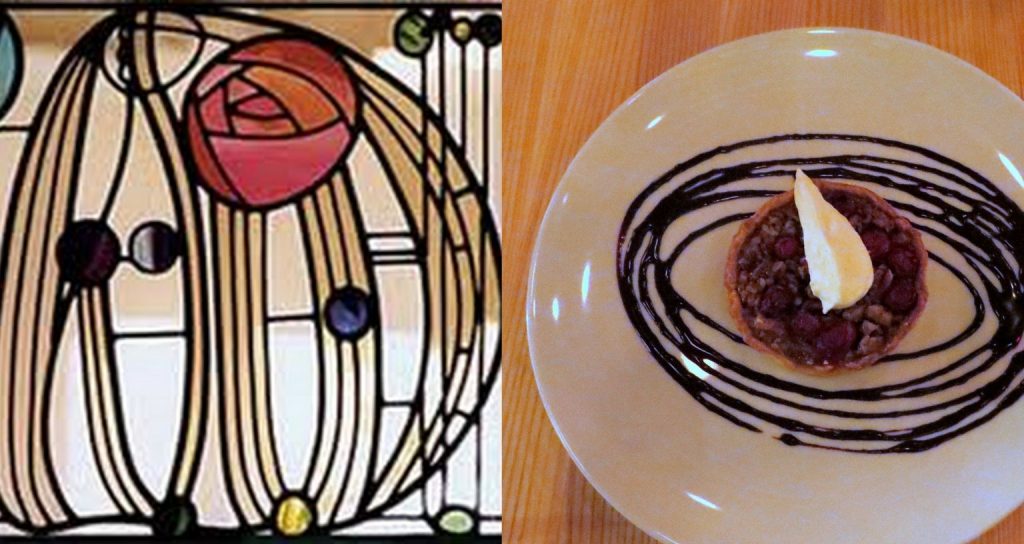 My file of photo collages contains over 3500 images. It amuses me to put pictures together and maybe you would enjoy a glimpse into my visual world.

This post is a collection of collages where an object or a view reminded me of a work of art. An obvious example is seeing a pointed window in a board and batten wall in Clementsport, Annapolis County that brings to mind Grant Wood’s 1930 painting American Gothic. 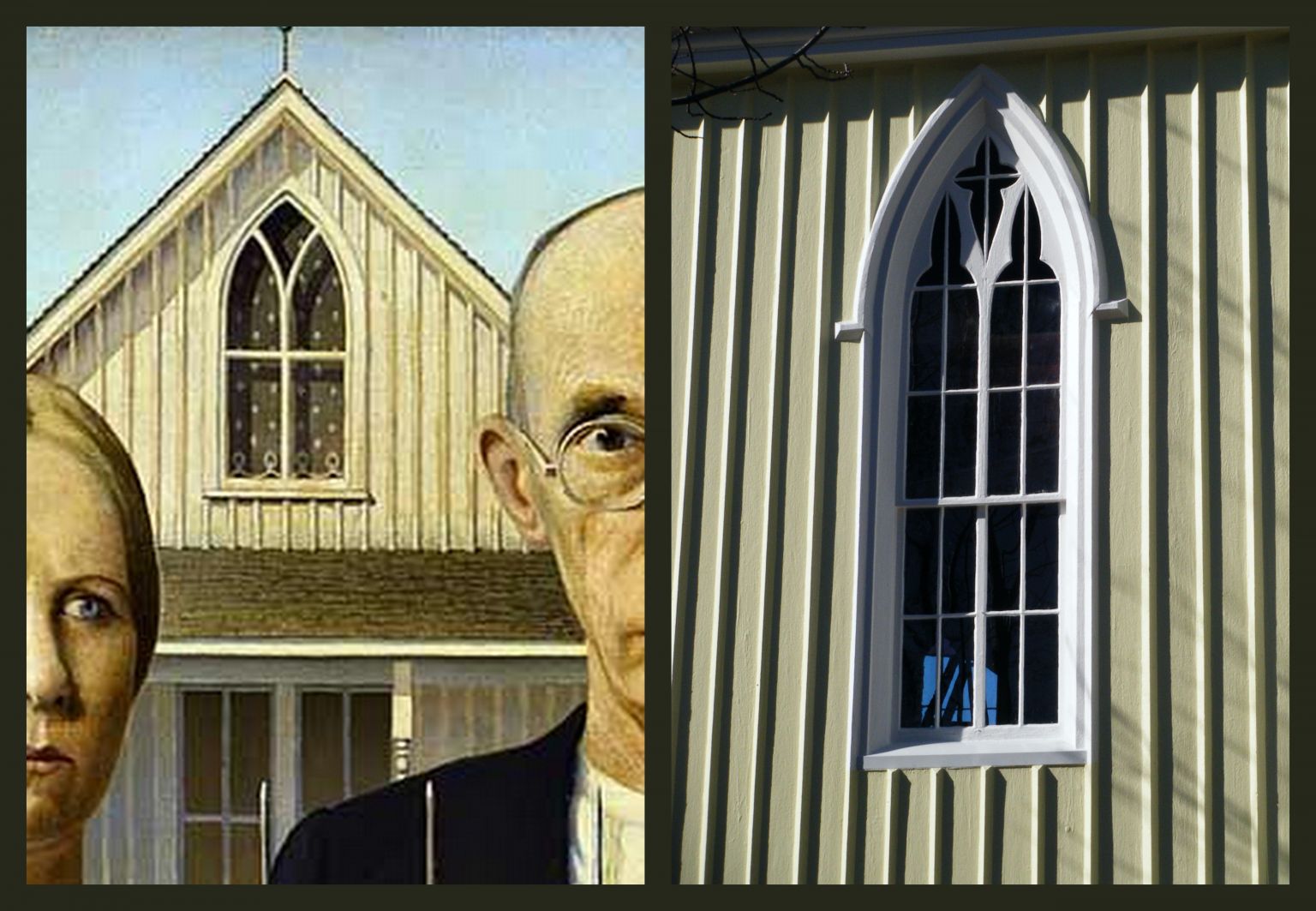 The two windows are quite different in detail but the game is really about triggering a visual memory.

We usually spend New Years Eve with friends who live  on the crest of the North Mountain above Canning. A couple of years ago the January 1st view from their deck made me think of Pieter Bruegel’s Hunters in the Snow (1565). You see it doesn’t take much to set me off. 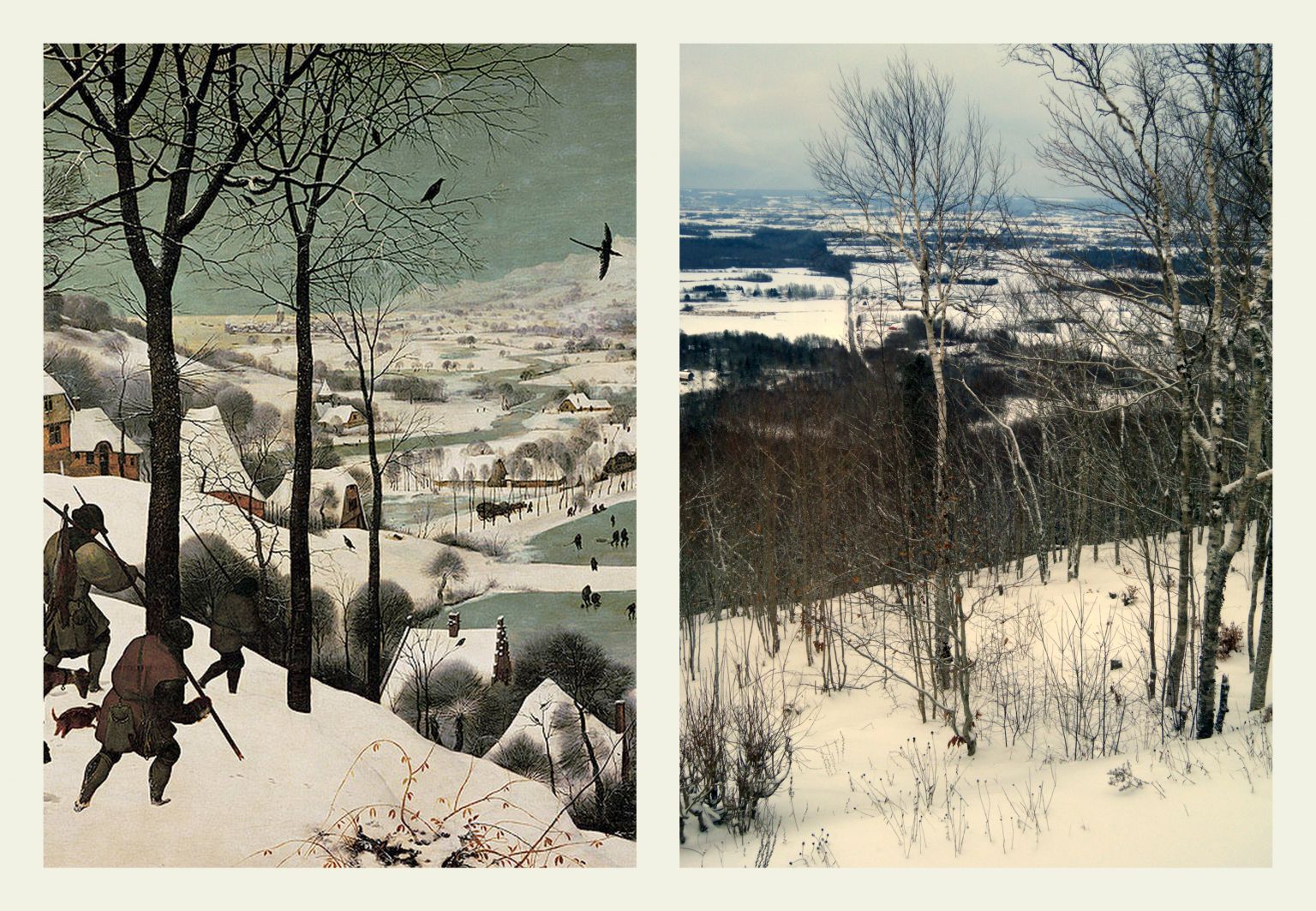 The Breugel painting shows people playing with hockey sticks on the frozen ponds just to make the Windsor hockey birthers a little crazy.

Early one cold winter morning, I noticed that my pile of rocks, accumulated for use in a wall, were covered with frost. Immediately, German romantic painter Caspar Friedrich’s The Sea of Ice (1823–24) came to mind. 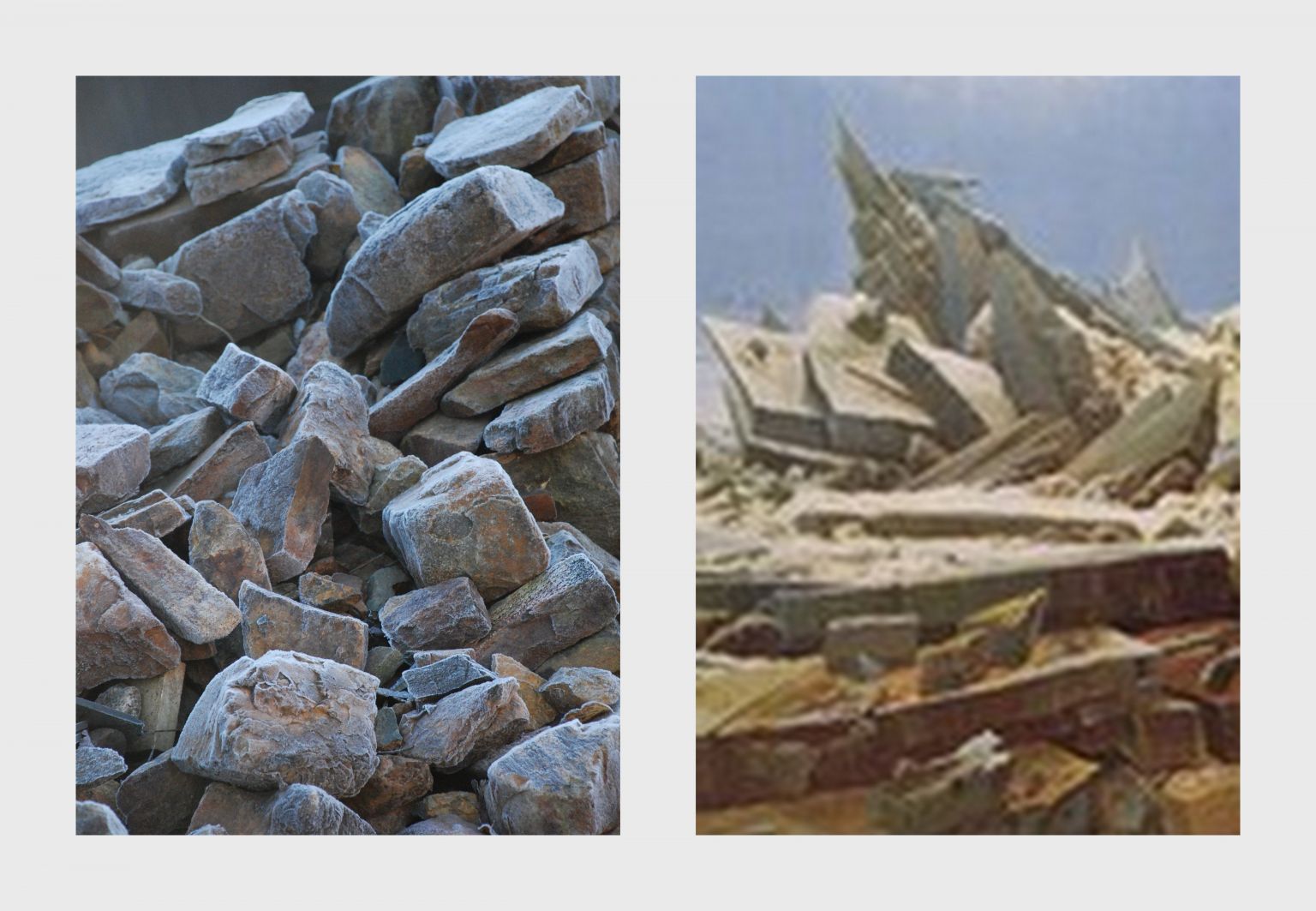 The first time we ate at Agricola Street Brasserie I had a tart surrounded by swirling lines of chocolate. It suggested an Art Nouveau design by Charles Rennie Mackintosh. A couple of his stained glass pieces show you what I mean. When I posted this collage on Twitter it was retweeted by a Mackintosh museum in England. Validation and a tasty dessert.

In 2015 a team of oxen was used to break ground for the Back to Our Roots garden at the Nova Scotia Hospital. The sublime image reminded me of the long tradition of putting a few cattle in the foreground of a painting. Compare to G. T. Parkyn’s engraving of the view from Fort Needham in 1801 that also includes livestock and a distant view of George’s Island. 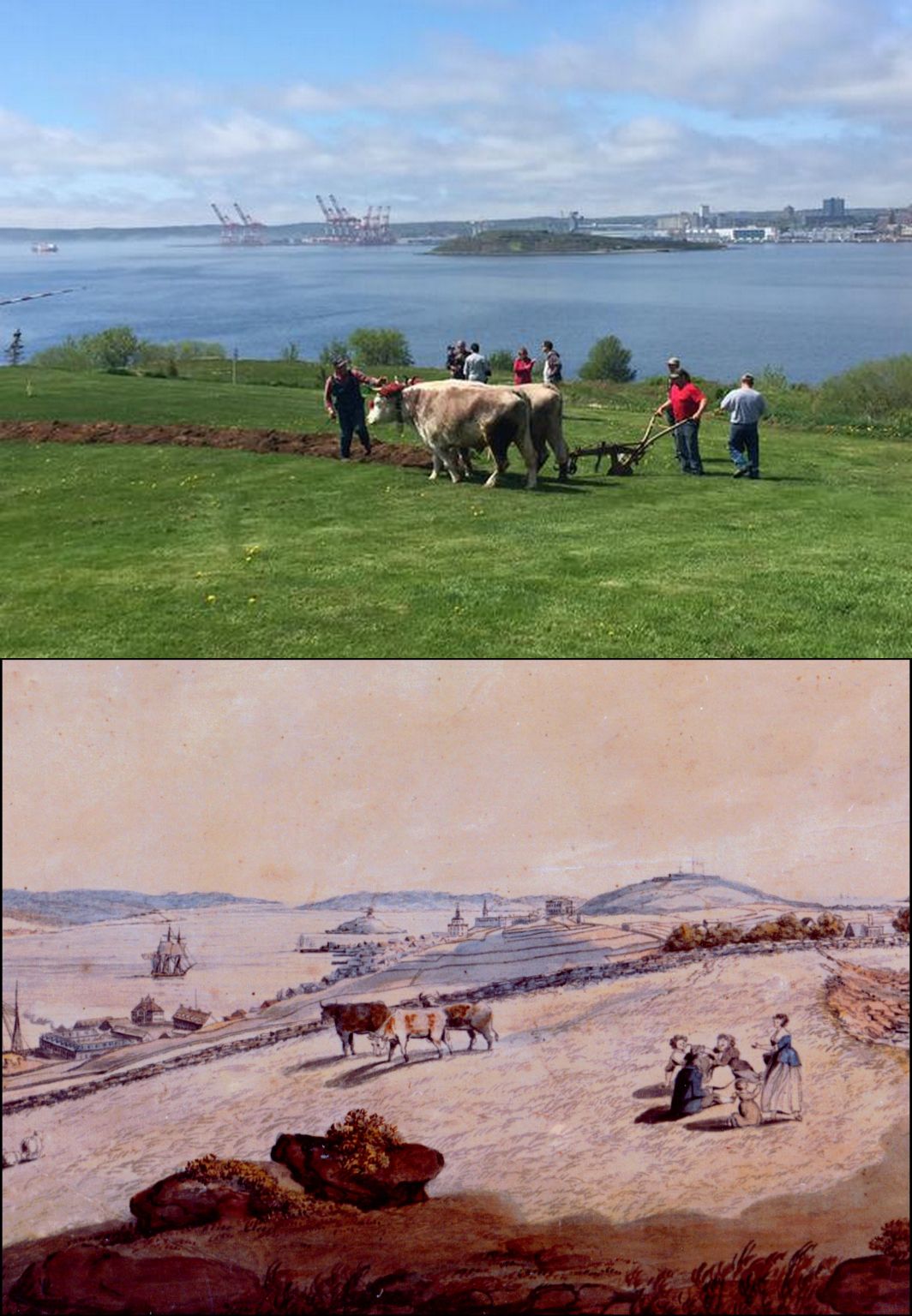 A monogram (IP ?) on a tombstone in the Wallace area sent me looking for the symbol used by “the artist formerly known as Prince.” 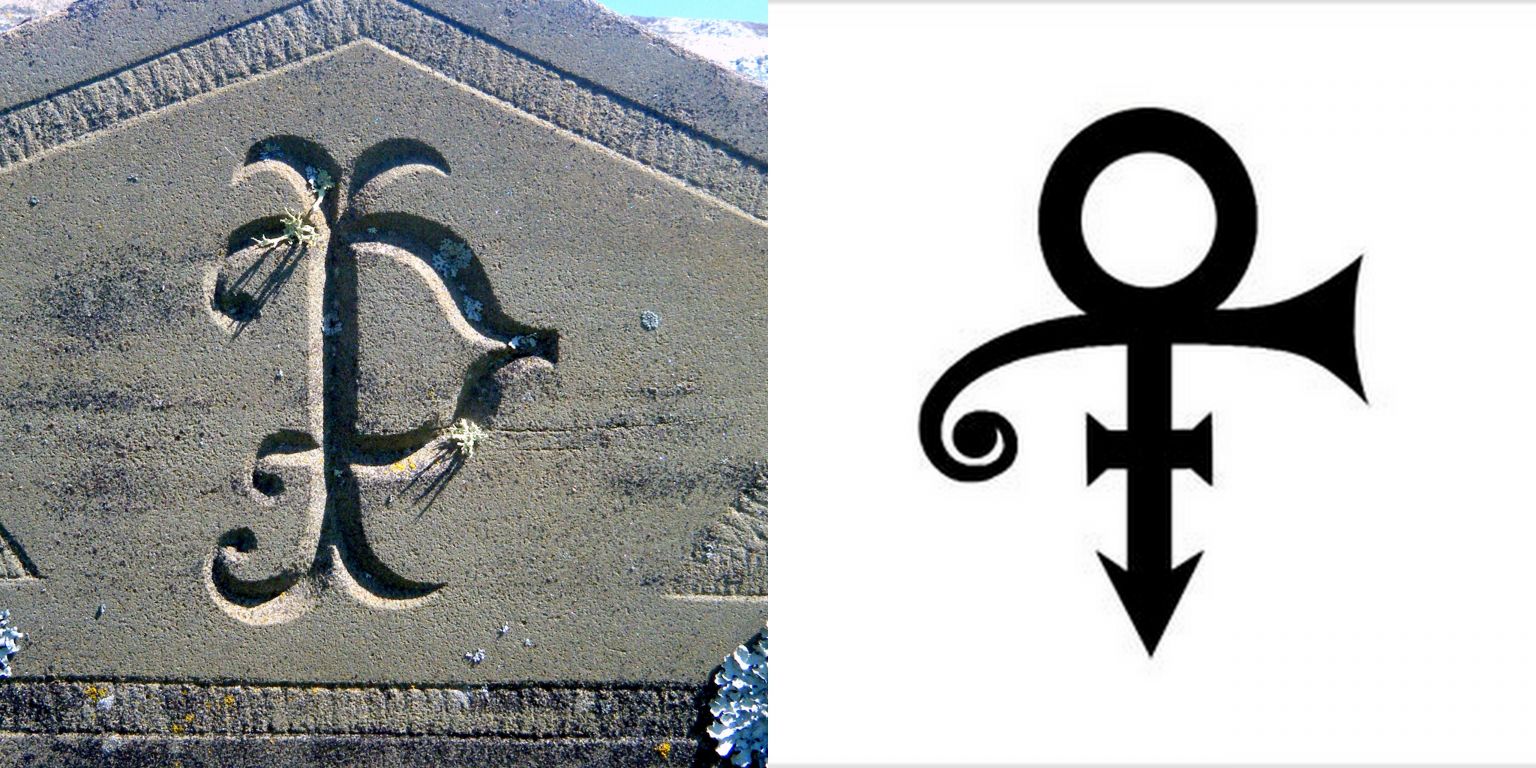 For a number of years we got very fresh fish from the Off the Hook program. Once a particularly bright eyed and soft lipped halibut seemed to be a finny relative of poet Percy Bysshe Shelley.

I suspect and understand that these collages don’t mean much to others but they are the sort of thing that gives me great joy and pleasure. Makes me think of Shelley’s swell poem Ozymandias, and the line that regularly comes in handy: “Look on my works, ye Mighty, and despair!” 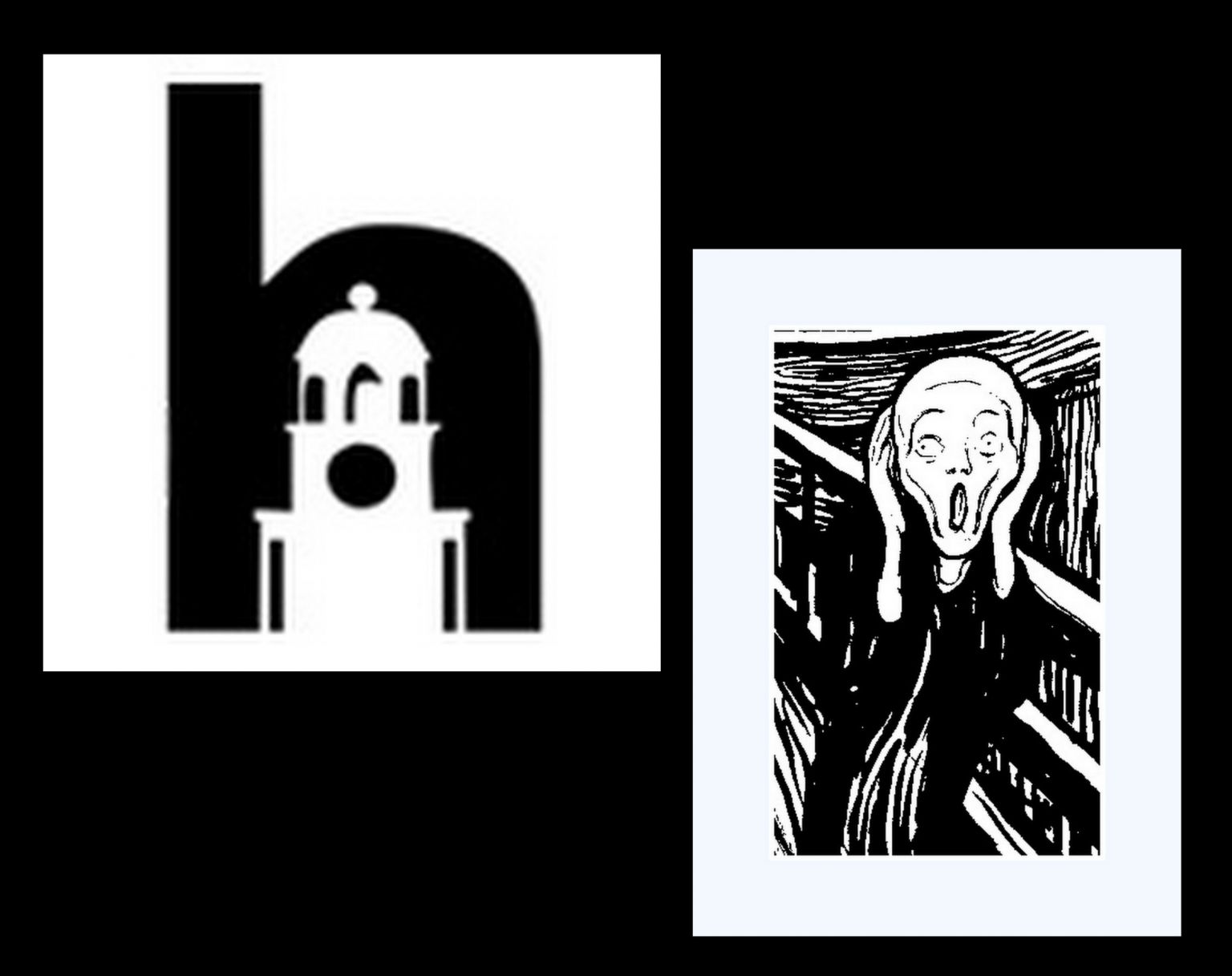