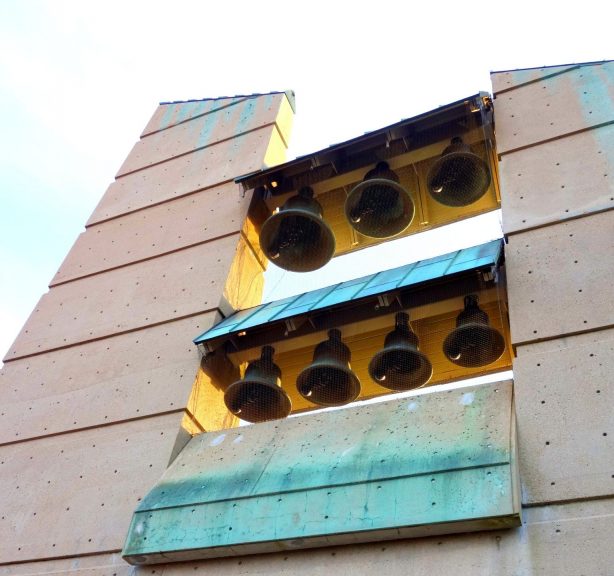 Are you overwhelmed by the tsunami of events and products marking the 100th anniversary of the Halifax Explosion?  There seem to be performances and lectures and exhibitions and experiences every day. What excites me is that I’m hearing the narrative told in new ways and sometimes by new voices that have not been included before.

So here are some things I’ve been noticing on the journey to December 6.

I’m particularly aware of the Explosion narrative being translated to new media. The CBC has just released A City Destroyed, an “immersive site” (not my favourite term) that will be very popular. I found the accident reconstruction particularly helpful. 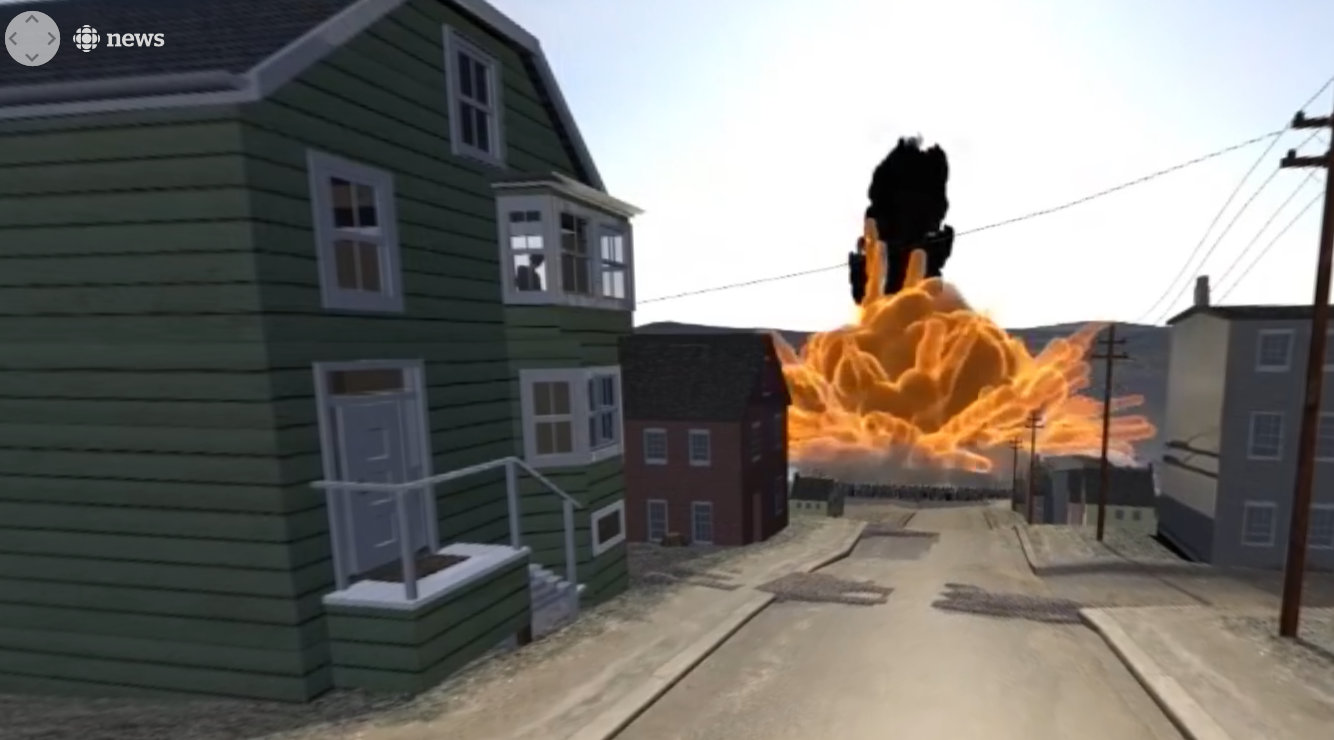 Screen grab from A City Destroyed. I appreciated being able to change my point of view and replay events from many directions.

The CBC piece contains an interactive map and you can also get a hint of the future of the 3D mapping of historic Halifax in an Explosion exhibit at the Dalhousie Art Gallery. A projection in the gallery shows the north end of Halifax just before the Explosion, and then how it changed to the present day. This presentation was organized by James Boxall, from Dalhousie Libraries’ GIS Centre. Watch for the project as imagery and data are added so it can be dialed back to a time before the European settlement named Halifax. 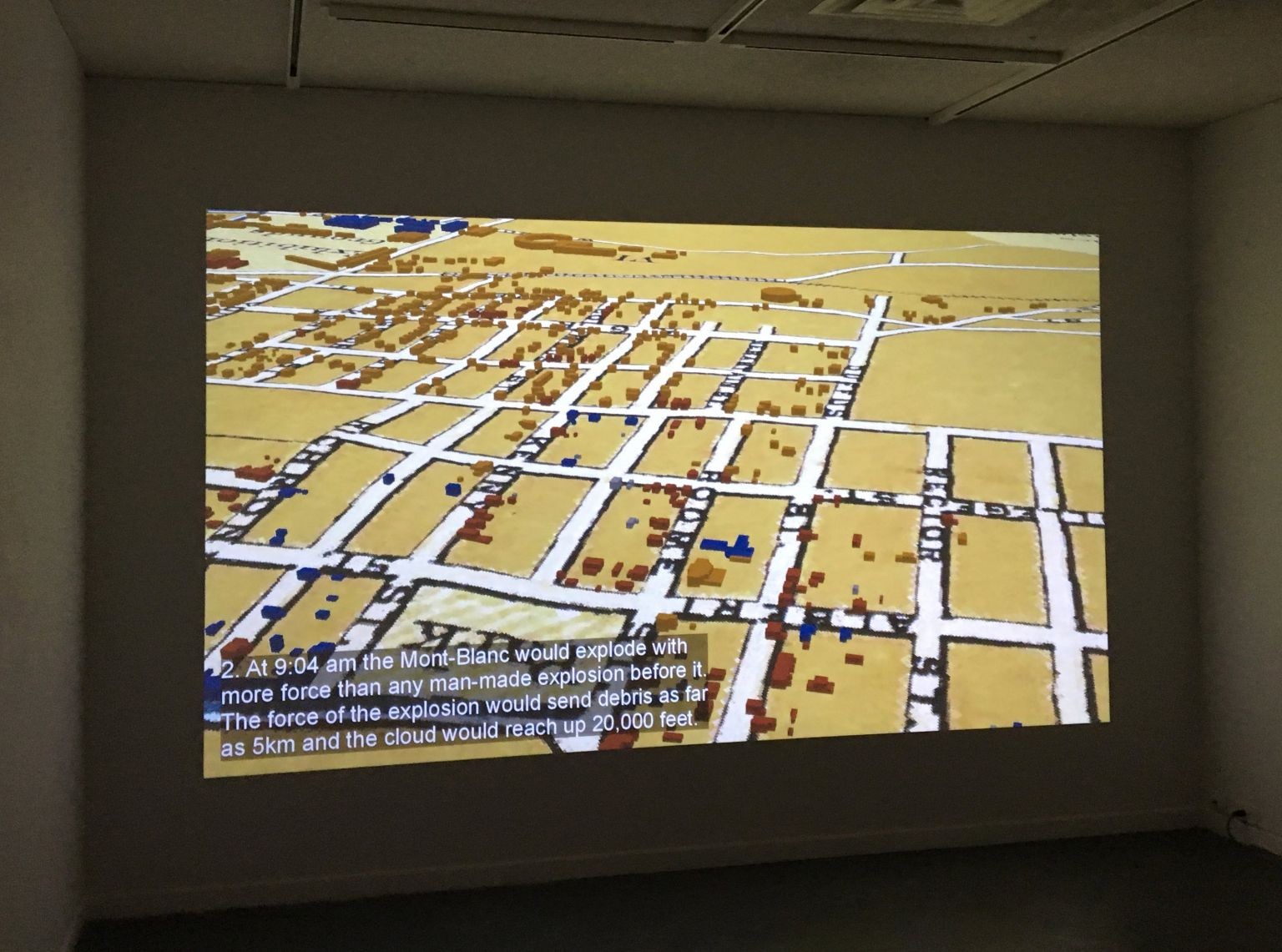 Pre-Explosion Halifax recreated at Dalhousie Libraries’ GIS and Data Centre. Buildings destroyed or damaged are colour coded. I’m looking forward to exploring the lost district as more detail is added to the “map.”

Also at the Dal Gallery was a large, white topographic model of the north end. A series of pre- and post-explosion maps were projected on the miniature landscape. It’s part of a larger installation by the Narratives in Space + Time Society (NiS+TS). From my point of view, this small group of artists, researchers, and architects have been the leaders in bringing new life and focus to the Explosion story. 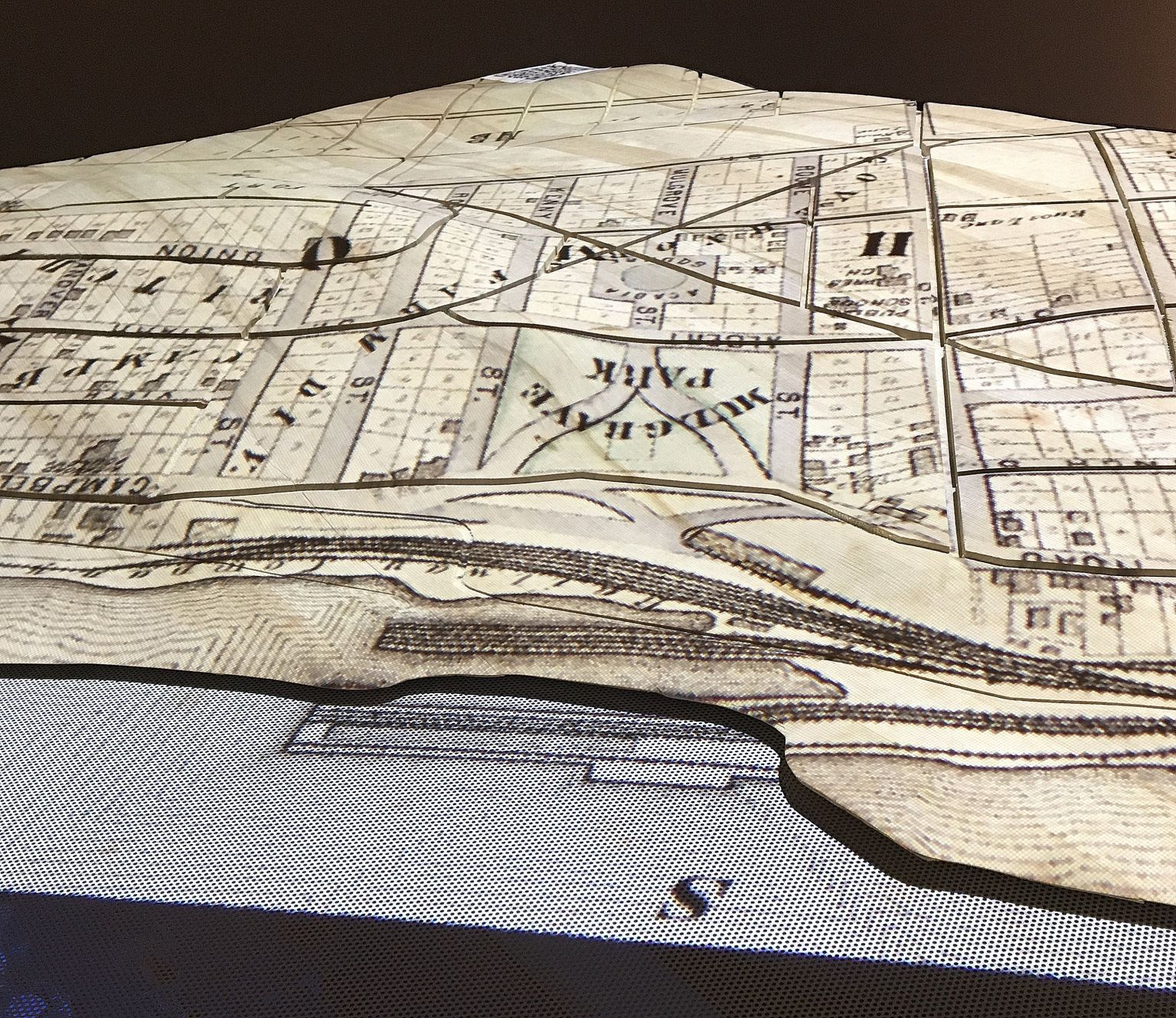 A projection of a map from the much loved “Hopkins’ City Atlas of Halifax”, 1878. This installation is called the Psychogeographer’s Table and has an augmented reality component that I’ve not experienced.

I’ve been on several guided experiences with NiS+TS that have given me a new understanding of the geography of the Explosion. We stood on the site where Vince Coleman tapped out his last message to stop and save the passenger train, sailed the routes of the two vessels, and blew whistles in vain to warn of collision. And NiS+TS sets model buildings on fire! What’s not to like.

You can recreate NiS+TS walks, or Drifts as they call them, with their new phone app. Contribute your own photos and stories while exploring a Drift. 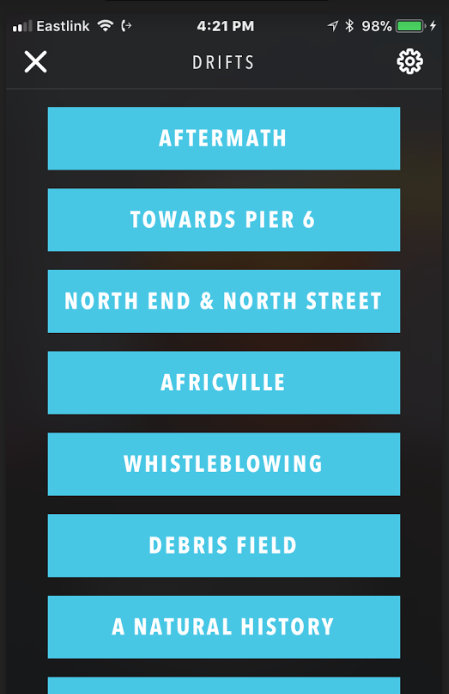 Walking the Drifts demonstrates “how the past and the present haunt the future.” Serious business, but fun.

There is a final NiS+TS walk on December 3. Take it.

Also, just stop reading this right now and go visit the current exhibit at the Dalhousie Art Gallery, there until December 17. Five Explosion-related exhibit components demonstrate how lucky Halifax is to have artists and curators enriching our storytelling.

New to me were drawings by Arthur Lismer (of Group of Seven fame), who worked in Halifax at the time of the Explosion. He made quick sketches as the disaster unfolded that capture the agony of the moment. 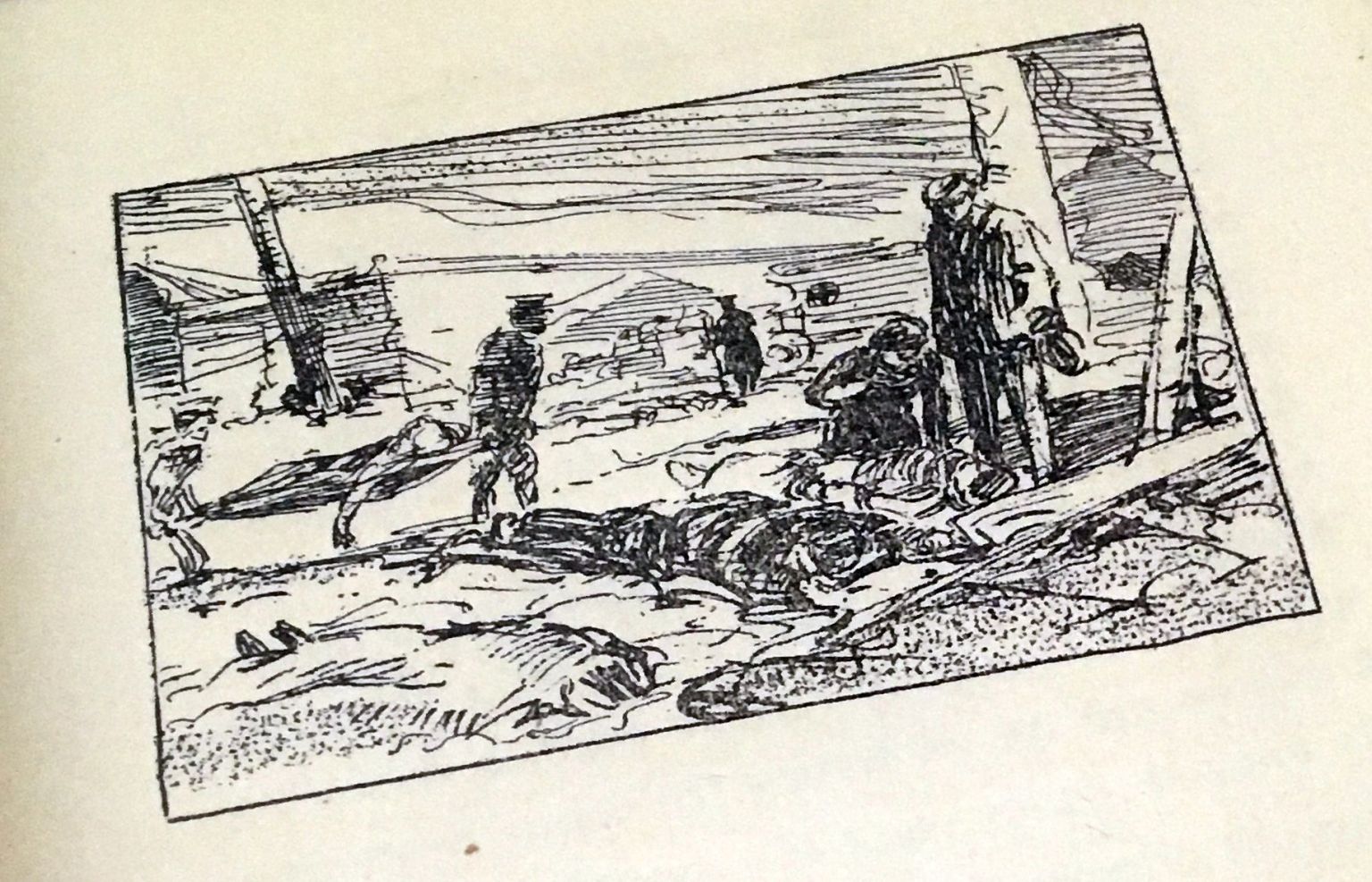 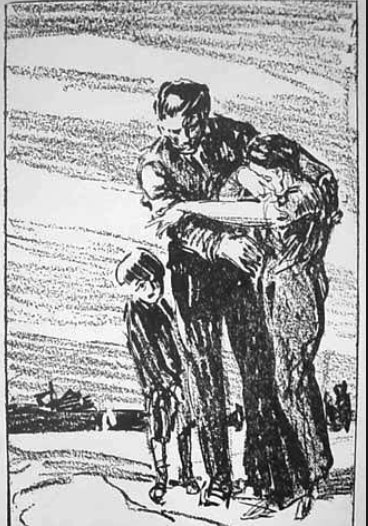 My particular favourite unit of the Dal exhibit is photographs of Hydrostone houses taken by Halifax artist Claire Hodge. She systematically photographed all of the existing homes to create a portrait  of the much-loved planned neighbourhood, built to house survivors of the Explosion. The collection is perfectly named Negotiations, because it reveals how each owner has adapted and changed their home. This is a truly valuable documentation that will become even more interesting over time. It needs to be published so you can explore all the nuances of the negotiations. And the Tourism folks should be supporting this exhibit to travel outside the province.

A couple of weeks ago I dropped into Fort Needham to see how the Memorial Park is progressing and I continue to be impressed with the quality of the design and cleverness of the interpretation.

The new plaza around the old memorial was almost complete. This view shows how cor-ten steel has been used to “slice” through the landscape and carve out a level gathering place. 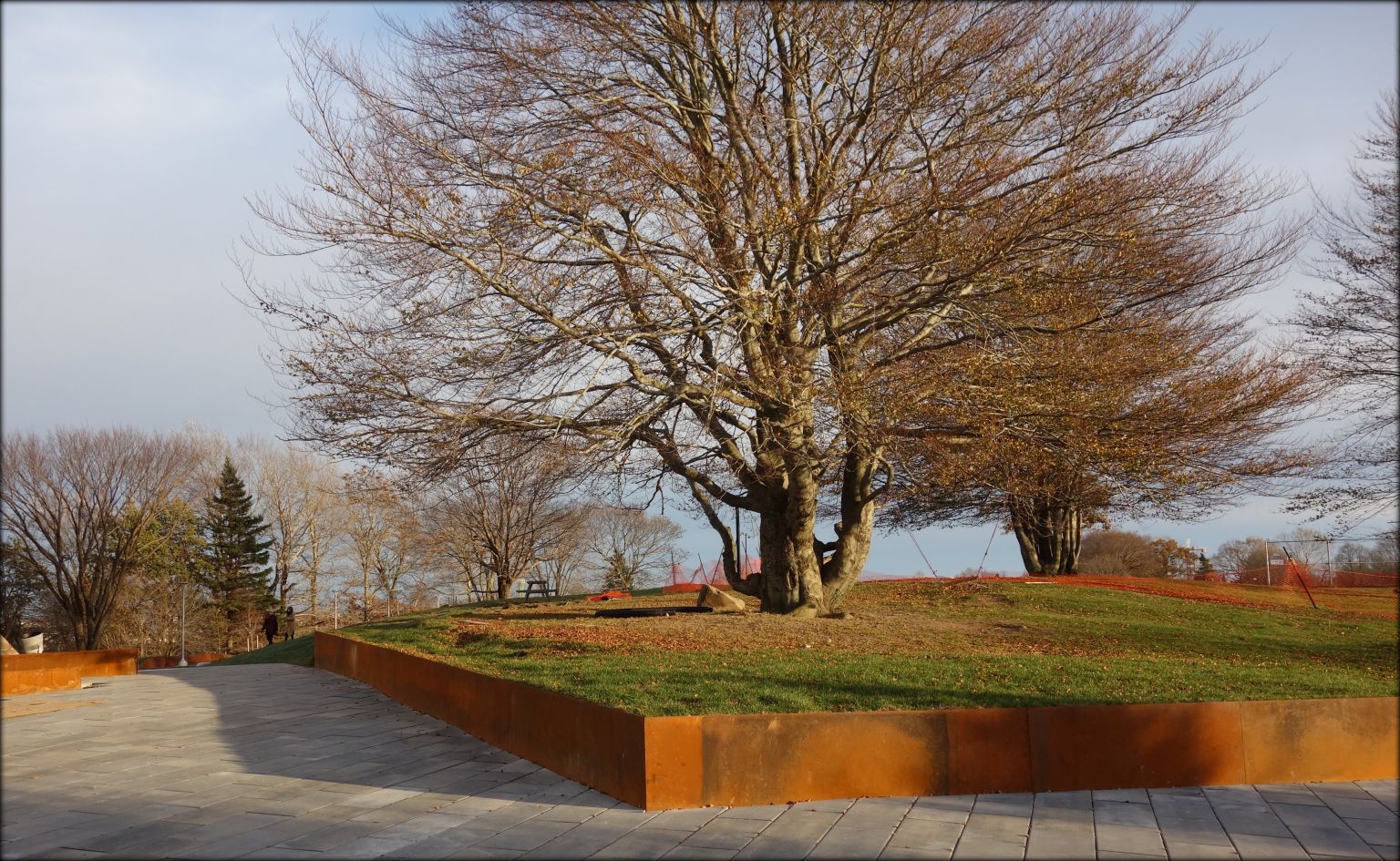 The NiS+TS folks have been documenting survivor trees that made it through the Explosion. This may be one.

At the base of the monument I noticed a line of dots and dashes in another cor-ten edger, and realized this must be Vince Coleman’s last Morse code message made physical. Sweet.

My prediction: next year when the new landscapes have settled in and can be well photographed, this park will be featured in all the international landscape design sites. Be prepared for the joy, because we love being noticed. 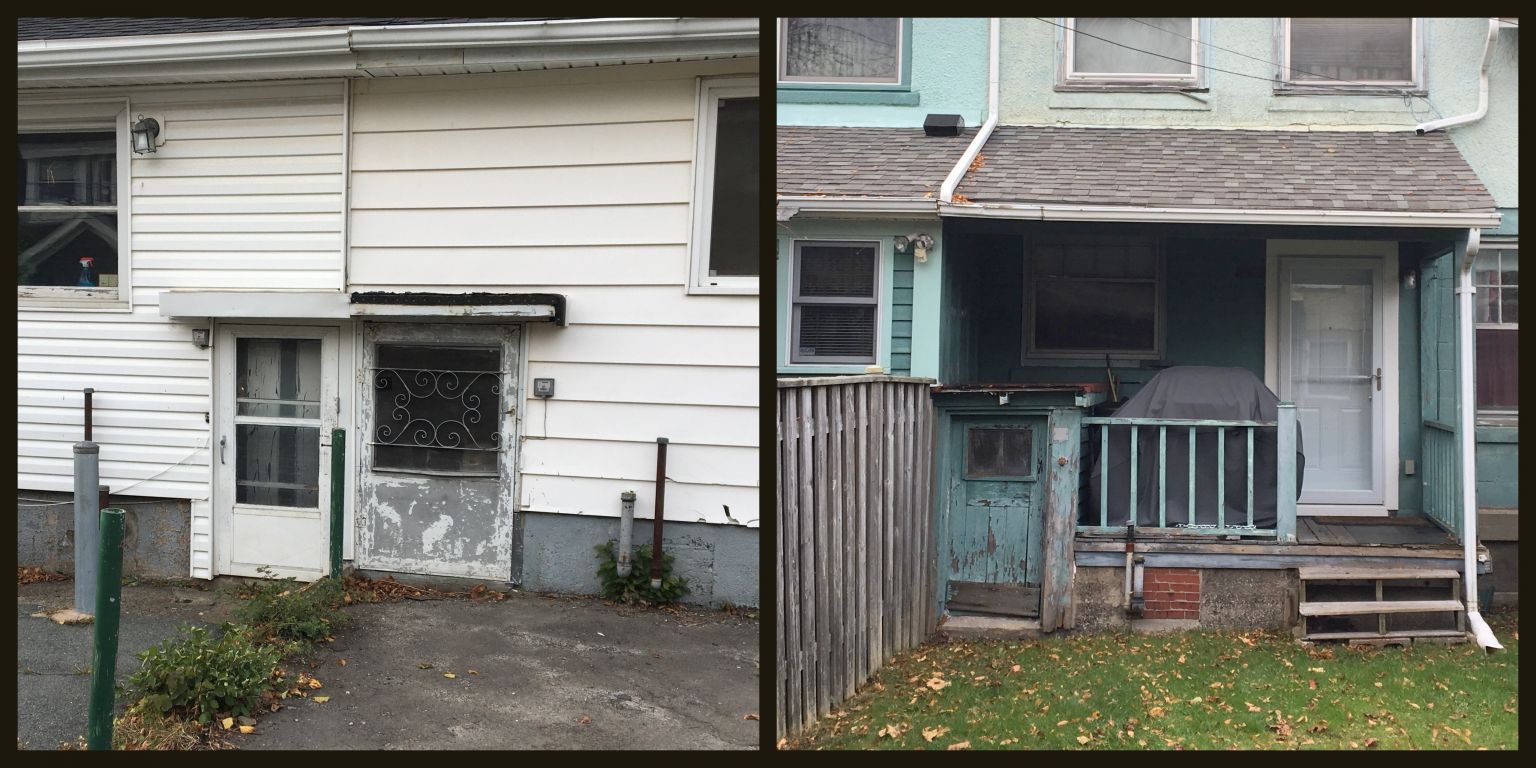 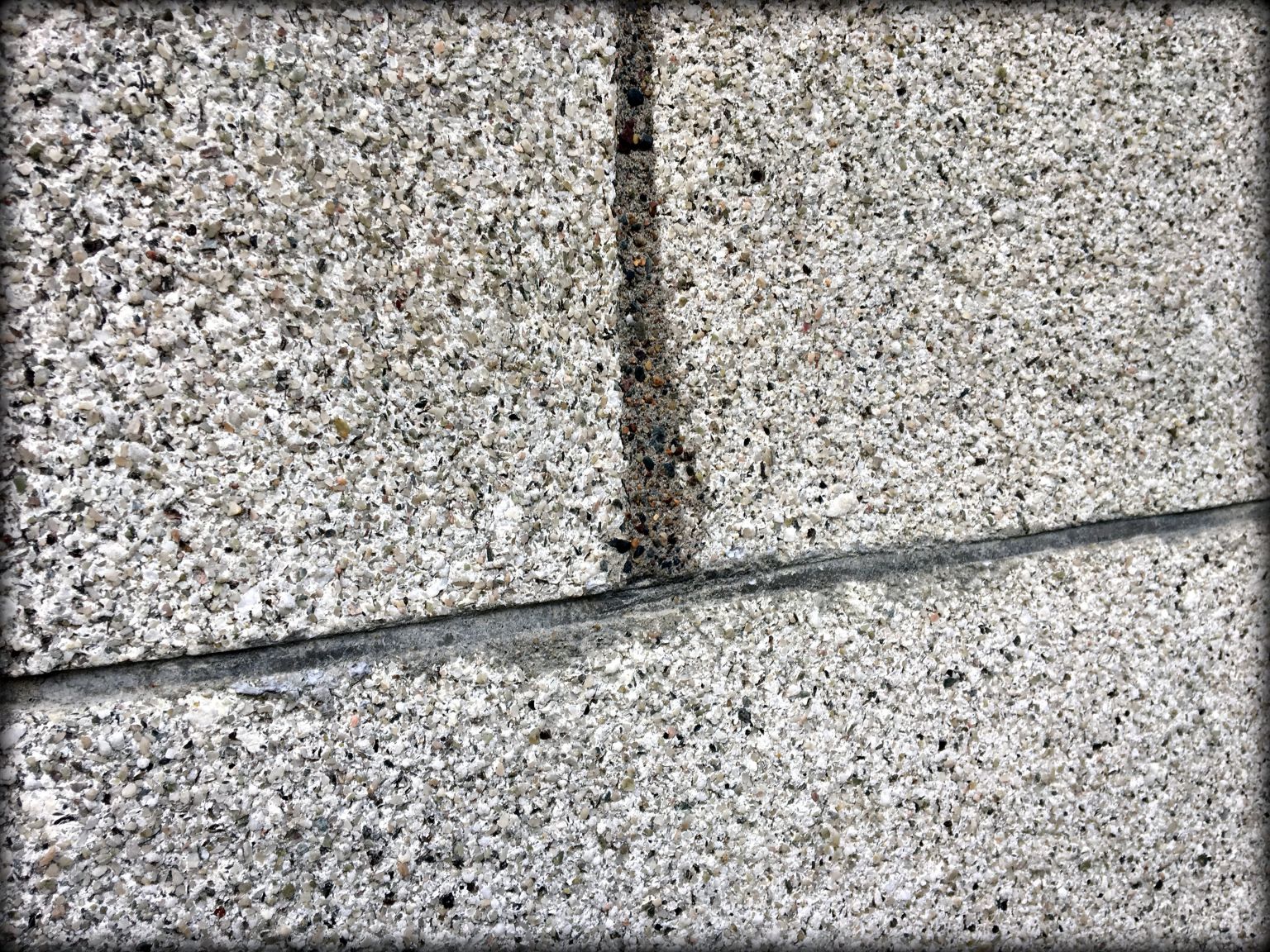 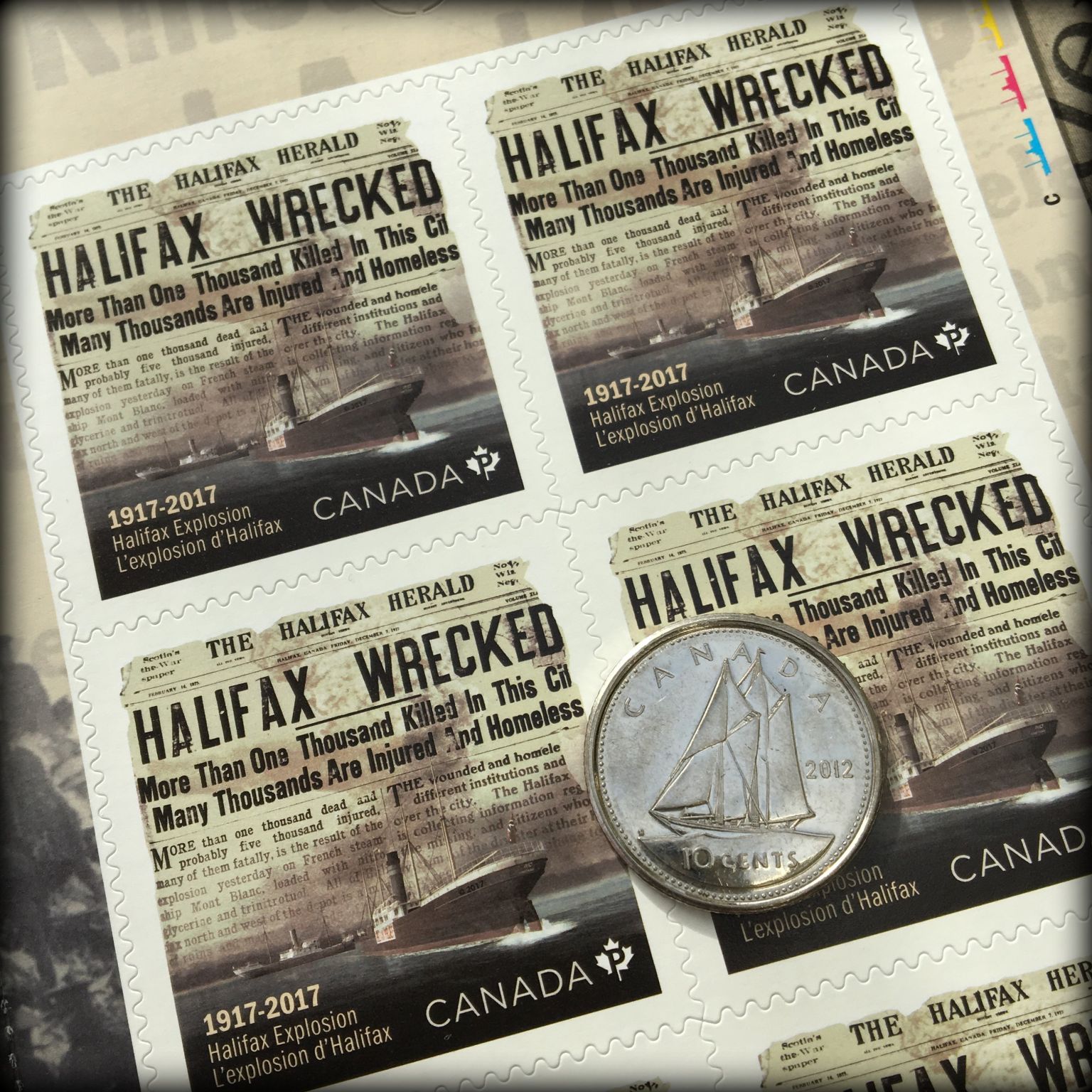 The Chronicle Herald must be pleased with the product placement! Did you notice I used another Nova Scotia legend for scale.