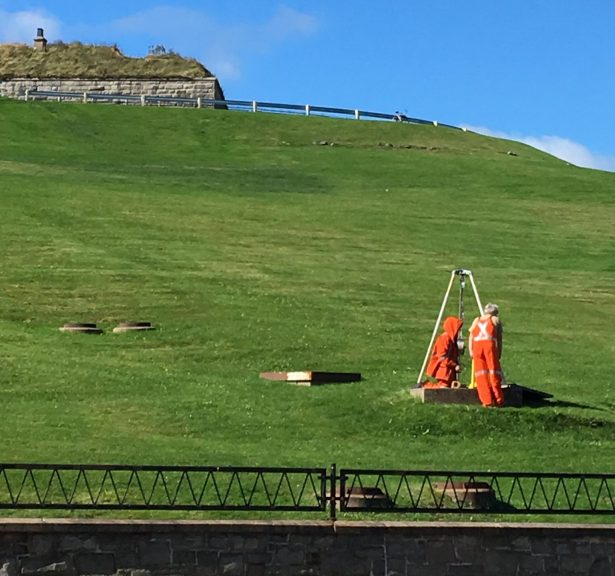 This season feels like the real New Year, a time to reset and take stock after the self-indulgent escapades of summer. In that spirit, I rambled (10 kilometres, my phone says) from north to south on the Halifax peninsula. Here is what I noticed, new and old.

An obvious first stop was to see how the transformation of Fort Needham Memorial Park was progressing.  With the hundredth anniversary of the Halifax Explosion approaching, the existing memorial is finally getting a proper podium. 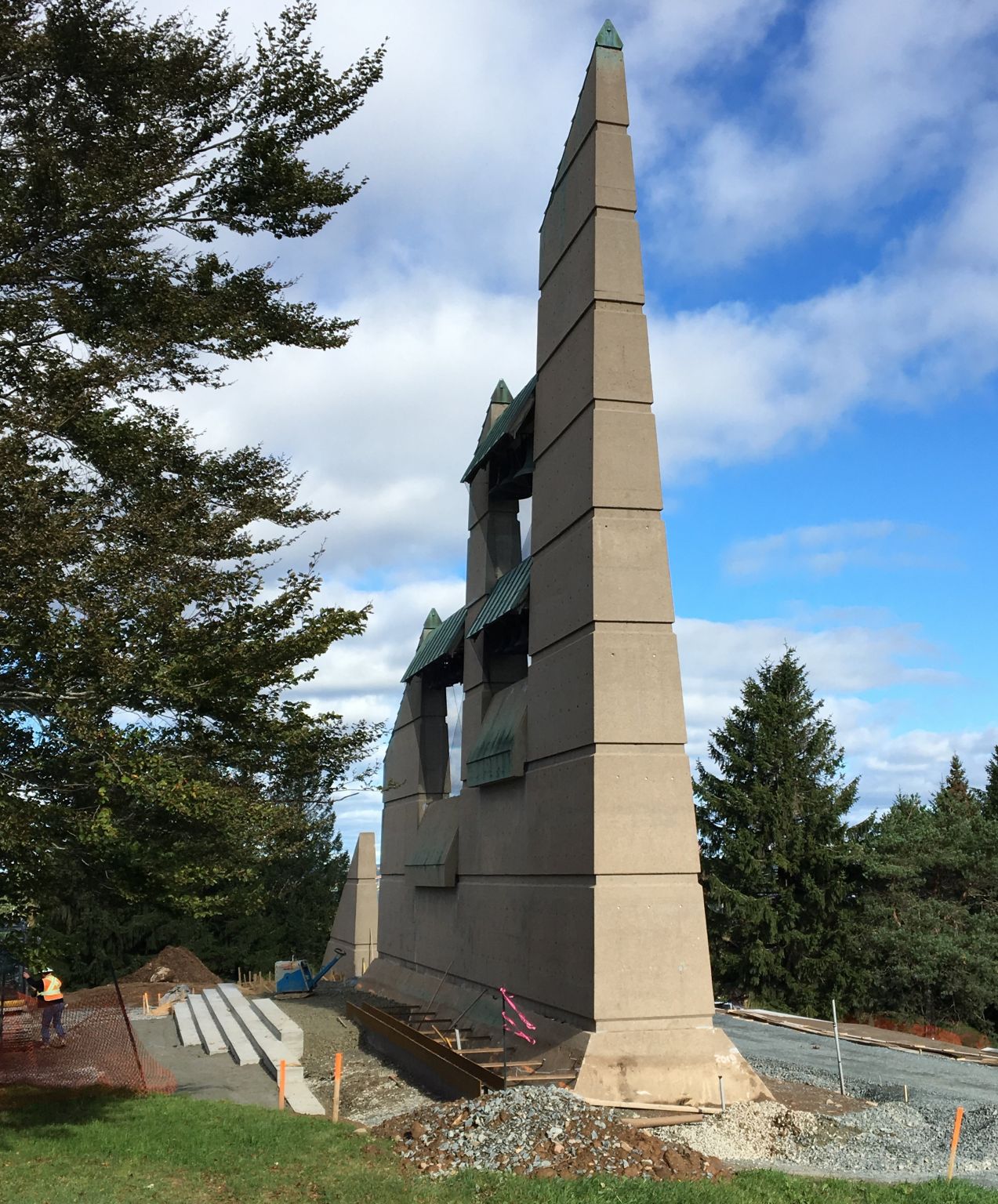 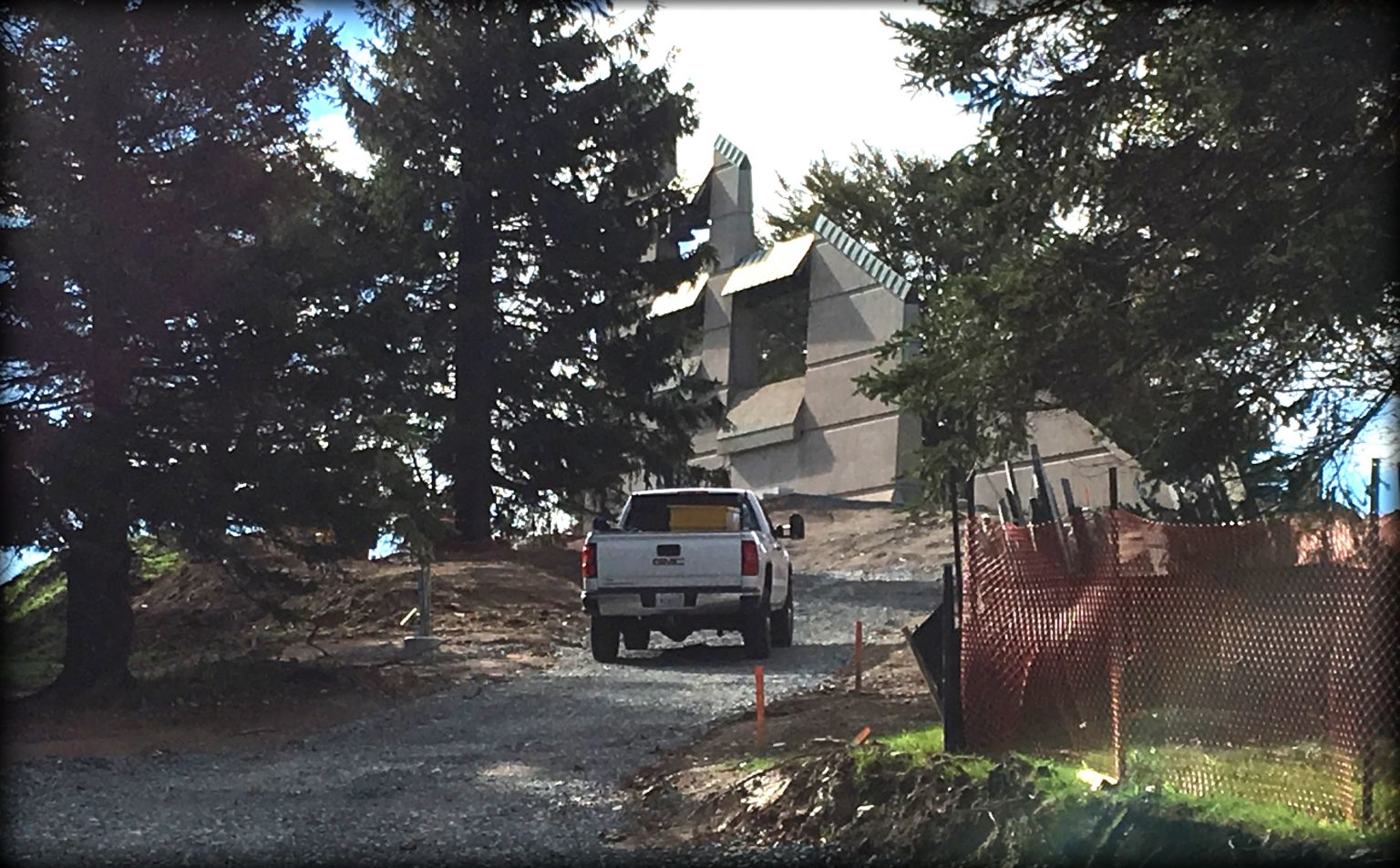 There has already been excitement on Twitter about the new staircase that leads to the monument from the harbour side. Richmond, the name of the section of the city destroyed by the Explosion, is etched into the concrete and legible as you approach the stairs. 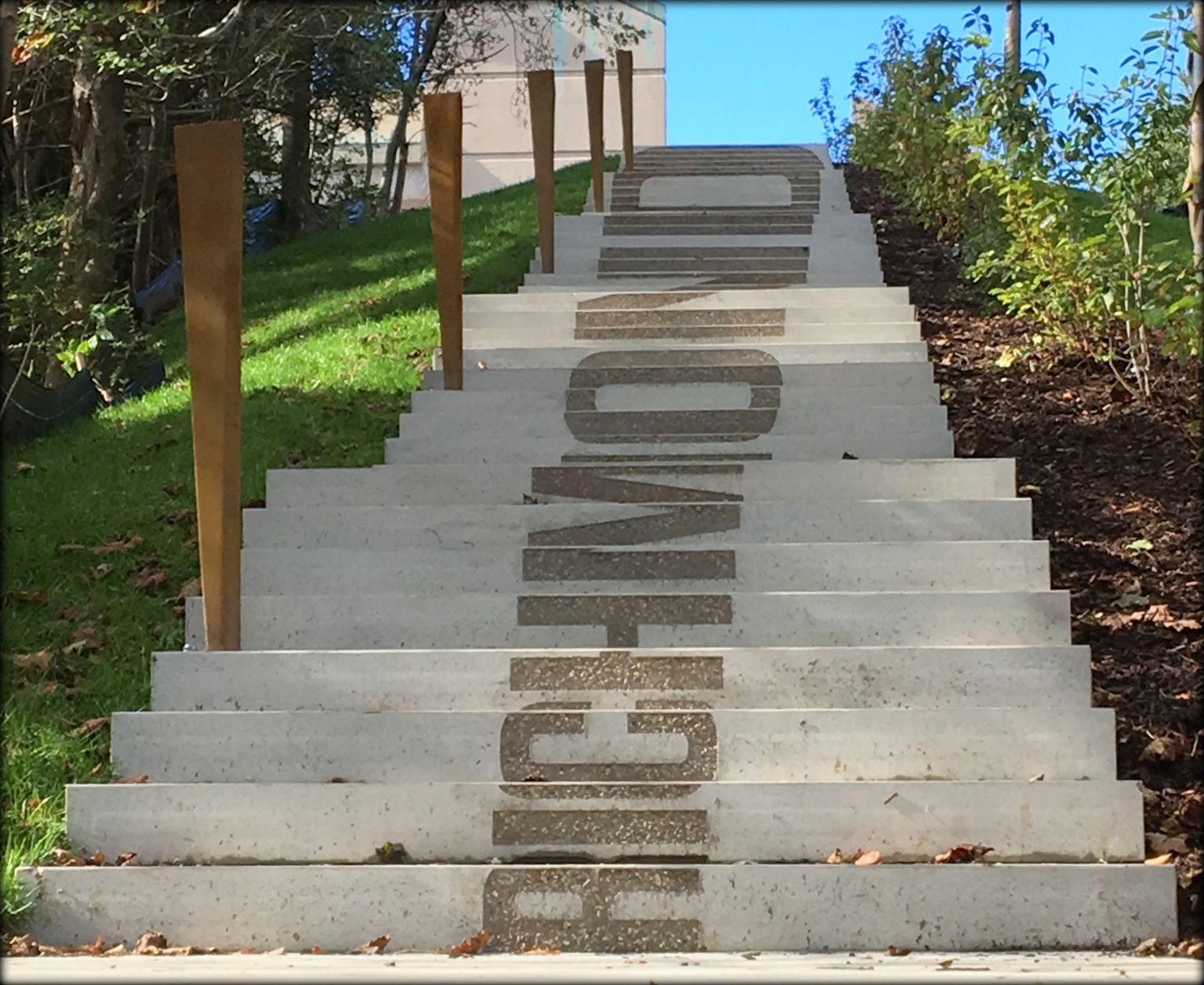 From other angles the letters are fractured, the perfect metaphor for a community blown apart. 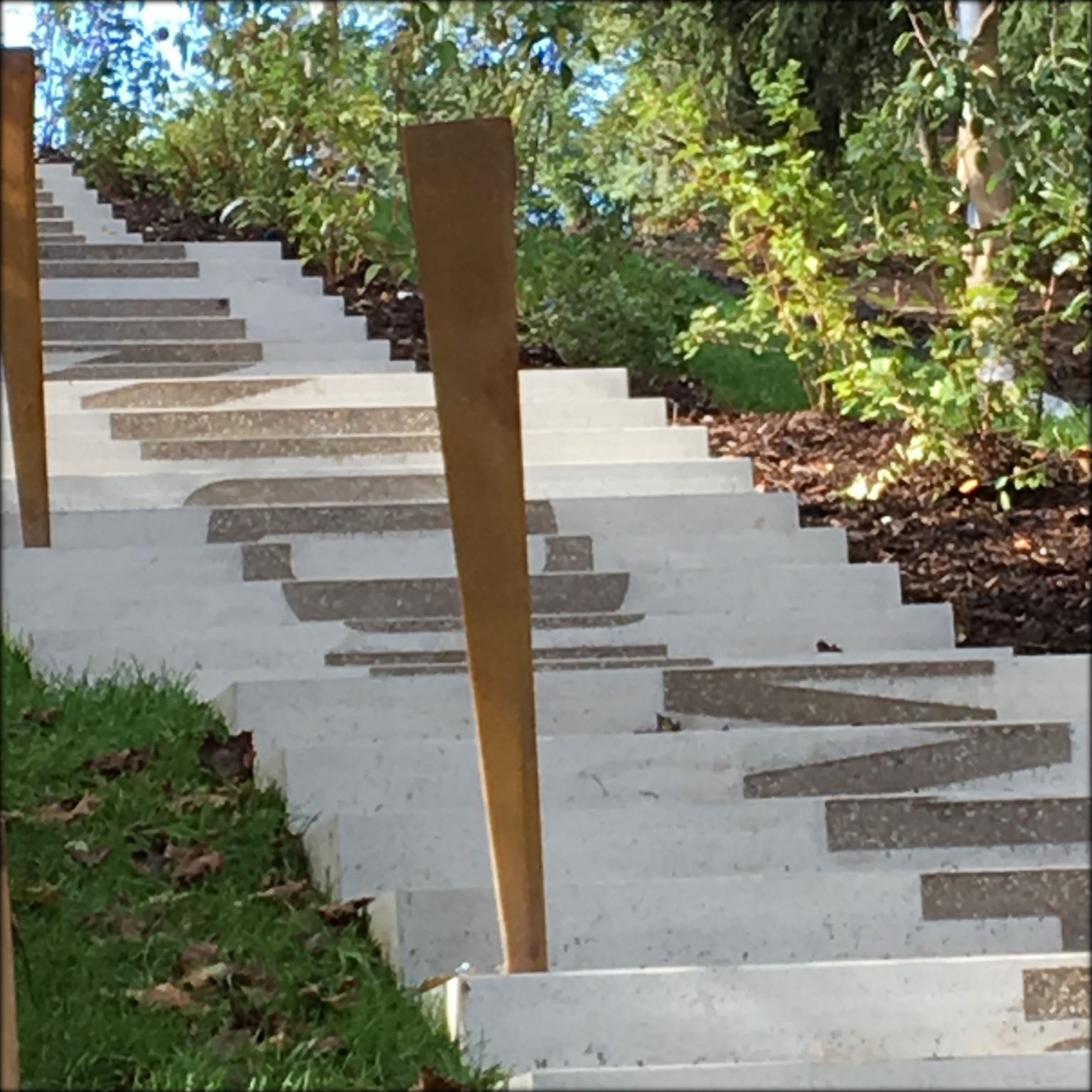 I’m trying to memorize the term for this intentional distortion: anamorphic type.

Walking the long Gottingen Street wall of Canadian Forces Base Stadacona, I realized that A Block, a nondescript brick building, was being demolished as part of a large redevelopment project. 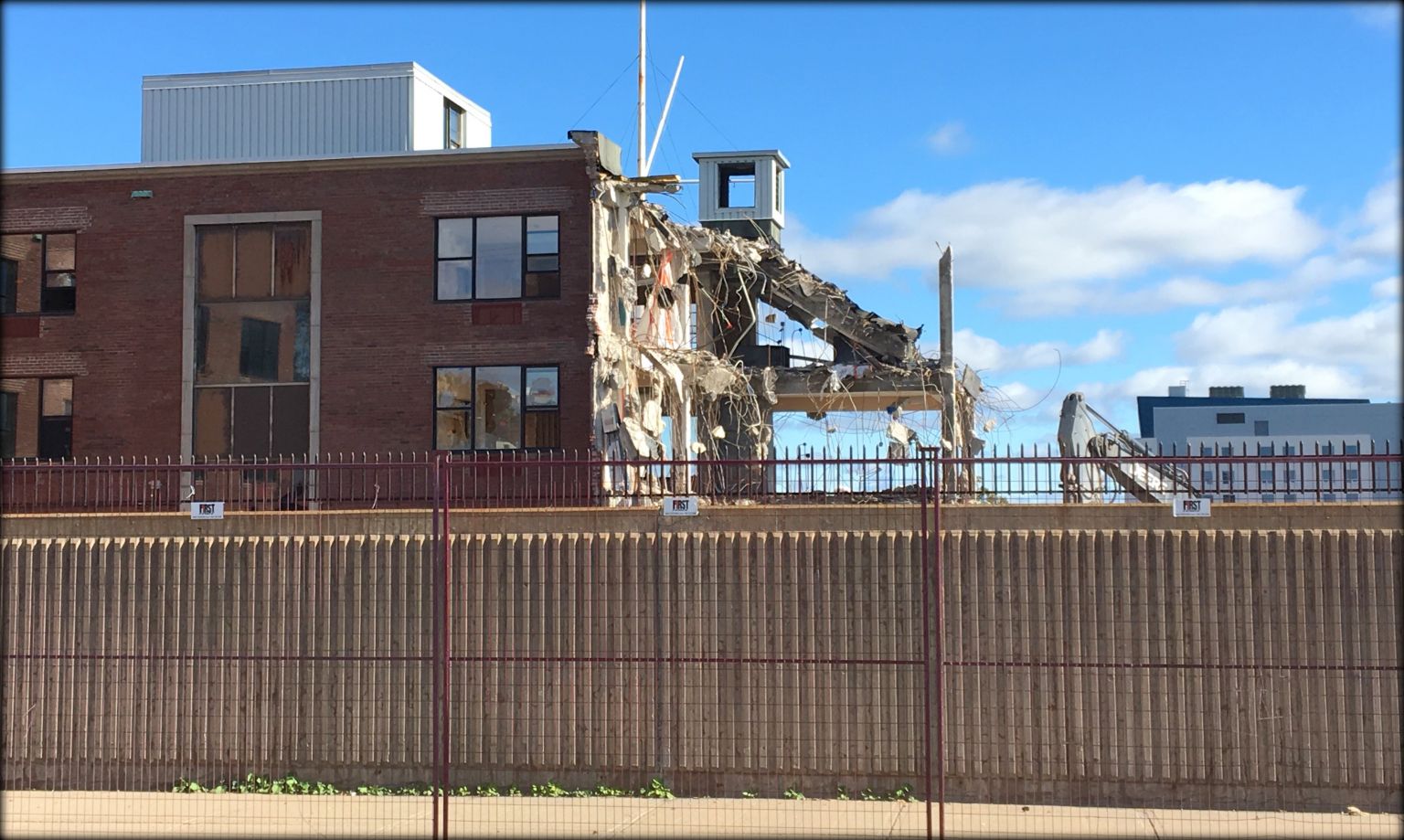 The demolition attracted my attention because A Block had long lived up to its name and blocked the old, unused gate to the base. 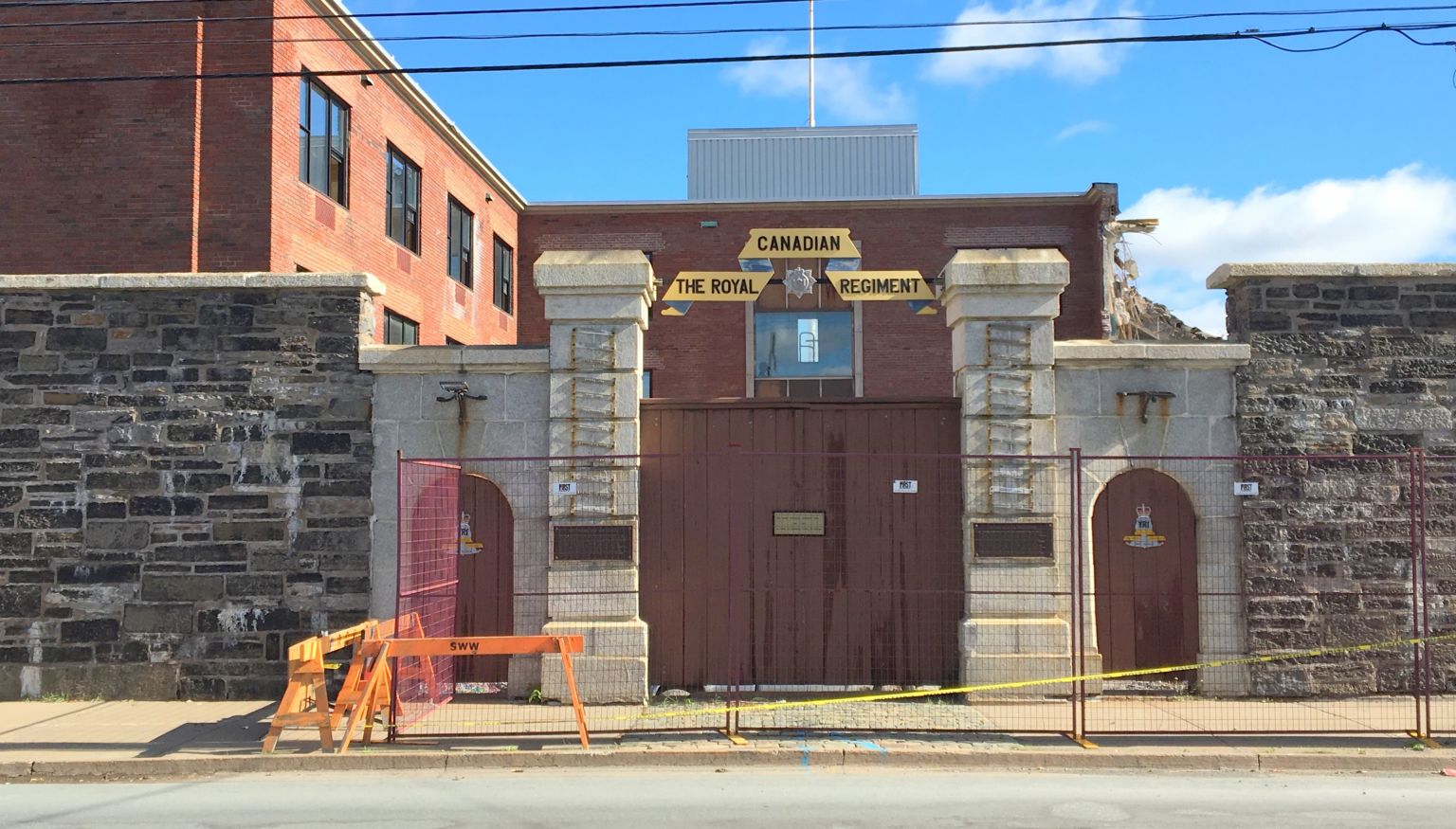 Nineteenth-century photographs show how the gate related to the original barracks building, with its passageway that led to a large parade square (now a parking lot). Hope the new development makes at least a nod to this heritage. 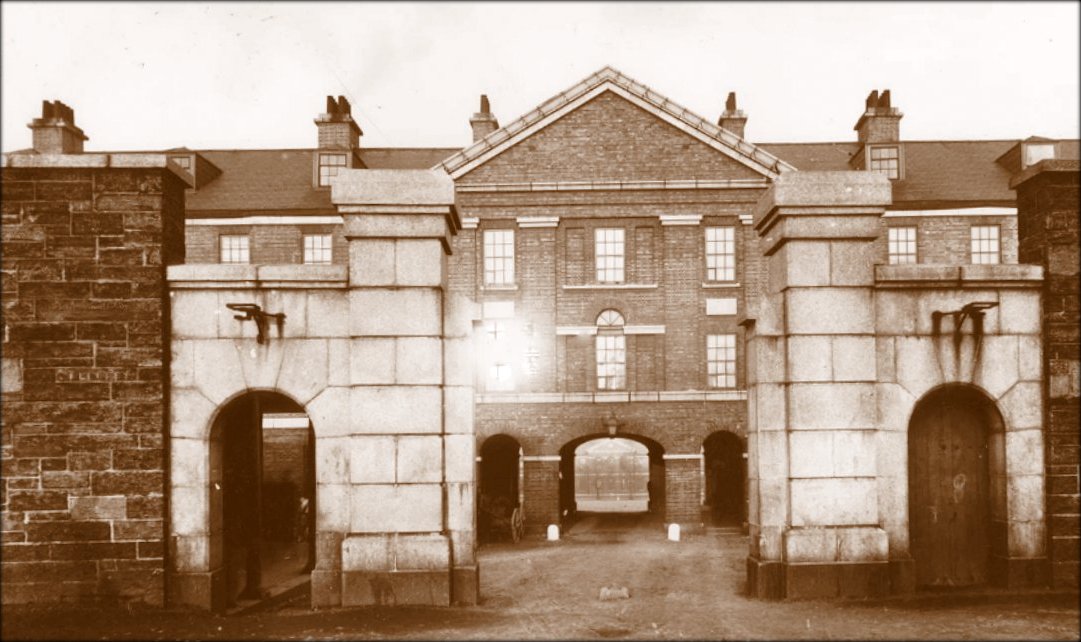 I don’t often walk the north end of Gottingen Street, and a little monument at the site of the School of the Deaf felt like a discovery, but maybe I just did not remember it. The big, institutional building opened in 1896, and was torn down some time after the school moved to Amherst in 1961. 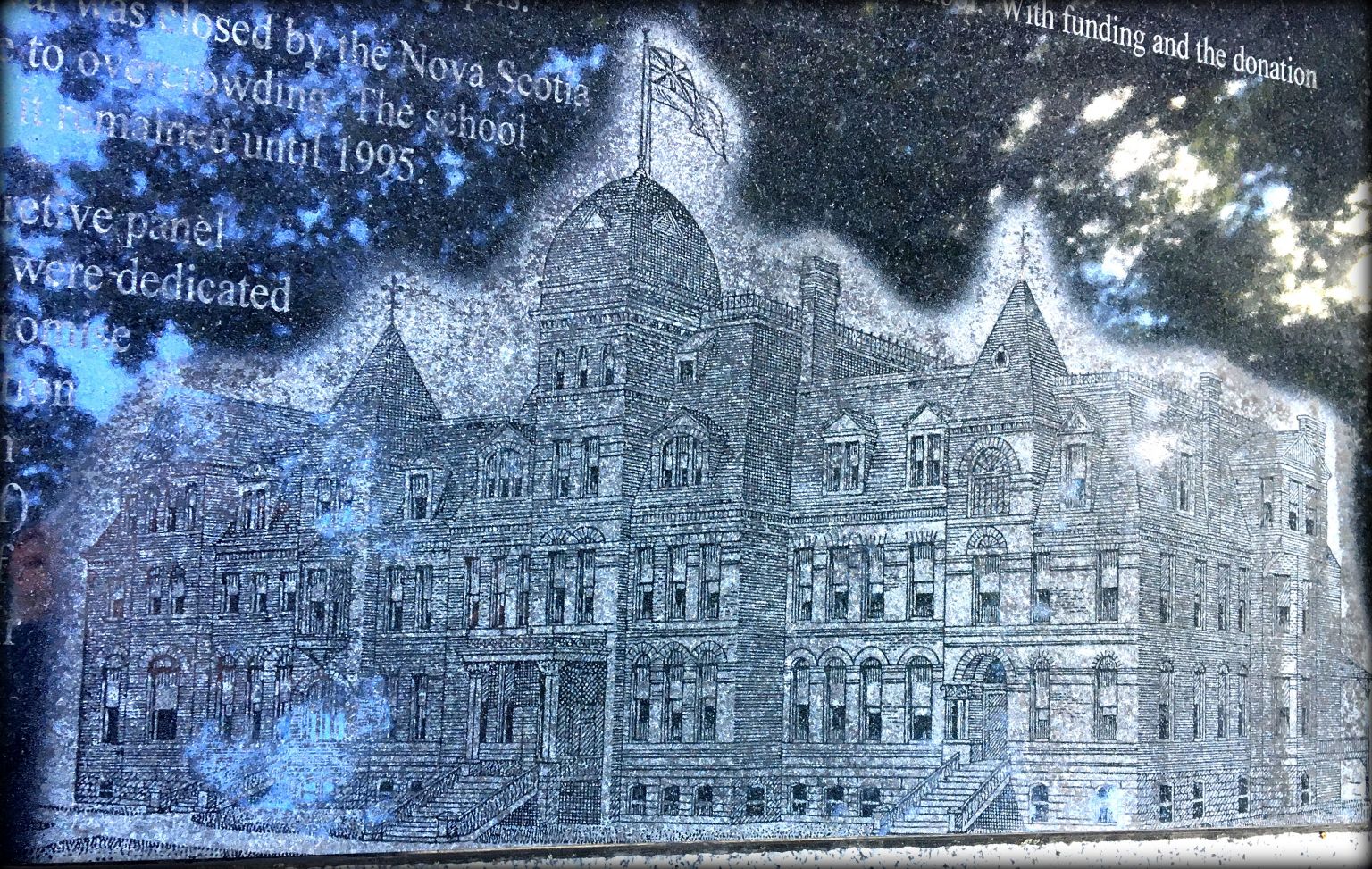 Always read the plaque is the mantra of listeners of the podcast 99% Invisible. This one gave me a new understanding of the empty green space next to Uniacke Square. 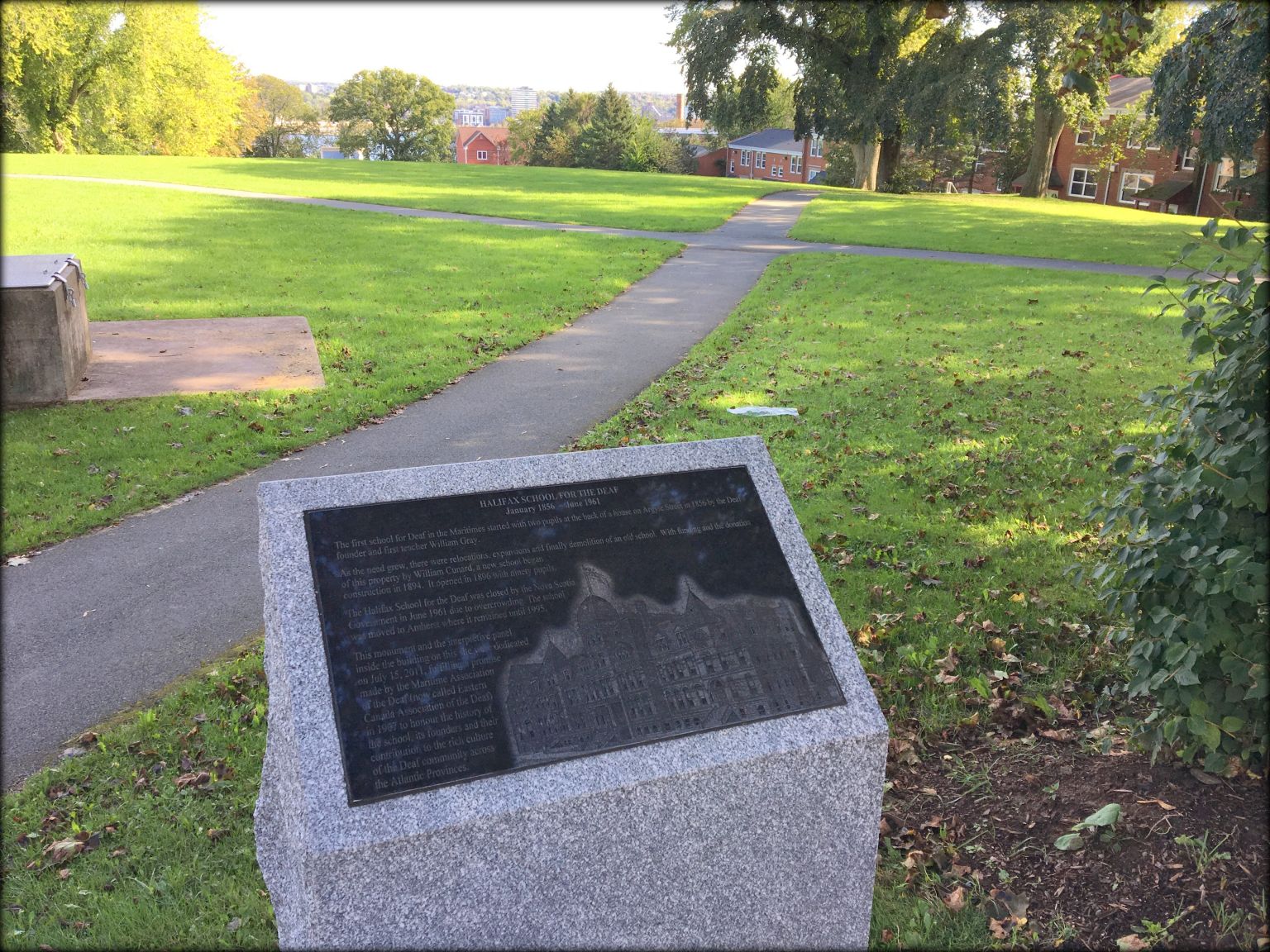 Reading the large steel monolith in front of the North End Library was equally rewarding. The monument is covered with texts selected to capture some of the spirit of the neighbourhood. I was delighted to notice a recipe, with some product placement to unpack. 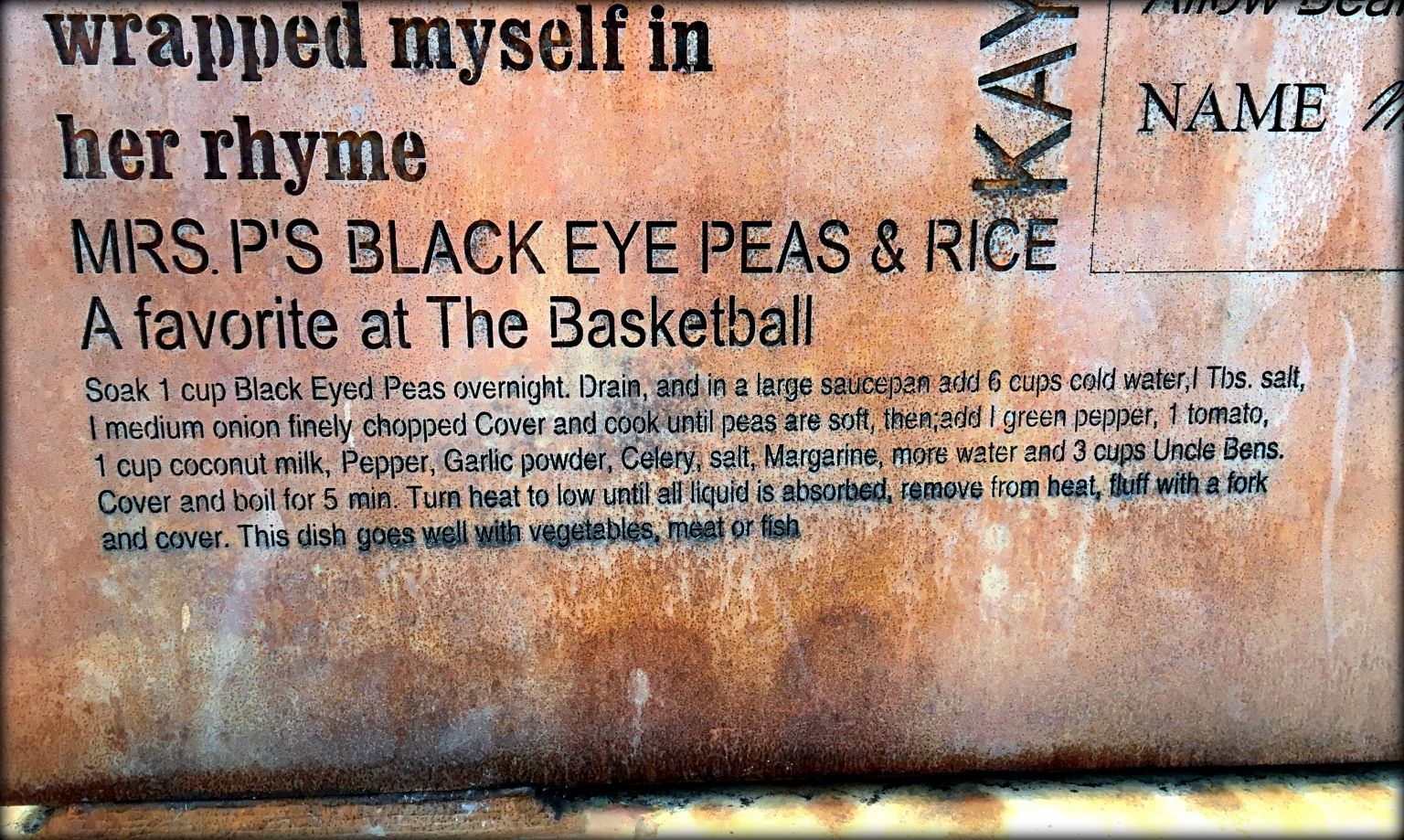 The bronze figures on the monolith always capture my attention, but I don’t notice their companion standing on the roof of the Library. It reminded me of figures we saw a week ago in Italy, on a building designed by Palladio. 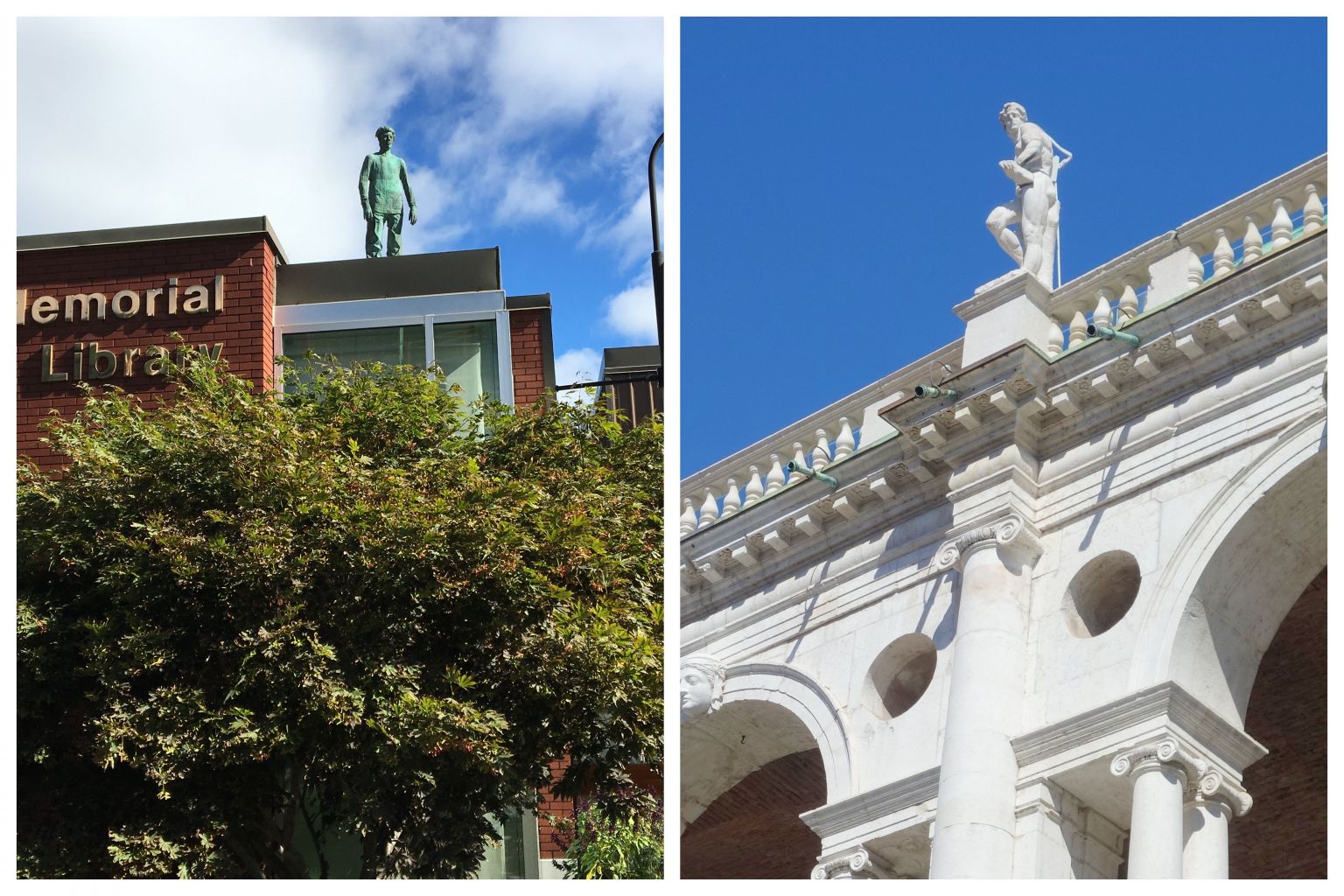 Emerging from the canyon of Brunswick Street I was struck by the improbable greenness and topography of Citadel Hill. What a thing.

It reminded me of the undulating, pastoral landscape we have just experienced in the Austrian state of Vorarlberg. More about that in future blogs. 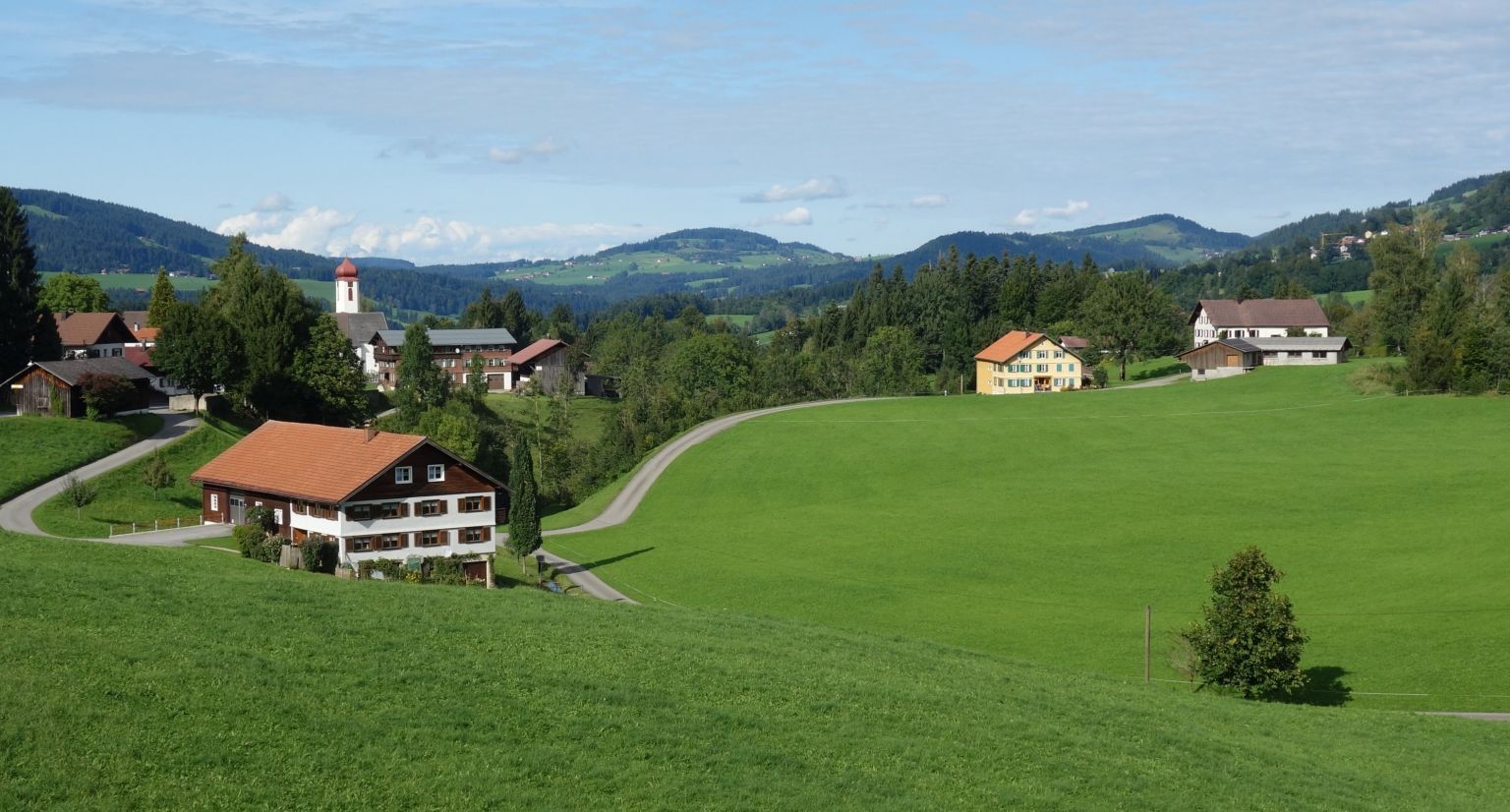 Another construction project that is anticipated with great interest is the redesign of portions of Argyle and Grafton Streets. The new configuration will be so exotic and alien, there should be citizen training courses on how to use the space. 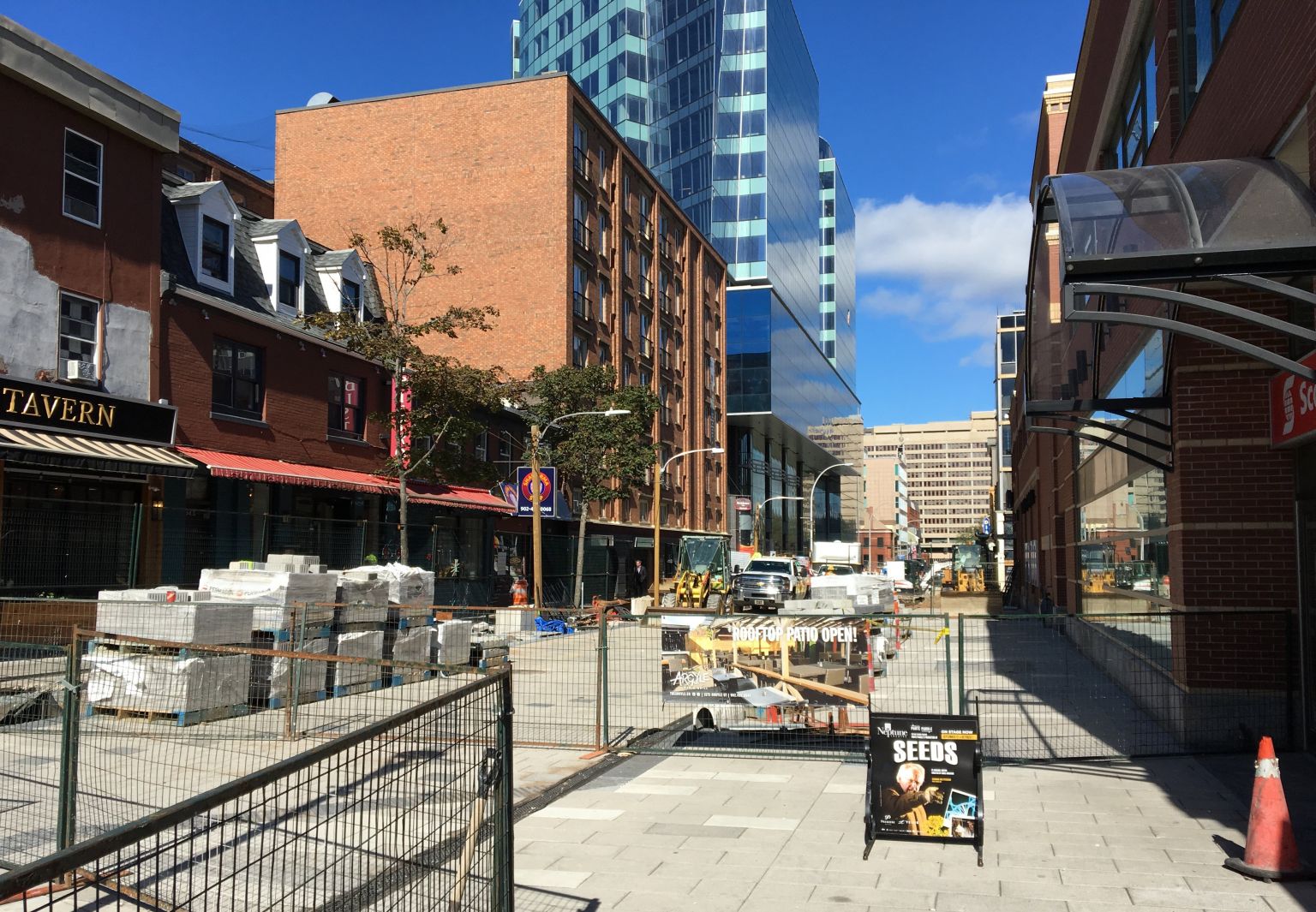 In Austria, we walked on some curb-less streets, and it takes a little getting used to.

The bright colour of the backside of the new building at the corner of Market and Sackville Streets was a pleasant surprise. In the stark Fall sunlight, it was a joyful friend to the old and dreary financial services warehouse in the foreground. 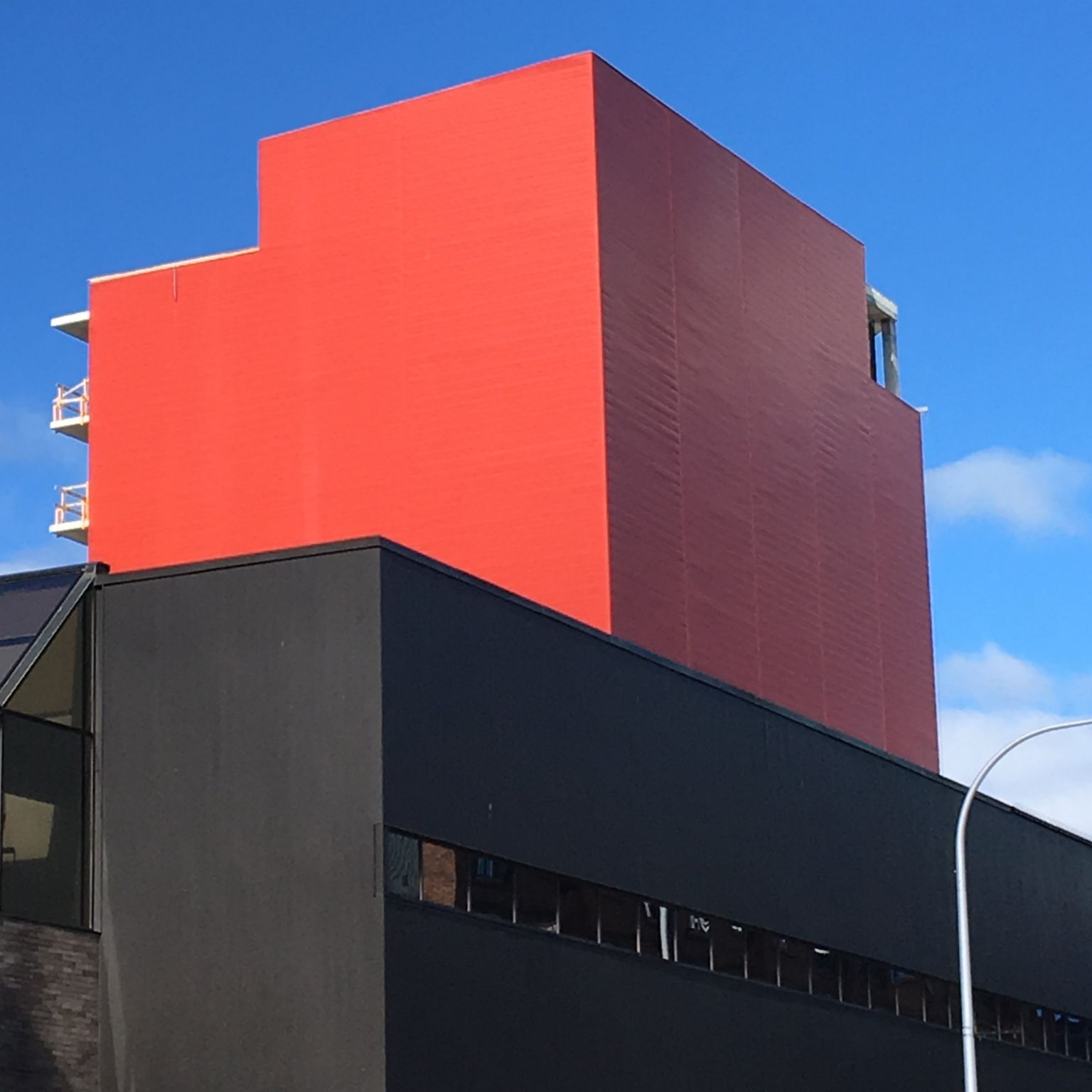 After the long walk, it was a delight to sit on a Public Gardens bench and eat a sandwich, while admiring this wacky dolphin and spitting lions. Could almost imagine I was still in Italy. 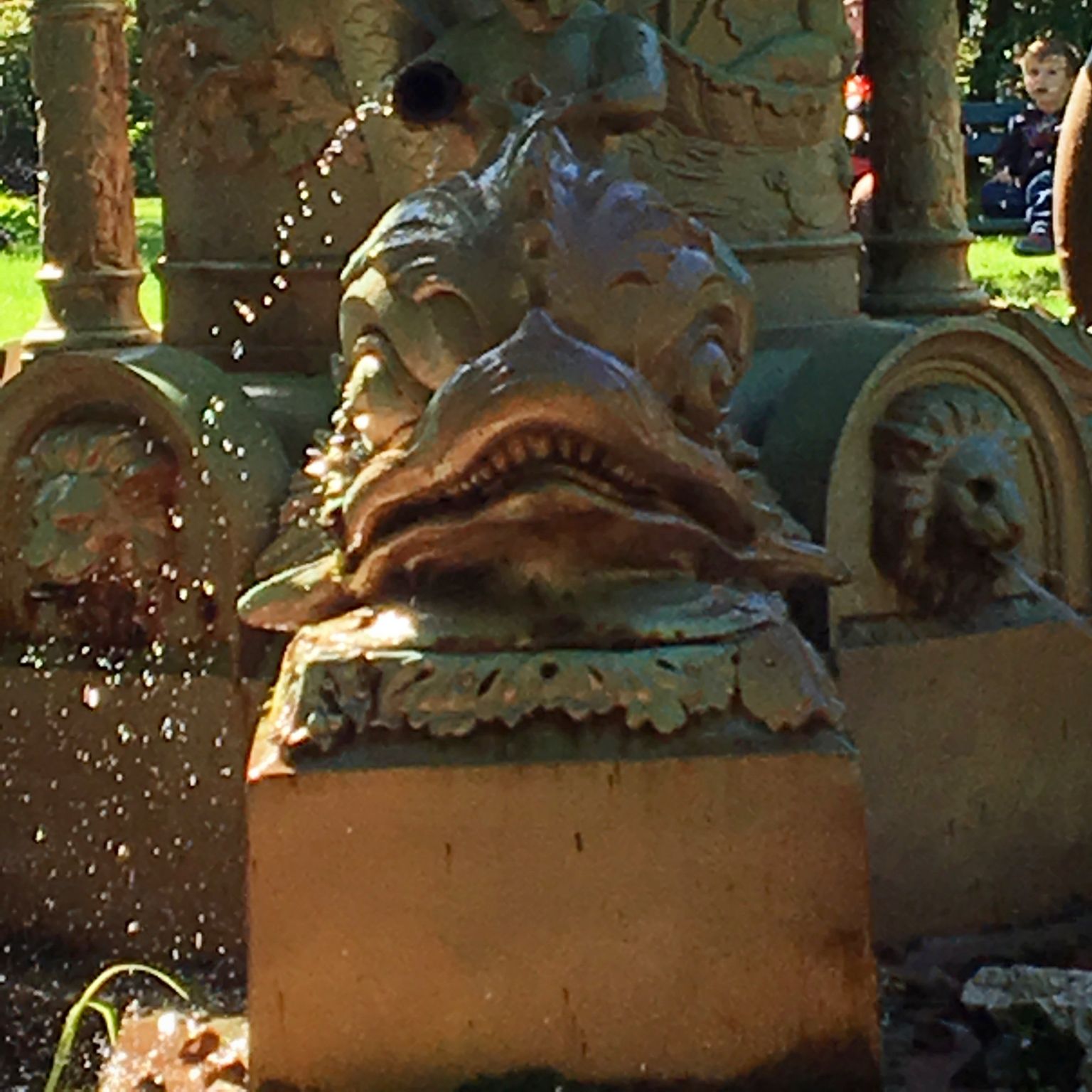 A little Cannabis Centre on Gottingen Street reminded me that folks need to be recording these manifestations. I’m not doing it, and they won’t last long. 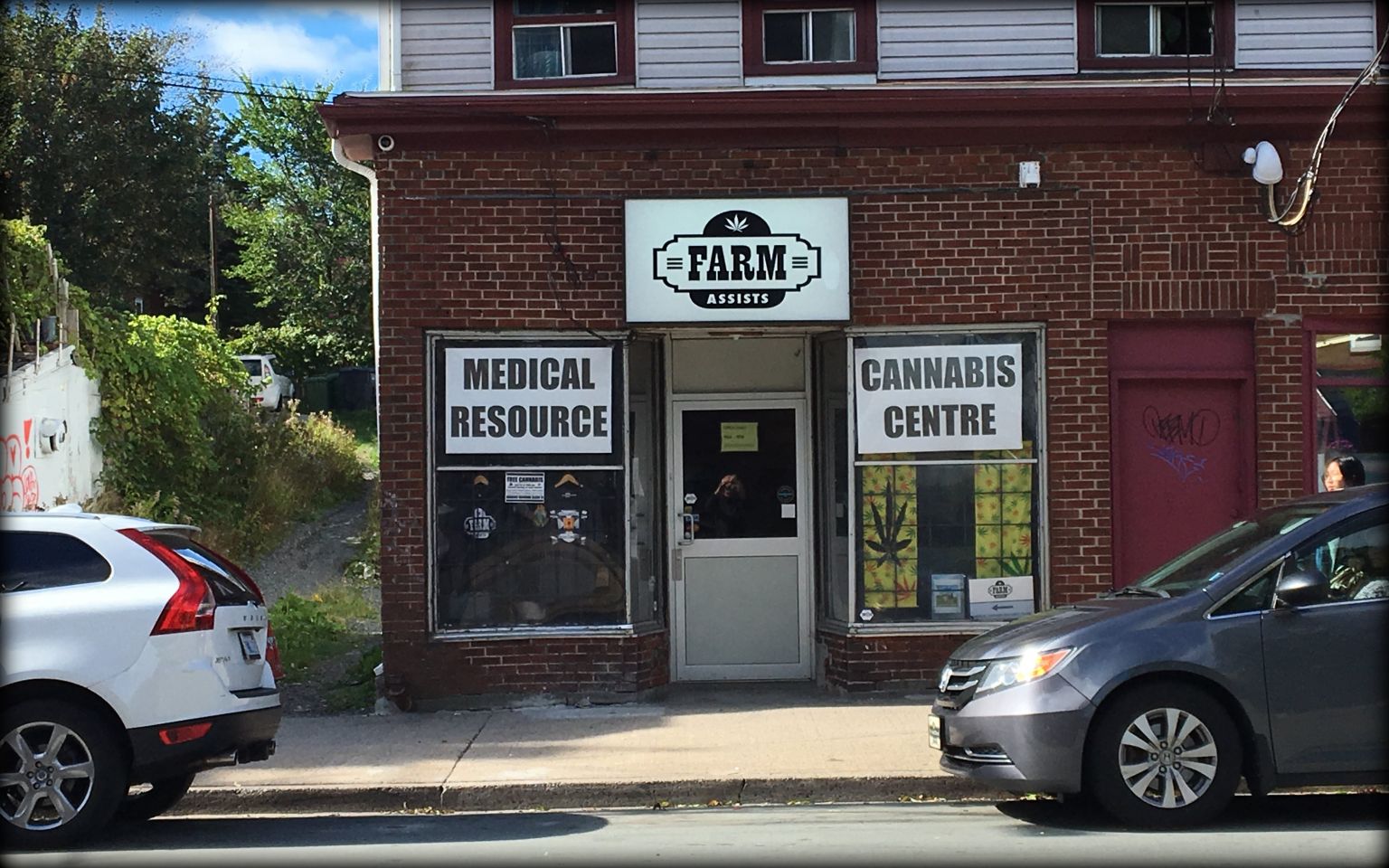