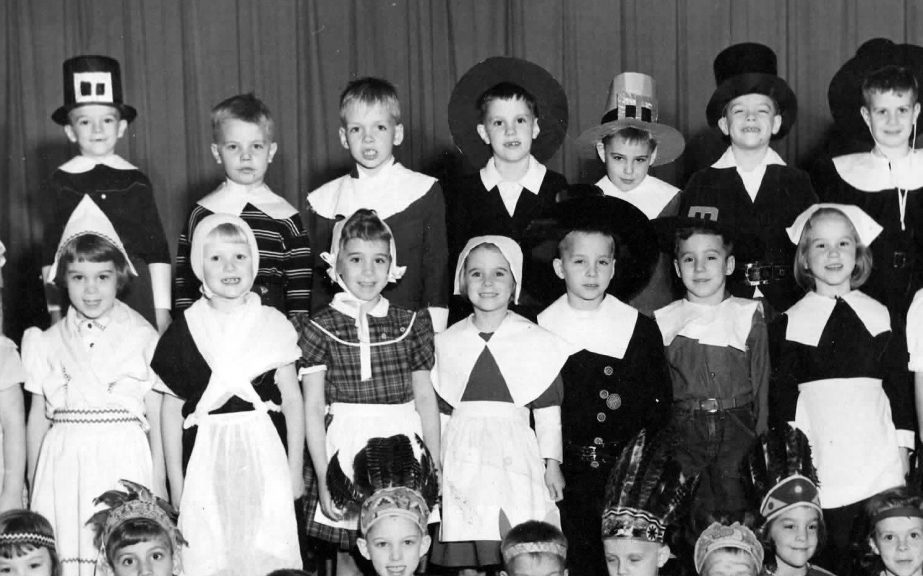 Charlottesville fills the news, another sorry tale involving the statue of a dead white man. The community has special meaning for me, because it is almost the only place I have lived except Halifax. Here are my few memories of this small city, set in a beautiful Virginia landscape.

My father did his PhD in physics at the University of Virginia in Charlottesville, and in the 1953-54 school year he returned on a sabbatical leave from Dalhousie. I was six, and attended grade one. The first day in school I learned they said zee for the letter zed.

Here is my class dressed up for a Thanksgiving pageant. I’m in the centre of the back row with my pilgrim hat on the back of my head. The class bully, upper left, was typecast as the bad King of England, who drove us peace-loving, freedom-seeking folk to America. Arriving clueless in the wilderness, we were helped by the generous Indians in the front row. Quite a lot to unpack? 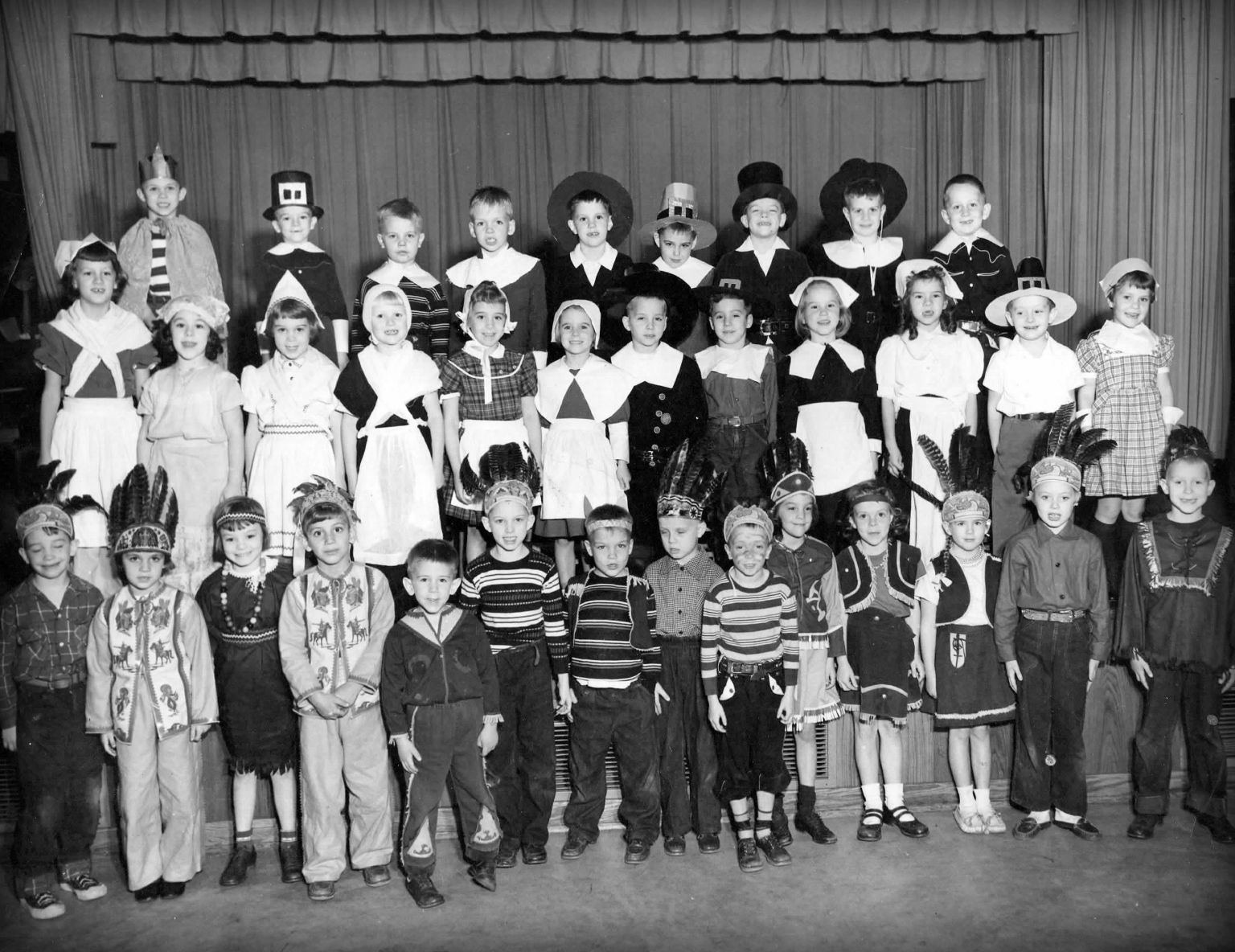 Notice that we are uniformly white? That would be because schools in Virginia were “separate but equal”; in other words, segregated. Brown vs the Board of Education, the Supreme Court decision that desegregated schools in the south, was handed down six months after our little Thanksgiving charade.

I realize now that my young classmates would have experienced years of turmoil as the Virginia government tried various schemes to fight integration. In 1956, Charlottesville closed its schools for whites, rather than have them accept black students.

I was oblivious to these issues. I do have memories of the beautiful University campus, designed by Thomas Jefferson. Here we are dressed up; on our way to church? 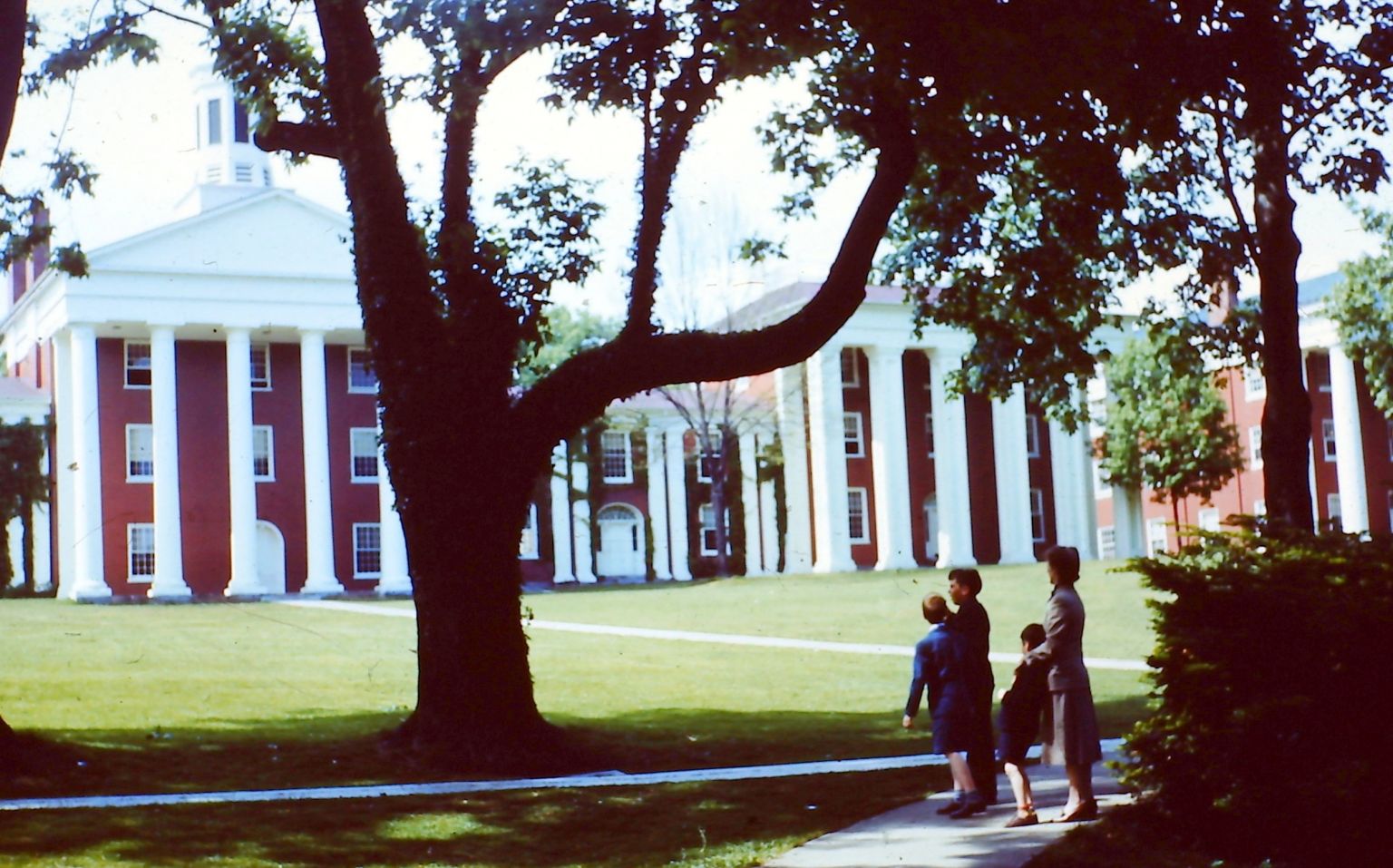 I’m very fond of this snapshot of me in front of our little rented duplex, with my father, taking the picture, reflected in the window. Very Diane Arbus, don’t you think? 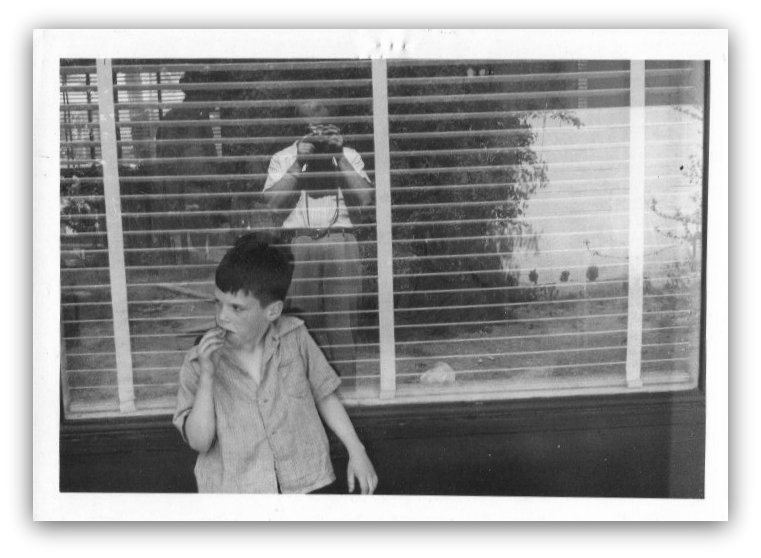 On a swing beside the house with my mother and middle brother. It’s hard to imagine that this innocent child remembered anything so long ago. 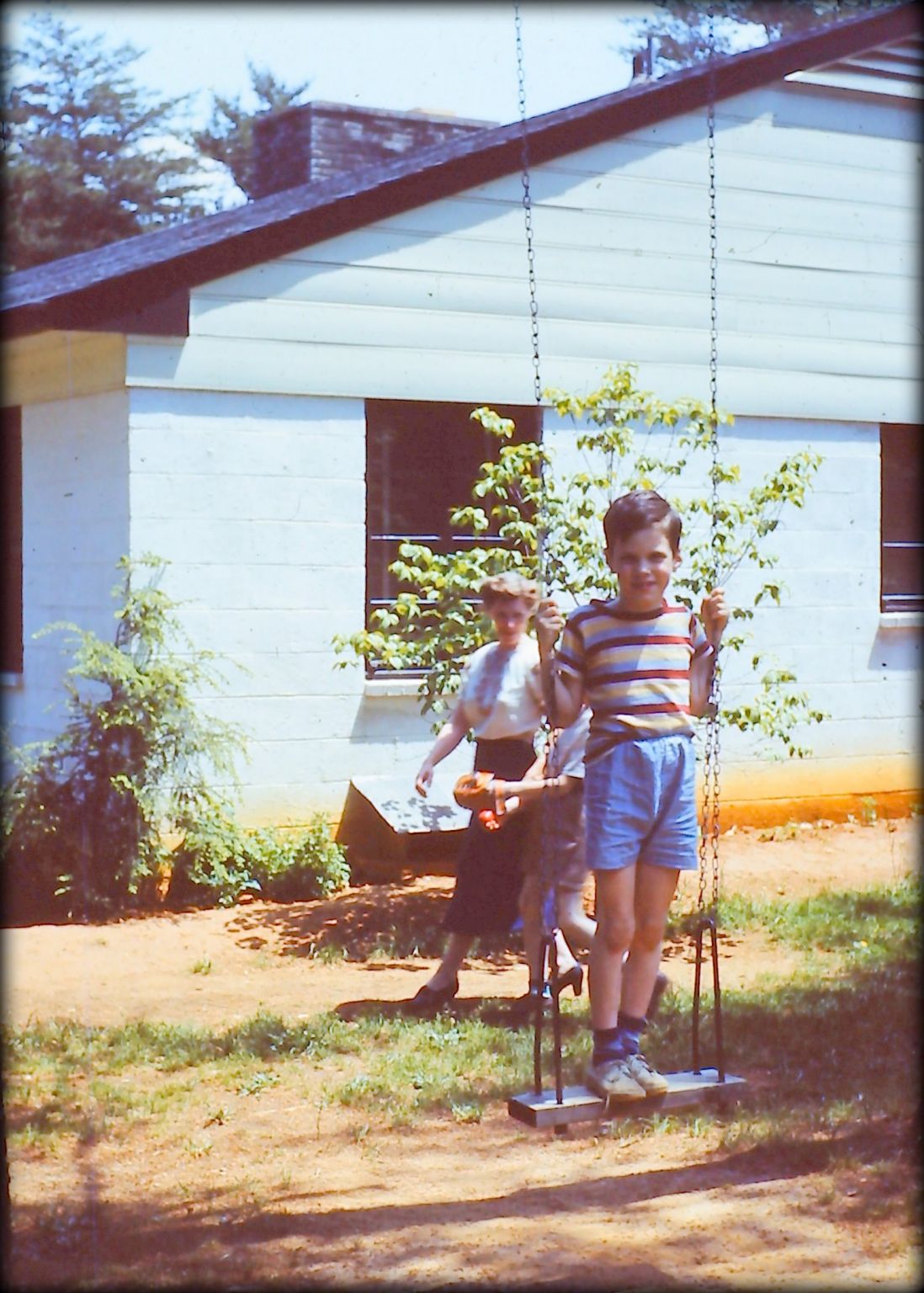 In 2009 we visited a cousin who lives in nearby Richmond, Virginia, and stopped in Charlottesville for an afternoon. Our house was still there (left unit), just as featureless as it was back in the day. 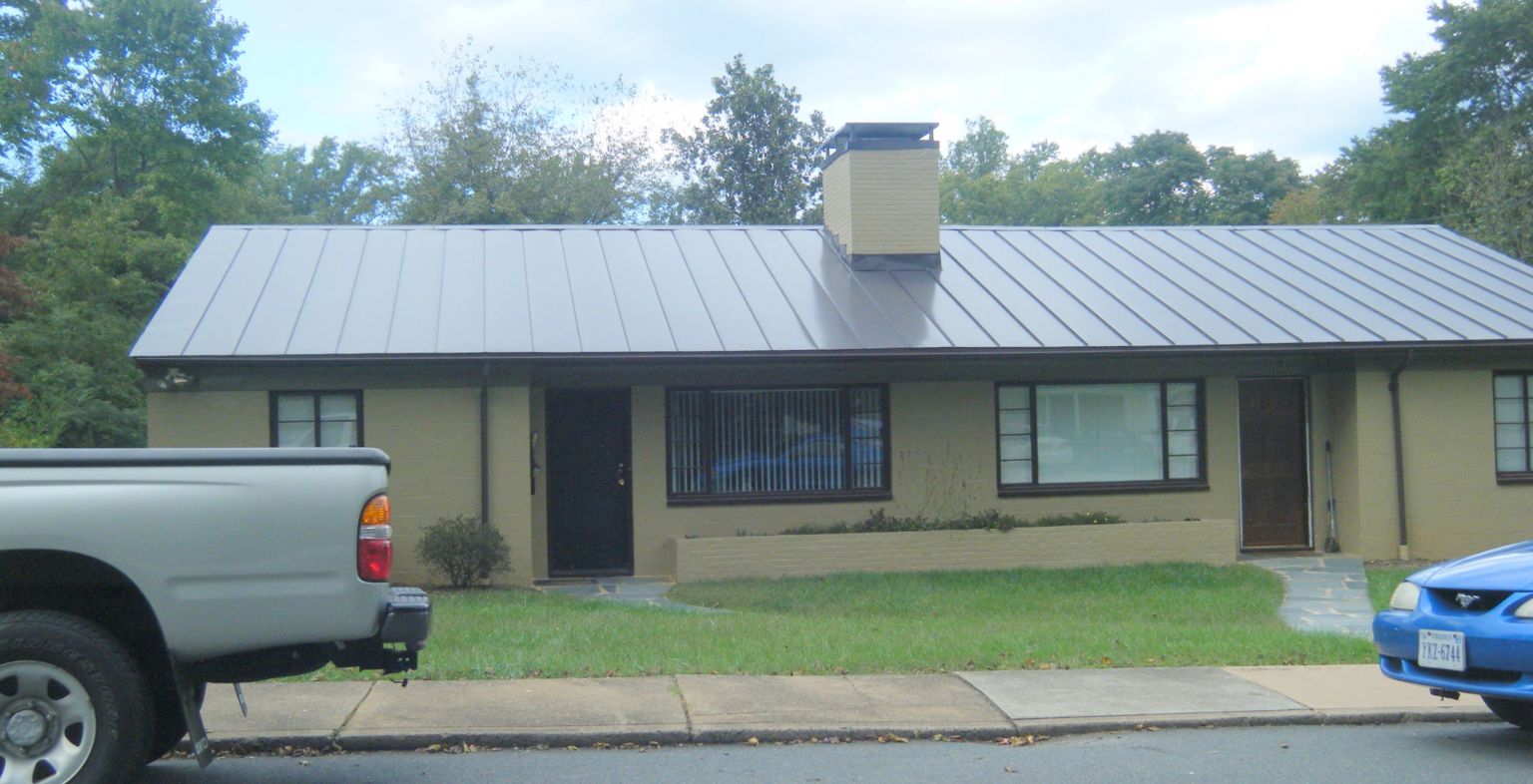 On the other hand, the buildings that Jefferson designed for the university are still sublime, and now a UNESCO World Heritage site. 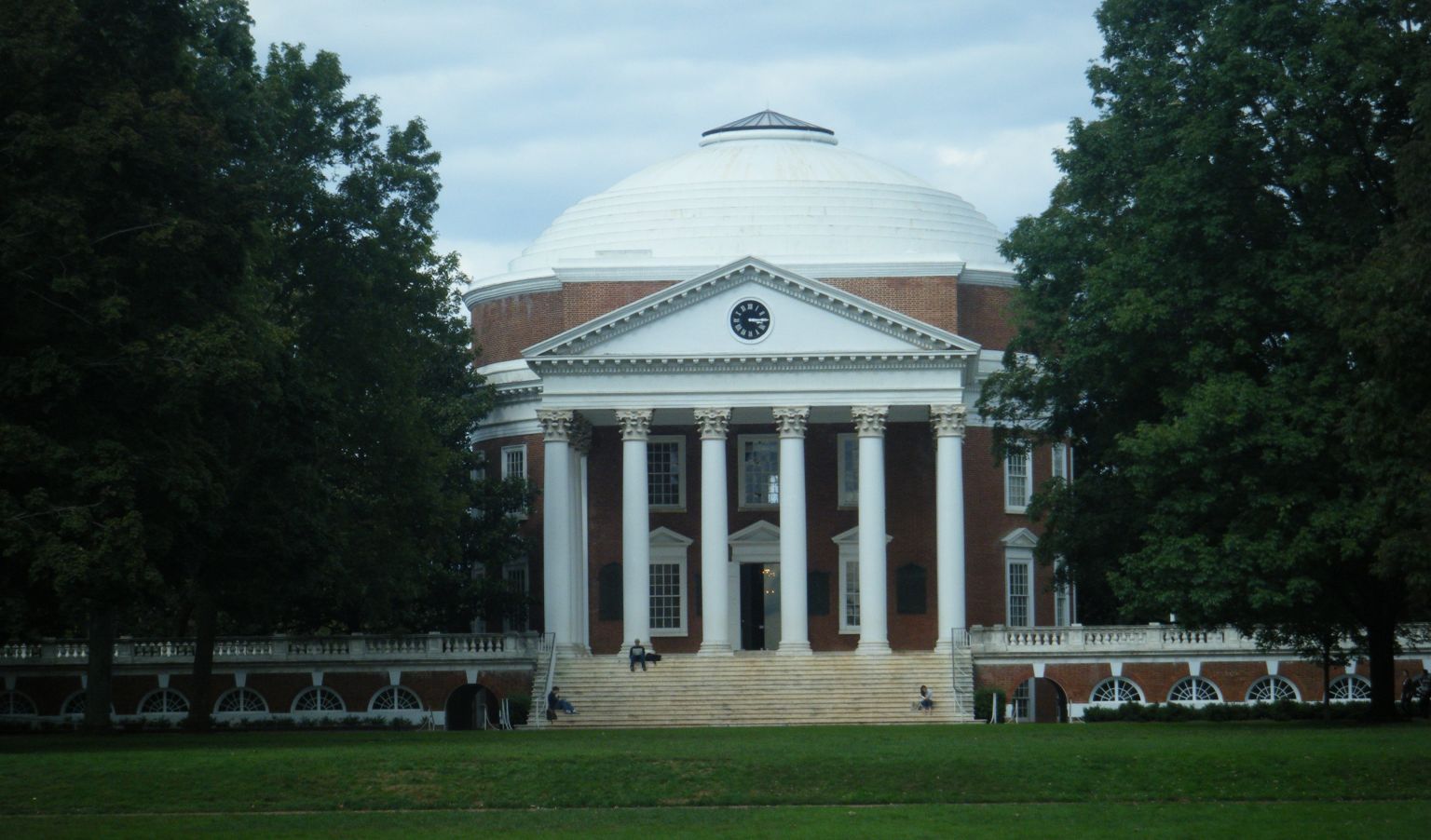 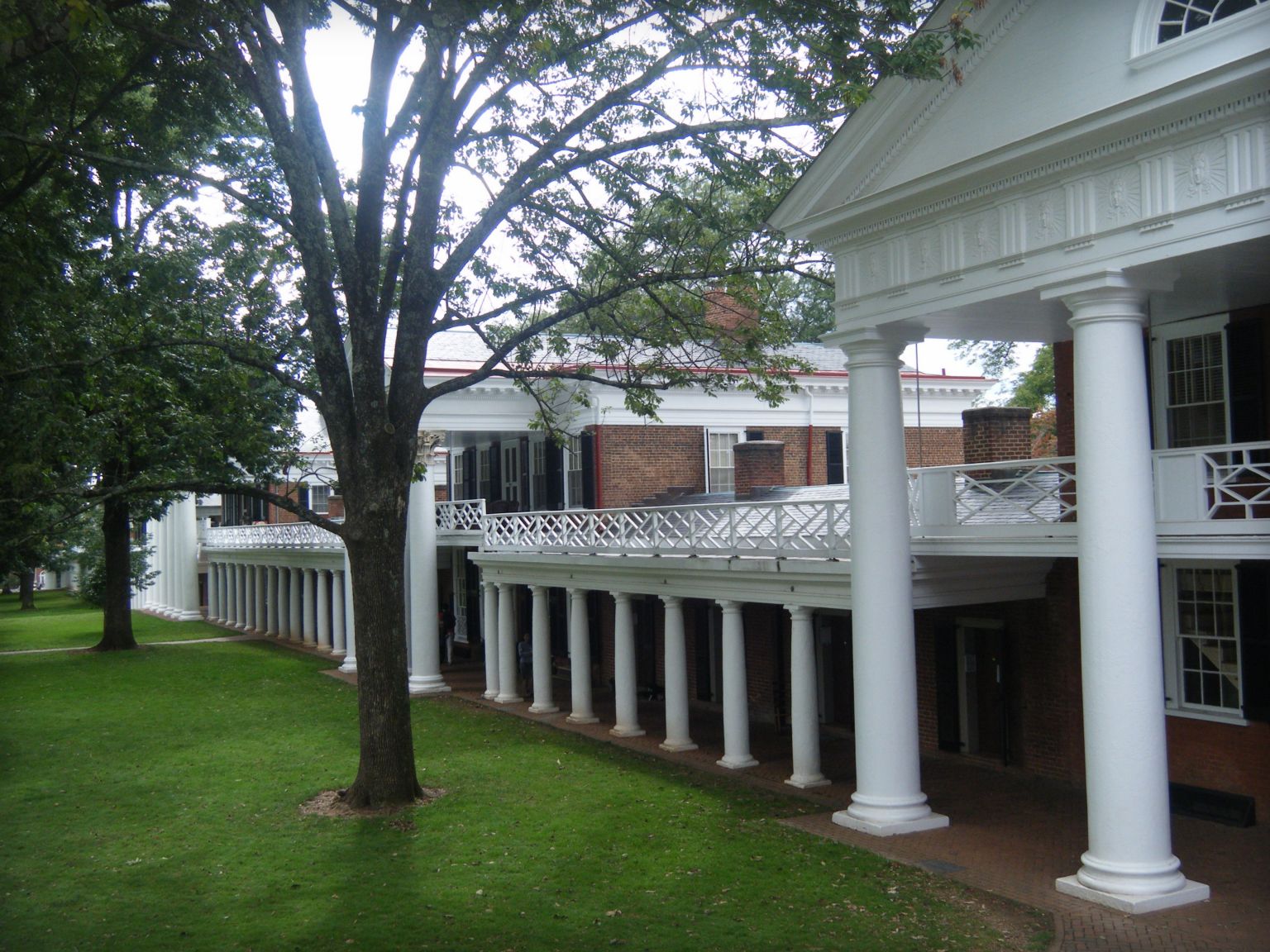 I didn’t really recall the downtown of the 1950s, and in 2009, like many communities, it felt hollowed out. All the videos I’ve watched of the demonstrations don’t trigger any memories of the place.

The only photo I took in the business district shows my enduring interest in how things are named. We had an ice cream, probably in a cake cone. Better times in Charlottesville. 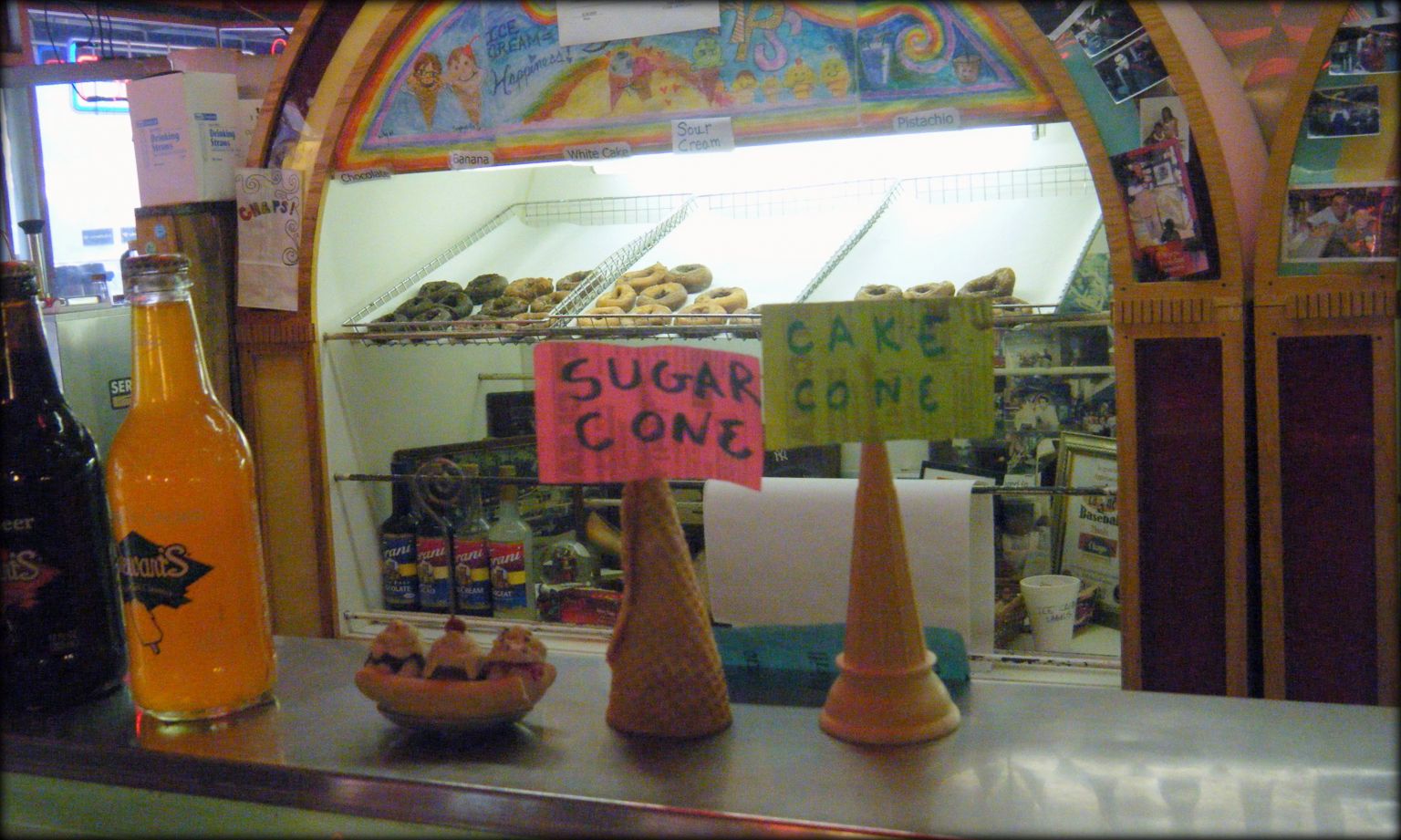 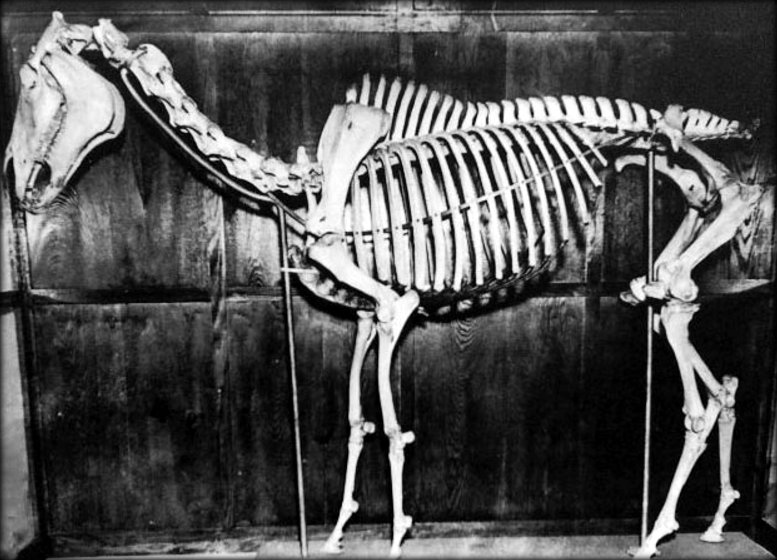 I just learned that in the 1970s the skeleton was buried near Lee. Let’s keep it that way.