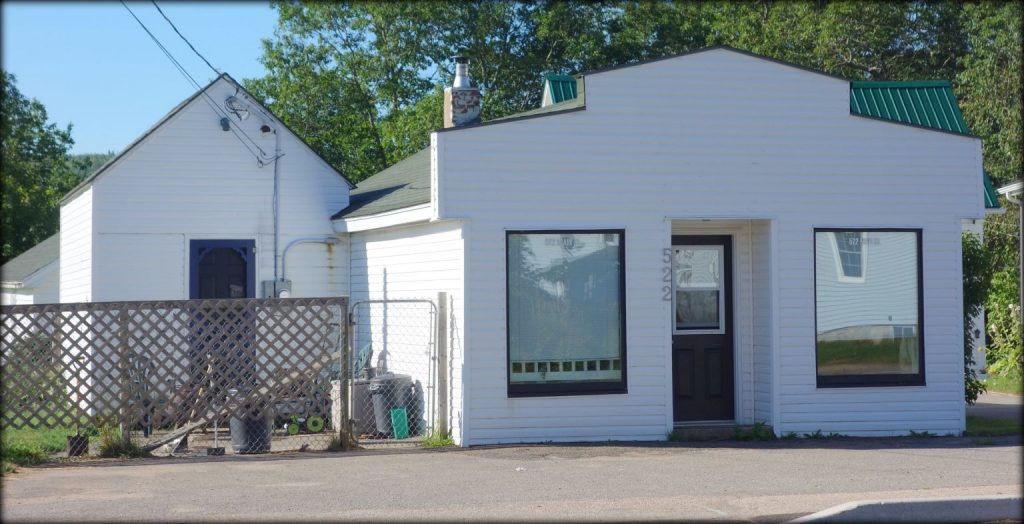 There are a number of mid-Annapolis Valley villages and towns that we tend to drive by, and if we happen to drive through, they just get a passing glance. Lawrencetown is a good example. Even when we had a summer cottage nearby, Lawrencetown was a destination only for the County Exhibition held every August.

So recently, when Sheila was attending the Small Farm Expo in the village, I decide to come along to see what there was to notice. The Expo took place on the Exhibition grounds that felt like I remembered them from 60+ years ago.

Some details that caught my attention: robust letters on the demonstration building sign. 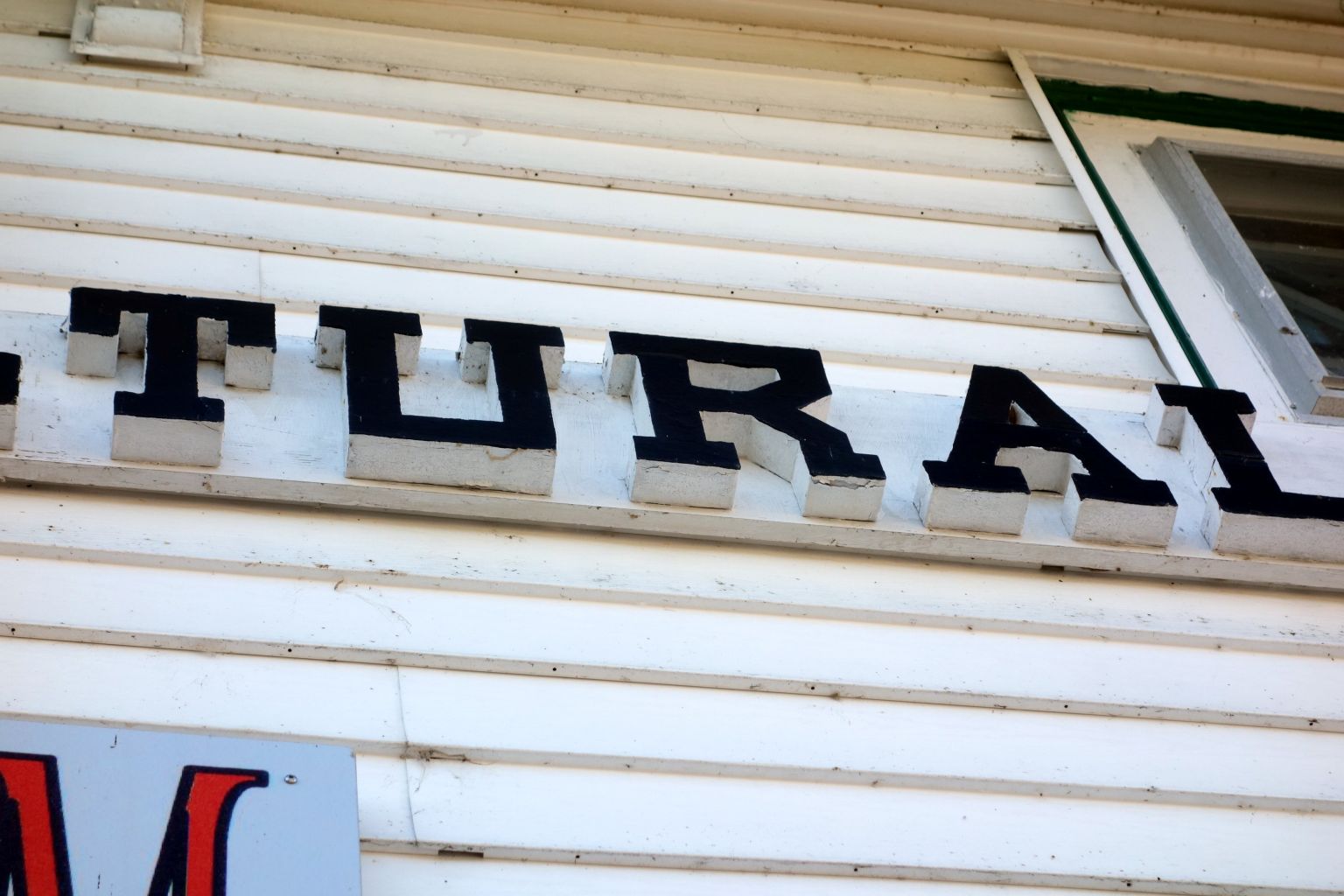 Tidy signage on the exhibition buildings. 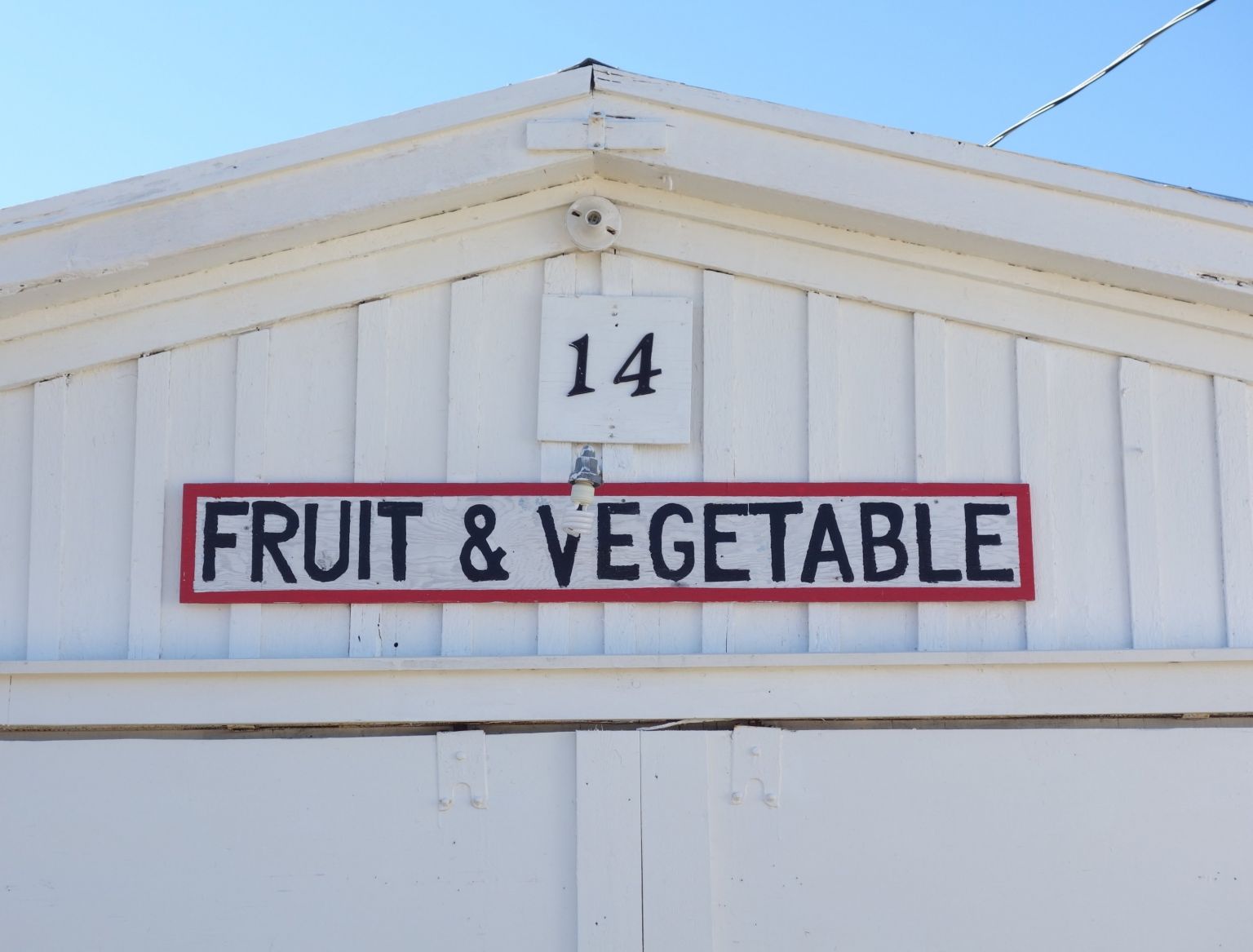 Some old asphalt siding in my favourite brick pattern, with spirited trim painting . 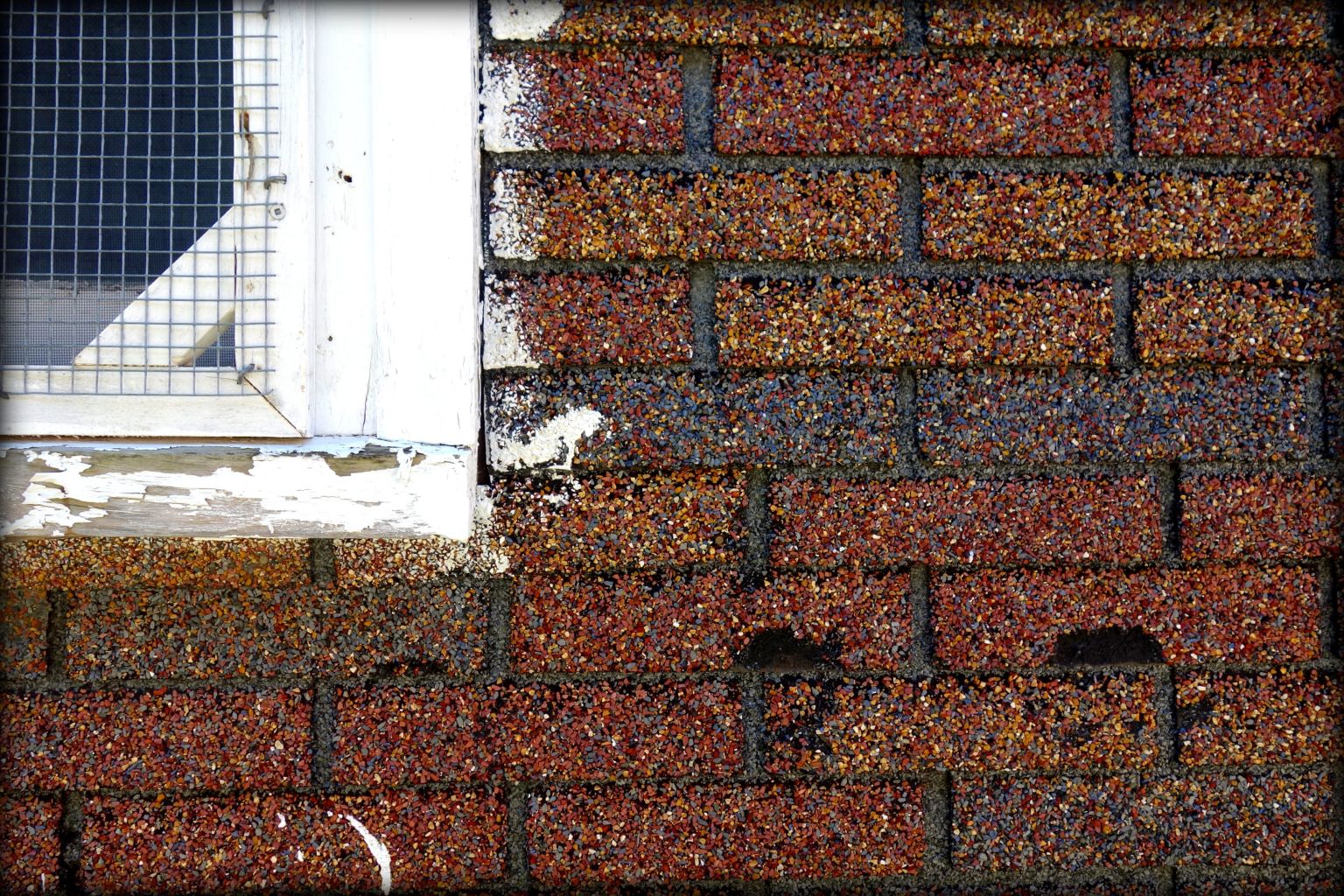 These climbing spikes used to be a standard feature on utility poles. Made redundant by bucket trucks. 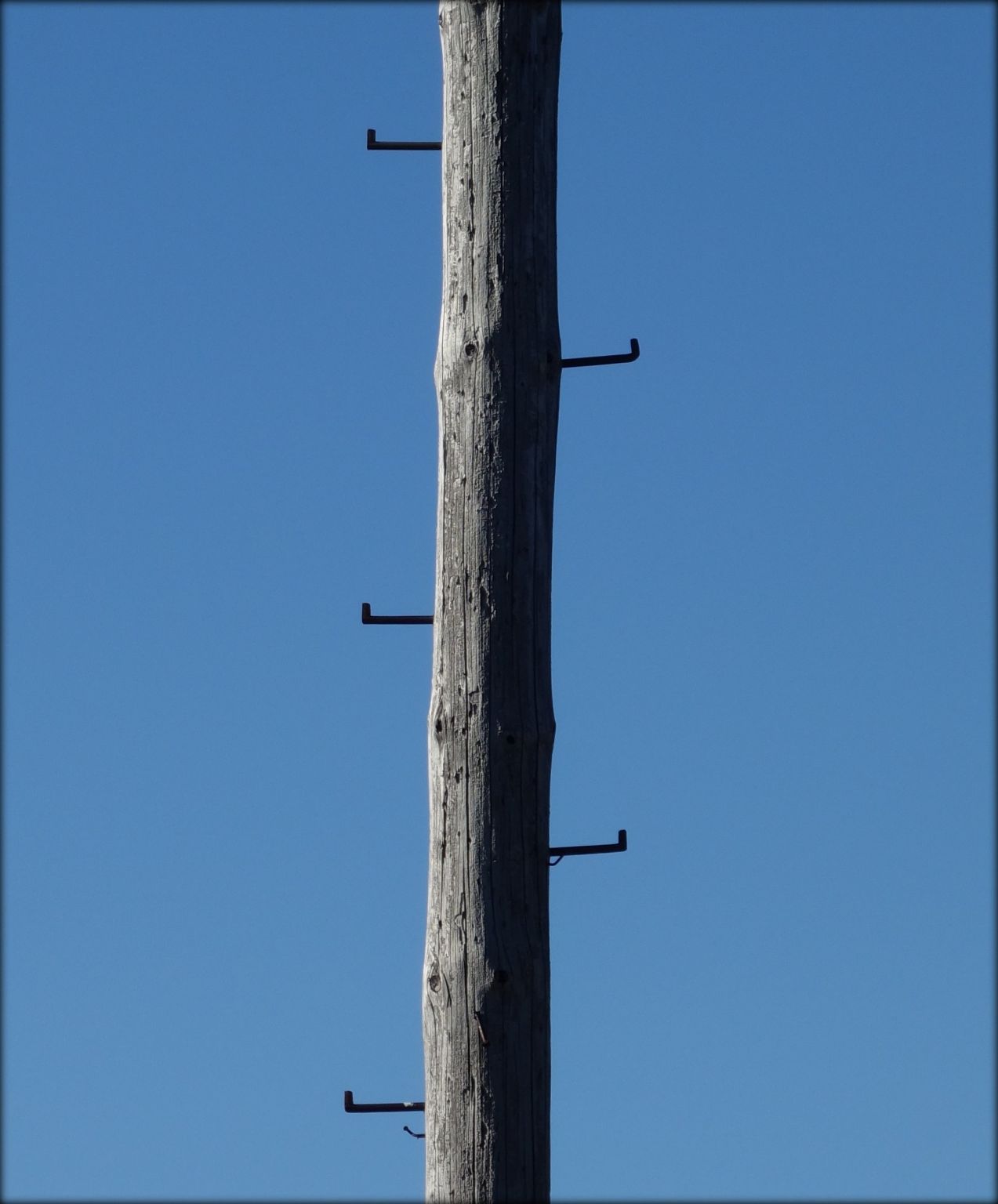 Then I left the fair grounds and wandered around town. In this part of the valley, communities are next to crossings of the Annapolis River. Lawrencetown is well above the traditional head of tide and the banks are beautifully treed. 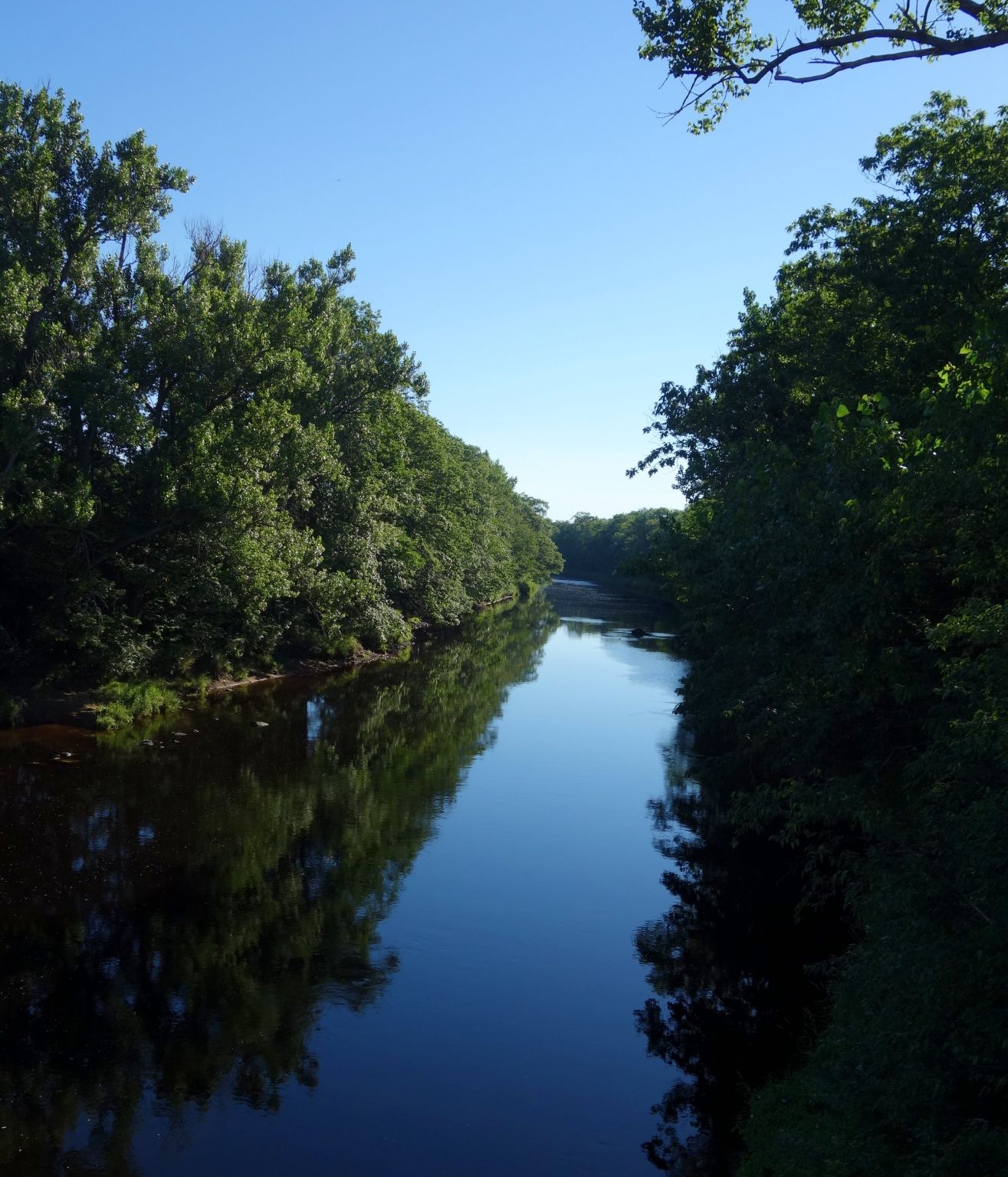 These days, the outside world knows Lawrencetown as the home of the Centre of Geographic Sciences (COGS), a branch of the Community College System. In the recent past, graduates were almost guaranteed a well-paying job. There were many apartment for rent signs, which I assume are aimed at students. 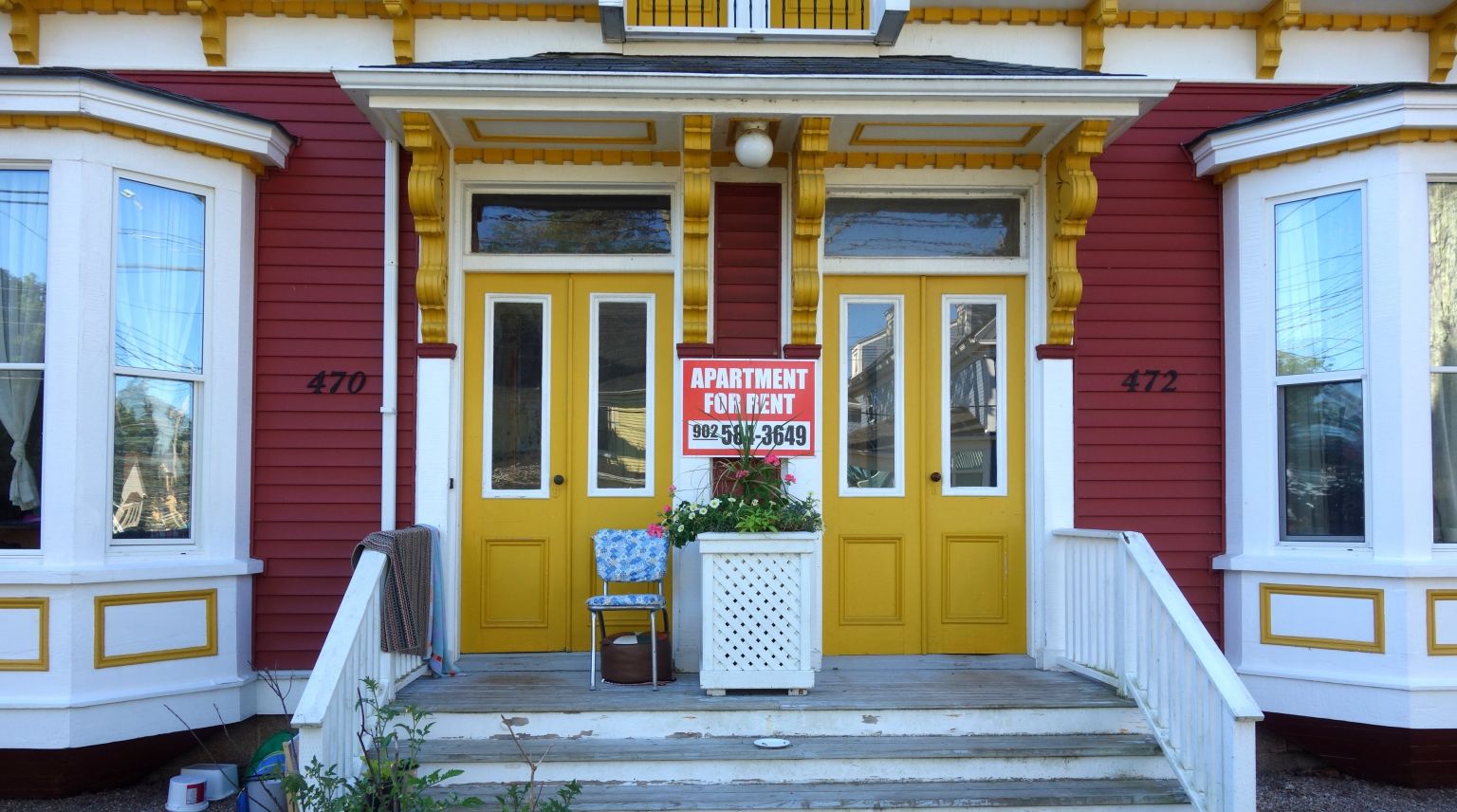 Several former commercial buildings have been converted to apartments. 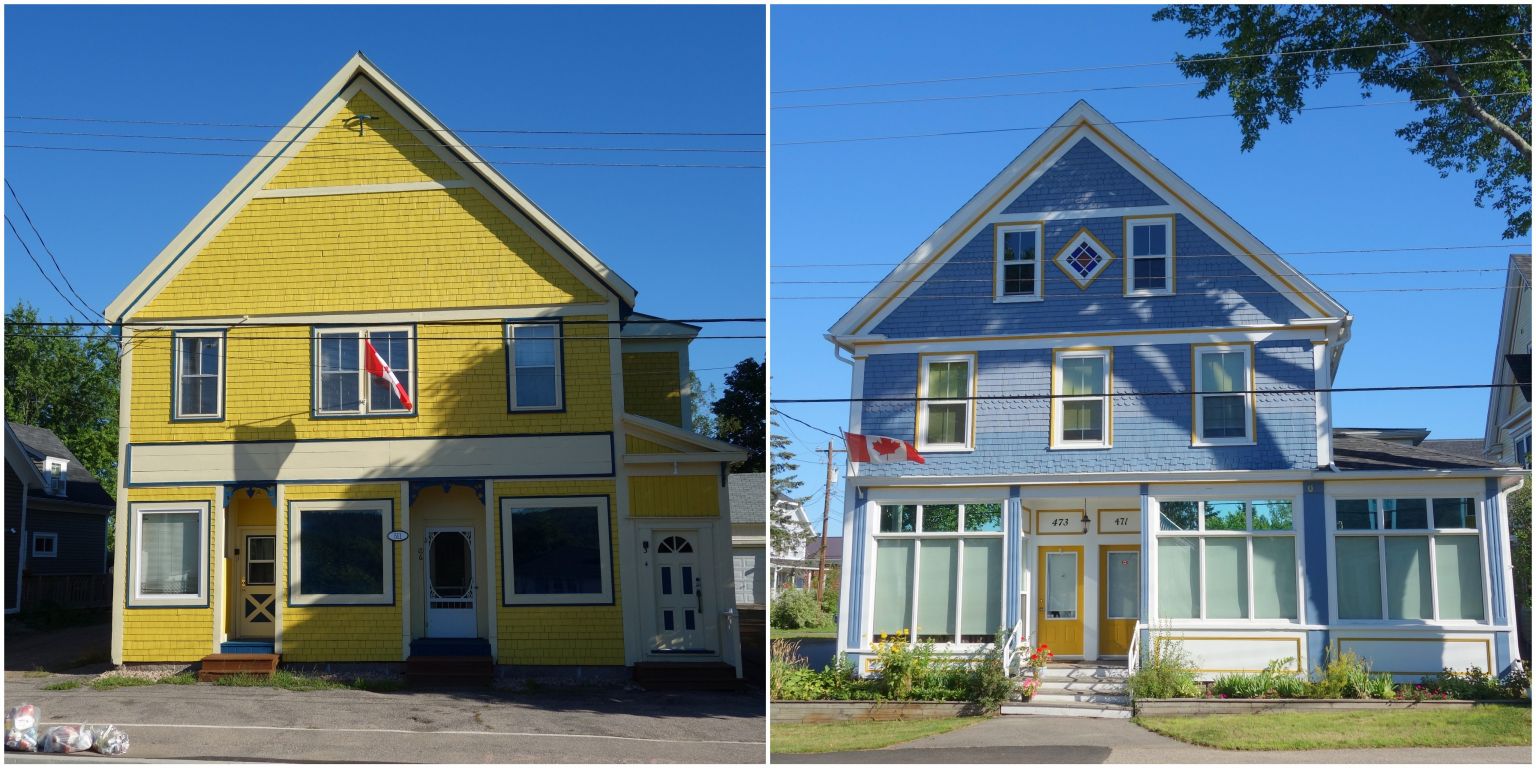 I liked this pair of houses with asymmetric entrances. On the house to the right, the entrance bay is probably an addition to an older building (in the 1870s?). 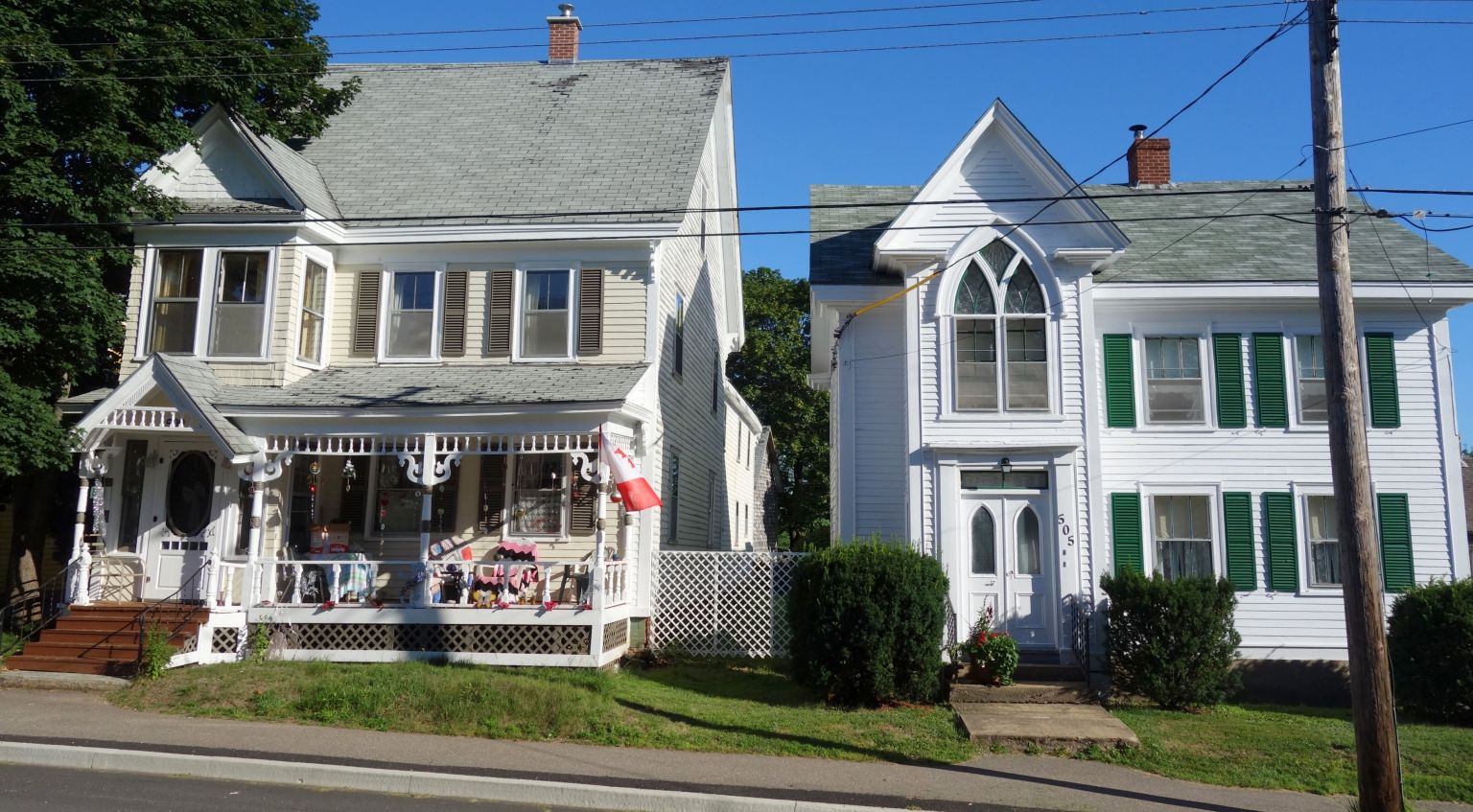 I sought out a building that has fascinated me over the decades. Today it doesn’t look too interesting. 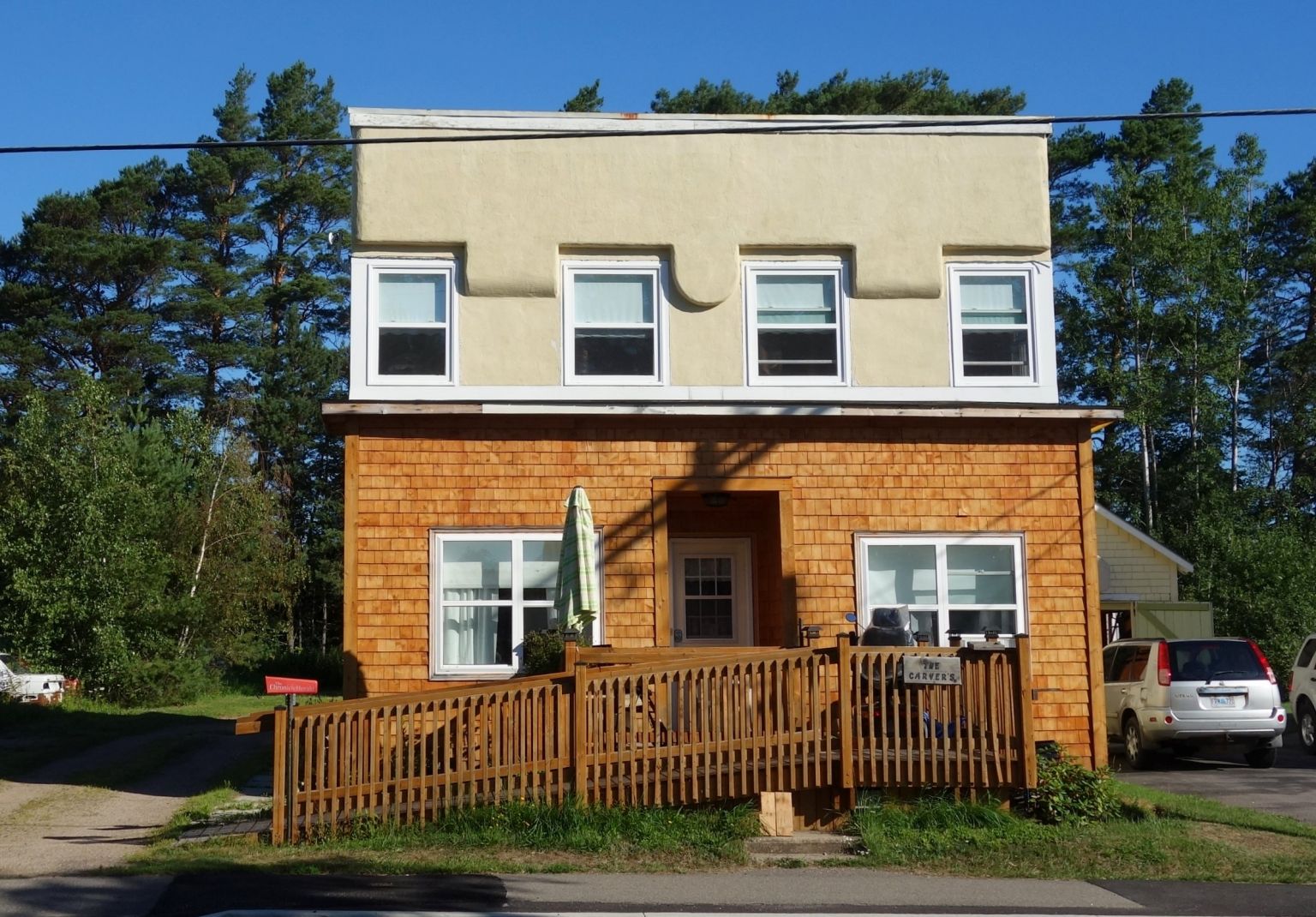 But when I took this photo about 20 years ago the building was totally concrete or stucco and the front rooms had curved walls. Originally those rooms had a continuous band of windows, with curved glass at the corners. 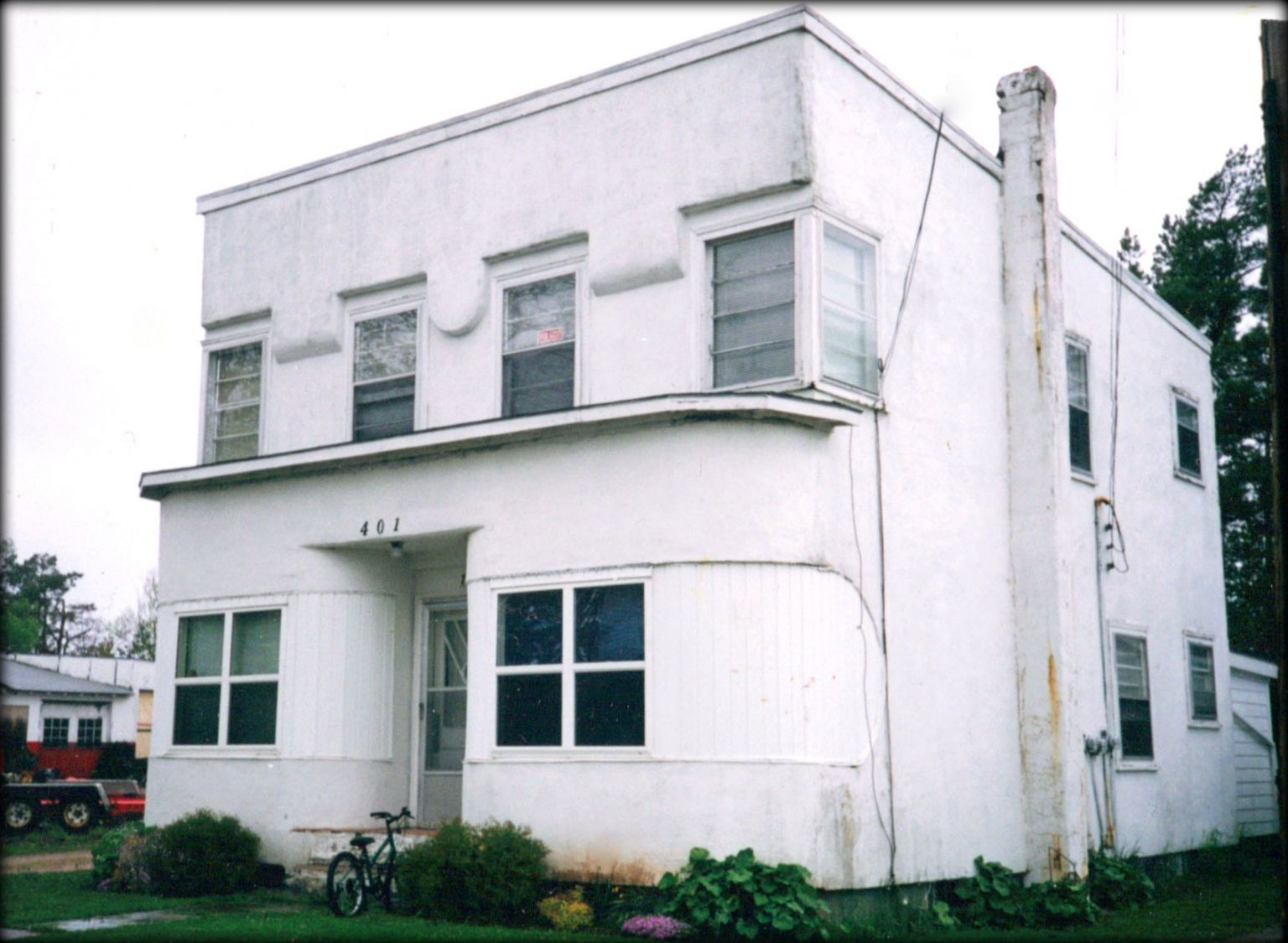 And of course I’m always  drawn to a house with “authentic character.” 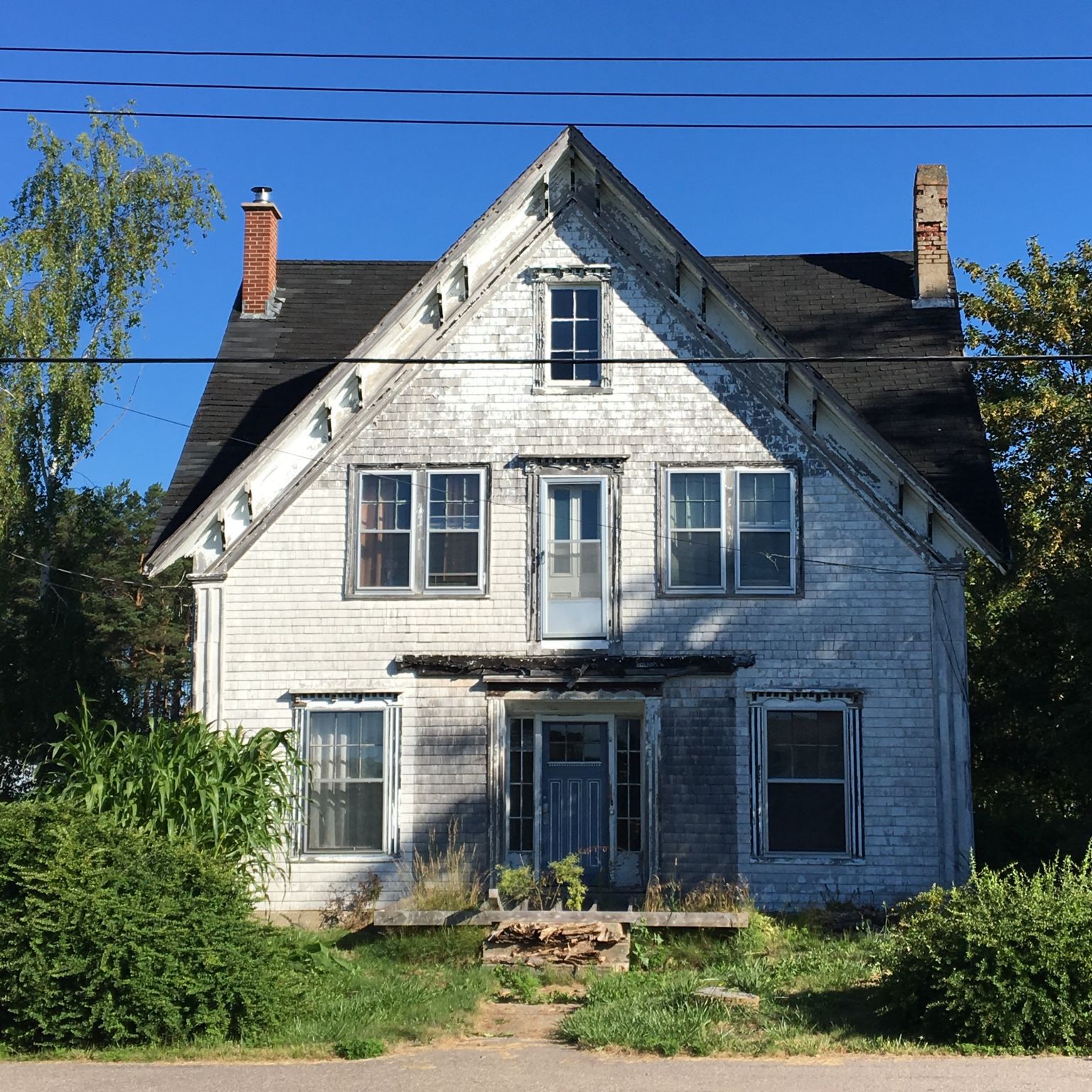 There is a timeless quality to the village summed up by a tableau at the garage: a classic phone booth, in the shape of a phone, and the Christmas in July sign. 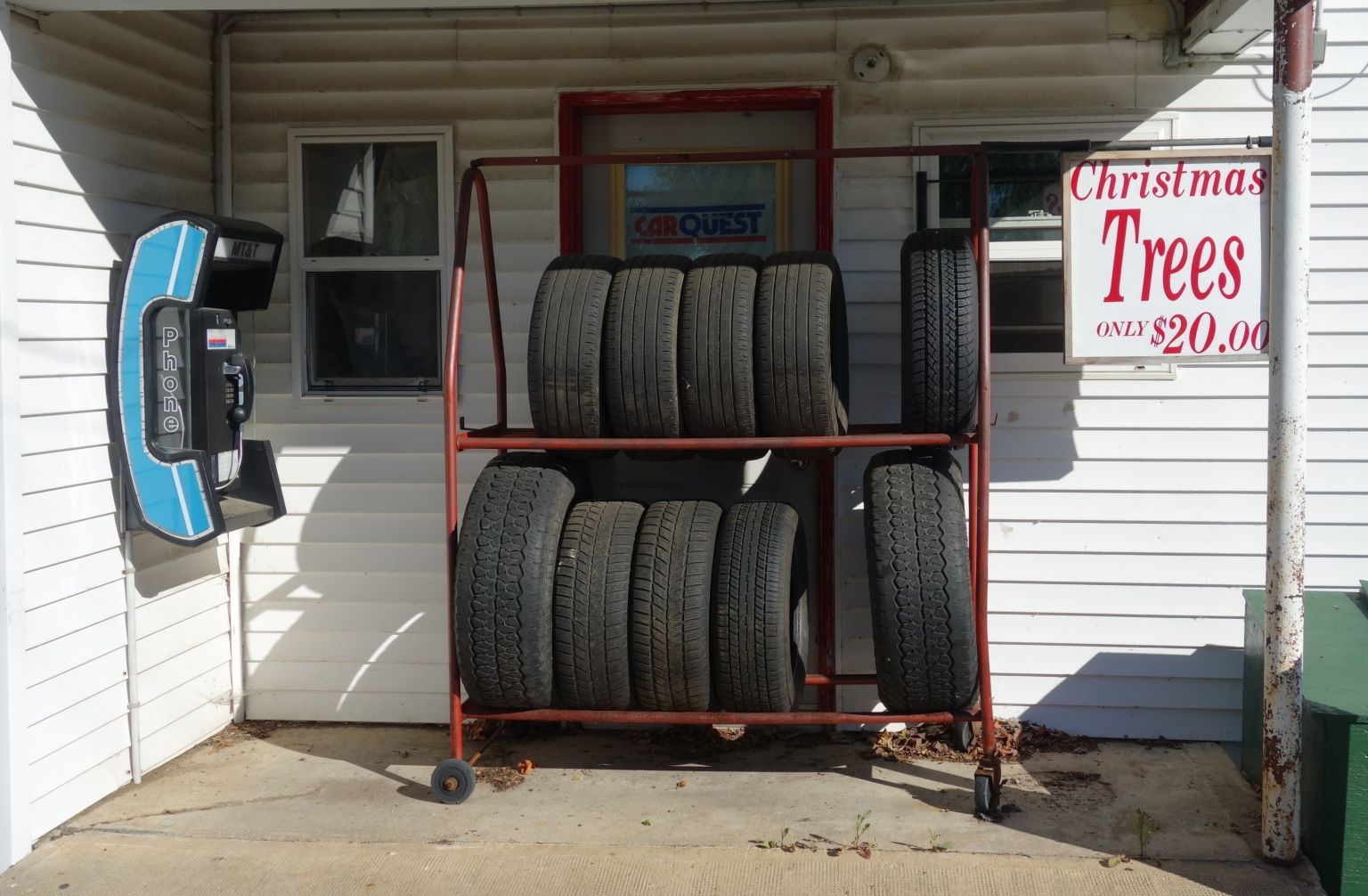 Old Route One is the main street of most of the valley towns. In my youth, at the outskirts of Lawrencetown you were greeted by a sign that read “Beautiful Elms and Dangerous Curves.” As a child I found this confusing. Dutch elm disease destroyed all the elms long ago. I guess the curves are still there.

An elegant freight shed is a reminder that this part of the valley was once served by two rail lines.

Several of the church buildings appear to be no longer used as churches. This c1840 Anglican(?) is a treasure. 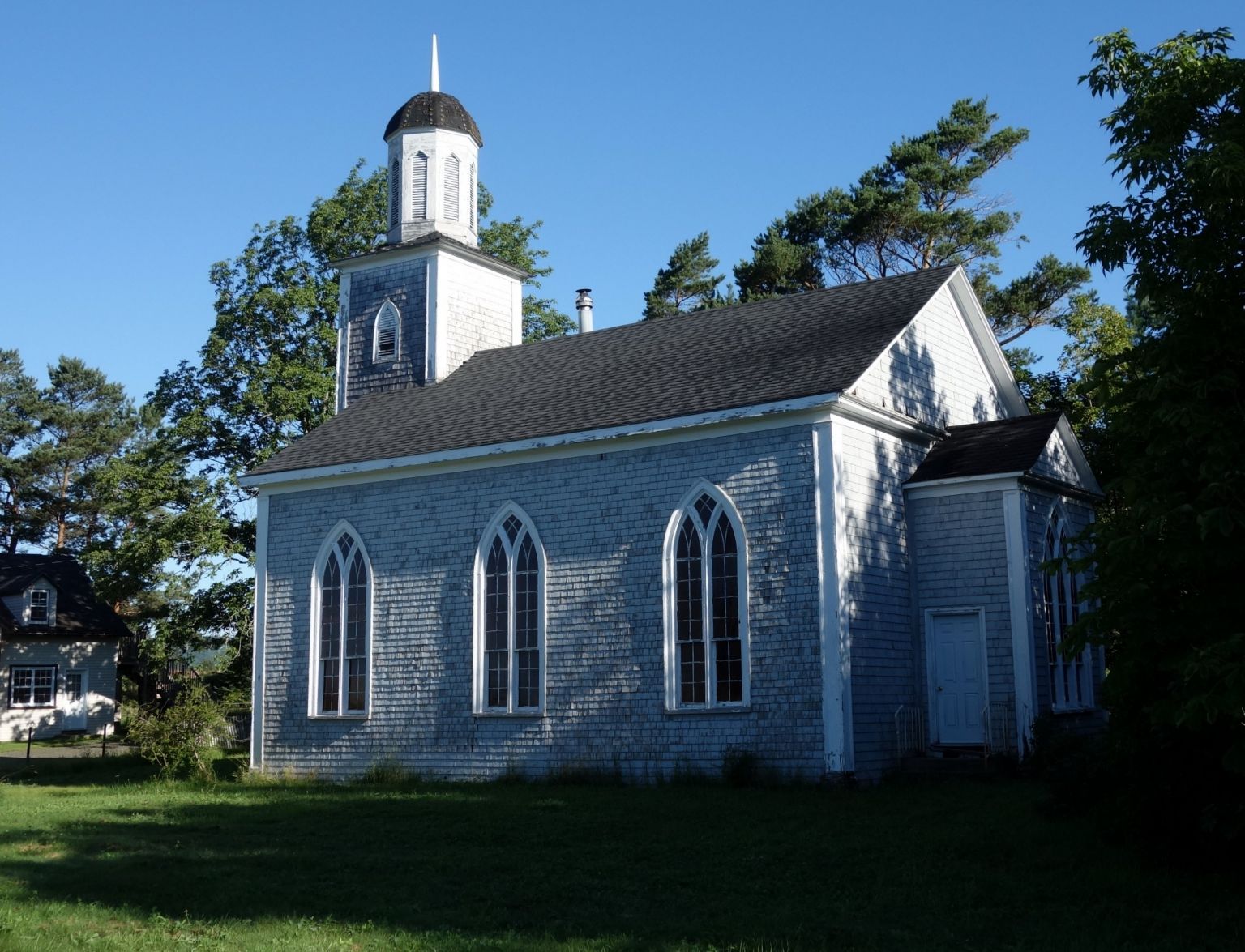 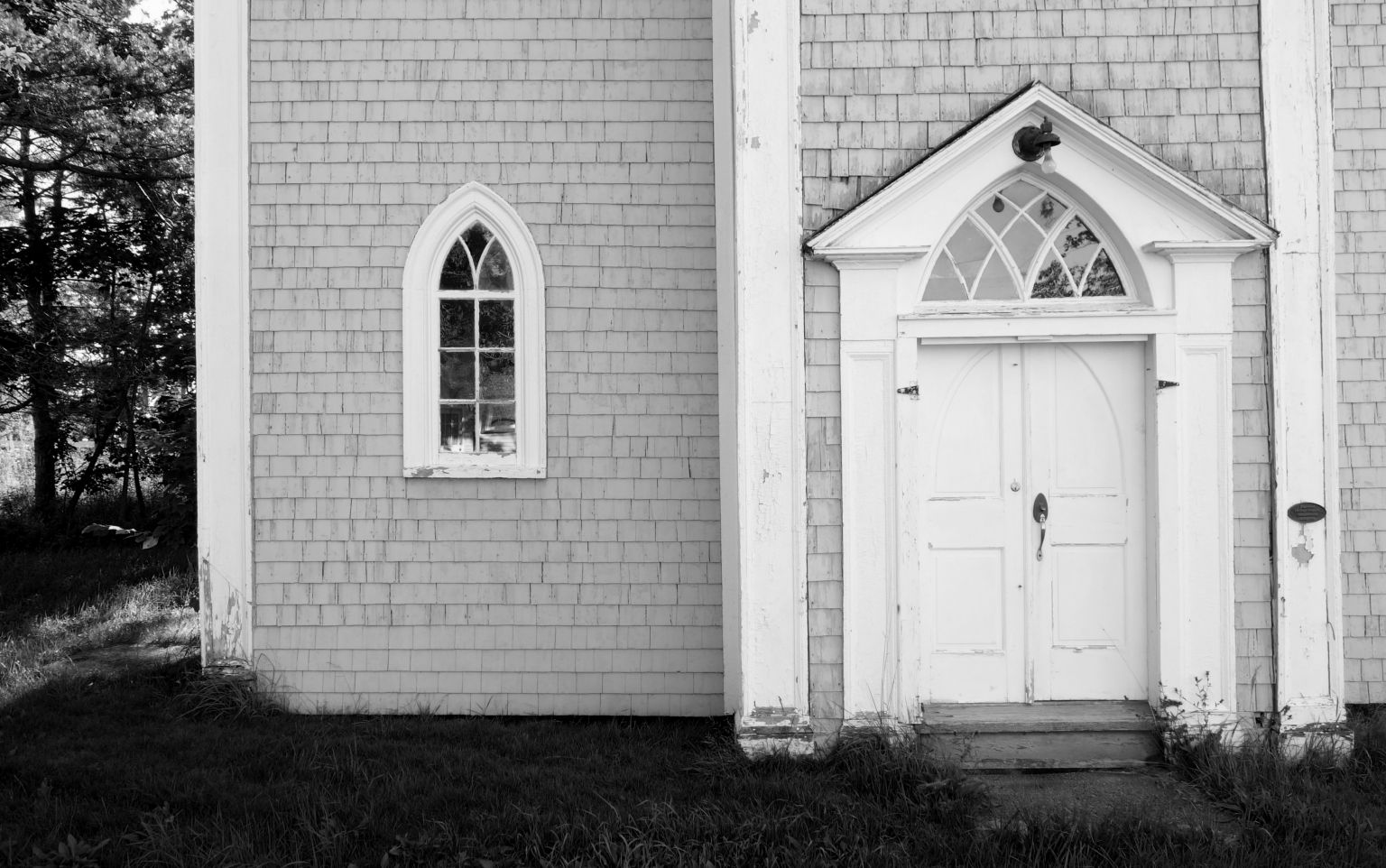 At the end of the morning I returned to the fairgrounds to pick up Sheila,  just in time to see some cattle, who had attended the Expo, packing up for the return trip to their farm. 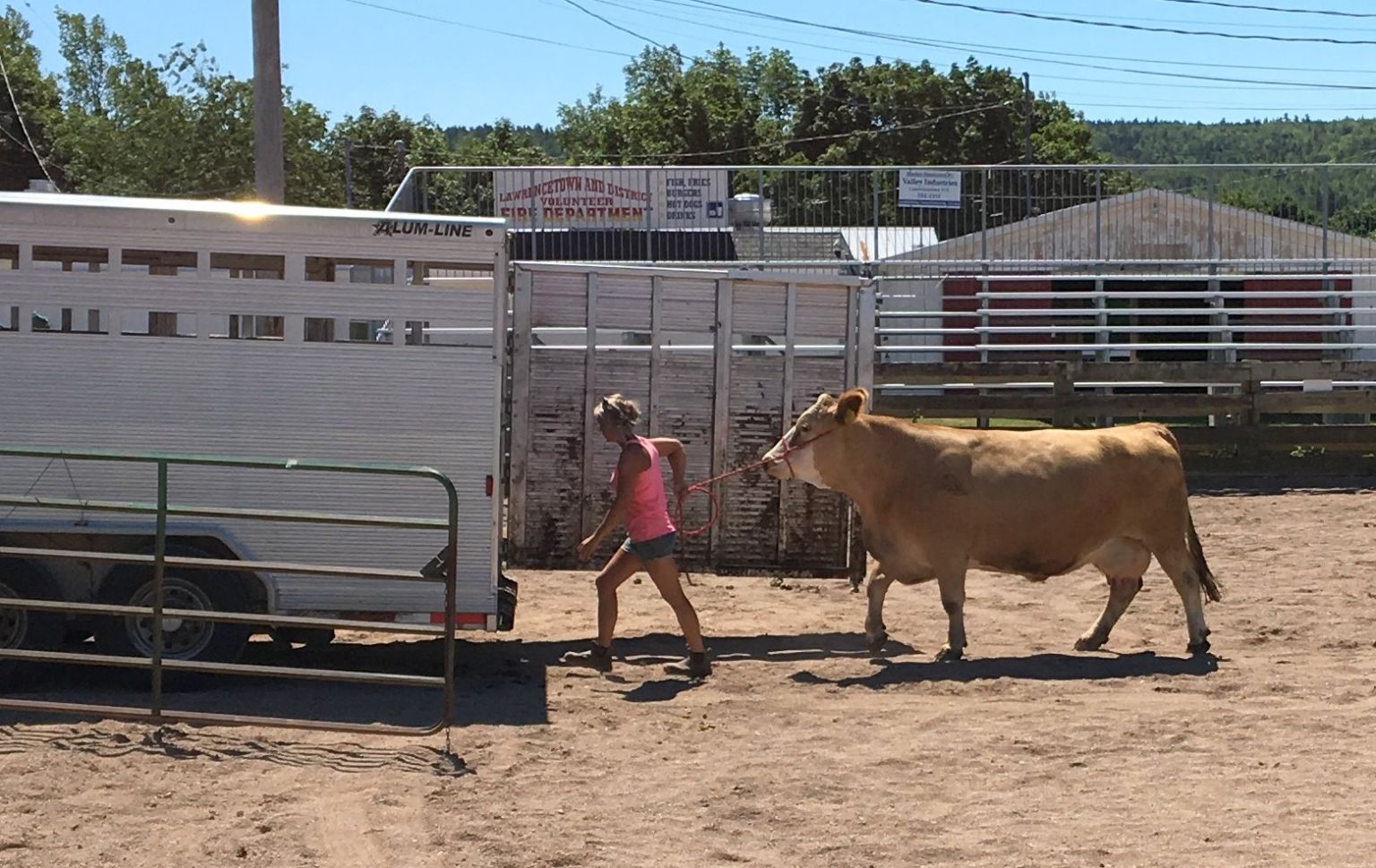 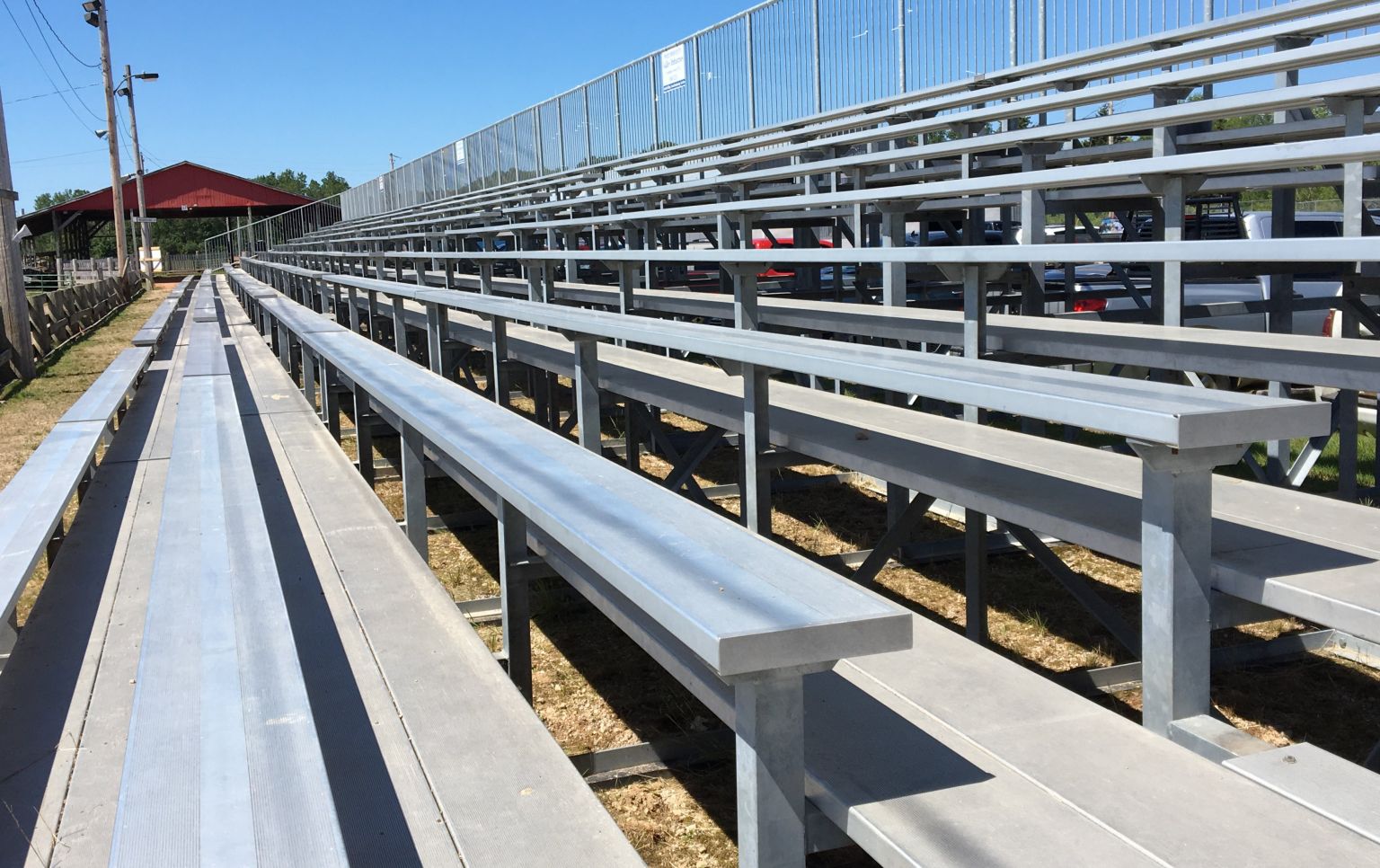 When I looked around I noticed signs announcing the bleachers were manufactured in Lawrencetown. Very smart. 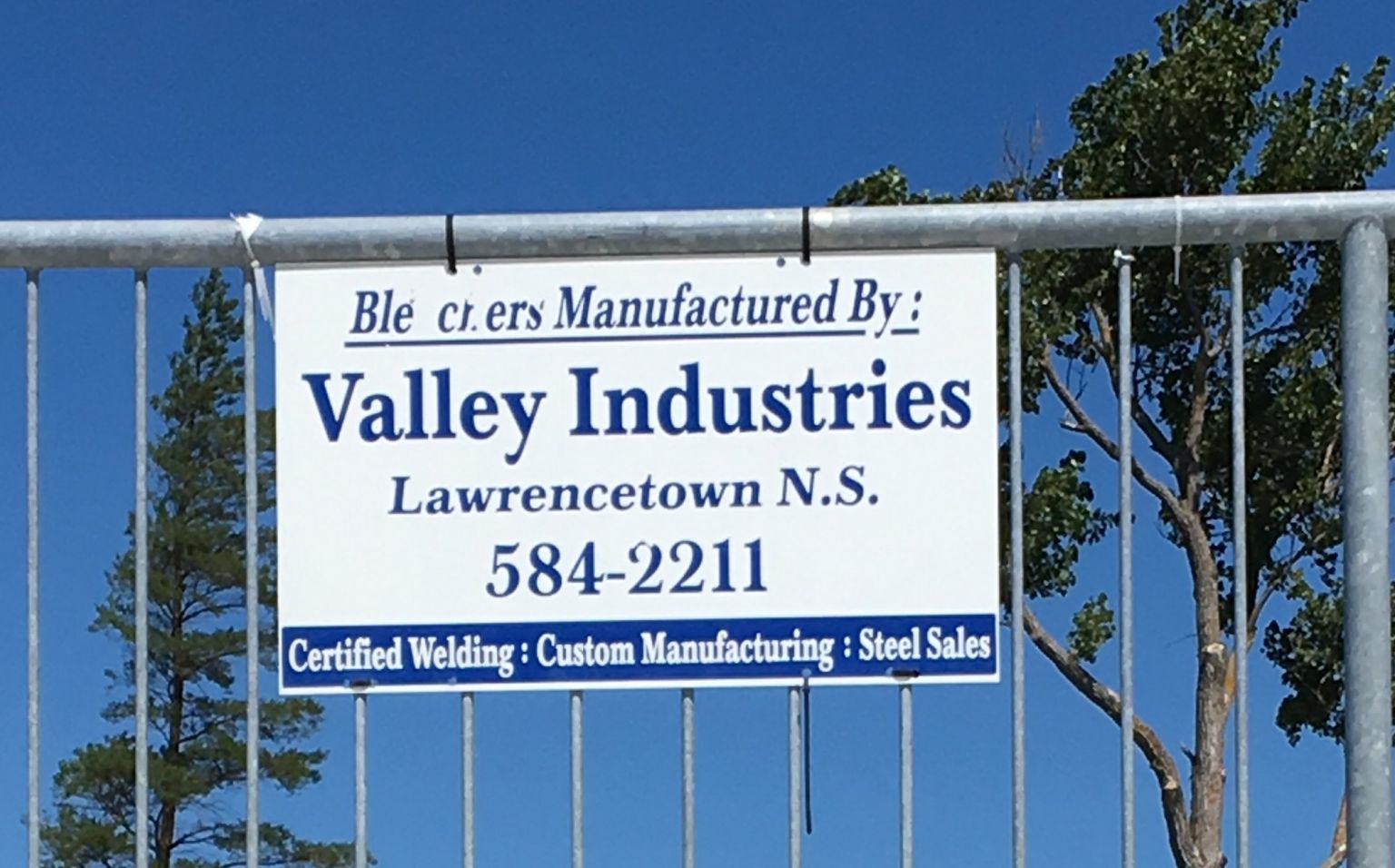 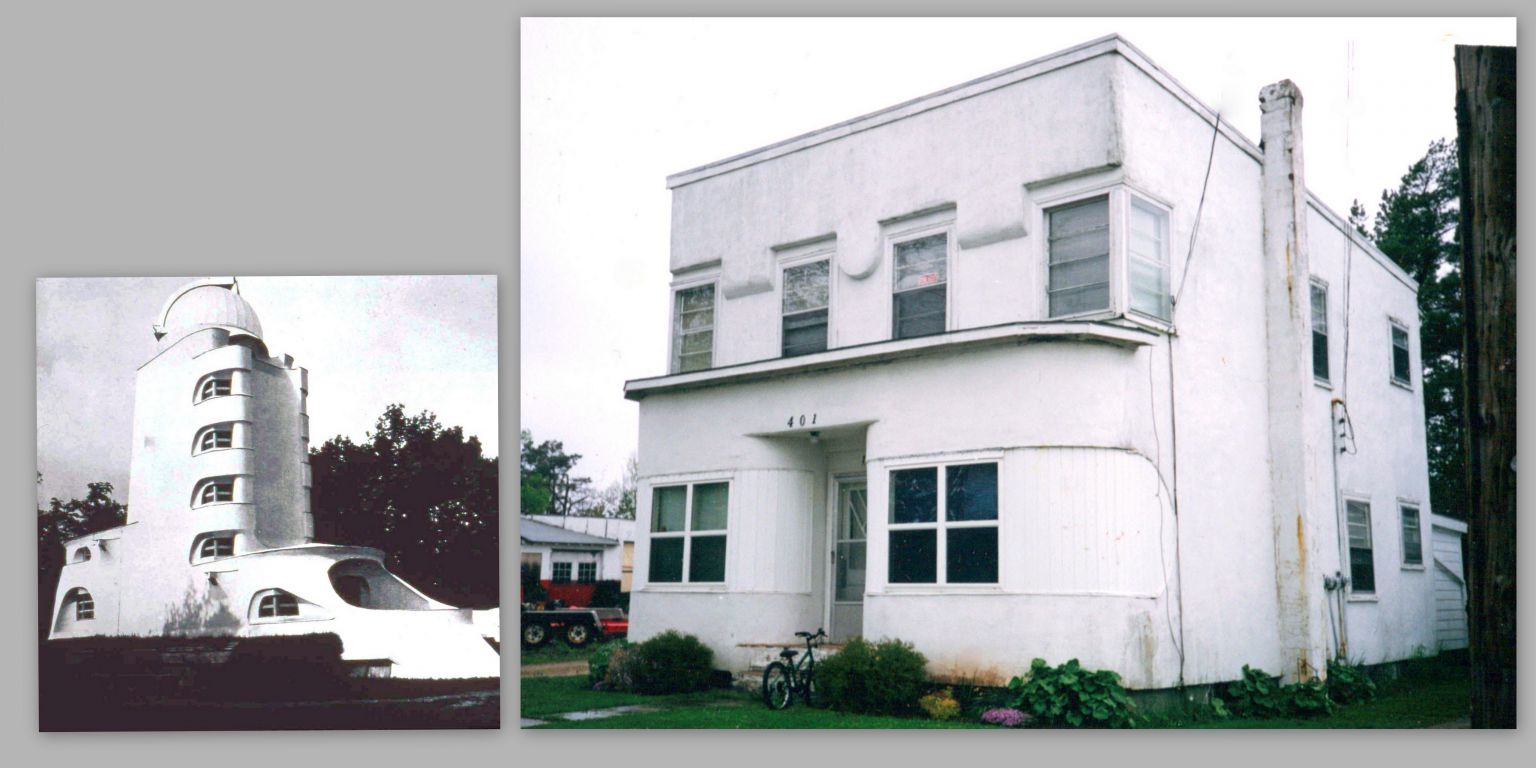