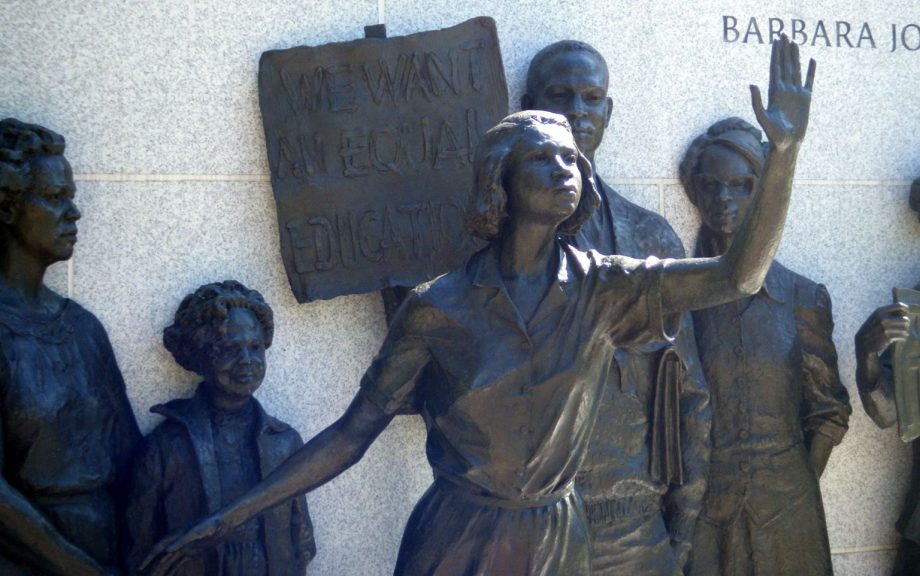 Looking at photos from our trip to Virginia in 2009, I realized we saw a number of statues that have become more interesting in these iconoclastic times.

Just a year old, when we visited Richmond, was the Civil Rights Monument, an example of accessible, contemporary sculpture. It is located in a prominent location on the grounds of the State House and near the Governor’s residence.

On the day we visited, the bronze figures on the memorial were supplemented with real people on their lunch hour, relaxing on simple stone benches. A delightful bit of landscape design.

One side represents Barbara Johns, a high school student who led a demonstration that helped trigger the Supreme Court school desegregation decision. A ray of sunlight illuminating Barbara’s face made her quote, “it seemed like reaching for the moon,” even more moving. 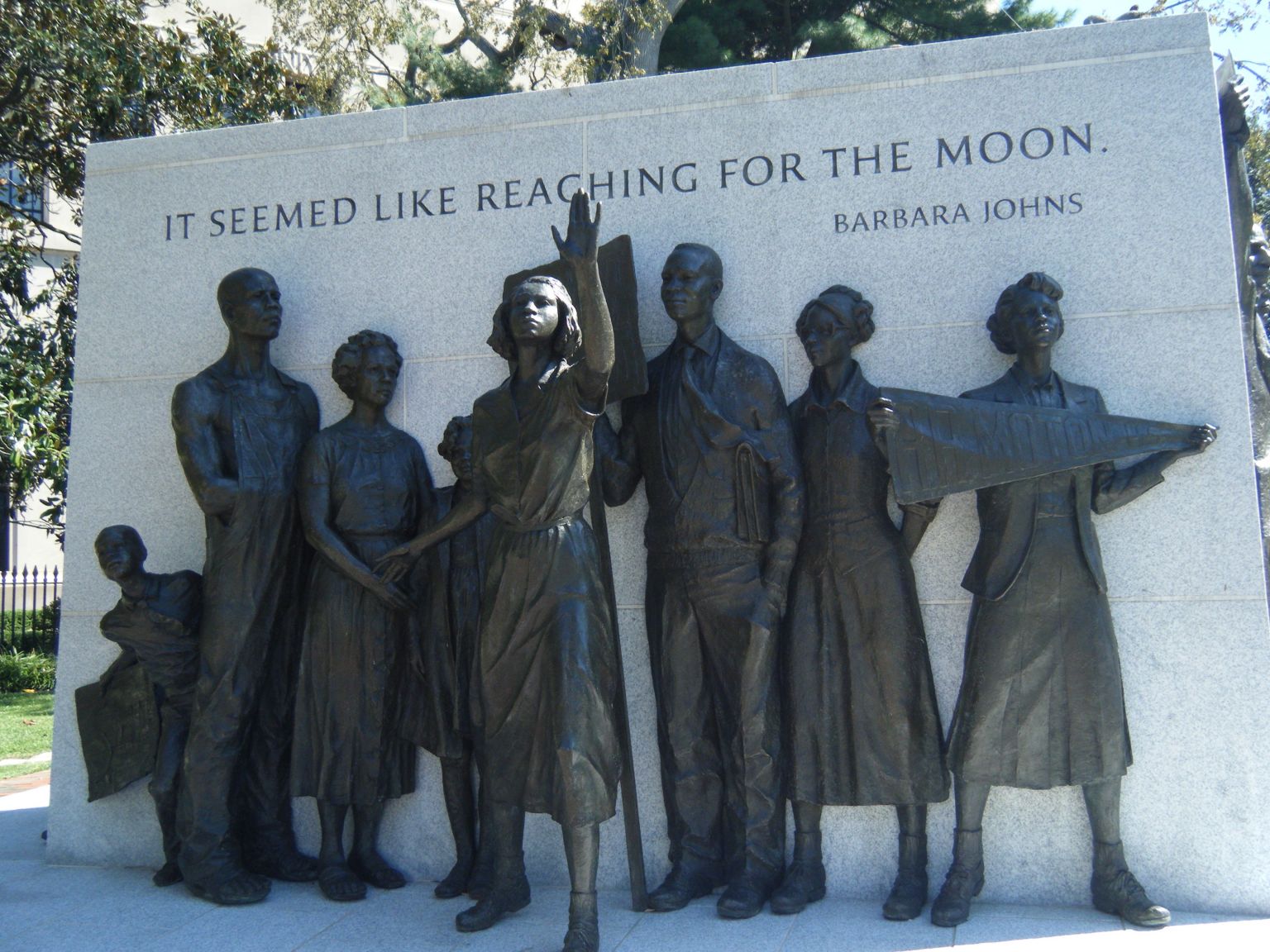 On the other side of the massive block of granite, more bronze figures strode forward, joined by a seated, living person using his laptop. Above them was a quote by Supreme Court justice Thurgood Marshall, that feels particularly useful in these times:

The legal system can force open doors and sometimes even knock down walls. But it cannot build bridges. That job belongs to you and me. 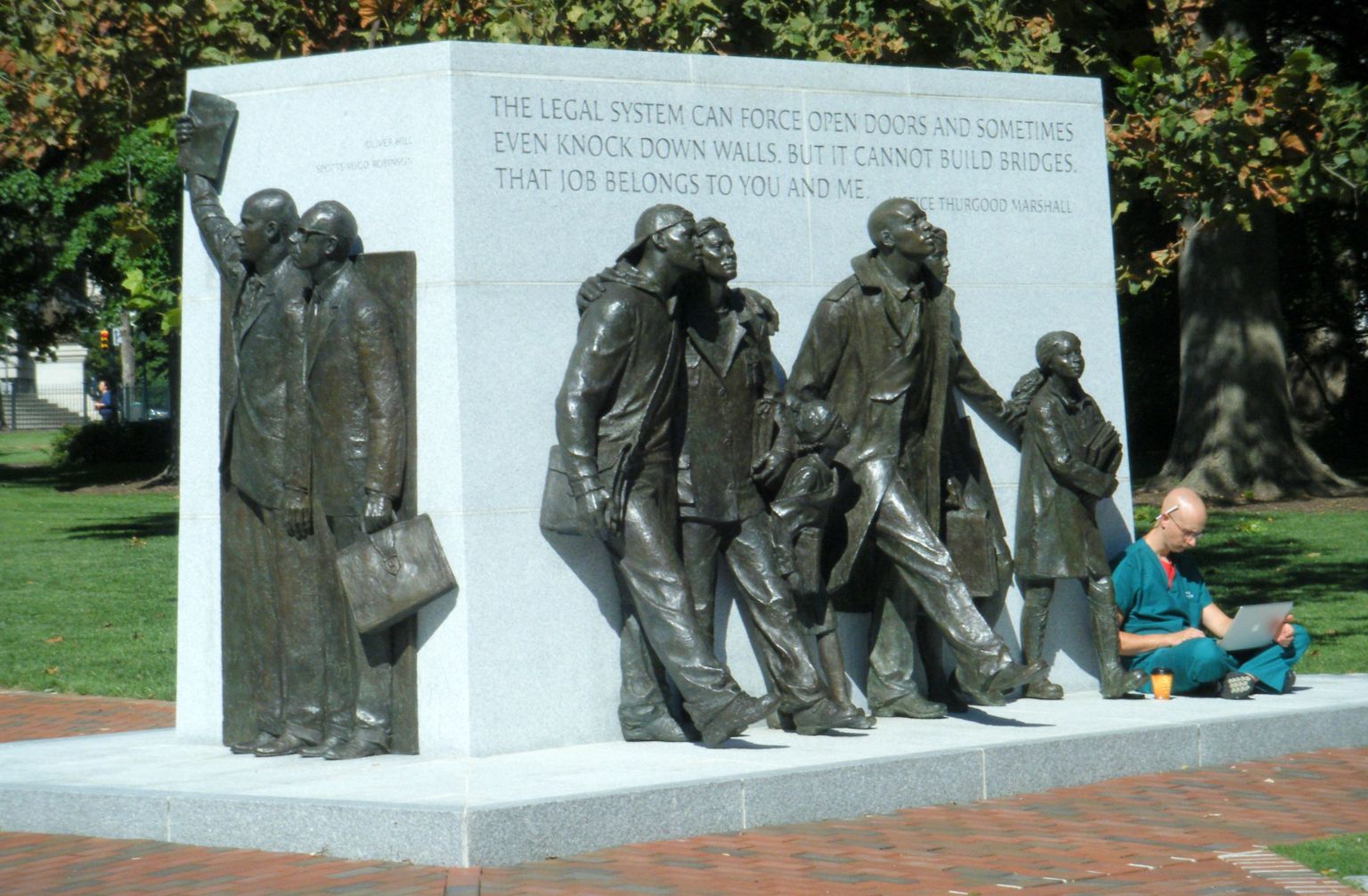 We also saw the statues of Confederate generals on horseback that mark major intersections along Monument Avenue. A 1907 statue of Jefferson Davis, the  president of the breakaway Confederate States, stands at the base of a 60-foot column. At first glance, he appears to be making an unfortunate arm salute. 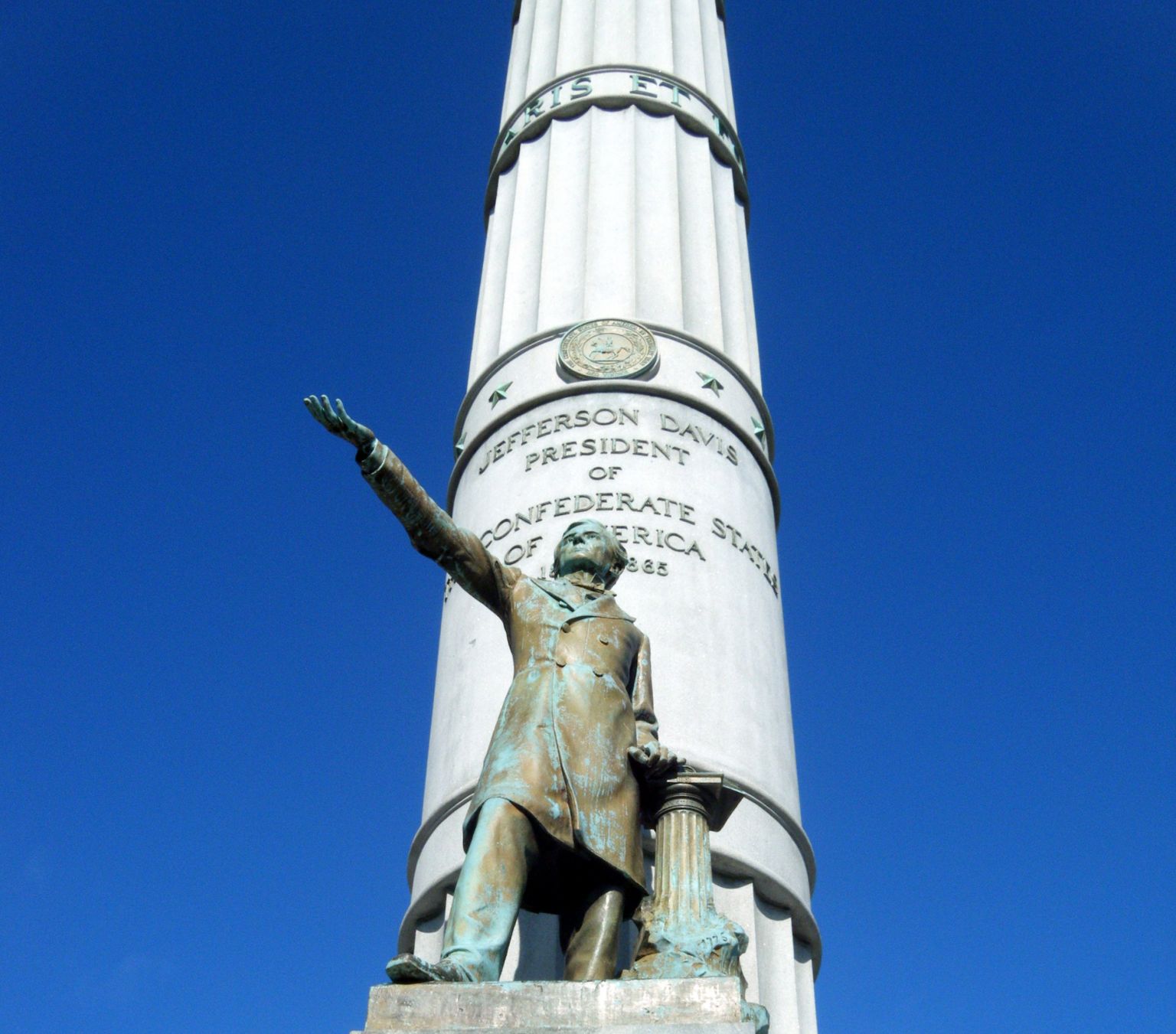 A more nuanced memorial was this soaring stone pyramid built three years after the Civil War ended, to remember the 18,000 Confederate soldiers buried in Hollywood Cemetery. The size communicates the enormity of the loss. 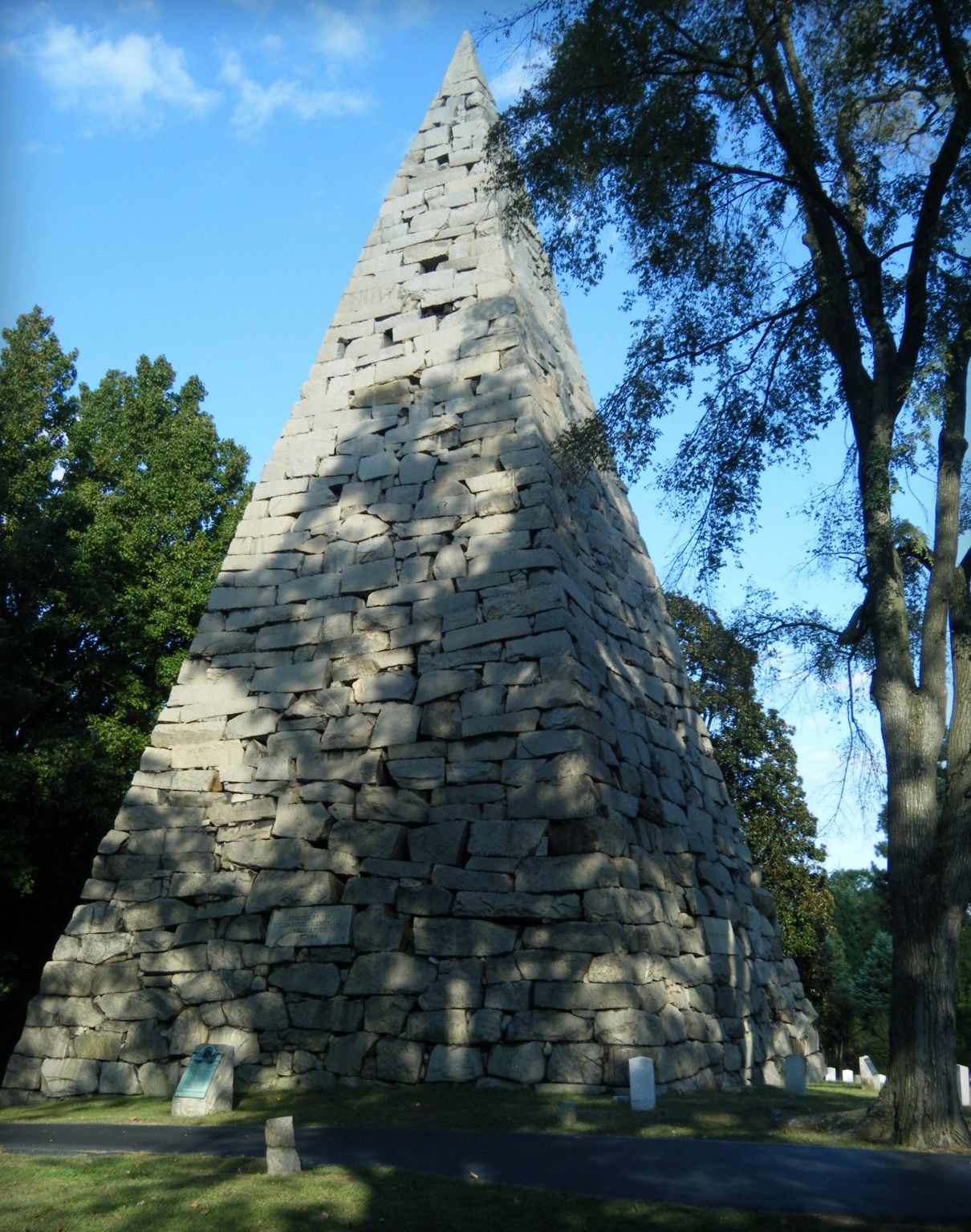 There is a statue of Thomas Jefferson at Monticello, his hilltop estate above Charlottesville. These days our feelings about the slave-owning Thomas are complicated, so having him at ground level, where you can look him more or less in the eye, feels about right. 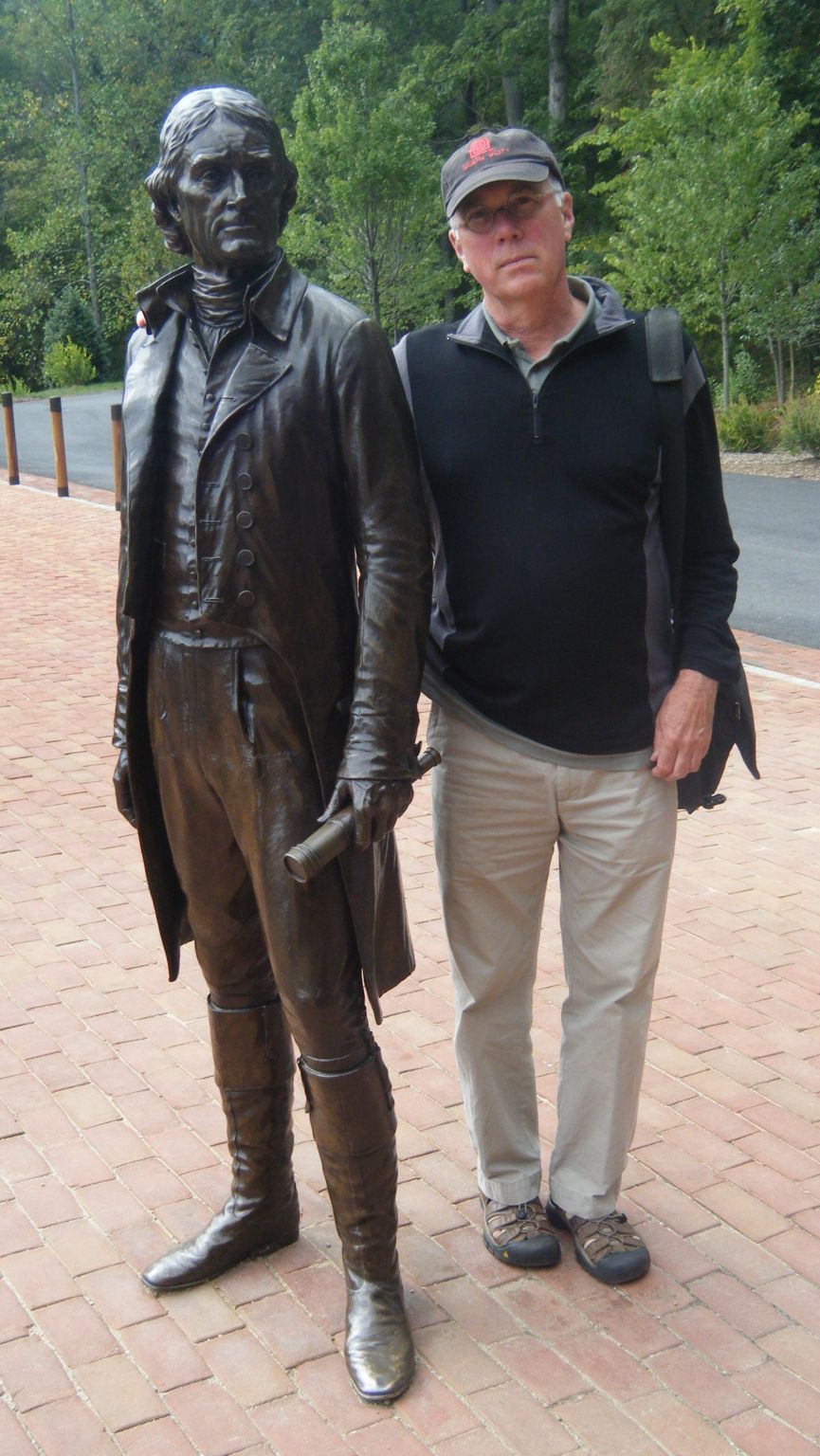 I’m reminded of the ground level figures we saw a few years ago in Portsmouth, New Hampshire. With power and emotion they commemorate the forgotten and rediscovered African Burying Ground. 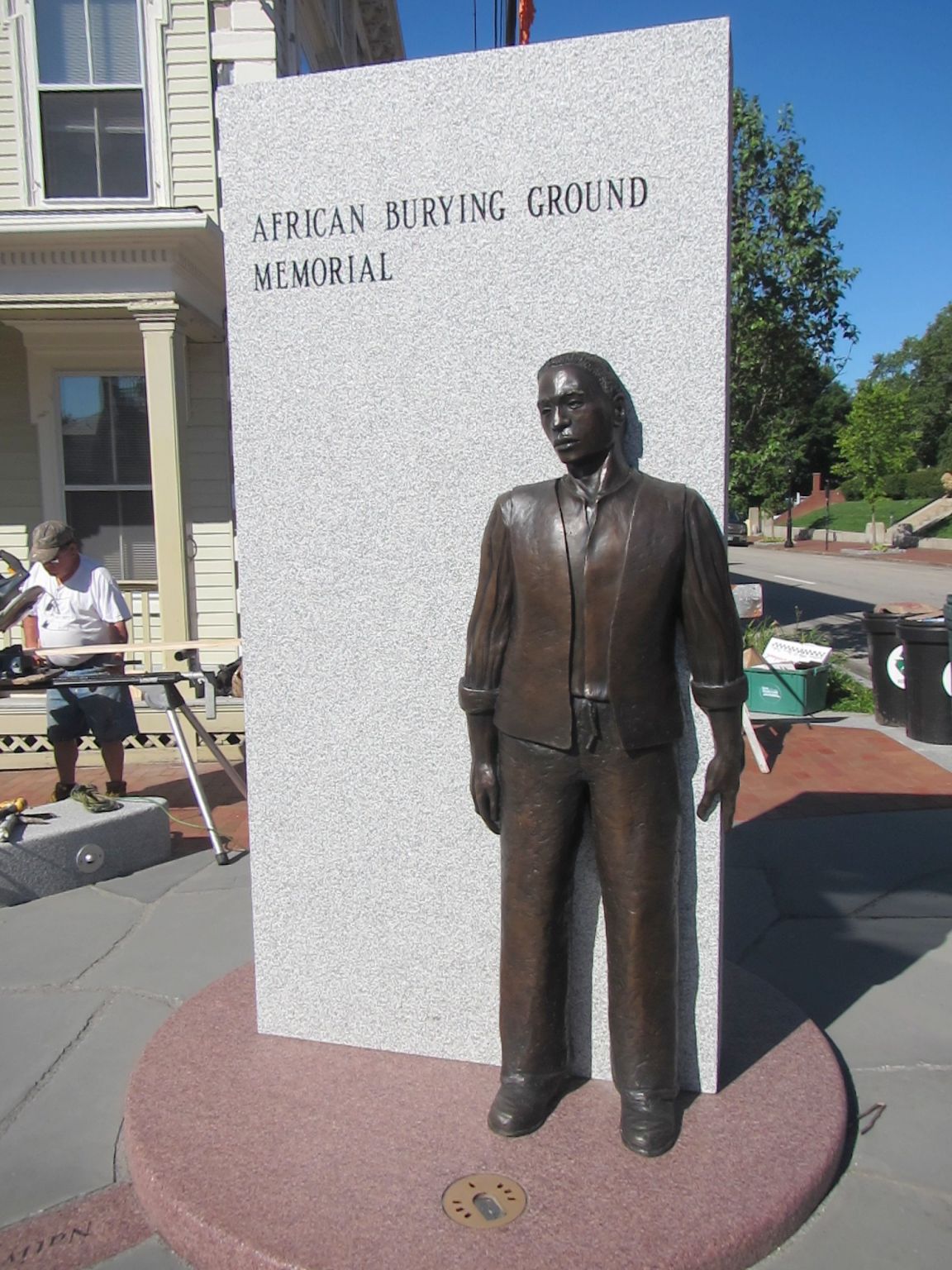 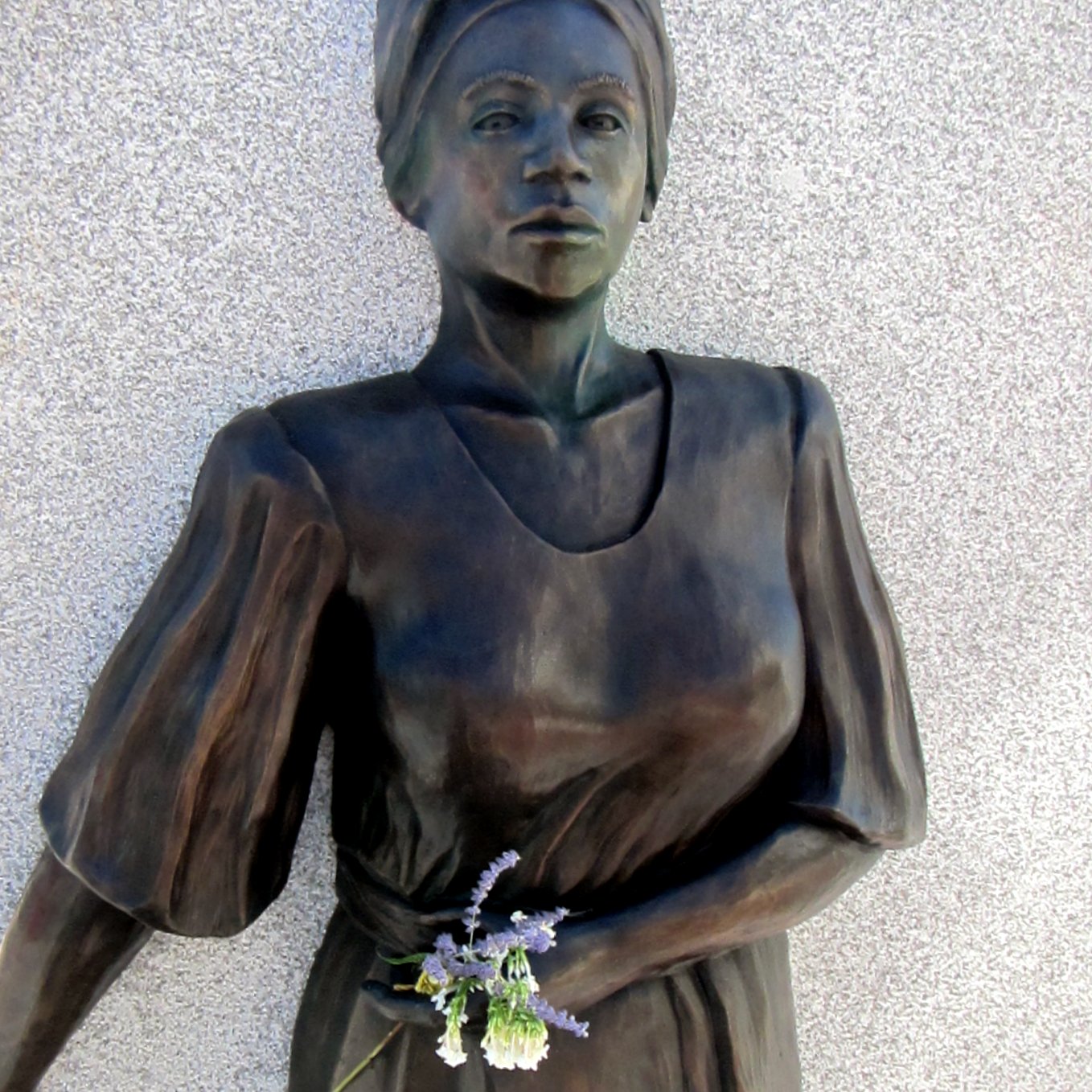 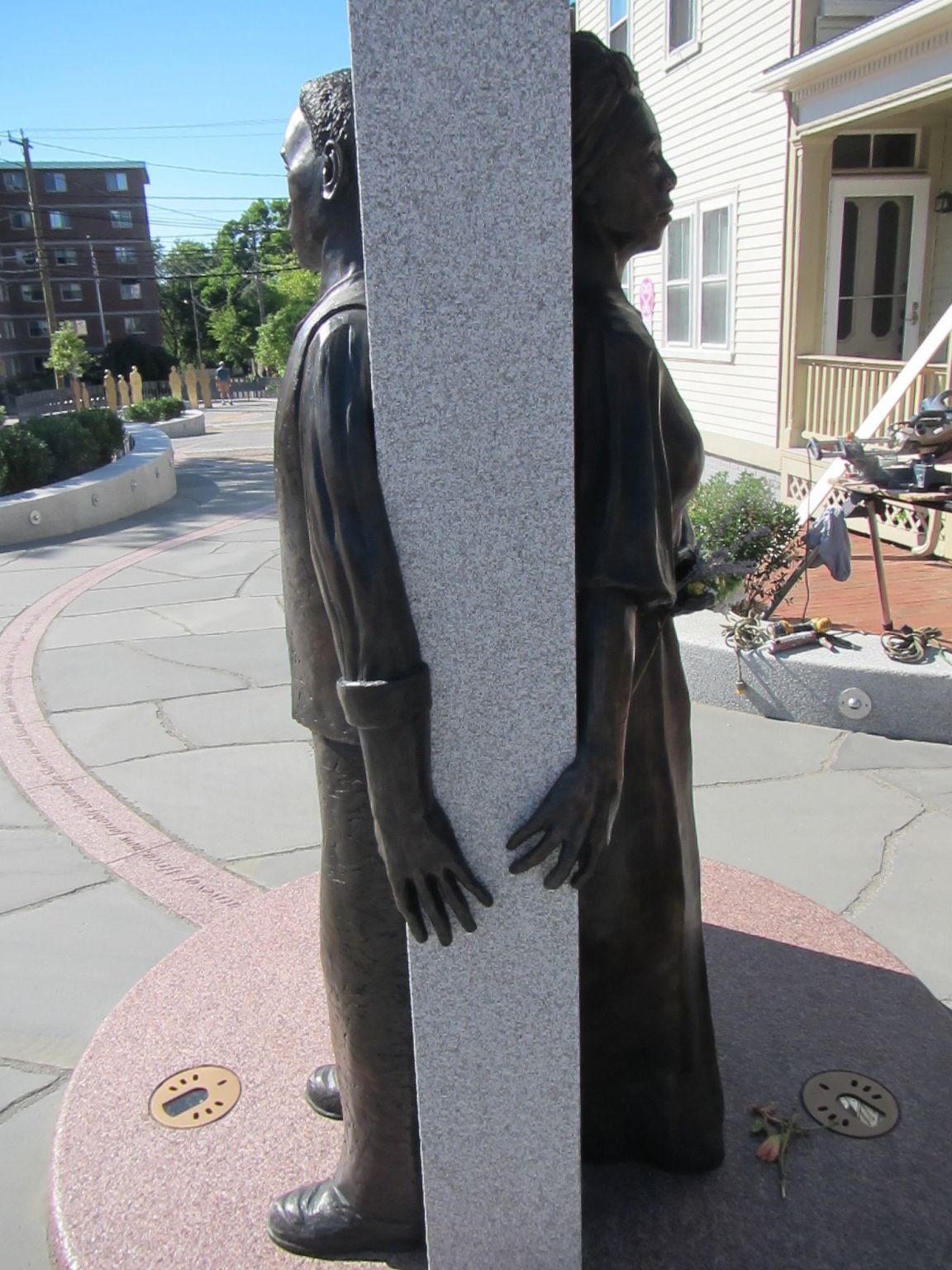 And this summer at the National Arts Centre in Ottawa, there was Oscar Peterson, inviting you to join him on his piano bench. 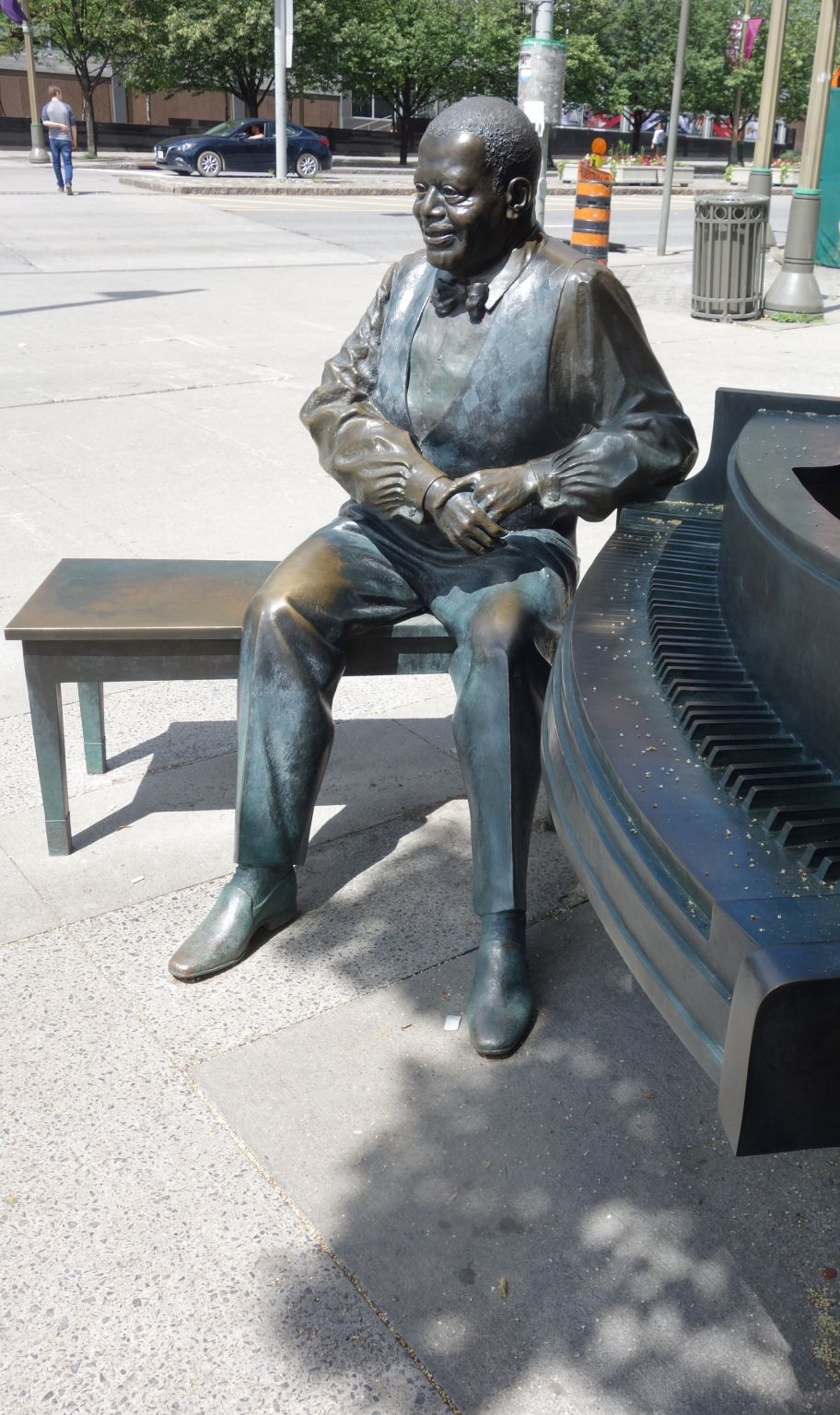 Lots for Halifax to think about when we plan our next generation of figurative sculptures. 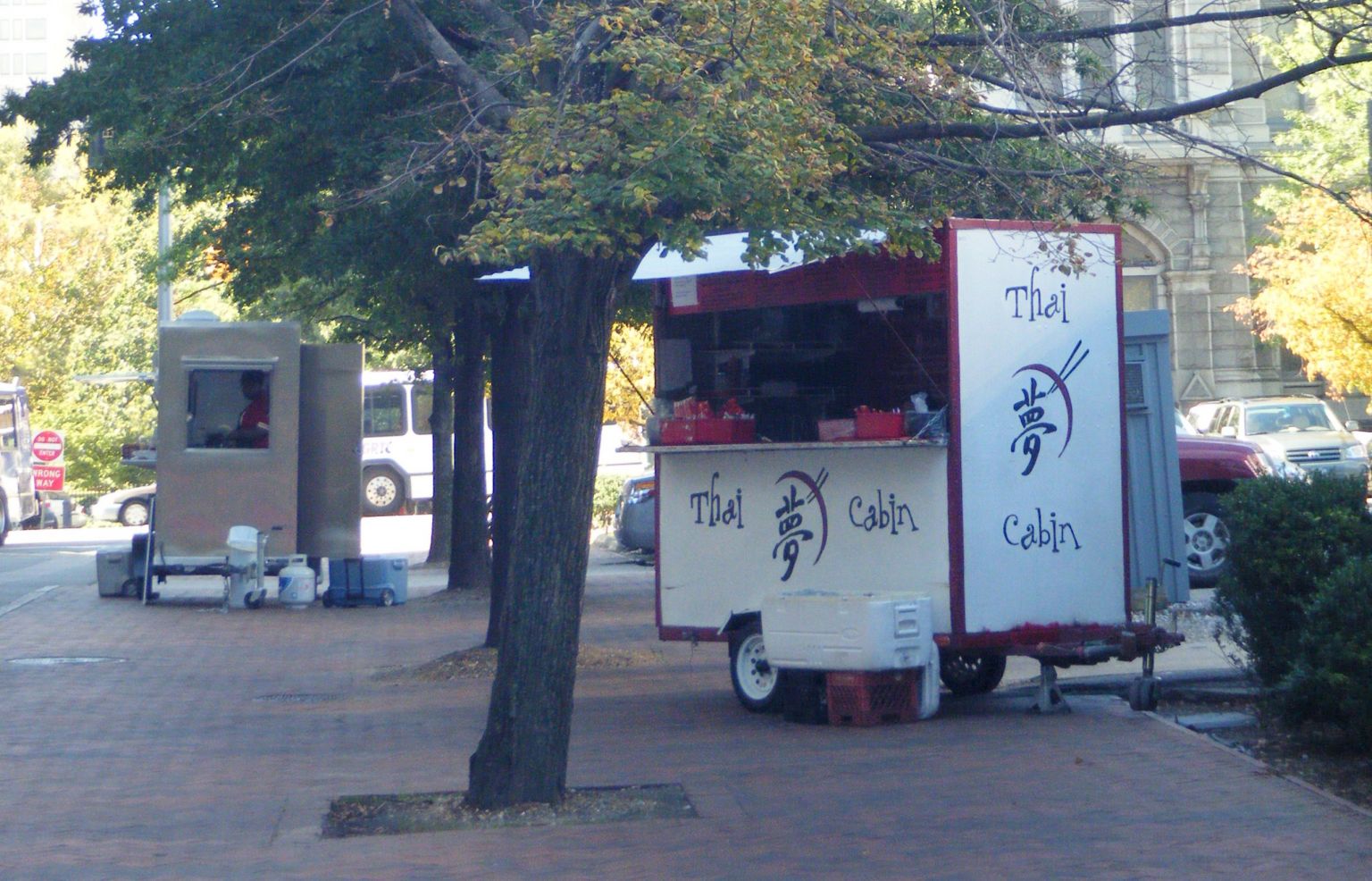 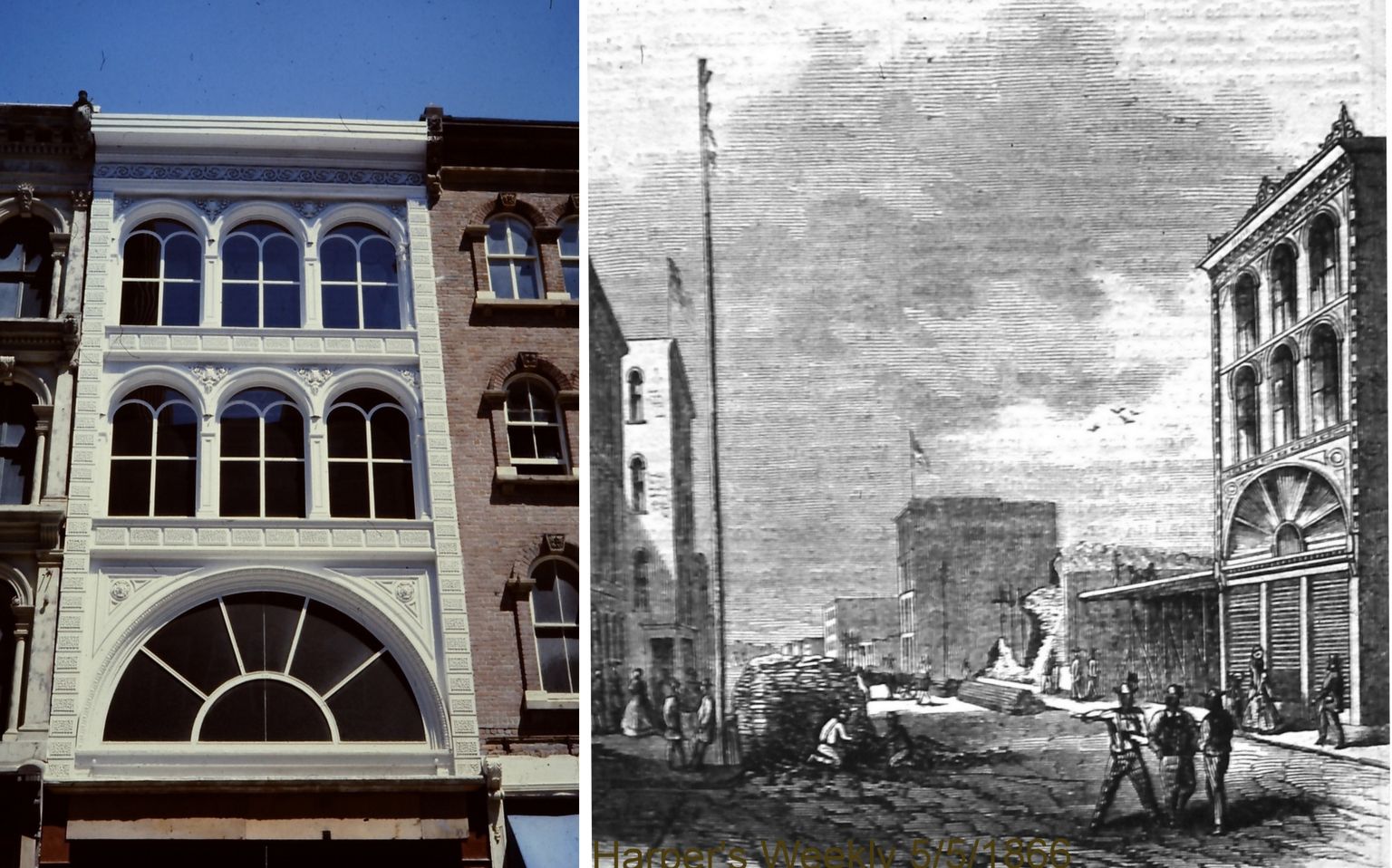 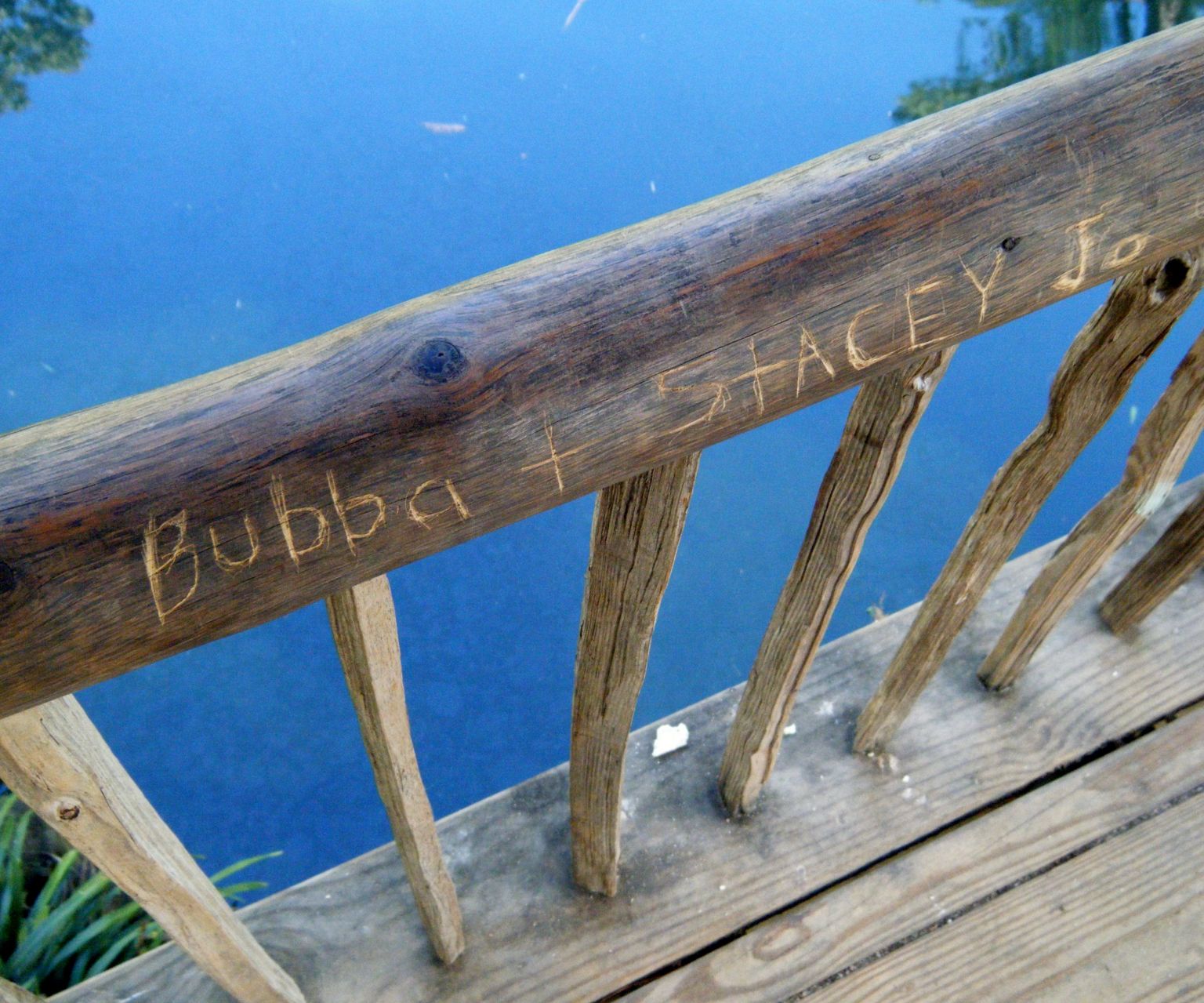