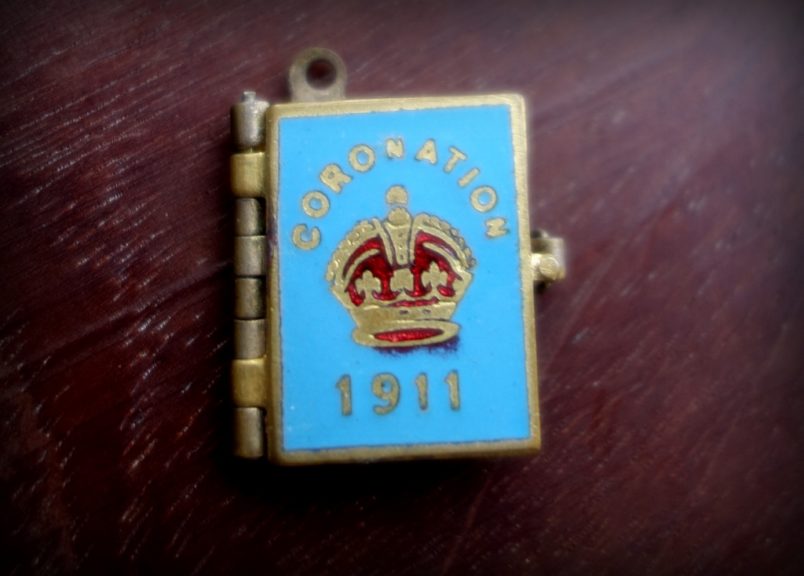 New Year’s is traditionally a time of taking stock and often that includes trying to simplify your life (usually translated as “get rid of stuff’). I support minimalism but also enjoy being surrounded by pockets of visual richness. It occurred to me that one solution might be to just have small stuff that didn’t take up much space. This got me looking around the house to see if I could test the theory and be amused at the same time.

Quickly a couple of dozen intriguing, diminutive, but useless items were assembled. Perfect for adorning a desirable, tiny house or my future corner in the Golden Age Facility. For scale in the photo there is a camera memory card in the lower right corner. 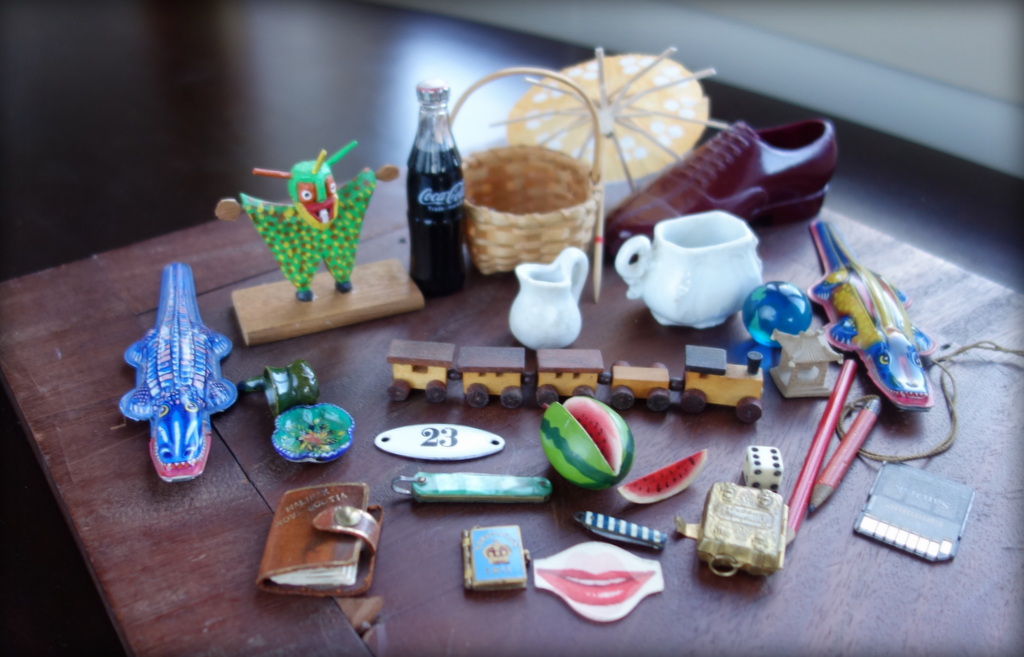 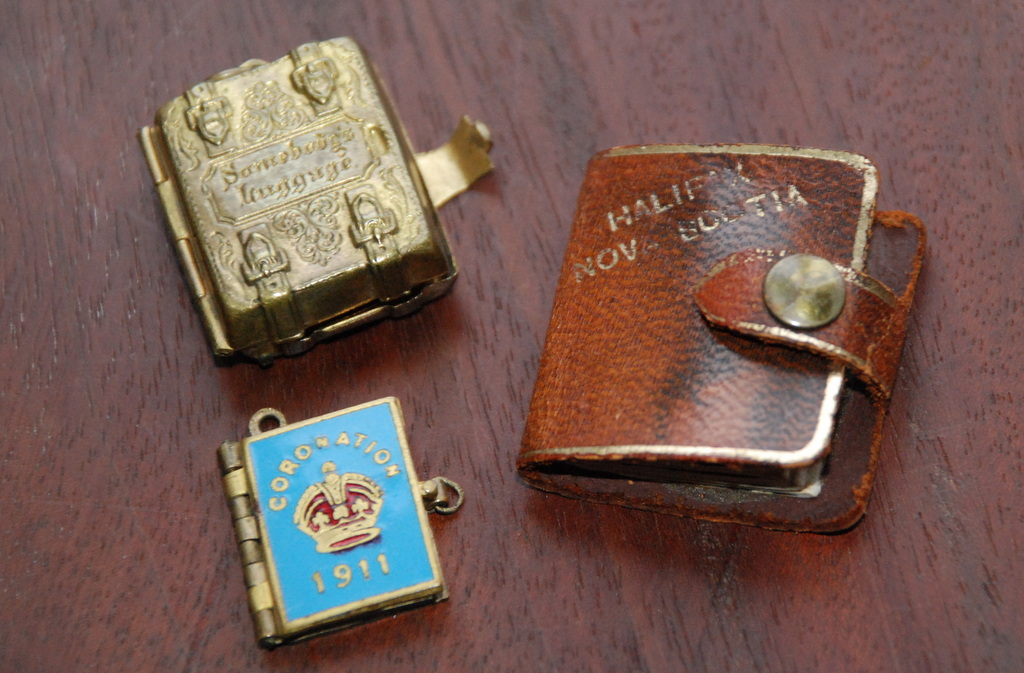 The oldest, from the 1860s, is a photo album of the famous dwarfs, General Tom Thumb and his wife Lavinia Warren. Perfect.

A petite souvenir volume for the 1911 Coronation of George V includes photos of his parents Edward VII and Alexandra. 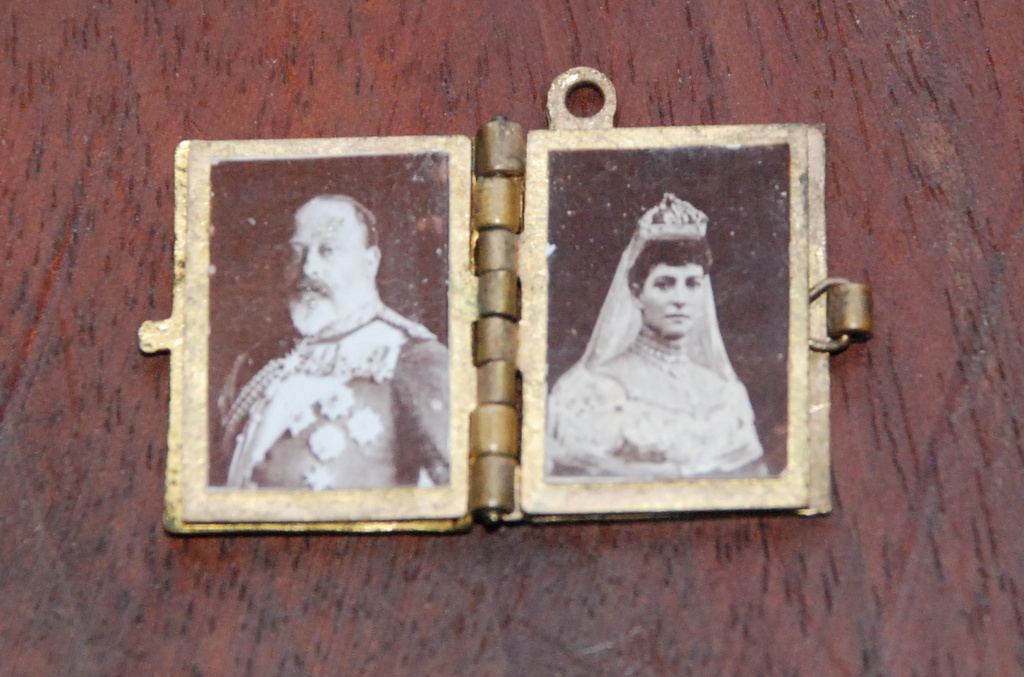 A 1950s mini book of Halifax photos has room for all the traditional subjects: Public Gardens, view from Citadel Hill, a bagpiper in full Scottish gear, etc.

And if  minuscule notes are required there are pencils of an appropriate size. One has a line attached and perhaps was for filling in names on your dance card. The other was a promotional item from Time Magazine. 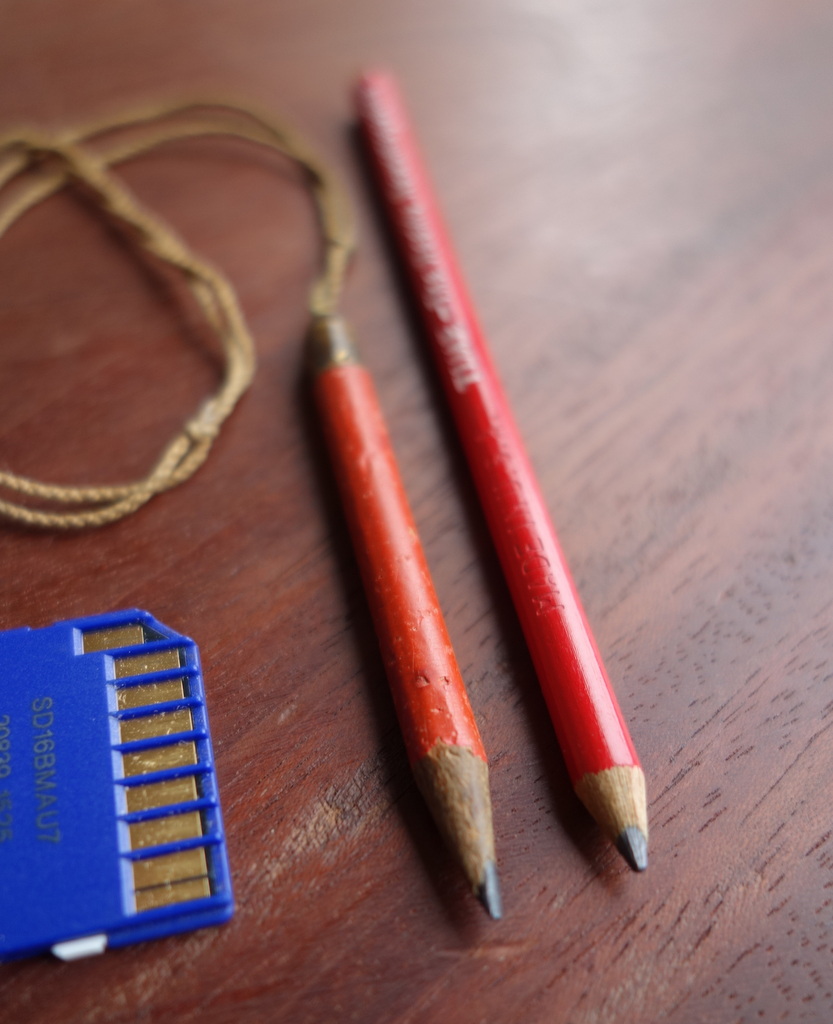 To sharpen the pencils there is an appropriately itsy-bitsy jackknife; nineteenth century with a very stylish blue and white celluloid handle. 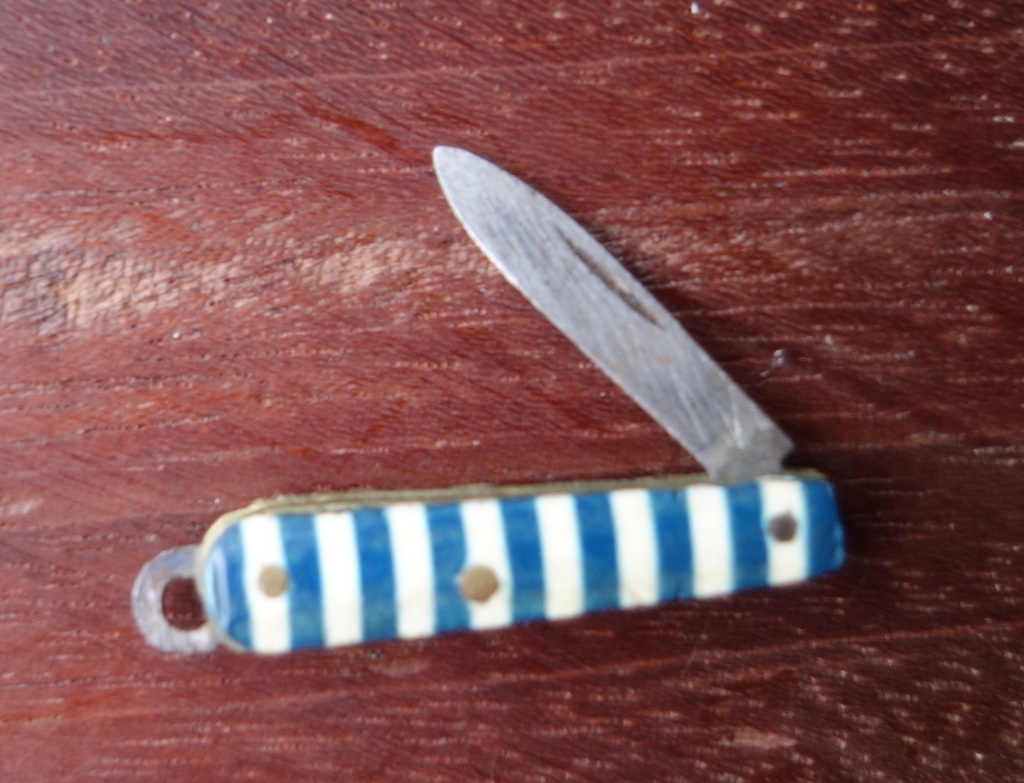 Some of these collections could be carried around the house in a teensy black ash basket, a traditional Mi’kmaq craft. 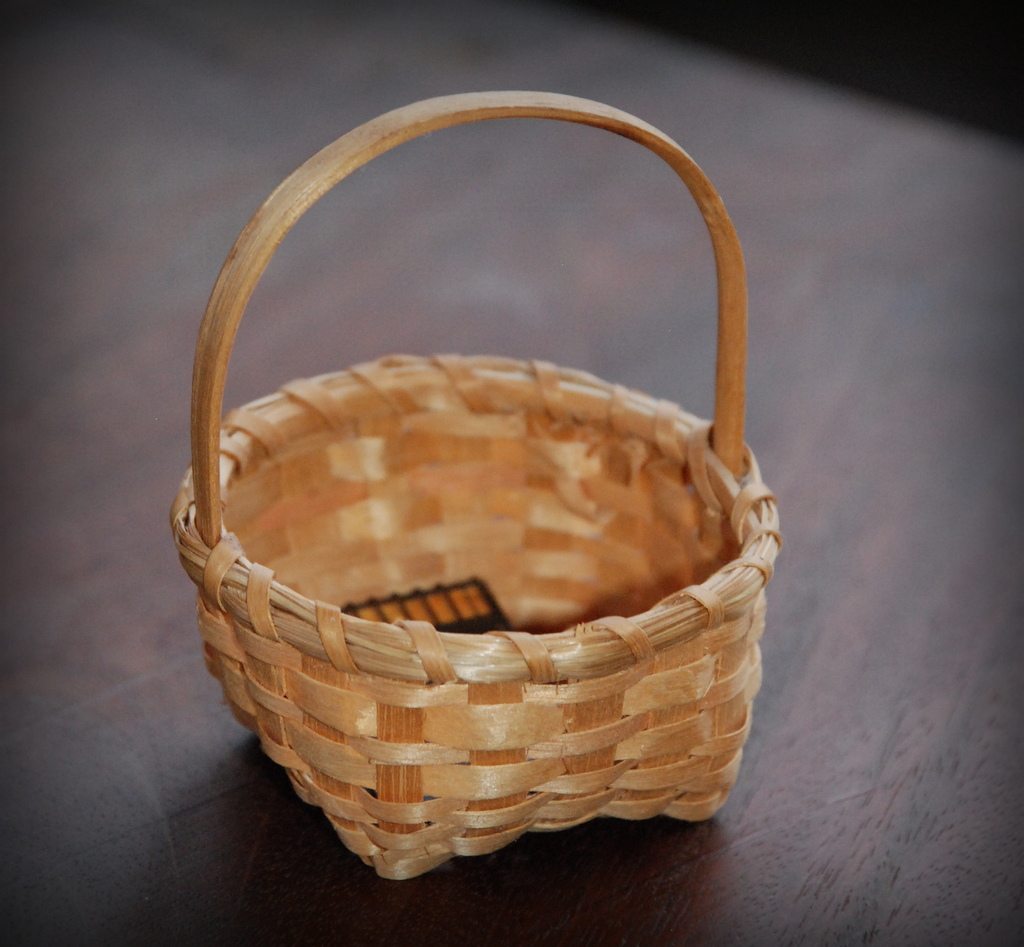 Just for the pleasure of the eyes is a wee, wooden watermelon. 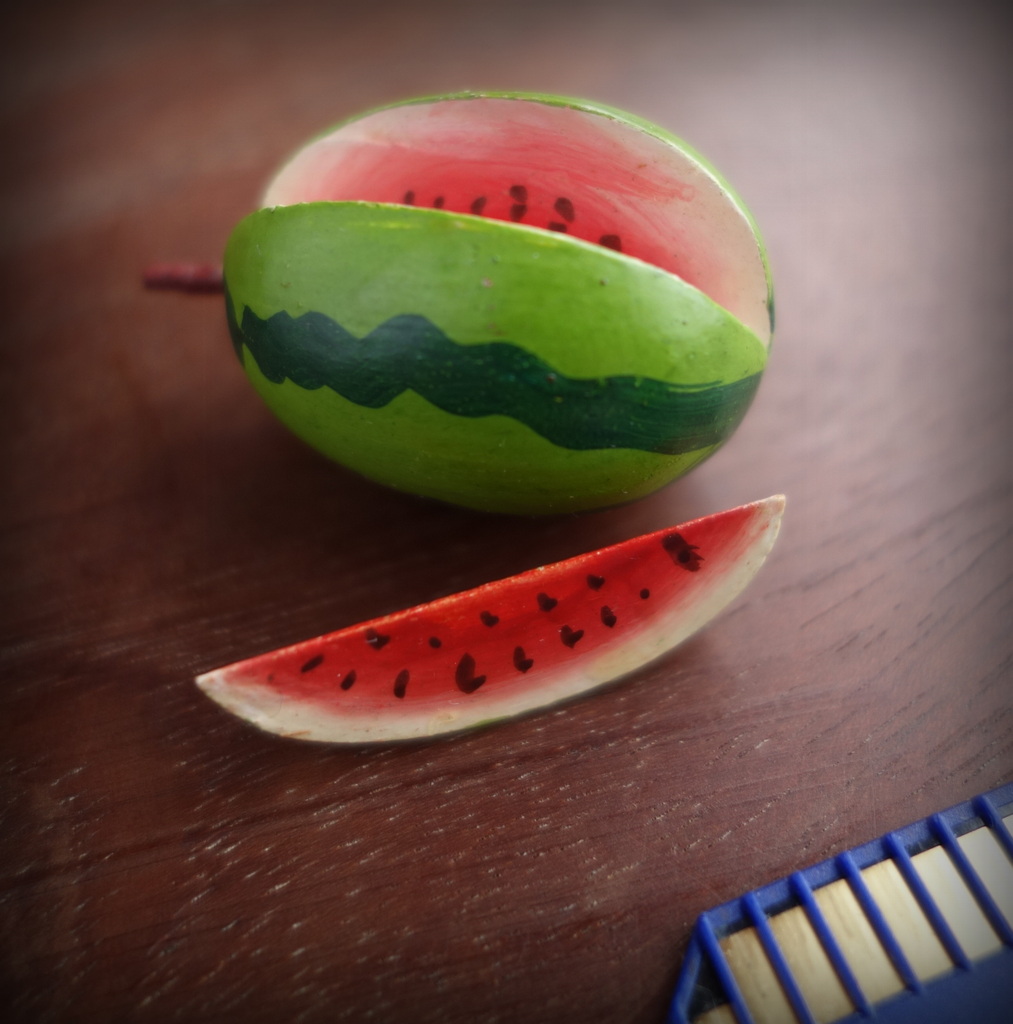 and a single diminutive plastic shoe. 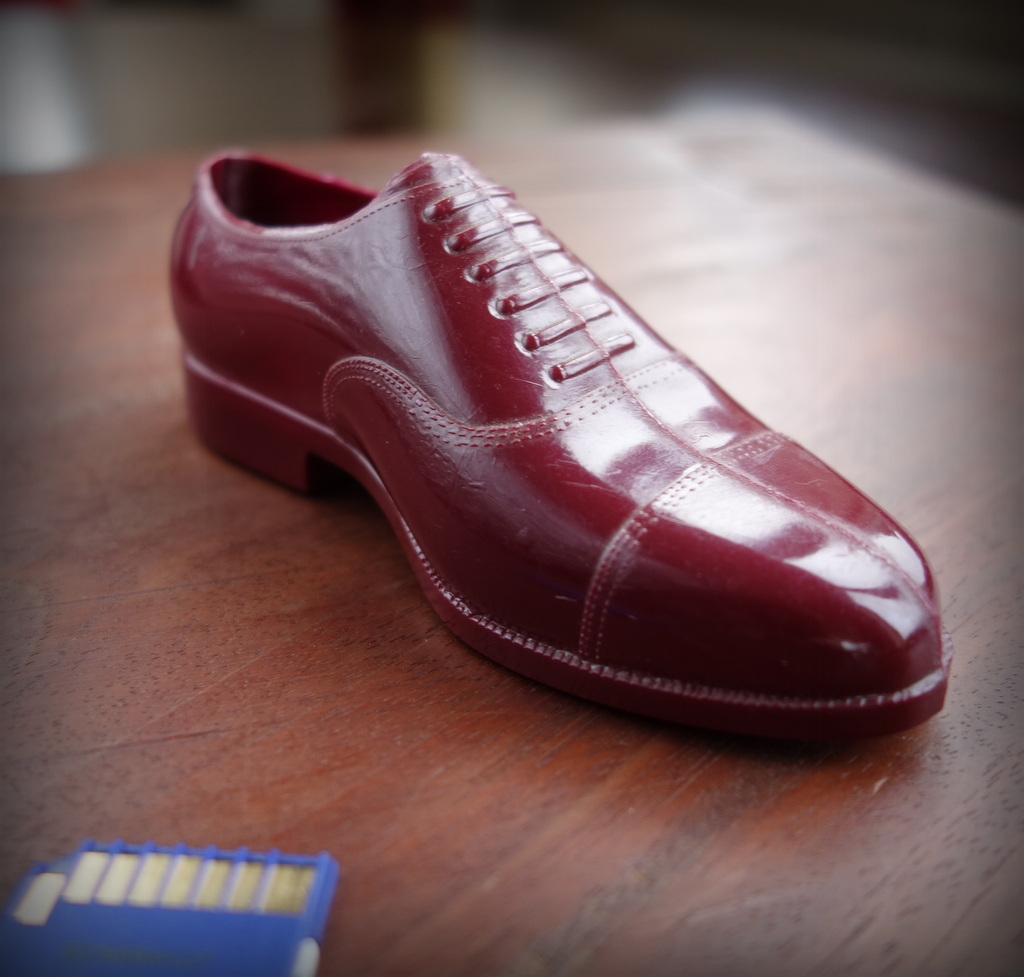 This theory isn’t working out so well after all, I’m not picking up sparks of joy. Maybe it’s back to the original plan which was have more fun getting rid of stuff. “Have fun” is the constant.

It happened to be the opening of the Legislative Council and General Assembly, at which ceremonial the forms observed on the commencement of a new Session of Parliament in England were so closely copied, and so gravely presented on a small scale, that it was like looking at Westminster through the wrong end of a telescope.