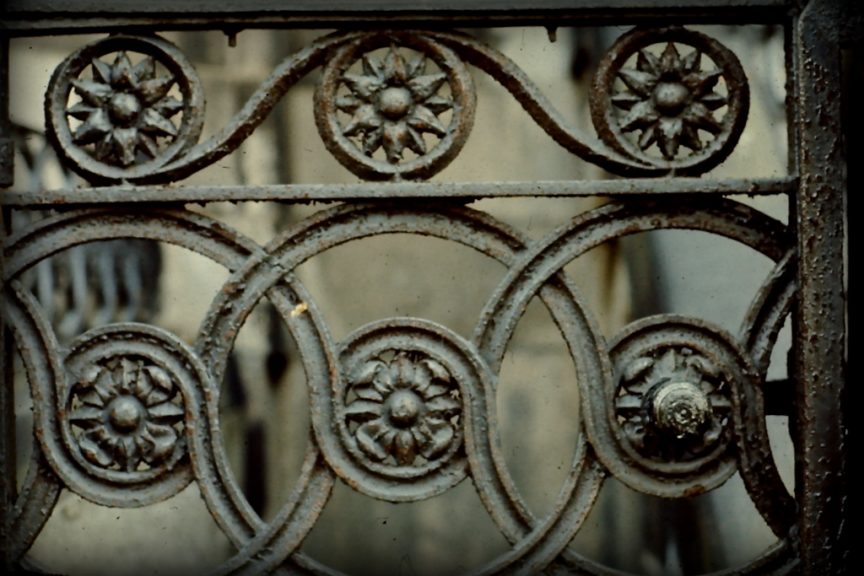 Recently I wrote about my visit to Saint John, New Brunswick in 1976.  I wandered the streets feeling surprise and delight, discovering the wealth of Victorian architecture constructed in the years after the Great Fire of 1877.  A particular fascination of mine was decorative cast iron and this post will show examples that caught my attention. Hope they attract your interest too.

Most of the iron I saw 40 years ago were fences and railings. One of the best examples was on these Germain Street houses. The hand railing on the stairs is particularly fine; making the transition from vertical to horizontal can be a challenge for a designer and this is a success don’t you think? 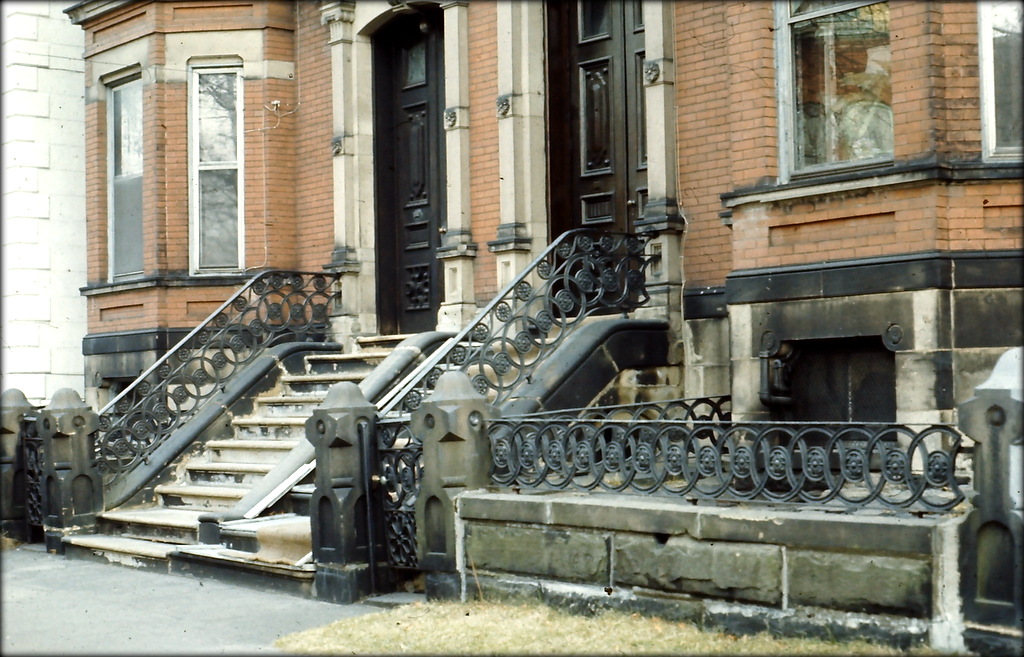 Also a gift to the street were the gate and the robust stone posts.  And good news, when I checked Street View, this ironwork is still in place and apparently doing fine. 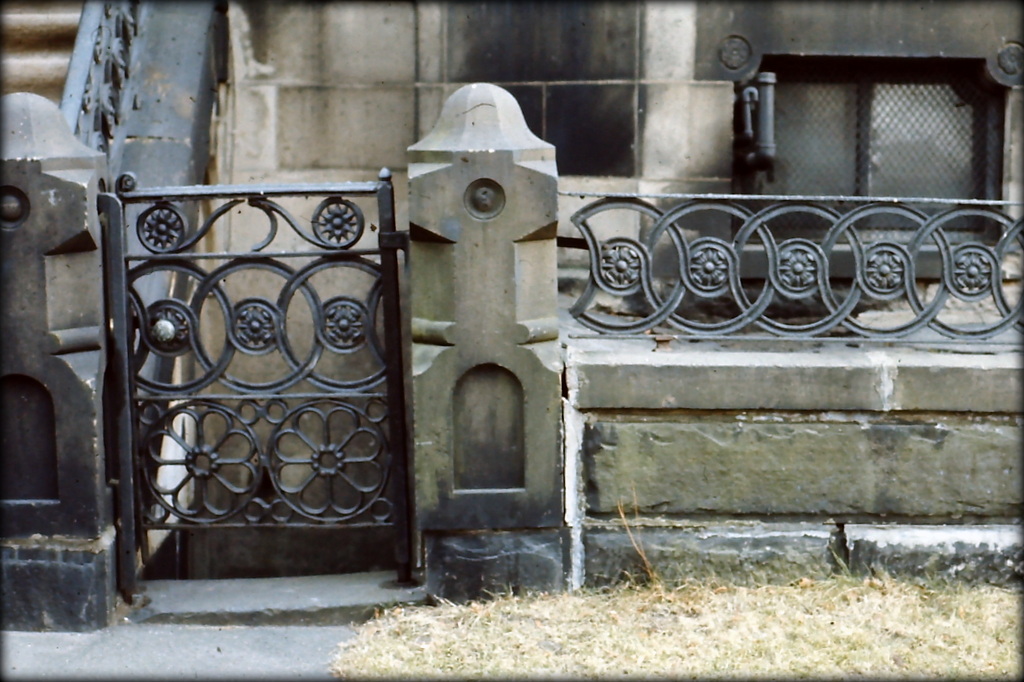 Here is another circle design. 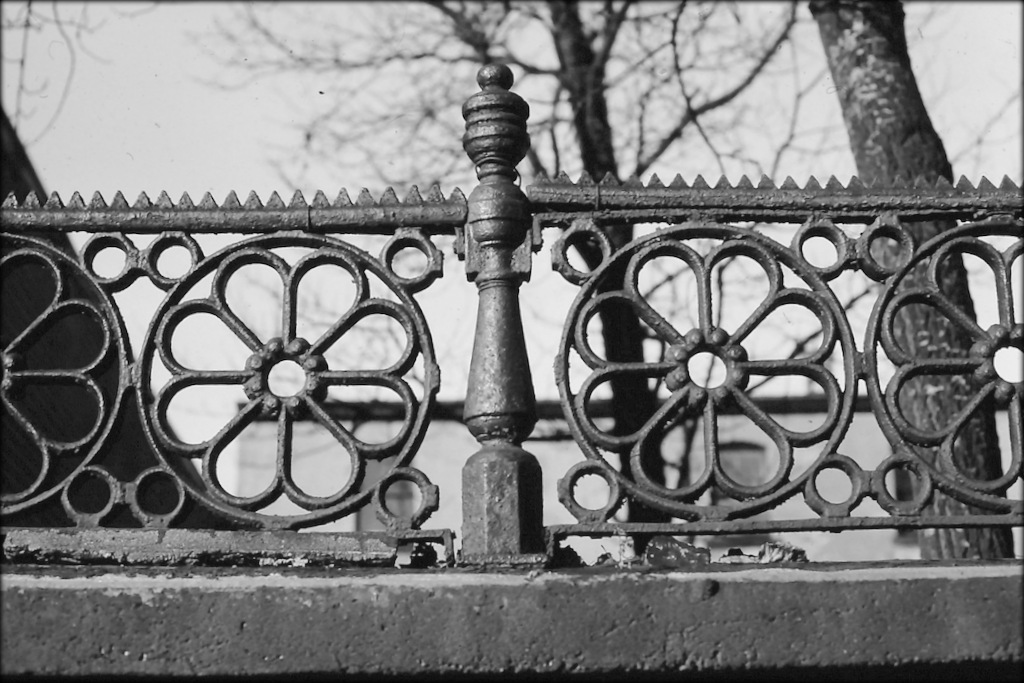 It is around the back garden of a house with a very special conservatory. You can see how the ironwork is an extension of and a complement to the architecture of these houses. 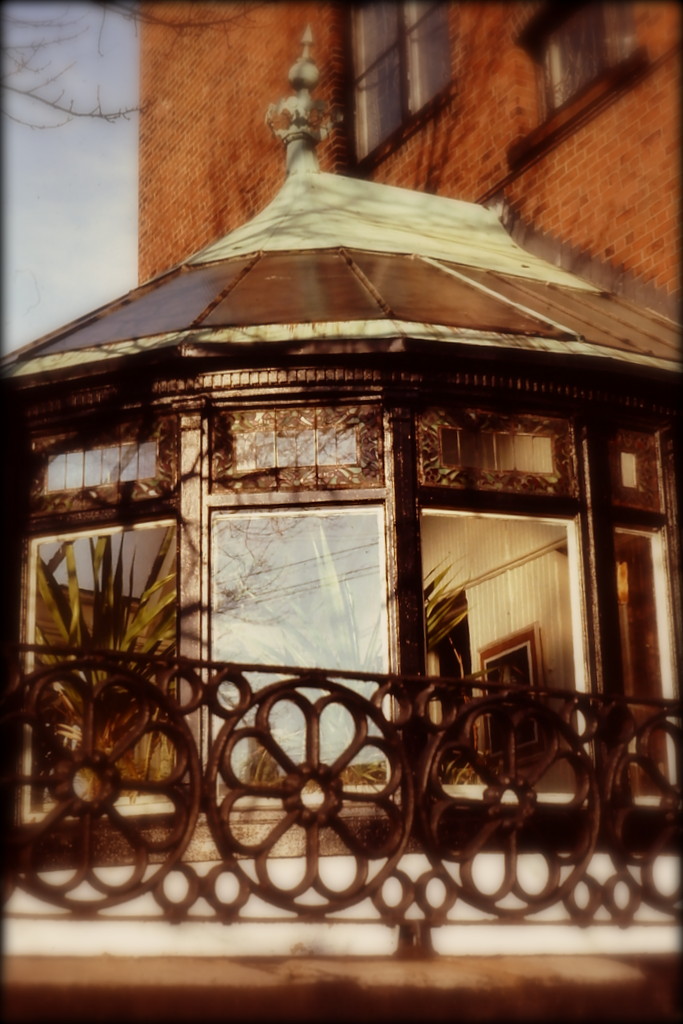 Ironwork designs are not always perfectly planned: here the railing and the gate do not exactly match. 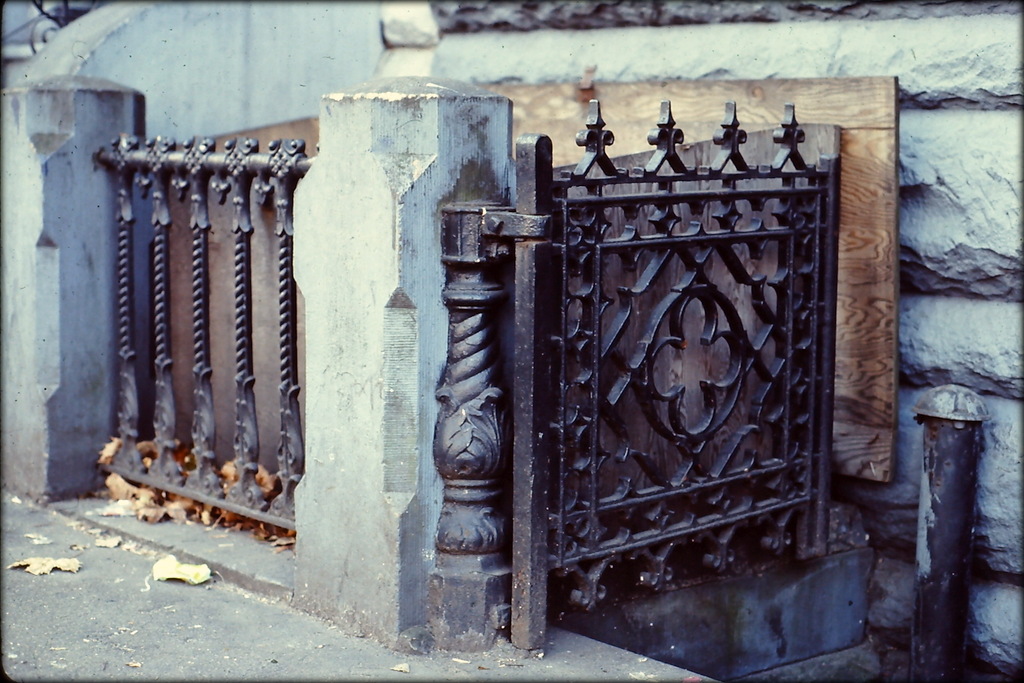 And this example is not so much decorative as reminiscent of a medieval torture device. Ouch. 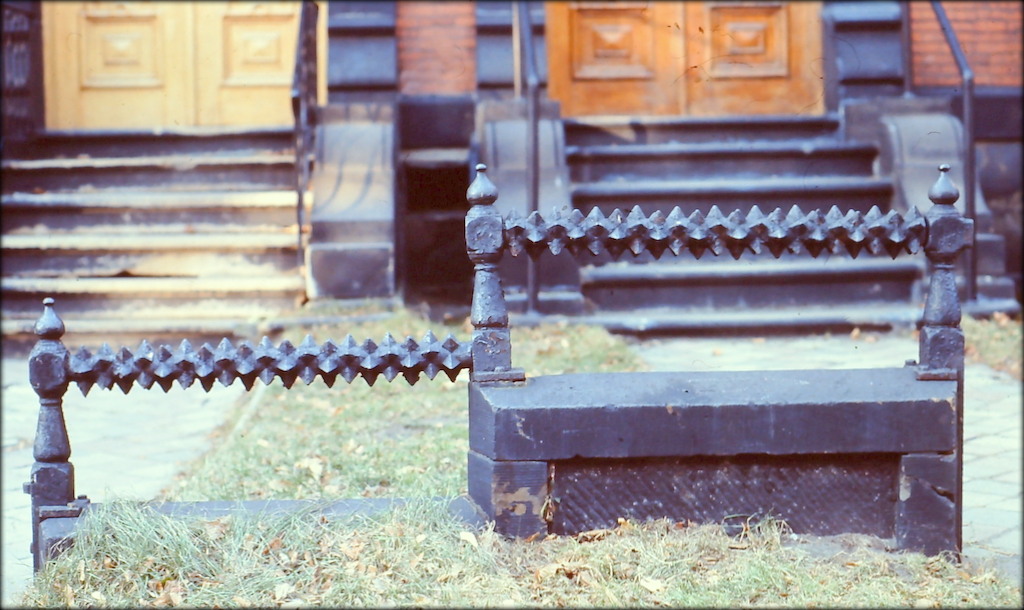 Away from the Great Fire zone more fences were found. A particularly refined design was next to St John’s Old Stone Church. It has since been removed. 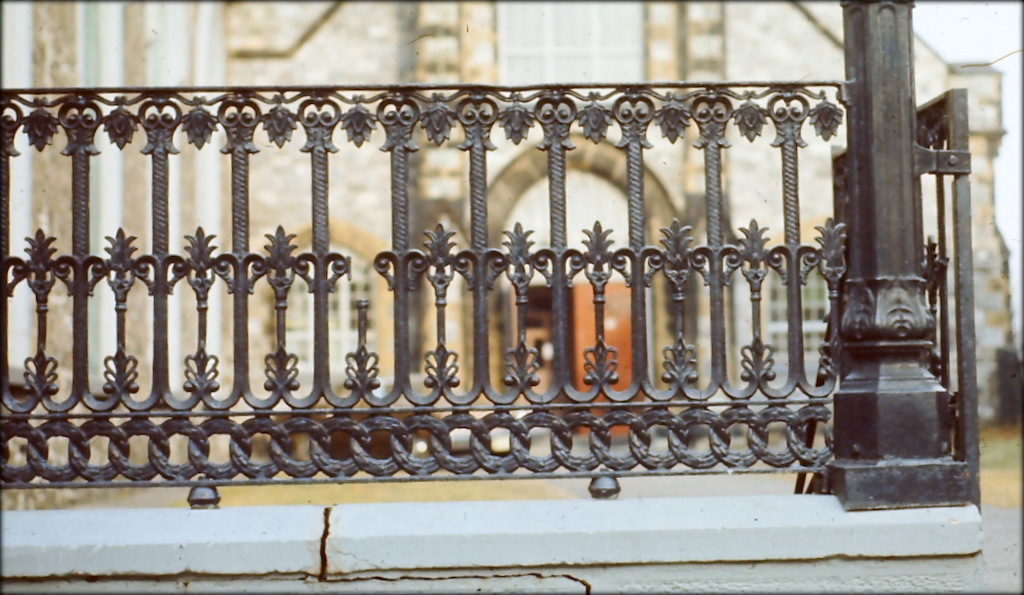 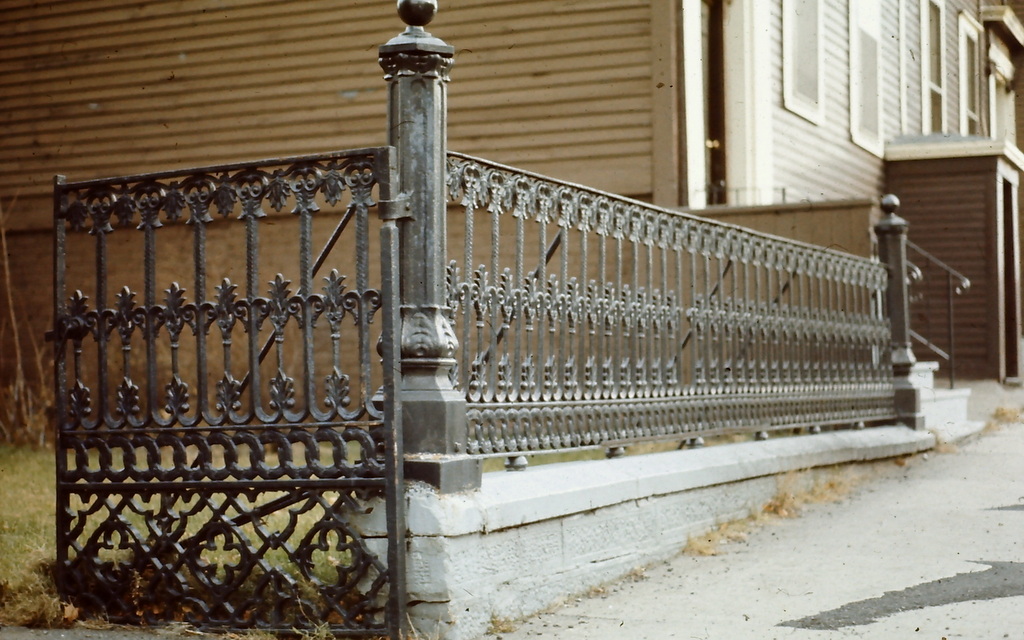 Also missing is a particularly pointy fence that was  just down Carleton Street  from the Stone Church at Findley House. Notice the boot scraper on the on the step. 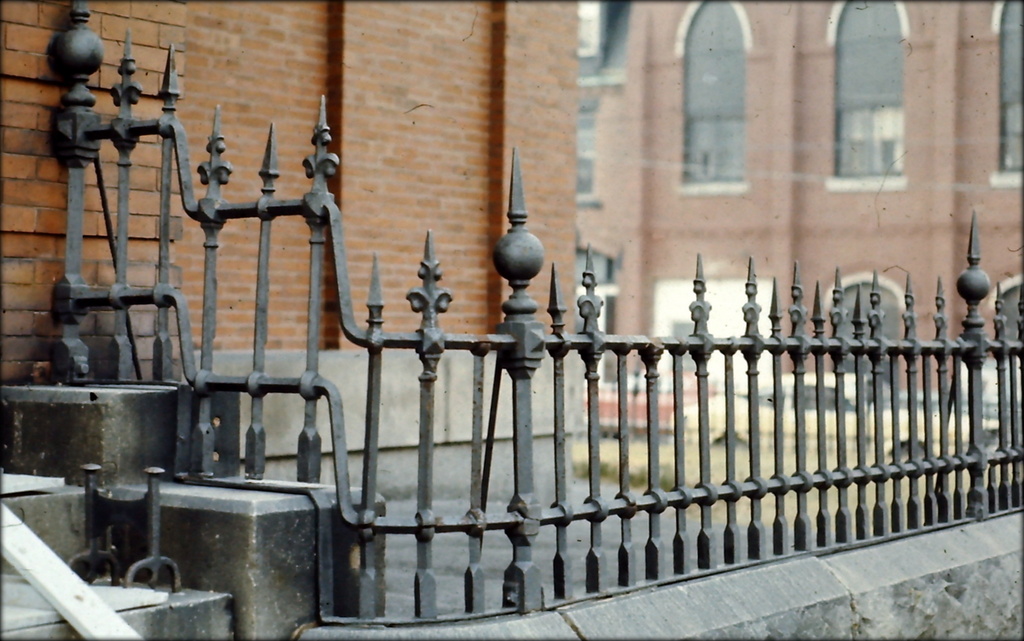 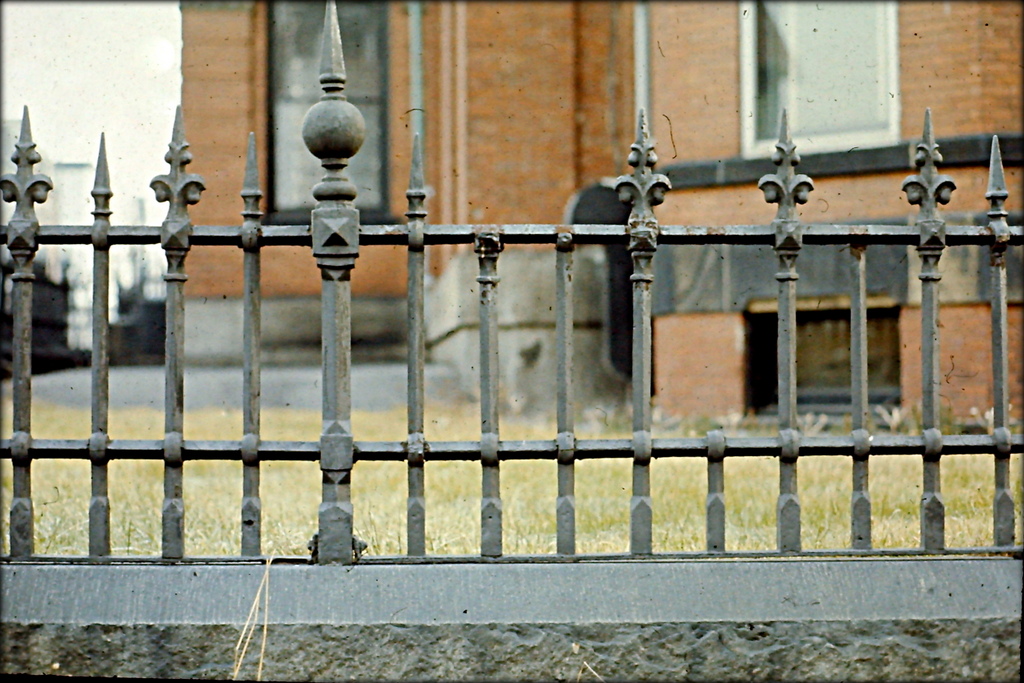 My memory is that this fence was around a large property on Douglas Avenue. I particularly like the band of Greek key at the bottom of the gate. 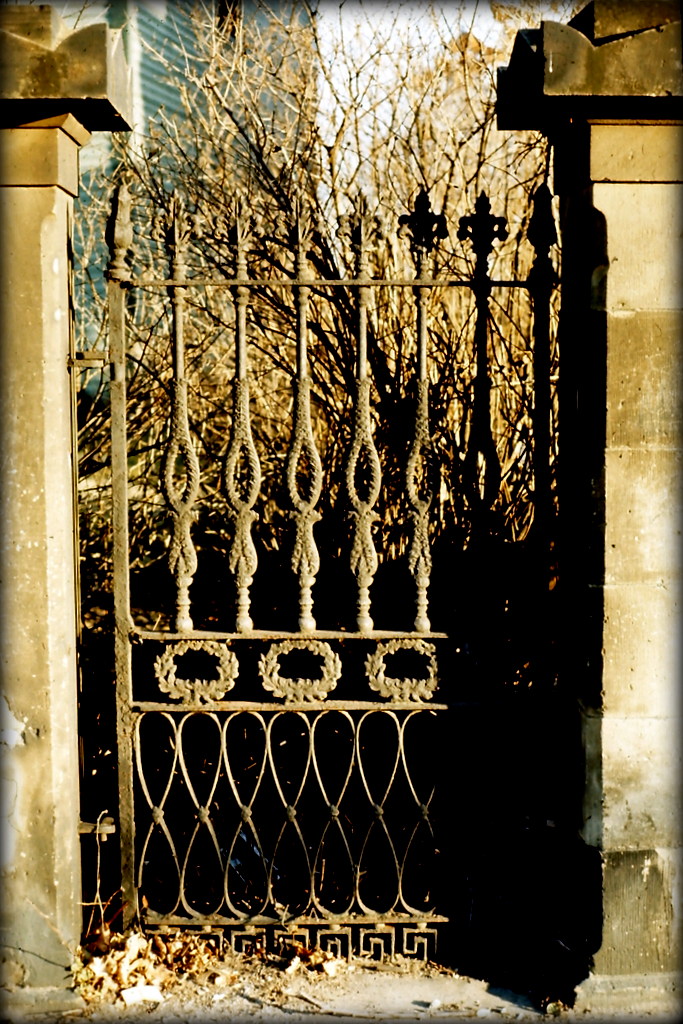 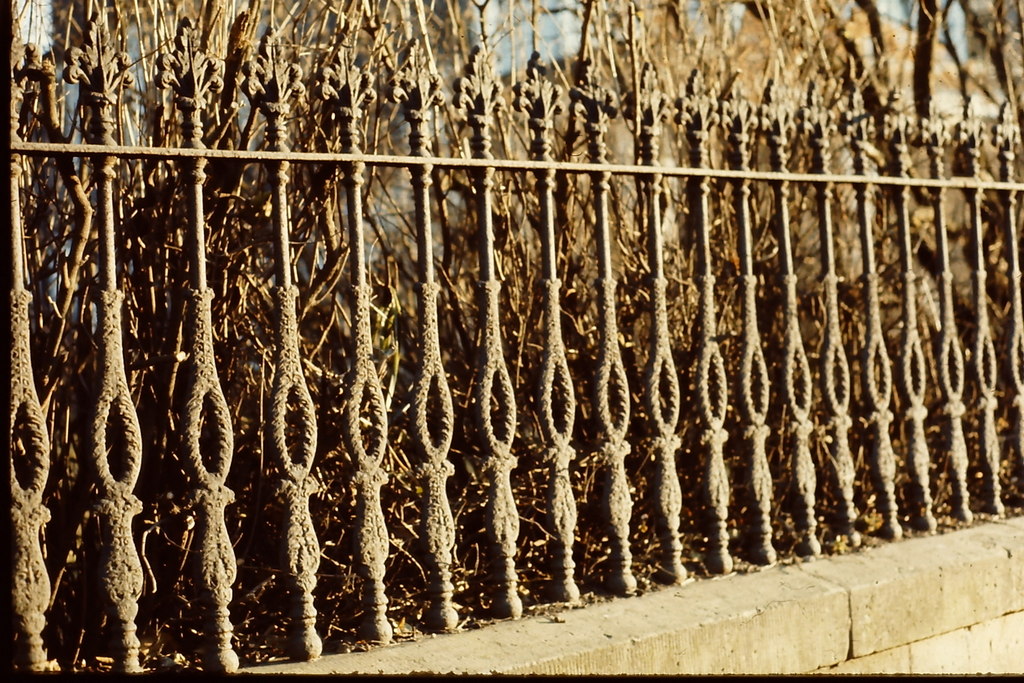 Besides the iron fences, I was also noticing cast iron columns on shop fronts. In those days I carried a magnet so cast iron could be identified beneath many layers of paint. 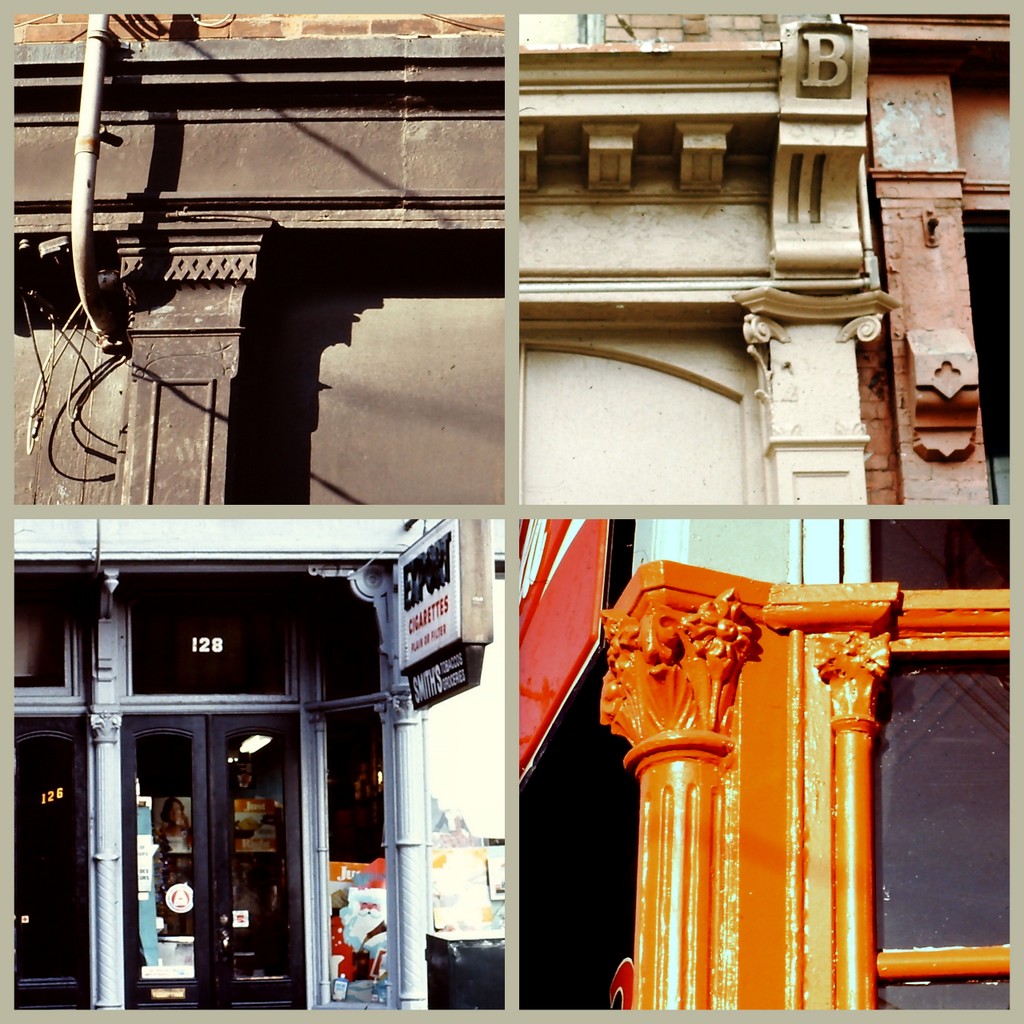 Now the sign advertising corned beef and cabbage for $2.25 is as interesting as the iron columns on this beverage room. 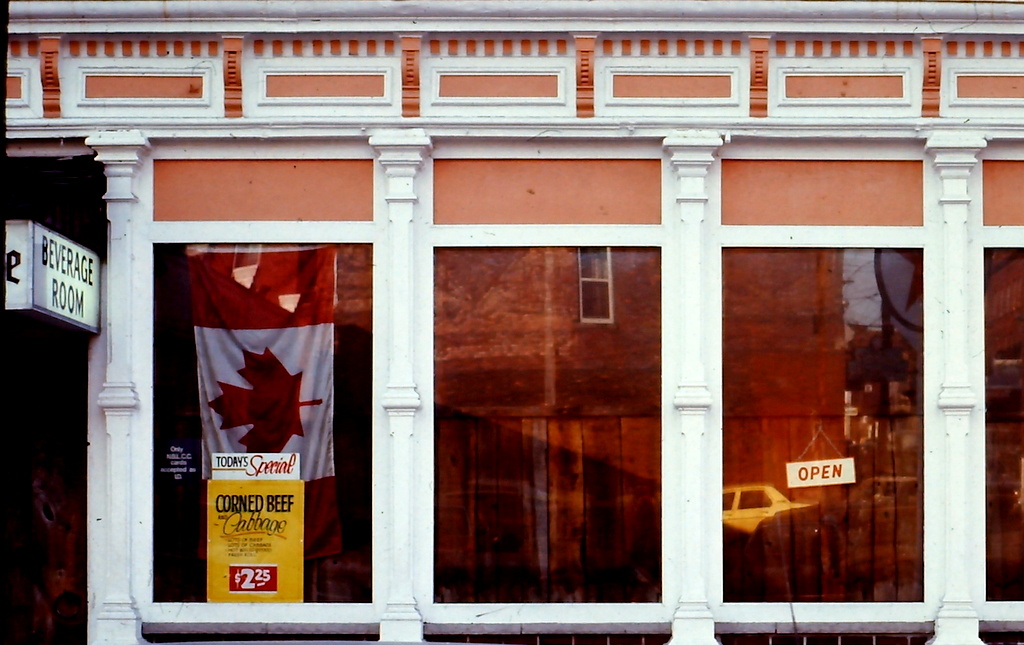 Generally the iron fence designs seen in Saint John were different from those identified in Halifax. Many examples could have been local products. I didn’t notice maker’s marks but there are cemetery fences in Nova Scotia cast by Saint John foundries.

This wooden fence on Adelaide Street felt like it might have had a previous life somewhere else. 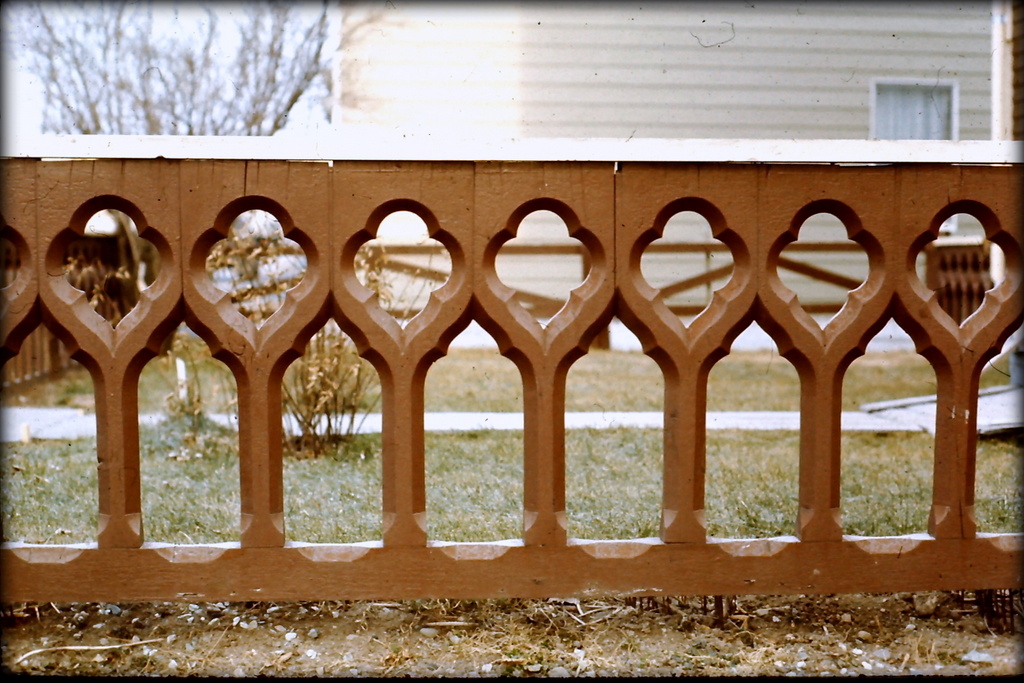 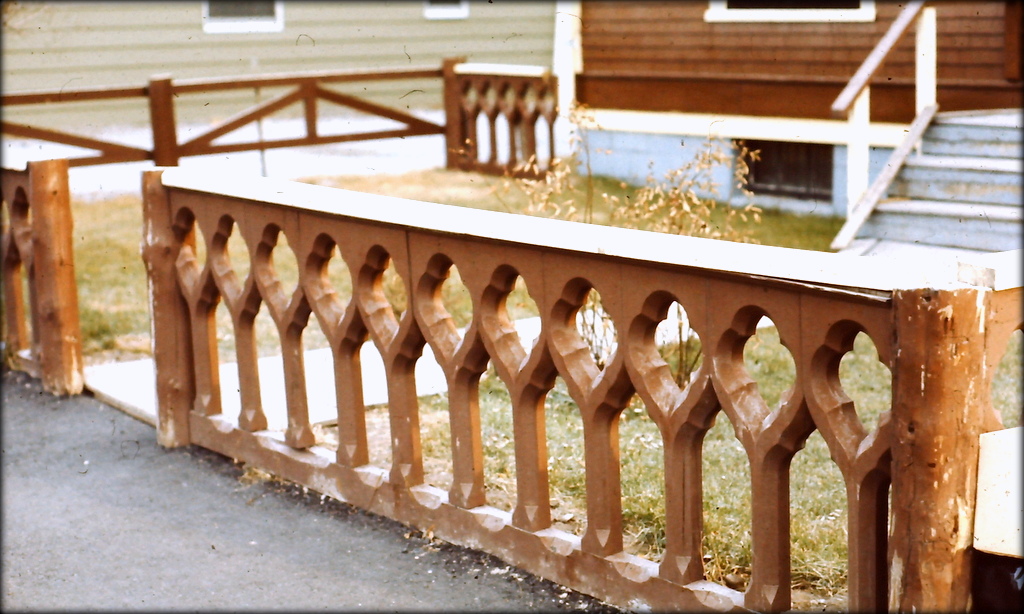