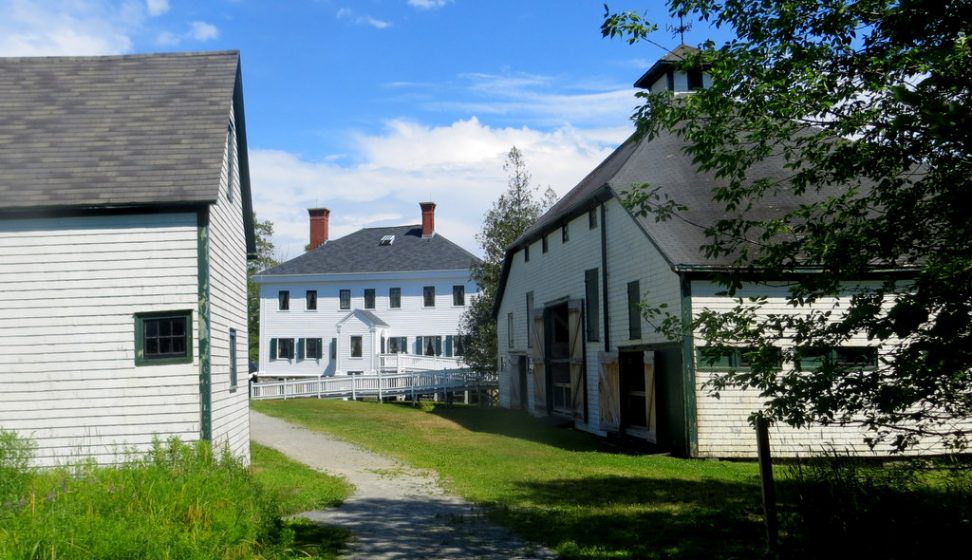 This summer Uniacke House celebrated its 200th birthday – a while back we stopped by for a celebration and cake! The stately country house has been spruced up and is looking its best, making this a perfect moment to visit. Uniacke Estate Museum Park is operated by the Nova Scotia Museum. You can find its history and visiting details on the web site.

My first visit to Uniacke was in the 1950s and for decades the site didn’t change much. About 20 years ago the museum began reevaluating what was known about the site and added a wonderful system of walking trails. In this blog I thought it would be fun to tell you some bits of information I learned then that changed the way I think about and appreciate the house and estate.

1. The Road and the First View

Today the estate might feel a bit off the beaten path, but in 1816 folks thought it was in the middle of nowhere. Yet Richard John Uniacke planned his estate and sited his house knowing that the Halifax gentry travelling to summer homes in Windsor had to pass his estate and would stop to marvel at his extravagant taste and often drop in to pay their respects.

Today you still get a similar thrill. The long entrance into the park follows the original, old post road (the only road in the province at the time). When you emerge from the woods there is the house, a powerful statement in the landscape, as it has always been. Here is a view, from the other direction, of the house and outbuildings drawn shortly after they were built. The landscape is remarkably unchanged over the centuries. Most visitors today enter the house under the grand, colonnaded portico. When the house was new, guests arriving on horse or in a carriage would be greeted and enter from the other, less imposing side. Once inside the house, they could then cross the hall and emerge on the raised piazza of the garden front (the facade we are familiar with today), and survey the vast panorama of pastoral and wooded landscape Richard John had created out of the dreadful wilderness. It was, and is, almost like stepping onto a stage, with nature artfully arranged before you. Uniacke was born in Ireland in 1753 and landscaped his estate using the fashion that was popular at that time. This style prized long vistas, punctuated with picturesque clumps of trees. Sheila and our friend Mern sit on the drumlin contemplating Richard John’s artifice with the house dimly visible in the distance. This view reminds me of the Thomas Gainsborough 1750 painting of Mr and Mrs Andrews in their country estate. I suspect that Uniacke would be pleased with the comparison. It is challenging to imagine that a 200 year-old house was once modern, but Uniacke had the most up-to-date, cutting-edge heating system of the day: wood stoves. Before this, houses were heated (poorly) from open fireplaces. Rooms in Uniacke House had fireplace mantles but they were just gestures, similar to whip holders that endured on the first horseless carriages.

HIgh-legged, box stoves stood in front of the mantles and connected into a flue. The stove in the dining room is surrounded by an extraordinary collection of portraits. Pro tip: the Art Gallery of Nova Scotia could make an impressive winter exhibit by borrowing the paintings from this room. After Richard John died in the 1830s, the house was mostly used by family members as a grand, and slightly mouldering, summer cottage. The original furnishings remained, and many Victorian decorative touches were added. Think of it as a big, eccentric country house with aunts painting watercolours, cousins reading novels by the lake, and siblings rambling through the woods.

All things you could do today. Why are you waiting? What do I remember from my first visit to Uniacke House about 60 years ago? Probably the same thing that still delights folks today: the holes cut in closet doors so cats could conveniently stalk mice.