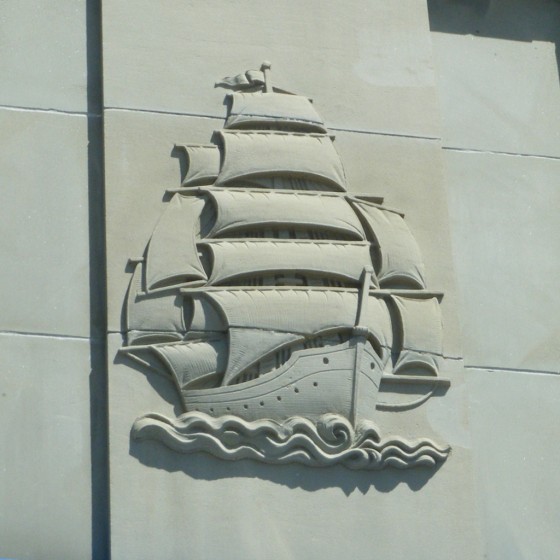 Apparently our developers will soon be presenting their design concept for the block of Spring Garden Rd facing the Central Library (Queen to Brunswick). * [News  flash – the plans are available- see bottom of blog.] Over the last months the buildings have been emptying in preparation for demolition. Sounds like a good time for all of us to pay our last respects.

A couple of weeks ago I snapped some shots while walking up the street to make this little panorama (that is probably too small to see).

The east third of the block are 19th century brick row houses that have accommodated restaurants and shops for decades. Most famously this was the location of Fat Frank’s in the late 70s and 80s; the beginning of restaurants identified with a chef/proprietor.

Nova Scotia Trust Company built the centre building in 1958 (designed by the Dumaresque firm). Below is a photo from a couple of years ago when TD  was still the tenant. The white stone is limestone from Alabama and the black stone at the base comes from Sweden. 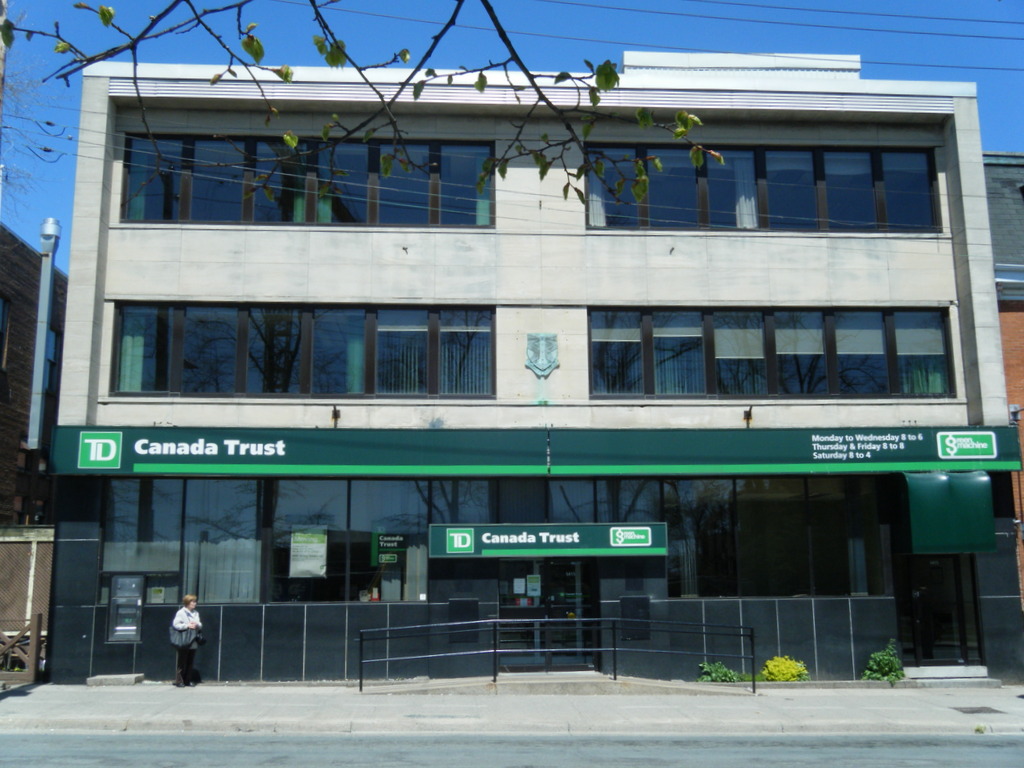 This is a modern style of building that does not get much recognition but seems to have served the street well. I wouldn’t have guessed it was 57 years old. In the 80s we would line up on the last day possible to buy RRSPs.

At Queen Street is the Maritime Life Building constructed in 1954 as the head office of our successful local insurance company. The building steps back from the street and the entrance facade faces the intersection to present an imposing view as you head downtown. In recent years a bump-out on the Spring Garden road side took advantage of the setback. 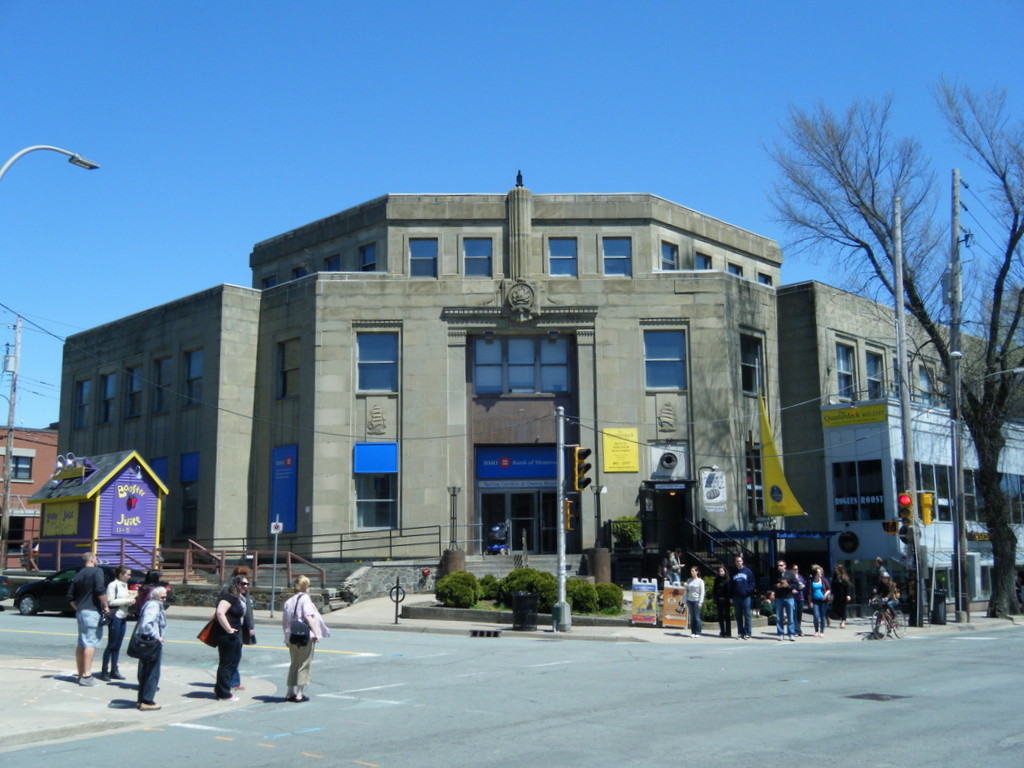 The building has an Art Deco feel that was a little old fashioned even when it was new. The quality materials and details show that the client wanted a home they could be proud of. The sandstone cladding is from the Wallace quarry  in Cumberland County. 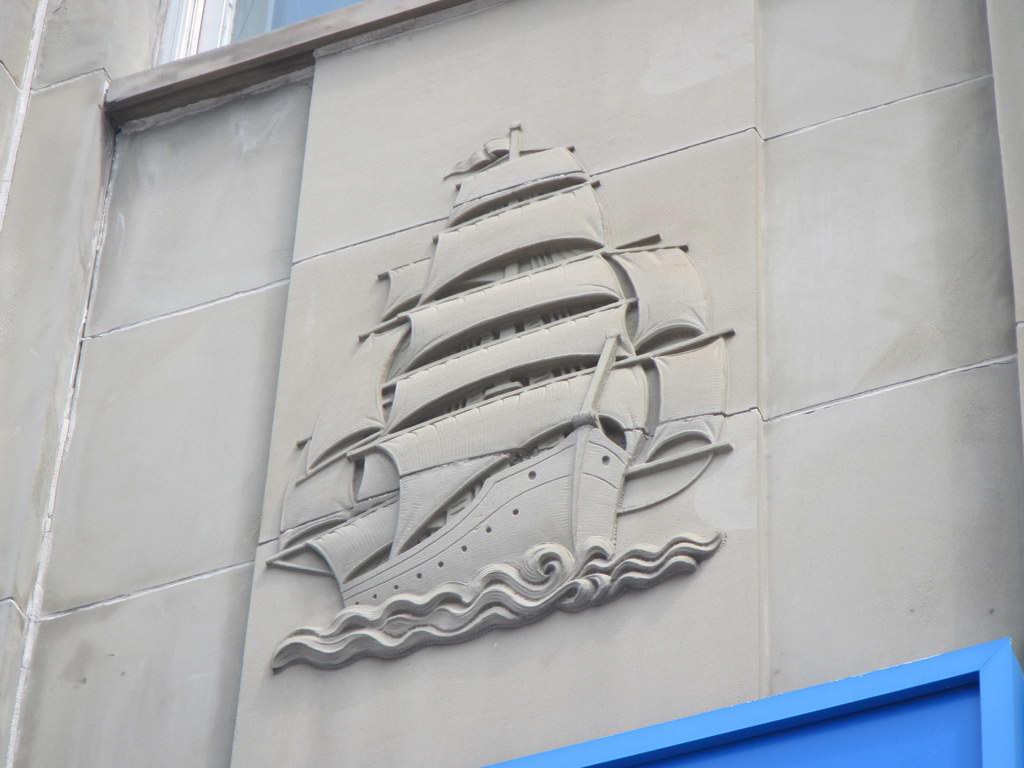 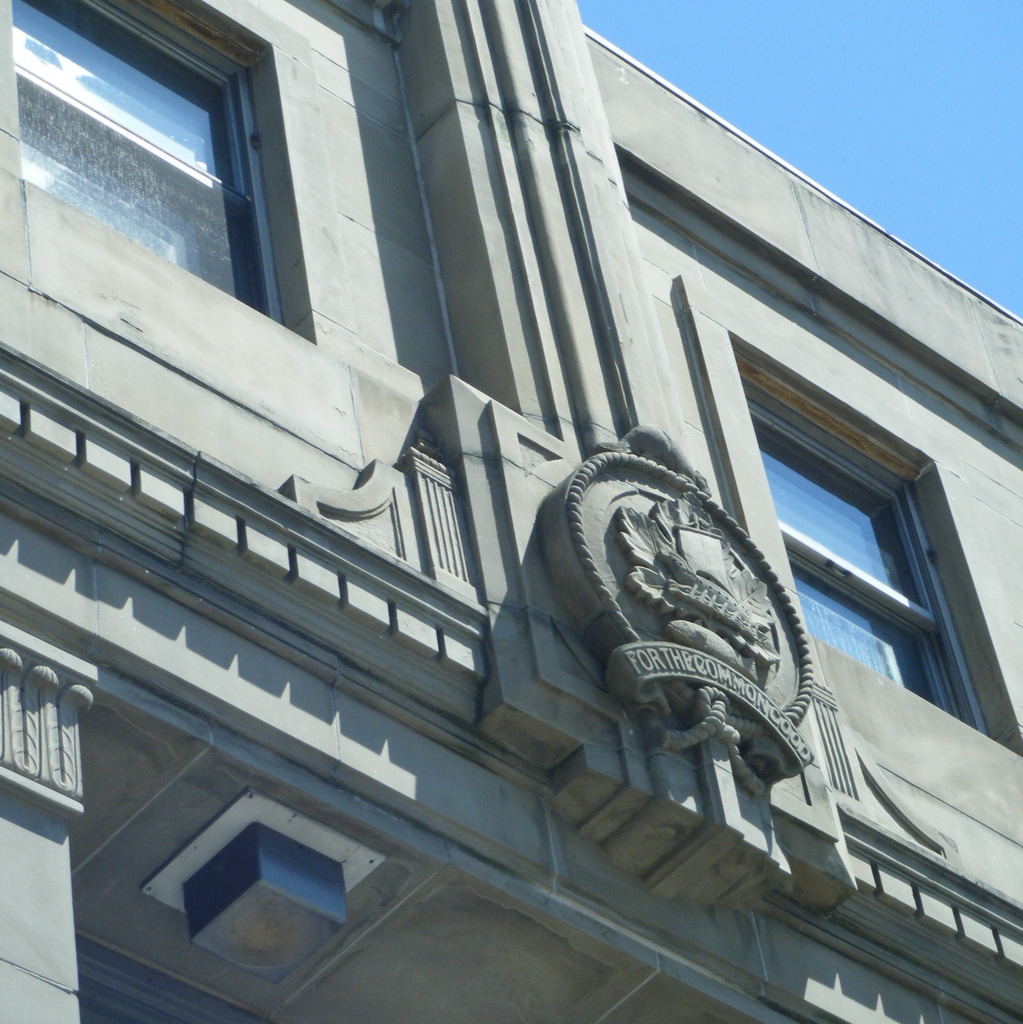 The real joy is the foyer which is not grand in scale but rich in materials. 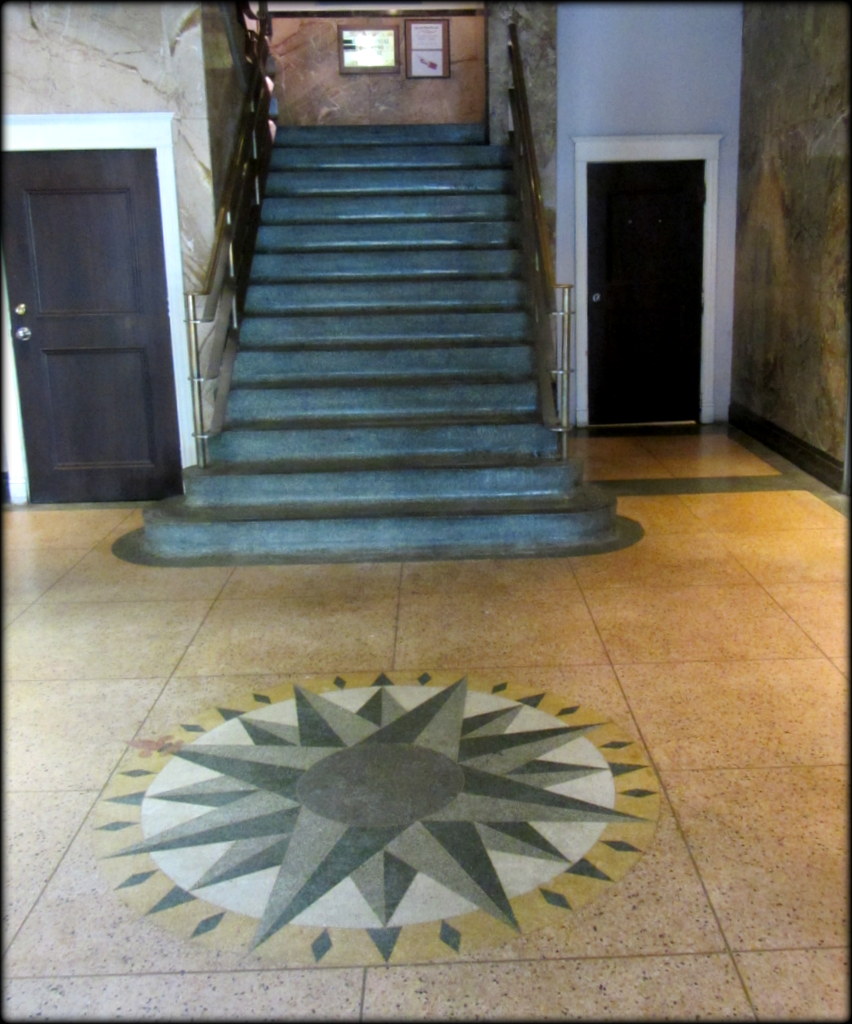 The walls are covered in marble from Brescia, Italy; book matched to create fanciful designs. 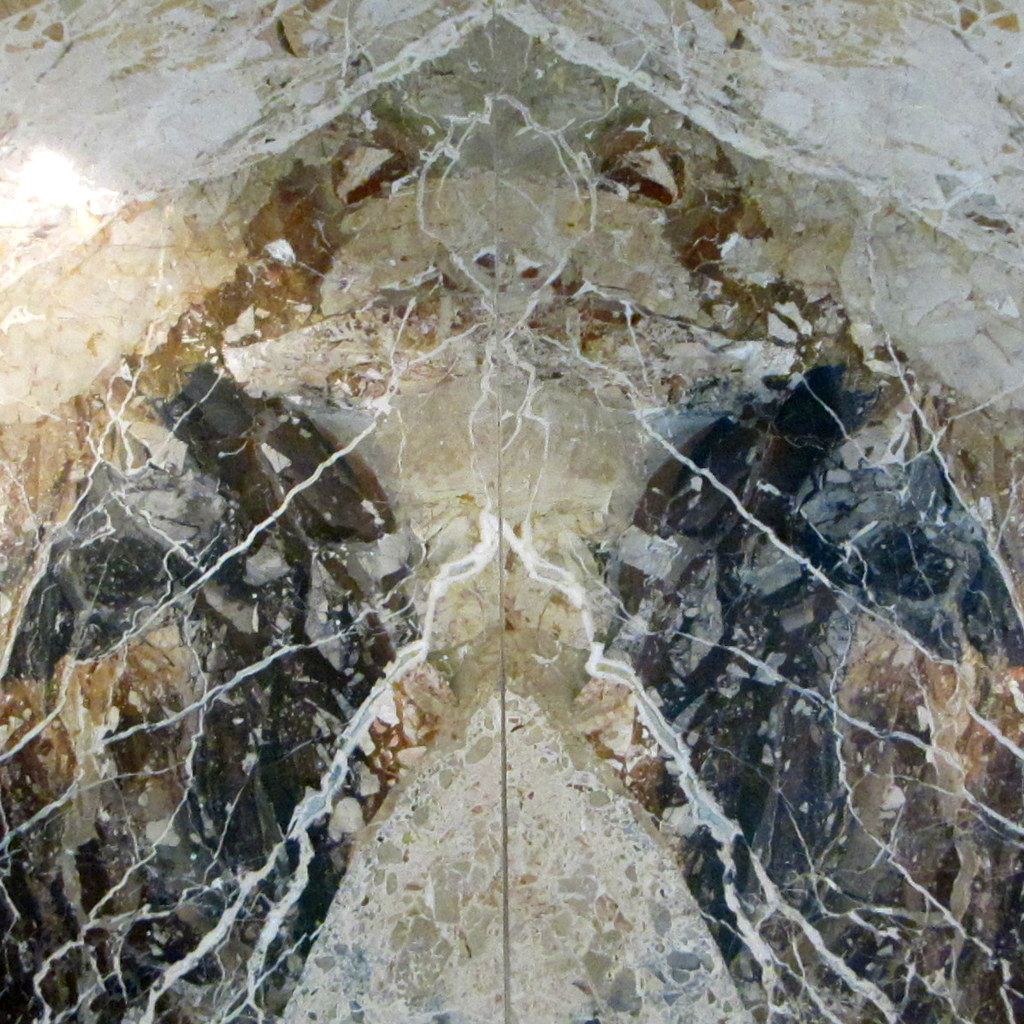 A clock set into the marble wall. 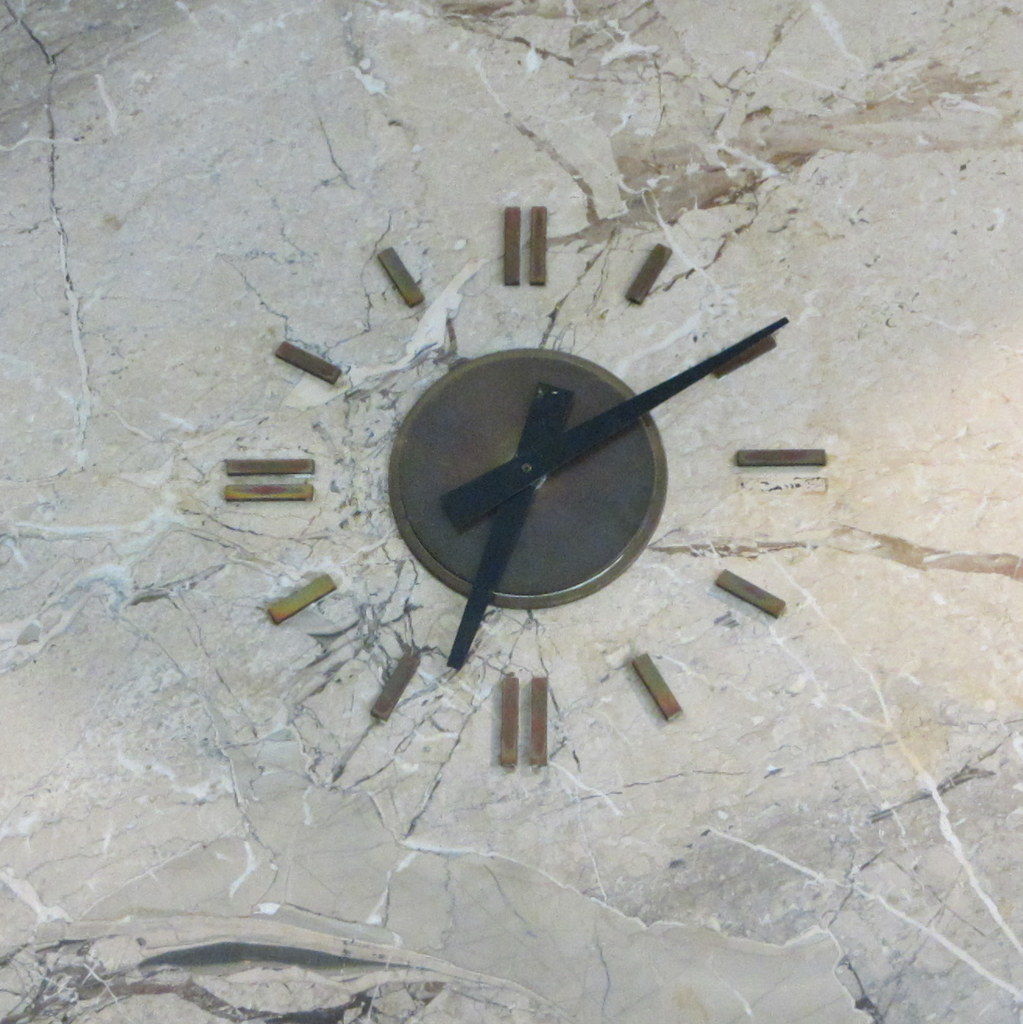 And a compass rose of beautiful coloured terrazzo in the centre of the floor. 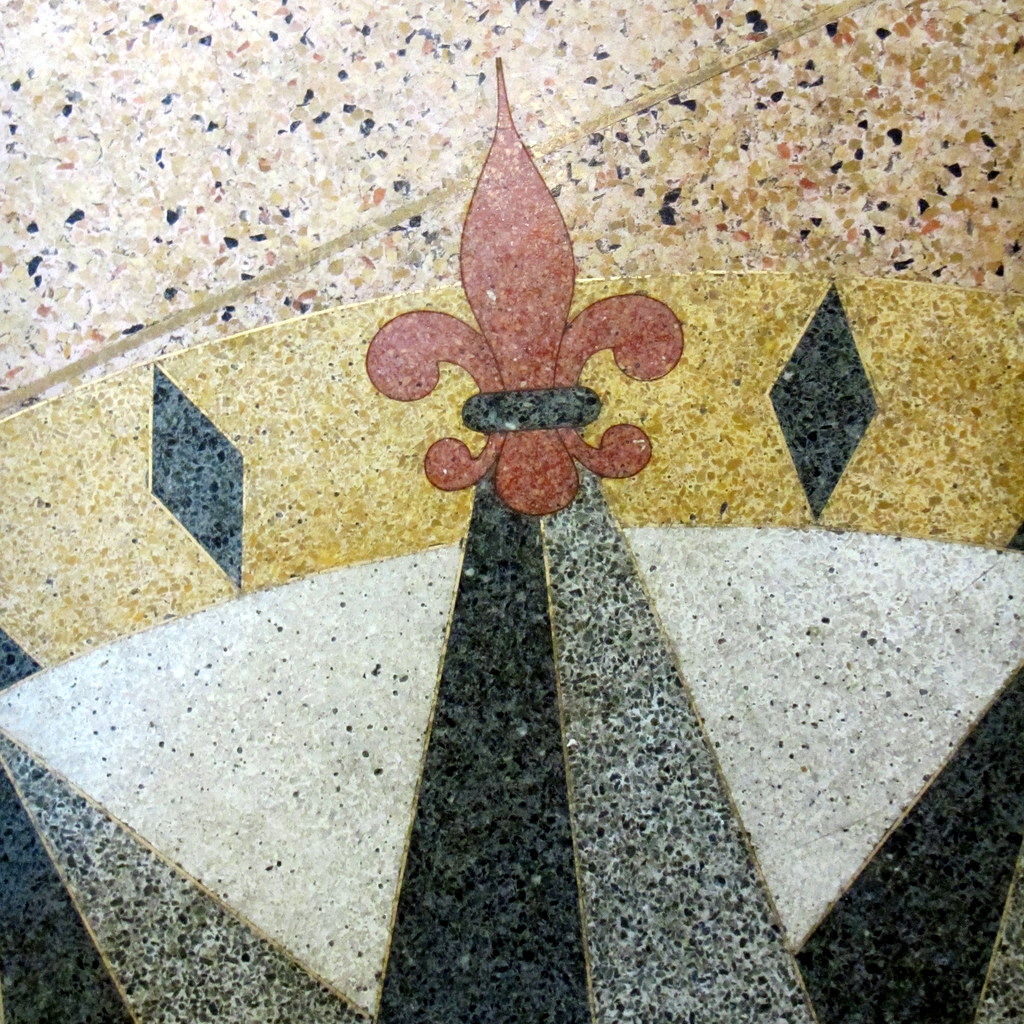 The sculptural handrails  greet each landing with confidence. 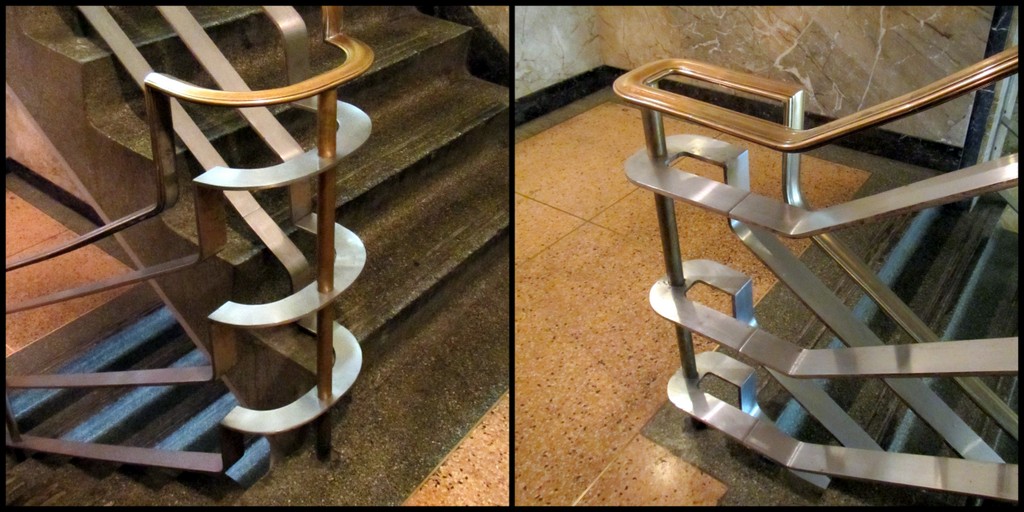 When we get to judge the new building proposal the quality of materials and details are things many of us can understand better than overall form. 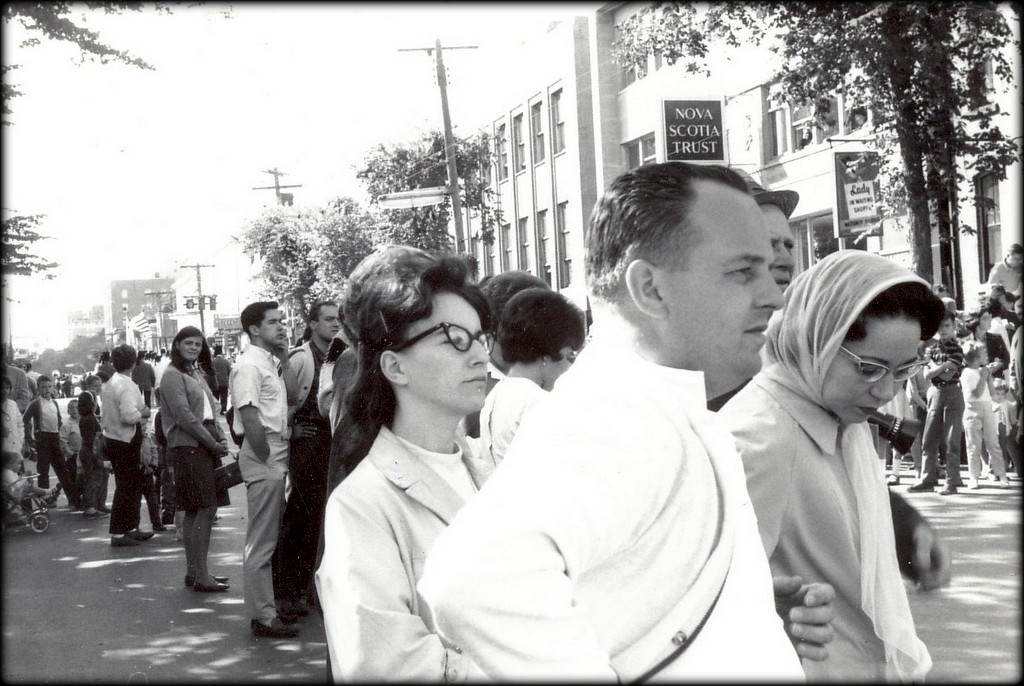 This is as close as I get to a Robert Frank style of photo. I like that the crowd looks off screen for the unseen parade while the young woman to the left looks at the camera and the camera looks back. This stuff doesn’t just happen. 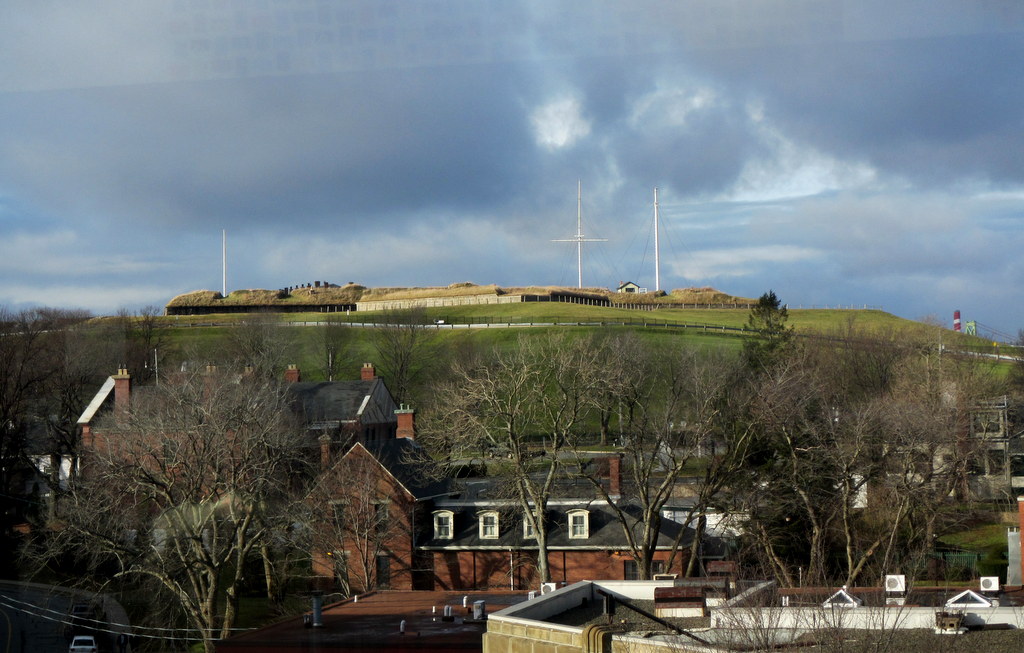 Another way to judge the new proposal is how well does it play with our library. 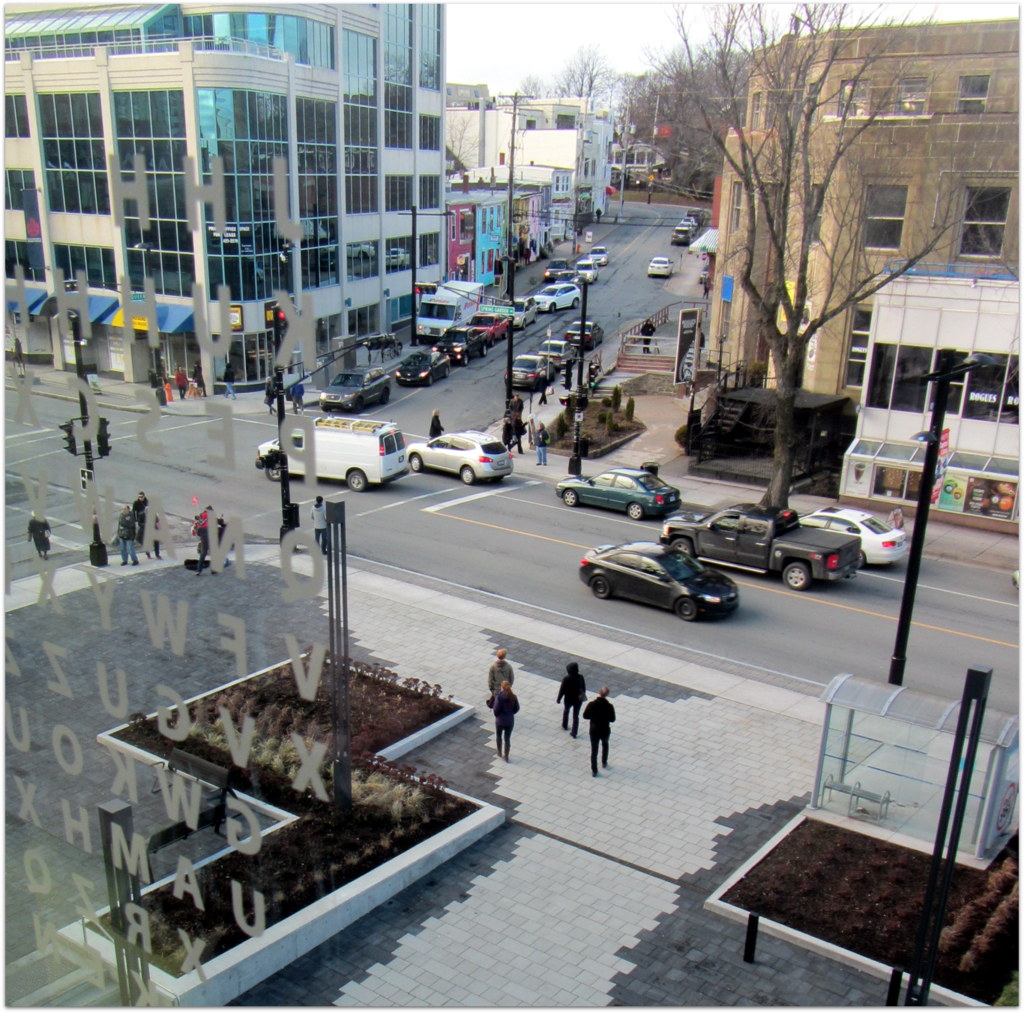 *Tim Bousquet on Halifax Examiner points out that the proposed plans for the development are now available. At first glance it looks like an interesting start. A green room and small landscaped terraces breaking up the facade are pluses. Take a look.