Last week we went to Glasgow. Sheila realized that the Westjet direct flights from Halifax were ending and this would be good research for future adventures in Scotland. The flight was super convenient, leaving at about 10 PM, and we were standing in front of our rented West End flat by 9 AM . 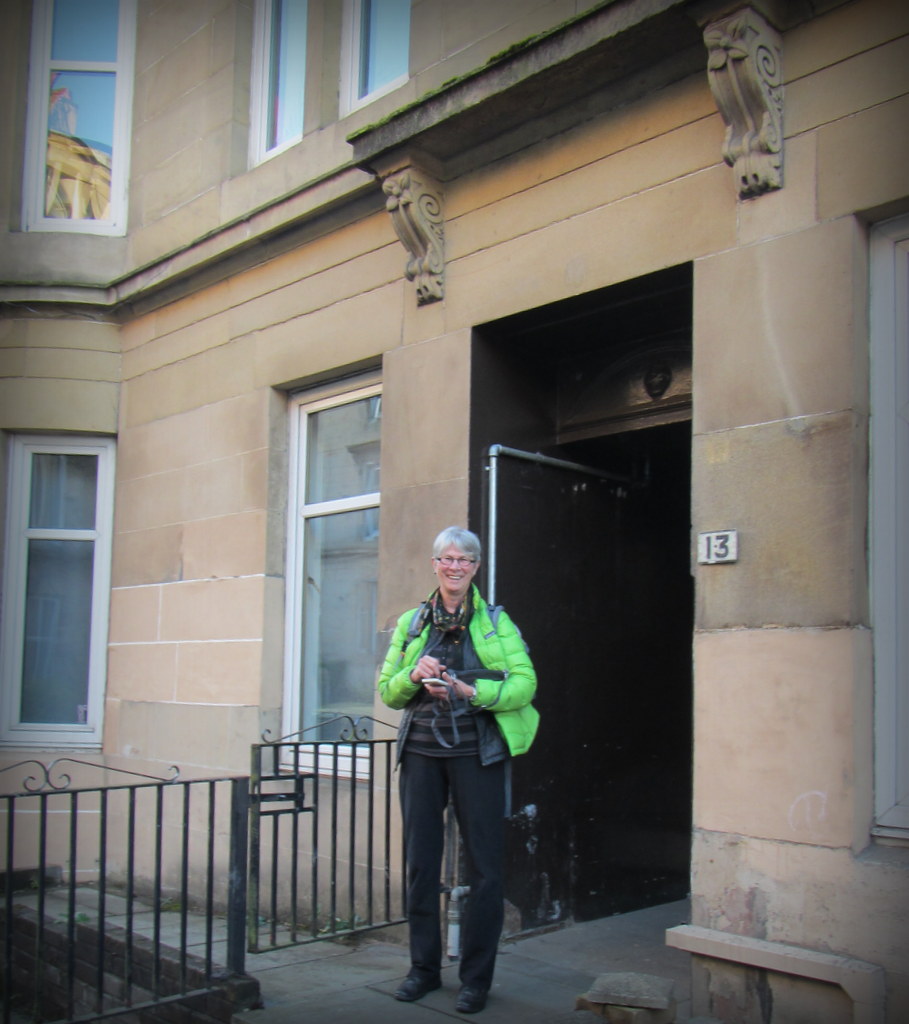 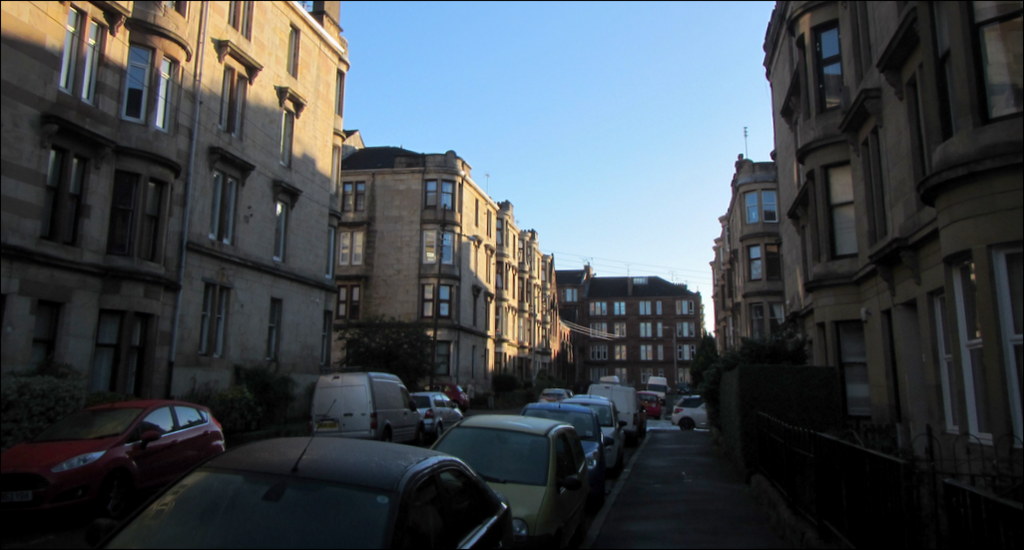 Checking in the kitchen cupboards revealed products we do not stock at home and in the grocery store there were many clues to where we were. 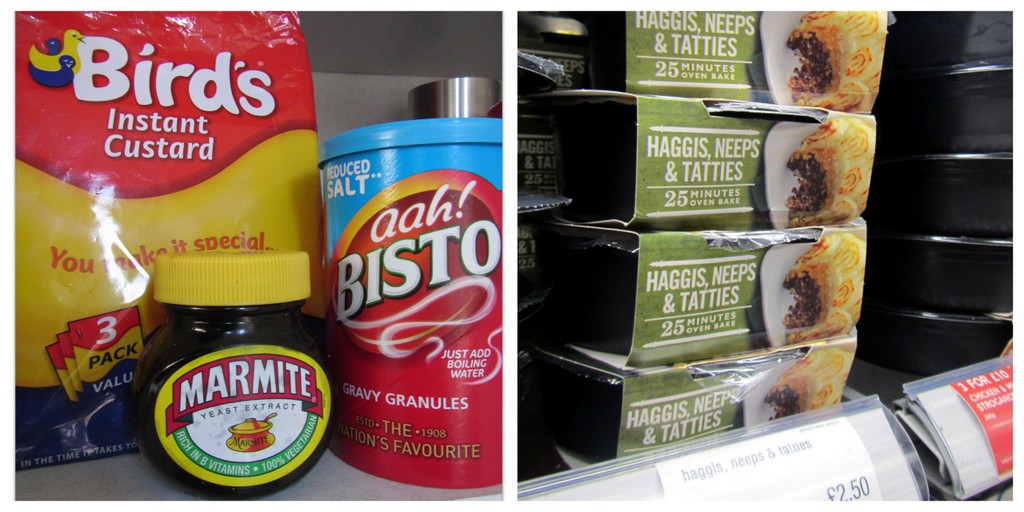 Glasgow has been described as the best Victorian city in the world and there are an endless number of big, richly decorated buildings from the end of the 19th century. As we stood and looked at this edifice Sheila noticed the celebrations of local industry in the pediments over the middle windows: engineering, ship building, heavy manufacturing. 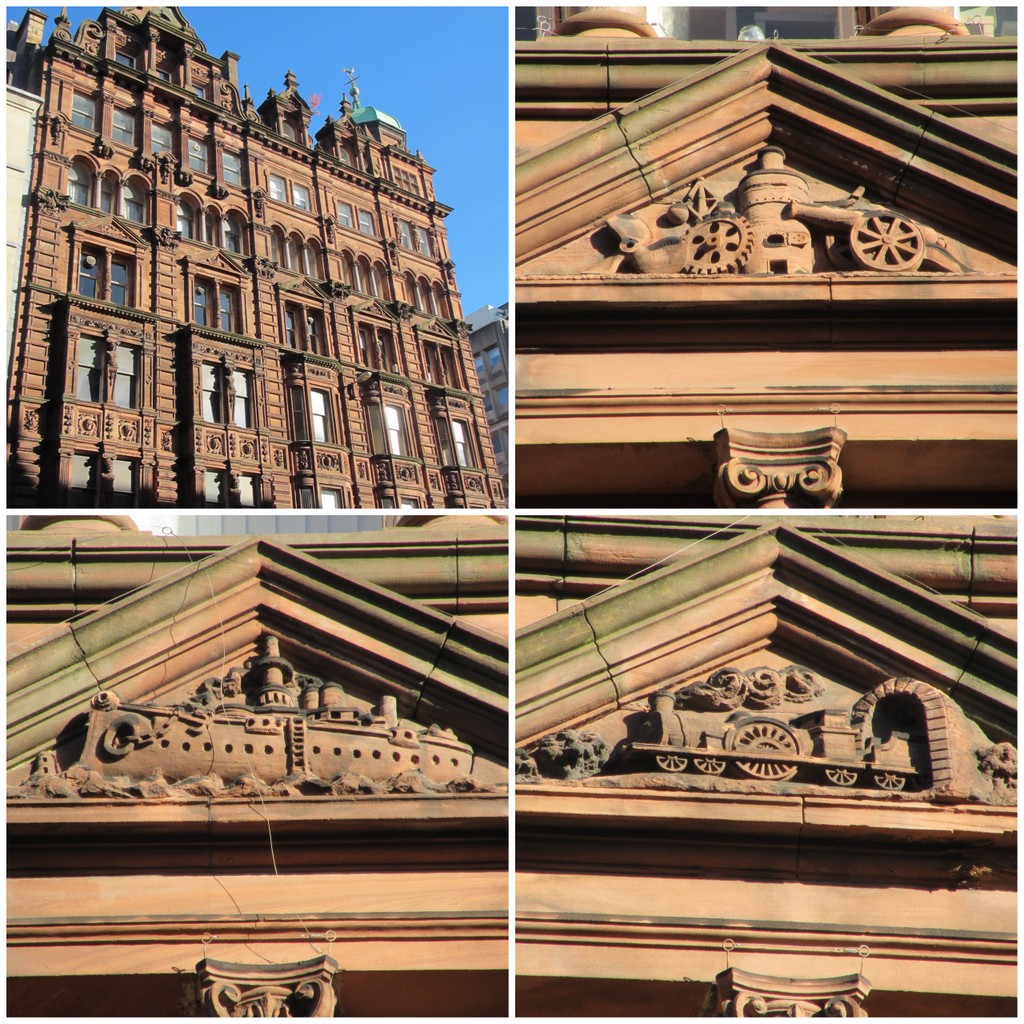 Of course we visited the required tourist destinations but in Glasgow they have a special character.  The Cathedral dates from the 1200s and was founded by St Mungo who is buried in the basement. The best view is from the Necropolis, an amazing 19th century cemetery on a hill behind the cathedral.

These days the most common photo of Glasgow is this equestrian statue of the Duke of Wellington who always wears a traffic cone on his head. On the day we visited the horse was also endowed. People love the tradition and images of the hack are everywhere. Could be an idea for our Cornwallis statue? 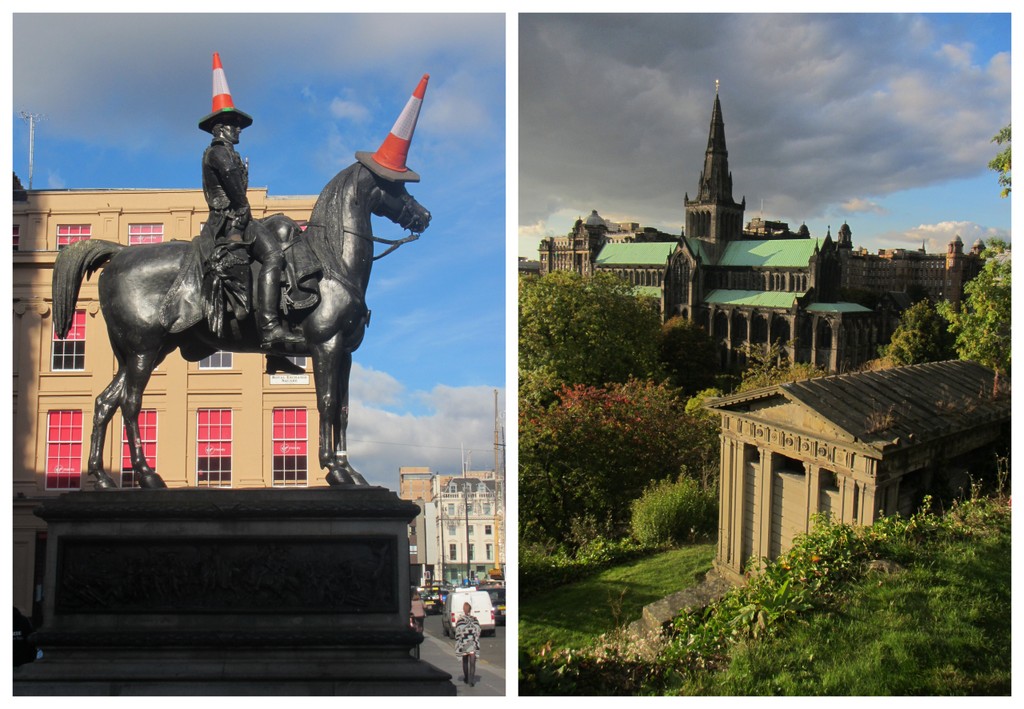 Of course there were endless little details to discover: street names reverse painted on glass; a school door for girls and pre-gender infants; a lovely ceramic clad garage; an old whiskey ad uncovered on the side of a pub. 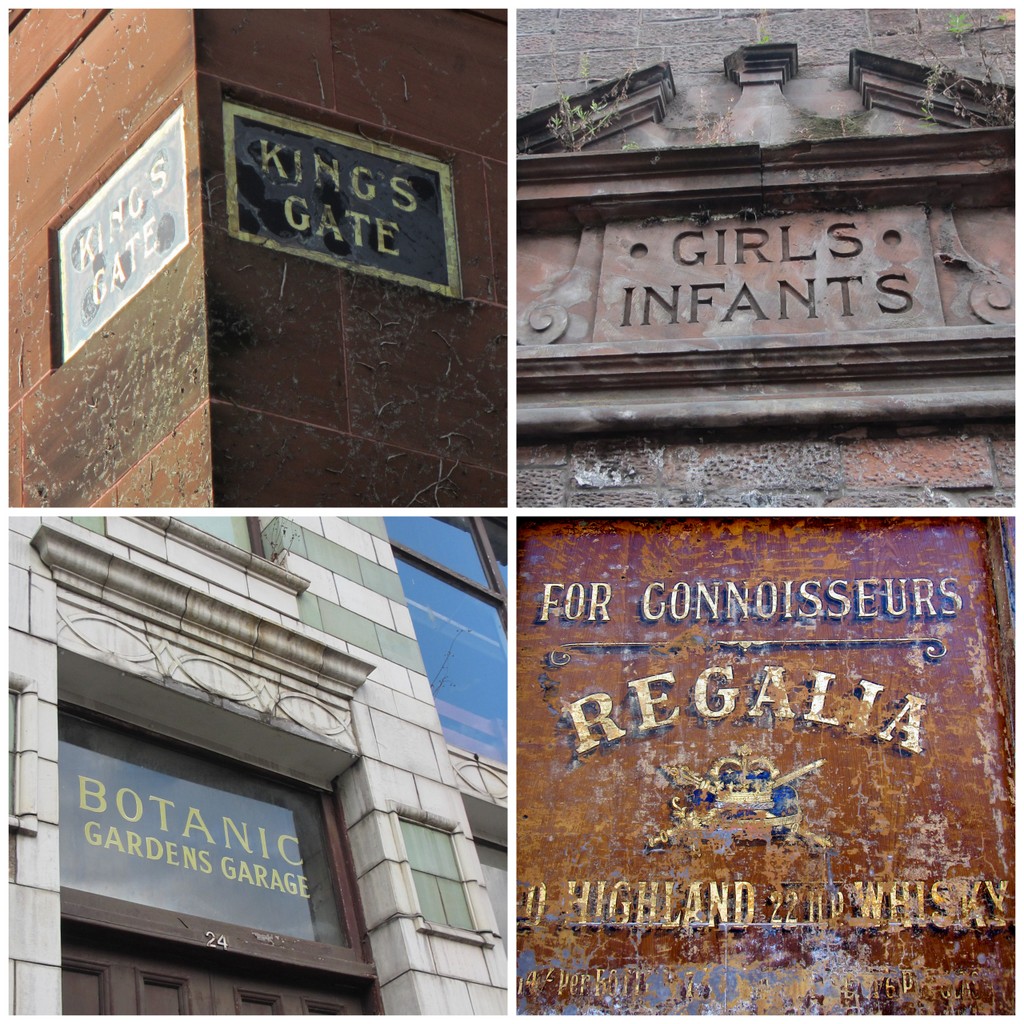 Glasgow operates many  great museums, all of which are free. We noticed lots of children around and learned it was October Week – a school vacation. Fun to see families engaged in having a good time and their enthusiasm added an extra level of energy to the city.  For example these children in red chasing each other around a formal garden at Pollok House, using their outdoor voices. 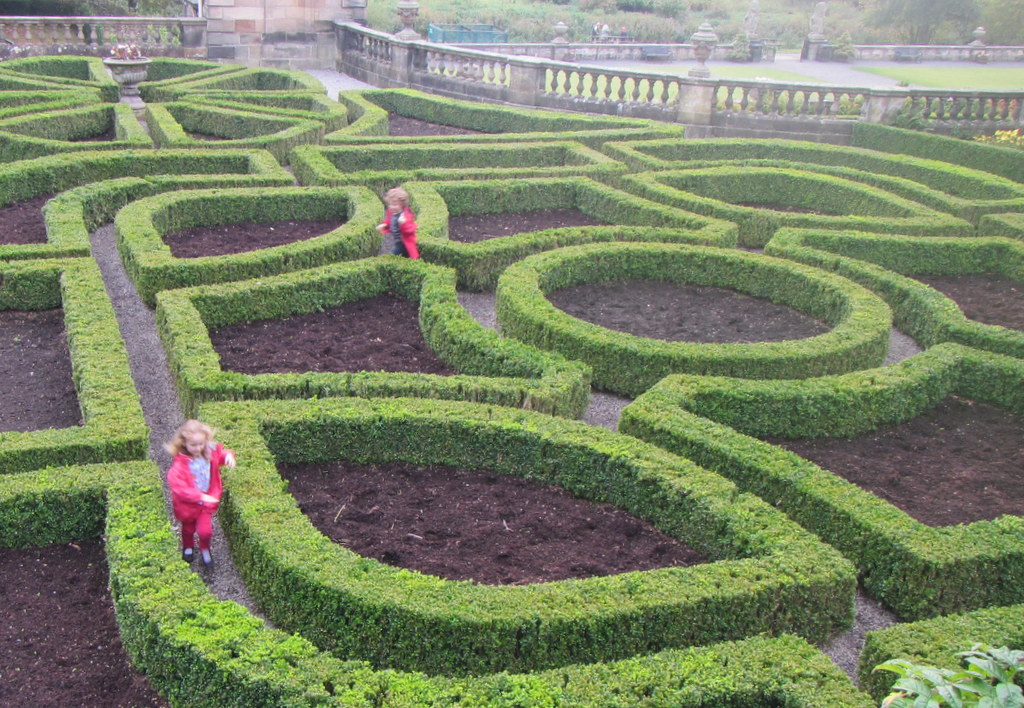 Also in this park were a herd of highland cattle and the barn for the city’s teams of heavy horses (lots more fun than a town crier). 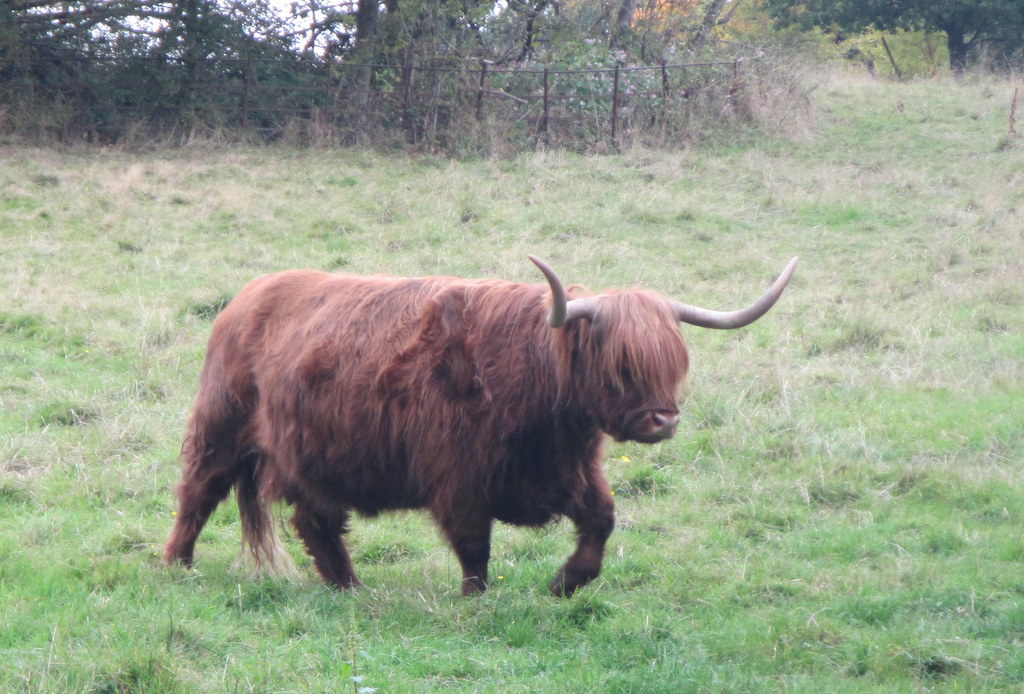 Just to show that everything is not quaint and old timey, here is the new transportation museum on the banks of the River Clyde designed by Zaha Hadid. Destination architecture for sure. This is a good moment to mention that we anticipated rain and packed accordingly but the sun shone every day and the temperature was very similar to here. 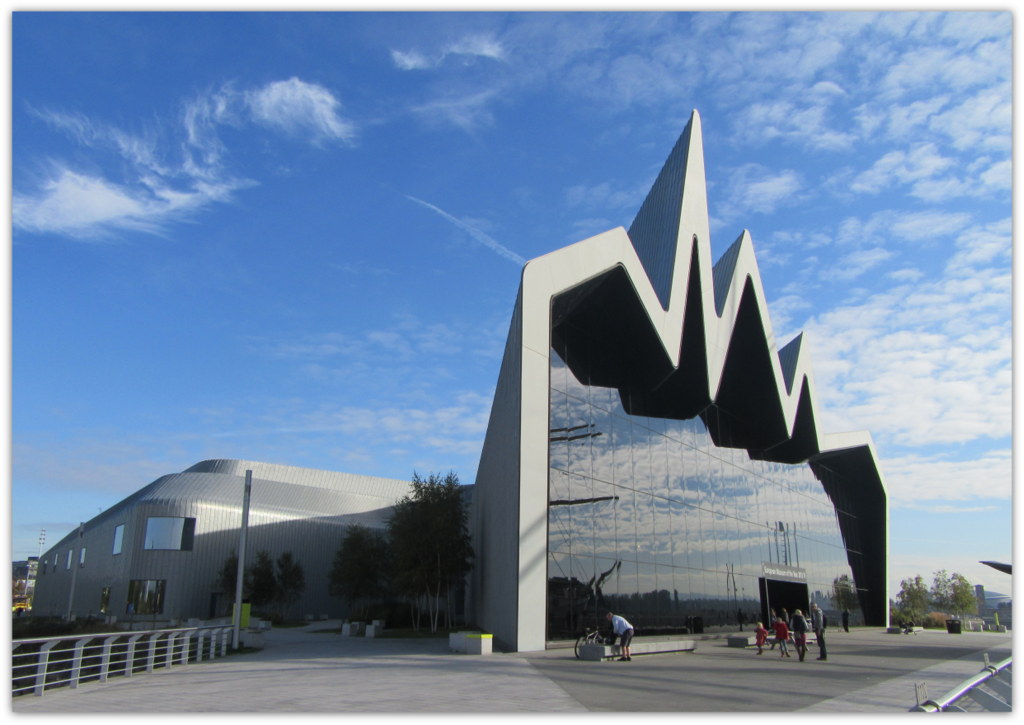 The old residential streets are lined with sandstone tenements (the local term). Many have cast iron railings which are a particular treat for me. 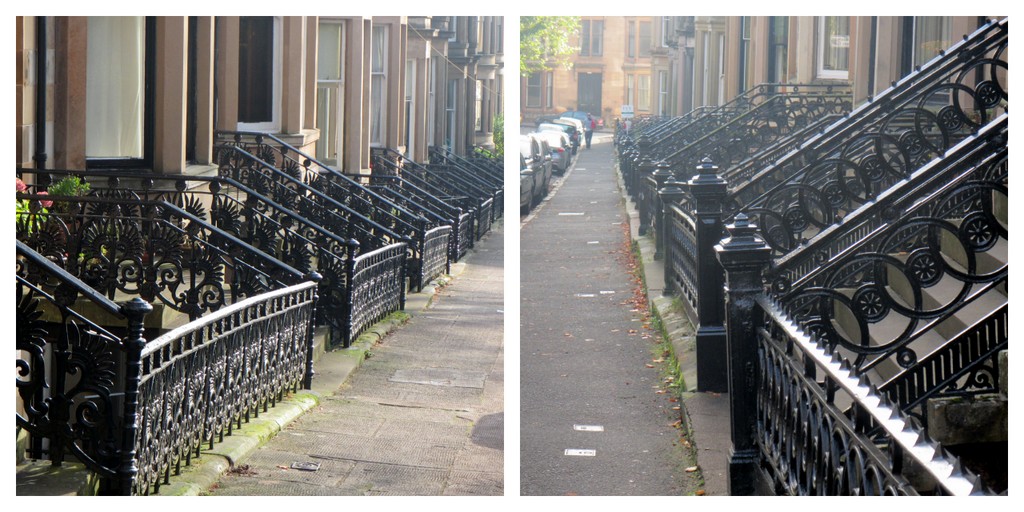 The low northern sun made crisp shadows and I couldn’t resist a shadow selfie. 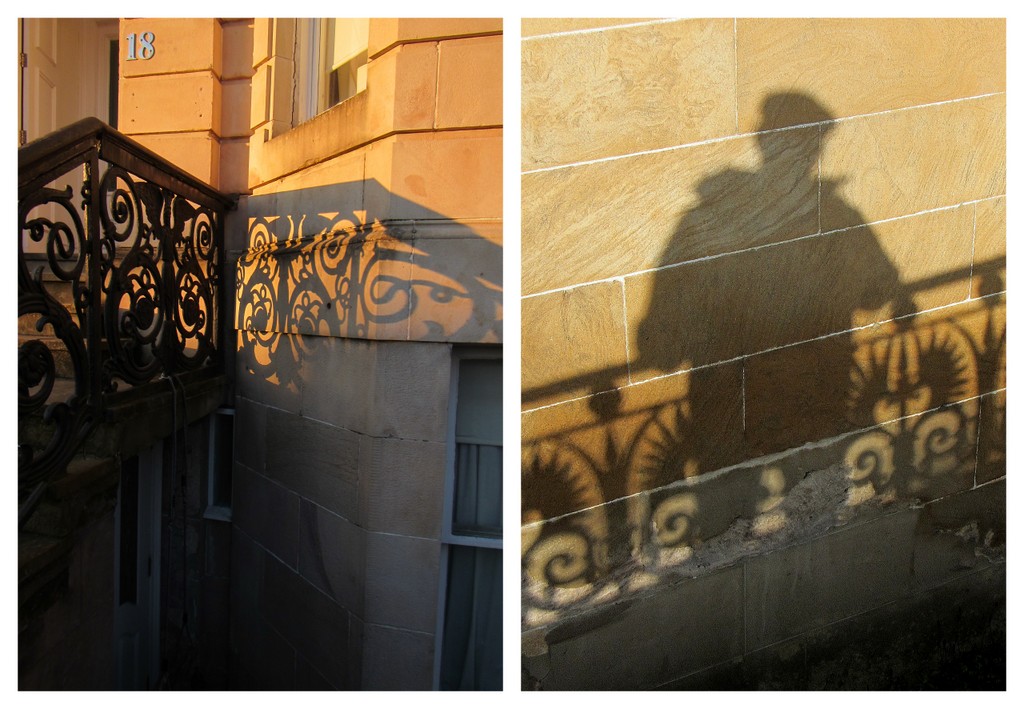 We were in a number of great, old, glass roofed structures. Here is a beautifully restored, 19th century glass house at the Botanic Gardens and the platforms of the Central Station. Halifax could use a covered winter garden like many northern cities enjoy. 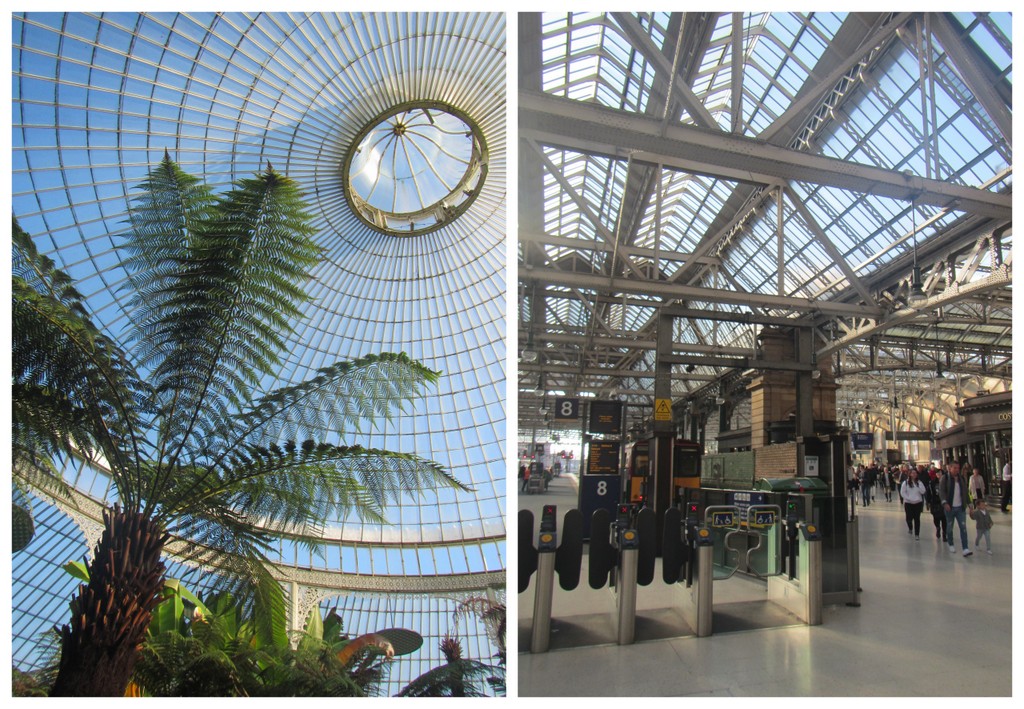 We were charmed to come upon this view walking back to our flat the first night (we stayed down a short street to the right). That’s the river Clyde and the big white building is the Zaha Hadid-designed museum. In fact the whole visit was charming. 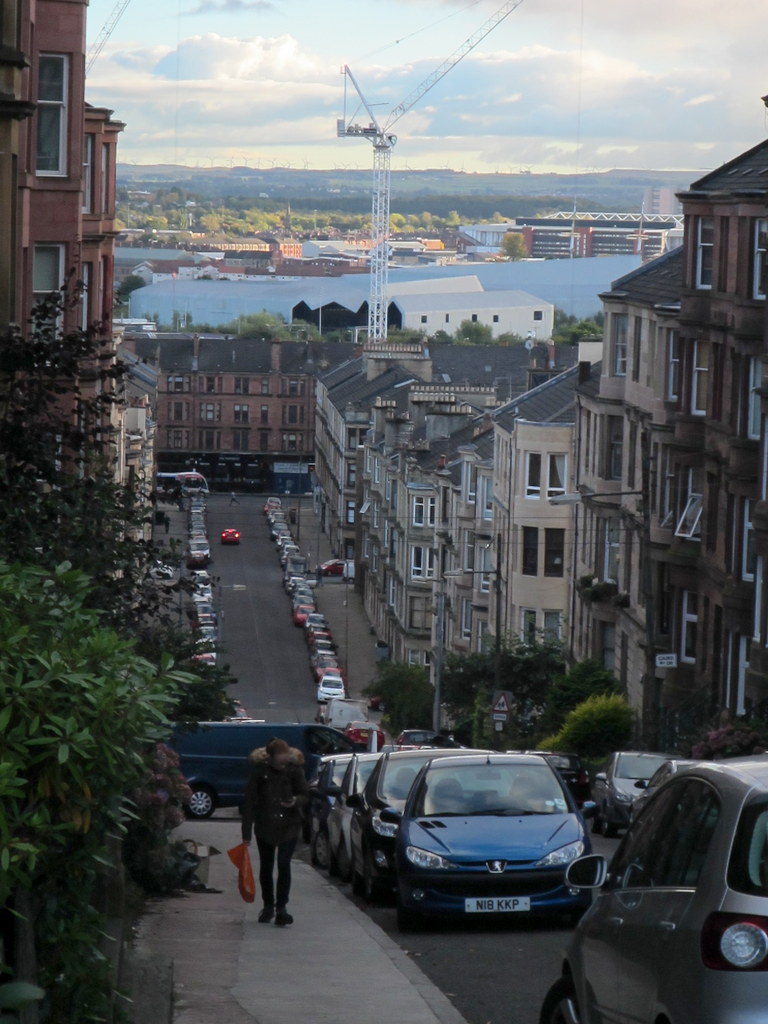 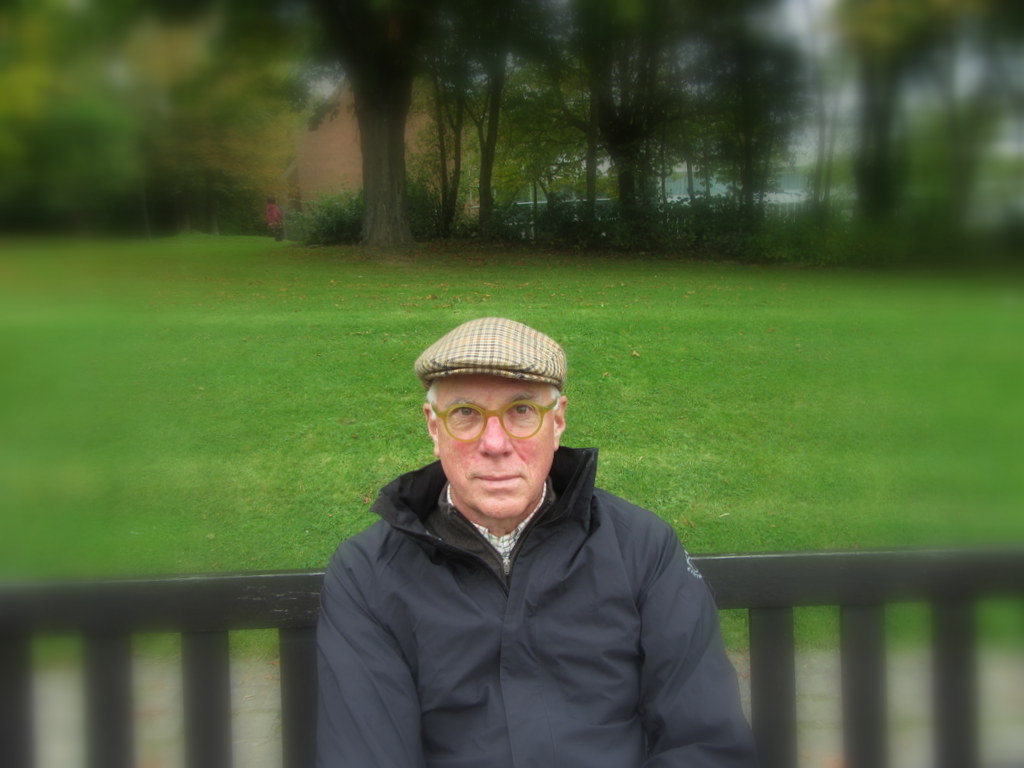 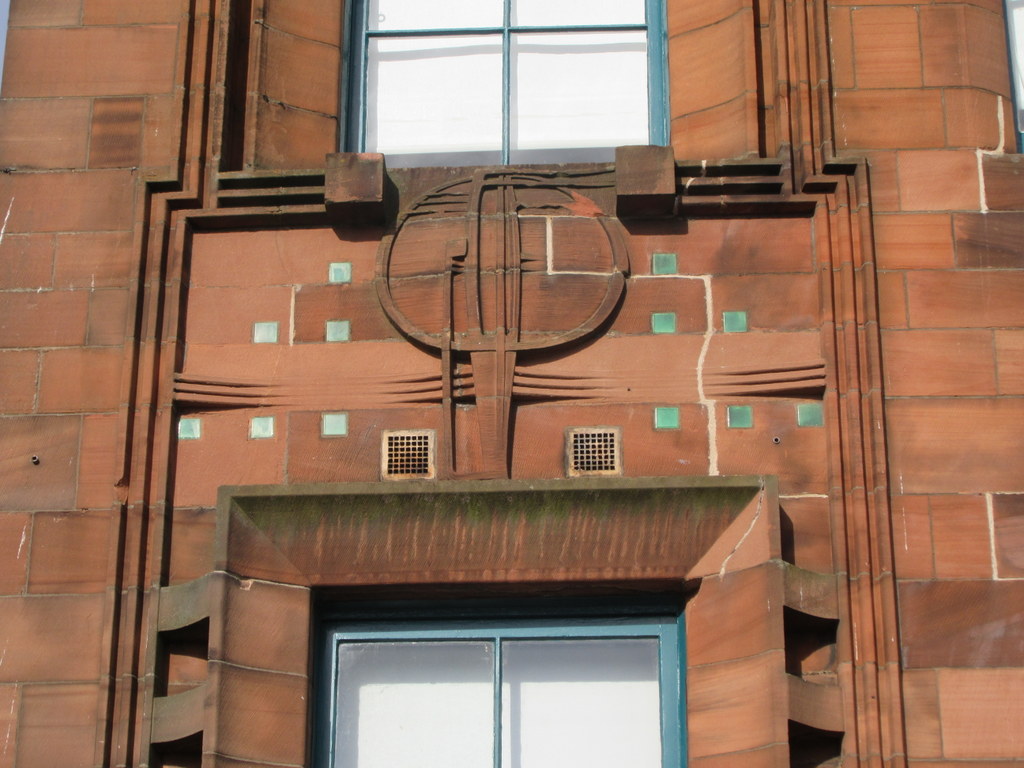