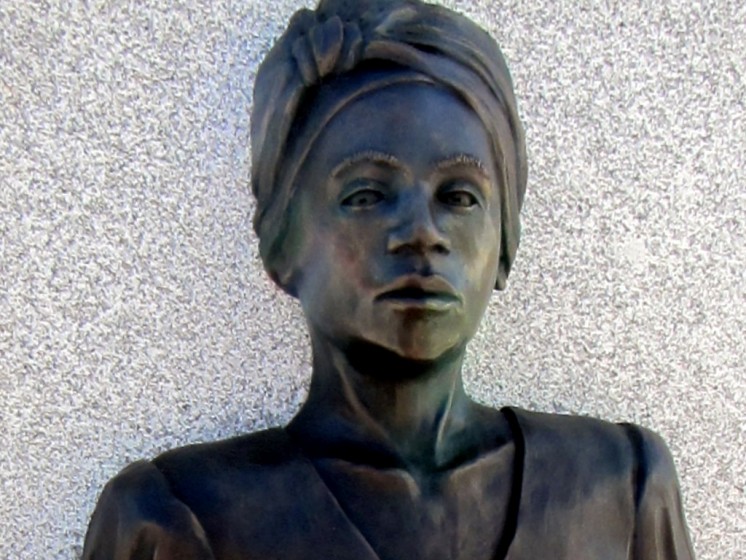 Pretty much every year we drive to Sheila’s family farm in the southwest corner of Quebec.  It’s a road trip we enjoy because, if you have time to spare, there are many ways to get from here to there.  This year we decided to spend a night in Portsmouth, New Hampshire on the return journey and I’ll show you some of the things that caught our attention.

The last time we visited Portsmouth was in the 1970s and our sense is the downtown has become much more prosperous and lively since then.  An indicator of this was a local telling us that parking capacity is an issue.

We left the car at our hotel and walked, which is of course the way to see where you are, particularly in a town that was founded in the 1600s when street grids could be a little informal. My Halifax Blogger colleagues, Gillian and Drew (The Local Traveler) have a number of recent posts about the charms of Portsmouth.  I particularly liked their 13 reasons your dog wants to vacation in Portsmouth.  Suddenly I was noticing dog-friendly messages (and I’ve never had a dog nor do I want one – even as cute as Charlie).

Portsmouth has interesting examples of architecture from all its centuries.  After a long day in the car it was lovely to pause, on the stroll to a waterfront restaurant, to admired metal cornices on a large Second Empire house and intricate art deco decoration on a commercial building. The next morning we rambled through older sections of town and saw some of the beautifully maintained 18th century buildings. . . and a robust cast iron fence of a style you won’t see in Nova Scotia. But the real reason I’m plugging Portsmouth is this little discovery: the African Burying Ground Memorial. We happened upon this about a block from our hotel and were enchanted with every detail. Seems that a burying ground for early black (enslaved) residents of Portsmouth had been “lost” and eventually paved over.  It was rediscovered a few years ago and the community worked to create a fitting memorial. To us it felt like a great success. A ribbon of granite flows down the site with words from an 18th century petition by a number of enslaved black people in Portsmouth asking for freedom. It leads to a group of stylized figures . The sculptor gave each figure a line of text, which are surprisingly powerful and encouraged me to engage with them all – a chorus of voices. I stand for Ancestors Here and Beyond

I stand for those who feel anger

I stand for those  who were treated unjustly

I stand for those taken from their loved ones

I stand for suffered the middle passage

I stand for those who survived upon these shores

I stand for those who pay homage to this ground

I stand for those who find dignity in these bones

At the upper entrance to the site a male figure stands pressed against a granite slab.

Somehow I knew to look on the other side and discovered a female figure. Flowers had been placed in her hand. Then I realized the figures were reaching for each other, but there was a  poignant  and  painful separation. We later learned that the memorial had just opened in May.  Clearly a lot of creative energy had been invested in the project.  It felt like the burying ground would never be forgotten again.

If these were pieces of land that might have some new use in the future, a wise city would be thinking about how to appropriately memorialize the dead before it became a big ta-do .