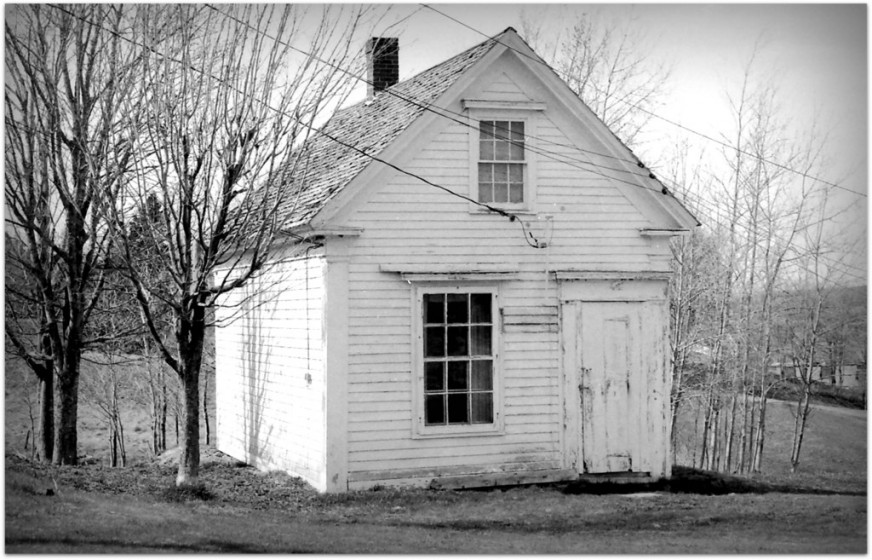 If you follow this blog you will realize I’m a fan of many things. One of the things I like are gable-ended buildings; where the triangular bit of the wall faces the street. Often there is a reference to classical temple buildings, think the Parthenon in Athens. Or closer to home, think of the Court House in Liverpool, a pretty good Greek temple, executed in wood instead of marble. If the free standing columns become flattened against the wall, you end up with buildings like this church in northern Nova Scotia  (there are a number of almost identical from Amherst to the Fundy shore). Then you get to shop buildings like this one in Maitland (photographed in the 1970s) with roughly temple front proportions and four pilasters (flattened columns).  Notice the very peculiar entrance with two doors meeting at an angle. Get the general idea? Really these are just fun buildings to notice because they come in all sorts of variations. A former fire station on Queen Street in Halifax  has a row of pilasters on the second story. Some more shop buildings with the same theme. This intriguing shop building in Bear River  is often photographed. The little pediments over the windows and door are unusual. Narrow, gable-fronted buildings worked well on urban and town streets.  The buildings might not be wide, but they could be deep and built close together. The business district of River John about 1980 was a good example. Or these beloved worker’s houses on Agricola Street in Halifax. More unusual,  are barns with the main entrance in the gable end.  There were some good examples in the centre of the Annapolis Valley. Sir Sandford Flemming’s barn in the “Dingle Park” is a lovely, self consciously rustic building. Near Yarmouth and in Chester. 2012

I was going to suggest that gable-ended buildings  are what children draw when they want to render a generic house.  I remembered that there was one of my drawings from grade one with a house (drawn the year we lived in Virginia, 1953).  Turns out that instead of a gable end I drew a  nice little Cape Cod style house along with George Washington  cutting down the cherry tree with his new little axe.  Some dynamic smoke coming out of that chimney.