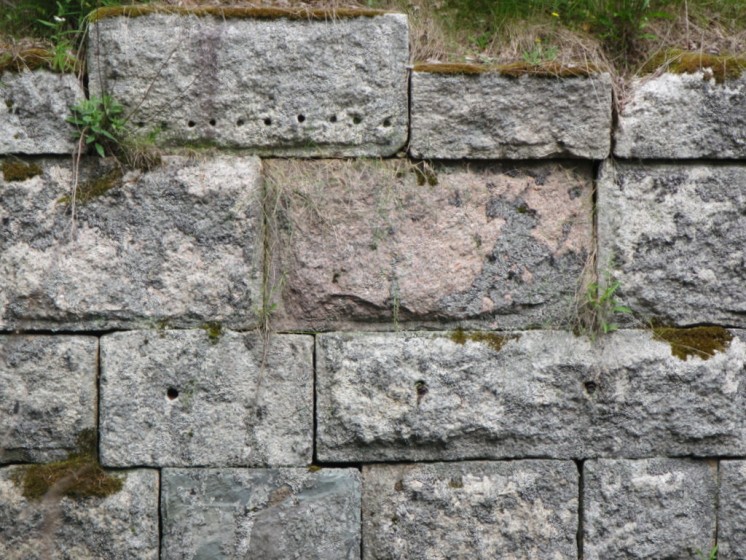 A couple of Sundays ago I decided to leave the cove and take a little walk and ended up going over to Shubie Park in Dartmouth.  I’ve walked in the park perhaps once before, but not in this century so it was one of those “I’m from Mars, this is all new” experiences.

The Fairbanks Centre greeted me at what feels like the main parking lot (there seems to be parking in a number of locations). I remember being fond of the building when it was new and it remains a good example of the post modern architecture style. This is the headquarters of the Shubenacadie Canal Commission. 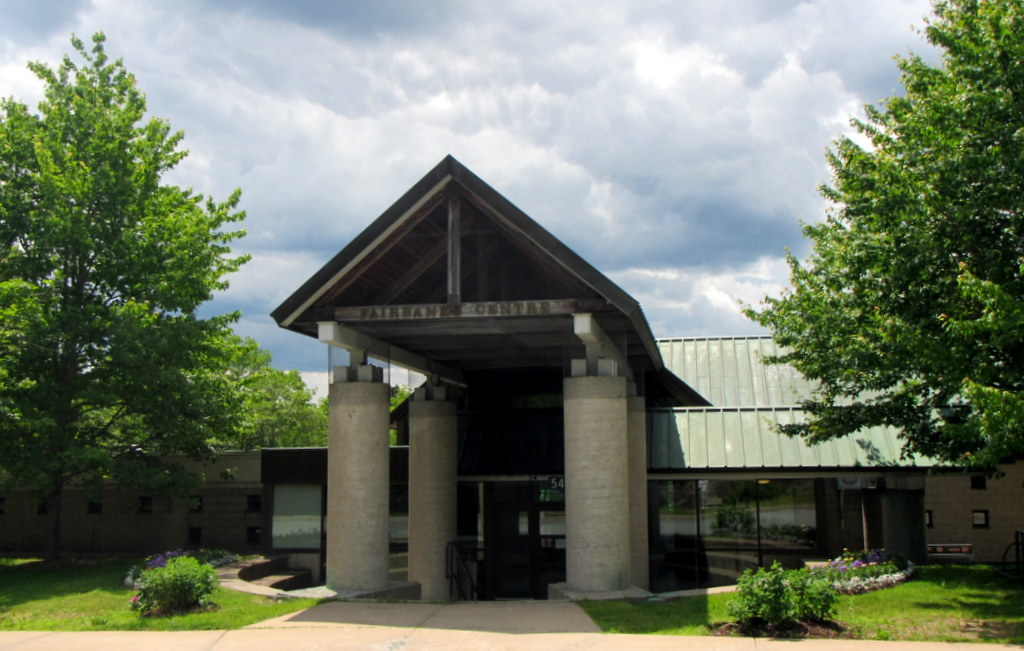 Of particular interest to me are the remains of the Shubenacadie Canal that run through the park. The history of the canal is well explained with many interpretive panels. The locks have impressive stonework and digging the channel by hand in the 1820s and 1850s  was epic (as they say). 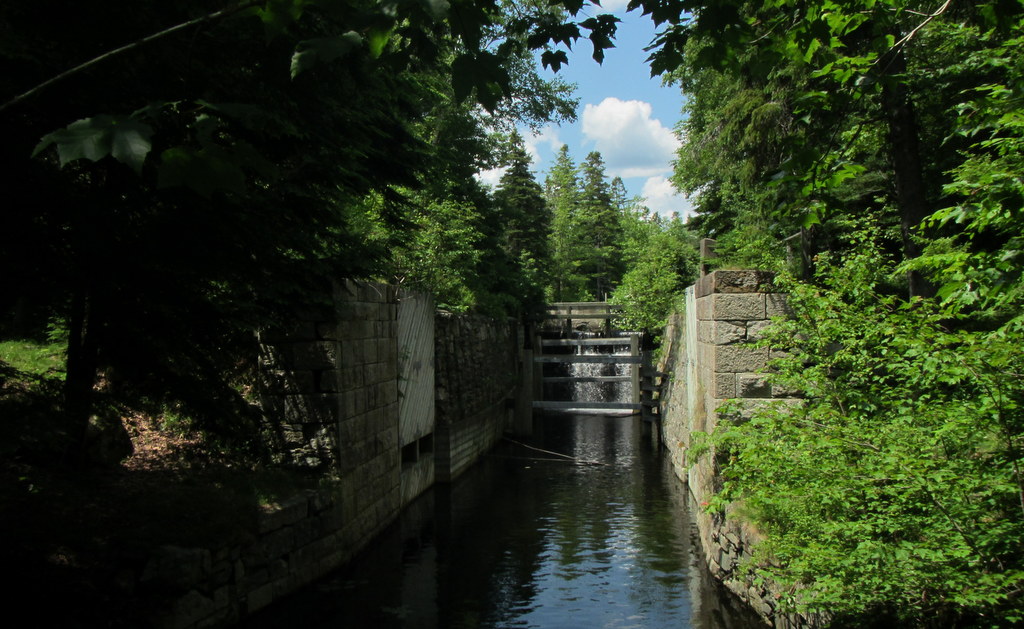 An interpretive panel that really appealed to me,  described the official ground breaking ceremonies on July 25, 1826 (189 years ago). Present day event planners would love the original plan.

The Governor General and Lieutenant Governor were there (1) and military officers (2) and the Masonic Lodge (3). A guard of honour (4) , a regimental band (7) and some cannons (6) provided more colour and sound. When the ceremony ended the Irish labourers (5) stepped forward and began to dig.

A big surprise for me was coming upon sections of off-leash dog park.  I don’t recall being in a dog park before and it certainly has a special character. There are lots of dogs on a sunny Sunday afternoon. Lots. Big ones.

As my ramble continued I came upon a little seating area that had something to do with celebrating dogs. I was going to pass it by when I noticed there was an elegant  granite step  that must have come from a grand house. The step  had been neatly sawed in two, perhaps so it would better fit the entrance to the deck.

The beautiful curve at the end of the step is a detail found on fine Georgian style houses. On the right, for comparison, is the step at the Prescott House Museum in Starr’s Point, c1811. 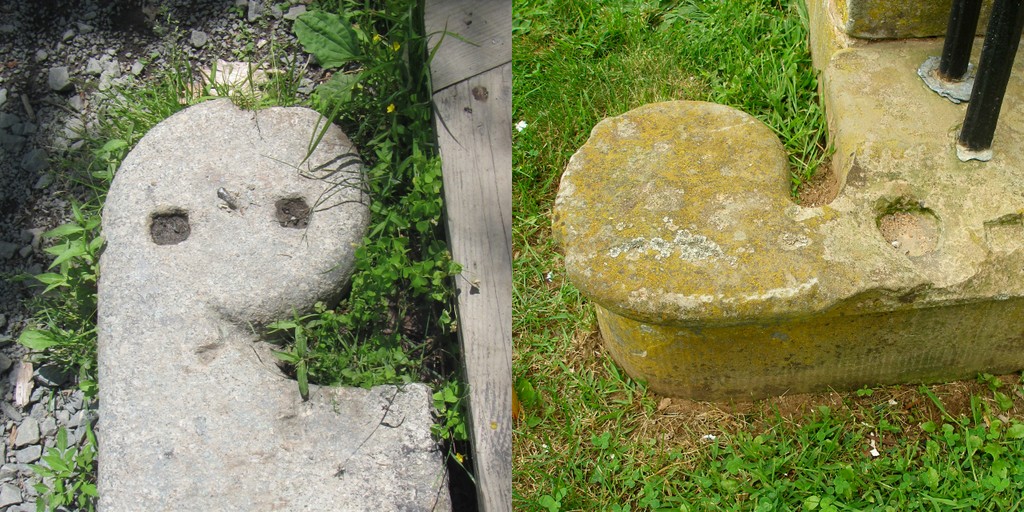 Then I realized  there was also a lovely McAvity fire hydrant, made in St John. Nothing is too good for our dogs. 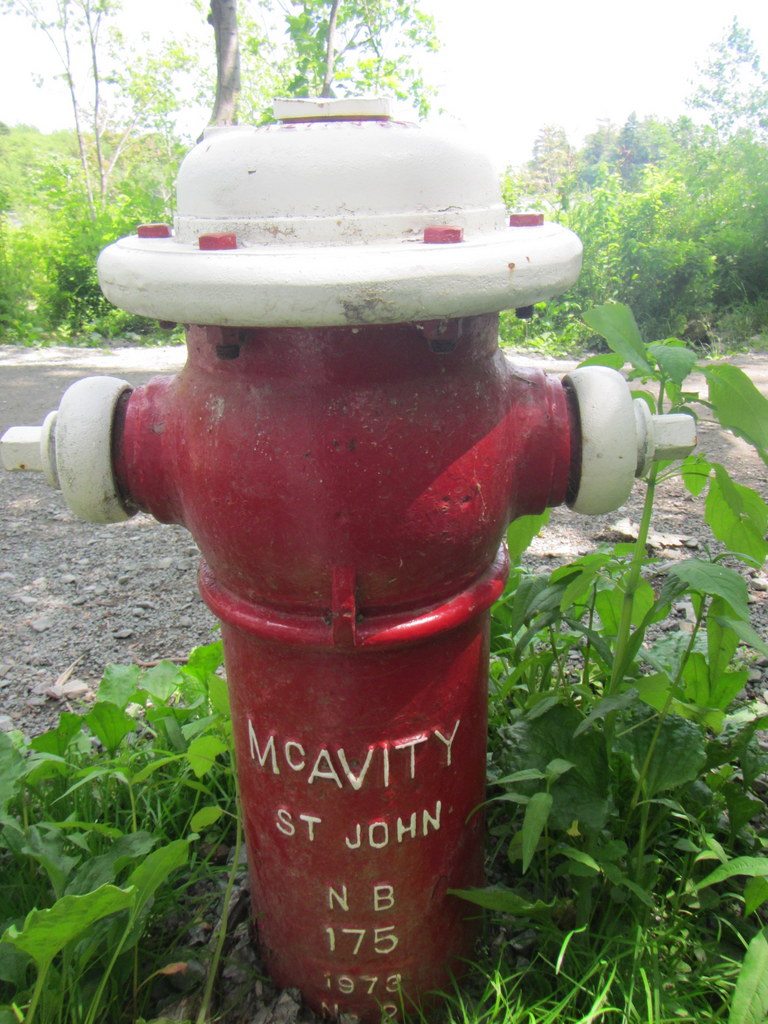 Another surprise was to emerge from a  wooded path at the busy four lane highway, facing a dreary view of Dartmouth Crossing. I’m sure there is a way of avoiding this experience but I’m from Mars and it’s all new. 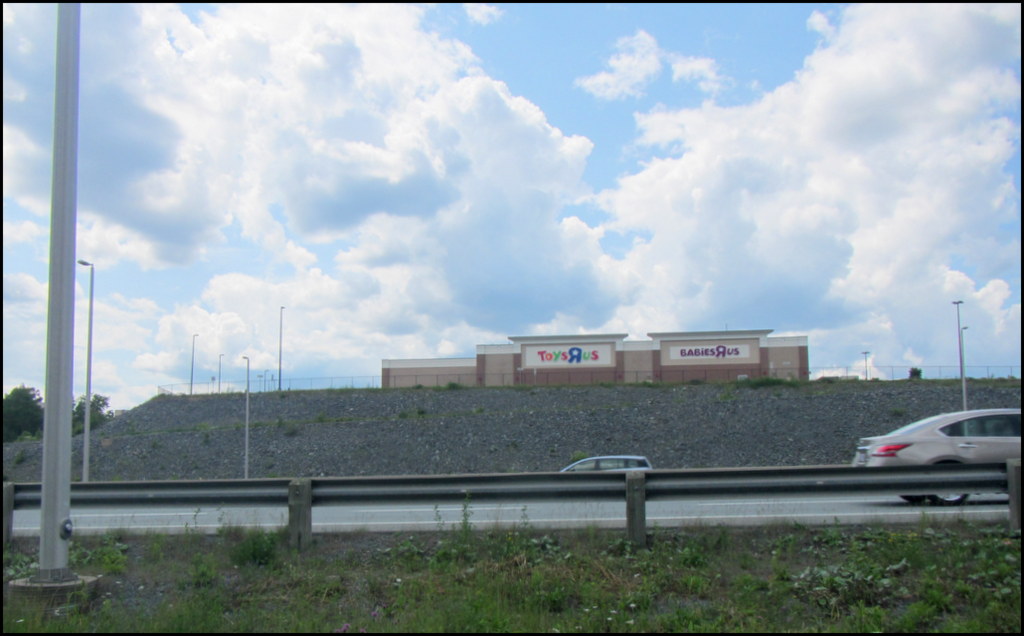 When I returned to where I’d started there was a sublime view up the canal with paddlers in the still water and children playing along the towpath. 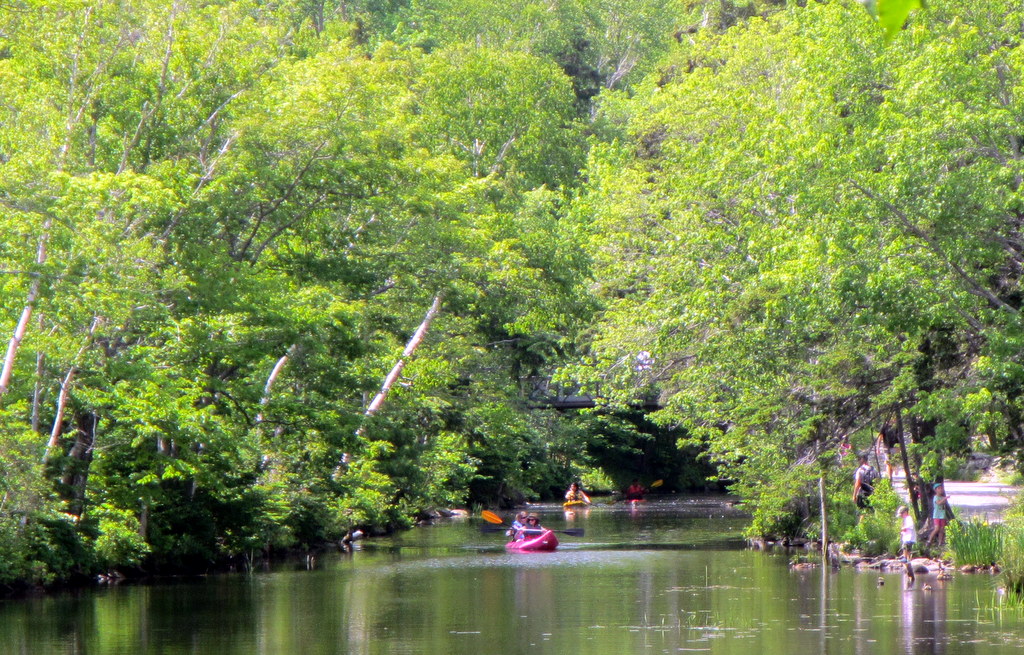 And then the perfect way to end a walk. An ice cream cone from the smartly signed Lockside Café. 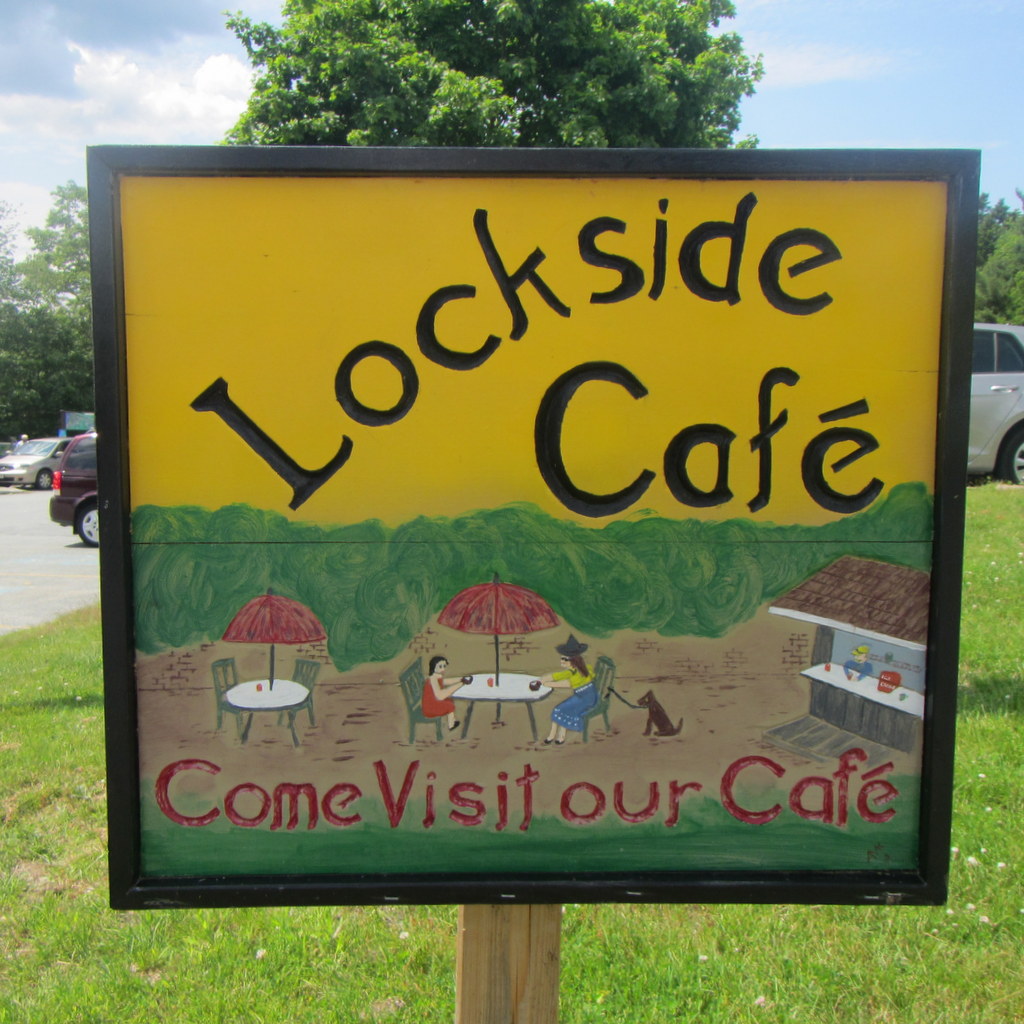 A similar thing happens along the canal where visitors are  reminded several times of the Fairbanks method of building lock walls, which was less expensive and faster than the English method. Fairbanks  on the left. 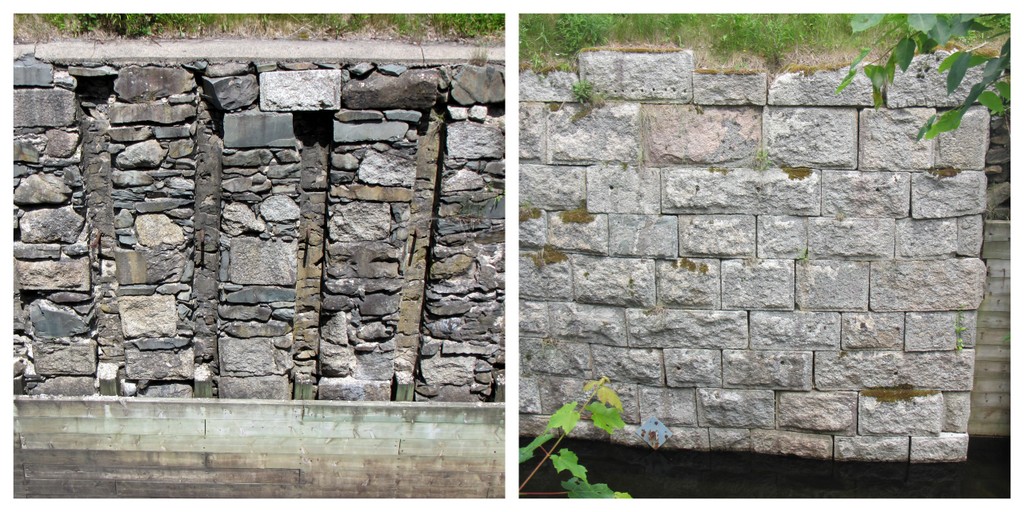 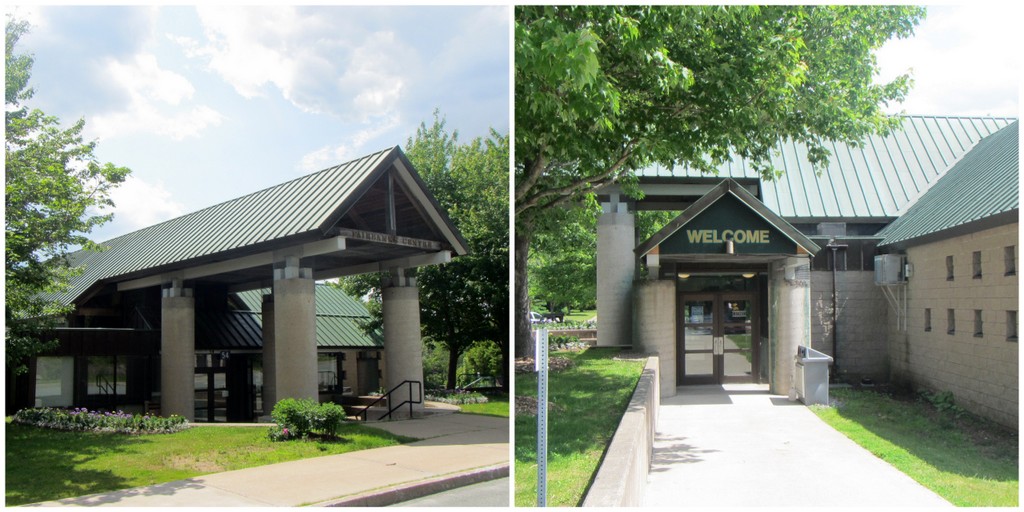 It wouldn’t take too much to landscape the portico so that people from Mars didn’t end up at the locked doors.